It was plus 4 and dry first thing.

Wednesday morning. No horses to work...Rhosneigr and Blazon cantering

We are turning more horses out here at Thorndale in preparation for their journey to their full time summer holiday paddocks..

I don't believe I have ever turned horses out so early.. Yes I know we have been forced to, but the ones at Thorndale are not fully out ..they will be when they head down to Andoversford next week.

Funny world, but can you imagine what the ground on most jump courses would be like now.. No rain since Cheltehnam and plenty of drying winds.. it could well have been fast and rough on many racecourses!

Jockeys and trainers are trying to survive.

Several jockeys are helping out by planting blackcurrents in Herefordshire. Trainer Seamus Mullins has started stacking shelves in his local Waitrose. There will be more news of various trainers and jockeys trying new ways of making a living while racing is in lockdown.

Andy has been Chairman of Warwick Racecourse for the last 7 years and has been a brilliant one.. too old to carry .. This ever youthful man would have given a party to remember today..

Andy it is no excuse not to have a 71st!! And by the way we will miss you at Warwick.. No more rude remarks to this trainer again...

Charles Atkinson who has a share in the KBRP horse Yeavering Belle has kindly taken up the mantle of Kim Bailey Racing Community spirit..

'My breakfast wouldn't be the same without your blog as an accompaniment, so I thought I'd reciprocate with a few memories of racing abroad.

We're having a pretty awful time here, but it pales in comparison, I imagine, to what they are suffering in India, a country so populous that social distancing is simply impossible.

I have a great affection for the place, nurtured over several visits, and have particularly fond memories of racing at Calcutta, an extraordinary course because from the stands you could almost believe that you were in the heart of the English countryside and not the centre of one of the most teeming cities in the world.

Beyond the racecourse, which is a lovely, sweeping, right-handed track, lies the Maidan, Calcutta's vast central park, at the far end of which is its famous cricket ground.

So you look out over a huge expanse of greenery, punctuated by the great glittering dome of the Victoria memorial, a cathedral-like structure commissioned by Lord Curzon in the days of the Raj, and recall with a start that two hundred yards away are streets crammed with pedestrians, bikes, mopeds, tuk-tuks, cars, lorries, and cows, the last four of which (particularly the cows) are belching out exhaust fumes, and you think: 'Is this real?'

As soon as you arrive at the course, someone 'materialises' to look after you, rich, spoilt Western tourists being an invaluable source of income over there.

You are ushered to a box with a superb view of the whole panorama, in stands that have a faintly decaying grandeur (rather like Longchamp before its refurbishment) food and drink appear as if by magic, and the attendant provides a courier service for taking your bets to the bookies.

We had considerable difficulty in persuading him that we actually wanted to go down to the paddock; the idea that fat lazy tourists should choose to move an inch more than they had to seemed rather baffling to him. There was an enthusiastic crowd, and a really bustling atmosphere by the bookies' stands, and some outrageous bloody tax, I recall, of about 15% on every bet.

The horses were lovely, beautifully groomed and glossy. To me they looked slightly smaller than the average English thoroughbred, though I imagine they were descended from bloodstock brought over to India in the days of empire.

The standard of jockeyship was rather variable; some of the jocks were polished and well-balanced, but a few were clinging on for dear life, as if they'd only got on a horse for the first time that morning.

David Bass, I am sure, would ride rings round them.

The commentary was utterly frenetic, even when it was obvious two furlongs out who was going to win. It reminded be a bit of Peter Bromley, about whose health I used to worry in the closing stages of a race. Very different to the velvet tones of Peter O'Sullevan.

So we move from India to Zimbabwe, to the races at Borrowdale, in the chic Northern suburbs of Harare.

I visted Zimbabwe a number of times in the 1990s, and it was a wonderful destination, very friendly, with superbly maintained national parks and a perfect climate, a dry heat with none of that clammy tropical humidity that completely drains your energy (or at any rate drains MY energy).

I was standing paddock-side studying the runners for the big race, the Zimbabwe cup, with my usual futile intensity, when there was a sudden flurry of security men, fanning out in the paddock, and Robert Mugabe shimmied in.

Shimmied is the right word, I think; he was very sprightly in those days.. Then he spoke rather sombrely to some of the jockeys.

This was 1997, or thereabouts, and his ruthless side had already emerged in the suppression of dissent in Matabeleland in the 1980s, but he was still considered a 'good thing' in the West; and indeed the economy was flourishing, the farms were the breadbasket of Africa, the schools were in great shape, the tourist industry was booming...so I looked on him with a not unfriendly eye.

Had I been there ten years later, after he had rigged elections, plundered the economy and reduced his people to poverty, I would have felt very differently.

The Zimbabwe cup, a Melbourne-cup style long distance handicap, was won by the favourite, to the delight of the crowd; he was a sort of Persian Punch, one of those flat horses who stay around long enough to capture people's hearts. I only remember it because I backed him - ah! the selectiveness of our punting memories!

So on to Bulawayo, beautiful Bulawayo, in Matabeleland, which had its own course, called Ascot.

In the car park was a space reserved for Joshua Nkomo, Mugabe's long time political rival, though there was no sign of him when we went to the races there. Despite its name, the course wasn't very regal, just quiet and soothing.

Most of the punters were poring over a form guide so detailed you could have spent a week on it and still not have finished.

Bulawayo itself was one of those cities where you walk around in perfect security at any end; I doubt if it is now. It had a marvellous French-style restaurant, where on the menu, amongst other things, was crocodile.

There is a particular resonance to eating crocodile in Africa, particularly if you've just been on safari, because you're thinking, 'I got you, you bastard, before you could get me.'

Anyway, enough reminiscences for one day.' 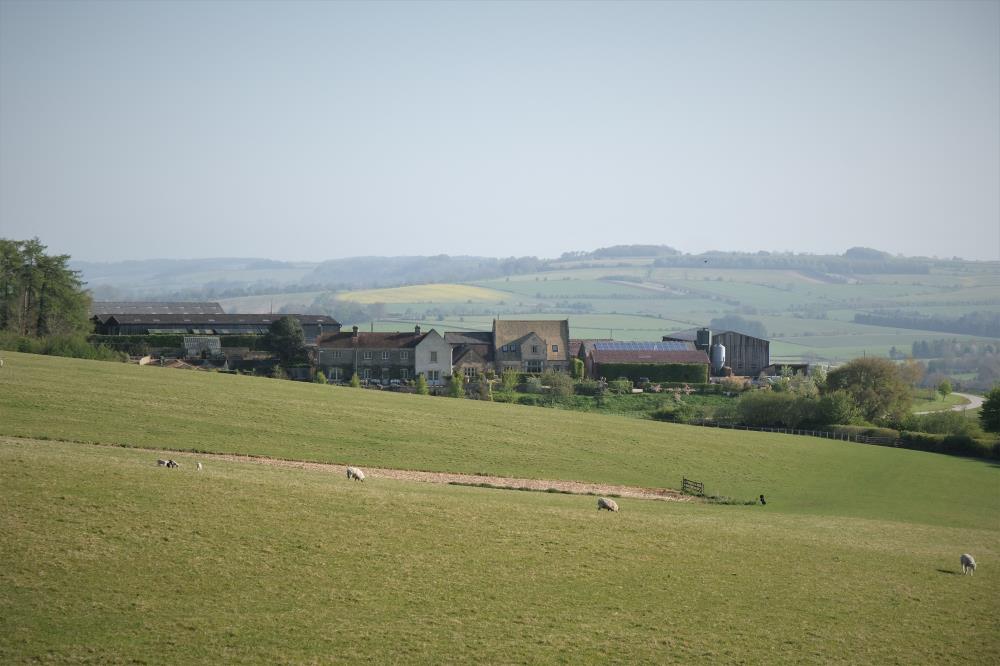 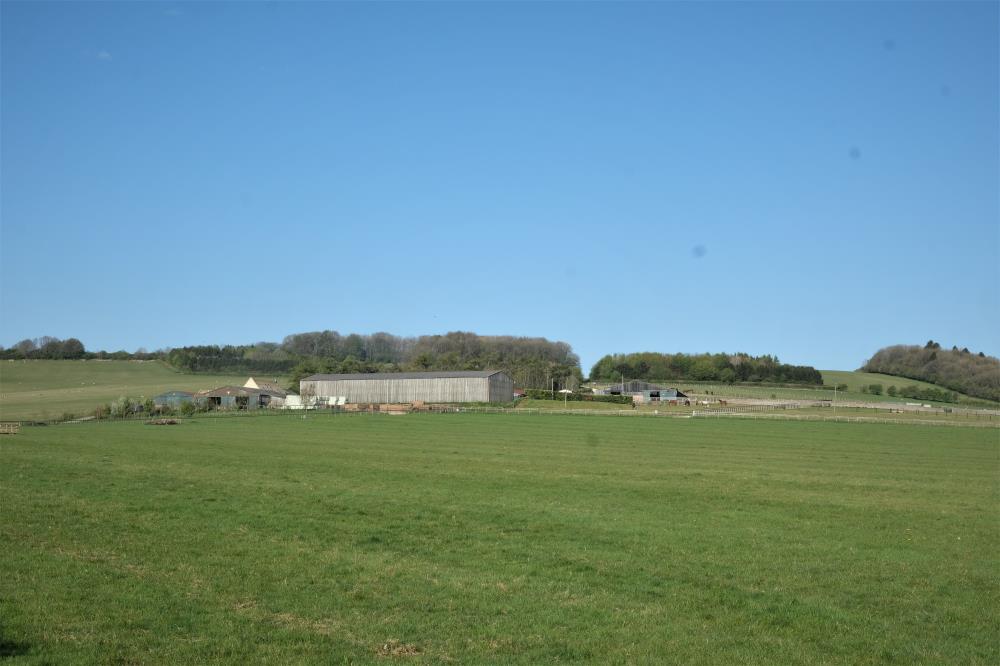 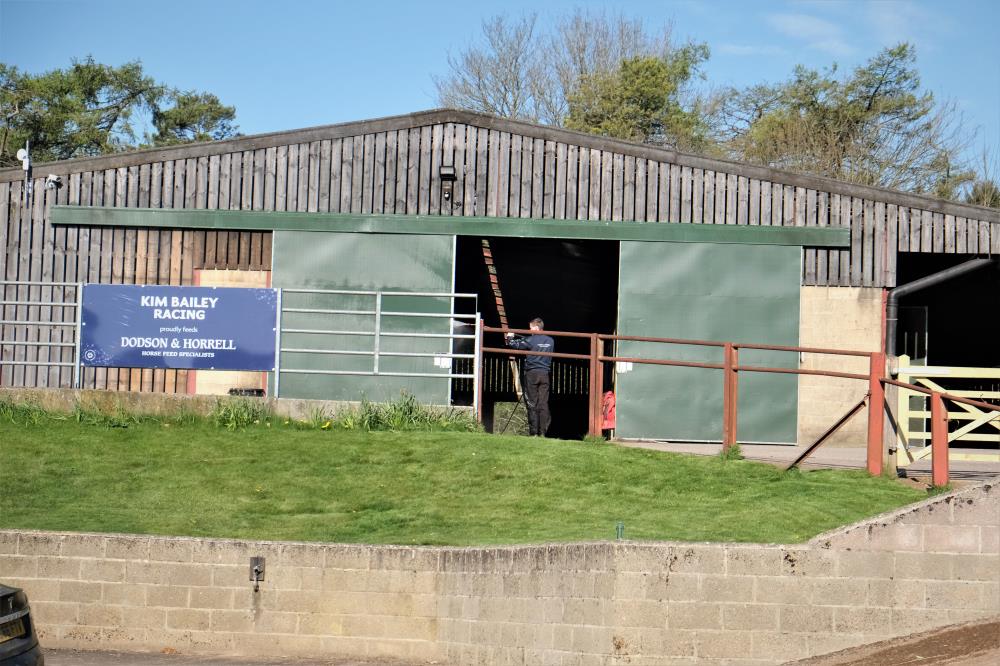 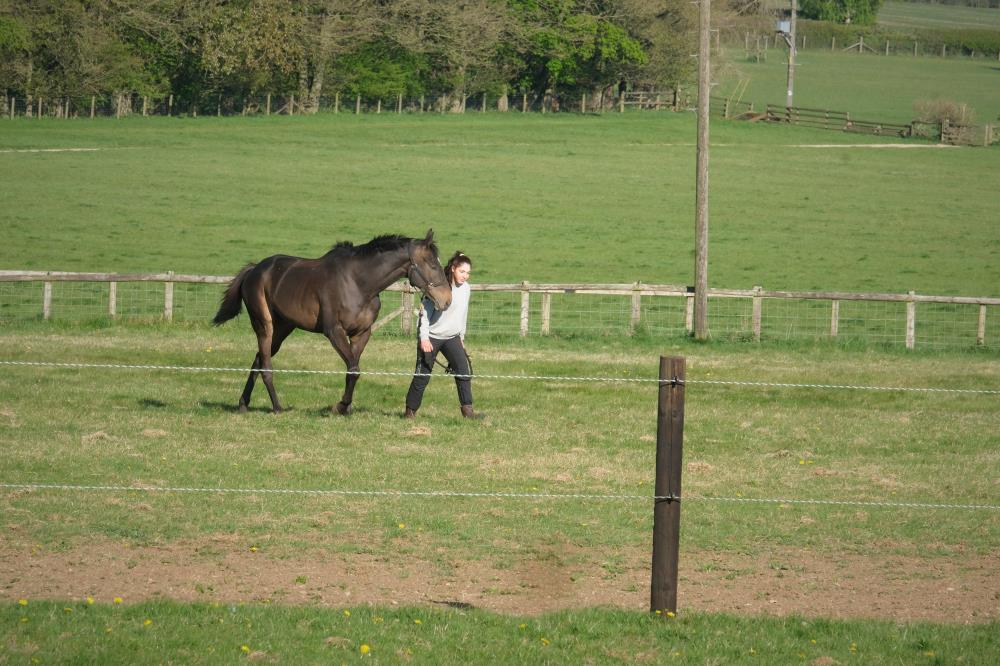 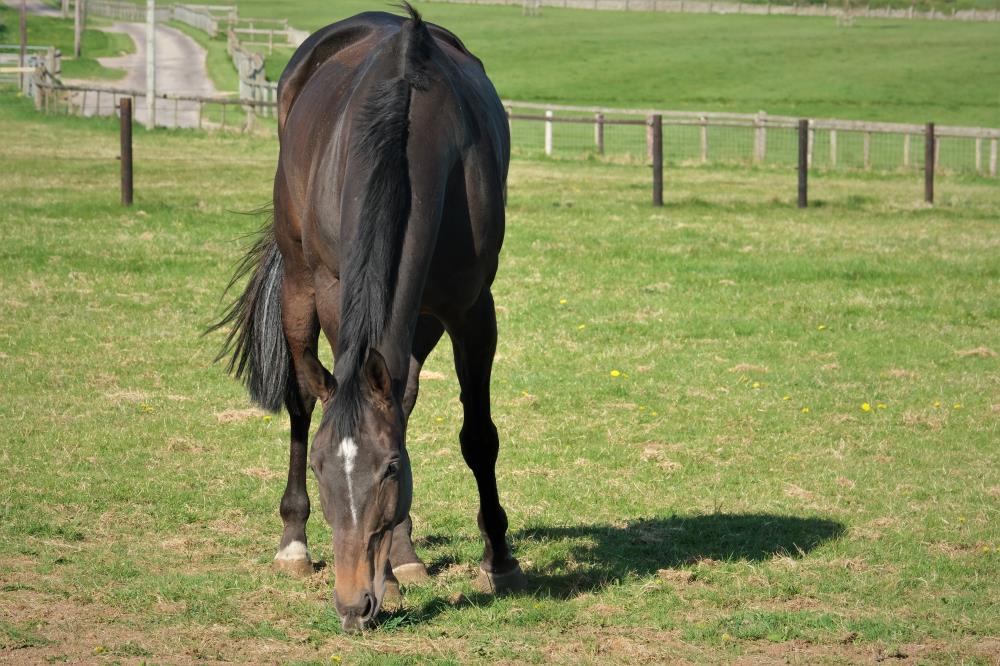 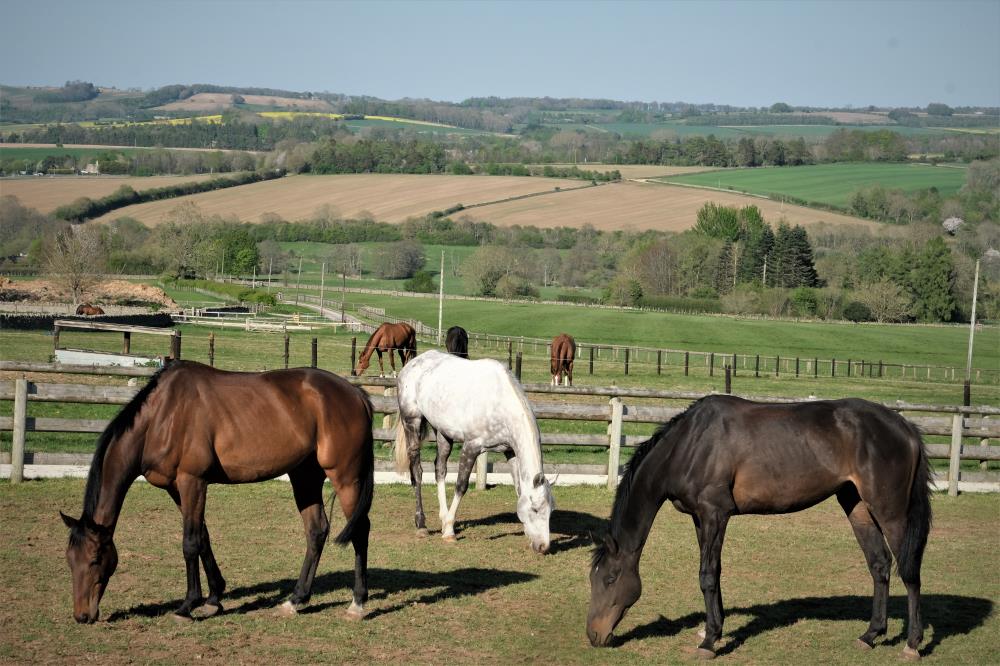 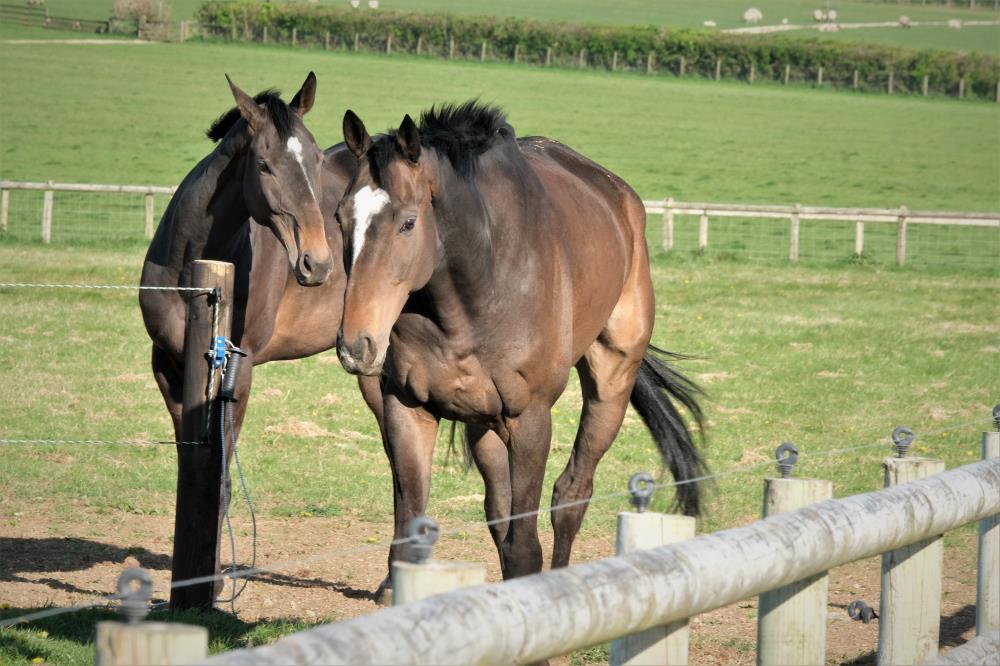 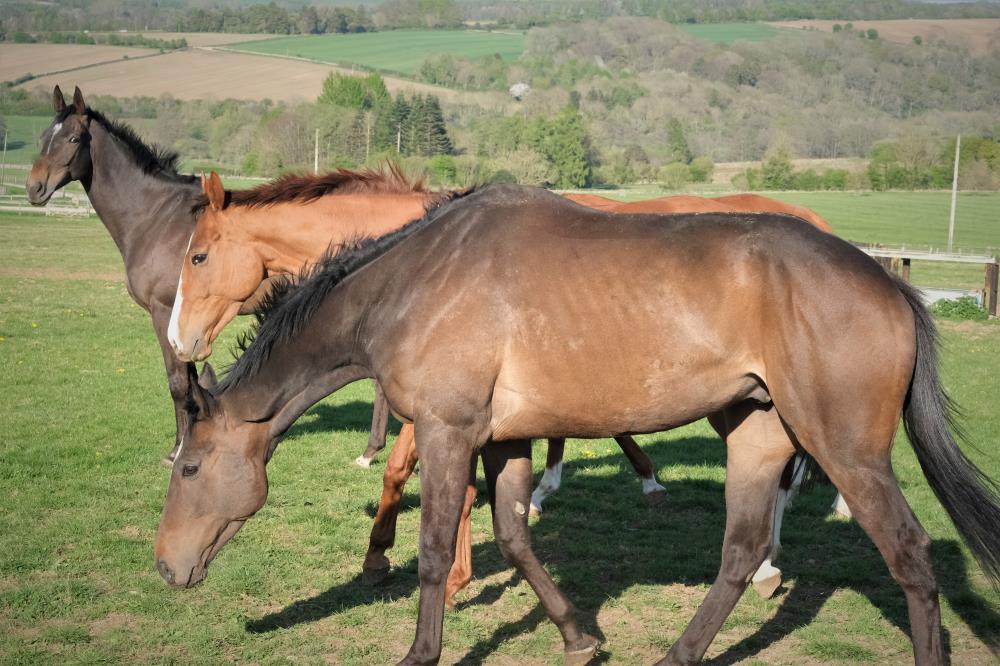 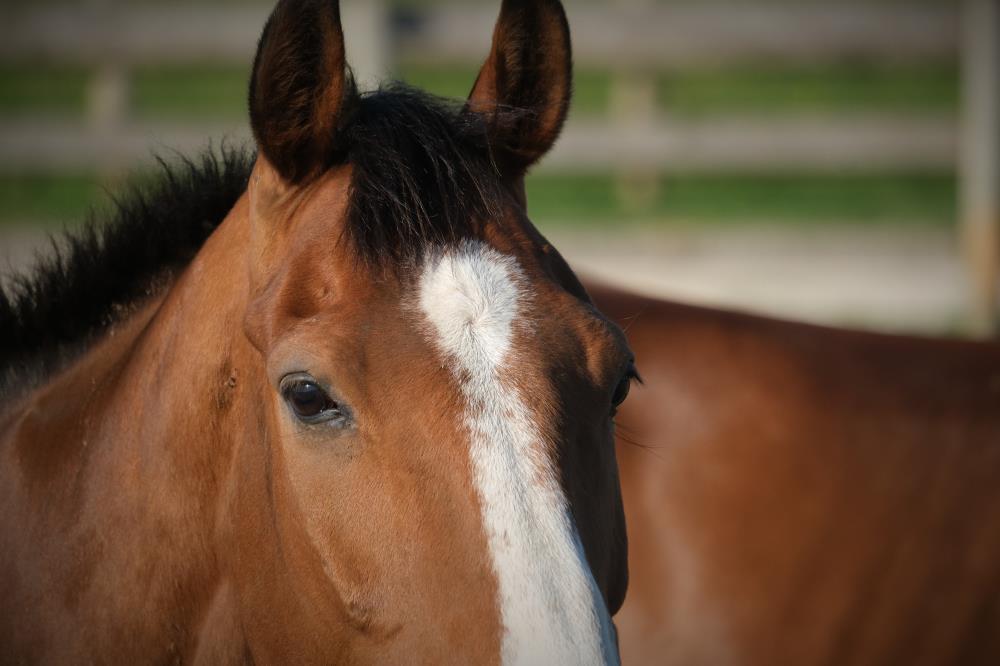 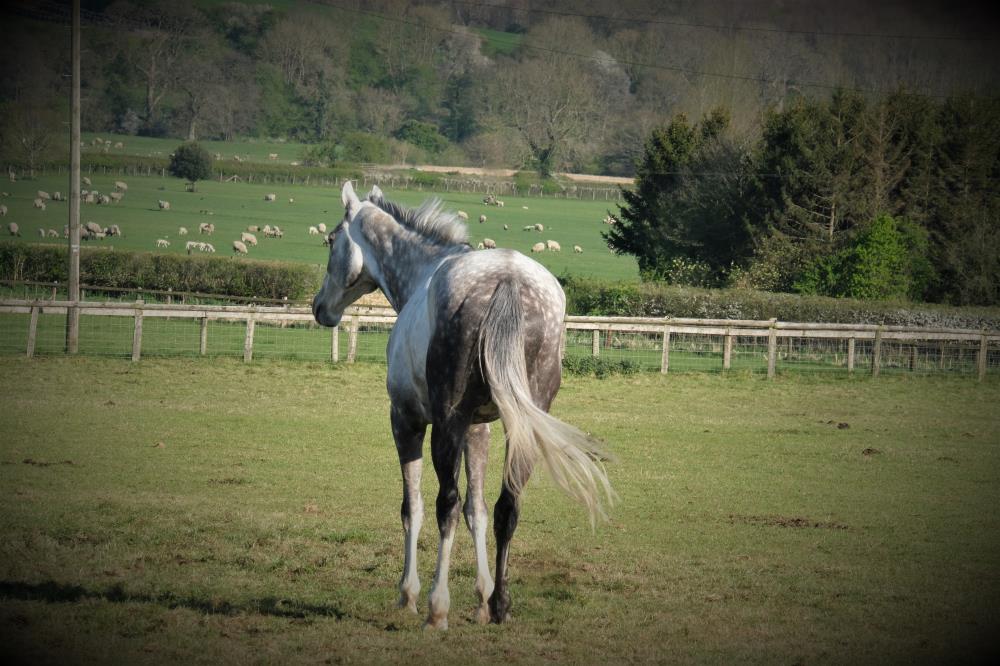 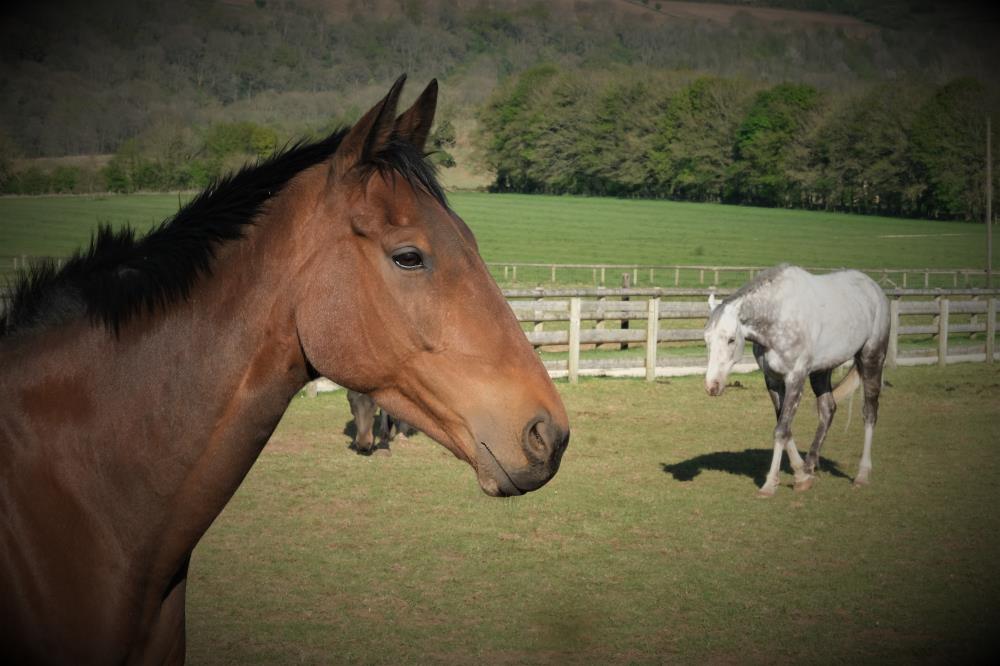 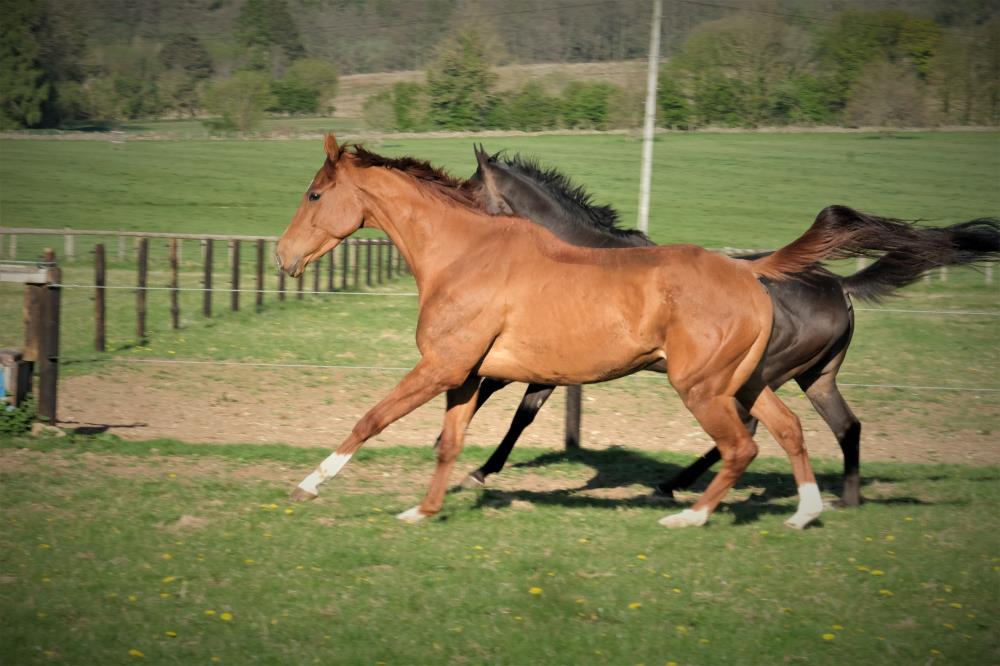 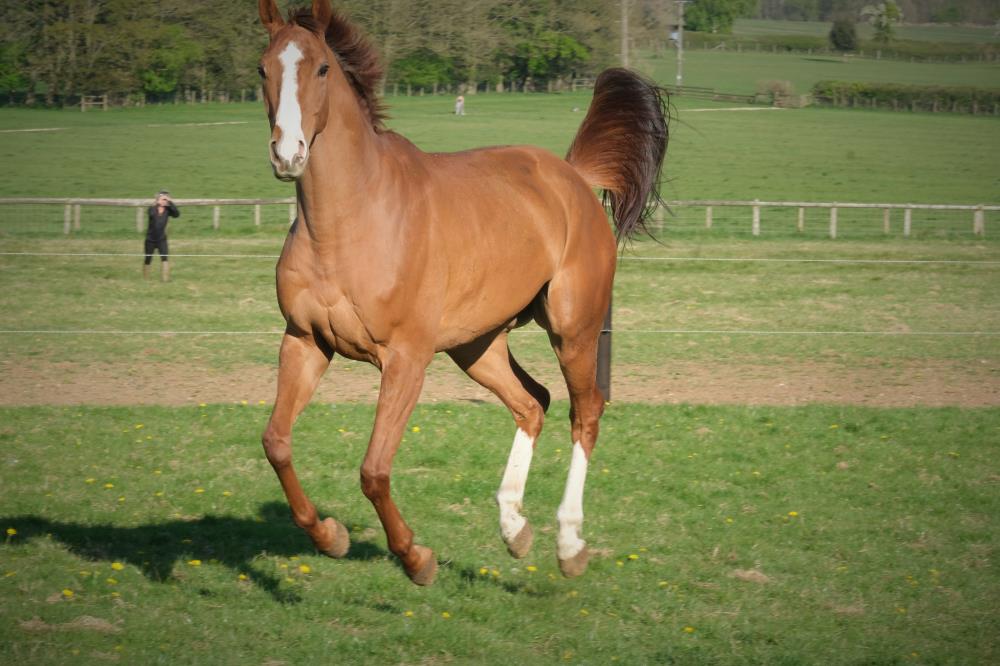 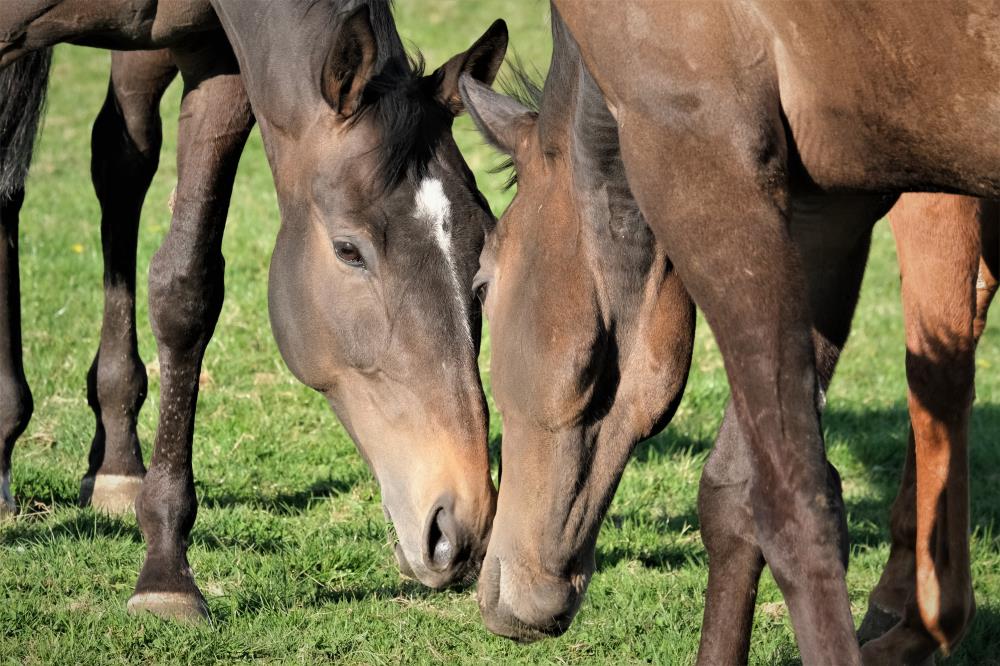 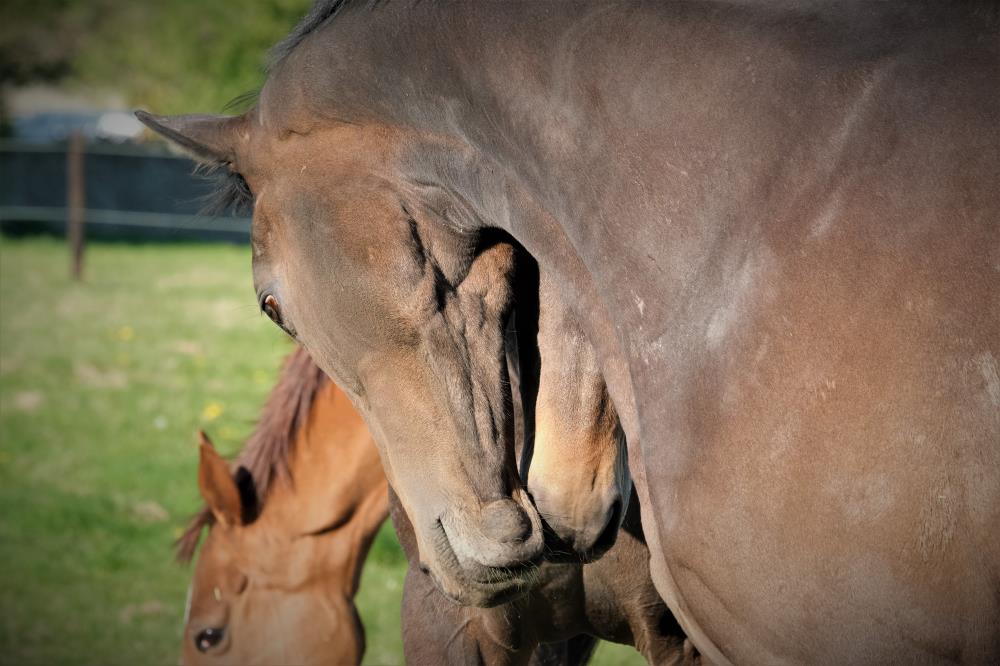 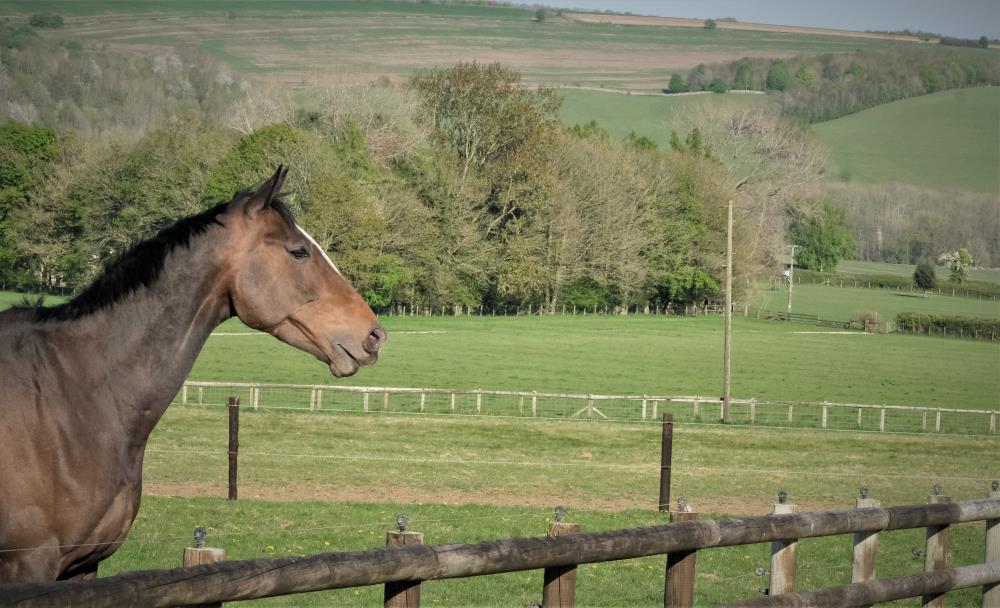 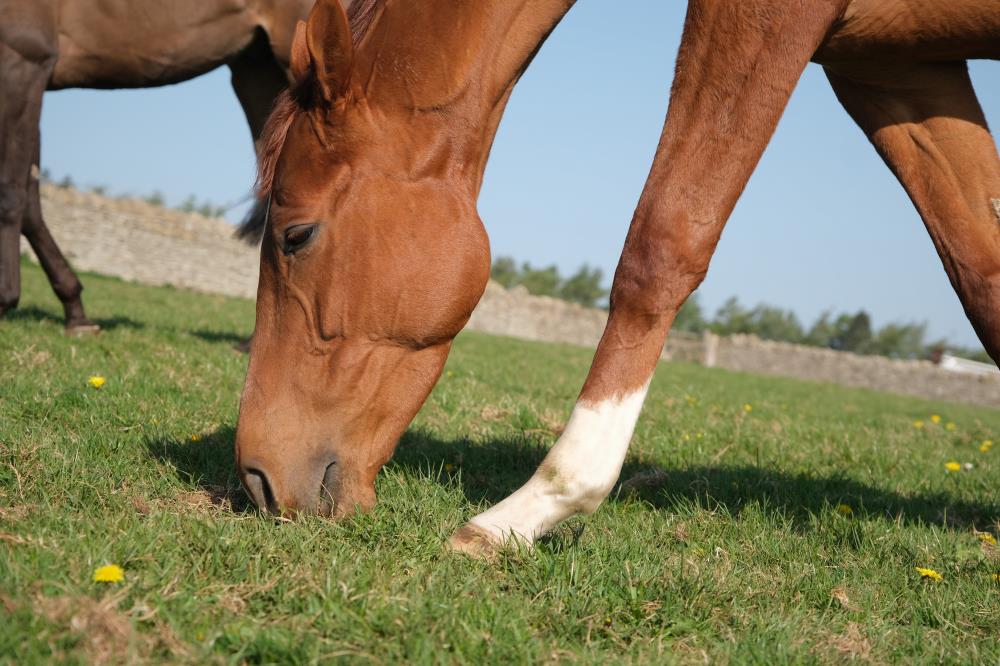