Plus 15 and pouring with rain when driving. Springtime?. well plus 15 makes you think so..

2 winners, 2 seconds and 2 unplaced from our 6 weekend runners..

It was very wet driving to Wetherby on Saturday, and the ground was heavy to ride on which put paid to Hes No Trouble who really hated it.. he would have been fine on Friday, but it was not to be 24 hours later. Even with everything against him he finished 5th

Vinndiction on the other hand ran a blinder to finish second to the highest rated chaser in the country.. On the face of it that looked a good result and frankly even though I was hugely impressed with Cyrname I was also delighted with Vinndication..

I made it home from Wetherby on Saturday night in time to take Mrs B and son Archie out The Wheatsheaf for an excellent birthday celebration..

Sunday or rather yesterday the bandwagon moved to Carlisle and Huntingdon.

A very successful day as at Huntingdon, Espoir De Romay won as well as I had hoped he would and gave Ciaran Gething a good winning ride in the Novice chase..

This huge horse, who had a wind operation since his last run at Cheltenham in March was a worthy winner for the KBRS .. The Midgelets.. Tessa and Wink Foreman, Mark and Marion Hudson, John Webber and Richard Sheppard.

Lots Of Luck ran another cracking race to finish second.

Up North at Carlisle Imperial Aura was imperious.... This lovely second season chaser strode away with the Colin Parker Intermediate Chase.. A very prestigious chase for good horses is an excellent bench mark for the future.

Our other runner Imperial Icon really needs to learn to settle.. you cannot pull that hard on heavy ground and expect to run well.. he will learn.. the hard way by the look of it.

Carlisle and Huntingdon were excellent hosts for owners..

Sad about The New One..

And on a human and sadder note was the news that Erica Manley died on Saturday after a short fight against cancer..Deepest condolences to her husband David and their boys Jake and Ivo.

Monday morning and now the thought of another full lockdown. At least racing looks like carrying on although as yet we don't know if owners will be allowed.. Sadly I doubt it..

We have three runners at Hereford today. Lord Apparelli, Grey Flint and Grey Felix and for my thoughts on their chances please click here.

Just incase you have forgotten...

“At every party there are two kinds of people – those who want to go home and those who don’t.

The trouble is, they are usually married to each other.” 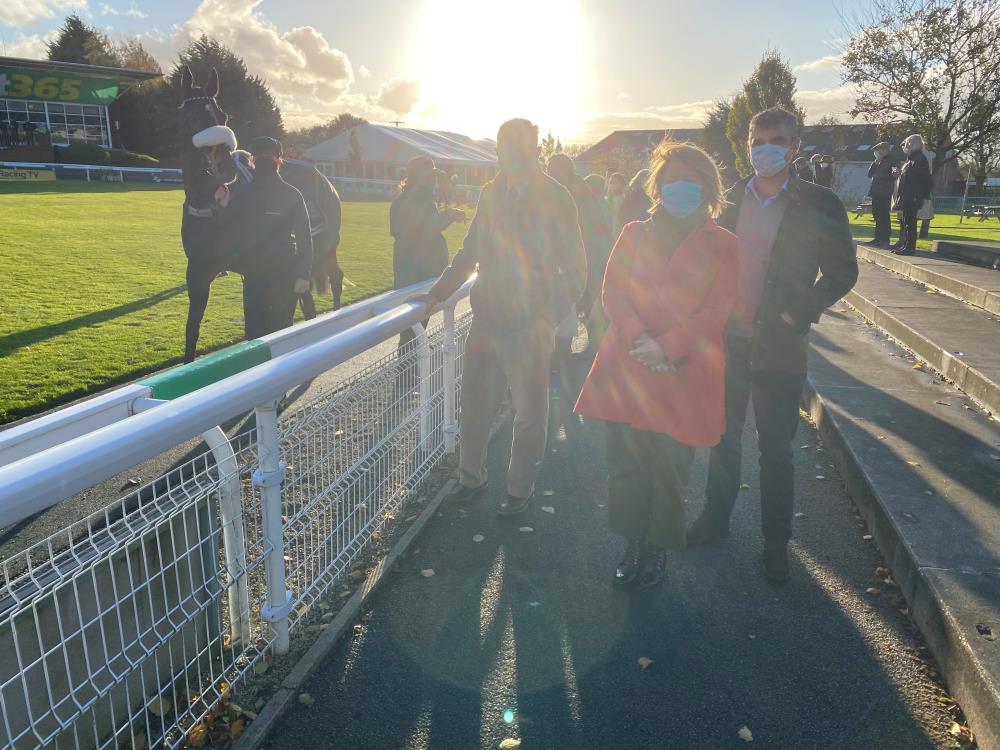 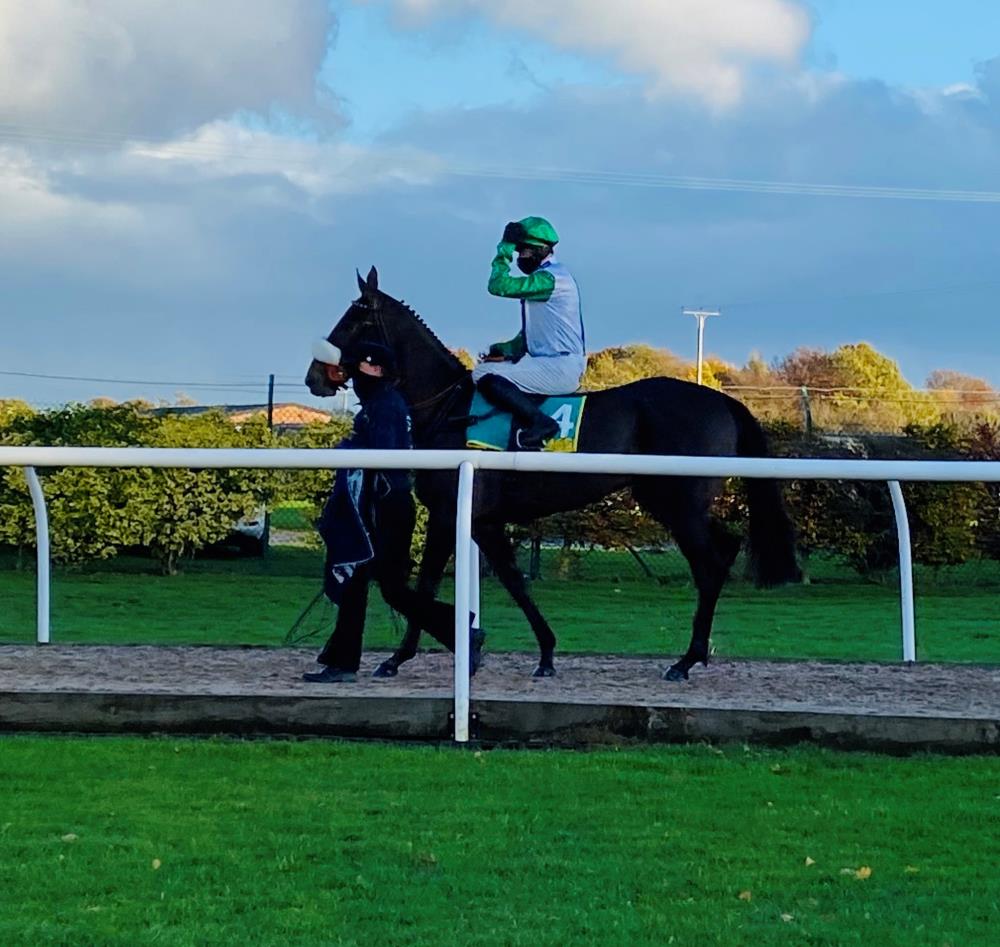 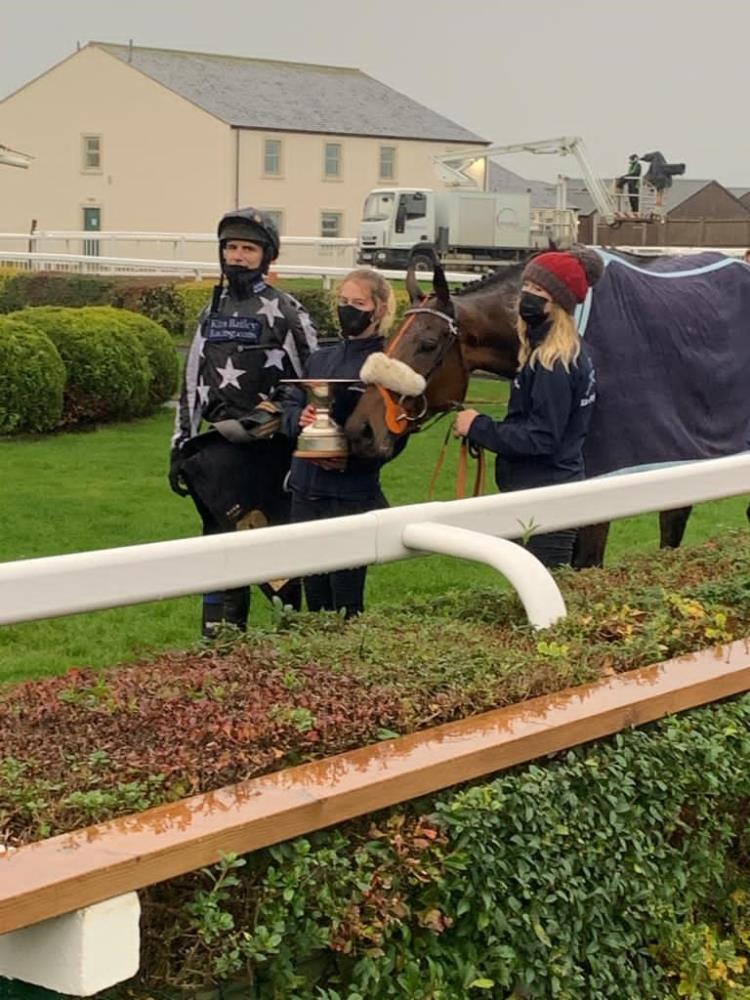 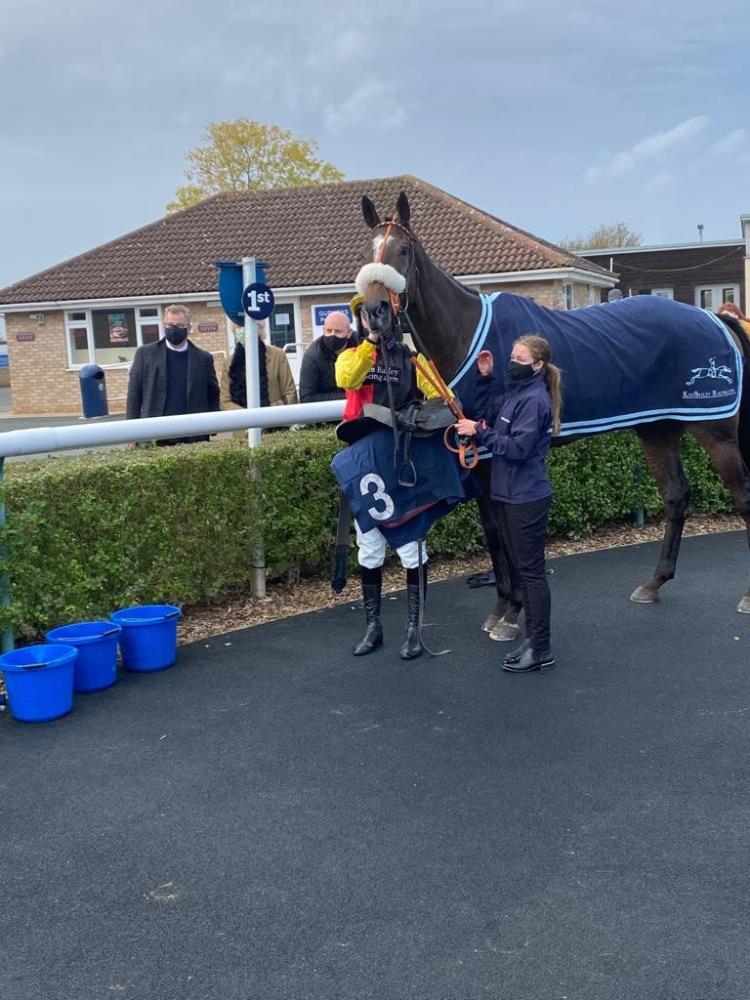 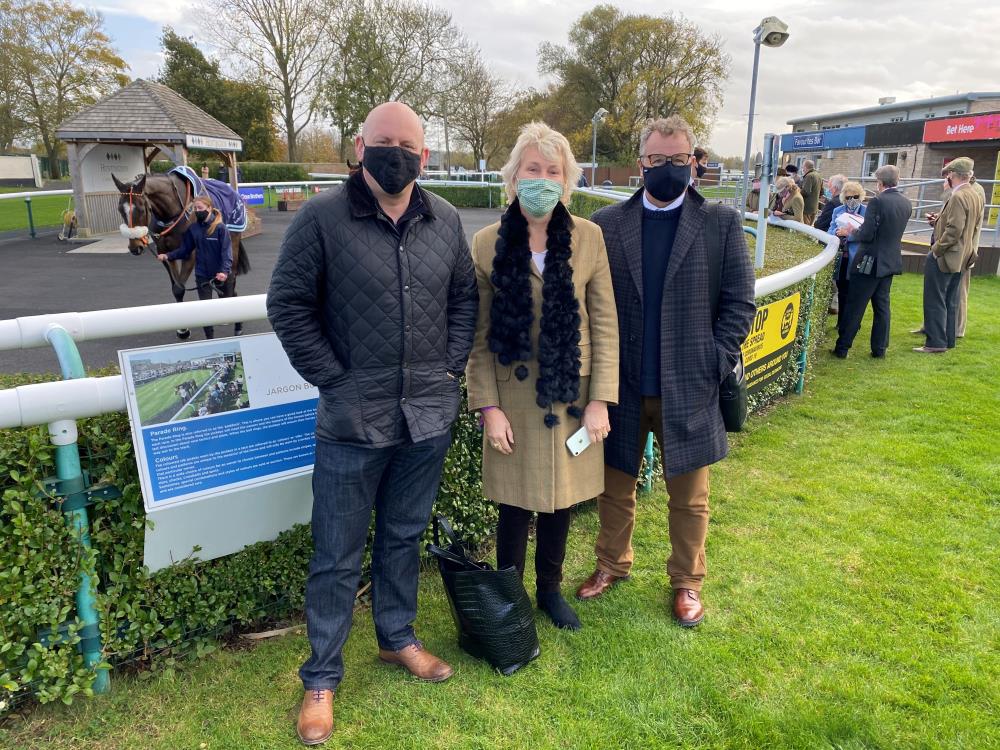 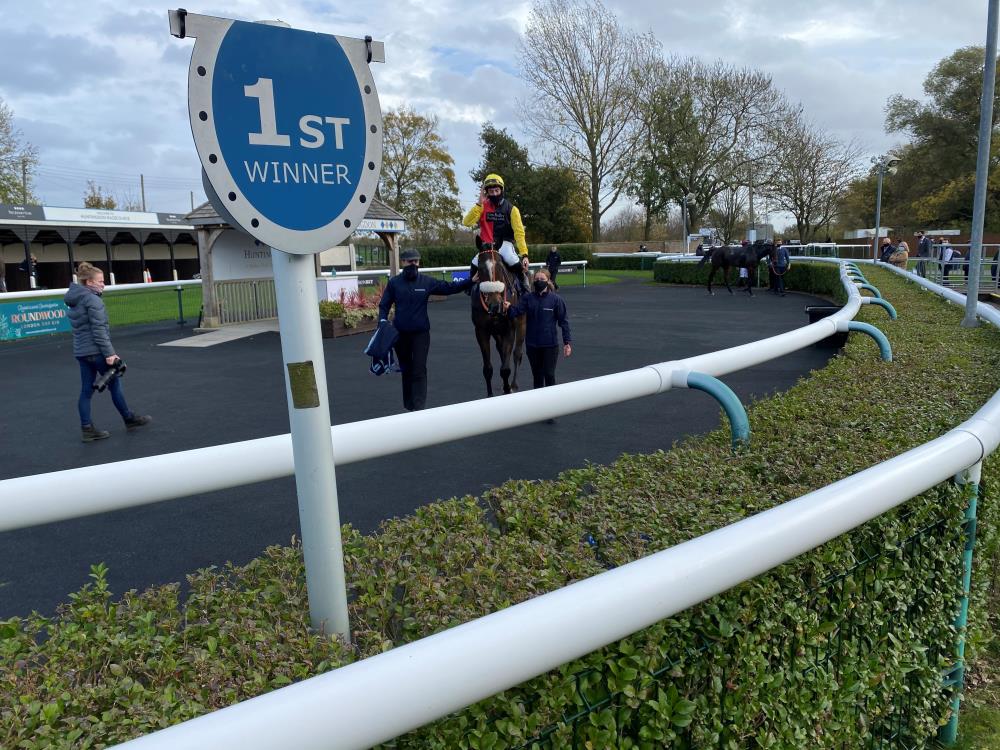 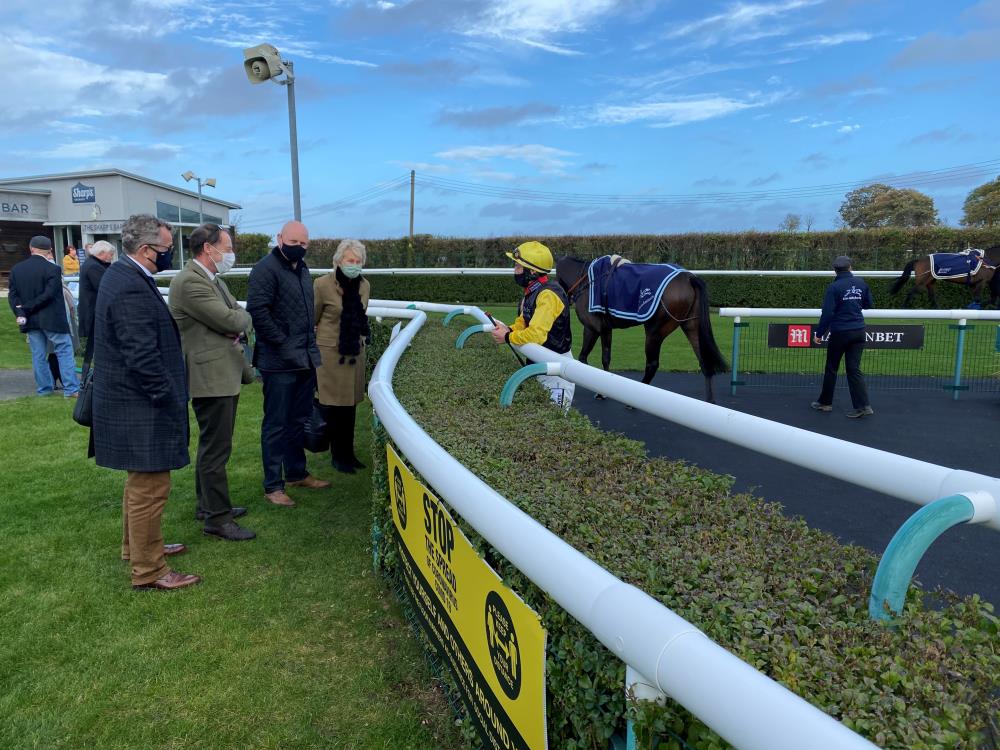 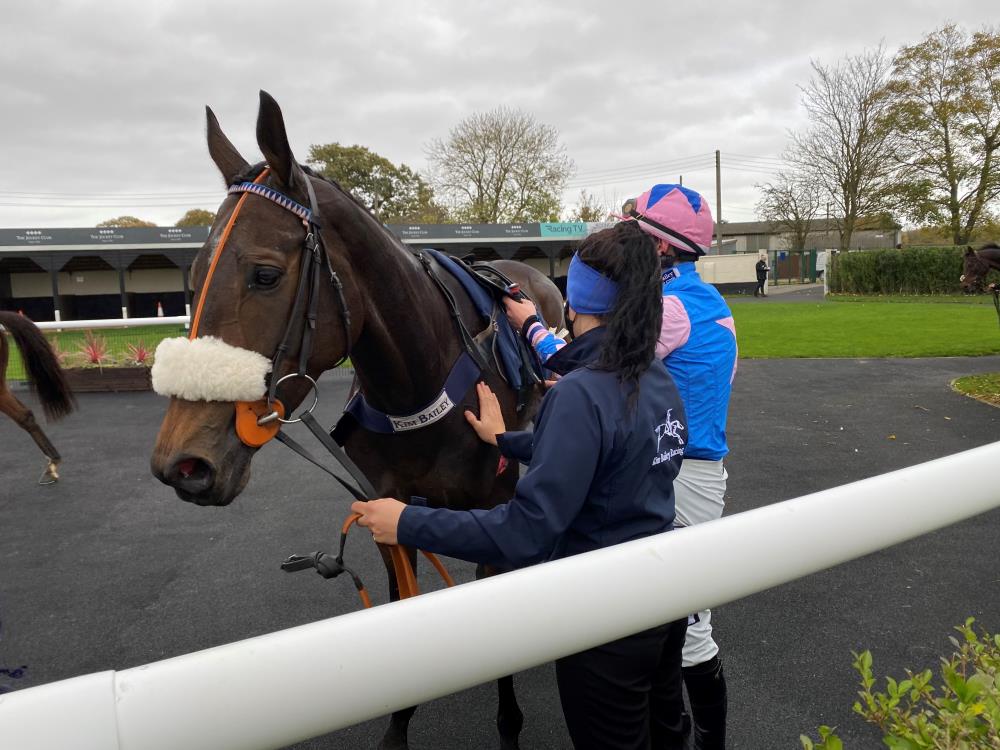