Plus 2 and dry when driving in. We are forecasted terrible winds later today

Driving was what my travelling head girl Leigh Pollard has been up to while others have been partying.

Musselburgh is a long way to go and Leigh set sail for that far away racecourse on New Years Eve, and on New Years Day she saddled and led up a our 30th winner of the season in Cresswell Legend.

We went North looking for better ground and we have had this race mapped out for a few weeks now and thankfully all plans came to fruition.

I though David Bass gave Virginia Johnson’s progressive son of Midnight Legend a fabulous ride.. He was patient and sensible and hit the accelerate button just at the right time to be able to hang on by ¾ of a length.

It was tough, tight, handicap and Cresswell Legend's first, and this win was his third win from as many runs over hurdles.. The last two have been at Ludlow where at least his owner was able to watch.. This time Virginia was left to shout at the TV screen..along with her husband David…Harry and Phylida Robertson represented Virginia..

Leigh was home very late last night with CL and all in all a good way to start 2018.

Cresswell Legend has eaten every D&H nut in his manger and has trotted up sound and happy this morning..He is certainly tough.

Cheltenham was certainly not packed as expected yesterday which was sad from their point of view. Those who did go had great racing to watch. Paul and Elizabeth Kellar were there and Paul made this comment about Cheltenham yesterday.

'An owner with a pass-card is now allowed to be escorted by a guest - in this case, he who signs the cheques - without him having to pay for his own ticket. This comes across as a welcome gesture.
Also, as a matter of attention to detail, there is now a visible attempt at queue management outside the crowded coffee stall by the steps up to Dawn Run.
Both of these make for a more relaxed day. Good work.'

Good work too was the fact that I finished the 2017 flat season in 275th in the flat trainers table; two winners and just under 20K of prize money. I am sure you too are delighted with that fact!

No racing for us today as Ffos Las failed to survive their waterlogging problem..

Graham Potts our vet was in for his Tuesday visit.. yes even Vets are back at work after what seems an eternity of public holidays

This weeks movers and shakers in the BHA handicap charts are...Laval Noir up 5 to 115, Tojan Star down 3 to 96 while First Flow enters at 139.

Paul Kellar sent this over with his comments about Cheltenham..

To be the saddle on a bike."

To finish.. Spare a thought for trainer Henry Daly who pressed the wrong button on his computer and declared a horse dead.. Quick as a flash he rang Weatherbys to put life back into his horse but word was out.. Dead is dead .. was the news leaked?. So much information is nowadays...

Also our gallop camera is back in action.. 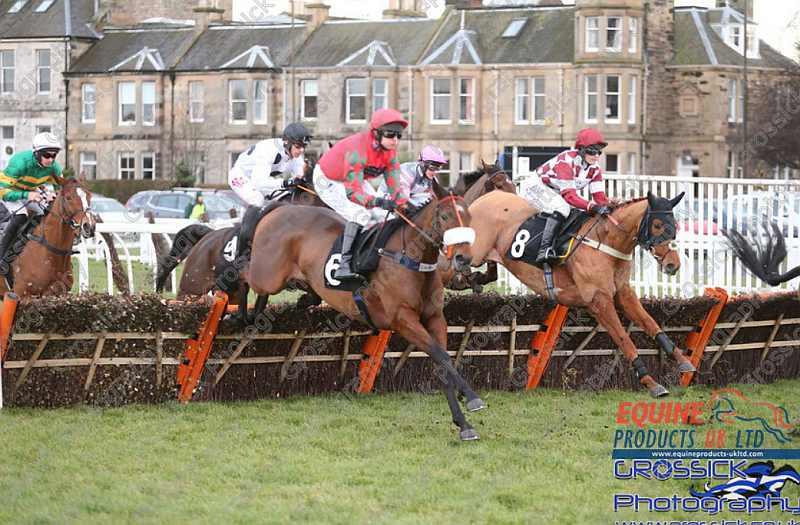 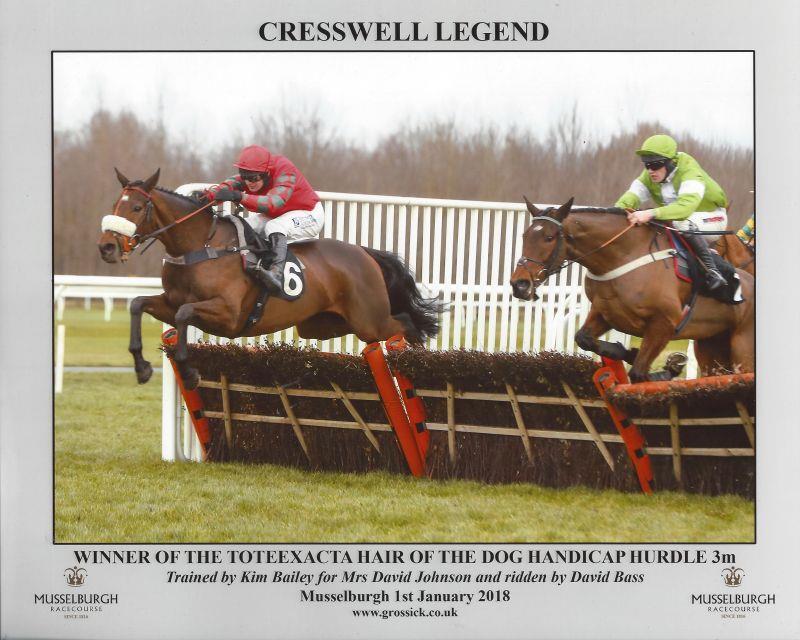 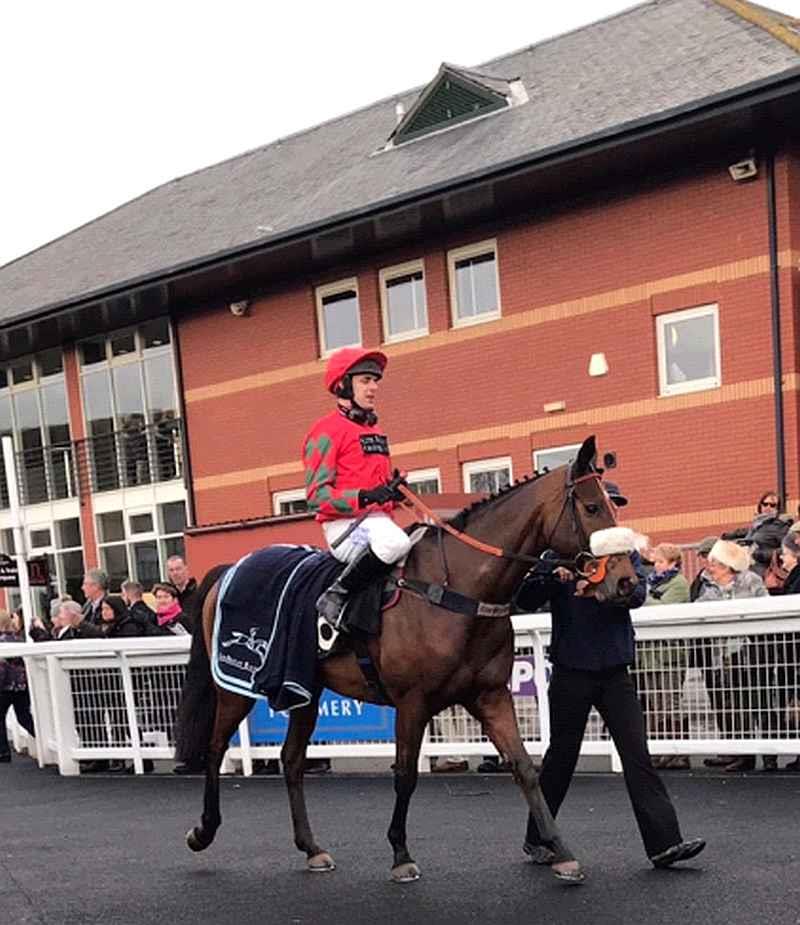 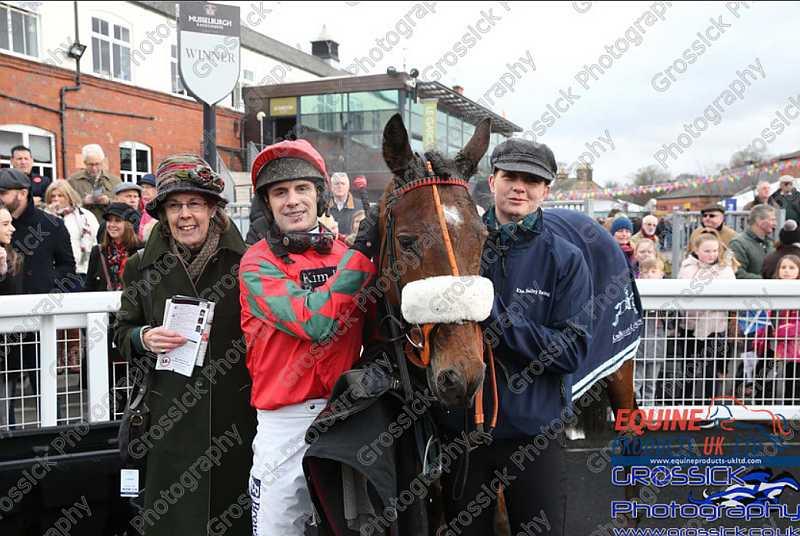 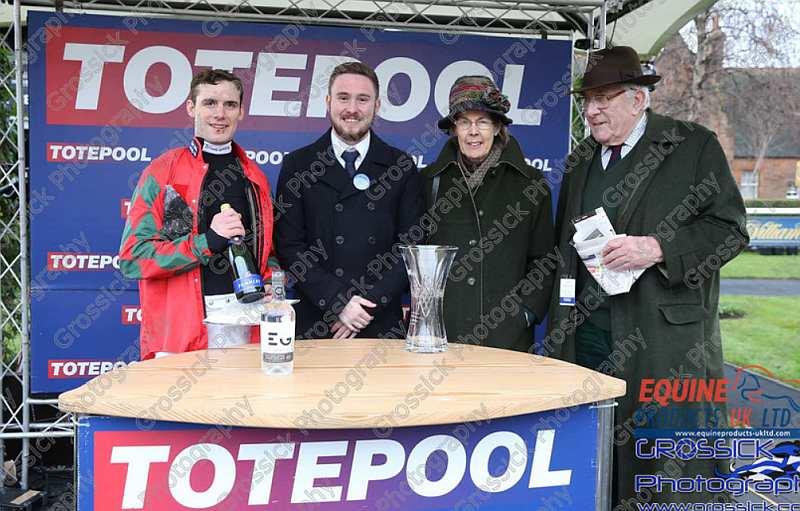 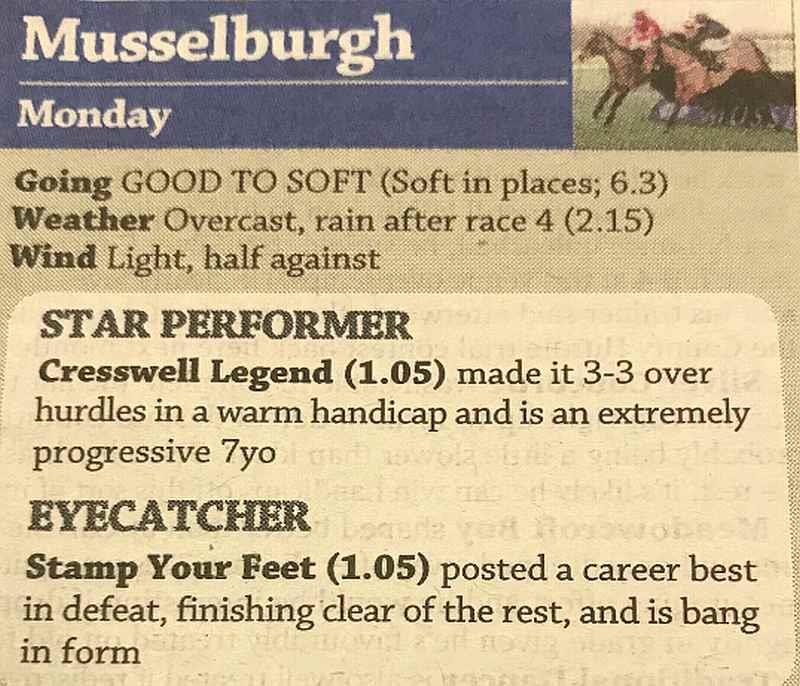 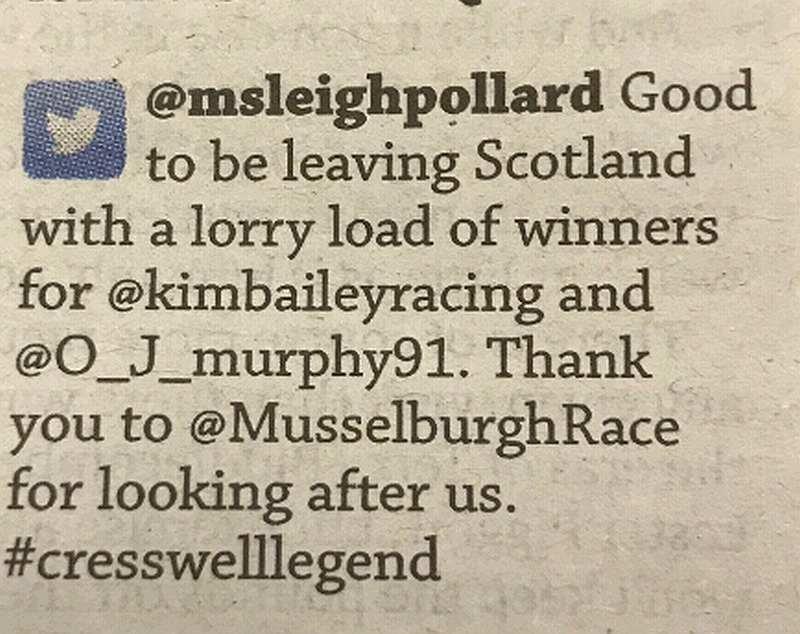