That really was a busy weekend and the highlight was a truly tough front running performance from Saint Bibiana to win the bumper at Uttoxeter..

SB had some good form in bumpers last season and the idea was to come back to Uttoxeter where her owner Jem Cross had a box and win the bumper.. Plans do come right sometimes you now!.

It was typical strong ride form David Bass and the line just arrived in time and another 10 yards and we might not have won…. Our other runner Time For Hollie either did not star or has something wrong with here.. Time will tell.

Records crowds all over the Festive period and Uttoxeter wasa sell out as was Warwick.. I was at Warwick for my first days racing for a month!

The day started well with a really good second from Samatian..

Samatian might not be the best horse in the yard but he has certainly given his owner Norman Carter a really good fun season on all grounds.. Just for a moment when the winner made a mistake at the last did we hope.. Samatian went down by just under a length.

Starvoski had a big supporting team of Grapevine owners and she finished third.. She was hampered down the far side when a horse fell in front of her which might have cost her second place, but all her owners went home happy as they had had a post race Festive drink with the winners..

Out other runner at Warwick broke a blood vessel and will now have a 6 month break to try and recover.

Fabulous racing at Cheltenham, and the atmosphere was brilliant.. so many happy faces (most had hangovers?).. Our runner Happygolucky really needed the rain we had here to land on the course to help him..

Bizarrely they only had 5mm of rain on Saturday while we had nearly 17mm.. and we are only 5 miles away… As I have said before Cheltenham Racecourse is a micro climate….

Happy ran with courage and frankly was taken off his feet dropping back in trip.. He jumped well and it was certainly a big learning curve for him and one that will stand in good stead later in the season.

Mat was down at Exeter where the weather gods dropped plenty of water.. Two inspections and racing went ahead..

Grave La Klass should now qualify for a handicap mark while Party Puzz jumped well and looked to be running well but his run petered out from the second last.. The 8lb rise for his win at Hereford was harsh and this race was a grade above his last so perhaps?

Monday morning and another Bank Holiday..

Karen Master, Mary and Frankie Rolfe were here third lot to see their KBRS horses Does He Know and Isle Of Gold

Robert and Nicola Baillie were also here to see their KBRS horses Isle of Gold, Mikhailovich and Magical Escape

Rachel and Mark Burt to see their KBRS horse Isle Of Gold. 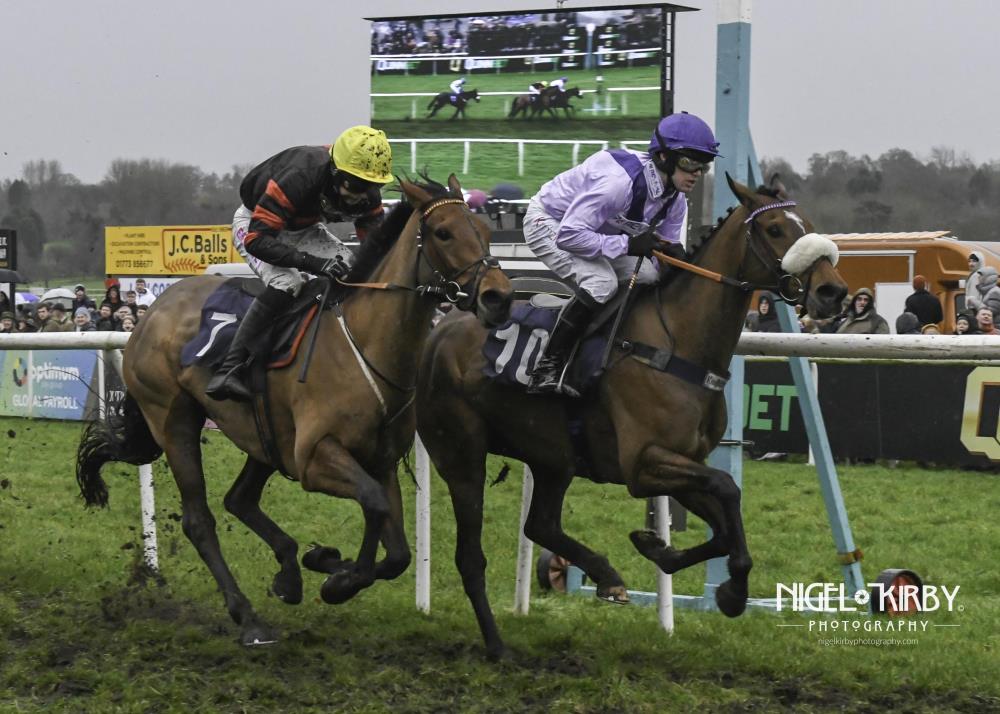 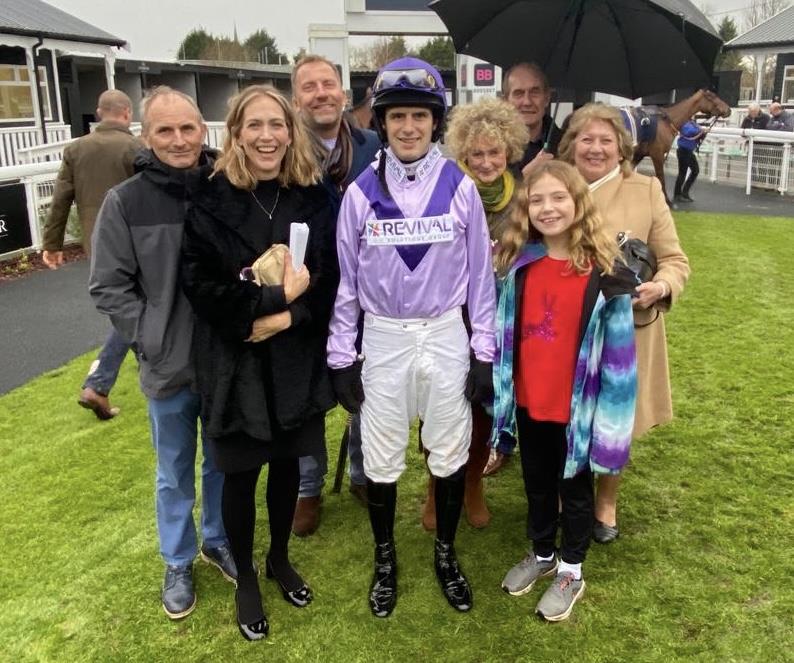 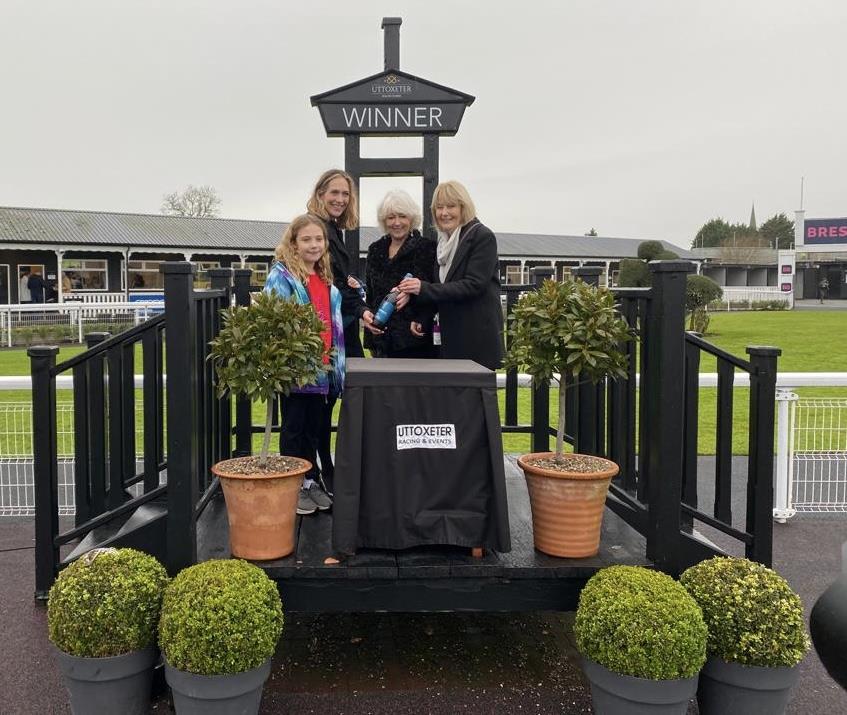 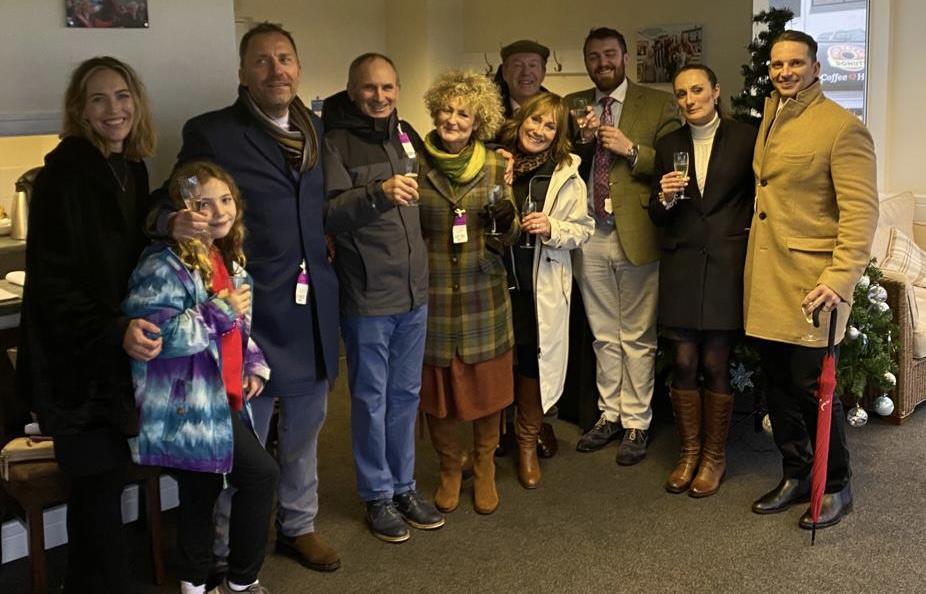 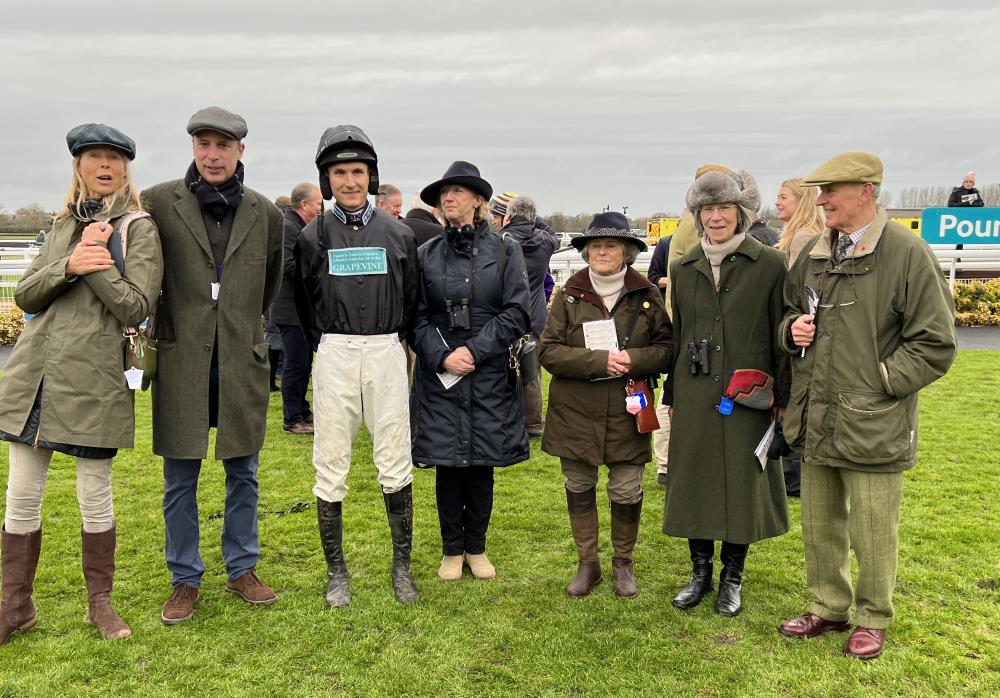 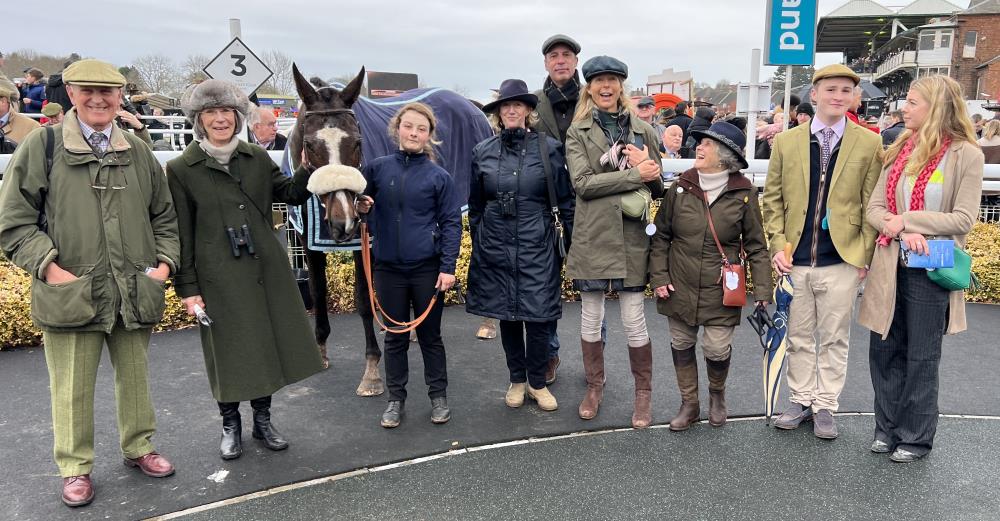 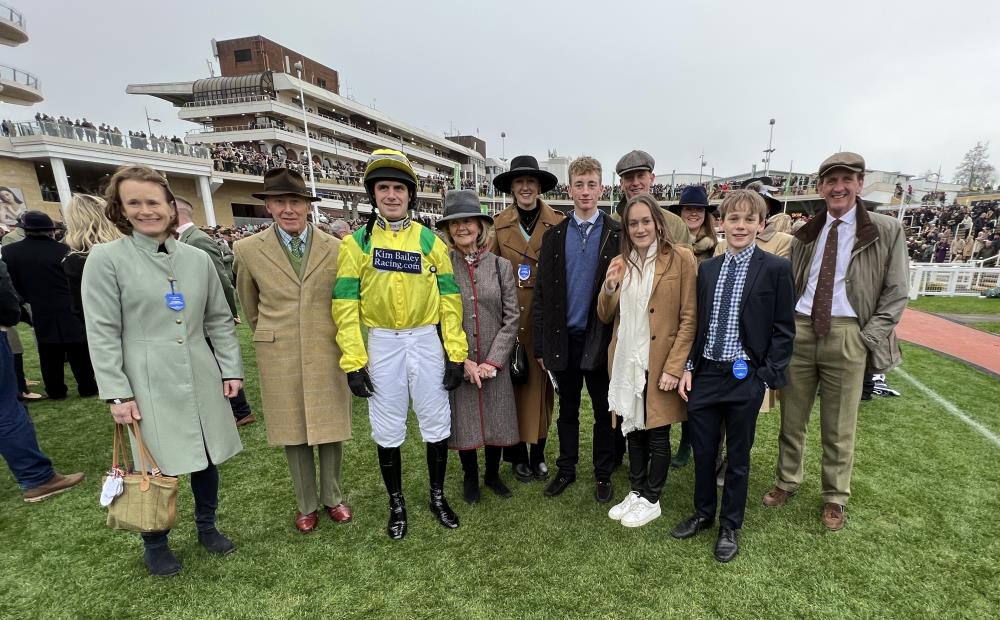 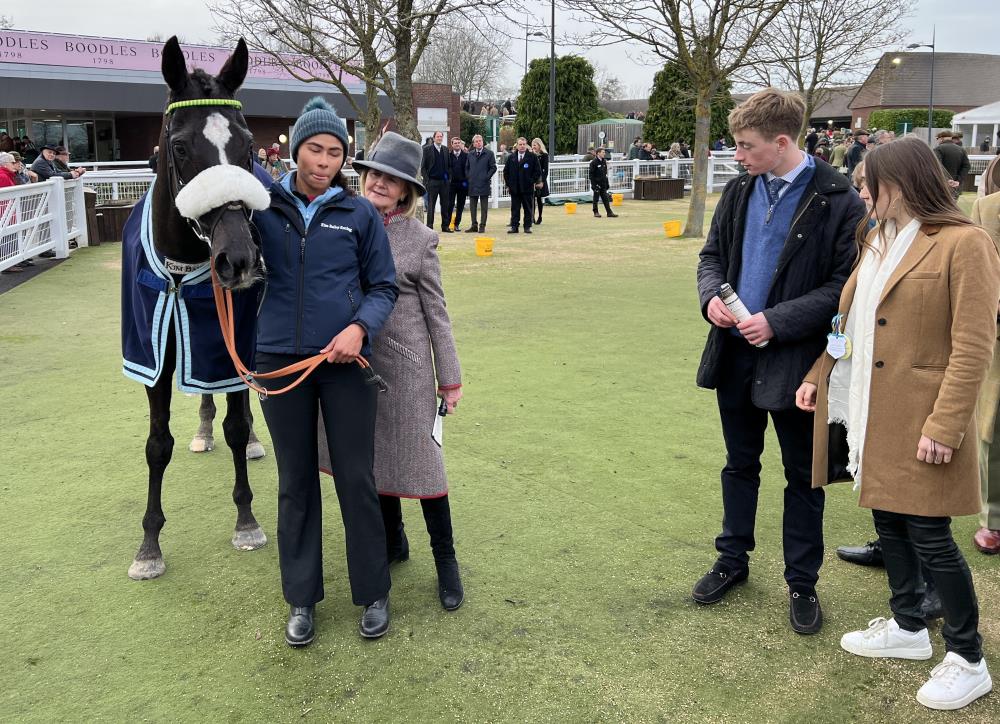 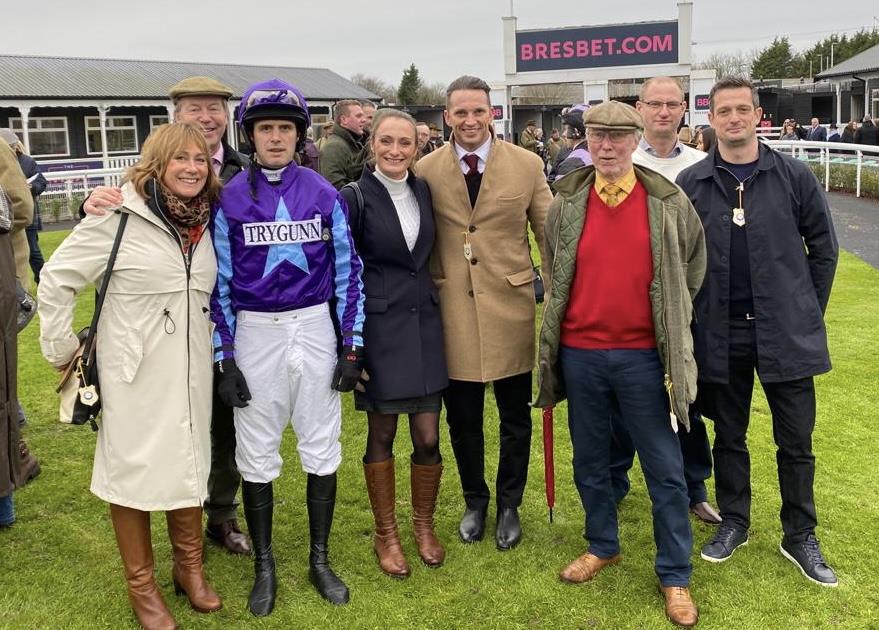 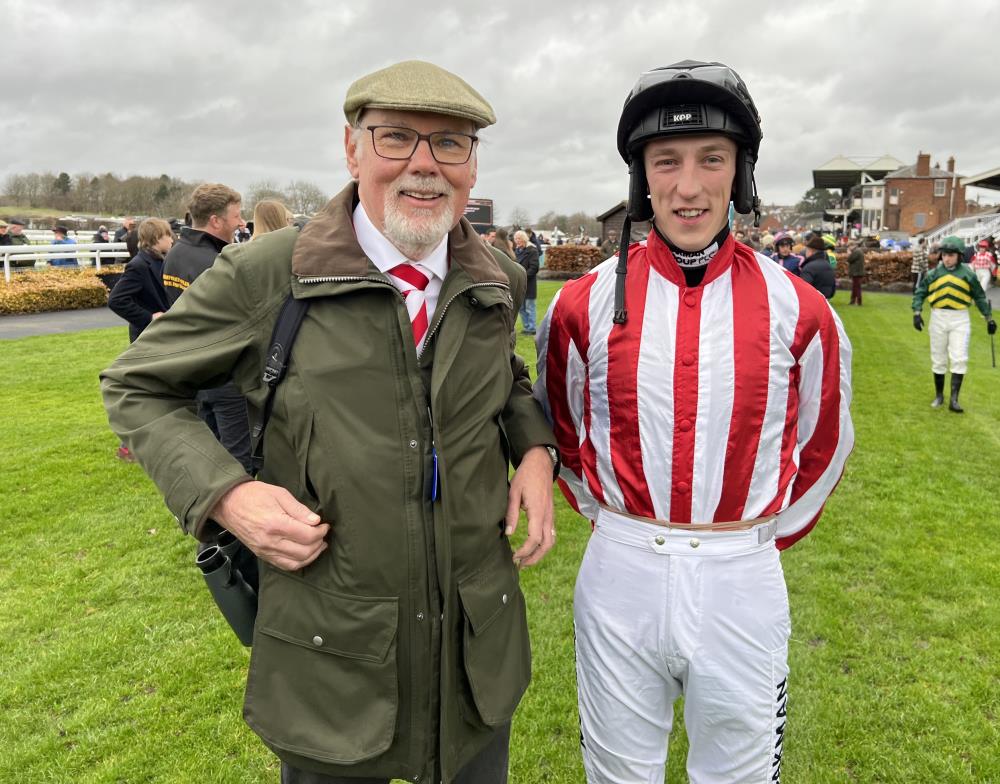 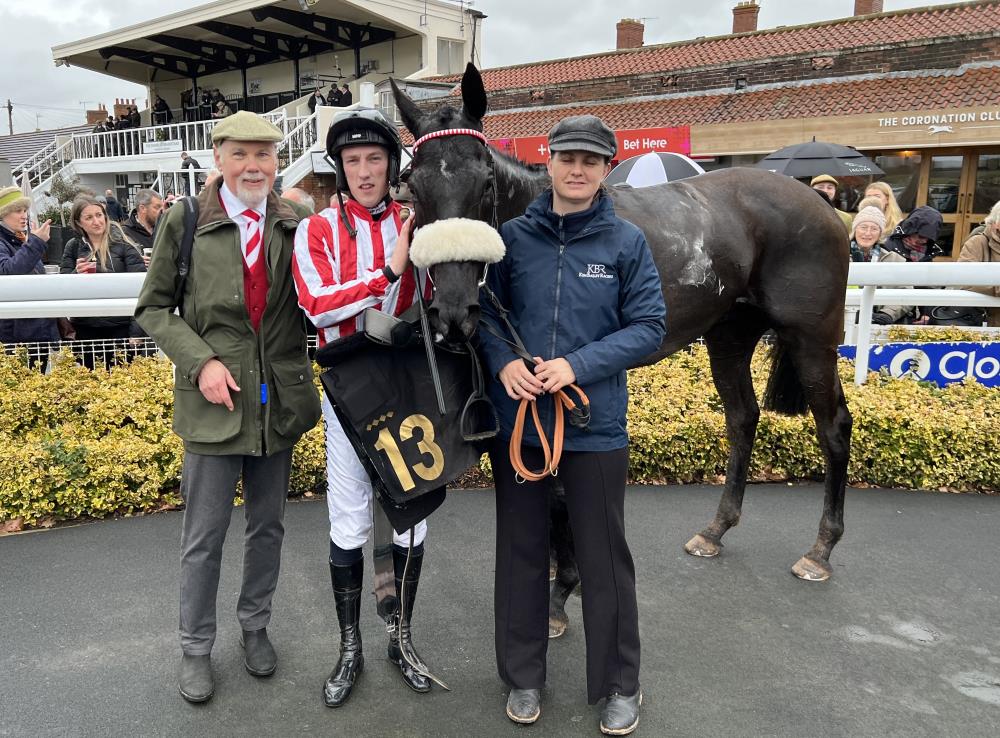 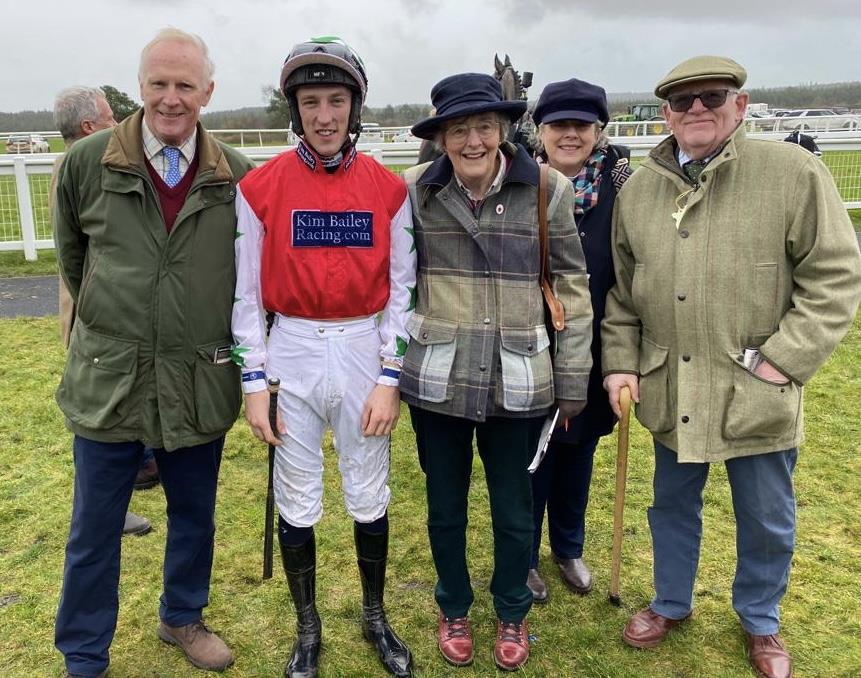