We all need Lots Of Luck in life and we certainly had luck on our side on Saturday.

It has always been a lucky racecourse for me .. I have a good strike rate there and as a racecourse I enjoy racing there. It is a fair test and a level playing field for most.

It was soft and drying.. tacky ground..ground that we knew would suit Newtide who was running in the feature race the  Towton Novice Chase a Grade 2...A race named after The battle....and a youtube click

Winning best turned out for many is a bad omen, but Leigh and Stevie win so many that we must have the odd winner when doing so not to worry.. Actually I am hugely chuffed that my staff win so many.

That aside David Bass and Newtide set off and jumping well they were looking good three from home when taking a narrow lead, but lack of a recent race started to tell as Newtide slipped back into second and looked held, then the leader Boldmere fell at the last presenting Newtide and David Bass with a winning moment.. Taken and excepted.

Muted celebrations as neither Michael or Mary Dulverton really believed we should have won.. We stood rather shocked in the winners enclosure waiting for Newtide to return.

Of course we were delighted to win and it was a good performance, but I am not sure we really enjoyed winning by default..

Yes, you might say the fences have to be jumped to win.. we did and poor Boldmere did not.. I feel sorry for Caroline Bailey as her horse deserved to win, and for a small stable like hers it would have been a very big win.

I text Caroline yesterday and she said her horse was a bit stuff but OK.. Good news.

Cheltenham now becomes a possibility for Newtide, but his likely target will be the National Hunt Chase rather than the RSA..which annoyingly is shorter this year!.. He will need soft ground.. Whatever Newtide is a progressive chaser and a huge one to boot. Photos..

Newtide had not run for several months.. his blood was wrong when he was meant to have run 3 weeks ago as was Lots Of Luck’s.

Lots Of Luck has been plaguing us with bad blood tests and finally his last batch have been right and it showed yesterday as he was a very different horse than when he was third at Hereford, where he finished a very tired horse..

Admittedly the ground at Hereford was shocking .. certainly compared to what was on offer at Taunton yesterday.

LOL was always handy and at times I was not sure he was going that well, but in the end he won well and looks capable of following up if we can find a suitable race.

Yes we left Taunton yesterday all smiles having had a great day and what a stunning trophy John won..The Richard Williams memorial trophy..Presented by Sue Williams who is a member of the South West Racing Sydicate who own Hes No Trouble.

Our third runner over the weekend was First Flow and he too ran a cracker, just beaten half a length at Sandown..A good ride from young Chester Williams..

Yes a good weekend and all made the happier with a bit of luck.. Lots of it!

To finish the weekend review..I would like to thank Wetherby, Sandown and Taunton for the way they looked after owners.. win or lose they were well catered for.

Mid morning I had a meeting with Rebecca Davies the Executive Director of Hereford and Worcester Racecourses.. An interesting discussion. Rebecca wanted my views!!

If you have a few moments to spare please click on this link and follow the auction as it has some really good auction lots.. especially the bronze fighting stags..

Lastly, I enjoyed this article in yesterdays Sunday Times.. so true..

Two old guys, Fred and Sam went to the movies.

A few minutes after it started, Fred heard Sam rustling around and he seemed to be searching on the floor under his seat.

“What are you doing?” asked Fred.

Sam, a little grumpy by this time, replied “I had a caramel in my mouth and it dropped out. I can’t find it.”

Fred told him to forget it because it would be too dirty by now. 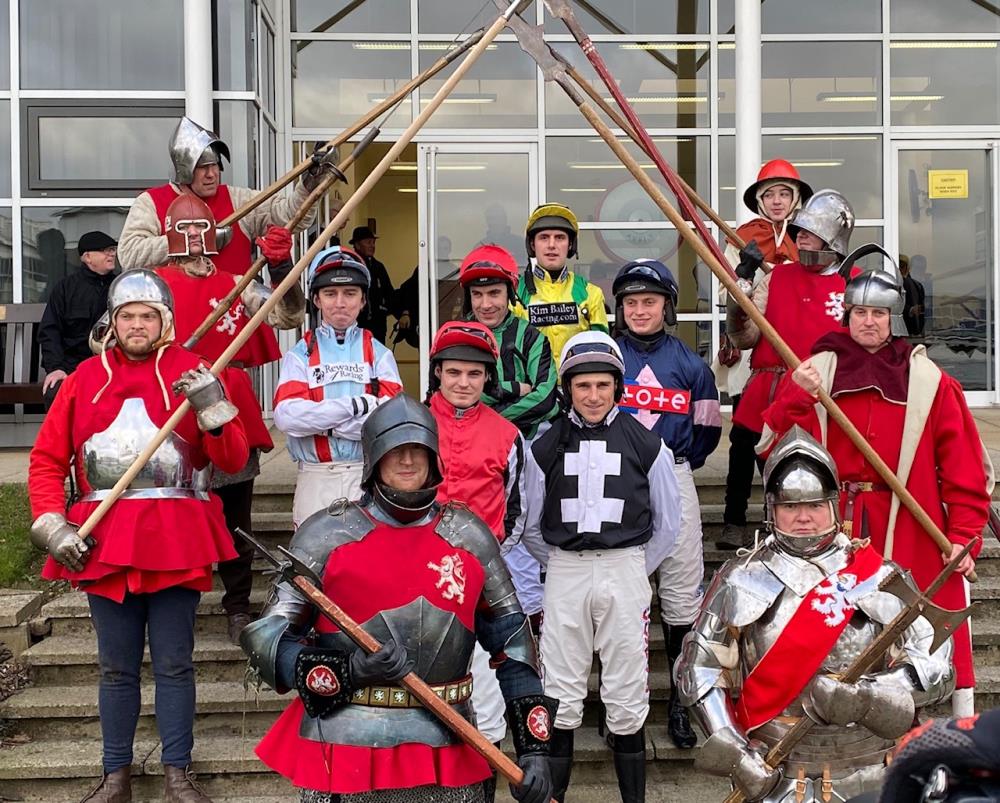 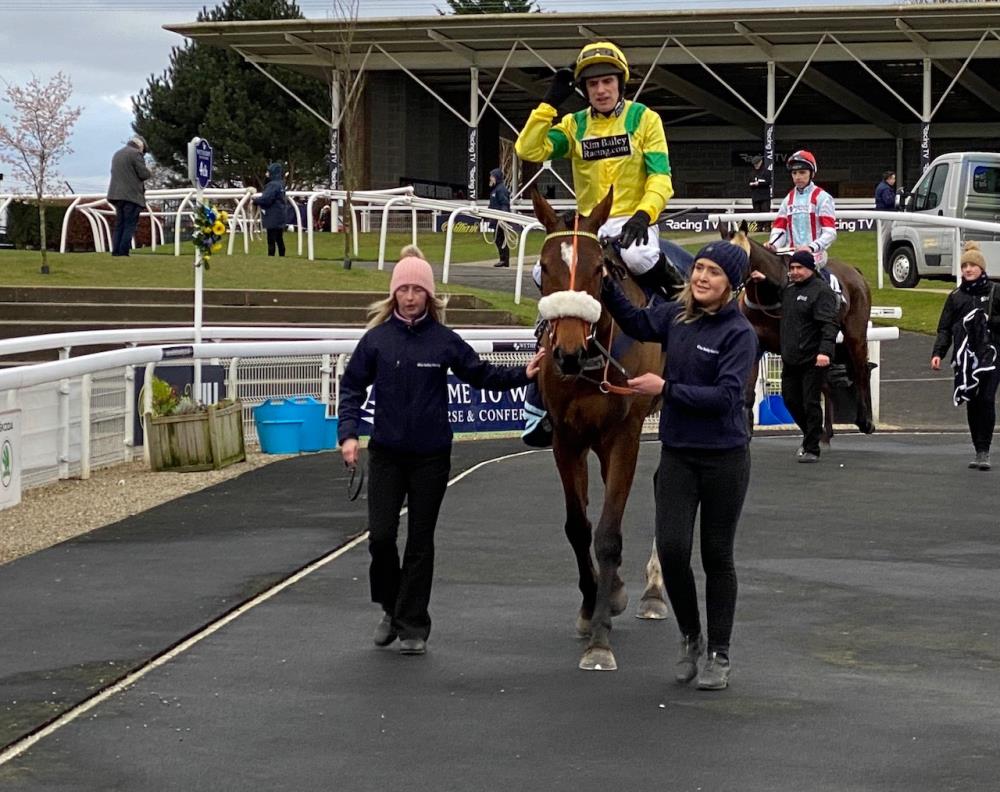 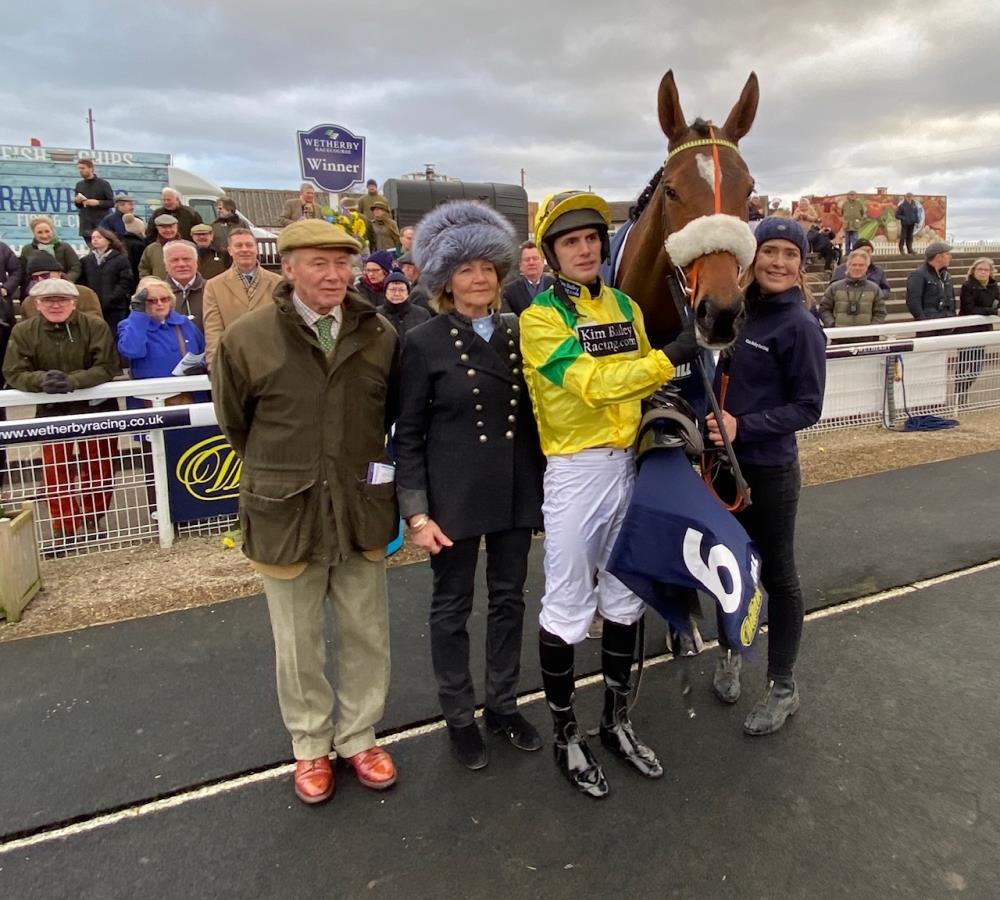 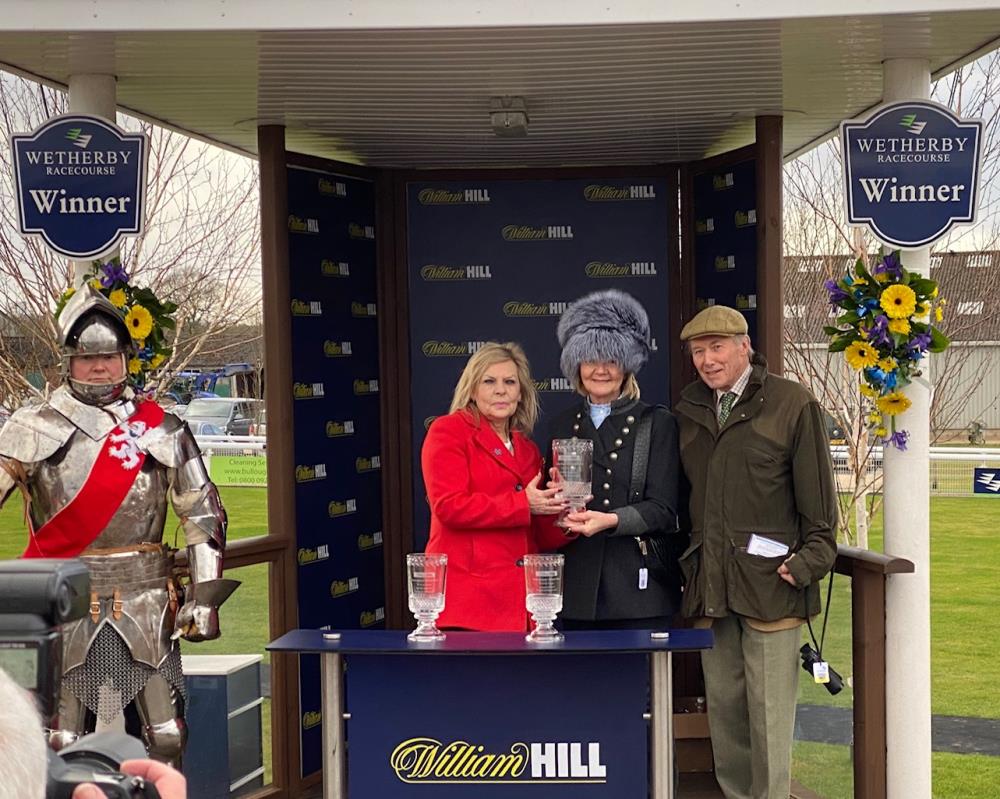 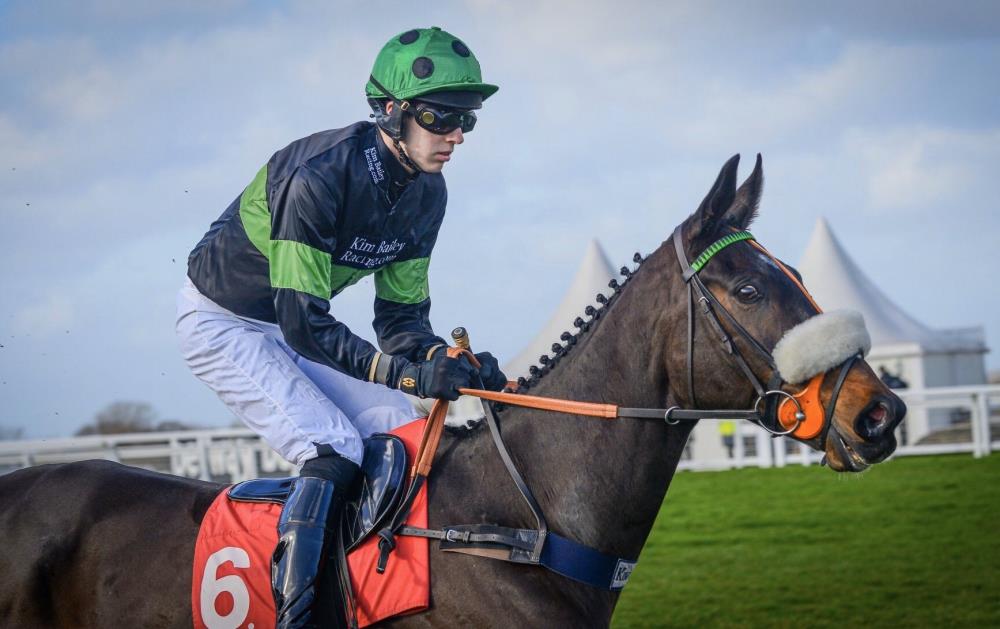 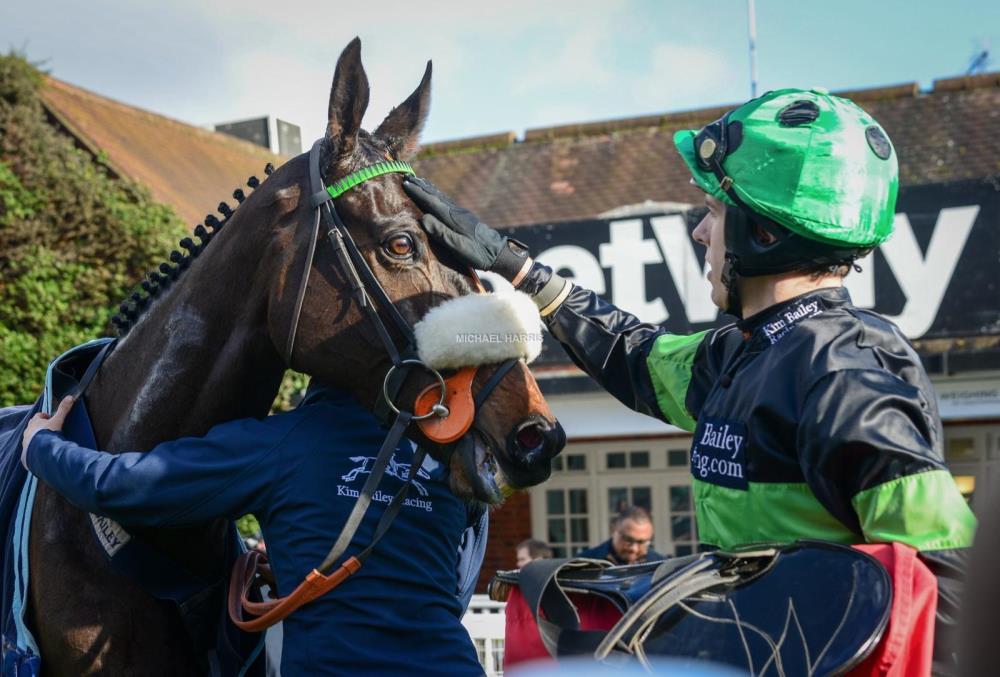 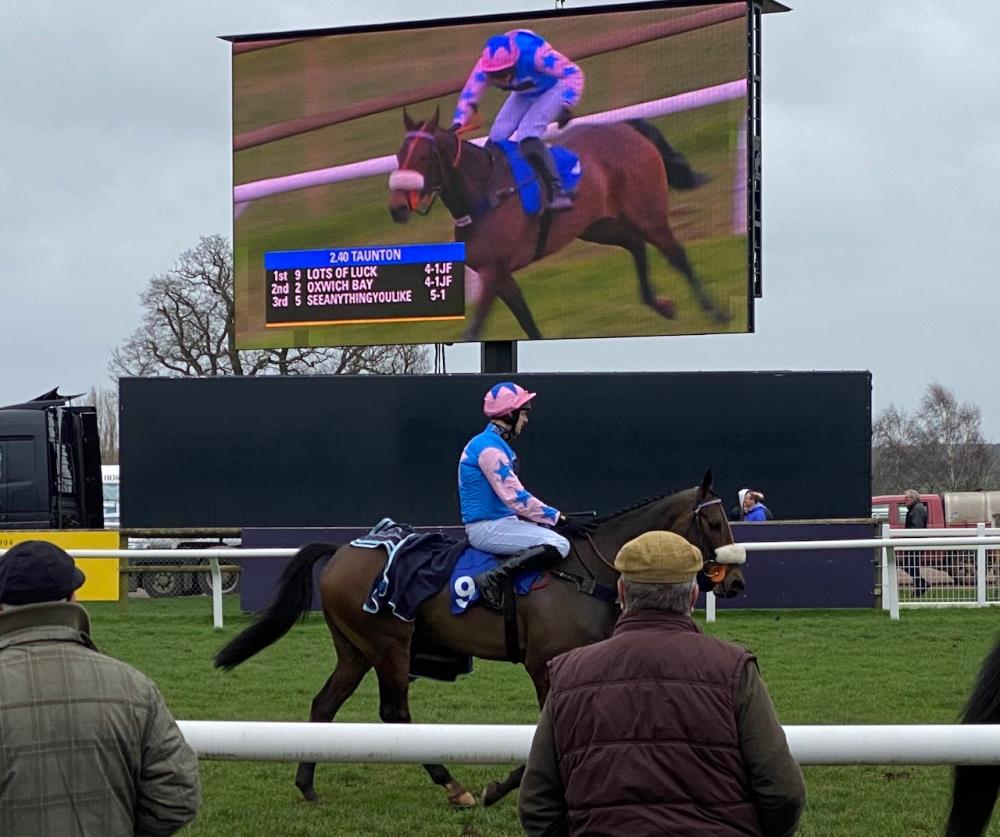 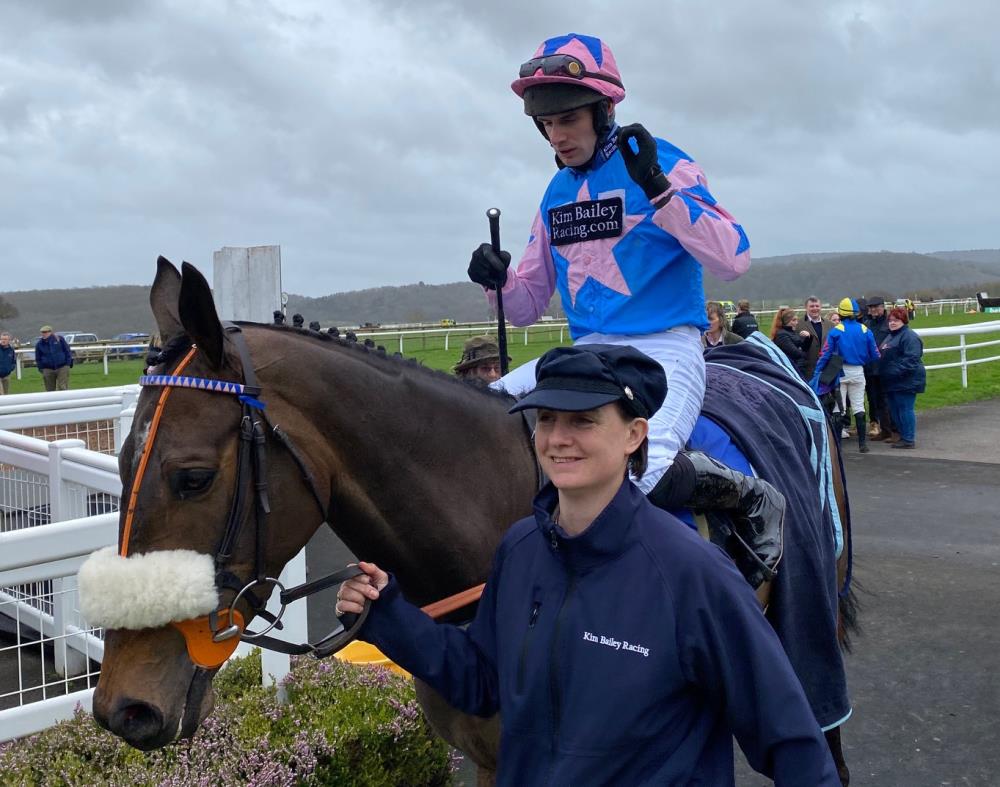 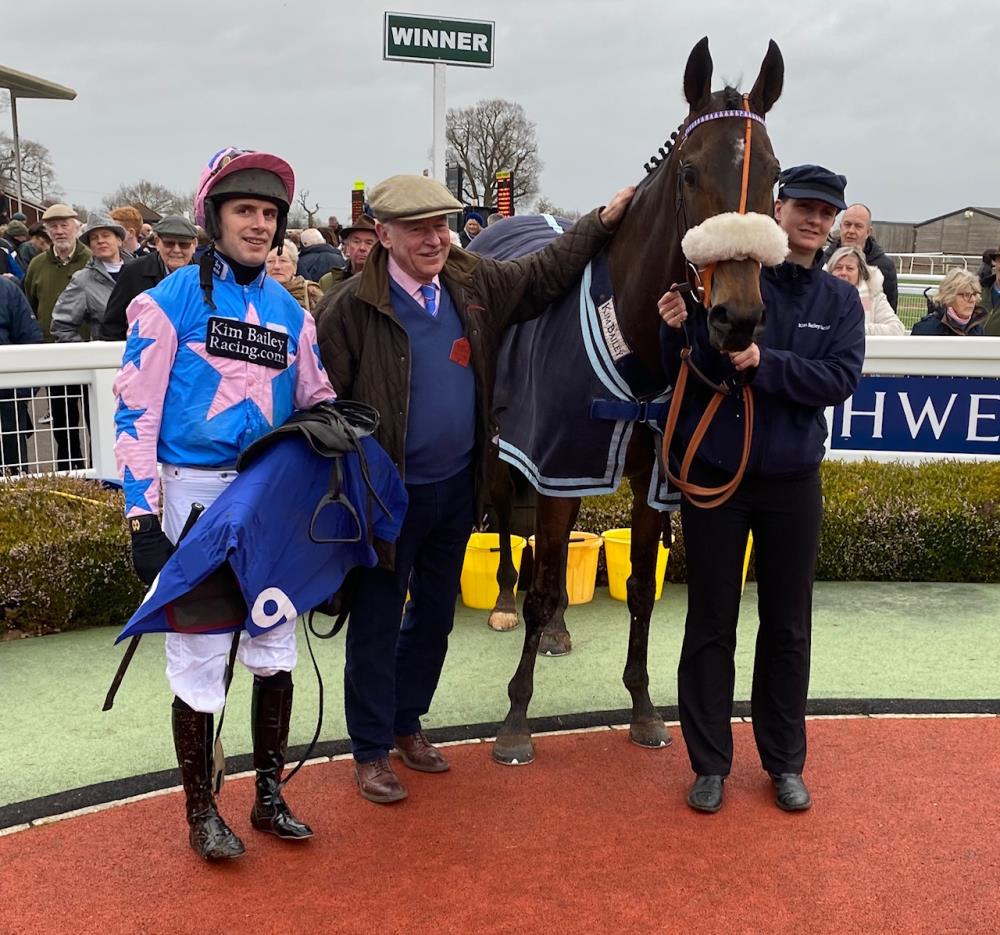 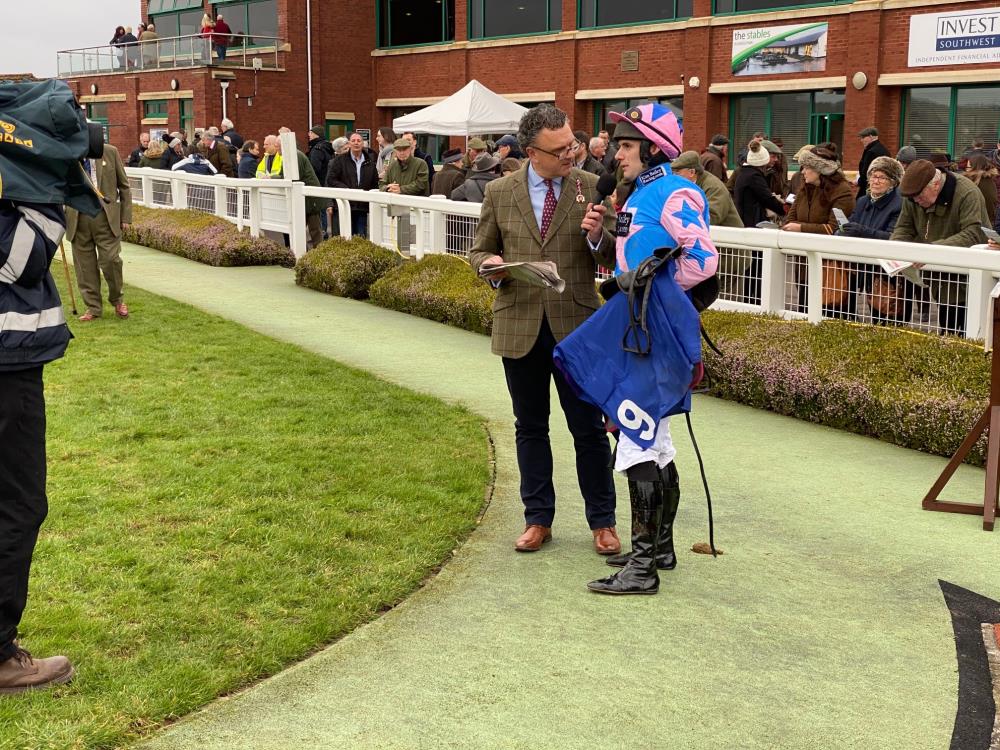 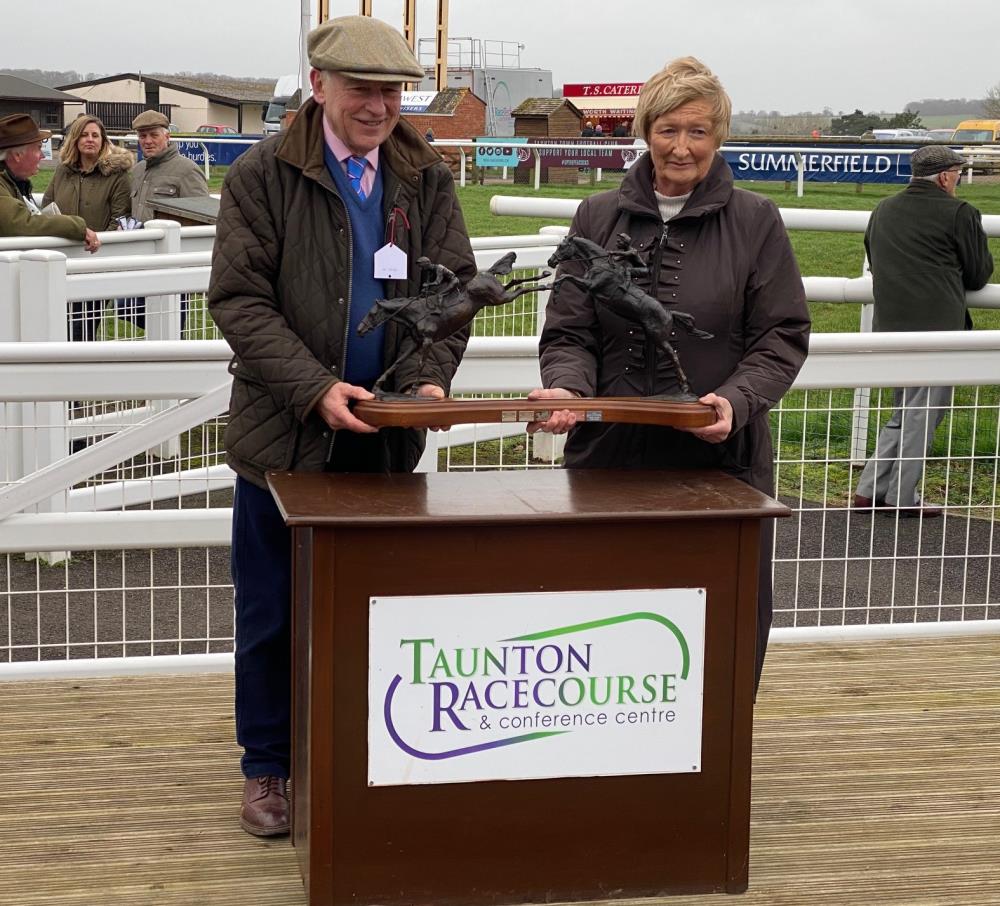 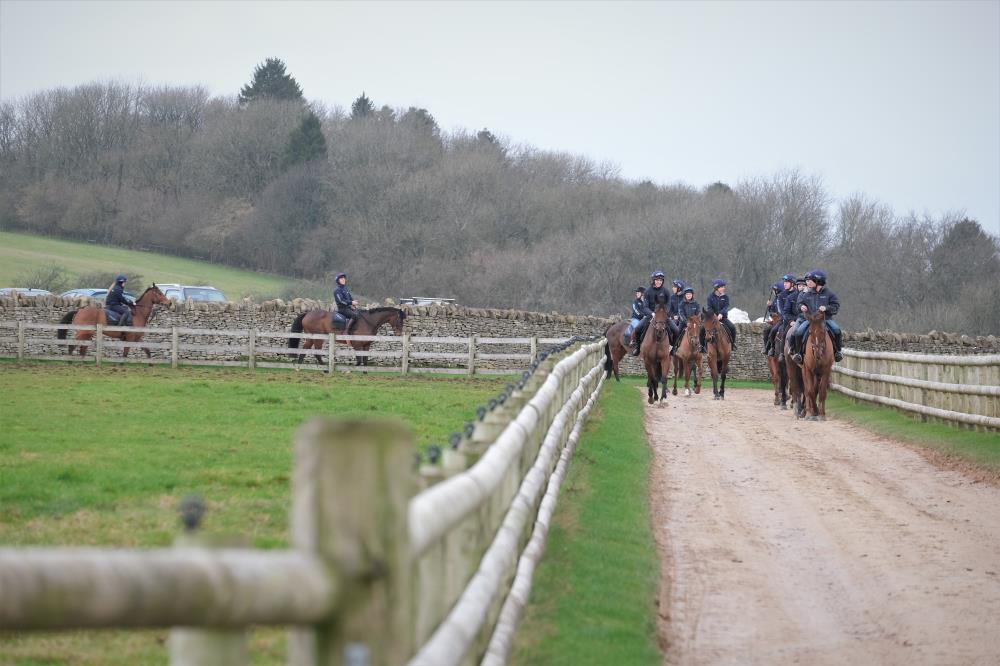 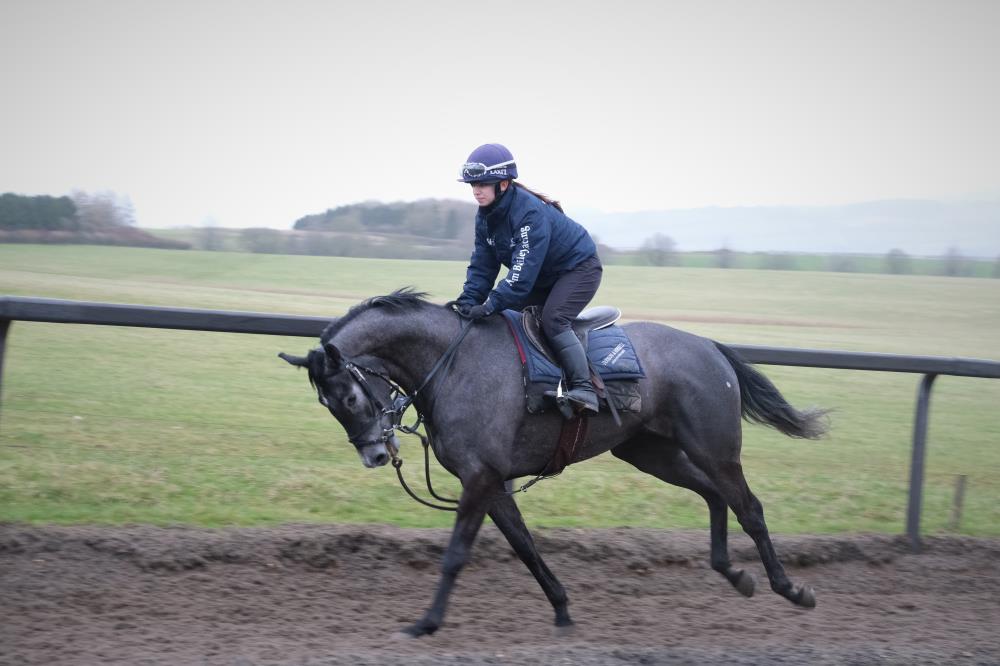 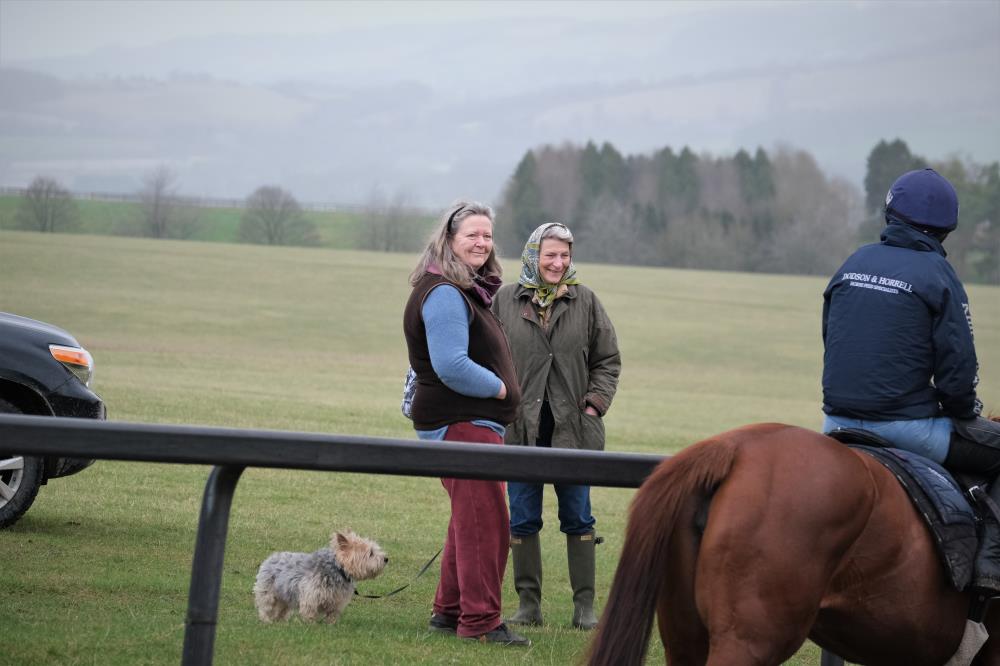 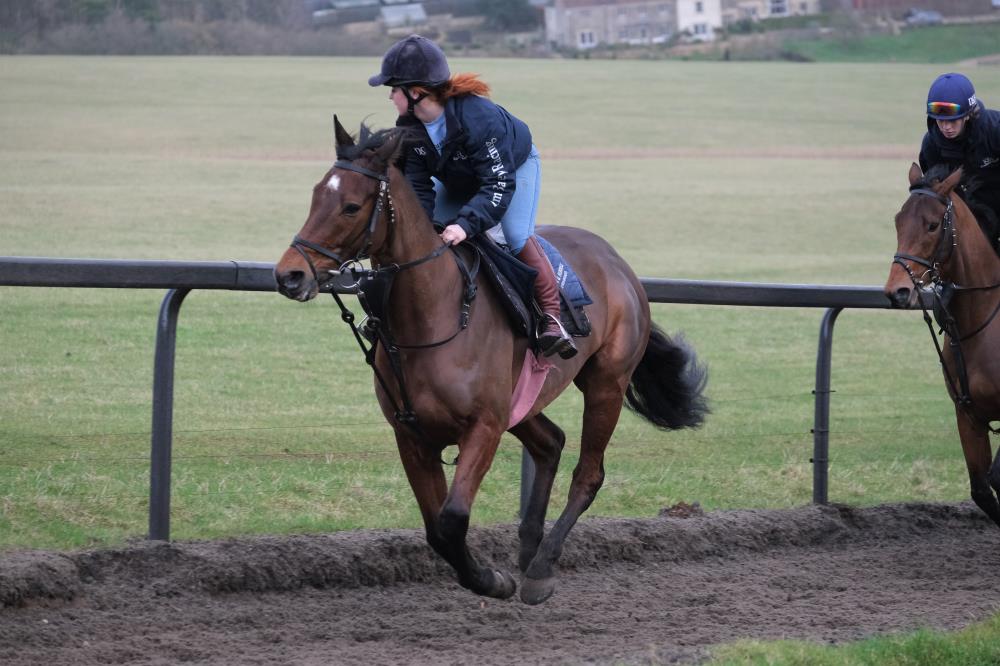 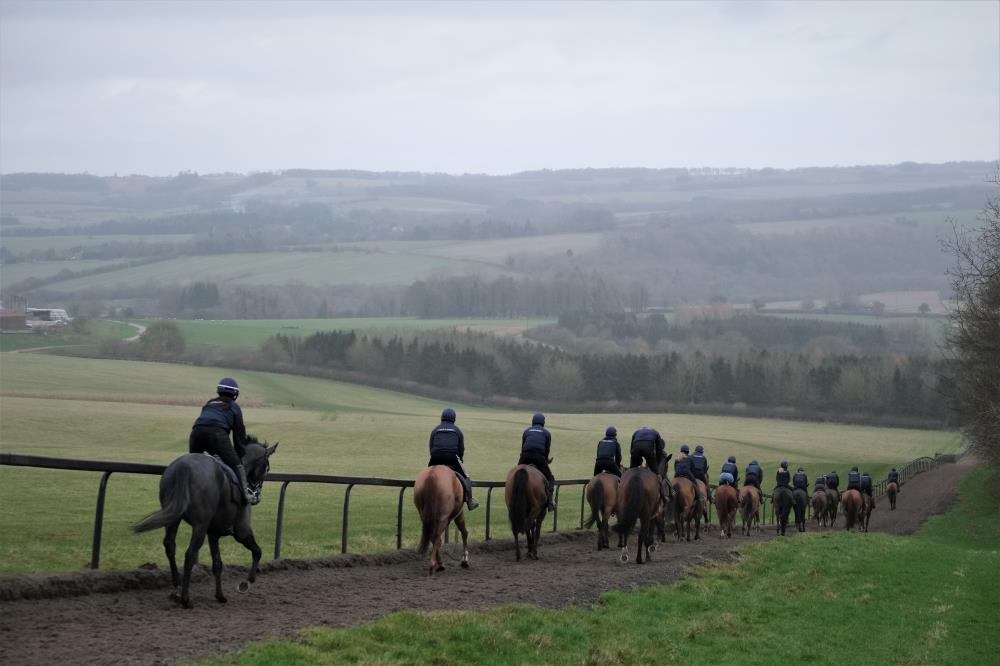