Good news in this mad world.. Owners have a chance to go racing after we lockdown tomorrow..

Bobhopeornohope..What a great name for any horse, especially one that was headed two from home and then rallied to win by a couple of lengths.. As Richard Hoiles the commentator said ‘It appeared no hope for a while!’

Delighted for his owner John Perriss who was not expecting to be spending the day at Exeter (one of his favourite racecourses).. Bob was meant to have been running at Warwick on Friday, but with lockdown coming and the chance of no owners going, I suggested to John.. lets runs while you can watch..

It was the hotter division and to be totally honest I did hope for a place, not a win.. so the adage of, no hope is not a good one when your name is Bob!

Big celebrations and the team at Exeter were brilliant as have been all JCR’s.

Inca Rose ran a blinder and finished second.. Another few yards and he too would have got up.. Big improvement from his first run over hurdles at Wetherby 3 weeks ago..Almost a full team of owners.

Talk Of Fame was always going to struggle when the ground went soft and that he did.. He jumped well and ran ok, but he is a good ground horse.. he should now qualify for a handicap mark.

Red River ran well to finish 3rd.. It is a miracle that he is even back racing after injuring himself when falling at Newbury last season..He will be ok when dropping to a different level .. Frankly it was just good to see him racing again.

It was a good day for Paul Nicholls with 4 winners.. I was really hoping he would not win the feature race the Haldon Gold Cup.. I so wanted Moonlighter to win.. Second for him after jumping the last in front.. Owned by Huw Davies (my Solicitor) and Paul Johnson (my doctor).. A good try.

David Bass Ciaran Gethings, Chester Williams and Harry Beswick were in to ride out.. we have no runners today.

Several to work but I am afraid no videos today as Maddie is not in today.. Maddie has her own business and is looking after her clients today..her business has to close in tomorrows pandemic lockdown.

Cilla Wills was here to see her KBRS horse Voyburg

Mark and Melinda Laws were here to see their horses Shanacoole Prince and Equus Dreamer and their KBRS horse Does He Know.

“It would be nice to spend billions on schools and roads, but right now that money is desperately needed for political ads.” – Andy Borowitz

“The average dog is a nicer person than the average person.” – AndyRooney 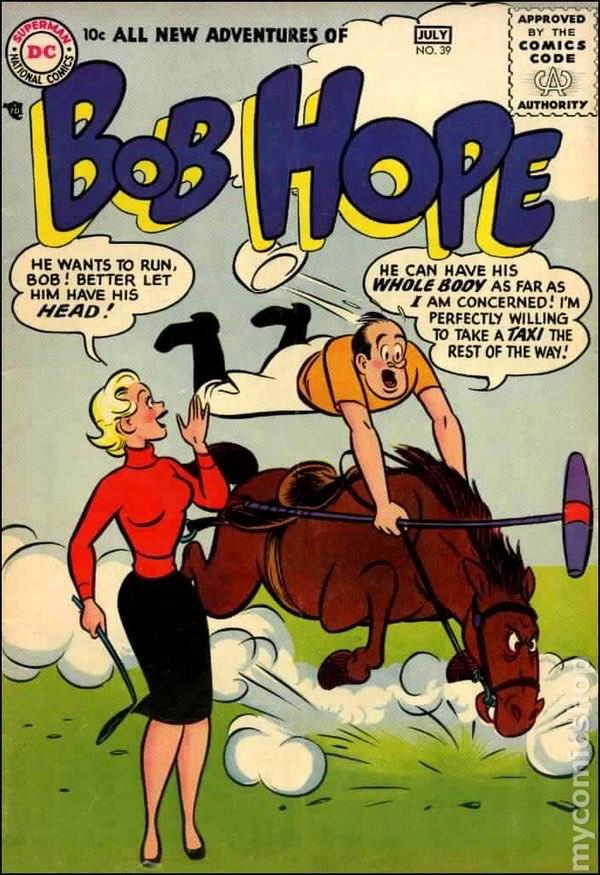 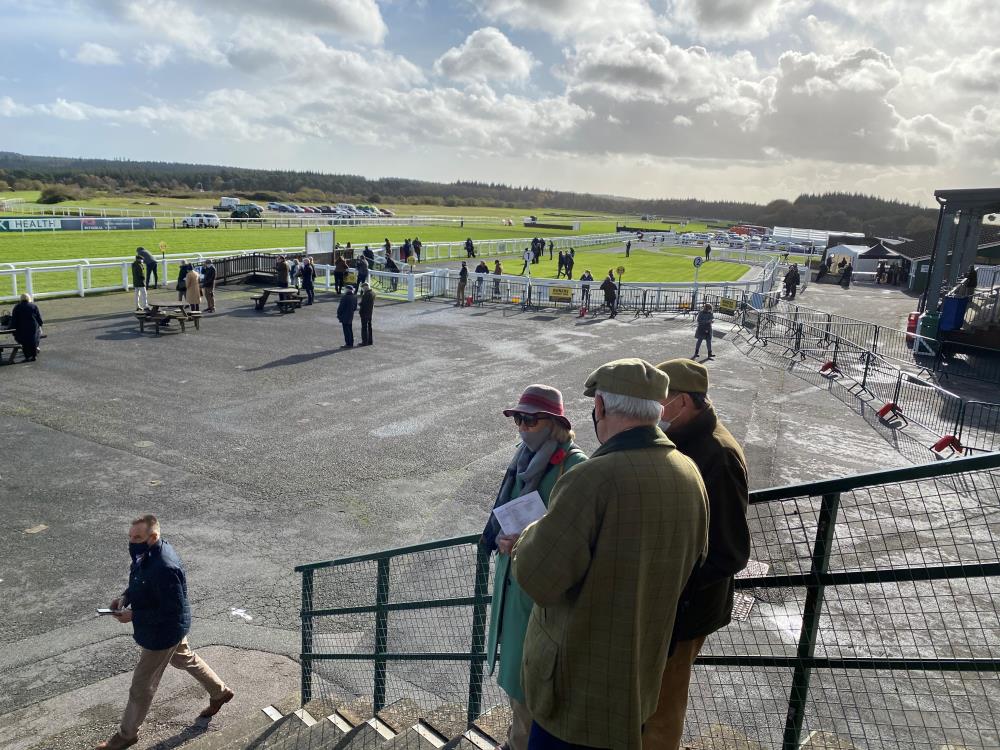 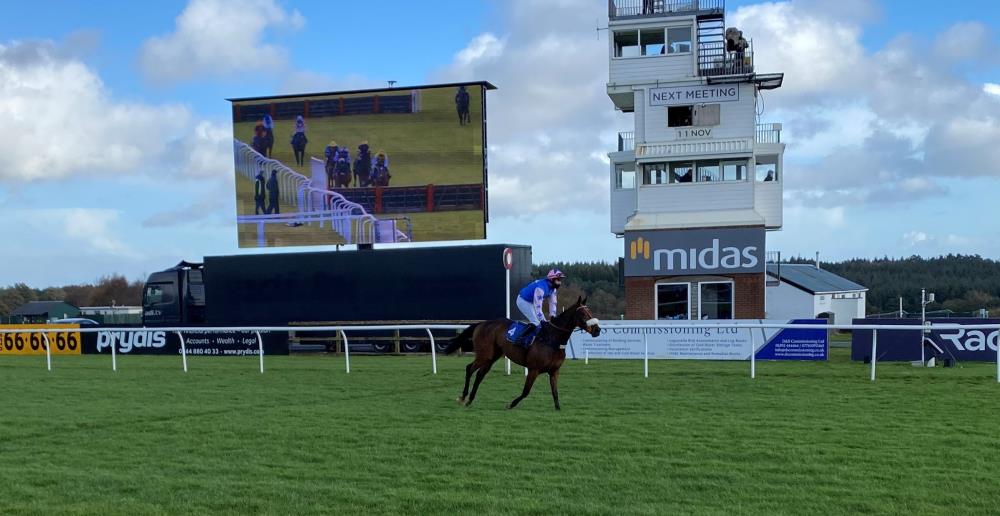 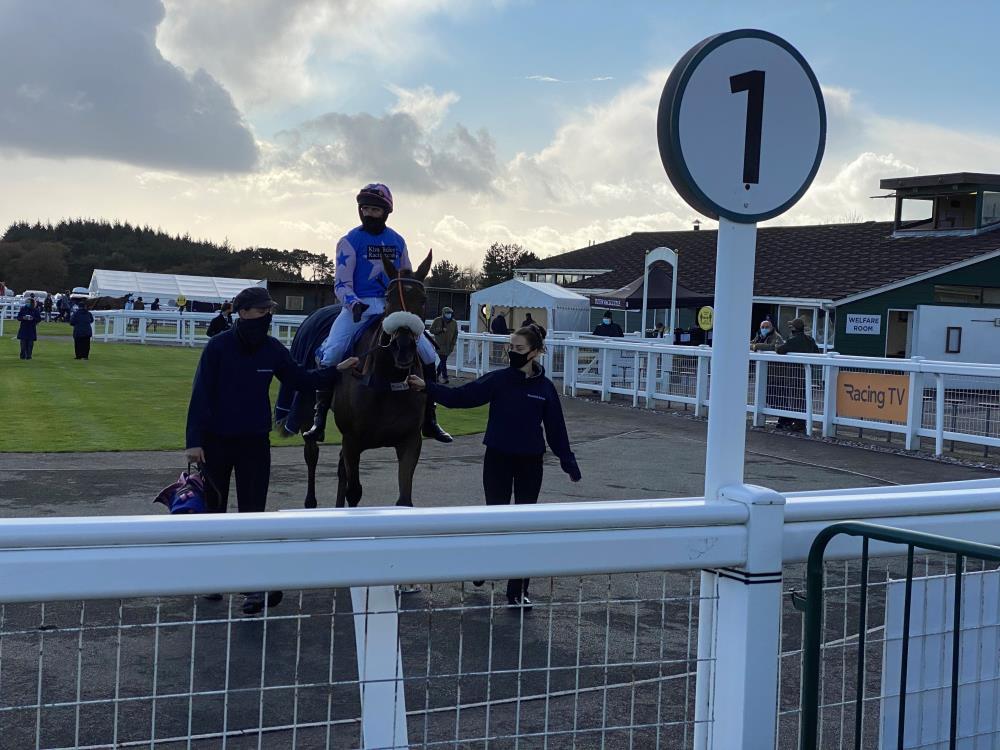 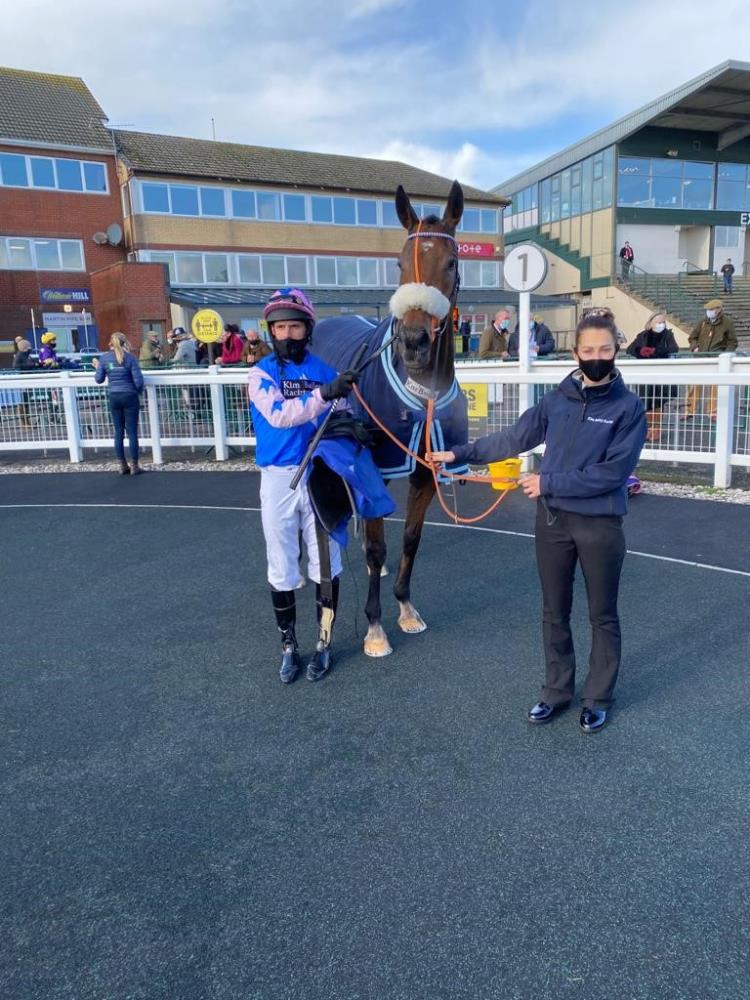 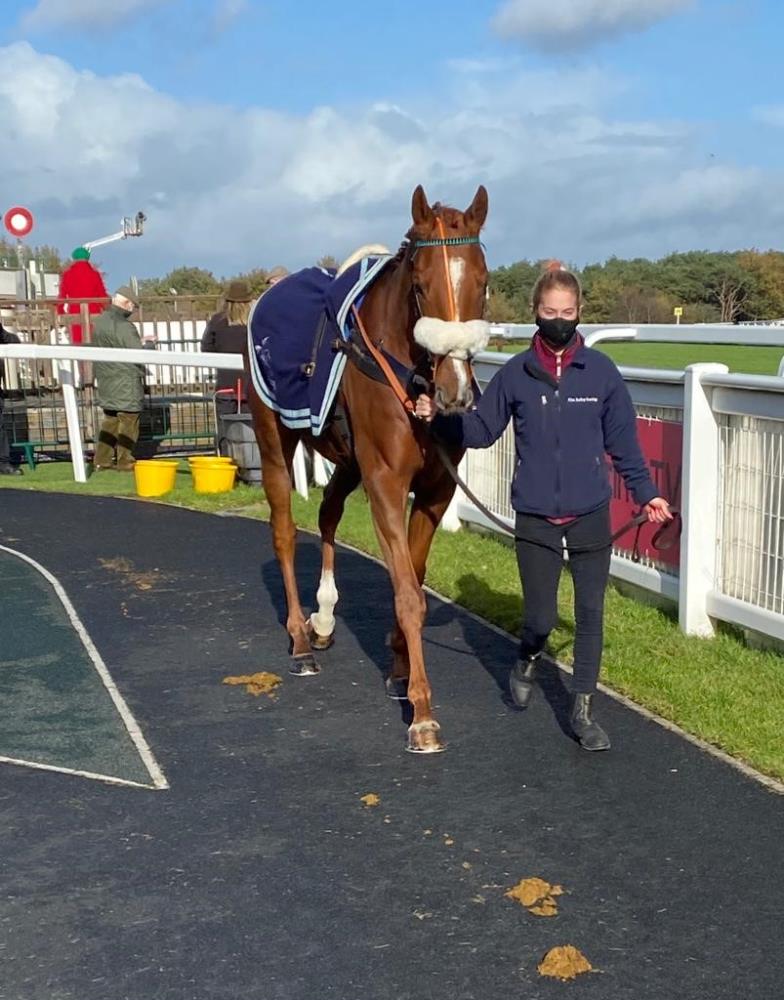 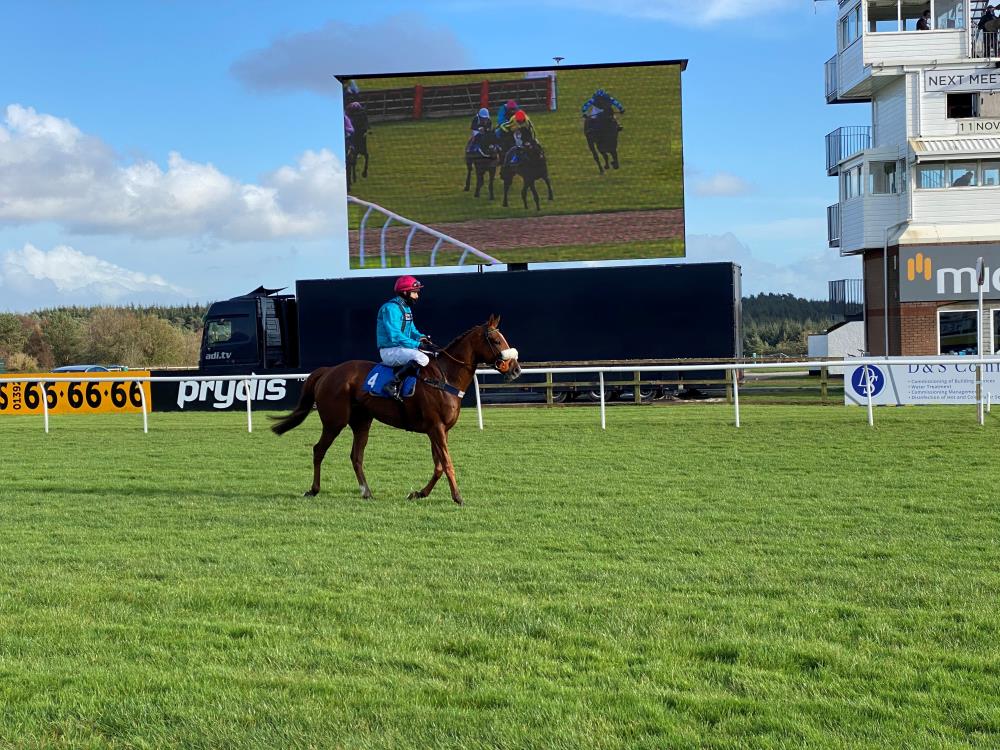 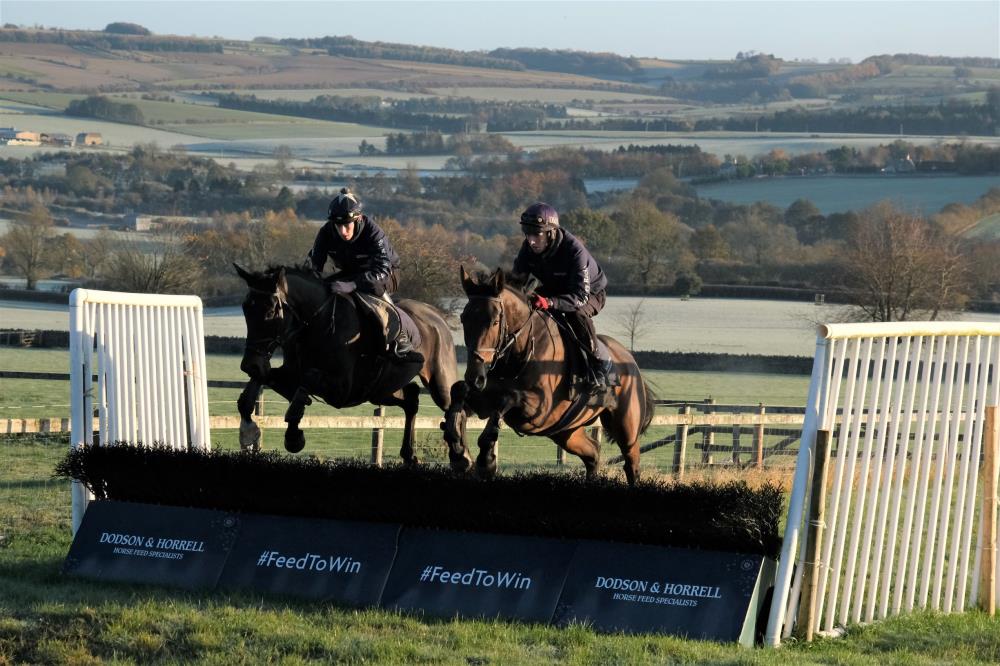 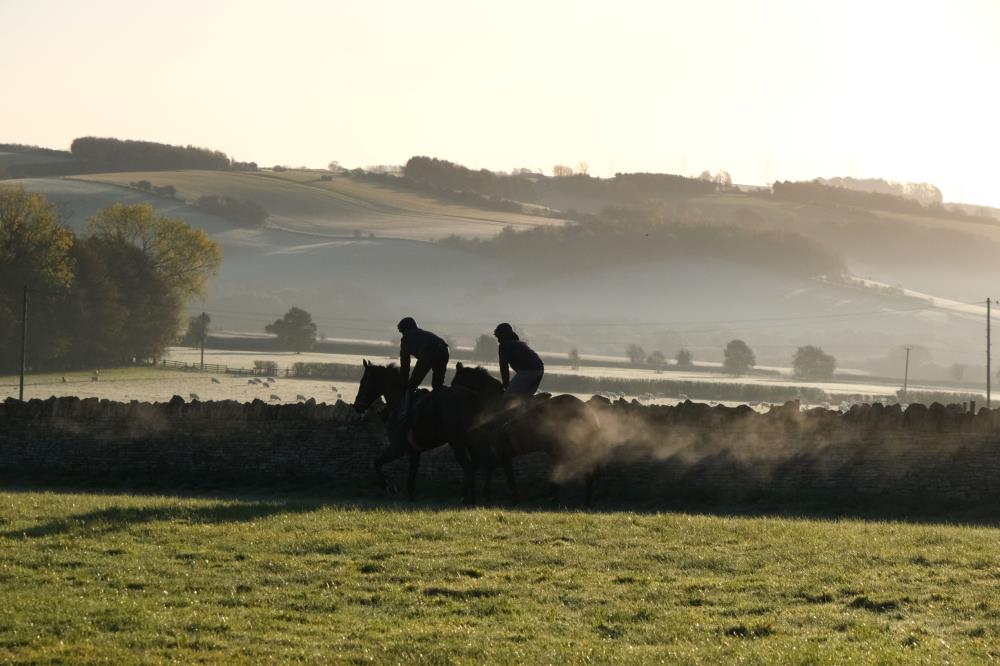 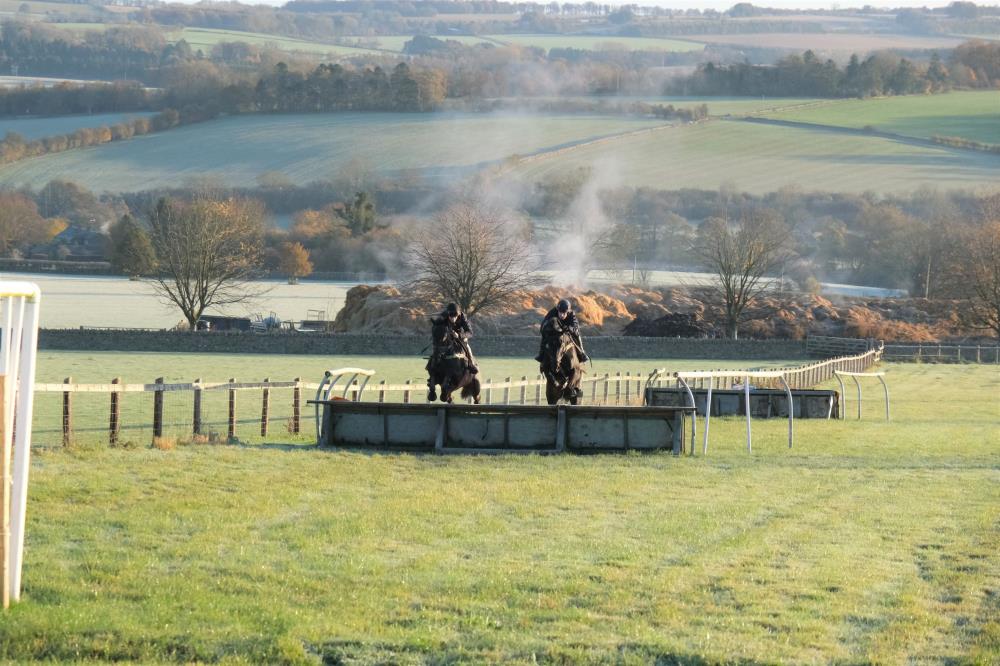 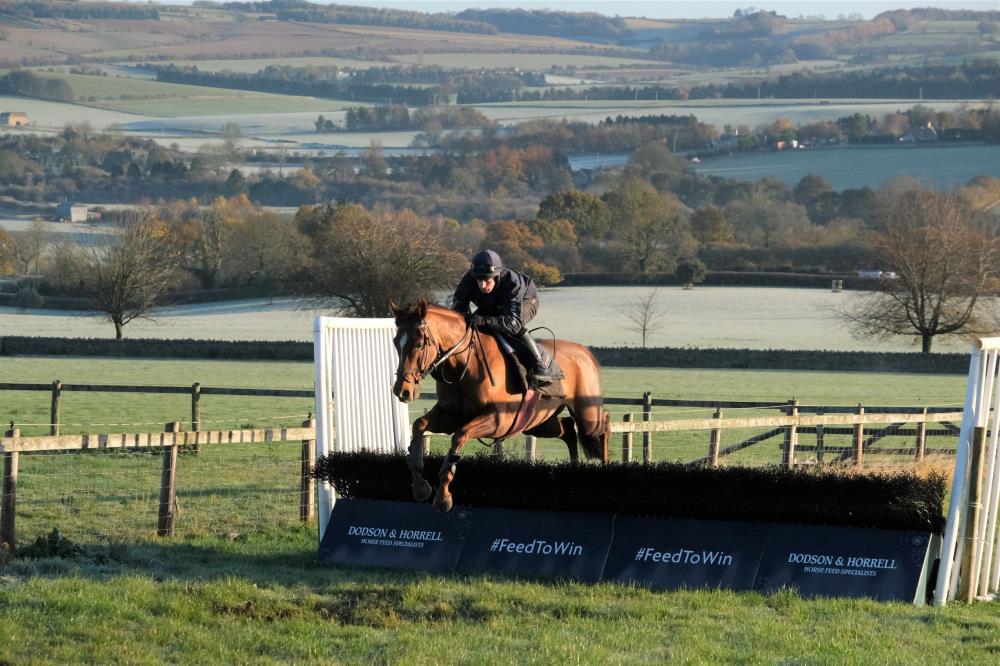