Plus 8 and dry when driving in. Rain is forecasted.

I am not even sure where to start. Yesterday was a horror.

Magic Money ran well to finish fourth but all the rest were pretty abysmal.

Rain arrived at Ludlow and the ground was certainly not as described. Nicky Henderson took two of his three horses out which gave us further belief that Boolavard King would run well when Nicky took the odds on favourite out. It was not to be as he just ran out of puff on the ground..or did he go too fast?

At Leicester they were going in about 7 inches and it was very holding and certainly tiring. Milord struggled and The Drinkymeister did likewise although I am not sure he was giving it his all. No, it was not a good day...

Thankfully all of yesterdays runners seem fine this morning..

I said yesterday that I was heading to Leicester and was ‘looking forward’ to seeing how they had improved their owners and trainers experience, especially after my various conversations with Nick Lees and his fellow Directors.

I didn't have long to wait as arriving at the O/T gate I was given a voucher for £5 to take off my meal in the restaurant.. Sorry but arriving after the third race taking a fiver off the 40 odd it was going to cost to sit down and have lunch was out of the question. I instead decided that the roast beef bap in the owners and trainers room would be sufficient, even though my voucher became worthless. Sadly the lady serving was taking the beef away as I arrived and when I asked for one I was told that they stopped serving at 2.30.. it was 2.36..

Annoying.. anyway I bumped into Nick Lees, who was in conversation with Cornelius Lysarght ; I told Nick what I thought..

What is it about Leicester that they really don't want to try. The racecourse had less people attending than an all-weather meeting at Kempton or Wolverhampton; not only does it have a souless feeling but one of dying on its feet. Surely somebody at the course would like to see it improve.... open the gates to the locals for free entry and get some people in and create an atmosphere. Do something worthwhile for those who travel miles to run their horses.

Yesterday I came across owners complaining about how they were being treated; without my prompting....Enough said.. I will try and avoid Leicester if I can. At least Worcester get people through their gate..

My day was not improved by a text message suggesting that one of my horses should be turned into something long and thin and sold in Tesco’s!

The day ended well with supper with Martyn and Sandra Steer-Fowler, who were staying at No 38; we dinned at The White Spoon.. A new one for me and for Edward Mawle who was on the table behind us..It was good.

Record number of entries for this years Crabbies Grand National including our horse The Last Samuri.

Today is our easy day.. We worked Didntitellya and Younevercall.. Conor Shoemark was in to help.

We have no runners today.. or tomorrow!

A cowboy and his wife had just got married and found a nice hotel for their wedding night. The cowboy approached the front desk and asked for a room.

He said, "We’re on our honeymoon and we need a nice room with a good strong bed."

The clerk winked, "You want the ‘Bridal’?"

The cowboy reflected on this for a moment and then replied,

"Nope, I reckon not. I’ll just hold onto her ears until she gets used to it." 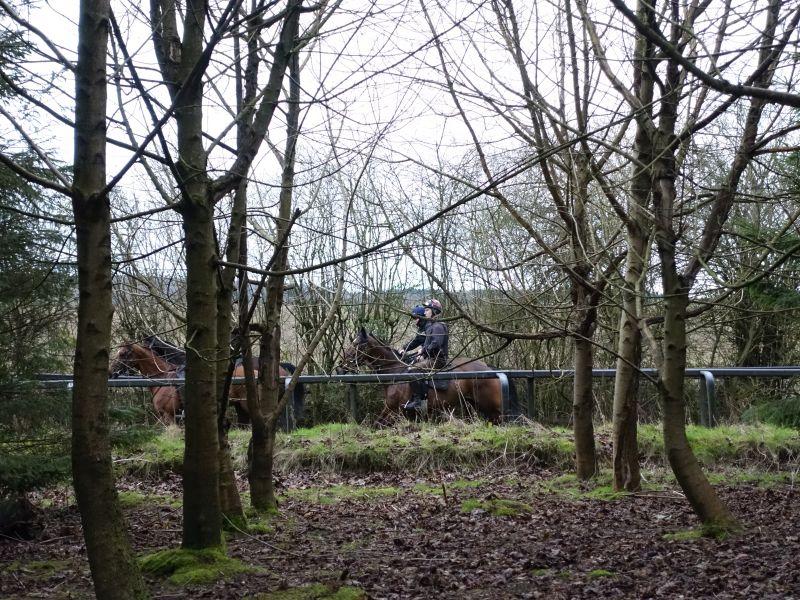 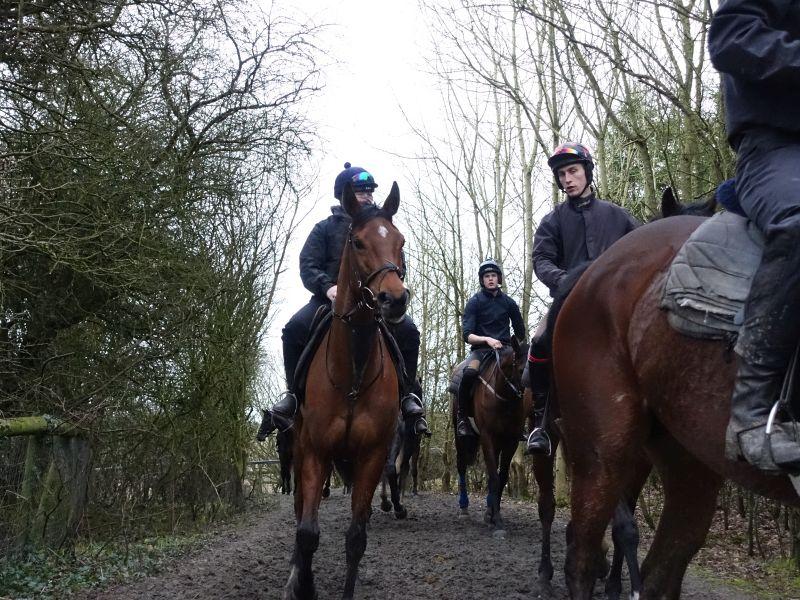 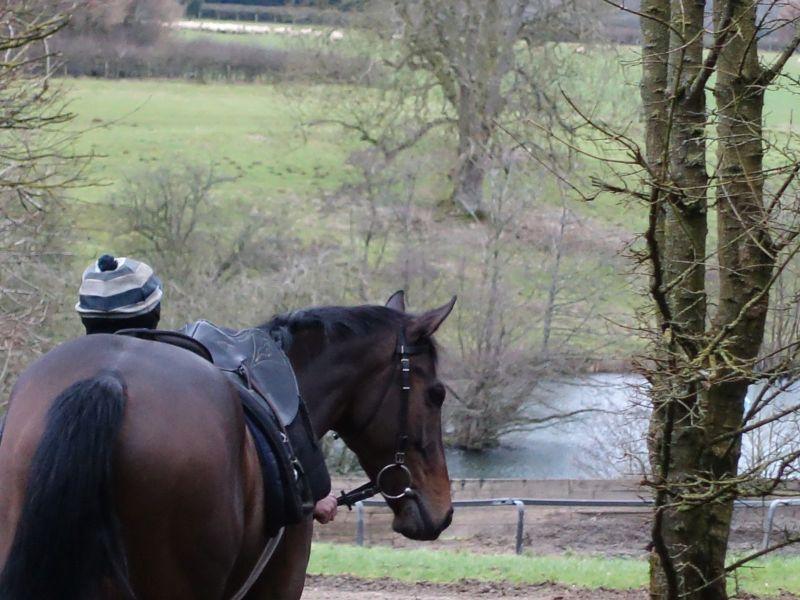 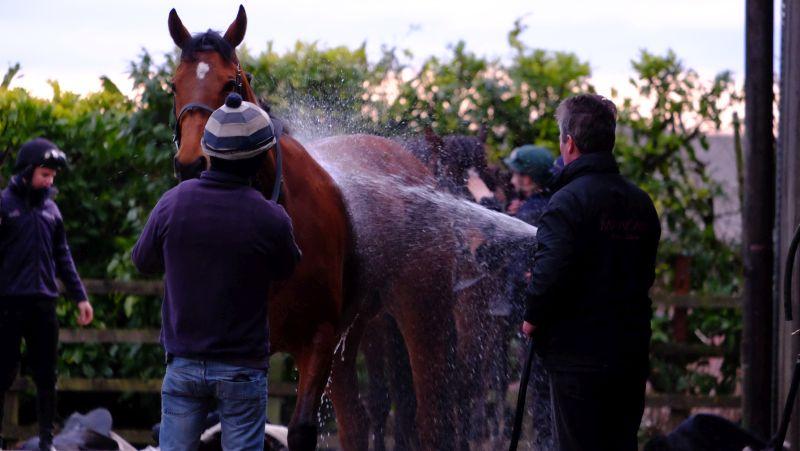 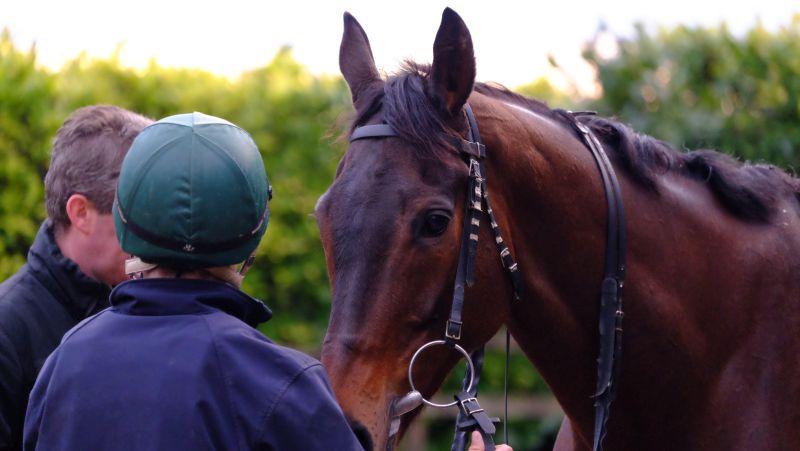 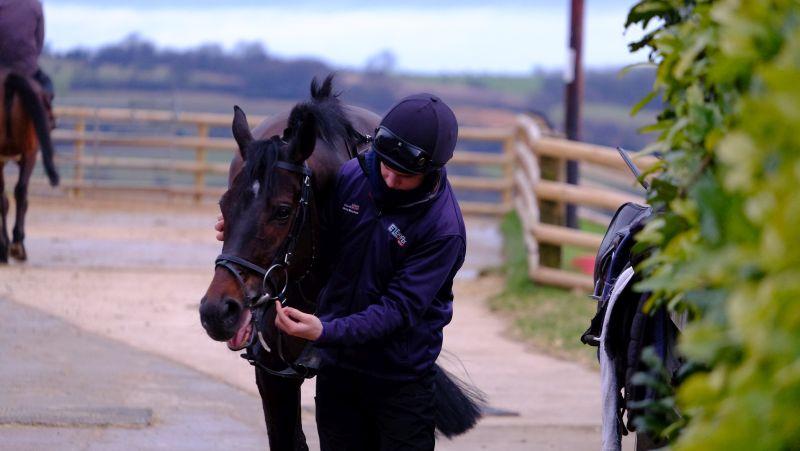 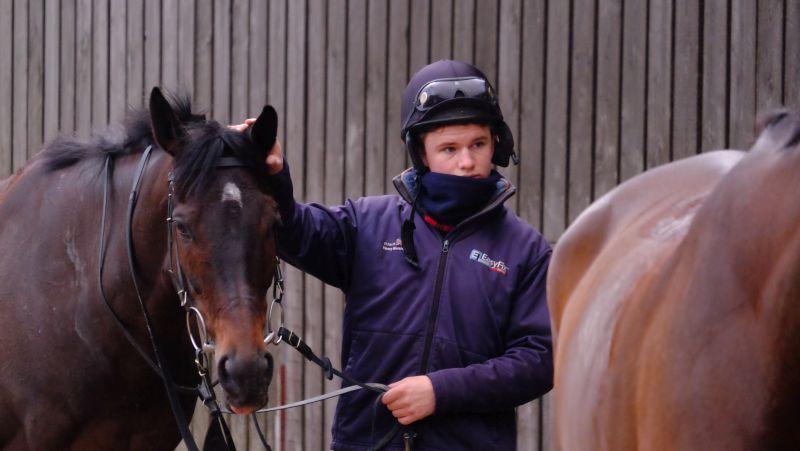 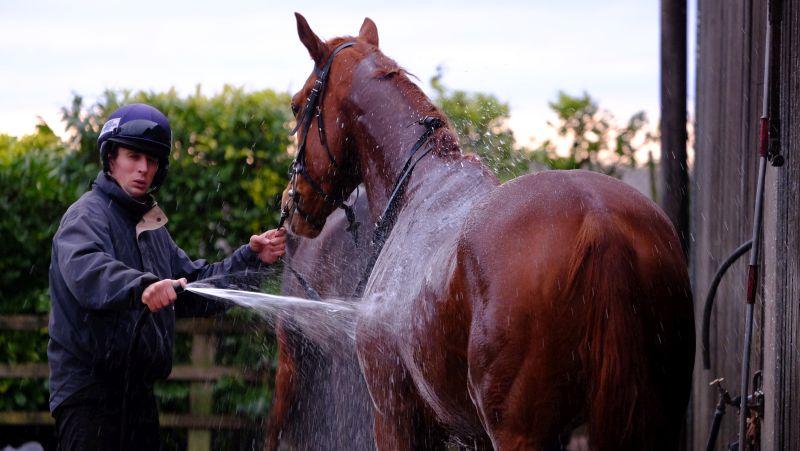 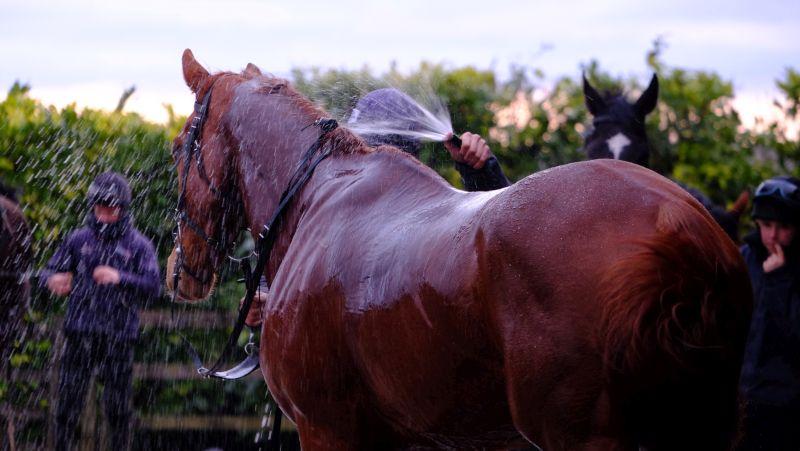 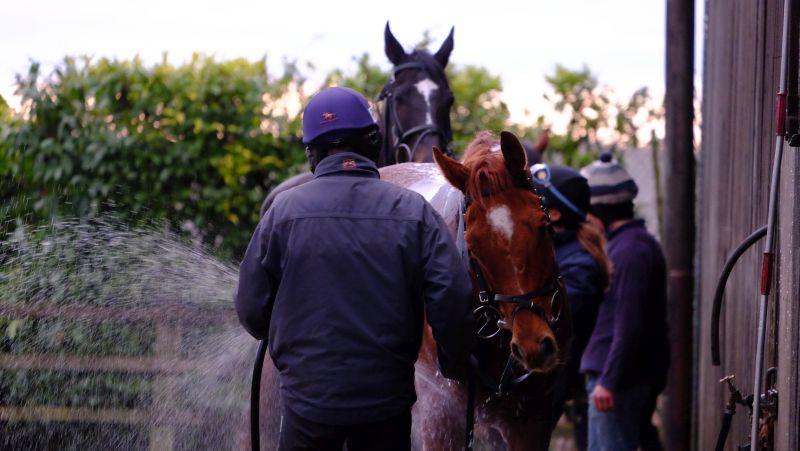