No dry eyes after First Flow's win in the Peterborough Chase at Huntingdon yesterday.. It was magnificent..

Yes I know he was running on the fastest ground he has ever run on and he was going further than he has ever done before, but he is a class horse and he was only a couple of lengths behind Saturdays Tingle Creek winner Greaneteen at Cheltenham in March..

Forgotten yes, but not by us.. We just love this big eared monster.. Odd ball yes, we call him all sorts of names.. Affectionately of course.

Watching him race is never easy and certainly not for the feint heated as he can take the odd fence by the roots and yesterday he did root at least a couple of fences.. Held up, well sort of, he crept into contention on the home turn and came back on the bridle two from home and frankly he not only won well, but quite easily..

I was rather emotional after as not only do I adore FF but I missed his owner Tony Solomons, who due to age and health was not able to be at the races to support.. Tony is my longest servicing owner and he would have just so enjoyed the day.. Miss him and miss his humour..At least he was able to watch with his daughter Nicola at home..

The Racing Post took a while to report on First Flow's win but eventually they did..

First Flow really does deserved more credit, he has won 8 out of his 14 starts over fences, placed second 3 times and third once.. His wins include a Grade One at Ascot and 6 straights win on the trot....He also won 3 of his 5 starts over hurdles.... 4th in two bumpers.. Yes some horse.

To finish .. well done to Will Hodkinson who not only looks after FF but rides him out every day.. A top team..

Pipesmoker (best turned out) finished 4th and found handicap company tougher than novice .. He has run three time this season and has won and been placed on the other two starts..

Other News from the weekend. Aintree was as dire weather wise as I can ever recall.. very wet and very windy.. Nearly half of the runners on the card pulled up and that included Imperial Aura.. He will be back, as will Rocky’s Treasure (Best turned out).. when the handicapper drops him a bit further!

Yes a tough weekend which ended well.. How did I celebrate.. Eating a pizza in Banbury while charging my Tesla!!

Thanks for all the texts and mesages.. I had one that I bizarely mistook as from my father in law.. I relied 'thanks Freddie'.. to which came the reply  'I am Liz Wills, married to John not Freddie!!

Lewis Hamilton won the most bizarre Saudi Arabian Grand Prix.. One more race and we will be glued to the TV next Sunday..

Mrs B and I went out to supper on Saturday night to The Inn At Welland..excellent and on the wine list was Chianti Classico..!

David Bass was in to ride out.

Mark and Melanda Laws were here to see their two horses Equus Dreamer and Shanacoole Prince and their KBRS horse Does He Know..

We have the one runner today at Ludlow.. Charming Getaway runs there and for my thoughts on his chances please click here…

I will not be at Ludlow as I am attending Nicholas Sperling’s funeral in Lambourn at 2.00 this afternoon.

Q: What's dumber than a brunette trying to build a house under water?

A: A blonde trying to burn it down 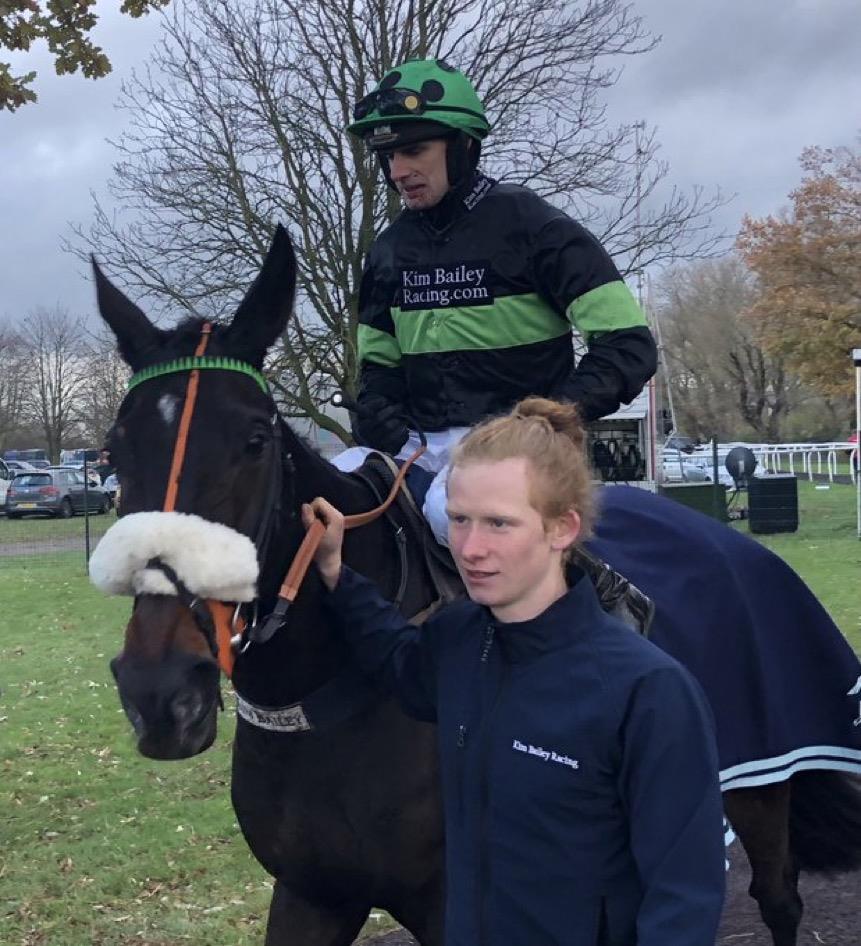 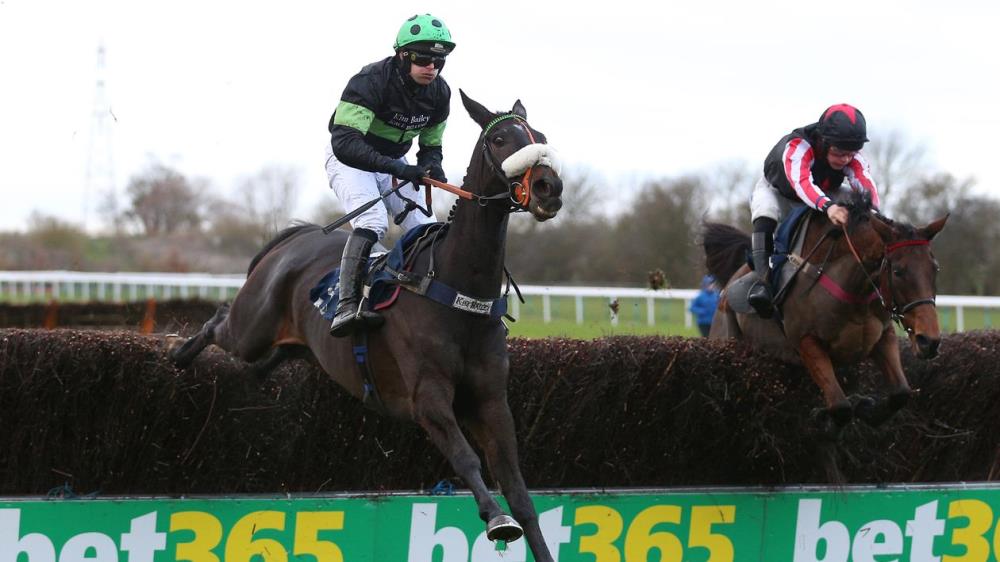 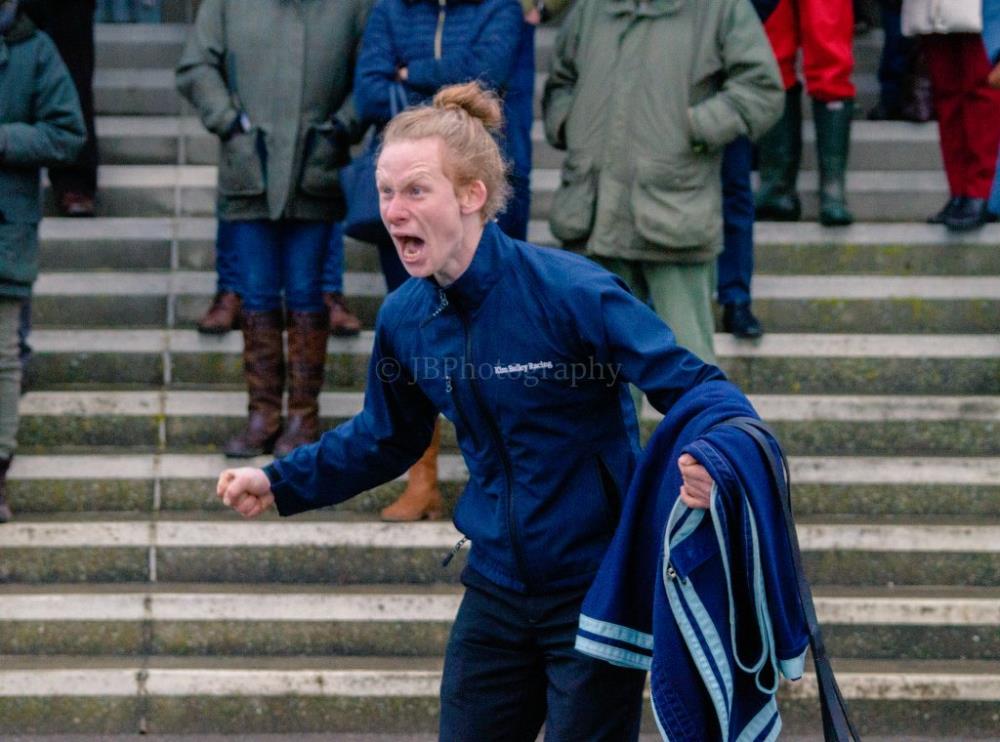 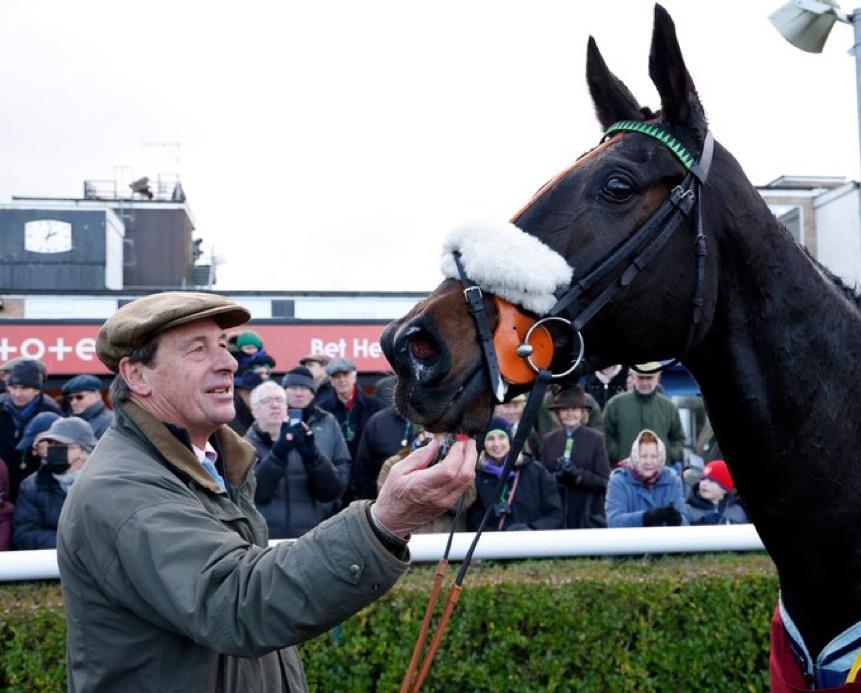 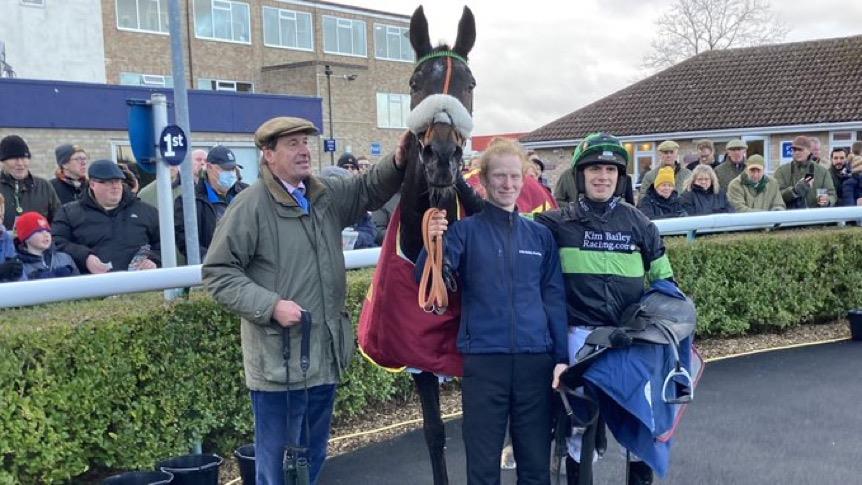 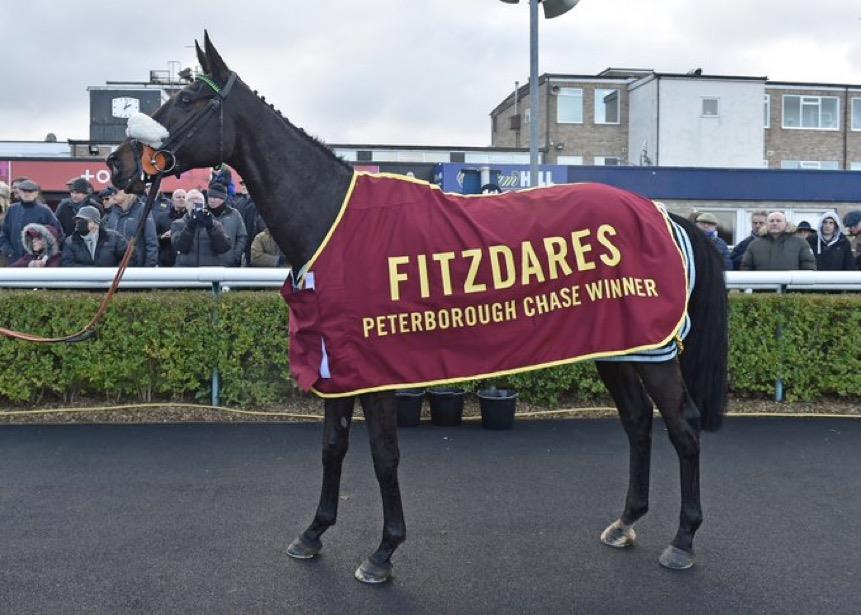 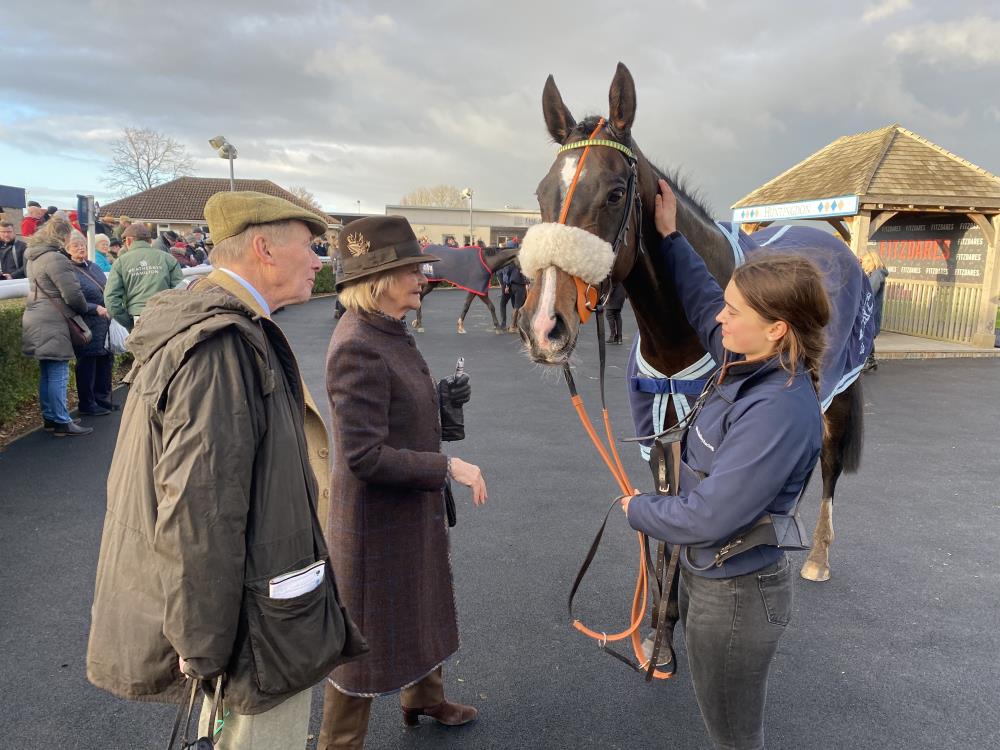 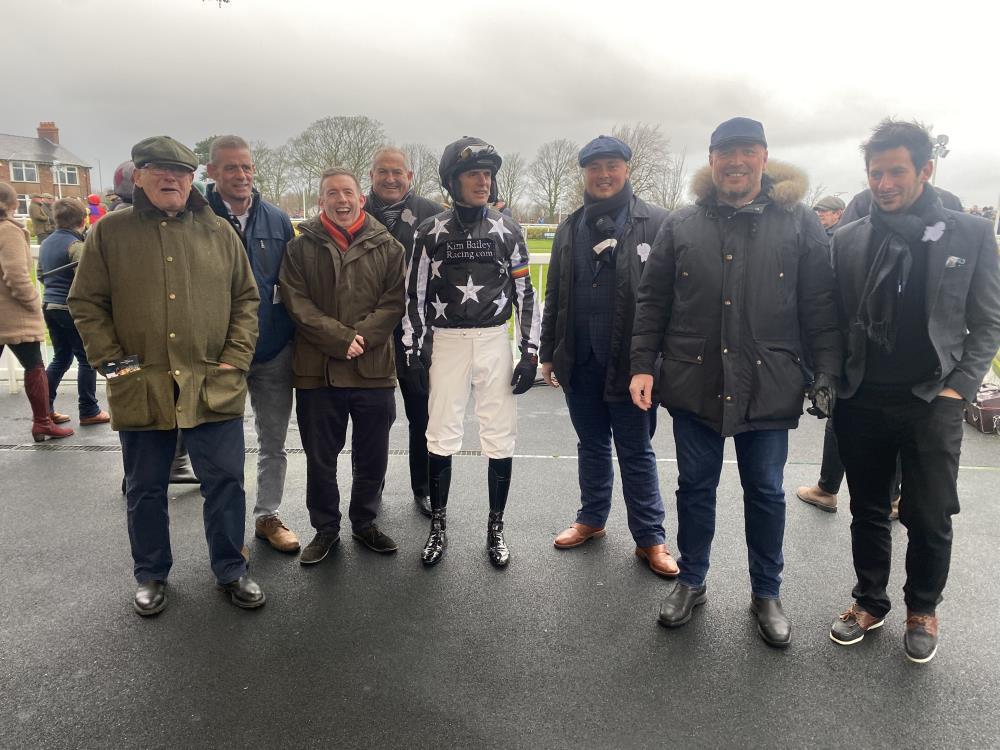 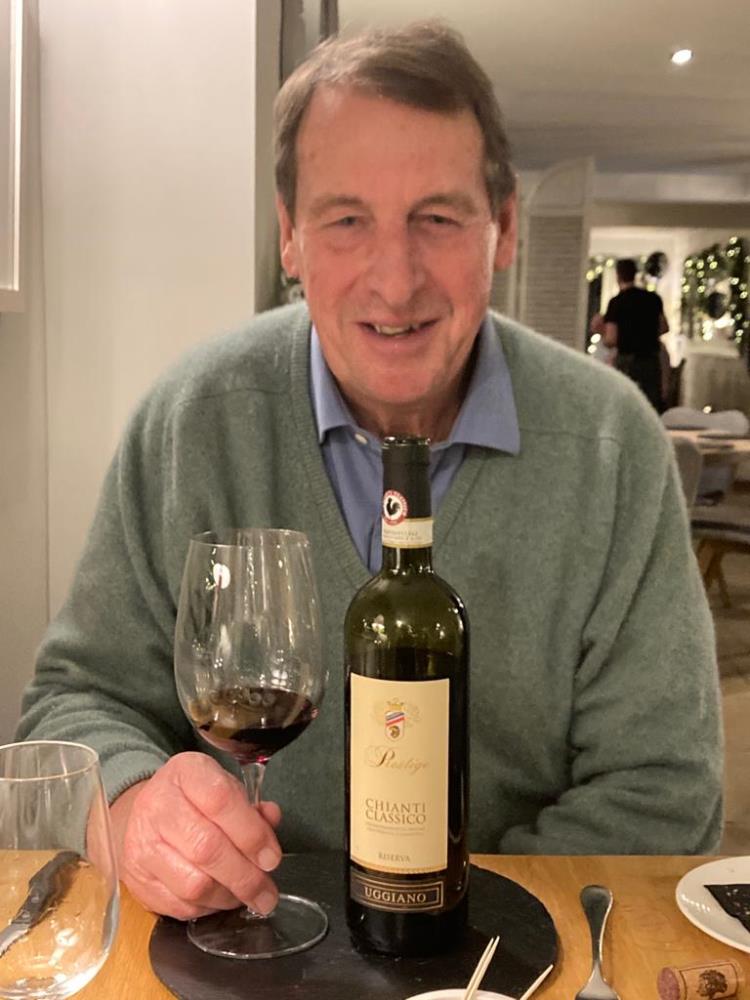