0 degrees and dry when driving in. Frost on the windscreen this morning.

Well that was an interesting weekend.

Lets start on Saturday at Doncaster where The Last Samuri  ran a blinder to finish second on the Grimthorpe Cup.

Top weight, interesting ground and a decent race quality wise. 12lbs higher than when winning last year and running on at the end to finish a comfortable second. We were all delighted and we all thought it was a good Randox Health Grand National trial.

Half an hour later Thumb Stone Blues won the novice hurdle by 25 lengths, so ending a relatively good day for owners Paul and Clare Rooney. TSB was my 200th winner in the last 5 seasons.

At Newbury where the ground was horrid. Harry Topper was 4th. Perhaps too much use of him was made by Tom Bellamy, but who expected him to be able to jump off in front. While in the bumper Call Claude showed distinct promise for his owners Michael and Mary Dulverton to finish 4th; CC will be a decent hurdler next season.

The Last Samuri, Harry Topper and Call Claude all won best turned out prizes and well done Tyler for being so good on ITV when talking about TLS who she looks after.

The Greatwood Charity day at Newbury was a huge success.

Yesterday at Huntingdon we had a bit of a shock when Braw Angus won the second race which was great for his owner breeder Iain Buchan who has been with me for years as an owner. The downside was that Fifty Bob should have won but for unseating Henry Morshead at the last when upsides in front.

Further bad news was that the second in the race Far From Defeat collapsed and died after passing the winning post. Very sad and it makes you realise what a fine line we tread. Sad for his trainer Michael Scudamore and his owners The Raise a Glass Partnership.. I should image a few were raised later.

Derrintogher Bliss did not read the script by becoming lame on Saturday and missing his important engagement at Huntingdon where one of his owners Steve Winter was celebrating his 50th in a corperate box with family and friends. Forgetting the fact that Steve's horse did not run they still had a good day and were well looked after by the racecourse.

Finally we did not run the bumper horse Blazon because of the very tacky ground. So yesterday my KBRP members all went home not as happy as they arrived…

Good to see Casper Shan Kydd at Huntingdon. Casper had a winner in the novice Chase that DB should have run in with Caroline Bailey. Casper and I both commented on how much better Huntingdon had become at looking after owners…

An early morning visit from the BHA.. Checking our medical records and blood testing all our Cheltenham entries. Normal before big meetings..

''A quieter week this week but still successful. A trip down to Ffos las on Wednesday where the sun actually shone!!

As I've said before I quite like the Welsh racecourse and the trip isn't too bad... much better than to Wincanton where our other runner was, there is no horsebox friendly route there. It was lovely to lead up another winner for Mr Perriss, he is always generous and complimentary, even when things go wrong, it's nice to see his patience being rewarded.

Ludlow Wednesday, and we didn't quite get the results we hoped for, although Tyler did win best turned out. Aliandy can get a bit stressed at the races and so I always lead him in at the start, having his 'hand held' keeps him relaxed and focused. The starters are very good about this, they all know me now!! They help me get him in the right place and make sure I am safe. It is a huge help to them as it makes the start straightforward but also to  the horse as it allows him the best possible chance of running well.

Newbury Saturday, a lovely racecourse and although they are building around it (putting in new saddling boxes) they have not let it affect the facilities they already have. My only complaint (and it can't be helped) is that everything is so far apart!! The stables are on the other side of the road and it is a walk from the parade ring to the racecourse, this just makes everything take that little bit longer as it is about a 10 minute round trip to declare/collect saddles etc.

The canteen is very nice though, you get a £2 voucher (surely they could do better?) and it feels like you are sat in a rustic restaurant. I had homemade lasagne and salad and it was one of the best I have had for a while.

Huntingdon yesterday and another winner!! Not the one we were expecting but Braw Angus is proof that with the right care and patience anything is possible. BA has had his problems and at one point it looked like he would not see a racecourse but after a few runs the penny has dropped and he thoroughly enjoyed himself! Hopefully this is the first of many.

Looking like a quieter week this week then on to Cheltenham... ''

“Work hard for what you want because it won’t come to you without a fight.

You have to be strong and courageous and know that you can do anything you put your mind to.

If somebody puts you down or criticizes you, just keep on believing in yourself and turn it into something positive.” 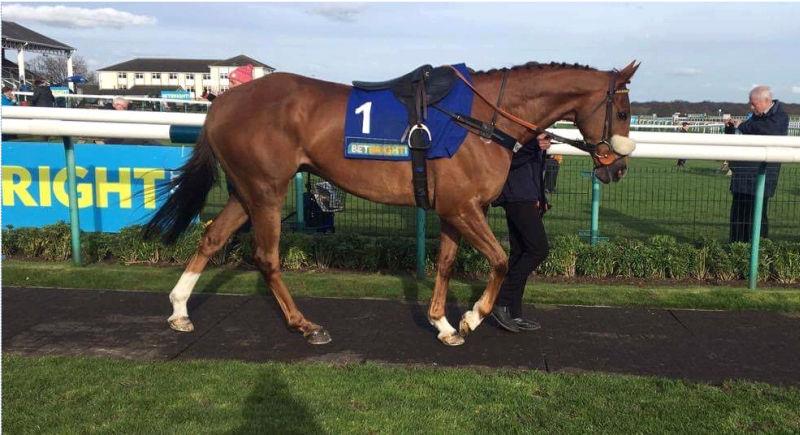 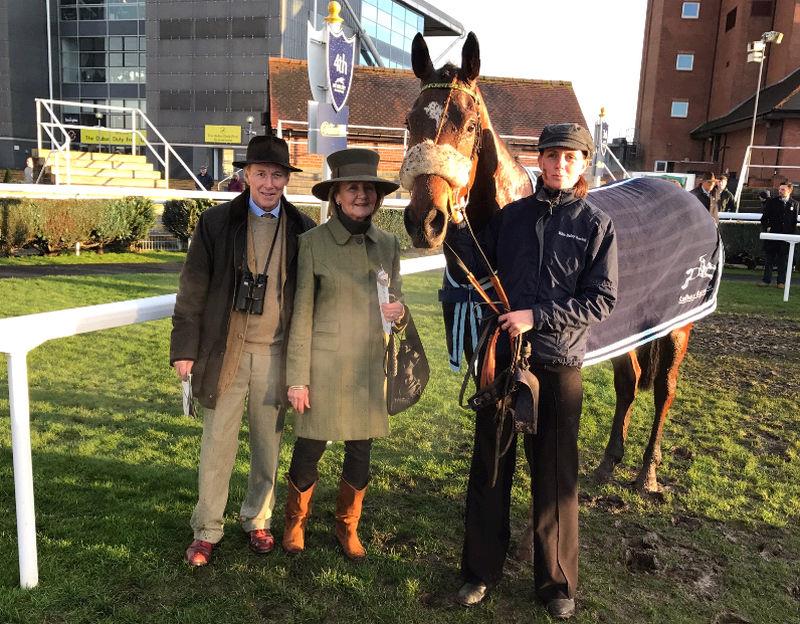 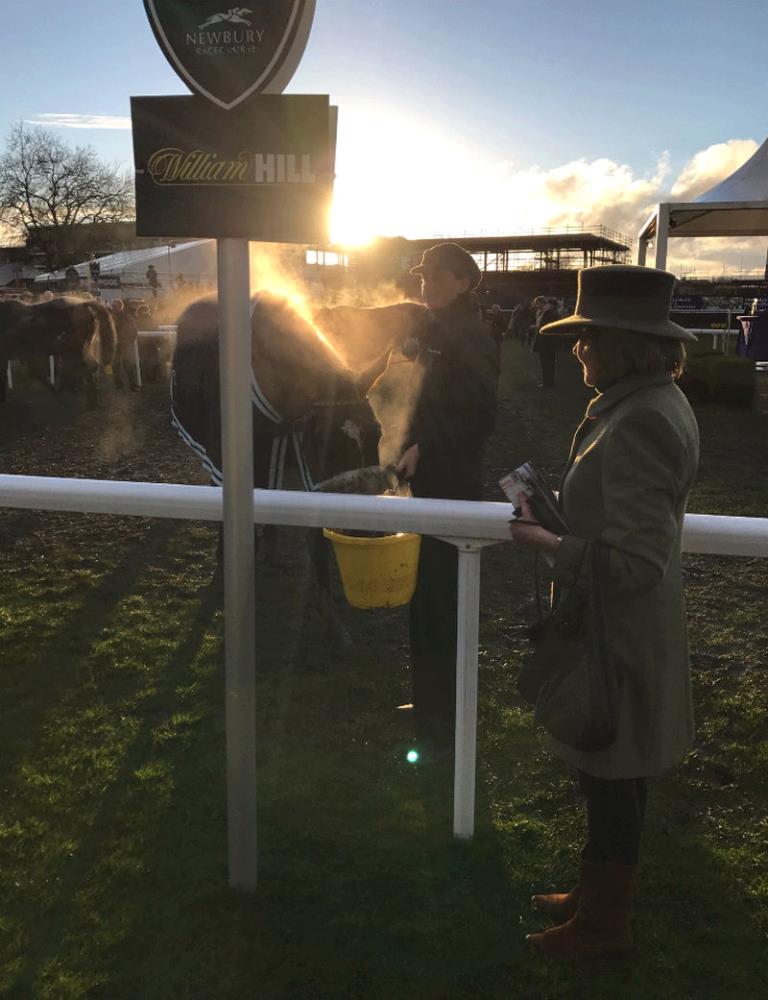 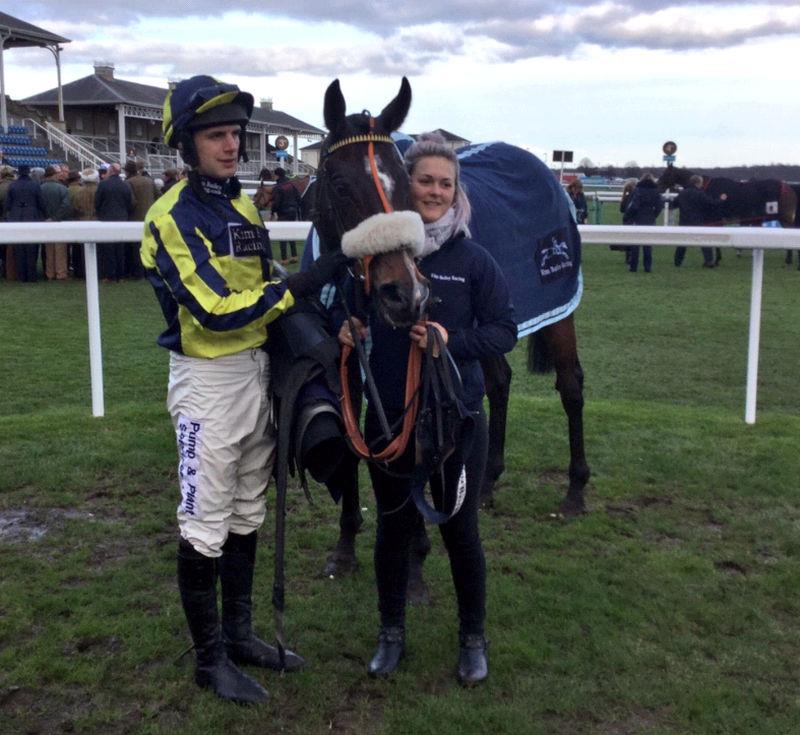 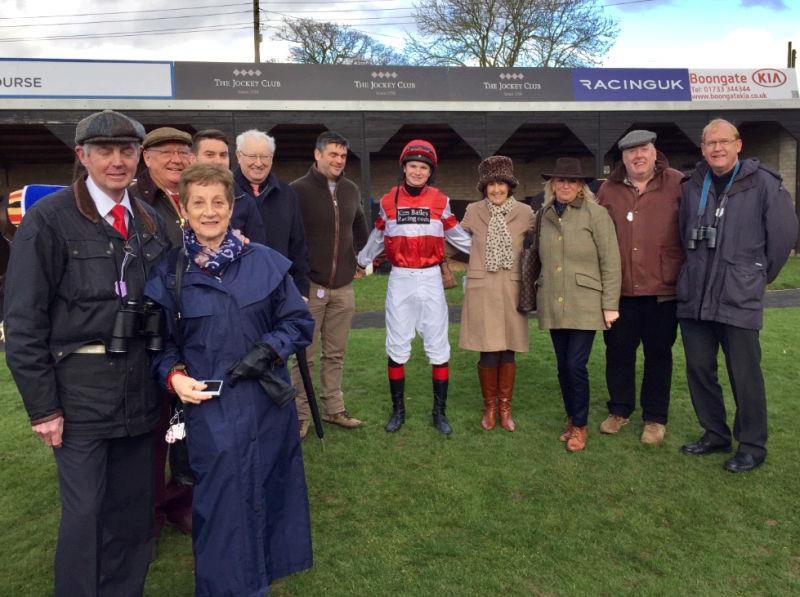 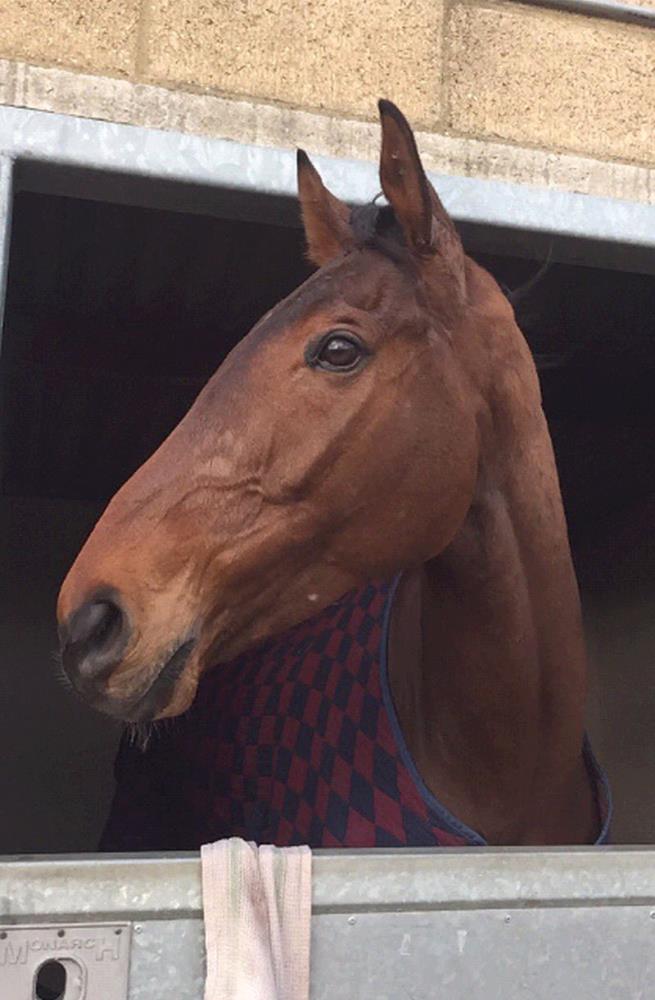 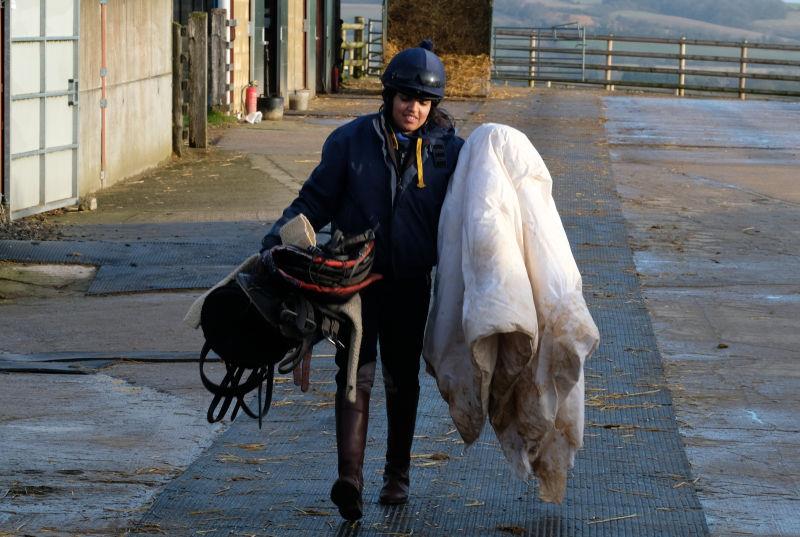 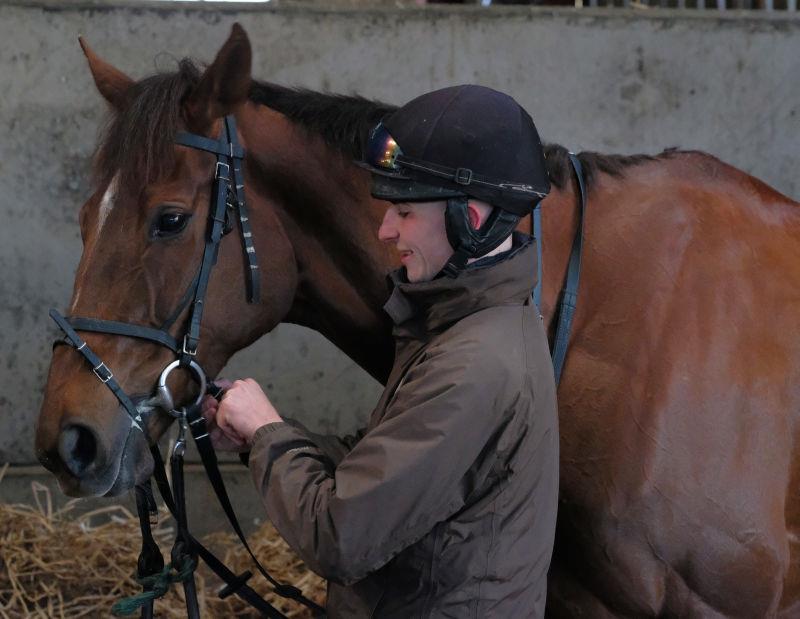 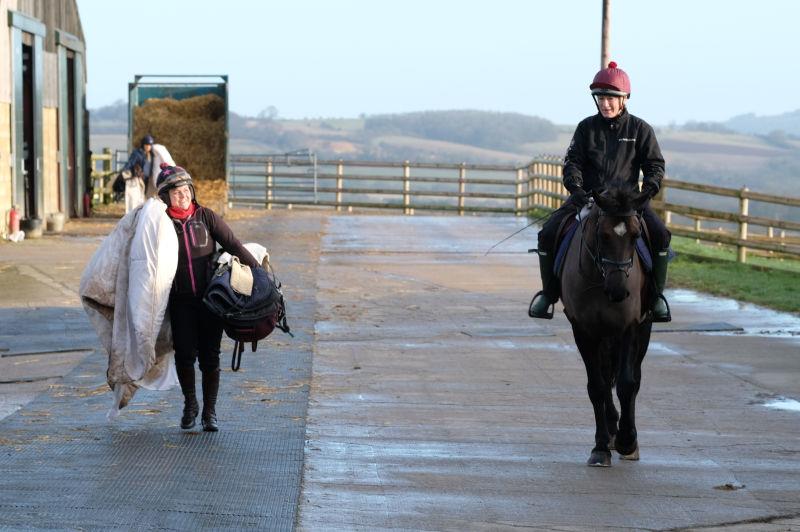 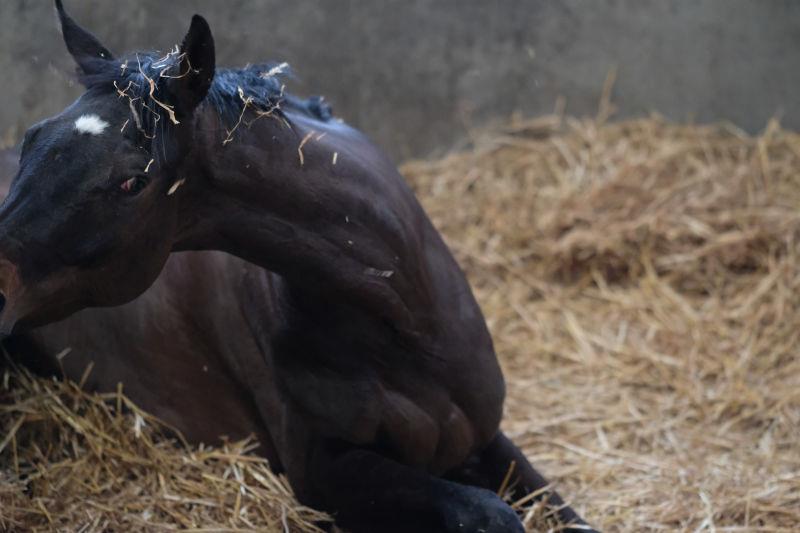 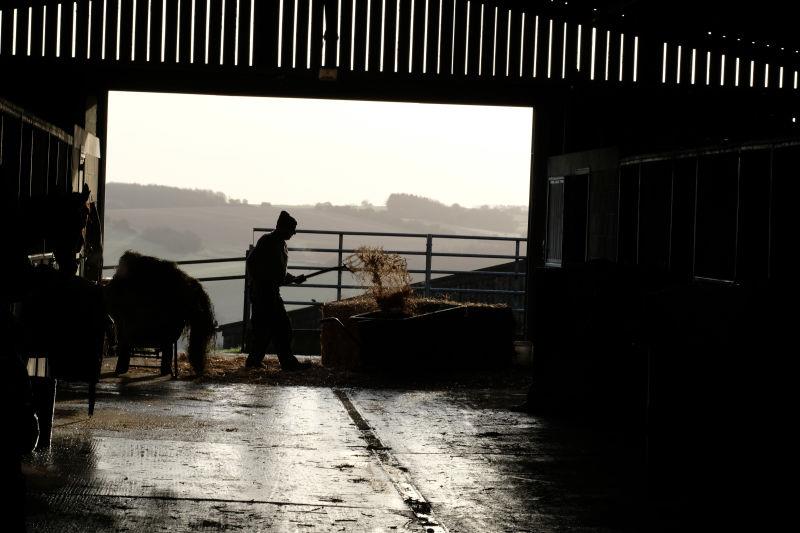 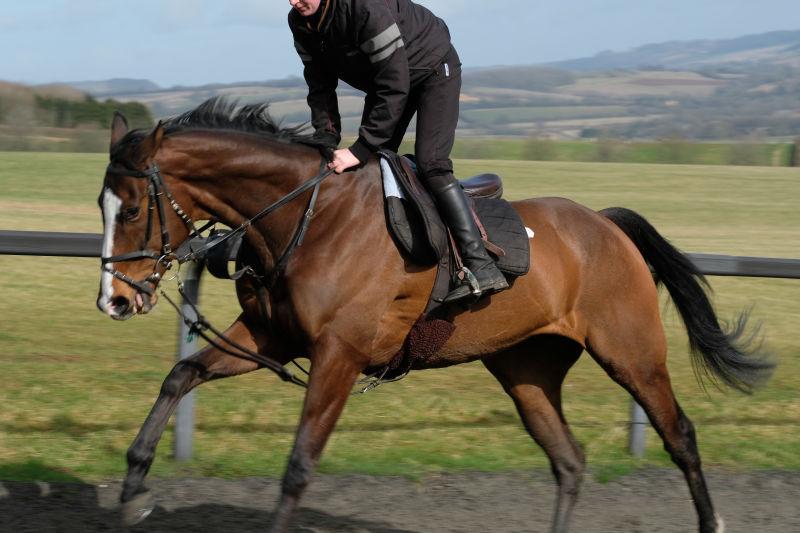 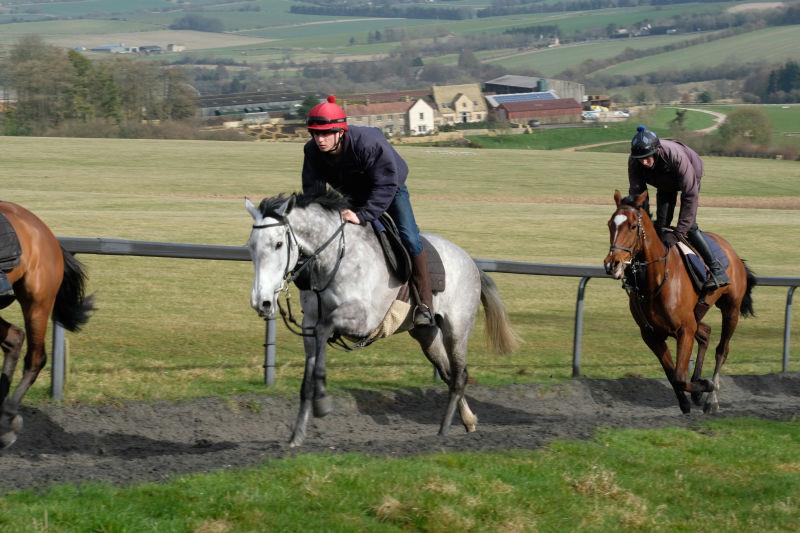 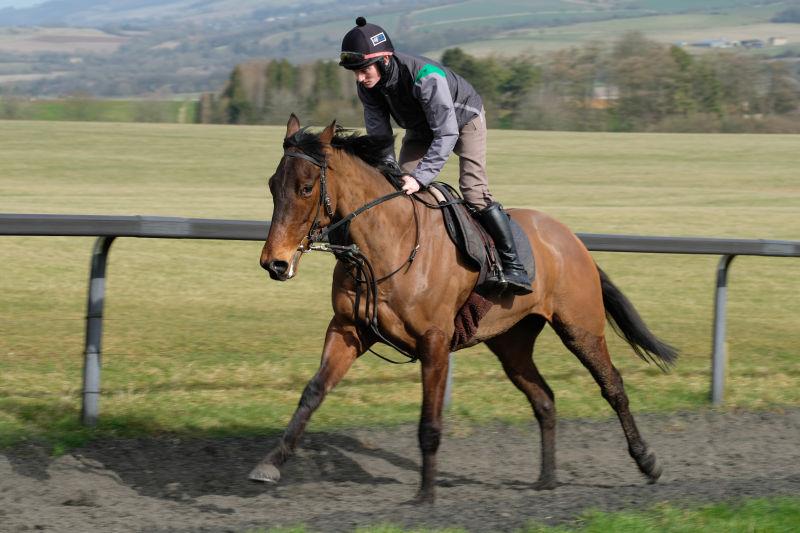 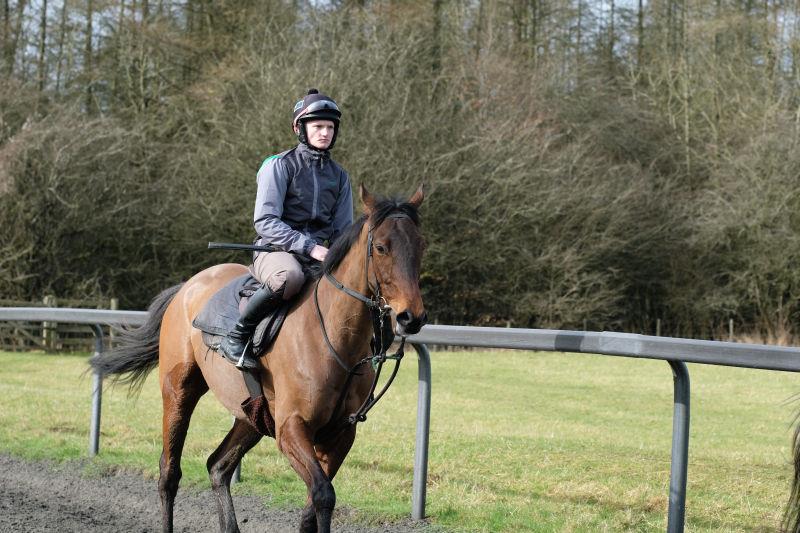 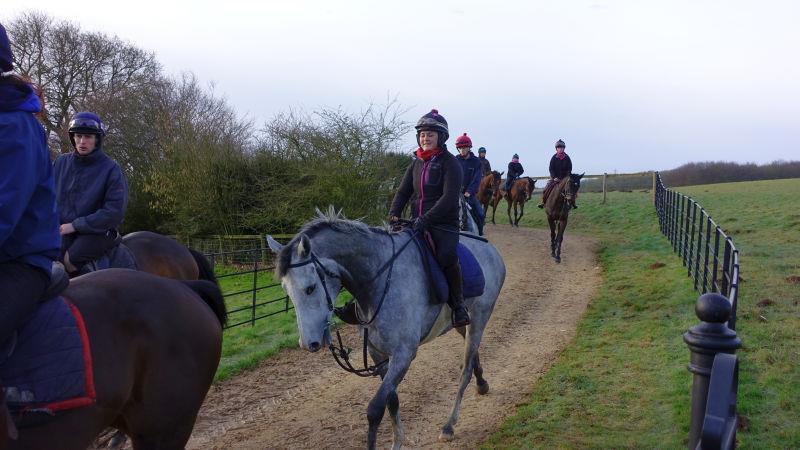 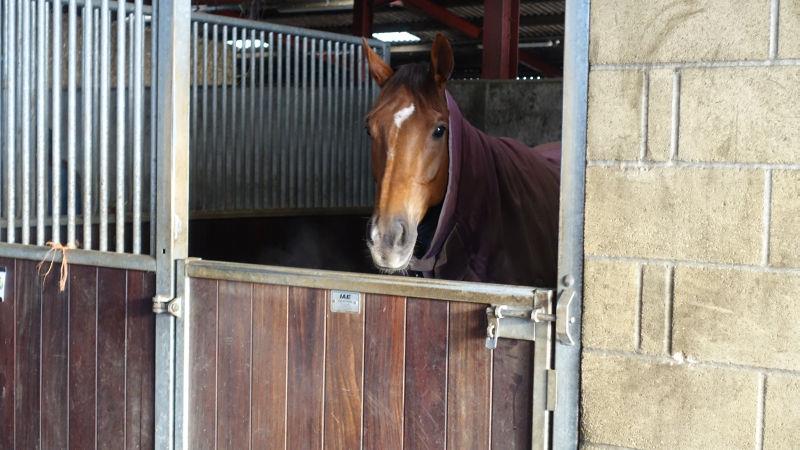 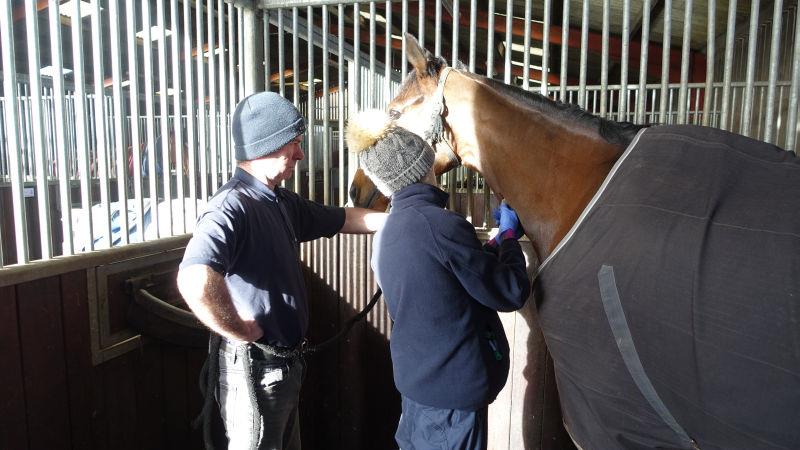 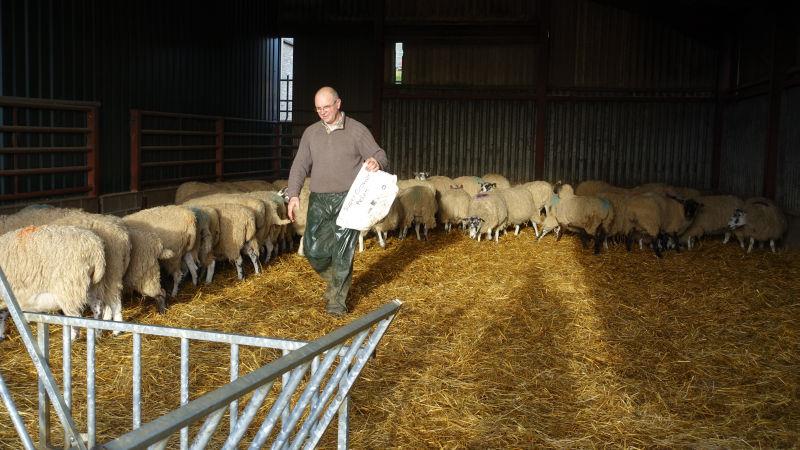