Plus 4 and dry when driving in. We had a fair bit of rain last night.

Not often I feel thankful to have been to the dentist but yesterday was a first. My appointment meant a numb mouth but not a numb bum for sitting in a car for 5 hours going to Sedgefield. Mat went with John Perriss and David Bass and the trip was not a good one as Thedrinkymeister just did not perform.The good news is that he is fine this morning.

The track, which had survived a record 5 inspections, was unsuitable as was the drive.. As per norm now that when you have a horse disappoint the phone rings and the emails appear.

From now on I am not going to answer withheld numbers…As I have said in the past I am happy to talk but not to those who prefer to remain anonymous and hide behind untraceable numbers.. frankly I cant be bothereed with them. Gutless.. them not me!

Tom Bellamy was in this morning for a couple of lots.

John McDonnell, Michael McDonnell, Jonathan Haake and Paul Walsh were here second lot for a morning on the gallops and breakfast as booked through this web site. All came from Liverpool and were then heading to the races at Hereford before going home.

Megan Bates called in to see Kayf Storm and Monrocco. Megan works for Overbury Stud who own the two fillies that we have leased for KBRP's

Graham Potts our vet was here this morning to test the weeks likely runners. Even though most of the horses seem ok there are still one or two who worry us.. How many times have you heard me say that my job is like being a headmaster of a school.. not all pupils are healthy at the same time?

Alastair Down does his bit on Christopher Mordaunt in todays Racing Post. A very special man was Christopher and his death was a sad event. His memorial service on Thursday in 2pm in St Michael and All Angels Church, Lambourn  will not. Many of his mates, young and old, will be there to celebrate a great man.

Faugheen and Min out of Cheltenham.. more bad news and I am sure there is more to come..sadly. It has not been a good one for Willie Mullins/Rich Ricci combination

We have one runner today at Hereford. The ground will be awful. Derrintogher Bliss and David Bass team up and his owners are flying in from IOM.. For my thoughts on his chances please click here.

''A good weekend but a long one, hence why this blog is a day late! I am writing it sat in the canteen at Sedgefield racecourse, enjoying a hot pork roll and homemade brownie.

Wetherby on Saturday, they have large stables with lots of bedding, good for horses who enjoy a roll after a long journey.

The stable yard has a funny layout, a large main yard then blocks of stables behind it. My stables were fine as they came out onto concrete but a few people were in the stables tucked right round the back and they came out onto grass. After all the rain some of them were coming out with their feet covered in mud. Not ideal when people have spend ages cleaning them up.

The washdown boxes are a bit of a letdown, there are only three and when they are all being used the pressure is very poor. Also the hoses are very thick, understandable as they last longer but when you have a horse that won't stand still (neither of mine did!) they don't reach very well and it makes it quite difficult to wash them properly.

The saddling boxes are large which is helpful but they had more shavings in than I have seen in some stables! This is good as it means the horses won't slip or hurt themselves but shavings go everywhere and they stick to the horses feet and legs, again not good when you are trying to turn your horse out smartly.

On to Taunton on Sunday, I was asked by one of the vets if I minded Sunday racing, the answer is not really, days run together in this job, if I'm not racing I get a bit more free time whatever day it is, so it works out. Also I don't have to start so early on a Sunday and the overtime is always handy!!

The I only had one complaint from Taunton but unfortunately it was quite a big one.

Our first runner Aliandy was in the dope box after the race which is located on the parade ring side of the course. He came out close to the off time of the next race but was allowed into the middle of the course by the gate staff on that side. He then came to the other side to go back to the stables and was not allowed through as they felt it was too close to the start of the race.

I understand this is a safely issue but this meant that the horse had to wait in the middle of the course while the race was on. Luckily he was well behaved but he could quite easily have got loose and caused an accident.

This was due to a huge lack of communication between gate staff. The one should have checked with the other before he let the horse across. They should have set rules that horses cannot cross within a certain amount of time before the race starts. The worst place for a horse to be is right next to the track while a race is on.'' 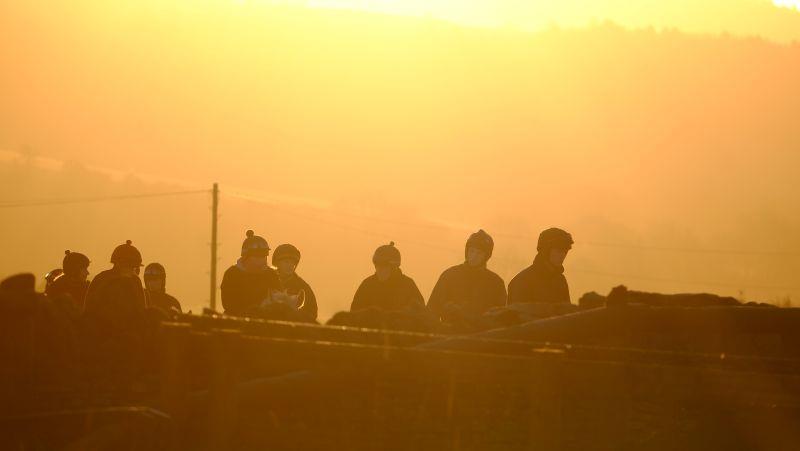 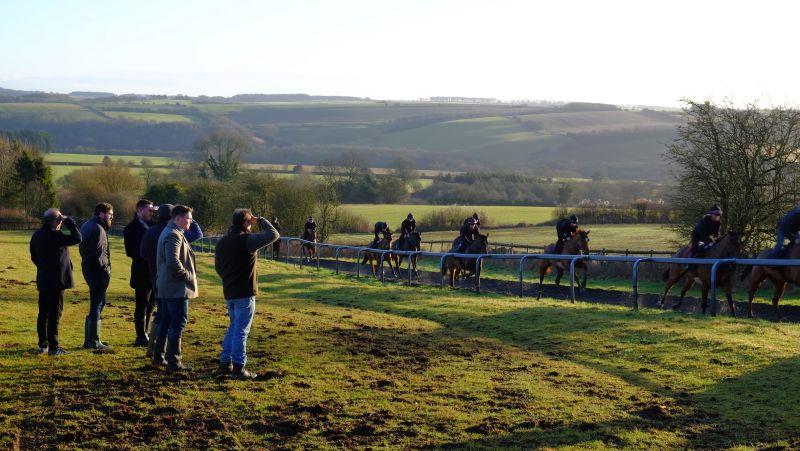 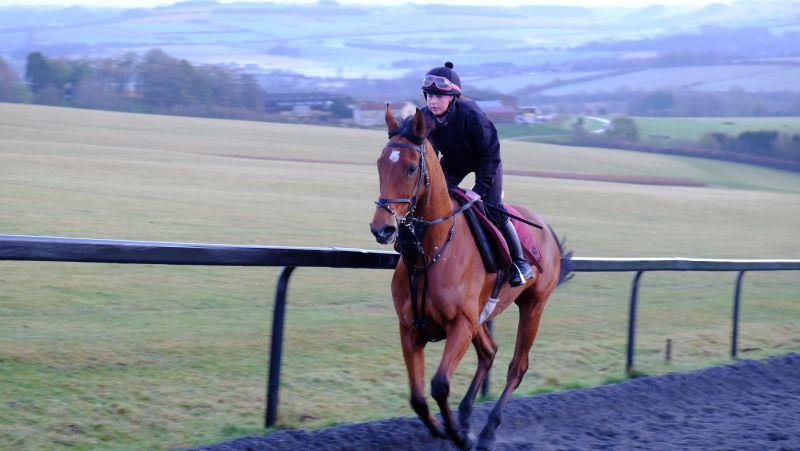 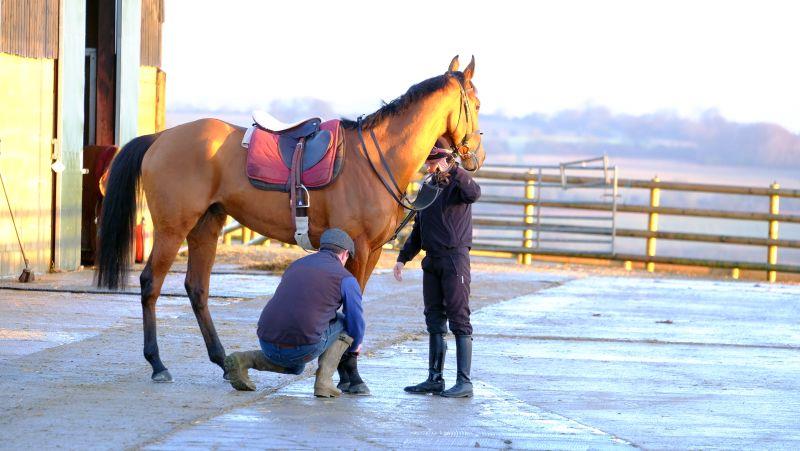 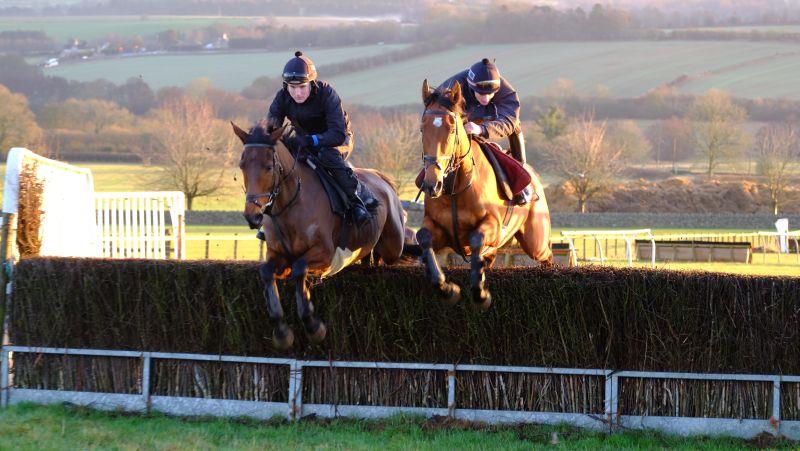 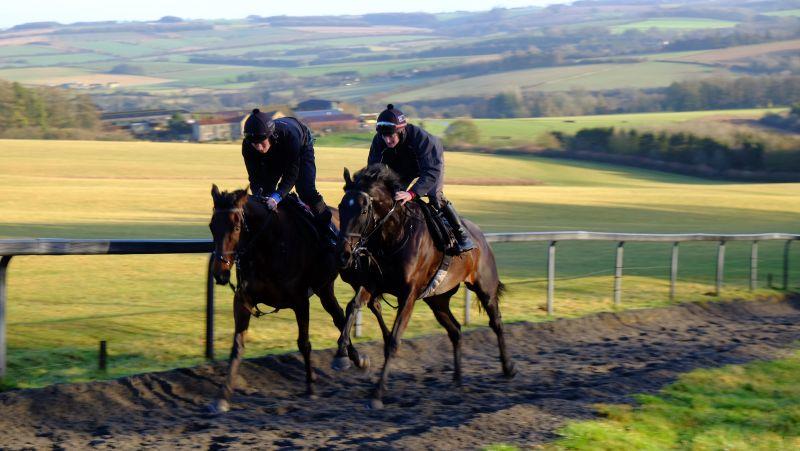 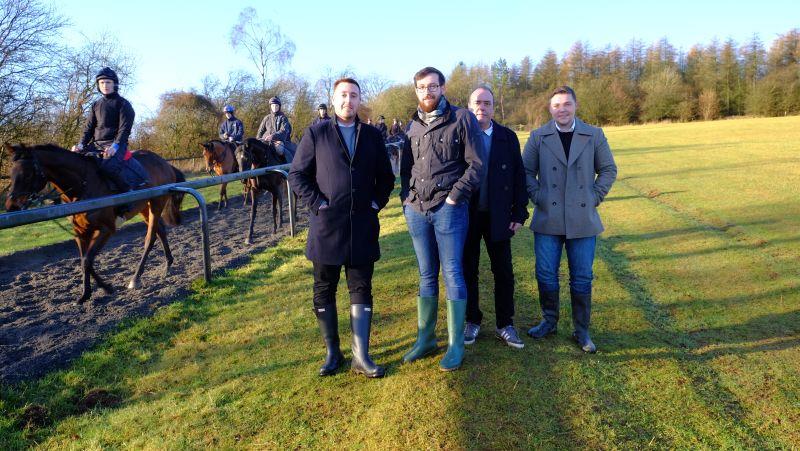 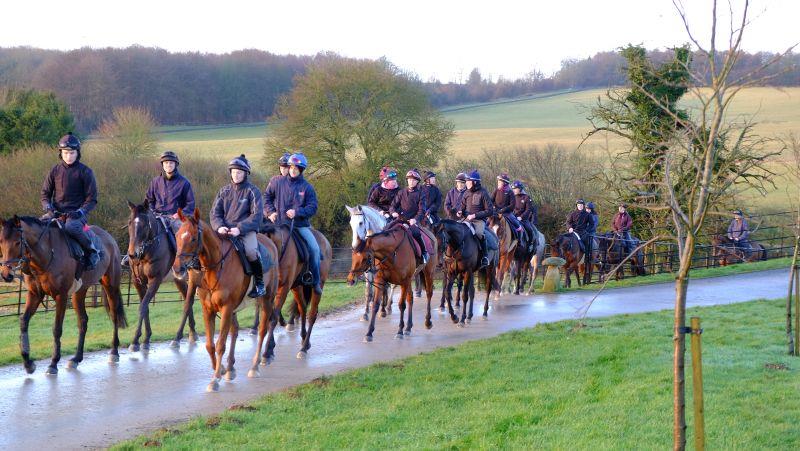 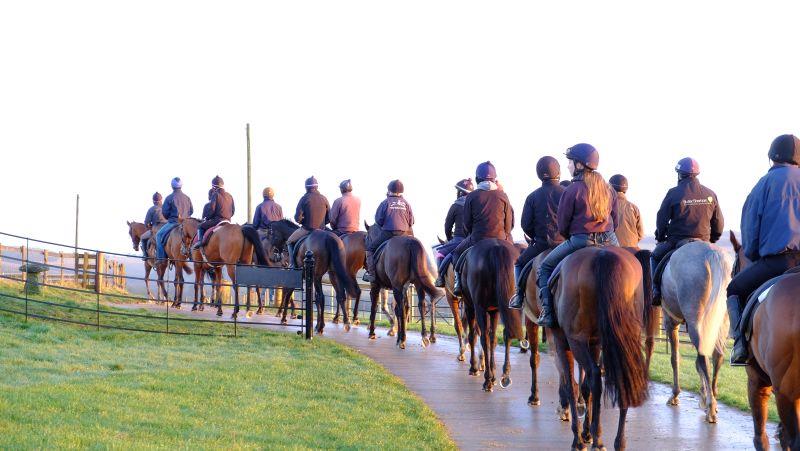 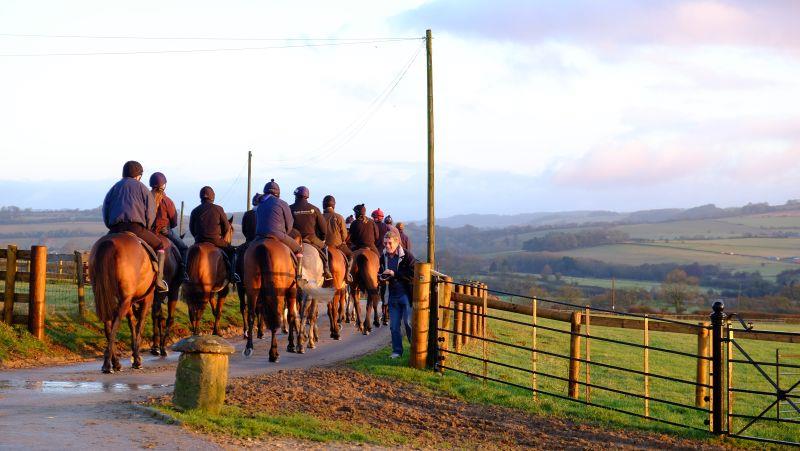 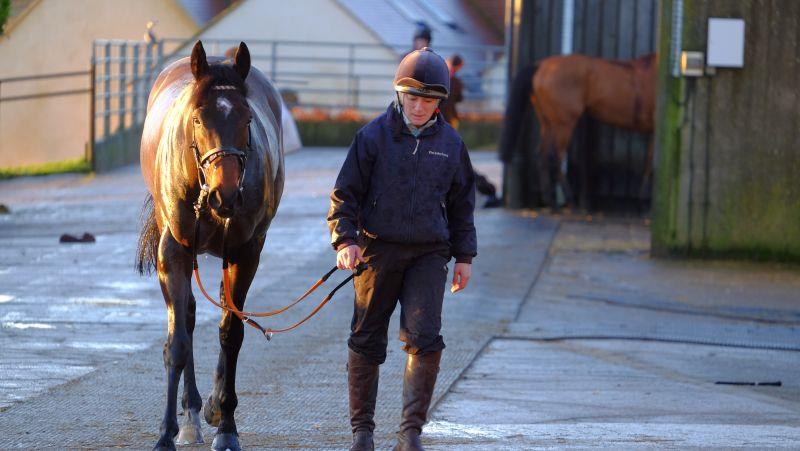 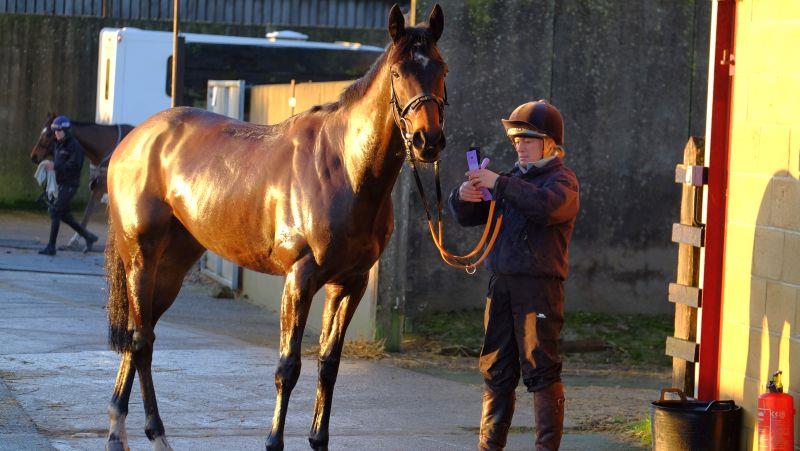 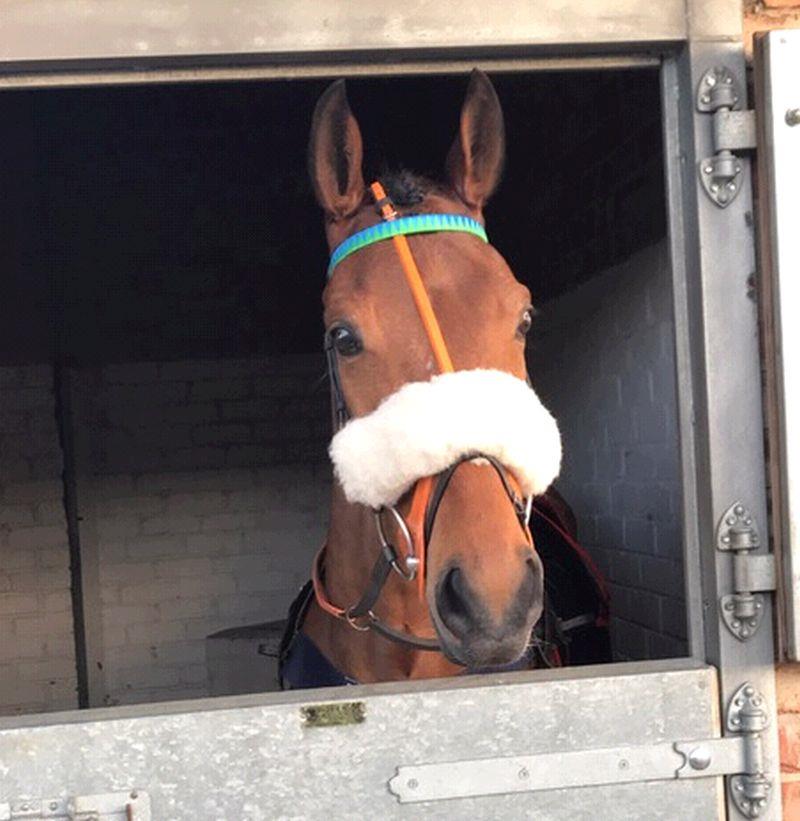 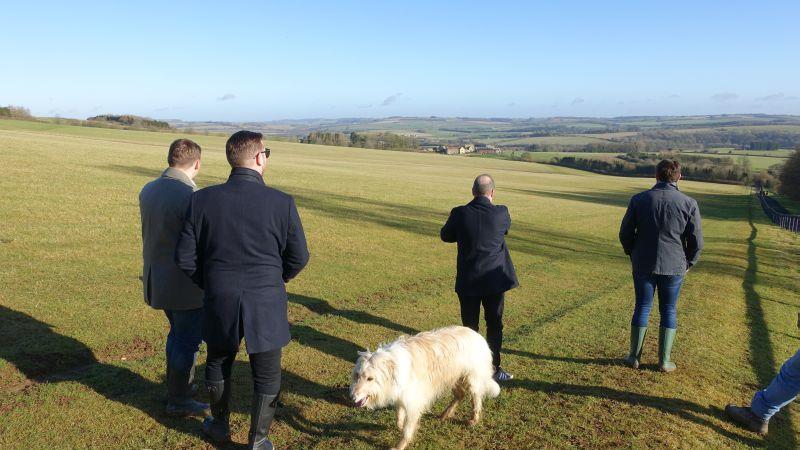 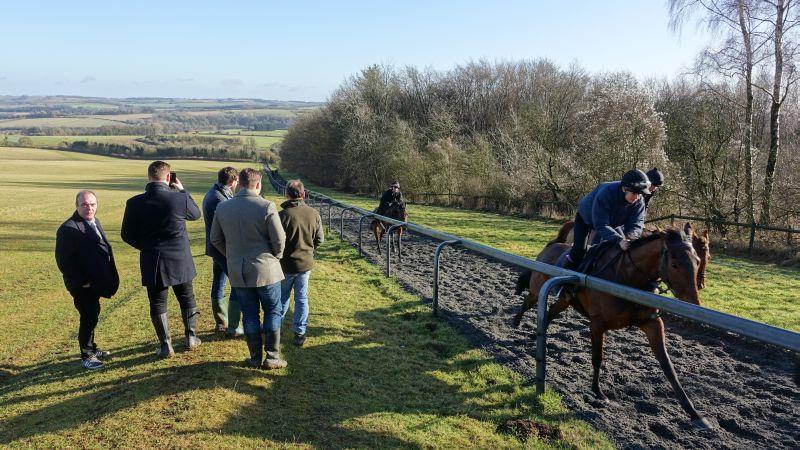 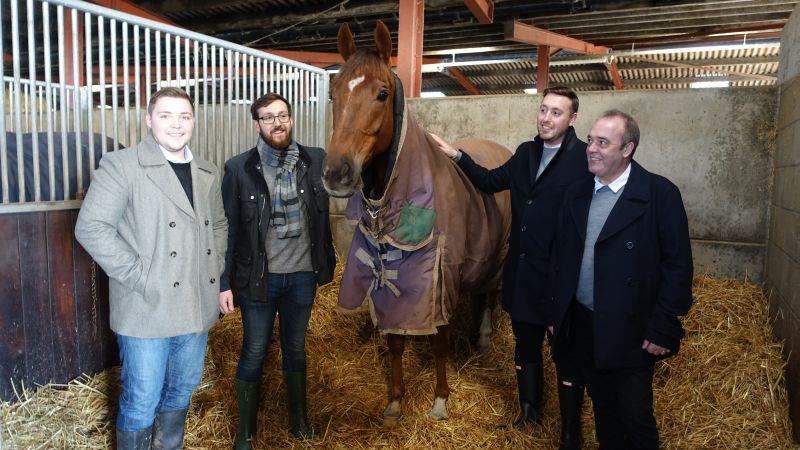 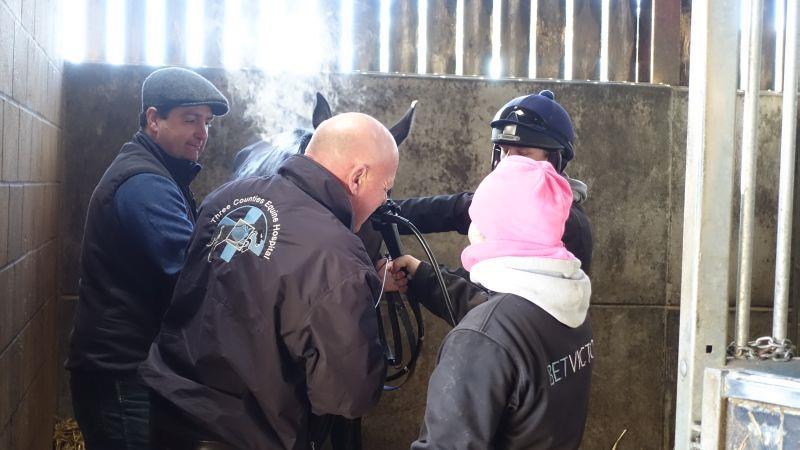