Plus 14 and raining when driving in.

David Bass struck with his first ride back when making all to win on Yeavering Belle at Ludlow yesterday.. It was stunningly tough performance from this tiny mare..

Of course I thought he was being bloody stupid as YB really prefers going right handed and at that time David had a broken wrist, but he was going to have nothing to do with my thoughts.. mind you doesn’t often listen to me anyway…

YB has a great team of KBRS owners The Belle Stars..and 4 were there yesterday to enjoy her win. Peter Jones, Colin Stewart and Elliot and Jan Shelley

An hour later or just over David was back in the winners enclosure on Does He Know..

DHK a former English point to point winner had shown good form last season on his two starts over hurdles and yesterday he showed a clean pair of heels to his opposition. A first win for his KBRS .. The Yes He Does Syndicate.. owners Vince and Gill Burmingham, Gillian Clough, Richard and Sara Fabian, Alan and Sally James, Mark and Melinda Laws, John and Pat Lee, Karen Masters, David and Shanta Shuttle, Rodney and Moira Stoneman, Harry and Sandie Taylor and Peter and Fiona Woodhall… The good news is that many were there yesterday to enjoy and last night they had plenty to celebrate.

Sadly Cresswell Legend did not enjoy his day and will now be retired.. He will have a great life away from racing.. It was good to see David and Virginia Johnson there even if their horse let them down.

We did not run the mare in the bumper.. Getaweapon went home early because of the fast ground..

Pleased to report that all three are fine this morning.

Nicholas and Cherry Jones had a very good day with their Coln Valey Stud yearling at the Tattersalls sales yesterday..Which probably made up for Inca Rose not running.. Having said that he would not have run on yesterdays fast ground..

Ludlow might have had a bad day when it came to the drying ground as there were loads of non runners but they did an excellent job looking after owners.. In fact I can safely say they were the best I have seen so far this season.. The Ludlow staff cared, tried and it was much appreciated..

Not quite so in the stable yard.. Stable staff have become used to free food on many racecourses and as a result many turned up with no cash.. Credit cards yes.. yesterday there was no card machine..

Thursday morning is our easy day.. We did work Rockys Treasure and Lots Of Luck..

I am heading to Exeter early to walk the course..

We run Fubar, Shinobi and El Presente and for my thoughts please click here.

Penny Perriss sent me this... 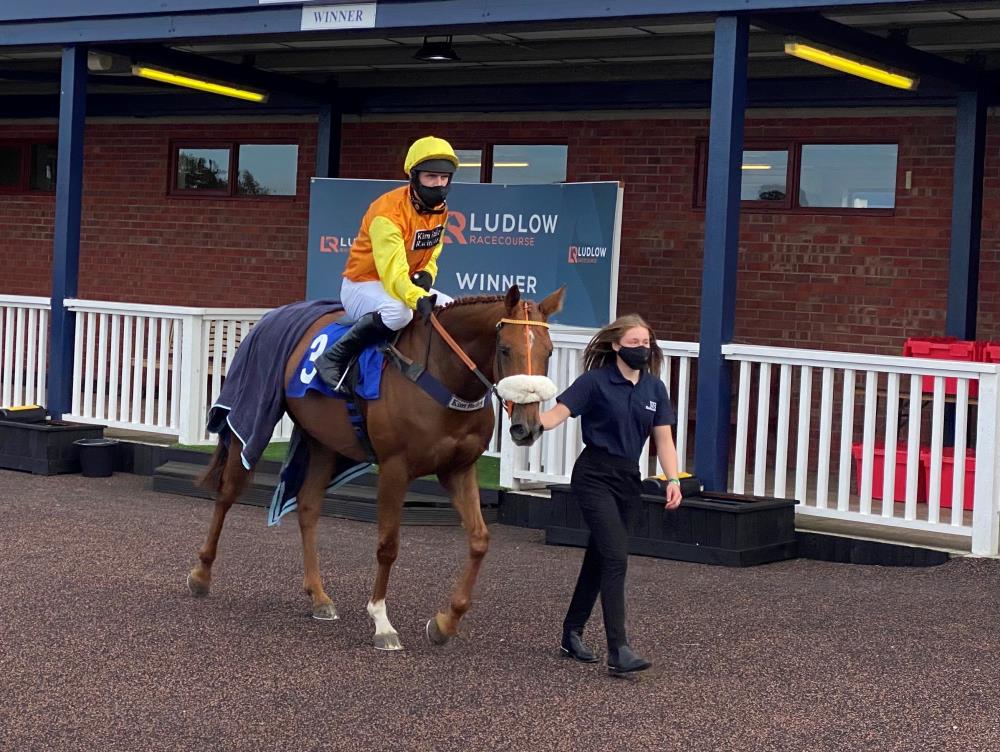 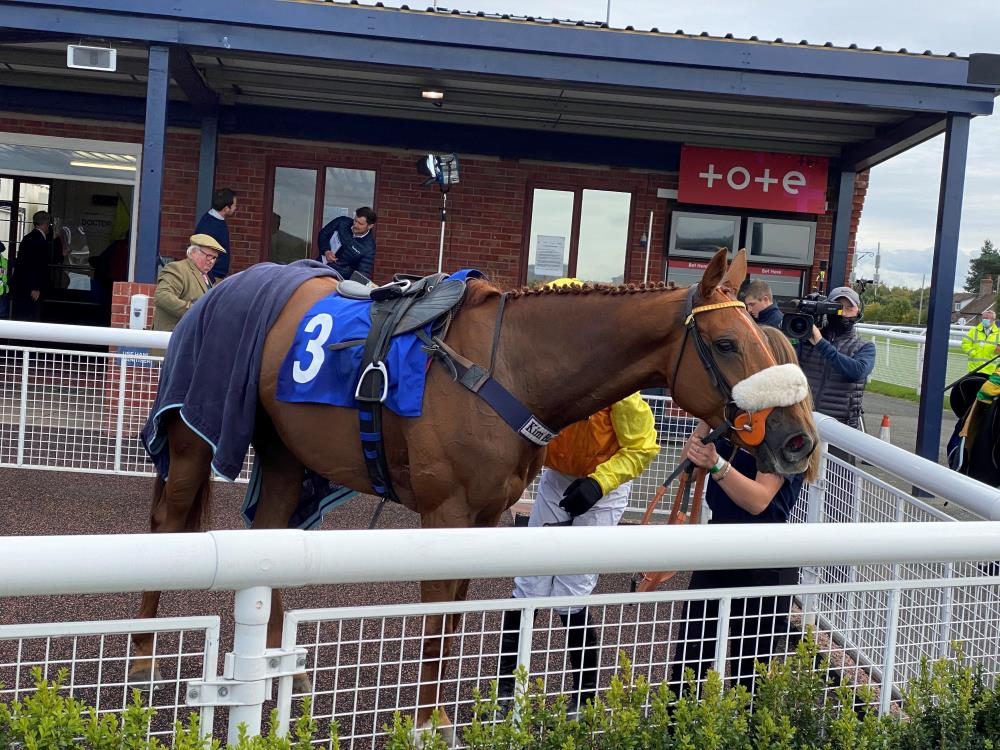 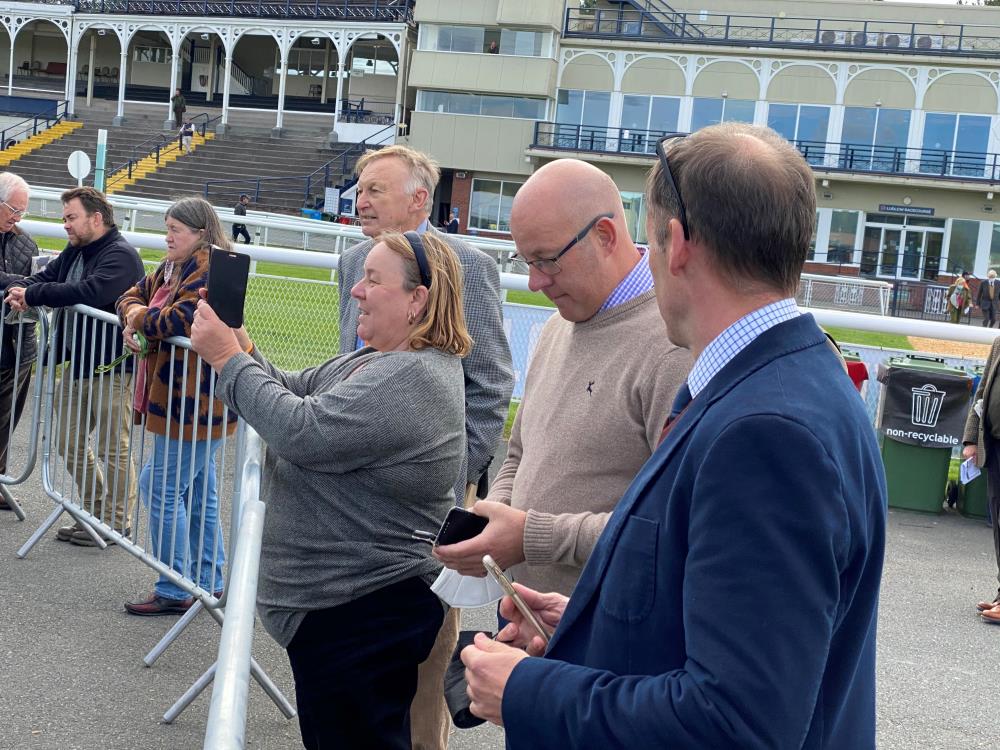 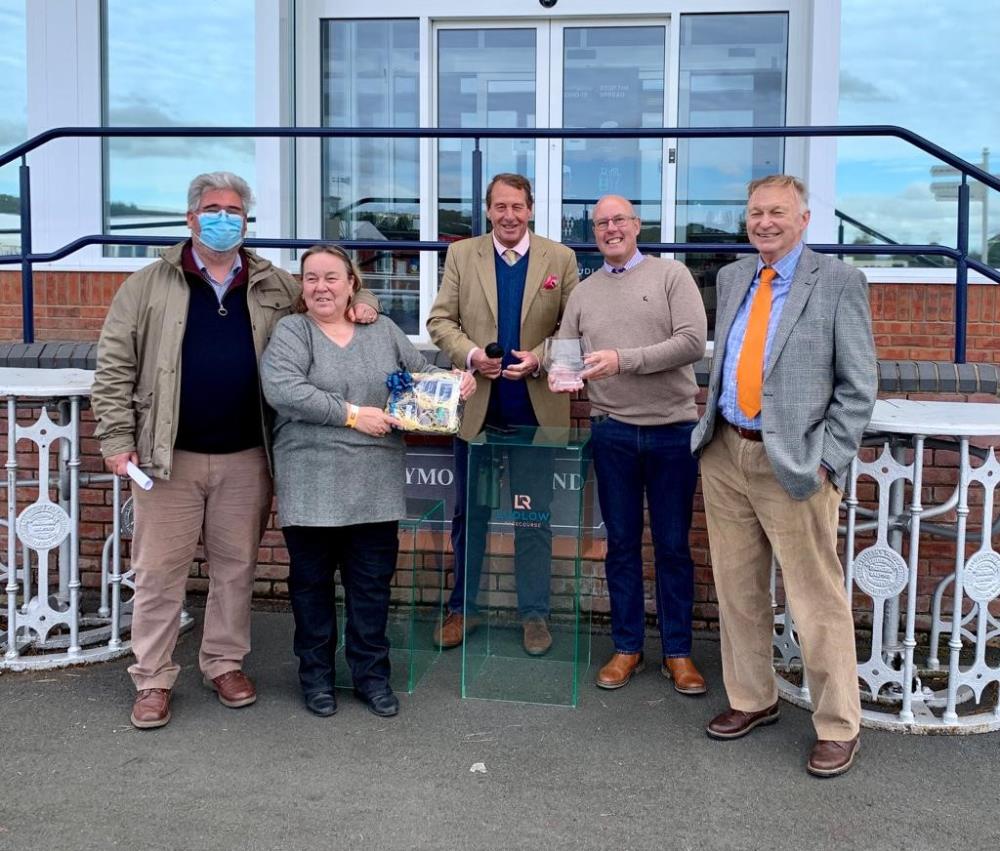 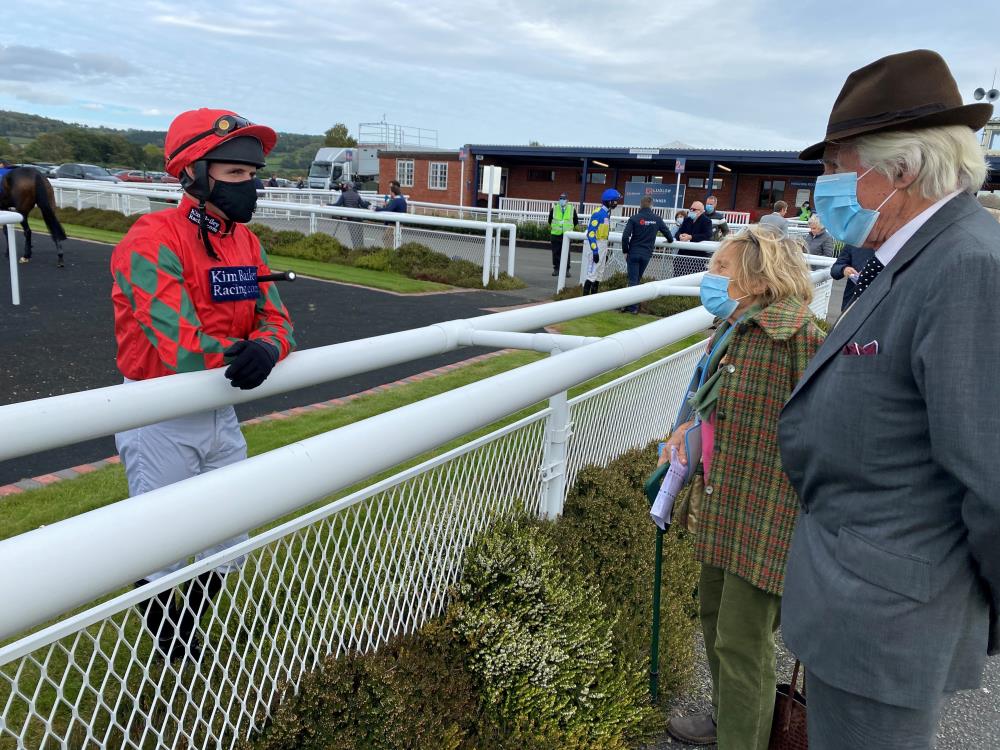 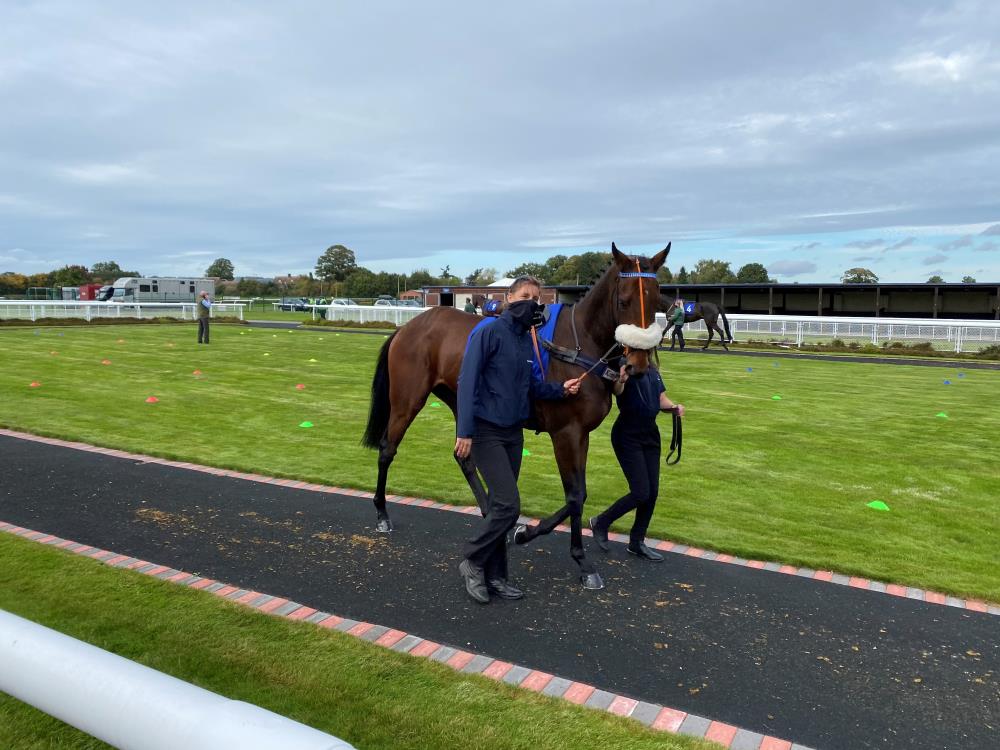 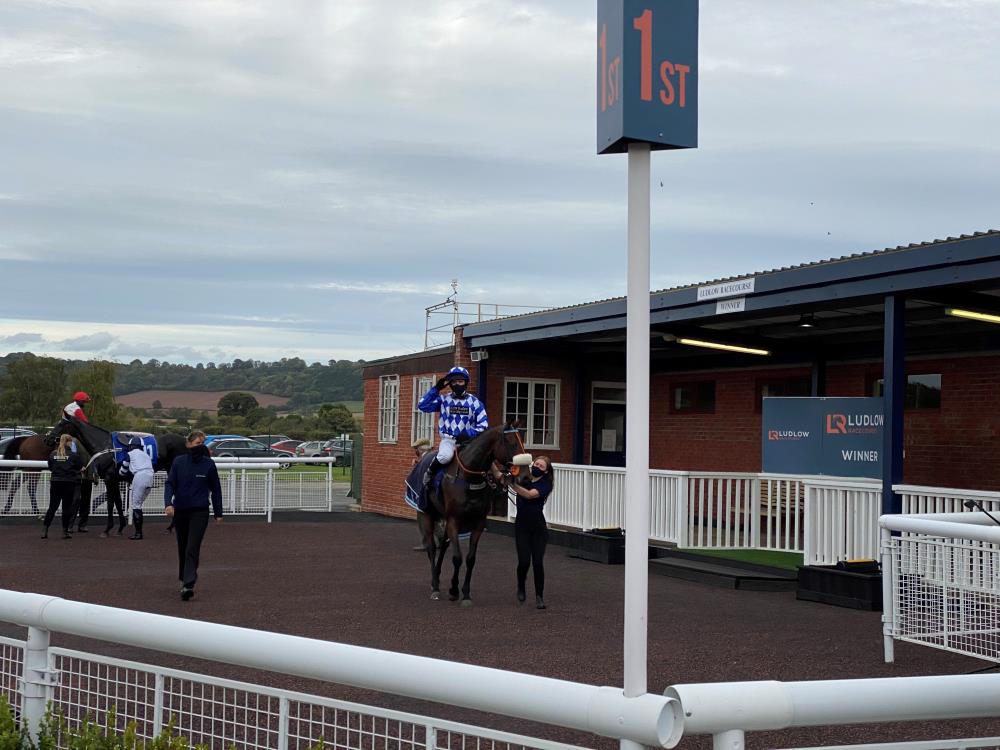 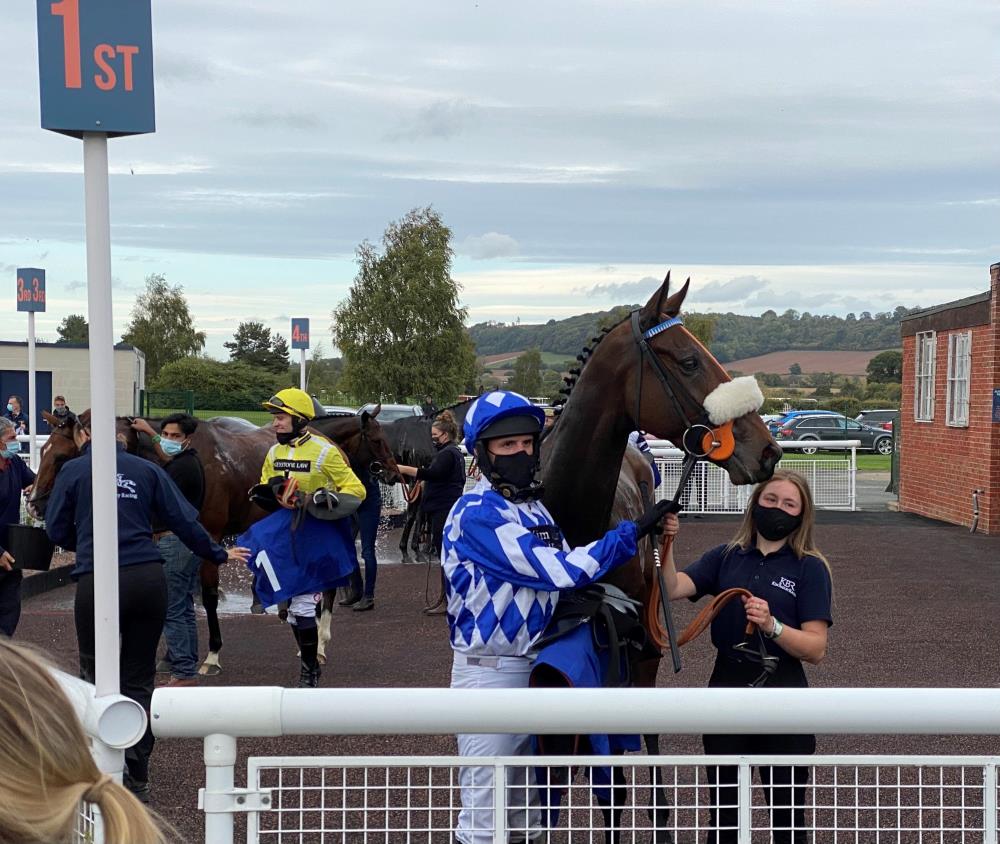 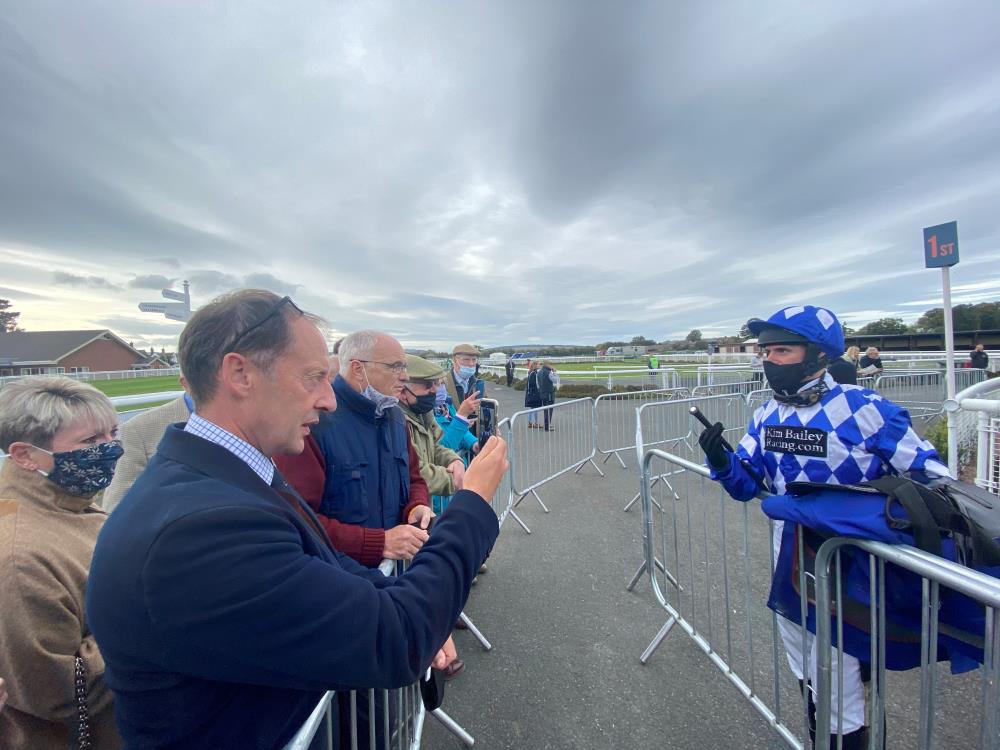 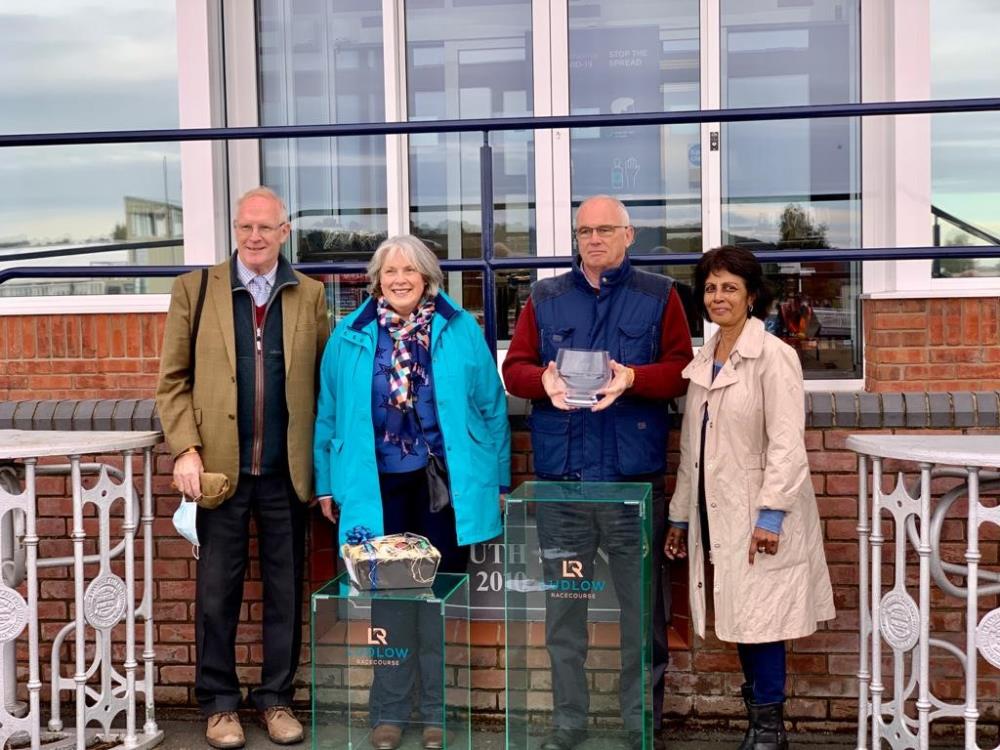 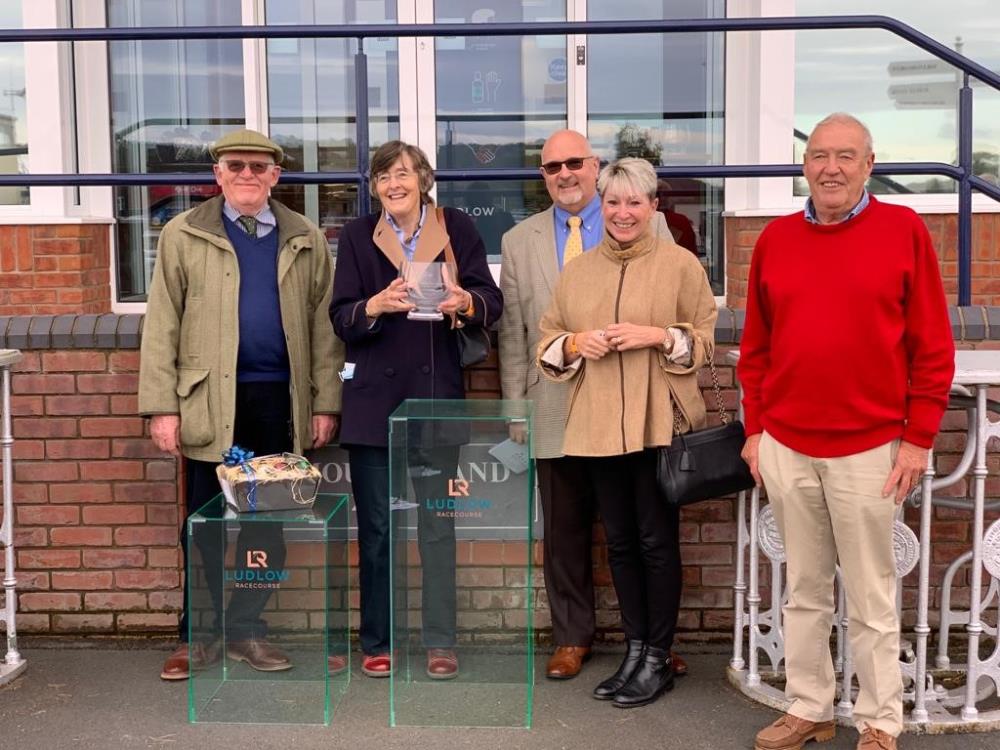