Well done Wandrin Star.. You saved the day for us yesterday at Sandown by winning the Veterans chase.

John and Penny Perriss were stuck on the M40 on the way to watch Penny’s horse run and for a while it looked like they would not make it..

John rang me to warm me, but thankfully they escaped in time to witness WS’s great win..

WS jumped for fun and in true Sandown style he did not look like the winner two from home, but a good jump at the last and the stiff hill sorted that out..

Brilliant for Penny who has not had the best of starts to her season as her promising Hurlerontheditch is out for the season with a minor fracture.

Half an hour later Salt Of The Earth narrowly failed to win the bumper.

This stunning horse jumped off in front and was caught close home.. similar to Ascot with Chianti Classico.. done on the line…. He is a proper horse and a text from his previous trainer Laura Morgan was much appreciated..

Anyway John Webber and Richard Sheppard (not at Sandown after a late night) have a lovely horse, with a huge future.

For those of you like me who missed seeing David Bass on Luck On Sunday, you can click here to watch..

A winner for Bass was deserved even if he did not wear a tie or poppy on LOS and let a 5lb claimer up his inner in the bumper.. shocking!!..

Wincanton was very busy for their Badger Beer day and rightly so.

Sadly El Presente was unable to win back to back Badger Beer chases but all the same he ran a good race and looked like being placed until he was badly hampered on the home bend .. as DB said.. ‘I was murdered!!’.. Not sure that is very politically correct..

Samatian learnt more while Tantoli was certainly disappointing.. Also what was disappointing was the good ground call on the hurdle track.. It was far faster.. second time in a row..

Monday morning and fresh horses and a day at home with no runners although we would normally at Kempton.

Today is Kempton’s Pertemps Qualifying day and this is usually the day when Younevercall makes his seasonal reappearance.

This much loved and fragile horse has sadly suffered another career stalling injury and as a result his owners have rightly called time on his career and he will now be rehomed and have a smashing life outside racing..

Younevercall has been an amazing horse to be involved with. 'John' as he affectionally know in the yard and by Will Hodkinson who looks after him won 7 of his 18 starts, and won the last two running’s of the Select hurdle at Sandown on their last day/season celebration ..

YNC's team of owners John and Mandy Battershall. Tim Craven, Mark and Marion Hudson, Allan and Jan Snow Colin Stewart Steve Winter, Nick and Shan Cook, Graham Lloyd and Steve O’Shaughnessy.. They and we have had so much fun with YNC..he has been a star..

I failed to mention England’s cricket game on Saturday.. Anyway they lost to South Africa but still qualify for the T20 World Cup semi finals.. sadly without Jason Roy.

Christopher Courage who has bought a 4 year old gelding by Blue Bresil out of a mare called Youngstar is struggling to find a suitable name.. Any suggestions from my staff?.

PS..Bottle of sparkling for the person who comes up with a name he likes..Email me..

One for David Bass..

One of David best jokes..

Why should you never be rude to a jump jockey? In case he takes offence. 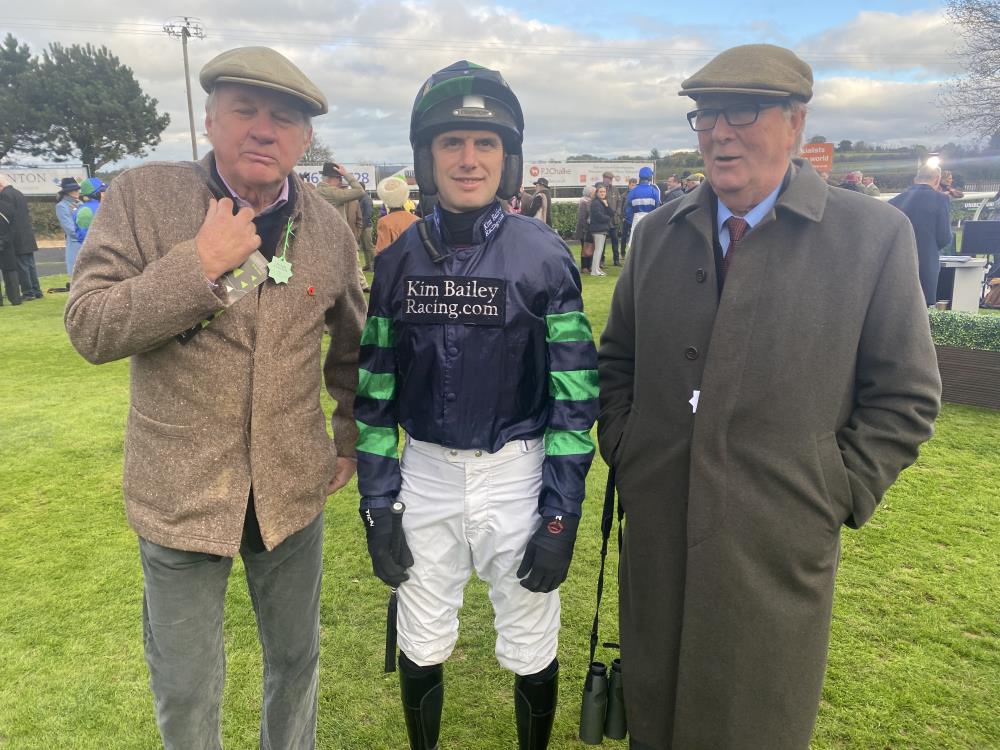 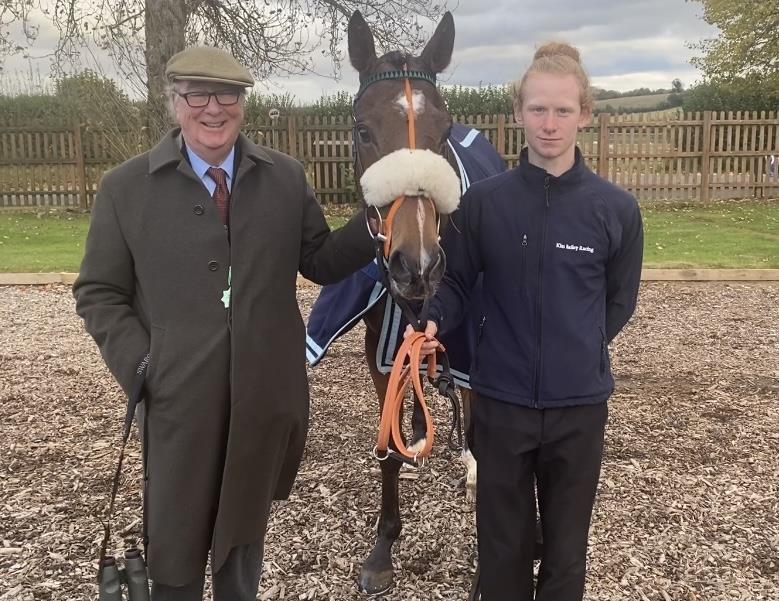 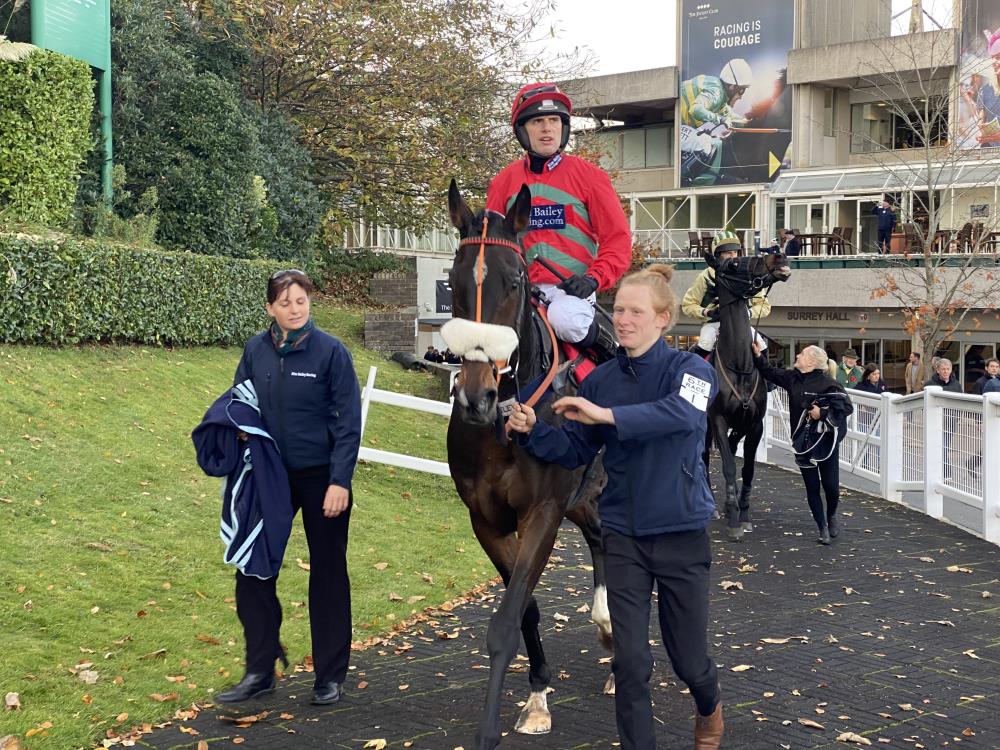 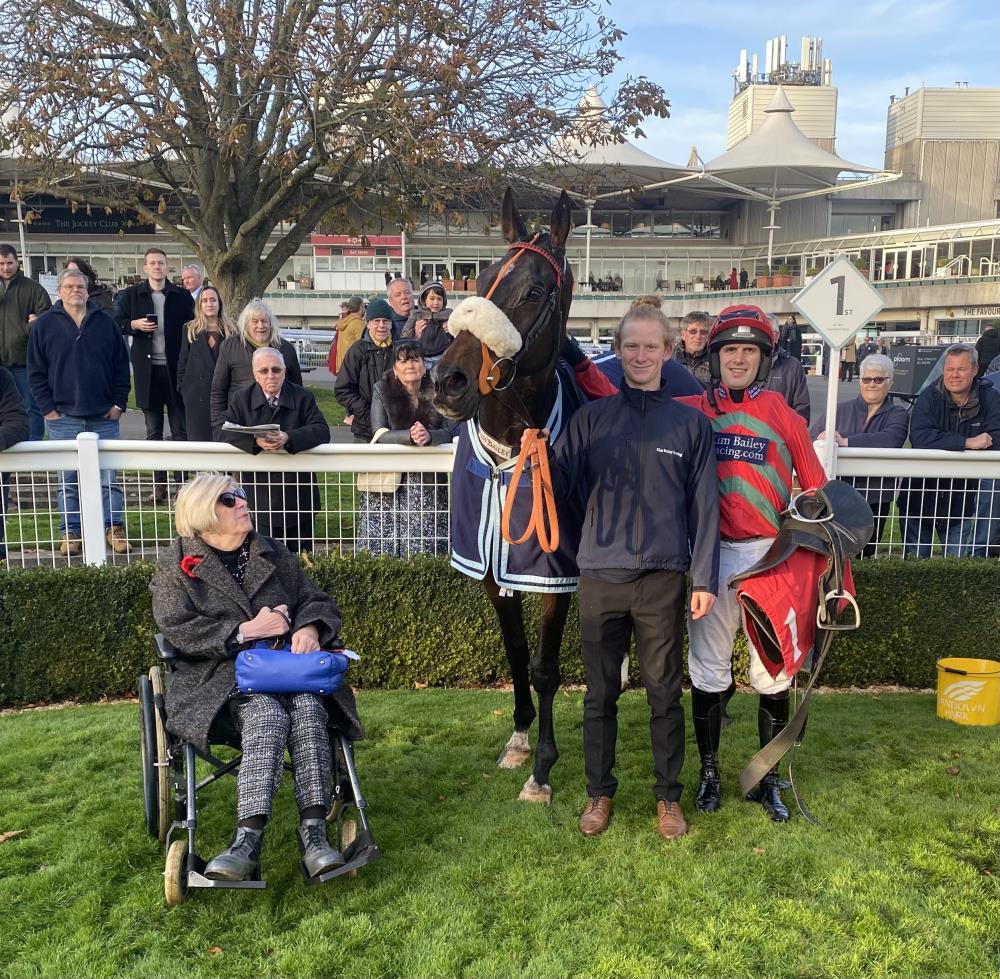 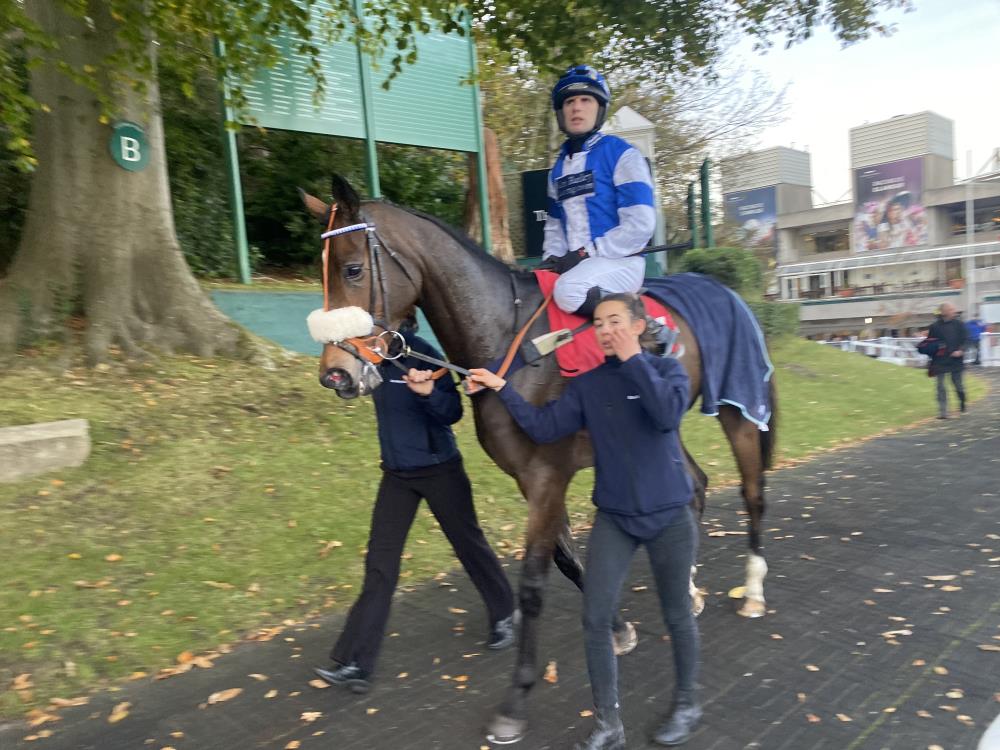 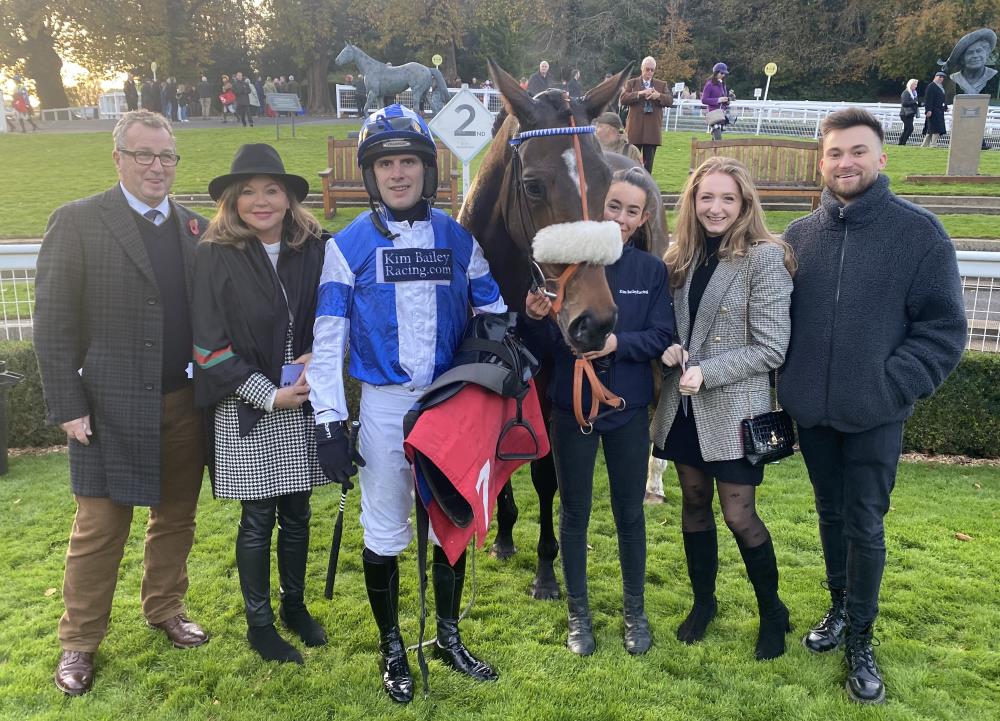 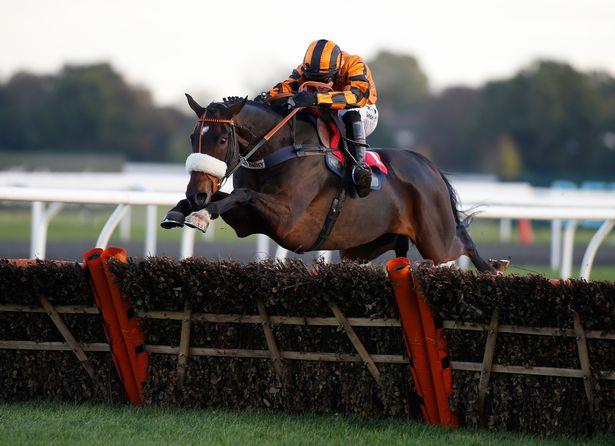 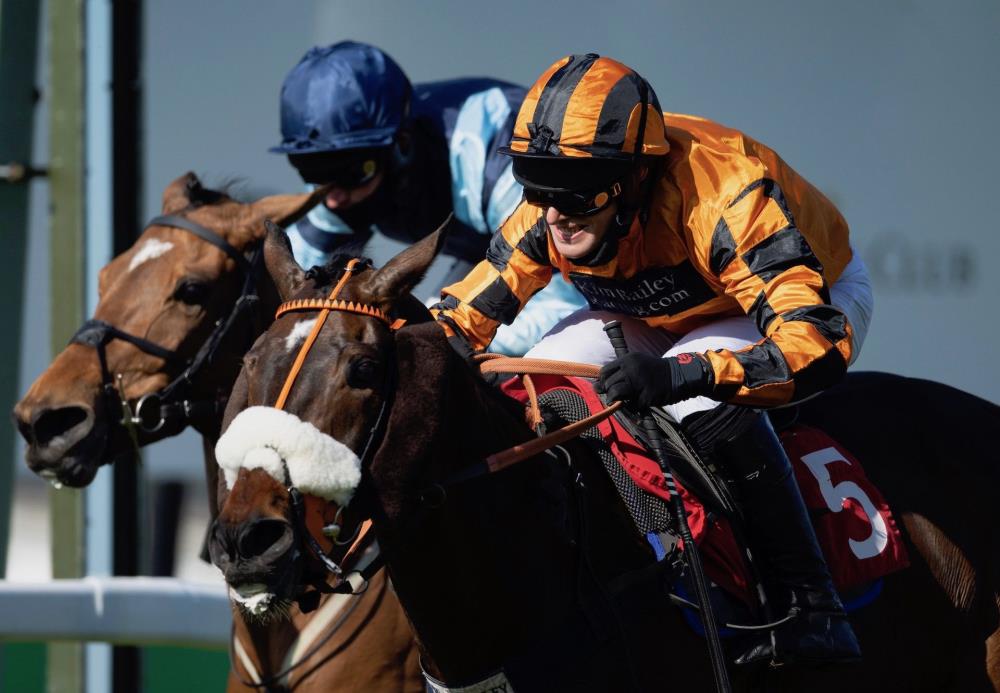 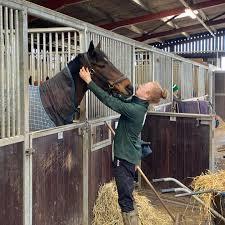