Dry it was certainly not at Fontwell yesterday.. Storm Barra certainly made sure we never going to leave the racecourse dry.. It was awful..

Mind you not if your name is John Perriss.. The sun certainly shone for you.

I hold my hand up and say John was very right in insisting that his mare Lady Of The Night should run in the mares novice hurdle at Fontwell yesterday as she won..

John was over at Thorndale last week to watch LOTN jump fences, and that I thought was the plan; mind you that was until a visit to the office and the programme book when John said he thought it would be a good idea to run in yesterdays race as it as a GBB race, and if LOTN were to win John would collect a 20k GBB bonus….

Well we all thought John mad.. LOTN was going chasing not hurdling.. John won the day and after watching LOTN work so badly on Saturday jockey David Bass, who rode her work, agreed with Mat and I..

Well we were all wrong and very pleased to be so.. LOTN won well and with an extra 20k heading to John’s bank balance he left Fontwell a very very happy man..

David has been proved wrong twice in the last few days..

Firstly with First Flow getting the trip at Huntingdon.. although secondly I have to admit I did agree with him on this occasion.. So pleased for John who adores LOTN and more so when you know that her mother Even Flo was fighting for her life last night..

John’s other horse Lots Of Luck struggled on the tight figure of eight chase course and finished 7th while Hamilton Dici ran well to finish 4th..

Not a bad day, but a very very wet one.. Very good to see Caroline Swire racing and she too was rewarded by winning the last..

To wake to the cricket.. Burns out first ball and a shattering day for England.. The Ashes really have not started well for England.. Imagine the mood down under!!

David Bass, Ciaran Gething and Harrison Beswick were in to ride out.

We worked a few and jumped Kyntara, Starvoski, Talk Of The Moon, Equus Dreamer, Balleticon, Time For Hollie and Does He Know.... Videos later here?

Paul Beckwith, Trevor Butler, Lynn Butler, Andy Glass and Andrew Glass were here for a morning on the gallops and breakfast as booked through the web site..

Christopher and Emily Hill were here to see their KBRS horses Parc DÁmour, Phantom Getaway and the recently retired Vinndication.

The Cotswold Film Co were here filming members of staff for a new in house video..

We have just the one runner today at Lingfield.. Mr Grey Sky heads there and for my thoughts on his chances please click here.

Poor Melinda Wilson, the long suffering wife of Jim (Little Owl), had a fall yesterday and broke he hip..Good news is that she had an operation and is doing fine in Gloucester General.... Speedy recovery Melinda as Jim is not good at being on his own..

Here is a very silly one..

Father Christmas sent his Fairy into the woods to collect exactly one hundred Christmas trees.

Unfortunately she could not count and brought back one hundred and one.

Father Christmas was very annoyed and told her what to do with the hundred and first tree.

So that is why we have Fairy on the top of our Christmas tree ! 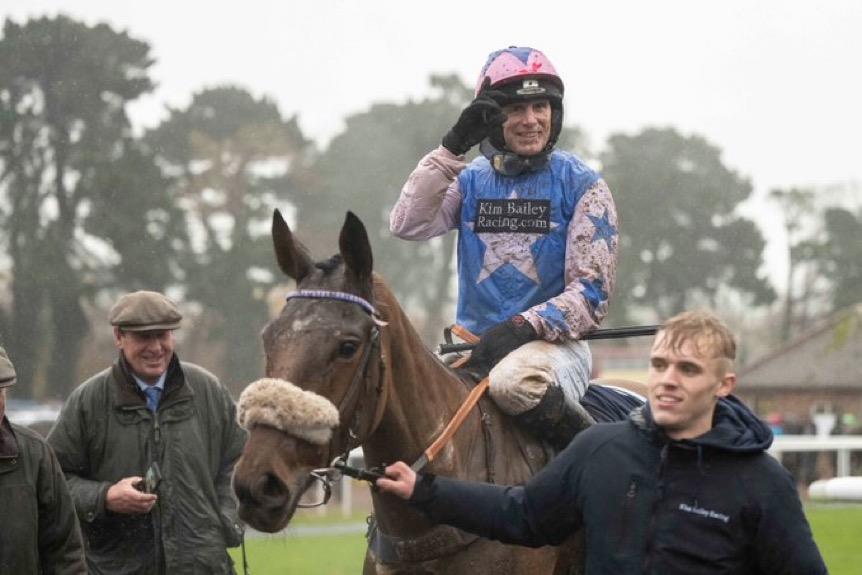 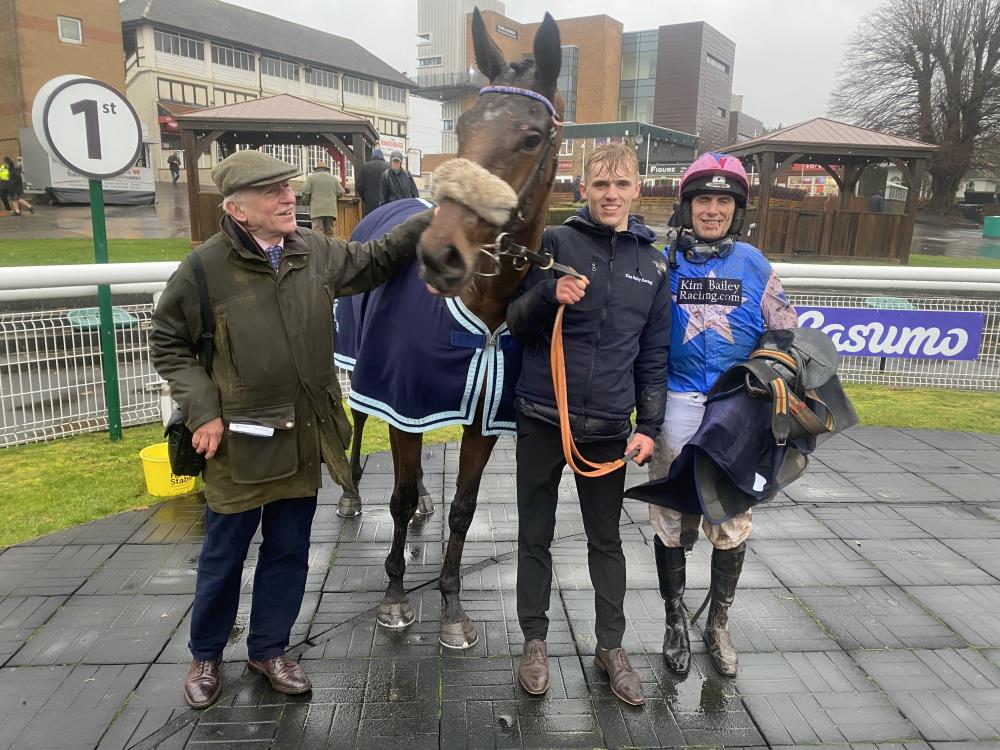 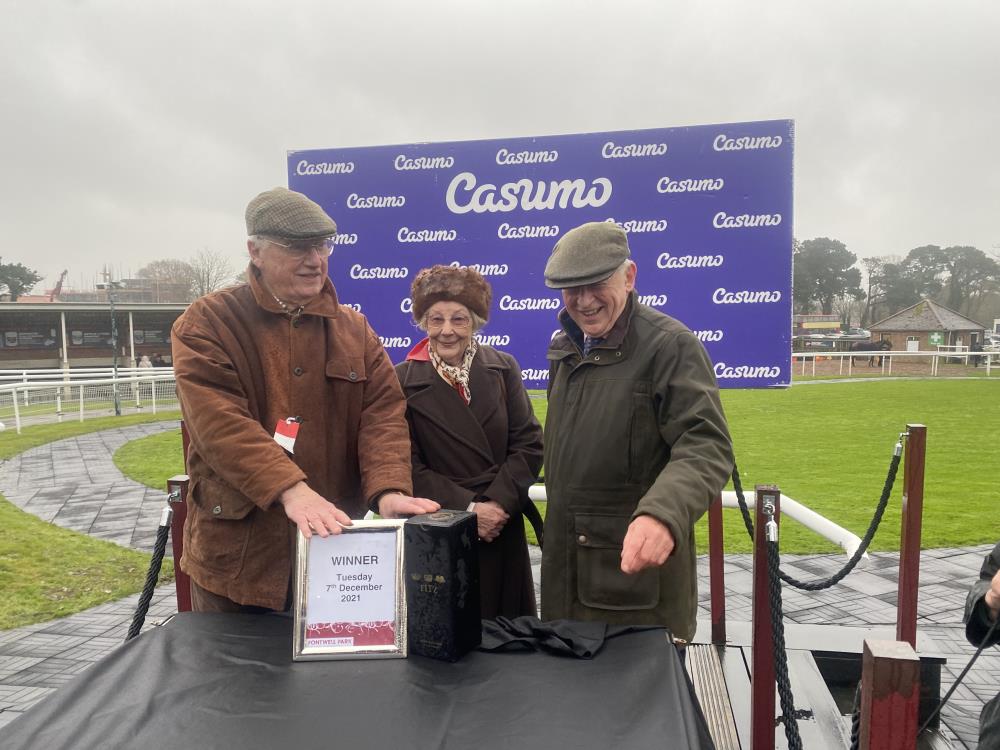 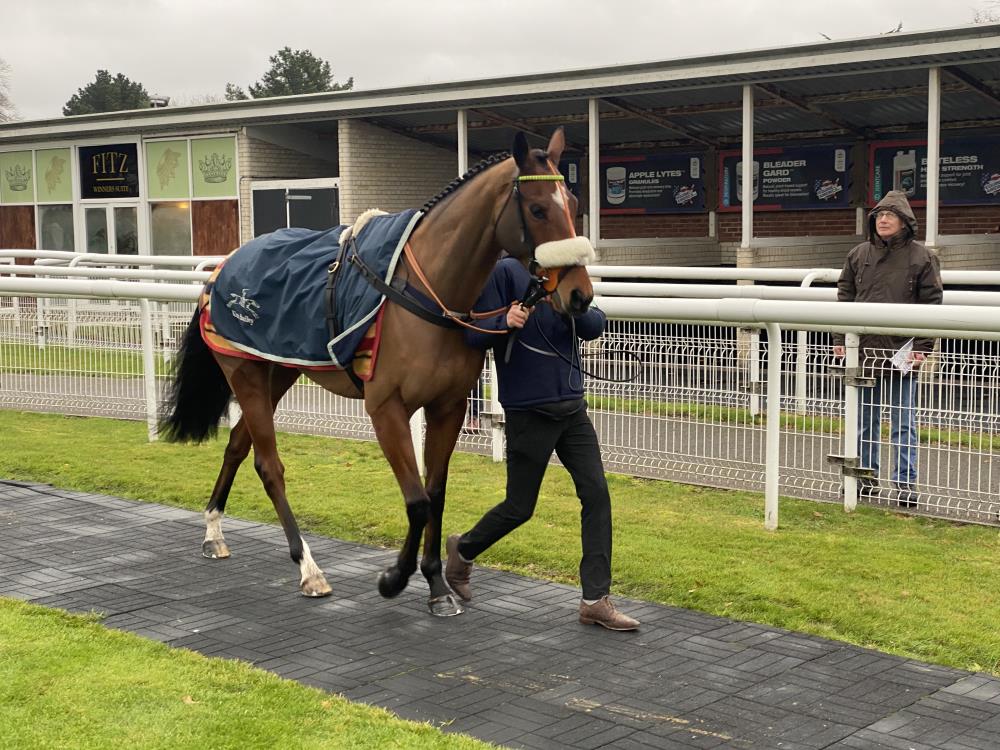 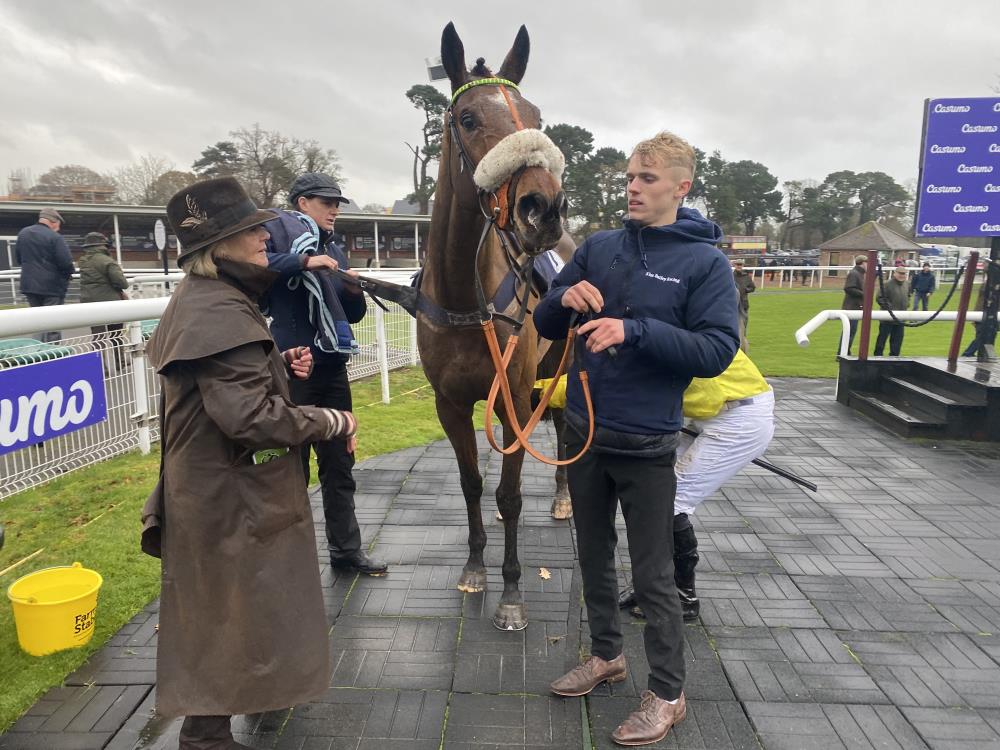 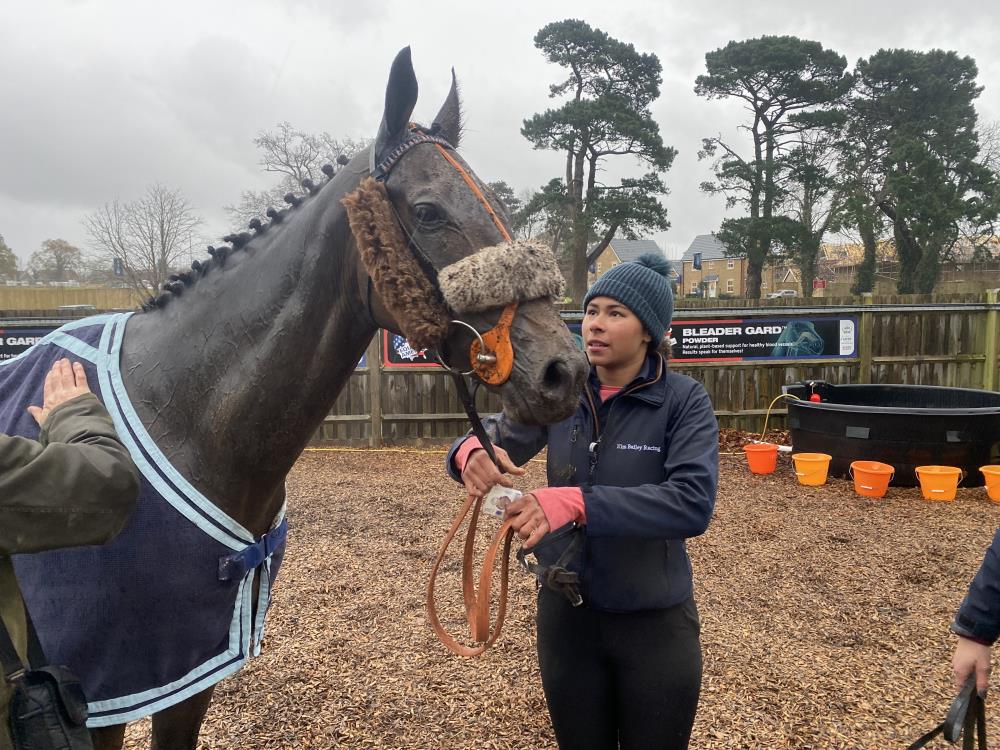 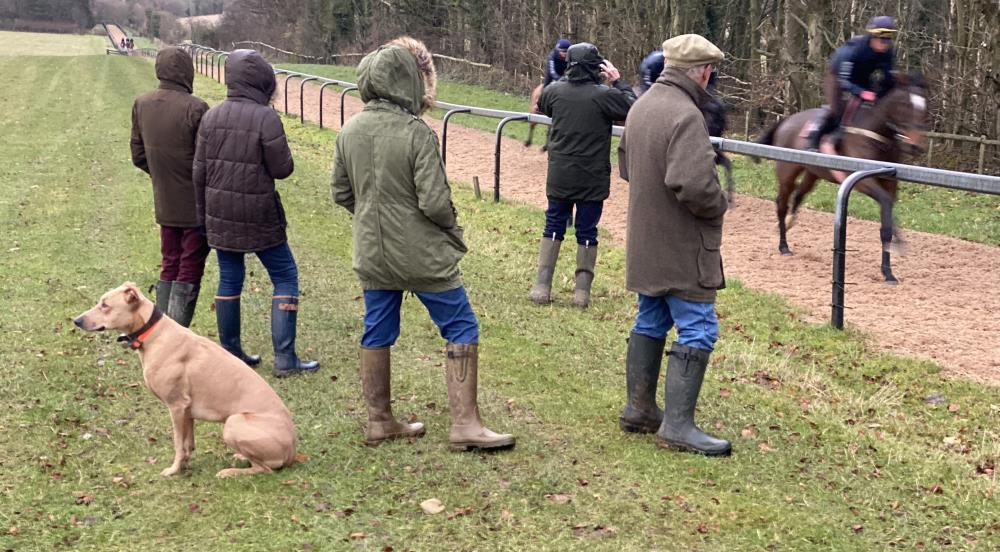 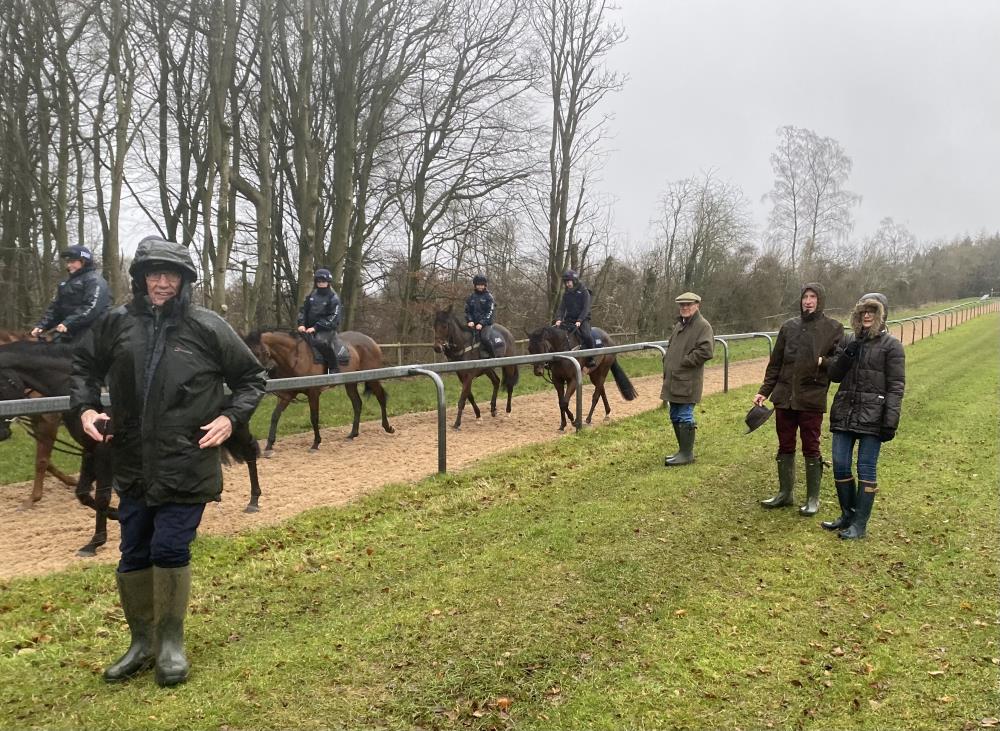 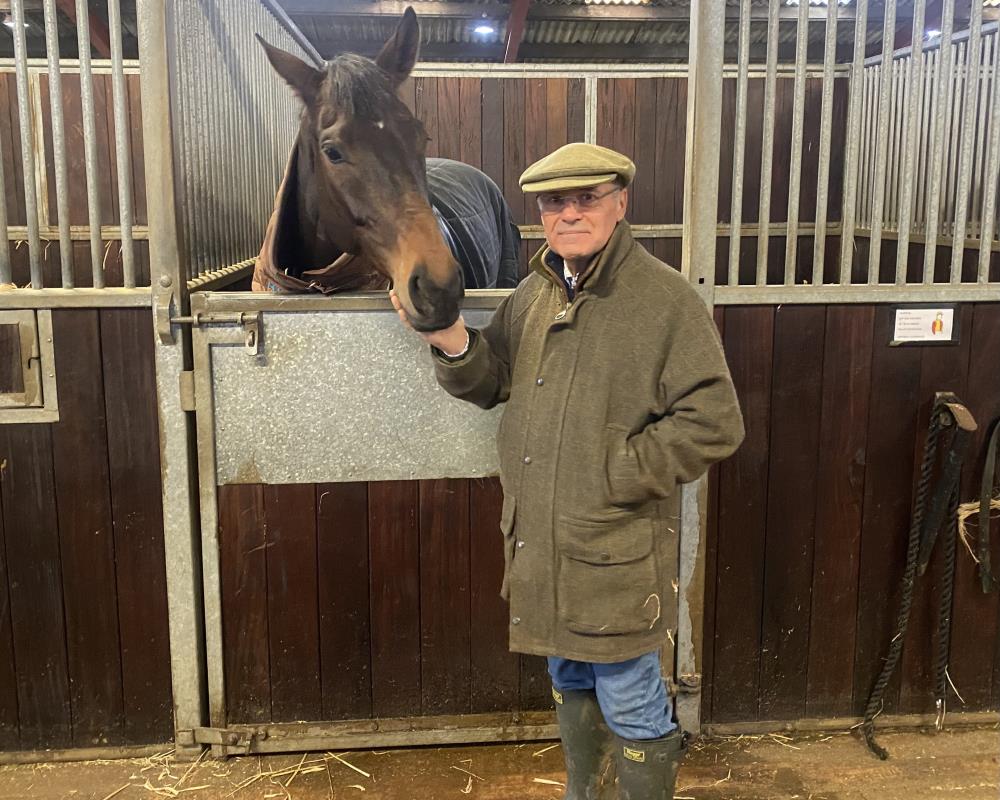