Plus 4 and very foggy when driving in.

We are offff...Our first winner of the 2019/2020 season last night with Mergeela at Wincanton.

Yesterday at Huntingdon Doctor Haze finished 6th having looked a big player turning for home; his year off caught him out. At Wincanton last night Fubar found the ground too fast for him and would not let himself down on it and finished 3rd.. Fubar is fine this morning as are the other runners..

Then Mergeela came good in the bumper under an inspired ride from Mikey Hamill.

Mikey, who left here 2 weeks ago to base himself in Ireland has had more rides over here since he left..!!

I have to say I was not expecting Mergeela to be our first winner of the new season but it was certainly a welcome one. The Have Fun Racing Partnership, like all my partnerships is run by Peter Kerr.

Peter was on hand to help celebrate our first winner along with Louis Gill, who was the only team member to make the journey.. It was Louis's first every winner, as it was for several of the partnership..

You never forget your first winner and these two messages sum up why I do what I do..

Philip Sale tweeted ''I have waited my entire life for this moment.. My first winner under rules! Kim Bailey and his entire team are geniuses. What A Day.. Amazing Stuff..''

Louis Gill sent this one across." I'd just like to say a huge thank you. It was 4 years ago that I  came to your yard and we made Racing Stories. I was a young racing enthusiast and film maker, I said to the lads then that one day I would have a horse in your yard.. Not only has that happened, but a winner is a dream come true....

Friday morning. Tom Bellamy was in for one lot.

The Notnowcato gelding left early this morning to go back to his owner Martin Kiely for his summer holidays. Diamond Gait, Station Master and Getaweapon went off for theirs.

Harry and Sandie Taylor were here for a charity Morning on the gallops and Breakfast.. plus Vince Burmingham whose Hendra House charity day it was..Vince has shares in the KBRP horses Commodore Barry, Silver Kayf, Arthurs Sixpence and Subway Surf

Sylvia and Douglas Wilks were here to see their KBRP horse Silver Kayf.

Paul and Elizabeth Kellar were here to see their horse Mon Palois.

I am hoping to go fishing on the Wye later.

Jane and Arlene are outside their nursing home (not Hendra House!), having a drink and a smoke, when it starts to rain.

Jane pulls out a condom, cuts off the end, puts it over her cigarette, and continues smoking.

The next day, Arlene hobbles herself into the local pharmacy and announces to the pharmacist that she wants a box of condoms.

The pharmacist, obviously embarrassed, looks at her kind of strangely (she is, after all, over 80 years of age), but very delicately asks what size, texture, brand of condom she prefers. 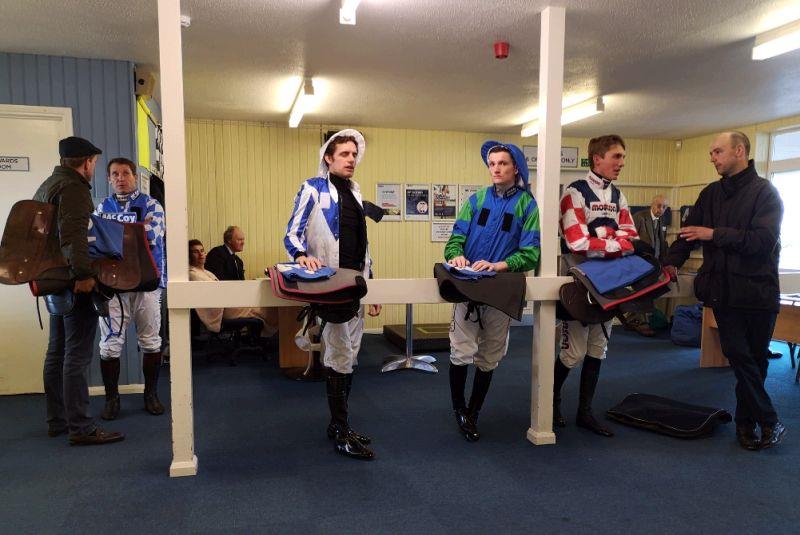 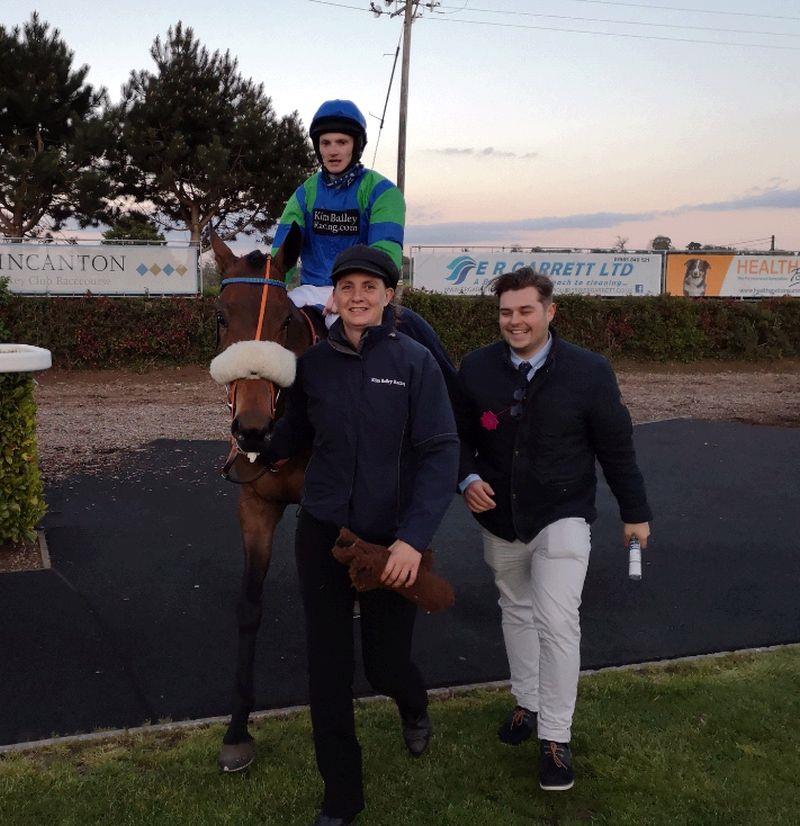 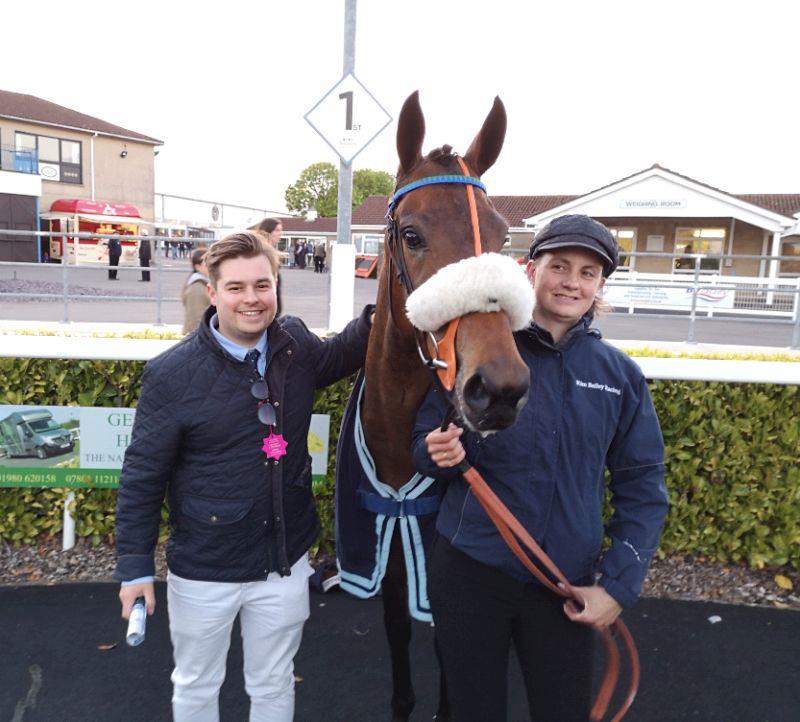 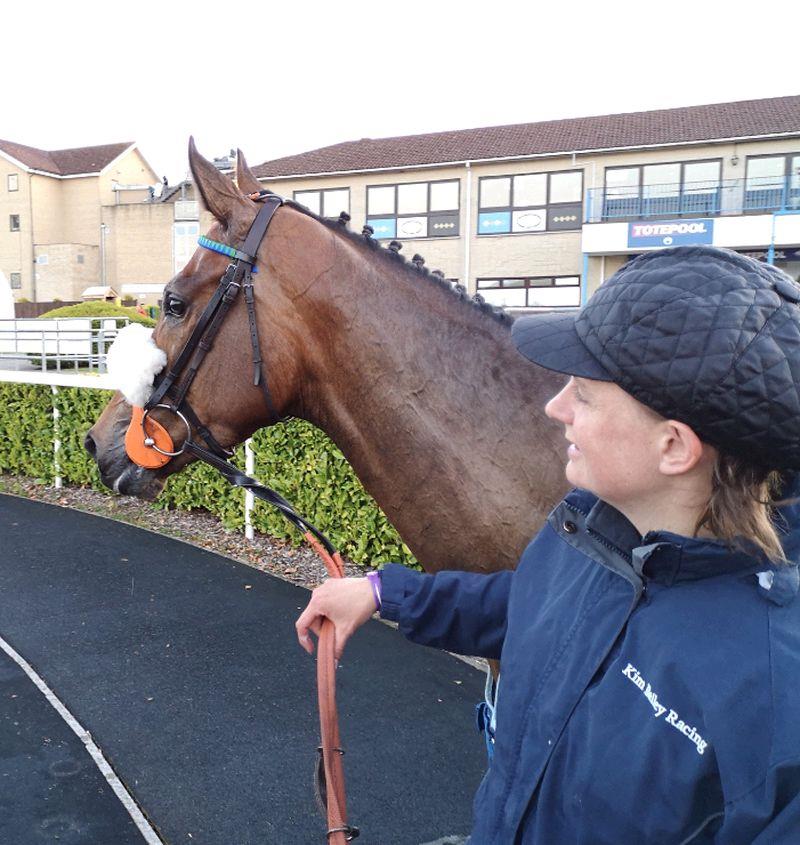 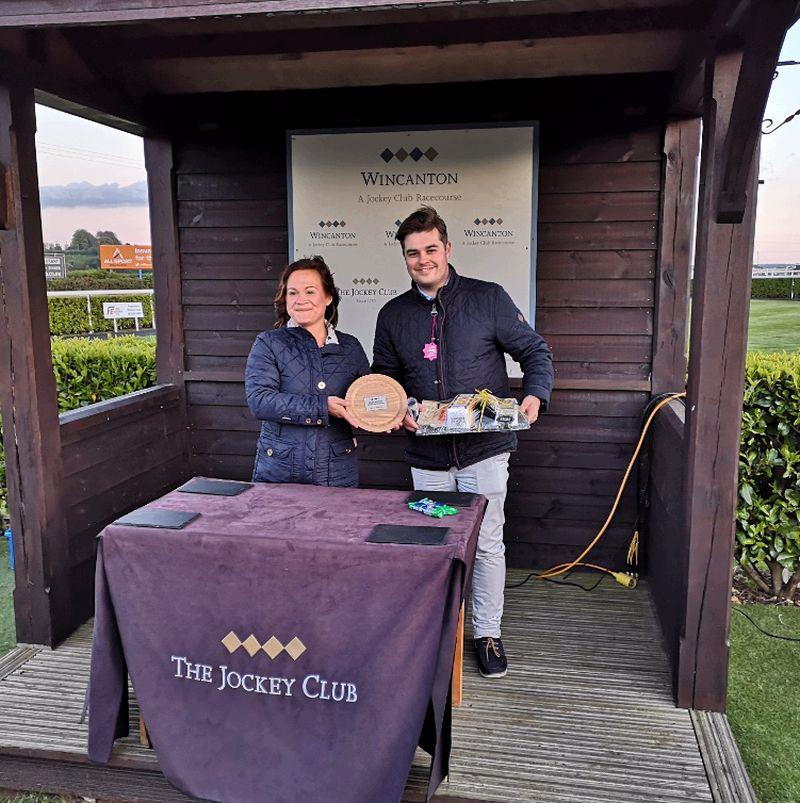 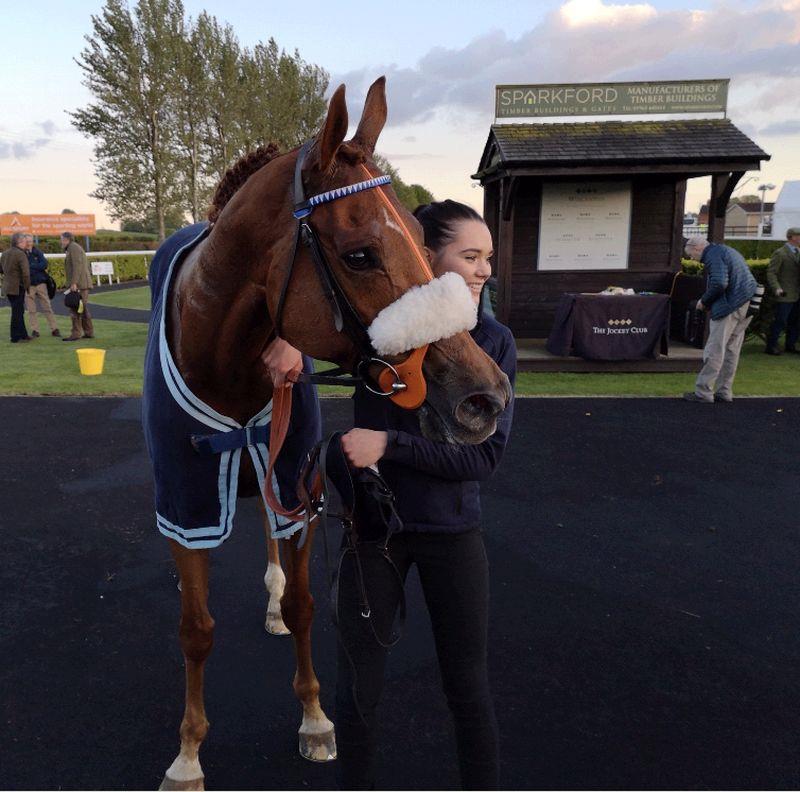 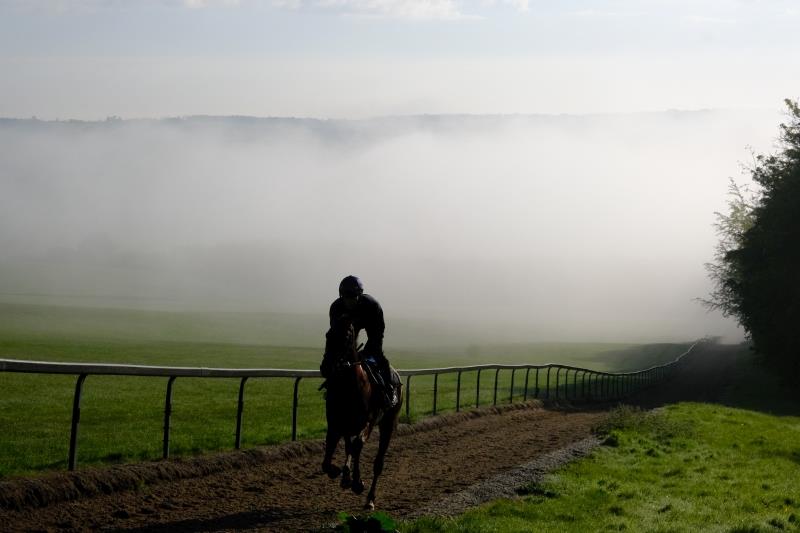 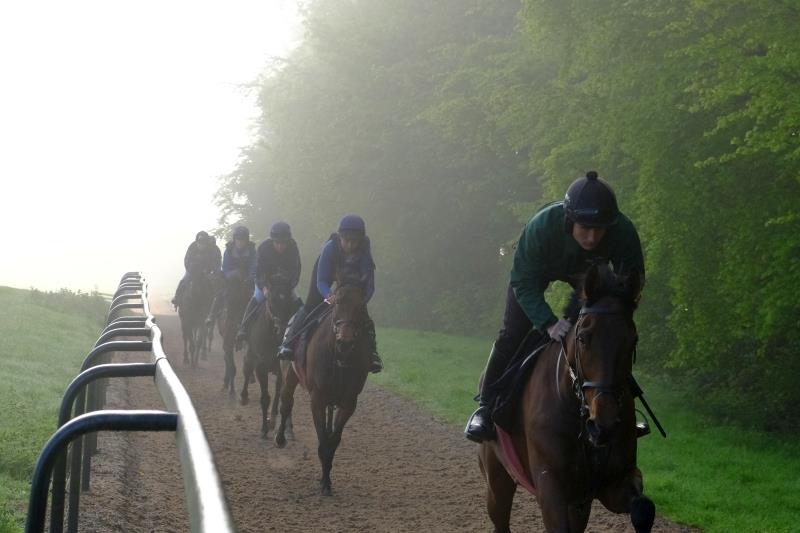 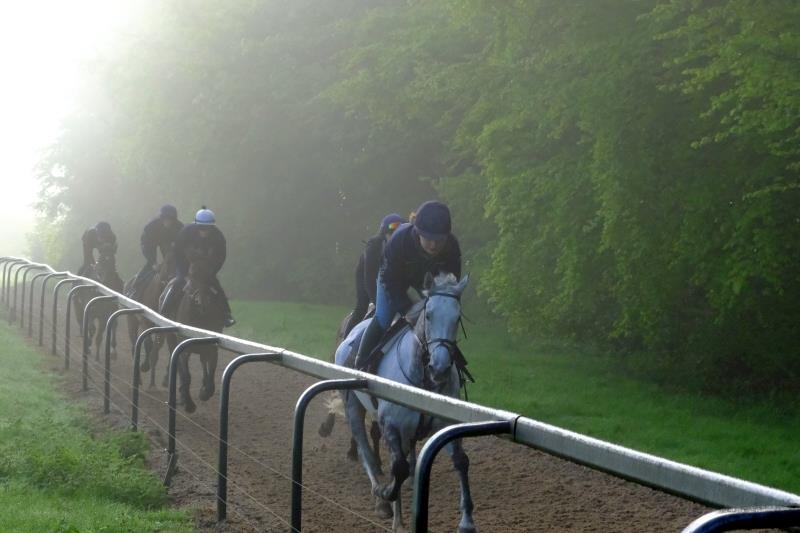 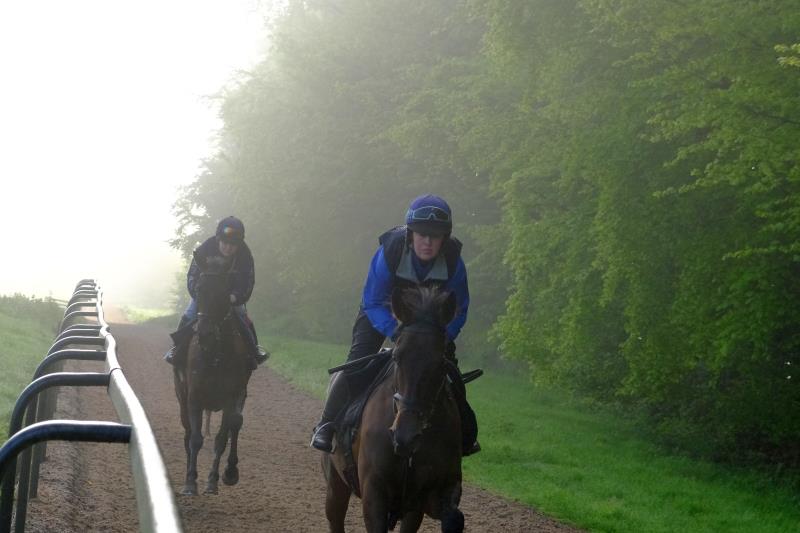 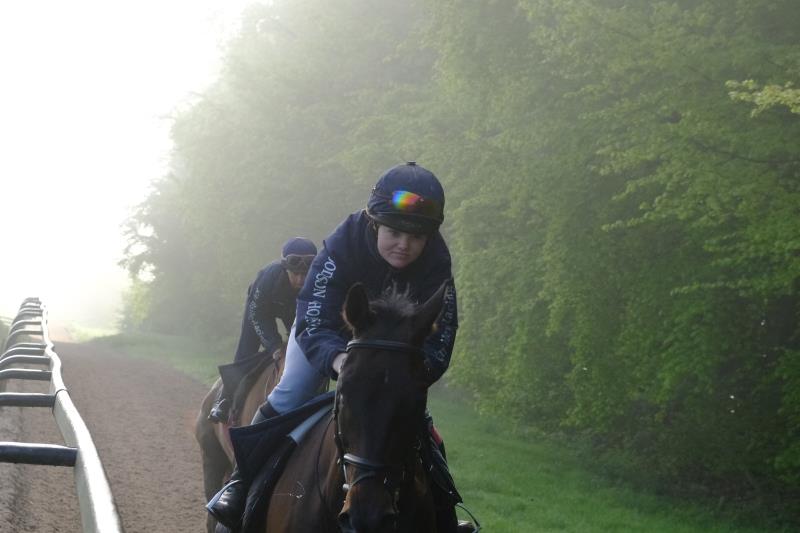 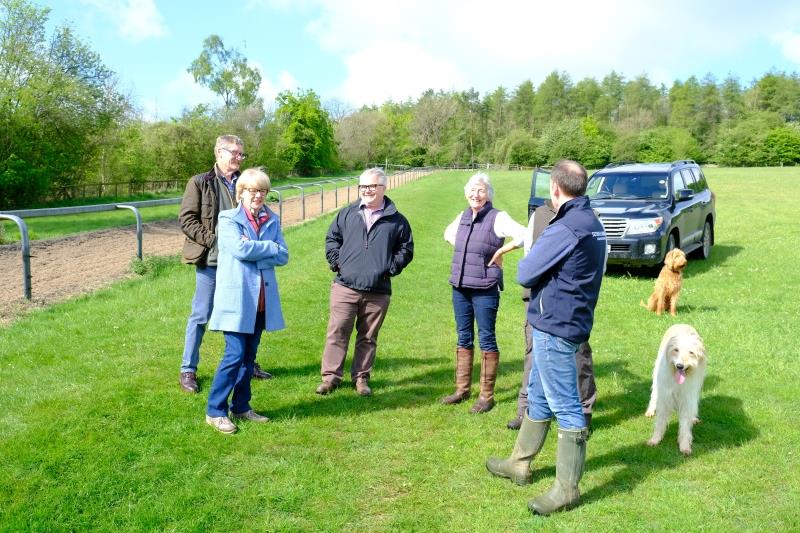 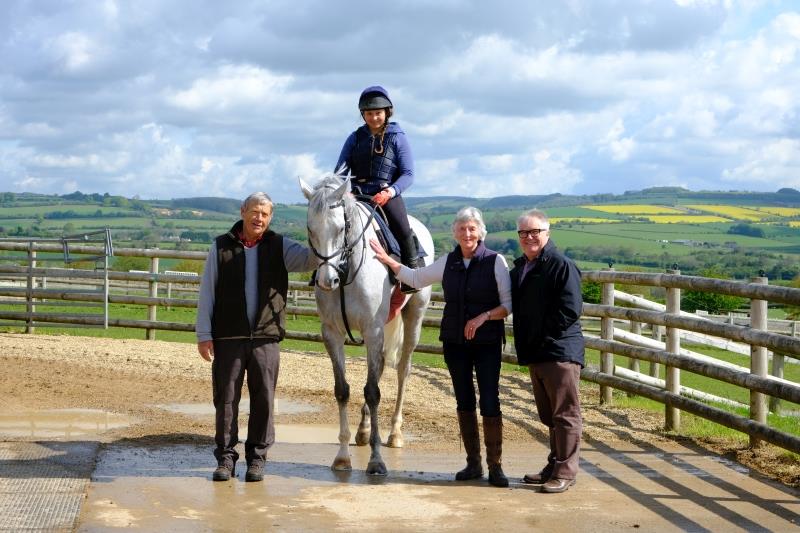