Plus 10 and dry when driving in. Too warm for the time of year.. no wonder so many have colds..

Shock news to say the least...Kempton being sold off and therefore no more racing at Kempton from 2021.

This weeks racing headlines have read. ITV racing figures down…Kempton to be bulldozed..

Polarised views and most have been damning. The shock waves have bounced around the country.

Two of my owners emailed in horror..

''Bloody disgraceful and to think that people thought that Arena/ARC were a bunch of money grabbing property developers.

Believing that Sandown is somehow interchangeable with Kempton makes me wonder if Jockey Club Estates have ever watched any jumping. Kempton is right handed and there the similarity ends. It is a fast track that suits a speed horse that tends to produce good ground all winter [except in exceptional years] because it is on free draining gravels.

There are less right handed tracks than left so any loss of one is regrettable. Sandown is far more akin to a Cheltenham type of track with its stiff uphill finish, fences that find out any jumping weaknesses and because it's on clay quite often produces heavy ground.

Once they increase the number of fixtures to take some of Kempton's races the ground will worsen particularly where it shares the flat course (the new Leicester?). Access to Kempton is also better,(I concede getting out is horrendous on a Friday) whereas Sandown involves more of the M25 for most NH yards and the long route in via Esher High St.

All of this to build an all weather track at Newmarket that no one will go to any more than they go to most Newmarket meetings now. It will simply lose even more than Newmarket allegedly does already.

All of this from the people who spent millions only a few years ago to turn Kempton into an all weather venue "to make it London's race track". Now they're lucky if there are 400 people there on any night. Why should anyone trust or believe them with regard to Newmarket. The tracks don't need to be built where the horses are but where the spectators will go.

If you ask the casual racegoer to name a top all weather horse they would struggle, mention the King George and they will name Kauto Star, Desert Orchid and if of a certain age Wayward Lad.

How can this be good for racing?''

Paul Sims said..''Kempton Park to be bulldozed. Bloody disgusting. One of the 3 most iconic racetracks in this country in my opinion with aintree and Cheltenham...Can't take it in''

Lets take this weeks headlines....look at the positives.

ITV racing is good for racing and their new Opening Show headed by Oli Bell was brilliant. Please stop harking back.. Channel 4 has gone and now we have ITV.. Forget the past and lets support and get on with it and prove ITV were right to support our great sport.. The King is Dead.. Long Live the King..

Racing will benefit hugely from the sale of Kempton. Lets face it if you owned that land and could make that sort of money would you sell it... of course you would.. would you put it all back into racing? Most would not BUT the Jockey Club are going to and that has to be very positive news for racing and its future.

Yes of course it will be sad to loose such a great racecourse and its history but others have gone and others probably will.... Houses make money.. and we need to see some of it. So for once the Jockey Club are right..

The only down side of the whole deal as far as I can see is the thought of another all weather racetrack and this time at Newmarket.. You also have to be worried about the over use of Sandown...

Newmarket is close enough to Chelmsford City Racecourse so is there a need for another racecourse in that part of the country?.

If you train in Lambourn, Marlborough (TNDGB) or the West Country you have the options of Wolverhampton, Lingfield or Southwell… all are a long way from those bases.

Newbury should put in an all weather in beside their grass racing so that geographically you have all corners of the racing industry covered..Unfortunately for The Jockey Club they do not own Newbury or any racecourse in that part of the country…

Wincanton or Exeter are their nearest and neither would make for suitable all weather racecourses....

Do we actually need another all weather racecourse?

Nick Cook (January owner of the Month) was here last night to see his horse Younevercall and join Mat and Myself around evening stables. Nick then headed to watch a big game of football in Cheltenham with Mat..

David Bass in this morning.. A few worked..

The Clancy Brothers.. Kevin and Dermot are meeting me later to discuss my recent visit to Ireland….

We have no runners today. BUT Jack Jones my pupil assistant rides in the 3.10 at Taunton.. My office will be rammed to watch the ATR coverage.... Good luck Jack..

Jeff Cole sent this one over..

Two Scots, two Irish, two Welsh and two Englishmen were shipwrecked on a desert island. After a couple of weeks the Scots had set up a distillery, the Welsh guys had formed a choir, the Irish boys hadn't stopped fighting, alas the two English gentleman were still waiting to be formally introduced. 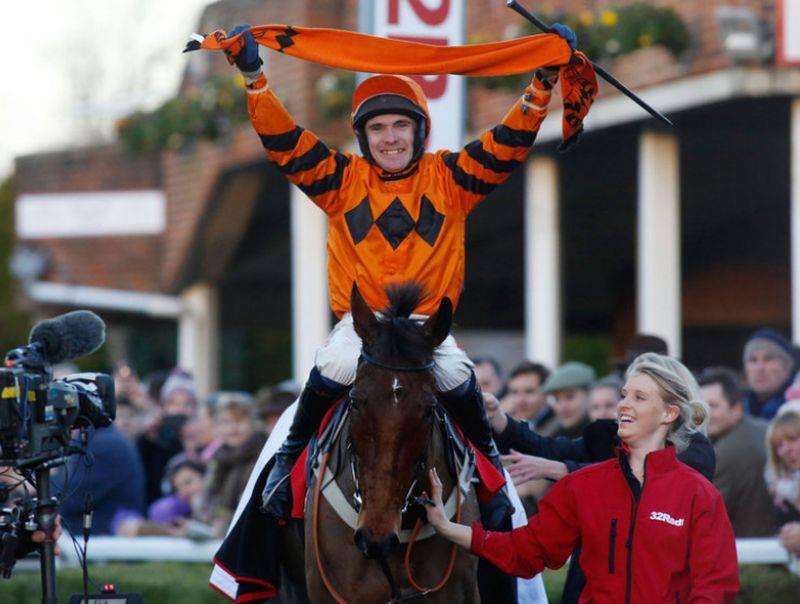 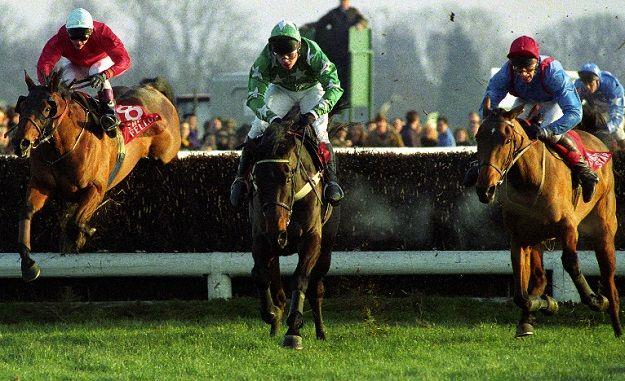 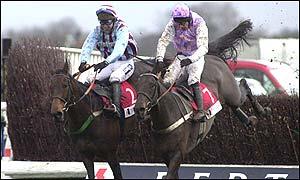 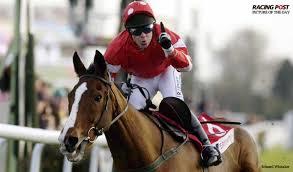 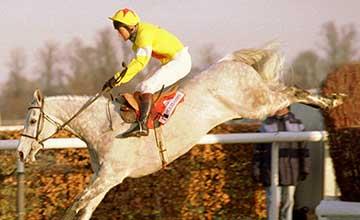 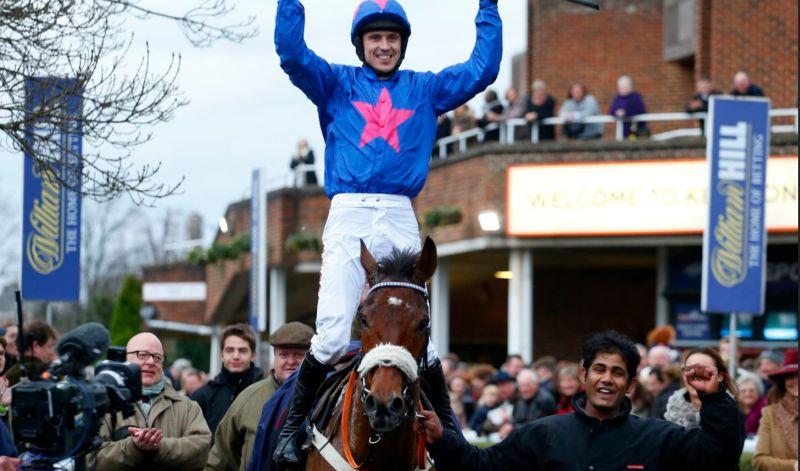 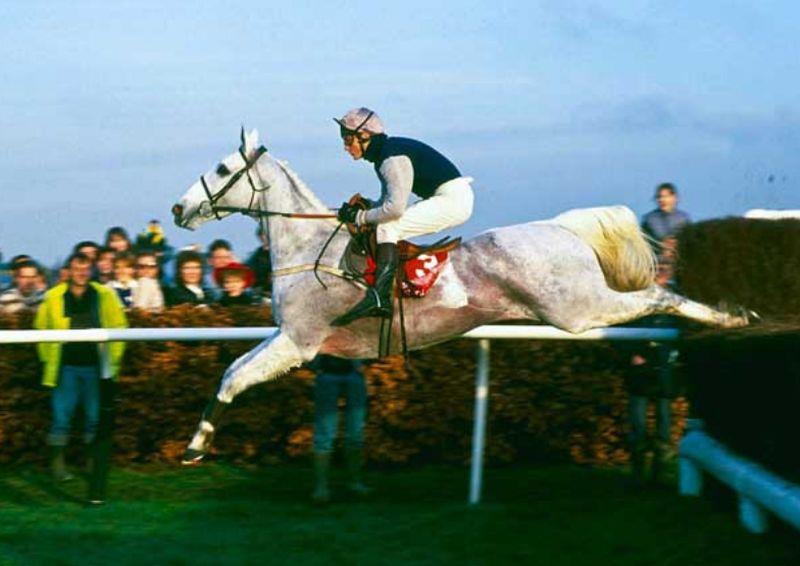 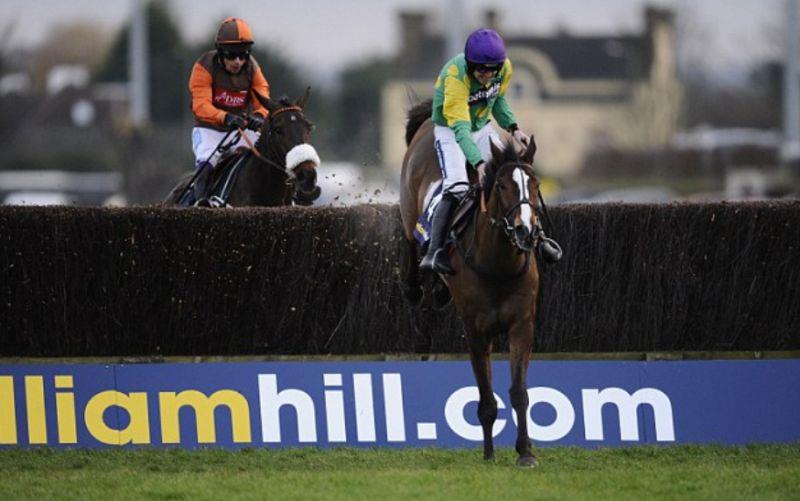 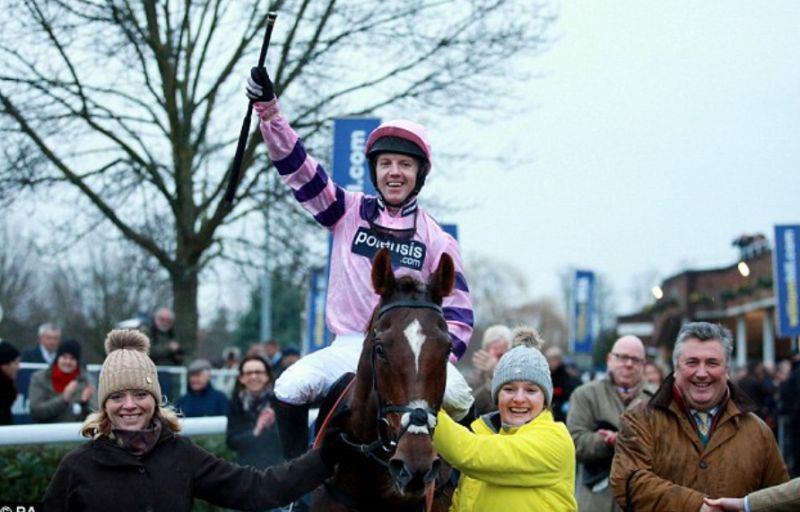 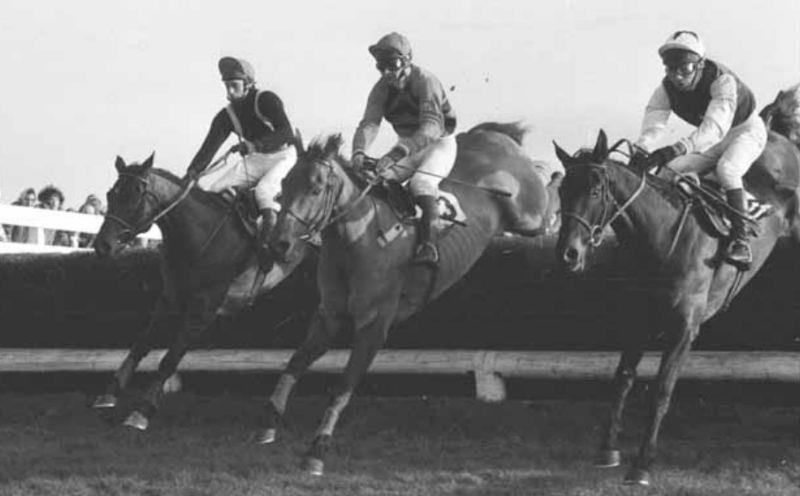 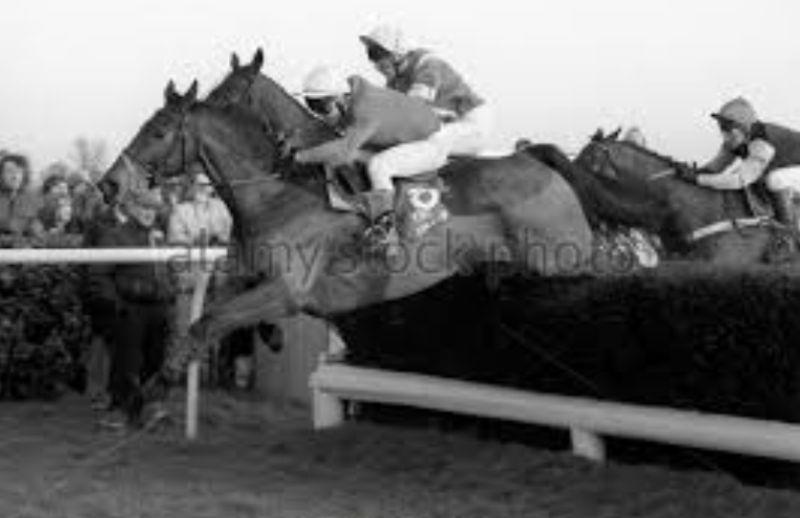 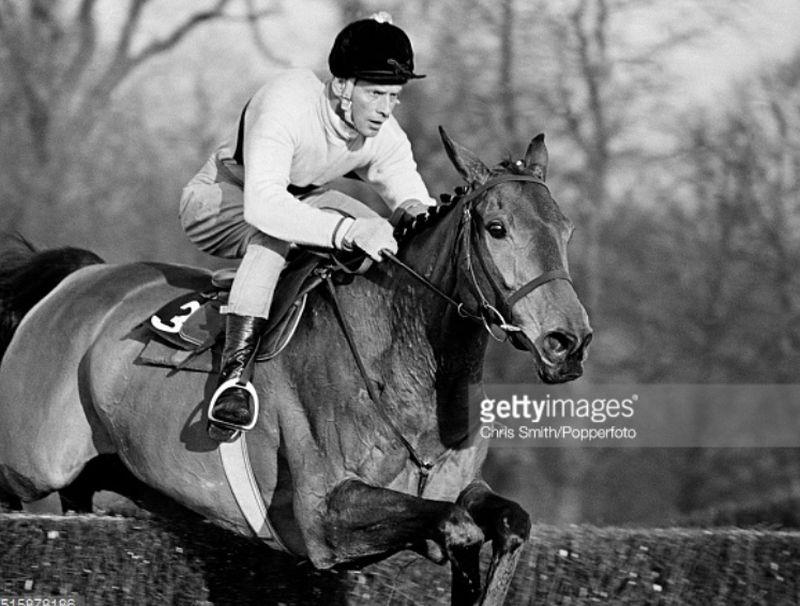 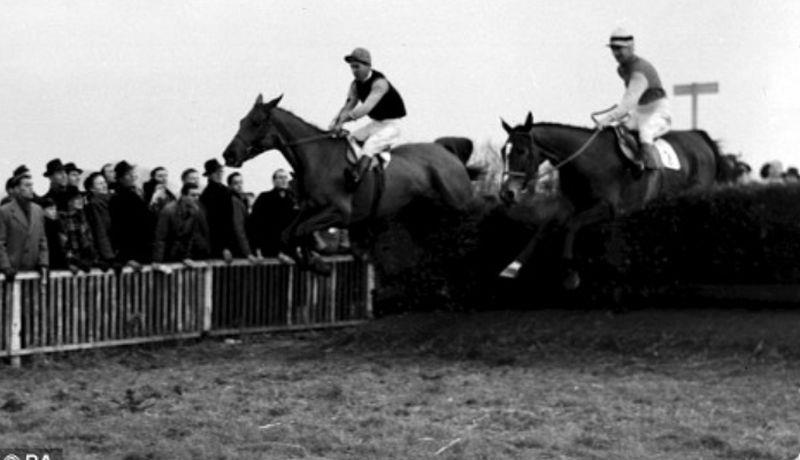 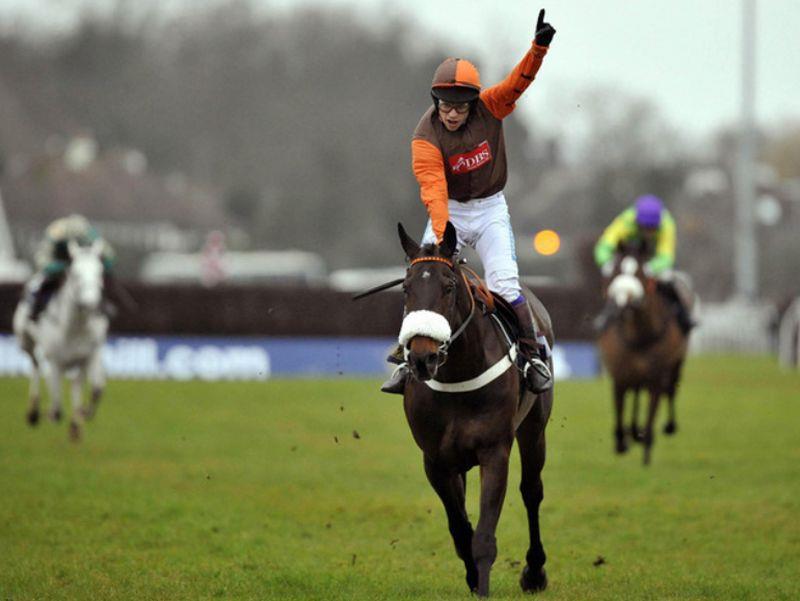 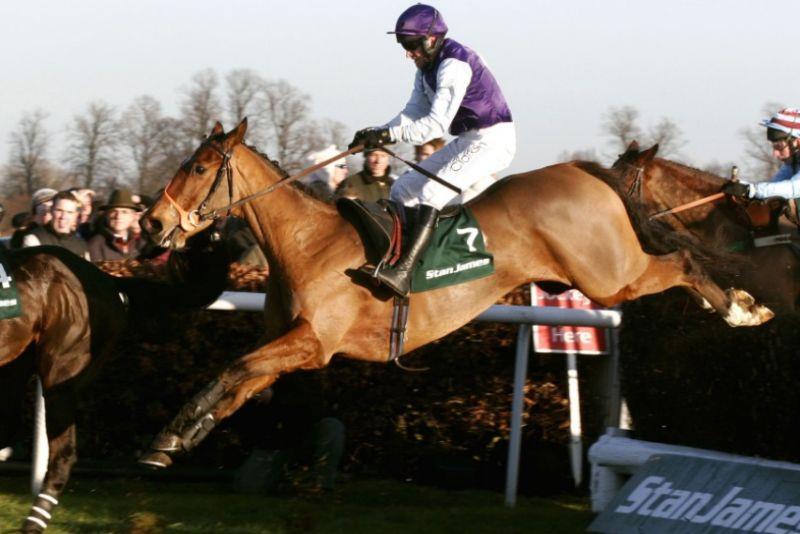