Plus 3 and dry when driving in..

The bars were closed at Kempton on Saturady.. well in fact most areas were.. There was tea and coffee and a few non alcoholic drinks for trainers in the Royal Box..all six of us there..

If it were not for doing dry January I might have taken the day to the limits after watching David Bass and Imperial Aura part company at the second fence..

The worse part was watching him gallop around the course with the reigns between his legs..Always a huge worry as that is when problems arise..

Thankfully he was fairly sensible and when caught he just had a nasty looking rub between his front legs, but no long lasting damage.. Vets looked at him immediately and were satisfied..

David Bass thought that something took Imperial Aura’s eye off the fence just as he was about to take off.. we will never know, although watching you could see something might have distracted him.

It was hugely disappointing for his owners and all involved in this lovely horse.. His Cheltenham pre run was hardly what it was meant to be..

More disappointing were the comments and emails from the conspiracy theorists who thought I did it on purpose!

Shinobi was outclassed and hated the ground.. he will now have a break until the spring… Younevercall will like wise have a break.. Saturday was too soon after Ascot. But as for Two For Gold.. if only he had jumped better he would have won.. he finished 3rd and frankly not sure how.. Confidence in a big field of runners needed for this inexperienced chaser. Party Fuzz disappointed but he will be better when handicapped..As with Imperial Aura all were ok after their races..

Sunday i.e. yesterday a day to catch up. My now weekly video..

So now to a new week.

We have three runners today.. Donnie Brasco and Getaweapon head to Doncaster while Rosmuc Relay heads to Hereford. For my thoughts on their chances please click here.

If my Saturday was not a good one then nor was Henry Kimbell's. Henry foolishly did what many of us have done….to put unleaded petrol into a diesel car.

When his long suffering wife Bella, having been for a walk, went to start their car it would not….

Henry (at home alone) was phoned by an irate Bella asking for an SOS to rescue her and their children. Fortunately Bella was only a couple of miles away in Polstead and so Henry drove over to swap cars - allowing Bella to return home with the children leaving him to wait for the AA to sort his mistake.

3 hours later….waiting patiently with many walks around the Polstead Village Green and even cheering on some of his afternoon bets  Kempton on his phone!….the AA eventually arrived.

Whilst Henry and the AA man were dealing with their situation…..a police car slowly appeared into view with a policeman (wearing a mask!) disappearing into a neighbouring garden.

Henry and the AA man looked at each other and wondered who or what might suddenly appear in front of them - with a masked policeman hot on their heels!

However a minute or so went by with no villain of Polstead but instead the Copper walking towards Henry and saying ‘’We have had a report of a suspicious man loitering on Polstead Green however I can’t find anyone else, so I can only assume that it’s you!’

Henry agreed and told him why he had been waiting for three hours in Polstead. The Copper thankfully drew on his notepad and pencil (rather than handcuffs!)  saying ‘’Perhaps we don’t need to charge you this time!’’

Henry when 'not loitering' runs  The Racing For Maggies Partnership..Recent Ludlow winner  Another Venture is their horse. 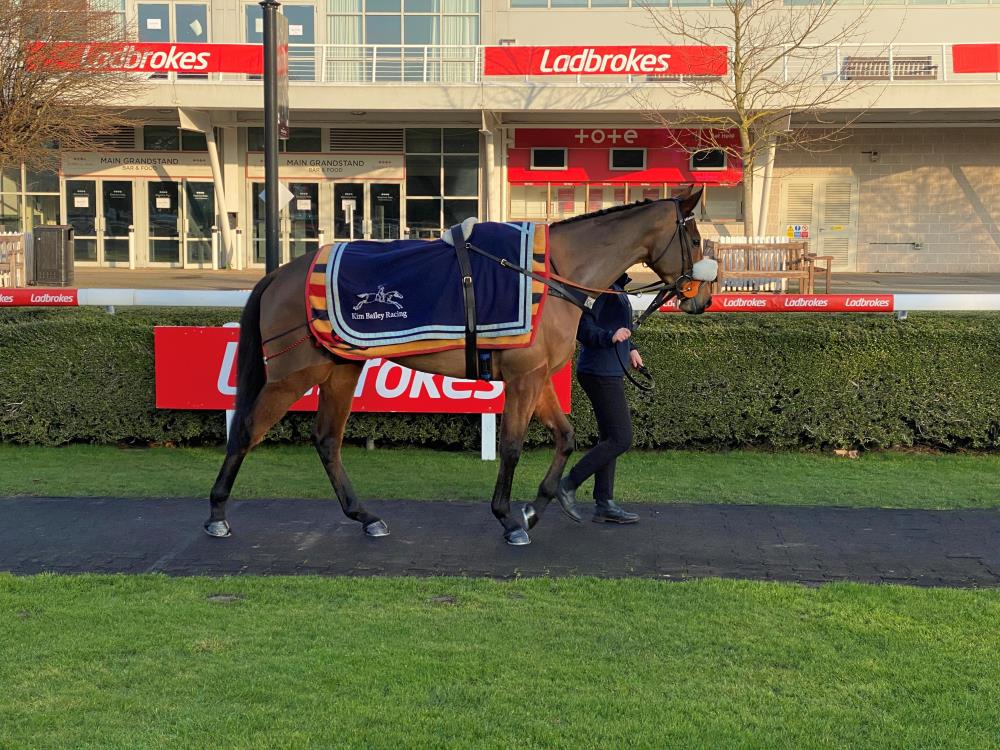 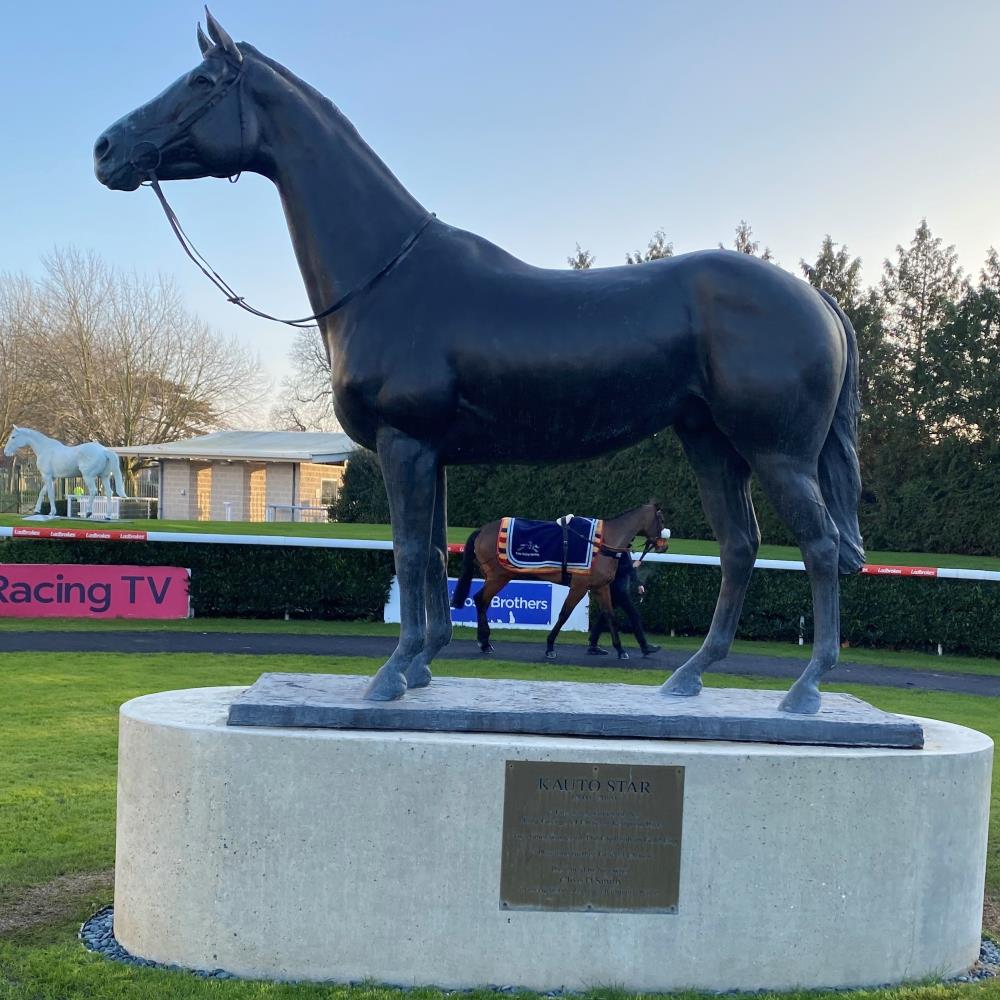 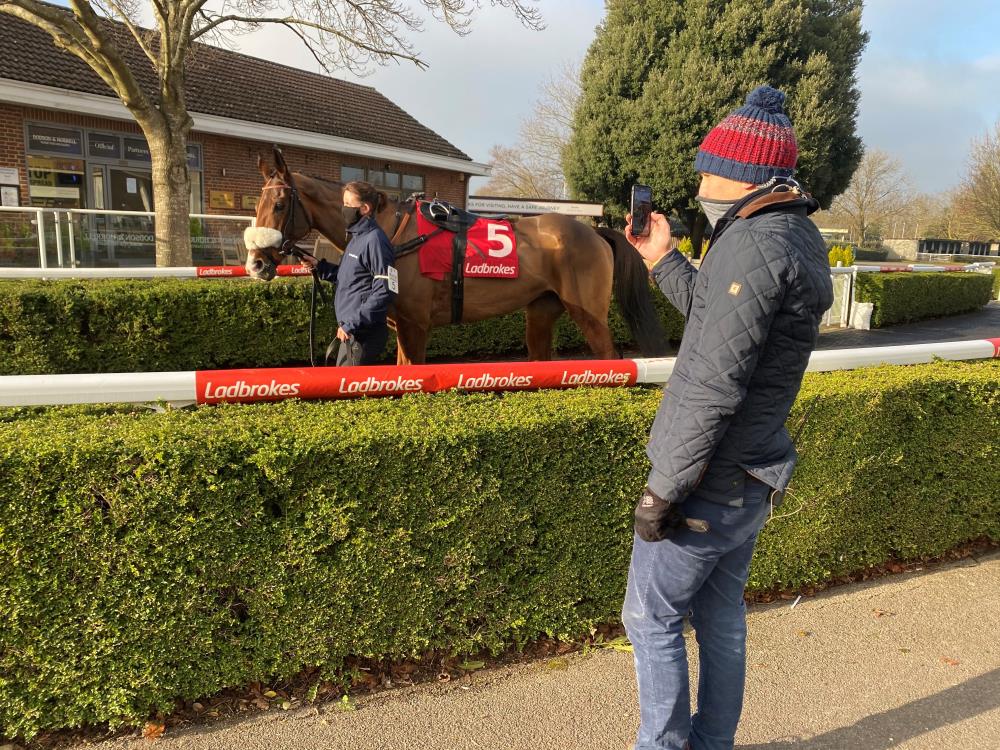 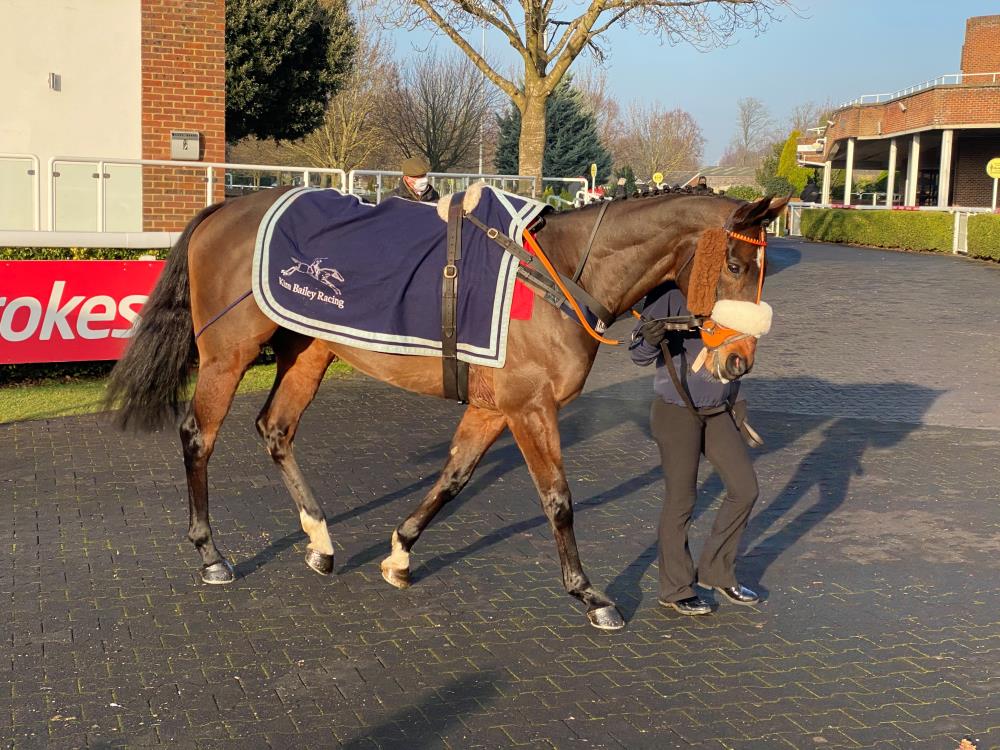 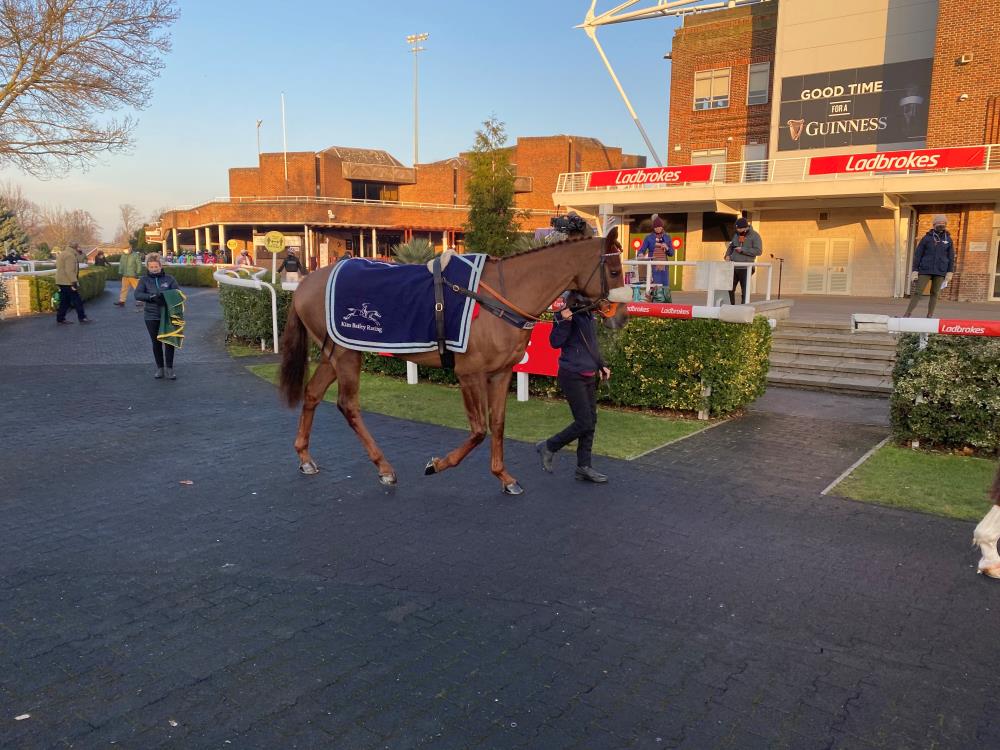 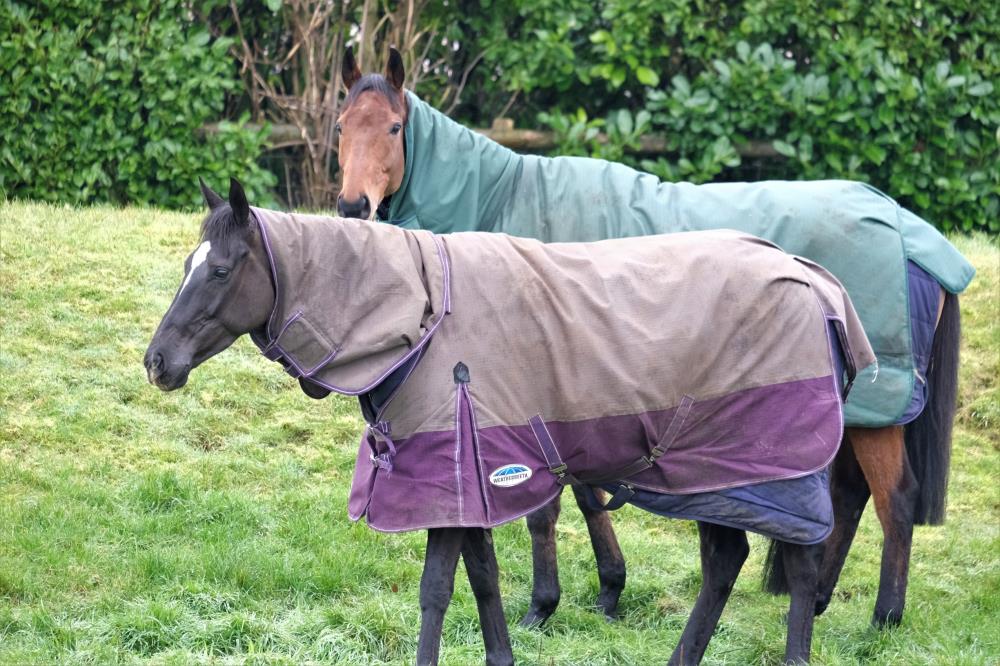 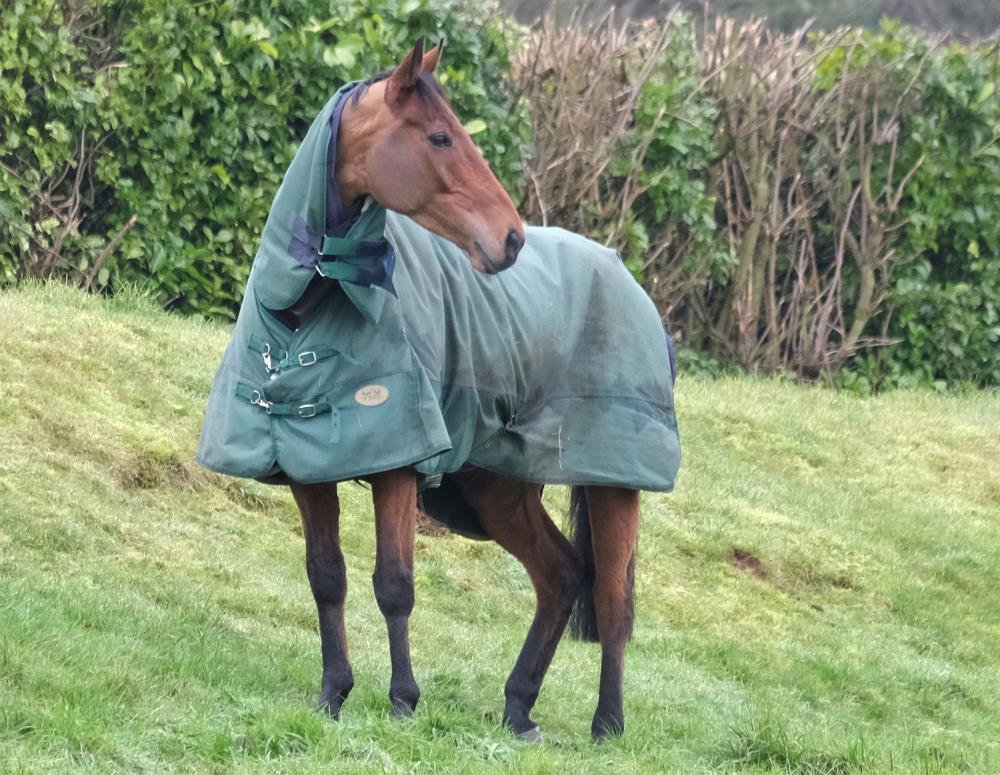 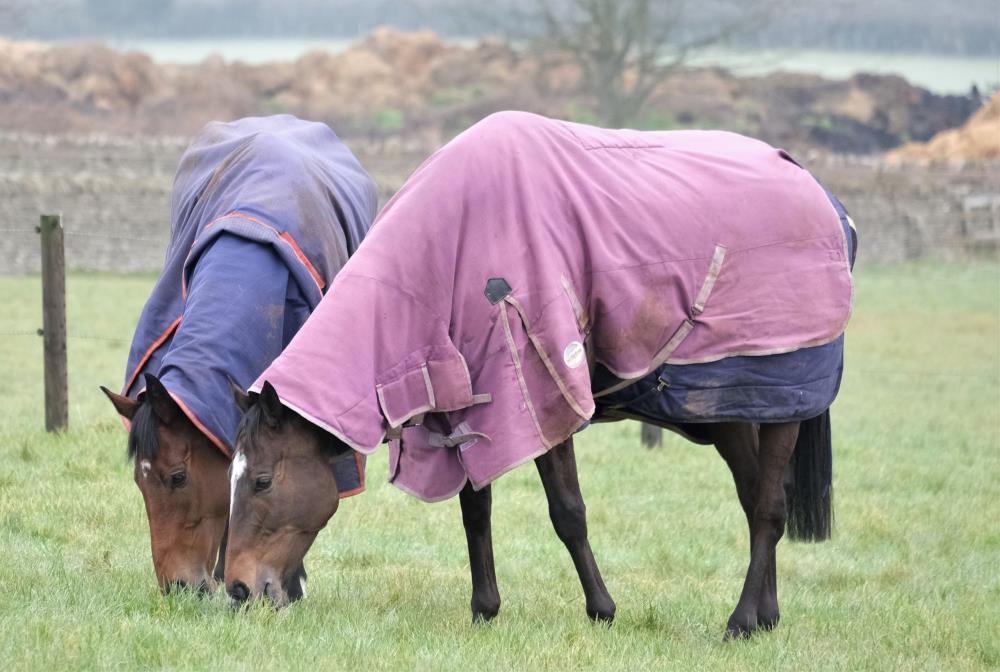 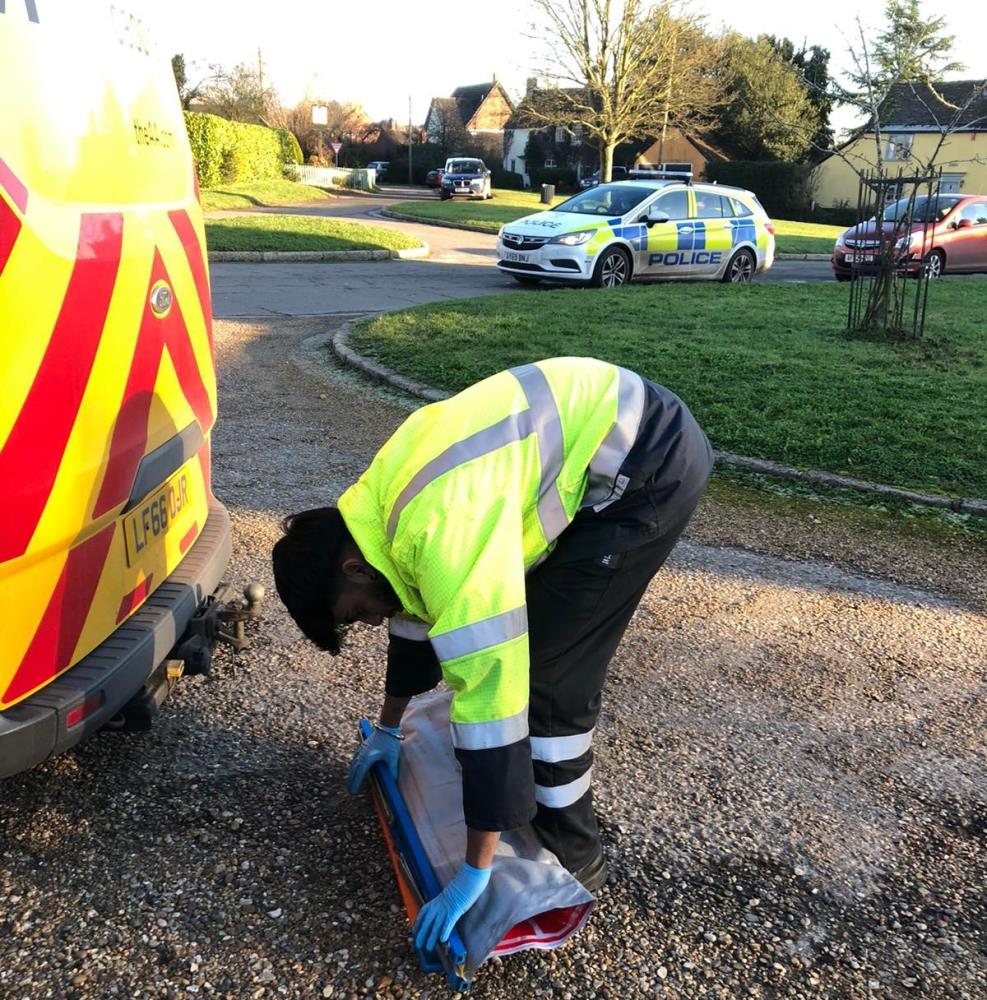