Charbel fluffed his lines. Looking absolutely fabulous in the paddock before the race Charbel jumped off in front and looked happy.

Jumping carefully, which was no the worst thing he could do, but when they quickened down the far side he made a bad mistake and then was wrong at the next.. these two mistakes took the race out of his grasp. He jumped the last remaining fences well but sadly it was all over by then. Charbel finished third.

Of course it was disappointing, especially for his owners David and Julie Martin who have been so supportive, but also for all here who just love this horse and have such belief in him.. He will be back next season a wiser and stronger horse.

The disappointing day did not finish there as The Last Samuri failed to win, let alone be placed in the Randox Grand National.  A great race but we were not really involved..

The Last Samuri is a horse who does 'do' excitement too well and the parade before set him alight. For some reason this year the parade was slow and the horses were backed up waiting in the 'tunnel' going onto the course itself.. Horses became fractious which meant that TLS was becoming very over heated (it was also 22 degrees) while waiting his turn.

Two false starts really tipped the scales away from TLS after that.. Anyway he jumped well and looked to be going well for the first circuit but the weight and the extra pace saw his effort go..

The heat took its toll on horses after the race and the BHA or stewards made the right call for horses to be dismounted after the race to wash or cool them down.

Some horses including TLS were very over heated aftr the race and took time to recover. Washing and pouring water over the horses was important as keeping them moving. TLS took his time to recover and big thanks to my team who certainty need their suits dry cleaning after getting soaked.. a special mention to Henry Brooke the jockey who was also most helpful..

Aintree do a fabulous job but I wonder if the BHA could perhaps help further when conditions like Saturday come round again..We are not allowed to give horses anything to help like electrolytes after midnight the night before a race.. Frankly by 5 pm what you might have been allowed to give would have been a waste of time as it would have worn off.. Surely the BHA could allowed their vets to give electrolytes to the horses on the morning of the race in these special circumstances..

Importantly both Charbel and The Last Samuri seem fine after..

Life moves on and that we did at Ffos Las yesterday where Rocky Treasure was impressive when winning the 3 mile handicap hurdle. John Perriss his owner just loves Ffos Las and is almost now their leading owner.. We have a good strike rate their (26%) there too..

Archie finished 5th in his pony race and heads to Ascot today for another..

The vets and ground staff were very efficient after both races we were involved in, especially after the Grand National. It was a very hot day and they were very prepared for this, there were people with buckets of water everywhere!!

After the National it was a bit chaotic but everyone was doing their best to help the horses. Unfortunately because it was so hot a lot of the horses were very tired but there were vets everywhere making sure they got the help they needed.

Some people felt that the space for the horses should have been bigger and a bit more organised, which I agree with to some degree, but it was incredibly hot for the time of year and they did the best they could with the facilities they had.

Last year our horse was tired because the ground was very soft so it is very difficult to predict conditions.

Special thanks to Henry Brooke who had stayed with his horse Highland Lodge who had got hot and then helped us cool down The Last Samurai, getting very wet in the process!

After the horses had recovered the vets came round to all the stables to make sure their temperatures and heart rates had returned to normal. This was very reassuring and I felt that if there was a problem there were plenty of people to help.

The one issue I did hear about was the fact that there was not really a designated space for stable staff to watch the races from, and handlers were not allowed straight on the course after the races to get to their horses.

In Charbel's race the staff from Paul Nicholls' yard were not allowed to go and catch their fallen horse Politoloque . They had to wait until it had been caught before they were allowed on the track, not knowing if he was alright or not, (Fortunately he was).

The same happened after the National; People struggled to get through the crowds to get to their horses. I had managed to get to the middle of the course to watch the race so I was able to get to Sam as soon as he pulled up but I would not have been happy if something had happened to him and I had not been allowed through.

I understand they do not want people all over the place but surely it makes more sense for the people that handle the horses every day to be responsible for them rather than someone who does not know them.

I also felt the handlers where not treated with much respect. The horses would not be there without people like us and it was not very nice to hear the way some were spoken to. We care for these horses every day and it is very distressing to not be able to get to them when they need us most.

Fortunately all horses over the 3 day meeting returned to their stables in one piece.. A great meeting. 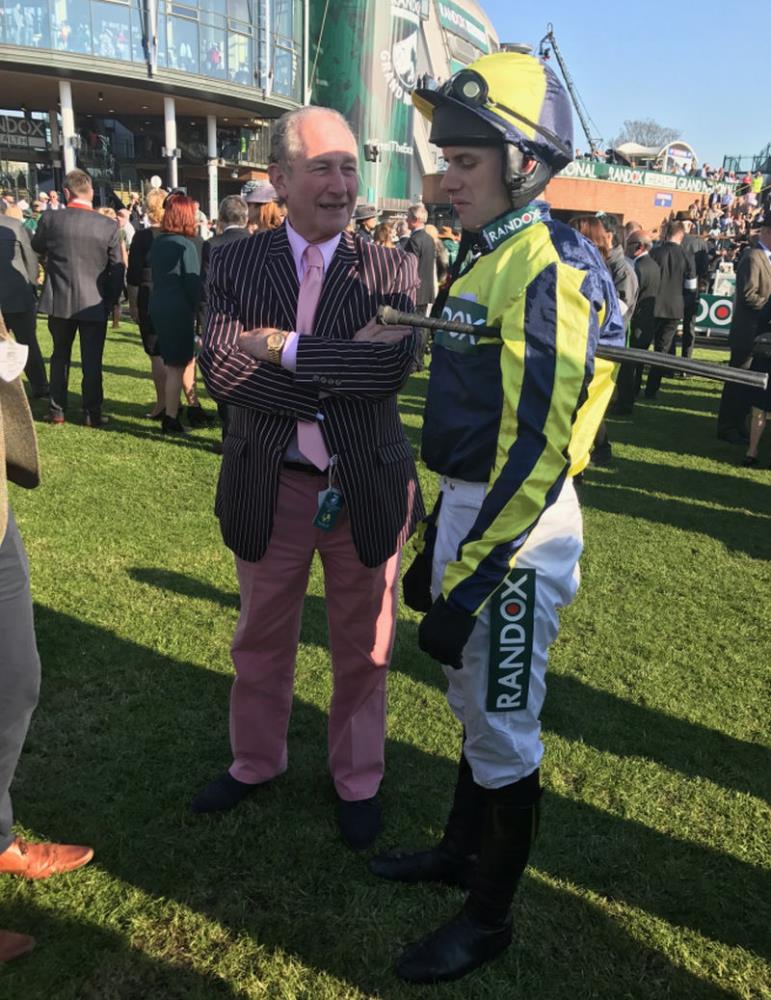 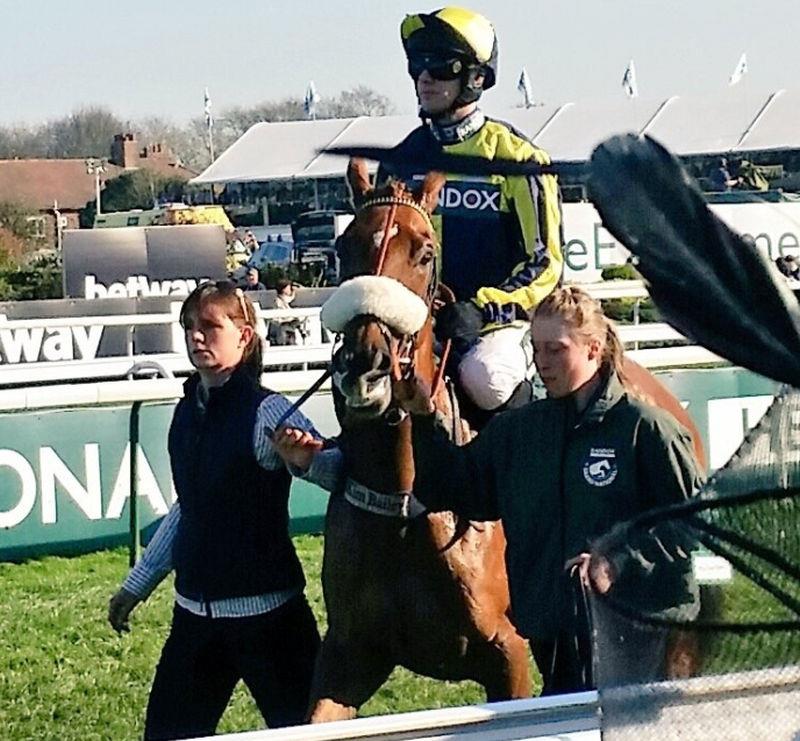 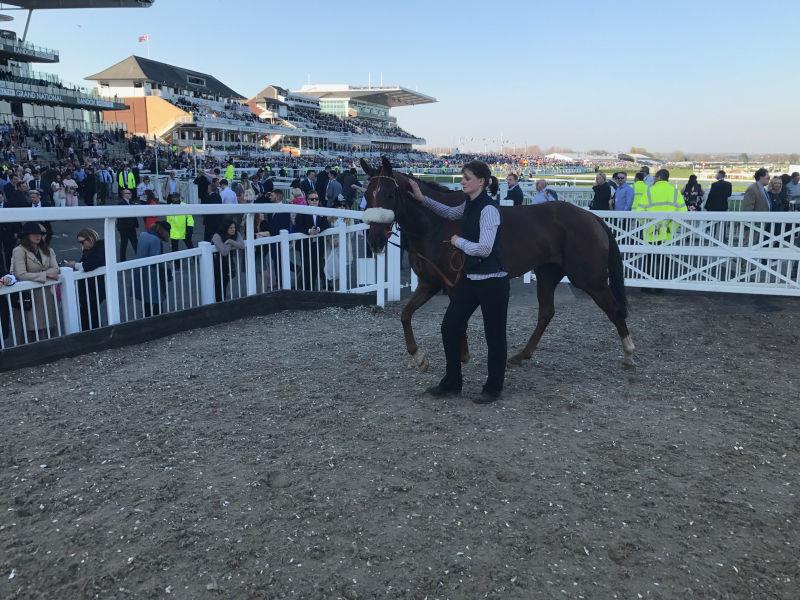 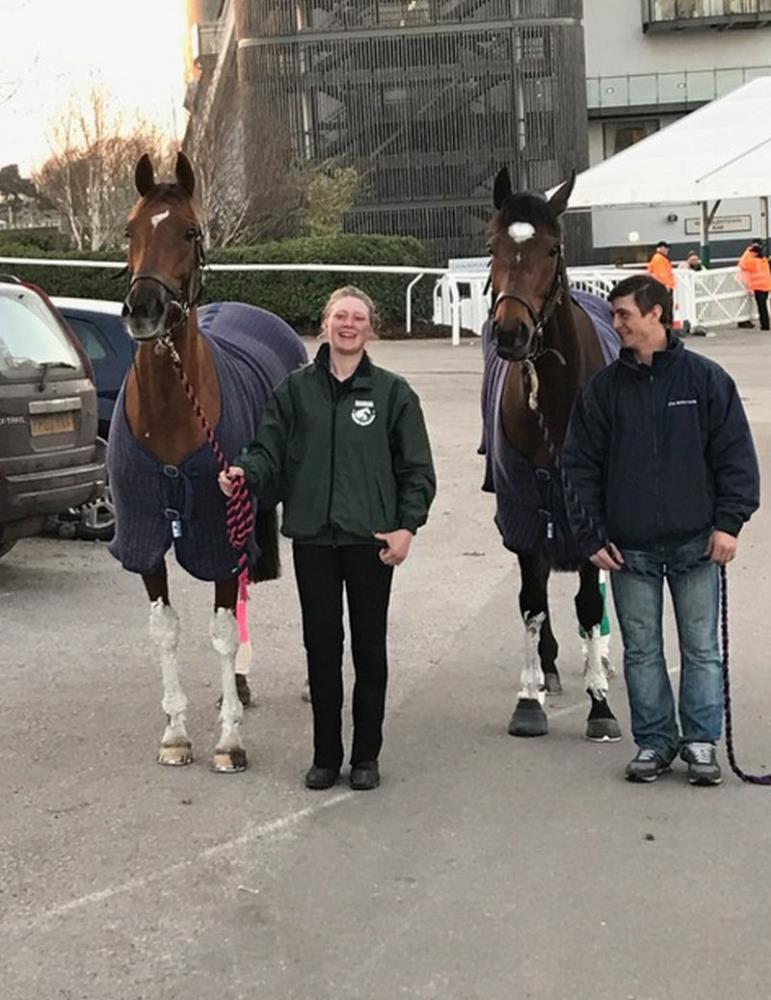 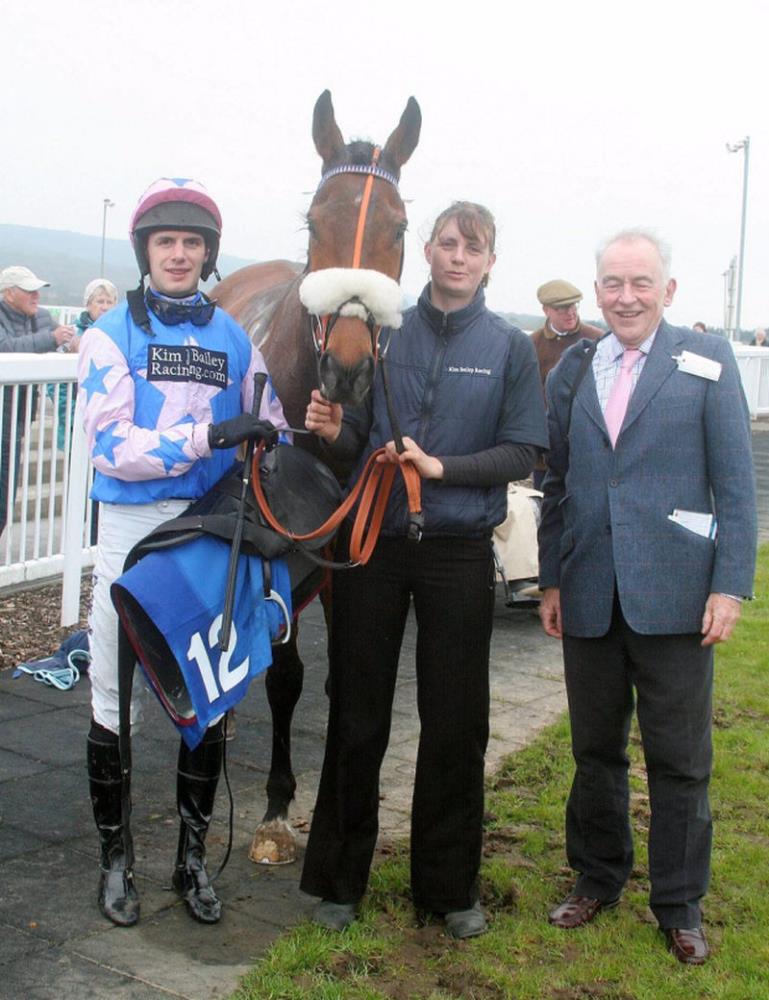 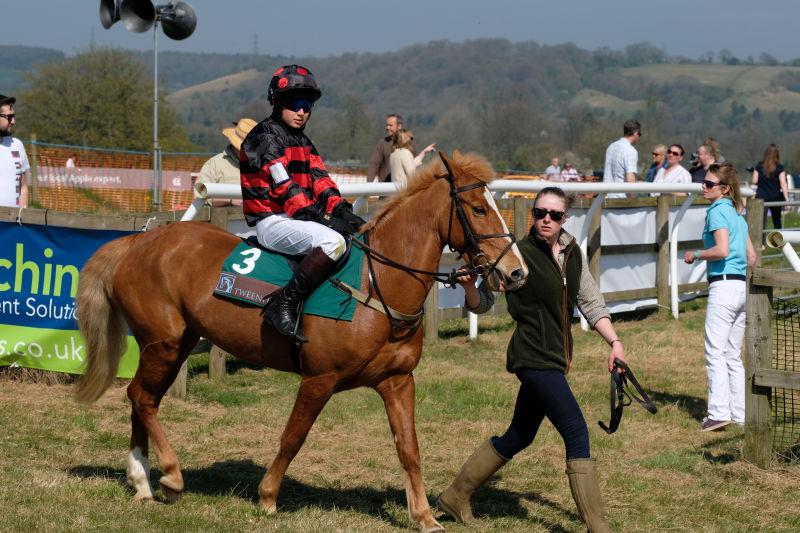 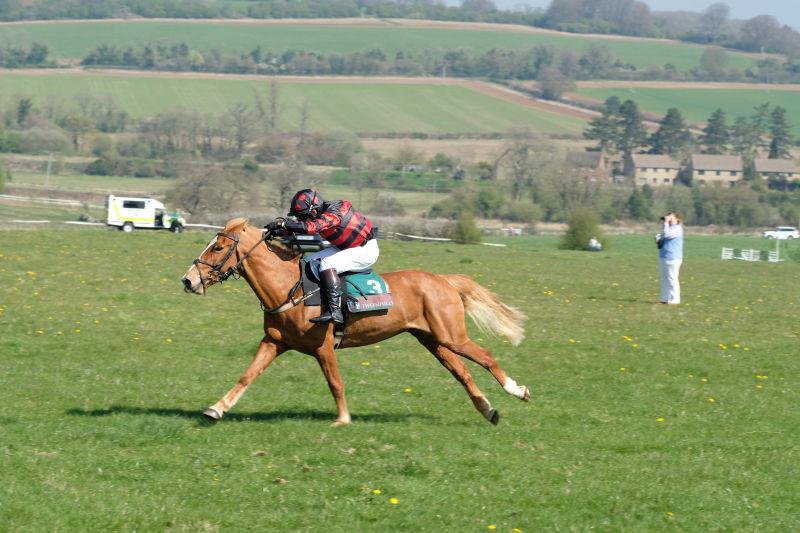 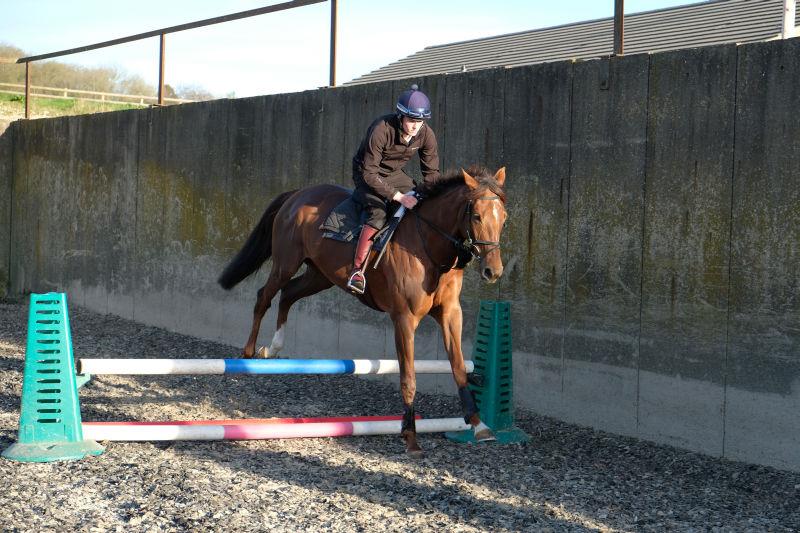 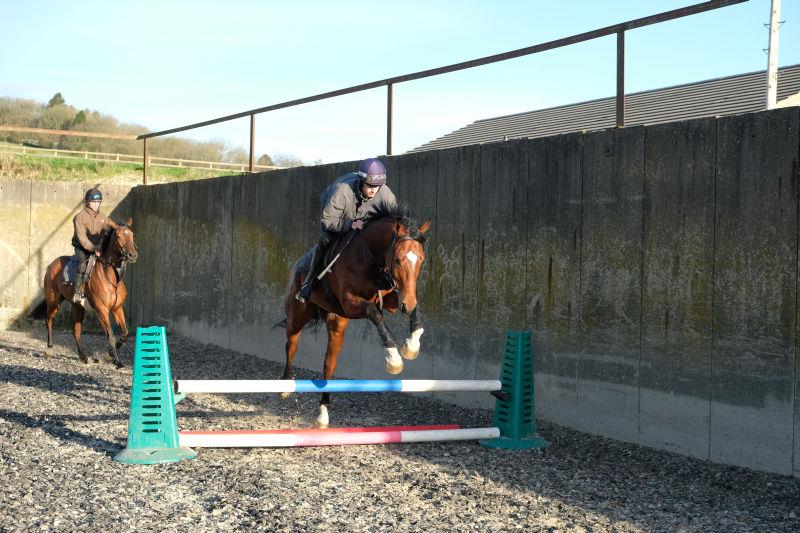 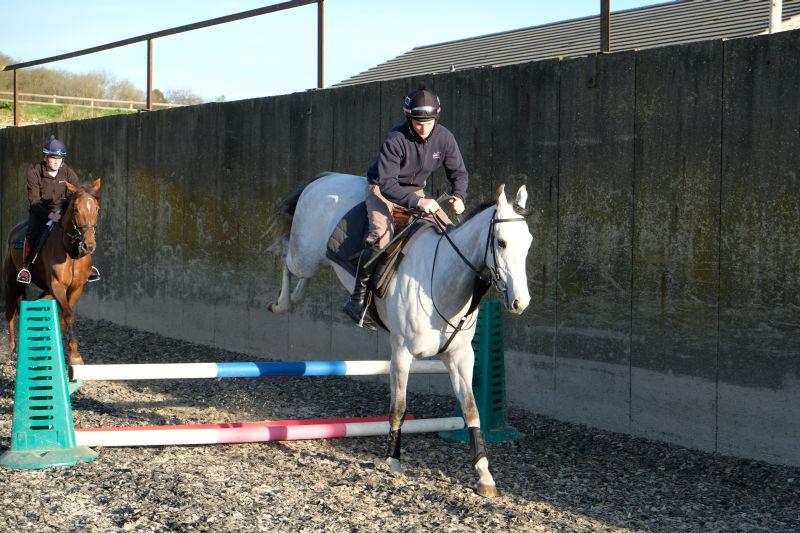 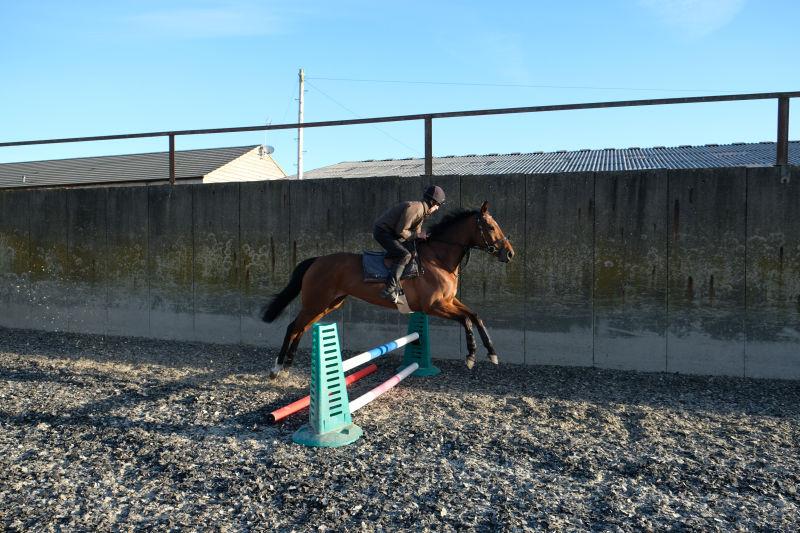