What a result for the Randox Grand National..There was a story, as there seems to be every year.

Yes of course you can invent a story for any winner, but Saturday was a wee bit special.

Sam Waley-Cohen has been a top class amateur for many years and his record around Aintree would make most professionals jealous. He announced his impending retirement from the saddle 2 days earlier saying that the GN was going to be his last ride and what a way to head into retirement..He has hung up his saddle and although he has made it in business, he has certainly made it as a jockey and achieved his ultimate dream.. Something so many of us will never do…

Well done to Sam.. you have been, and still are, a true ambassador for the sport of jump racing..

His parents have not done too badly either..Cheltenham Gold Cup (Long Run) and Grand Nationals (Noble Yeats) for all, what a family.. Something to tell the grand children about, and great great grand ones too..

It was wonderful race as always .. fabulous weather and huge crowds back enjoying what they love to do... watch and savour our greatest race.

Two For Gold gave his owners a thrill and a half for so much of the race.. Jumping off in front he jumped like a stag and there was a moment in the race when I thought, if he stays he wins, but we all knew that he might not stay and sadly that was the case, but it was an excellent run..

I am sure David Bass will be returning his riding fee and probably the owners costs as his face after the race said it all.. he had the joy of a ride and as he said he was ’some spin’ until the gas ran out!

It is so hard to find a spot to watch the big race if you have a runner so we were very reliant on the TV coverage and thankfully we were able to see him the whole time until he pulled up..

It was a mixed day for our horses as Espoir de Romay who had been tearing up the gallops at home pulled up and was found to be lame behind ..He looks like he has pulled a muscle and after few weeks of R&R he should be fine..

A good summer out this horse will return stronger and hopefully capable of showing his ability.. He has had a difficult season and this was his first really disappointing run.. You cannot condemn any horse for what happen on Saturday.

The bumper was always going to be a hot race and although Chianti Classico ran well until turning for home, the ground was probably too quick for him and all he did was stay on to finish mid div.... He too will rest for the summer and will return a bigger stronger horse for his hurdling season next winter.

All three horses, bar one pulled muscle, seem OK after their races.

Yes it was a fabulous meeting and to do three days you need some stamina.

The down side was the lack of internet and mobile reception as trying to ring owners was almost impossible, and lunching with Espoir's owners on Saturday we nearly missed out as the tablet ordering facility could not cope on the internet, so food was almost missed, although the wine order somehow came through!

A big thank you to the kind person who found and handed in Mrs B's cars keys that had fallen out of her handbag on Thursday.. It could have been a long night at Aintree!

A relaxing day yesterday? Sadly the morning was used up making calls to a syndicate team of owners delivering sad news.. Never something I find easy.

In the afternoon Lauren Hawkins rode her second winner of her career on Dandy Dan at Andoversford.. A 2 horse race and at 6/1 ON she was the preverbal certainty.. And they won like one and now the combination head to Cheltenham for the Hunter Chase meeting and the prestigious 4 mile chase..

Yesterdays race was sponsored by our next door neighbour so I thought it fitting that Mat Nicholls should receive the stunning trophy on behalf of DD’s owners Phill and Gill Andrews.. Presented by his best mate.... I am sure the trophy bwill find a suitabel place in the Andrews's house for the next 11 months..

Sunday evening and after a depressing read from Jeremy Clarkson..It was time to become glued to The Masters.

Archie and I watched as Rory Mcllroy probably played his best round of golf for many years, but still finished second.. Beaten a country mile by the new kid on the blocks Scottie Scheffler.

Paul Higgs was here with his granddaughter Harleigh to see his KBRS horses Voyburg, Chazza and Percy Veering.

We have one runner today at Hexham.. Soft Ground there!!.. Anyway Saint Bibiana heads there and for my thoughts please click here.

Dont forget to watch the programme on Guy Disney .Against The Odds... Preview Video  ITV4 tonight at 9pm and 11pm on ITV tomorrow night

You wont find this on TV tonight.. 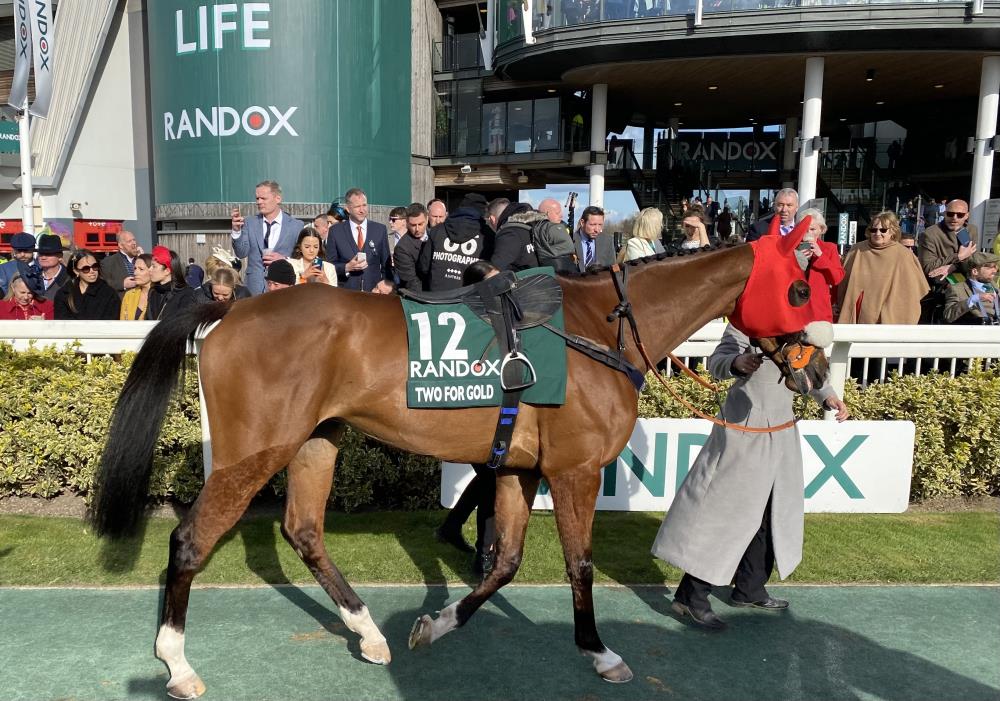 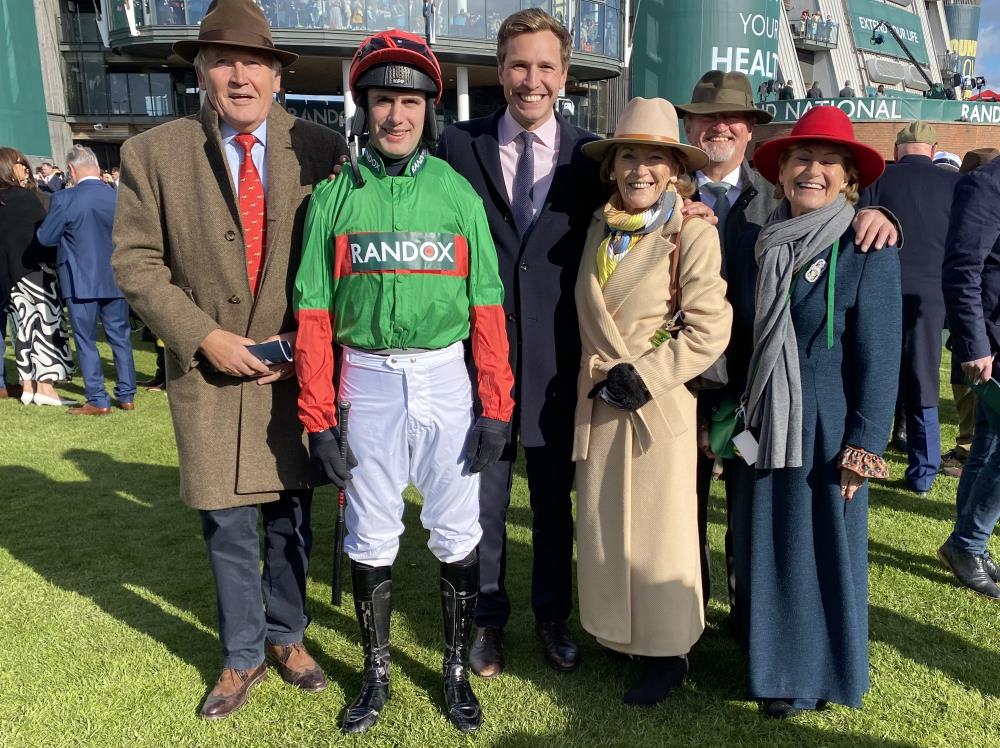 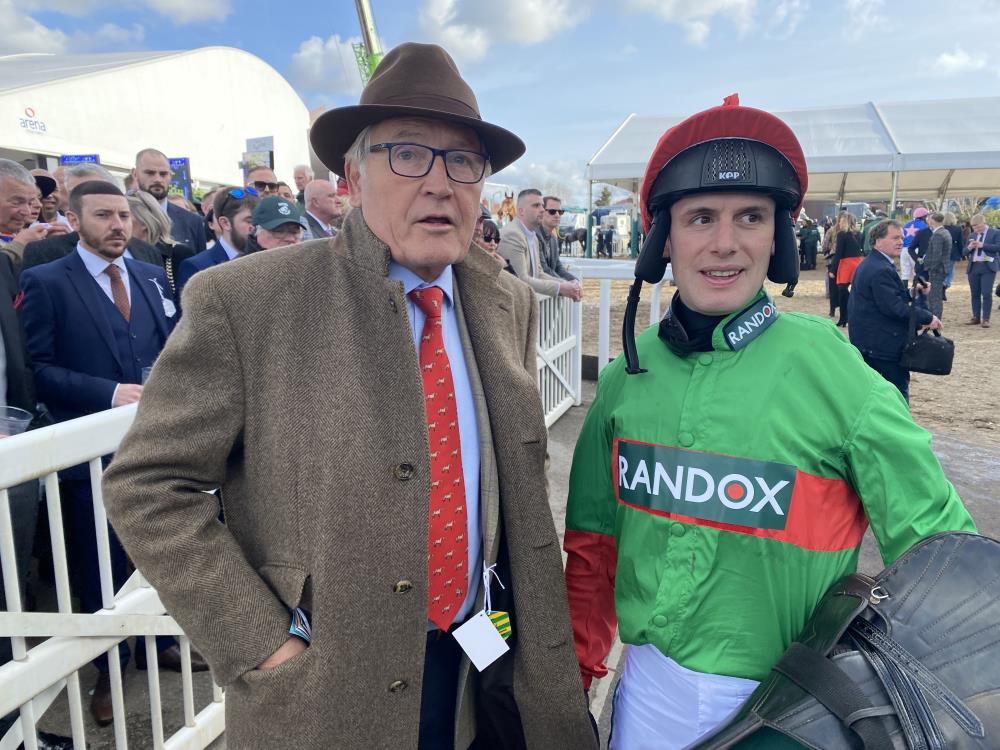 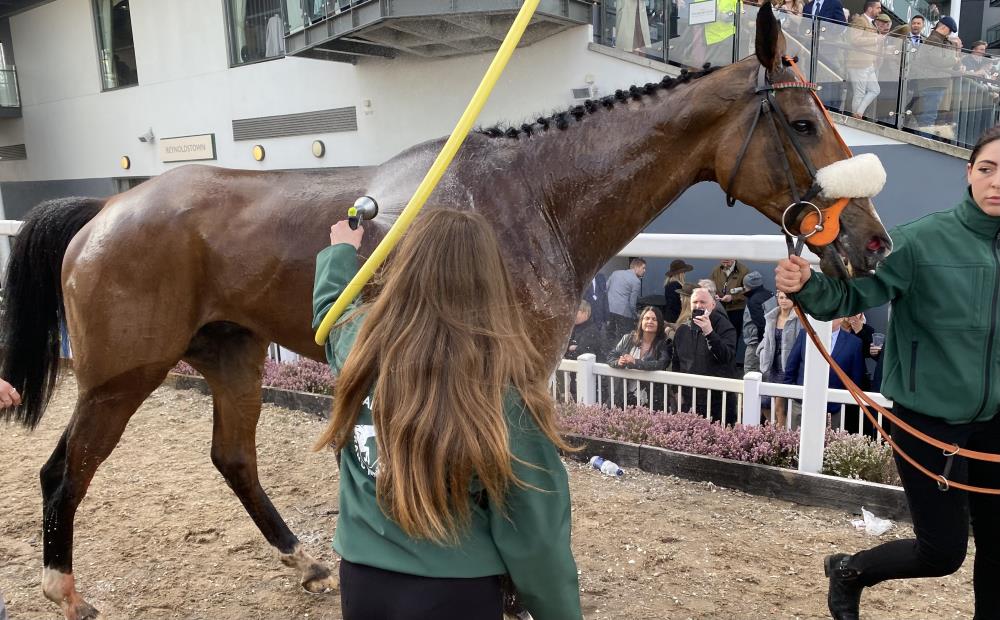 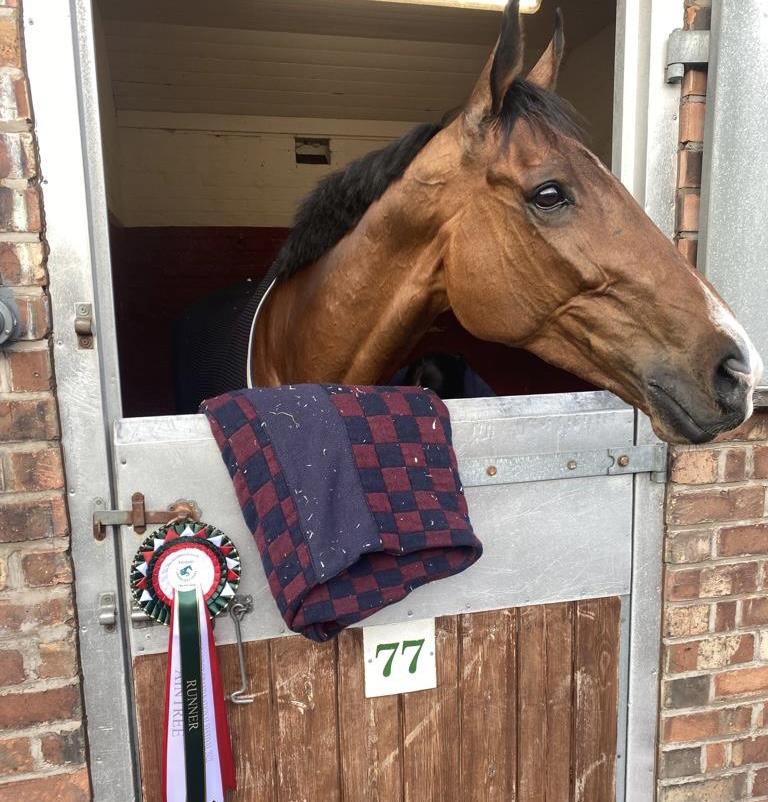 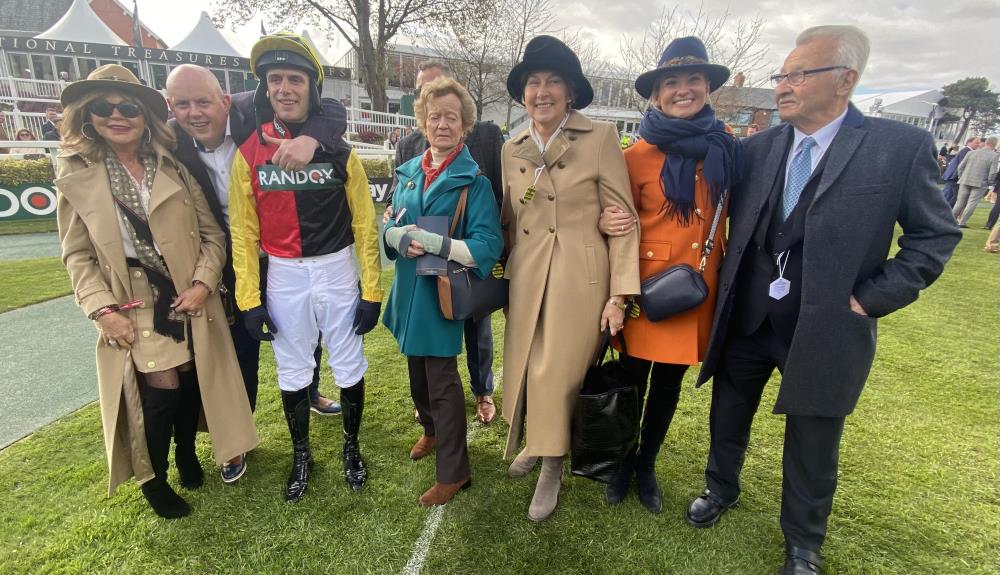 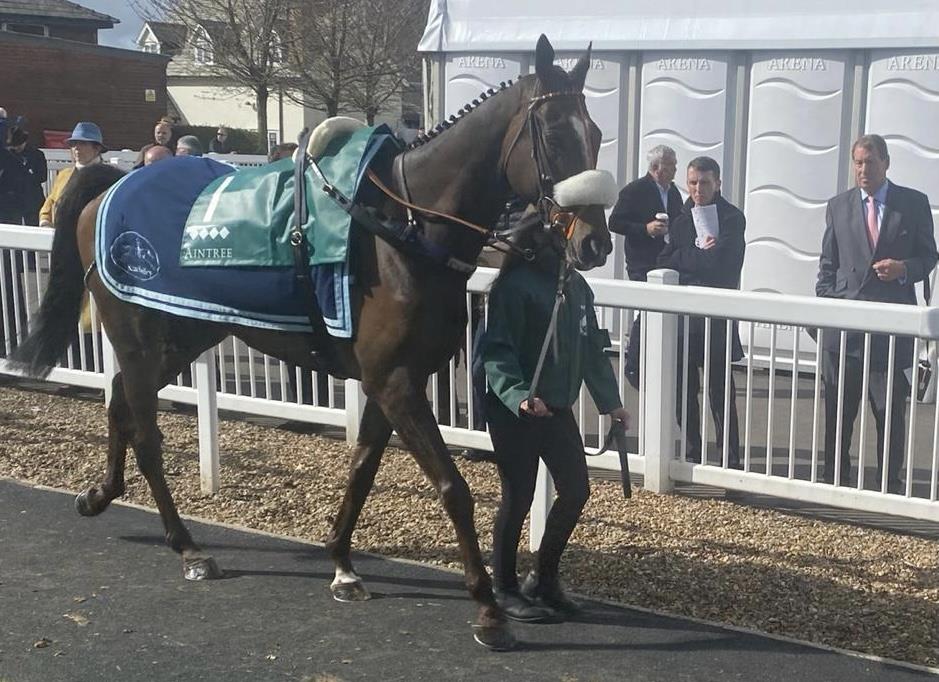 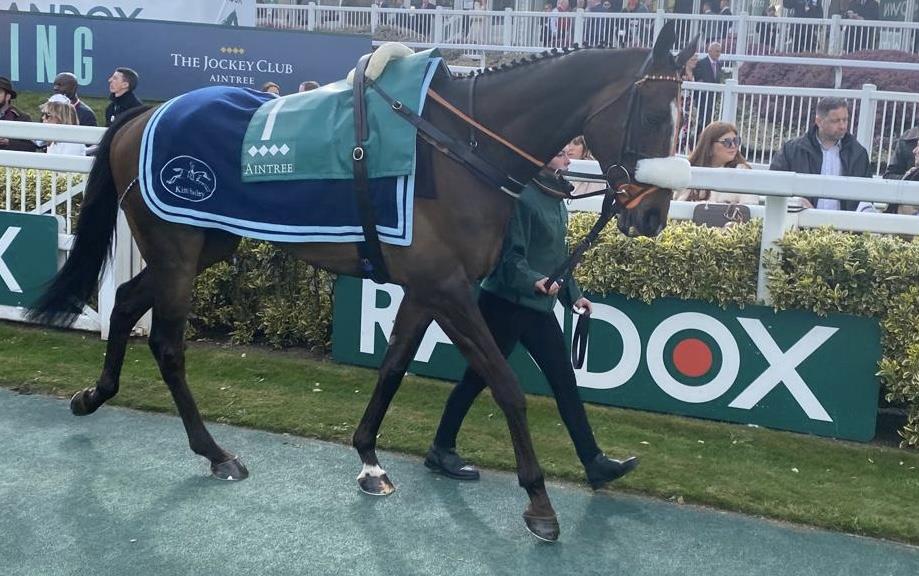 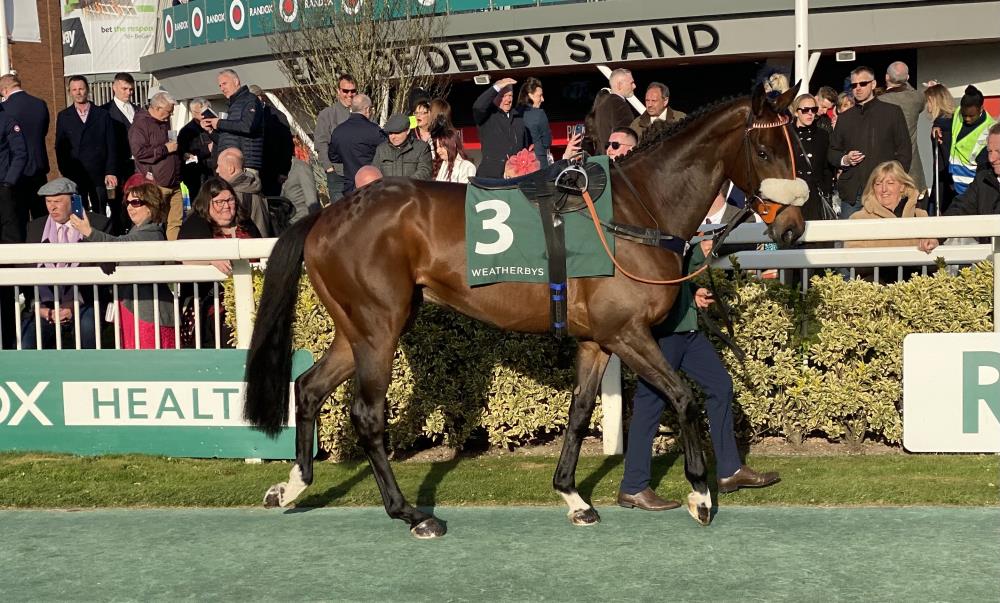 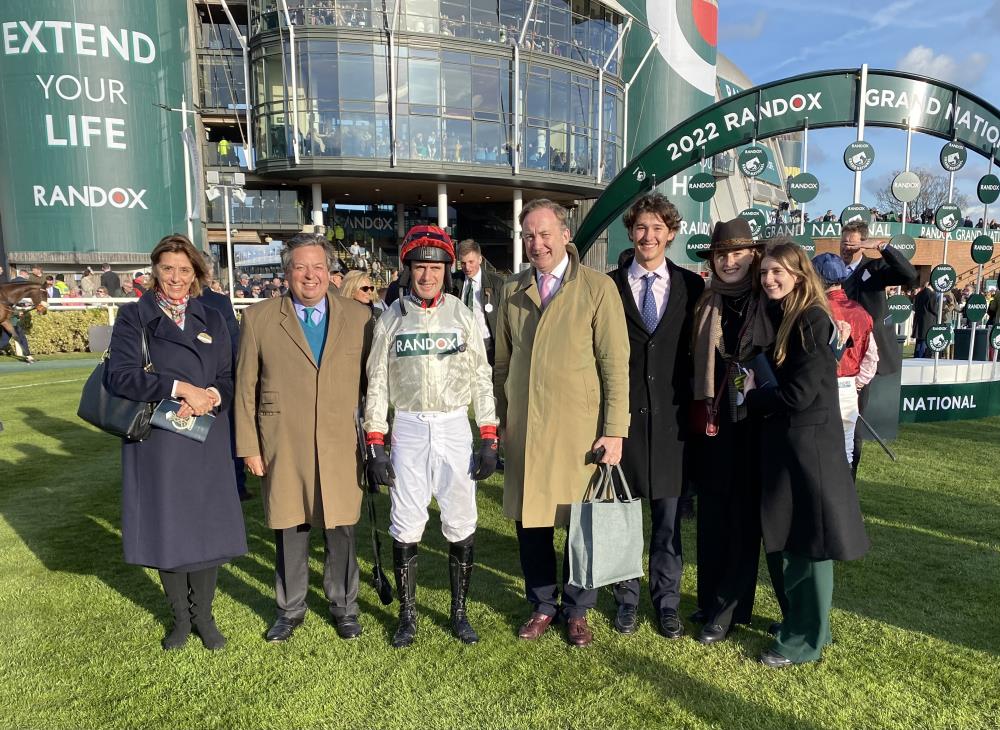 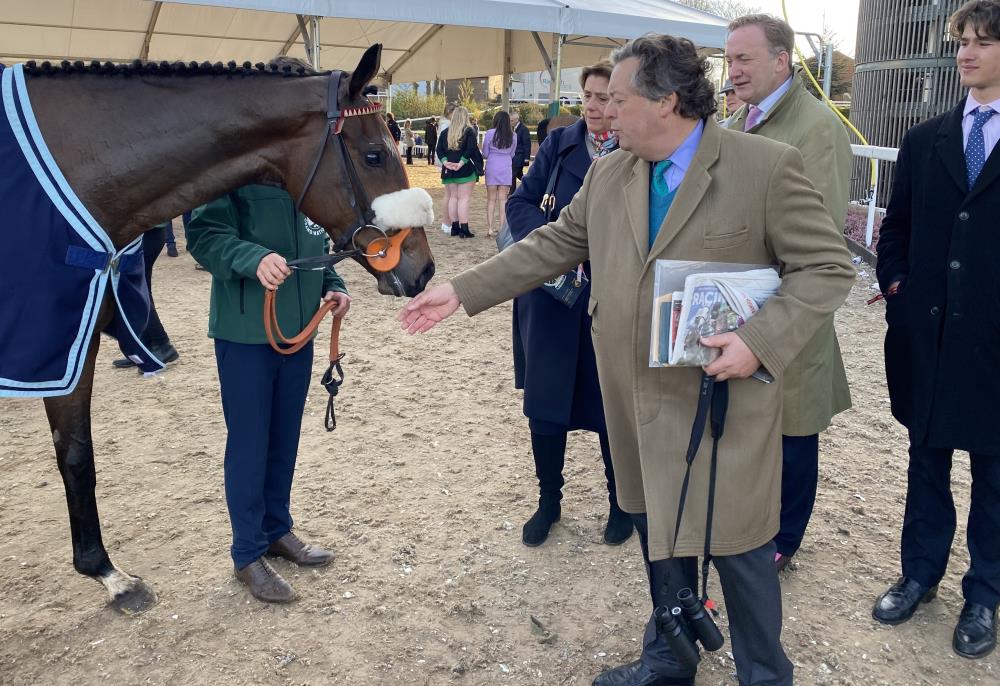 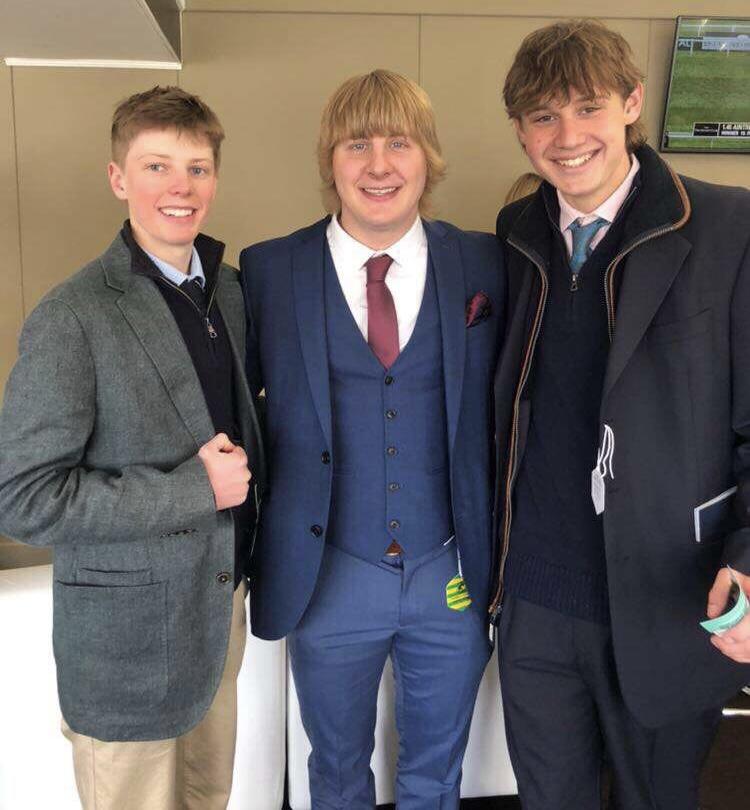 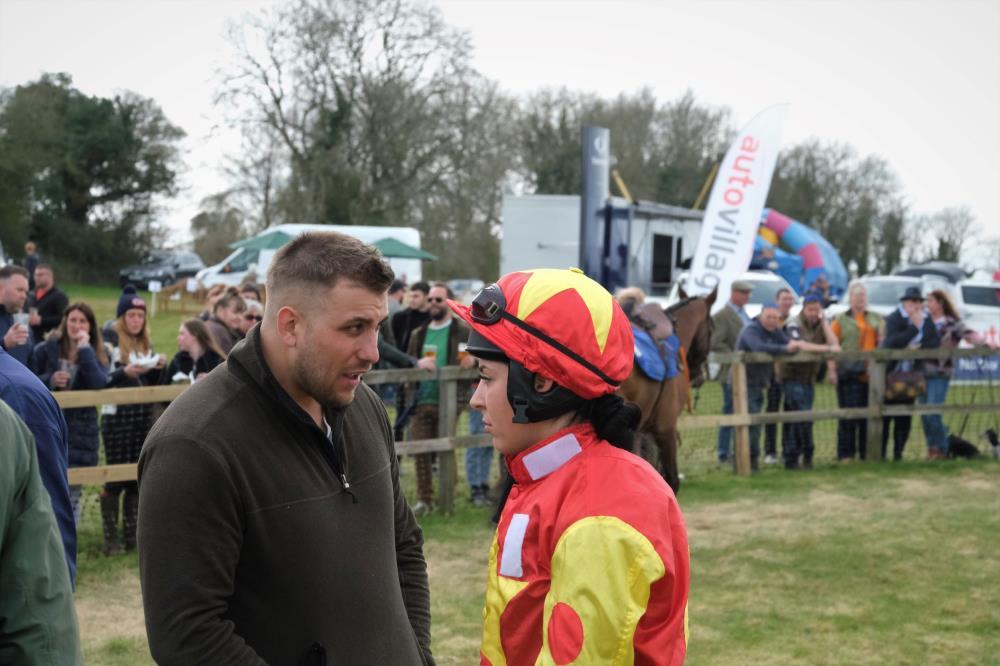 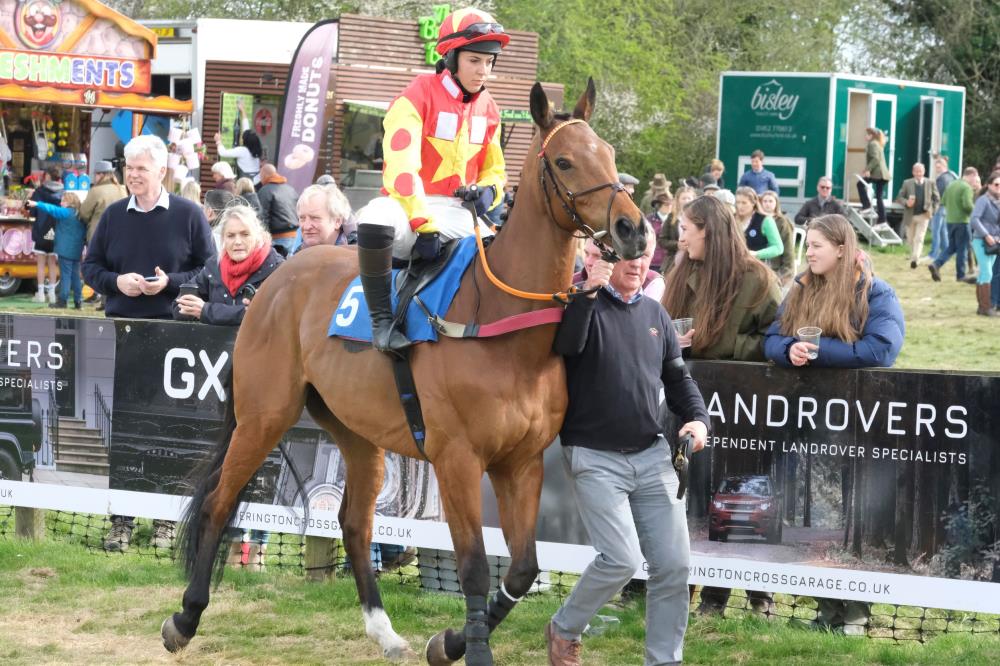 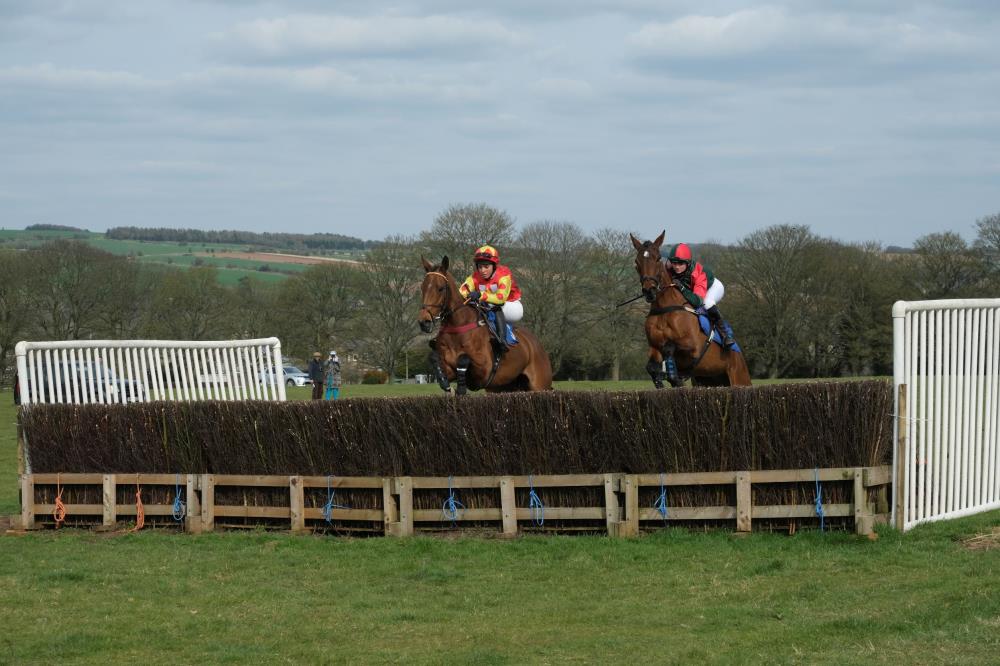 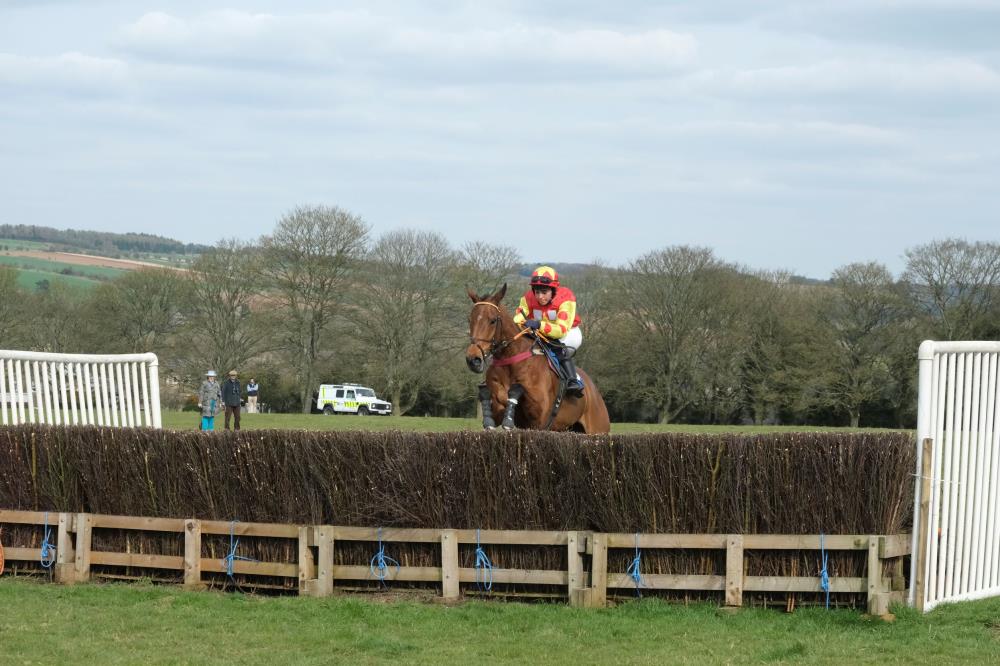 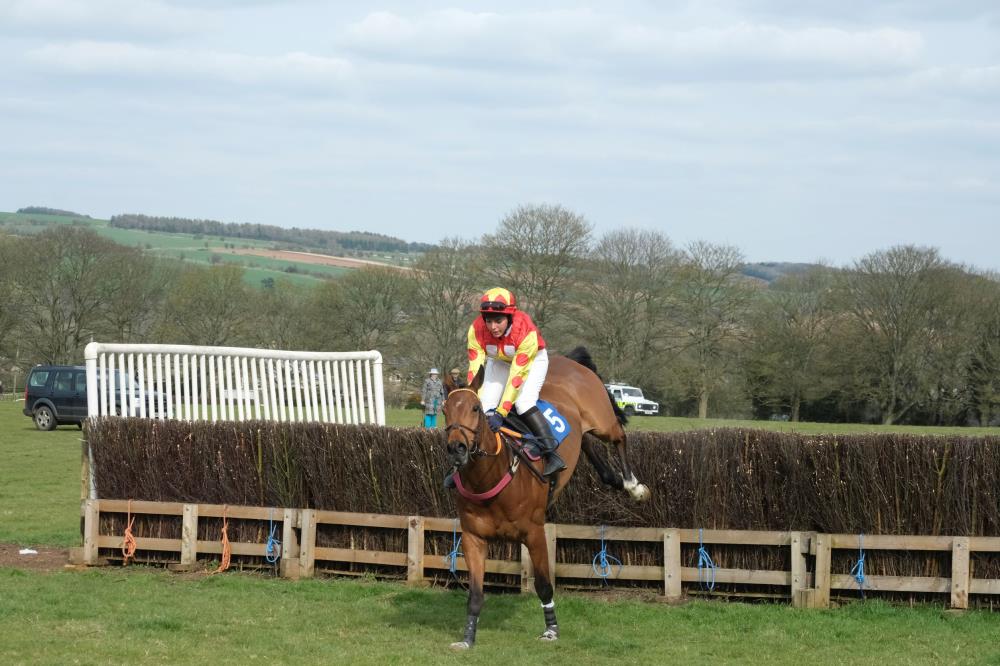 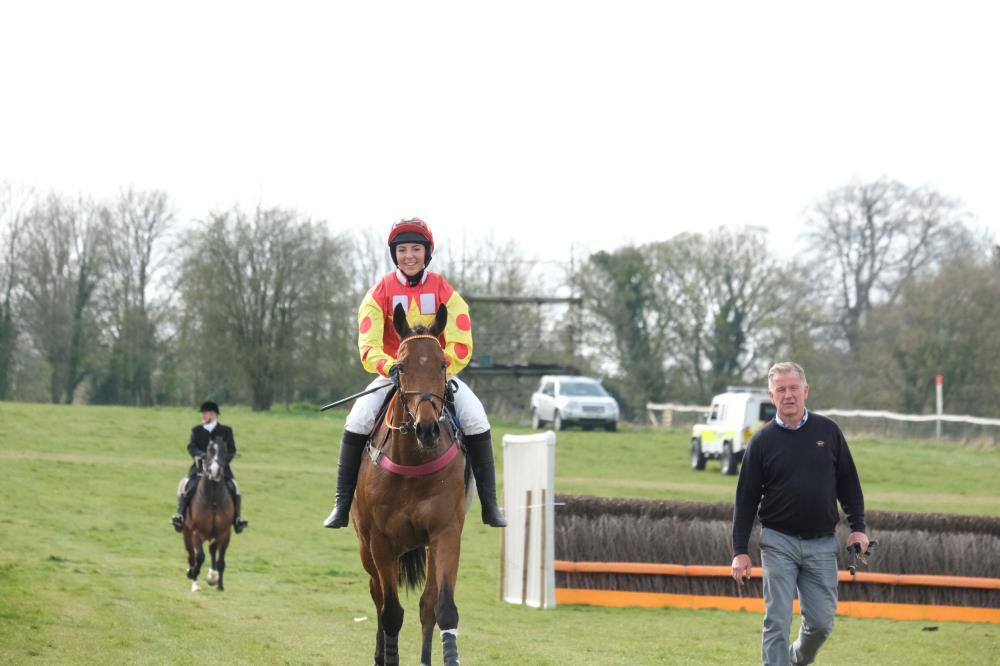 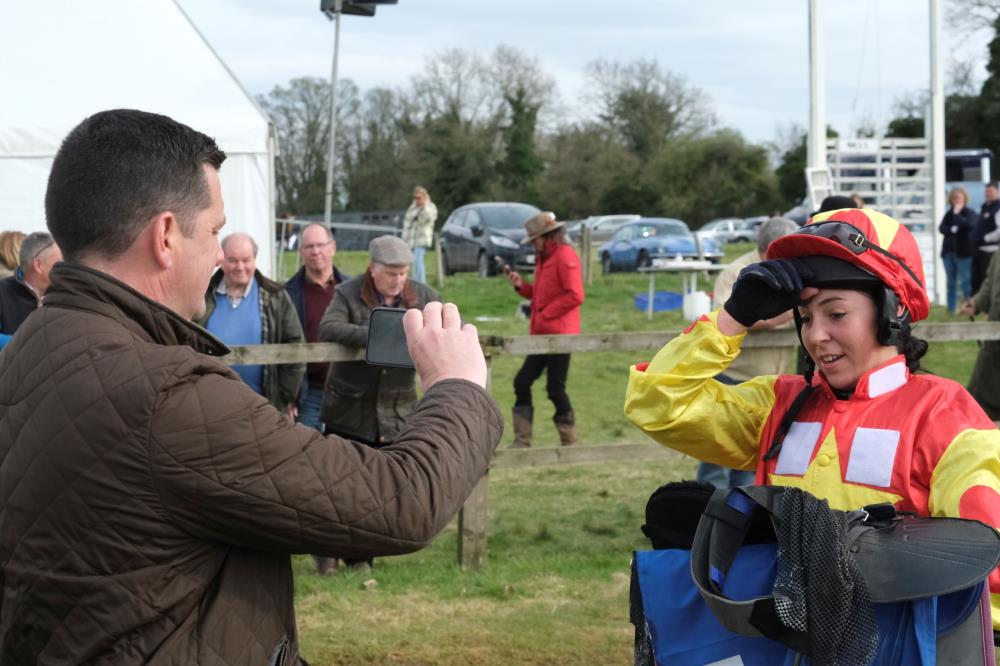 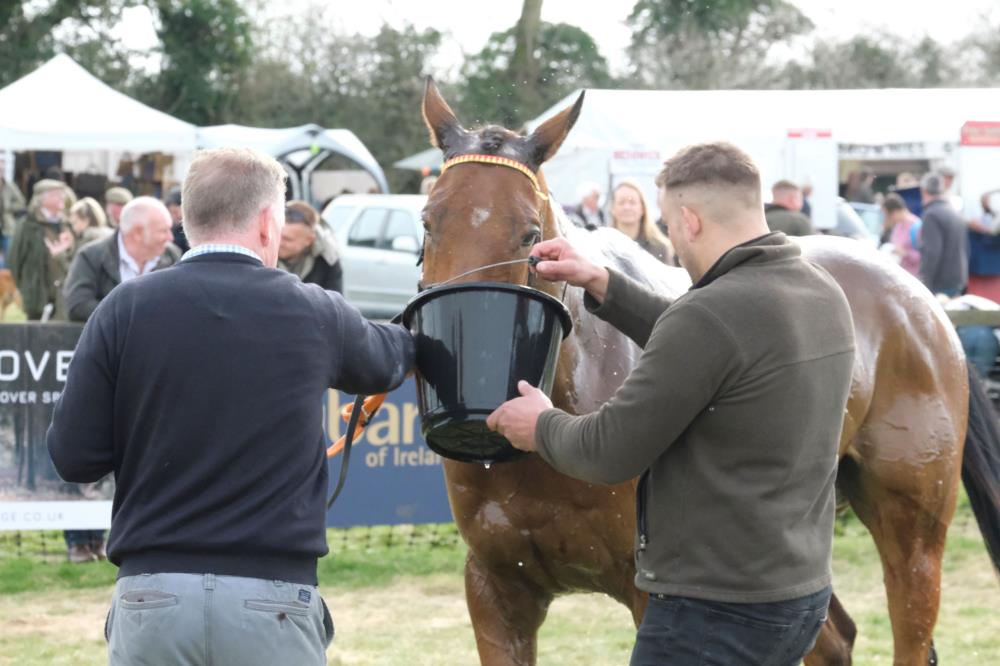 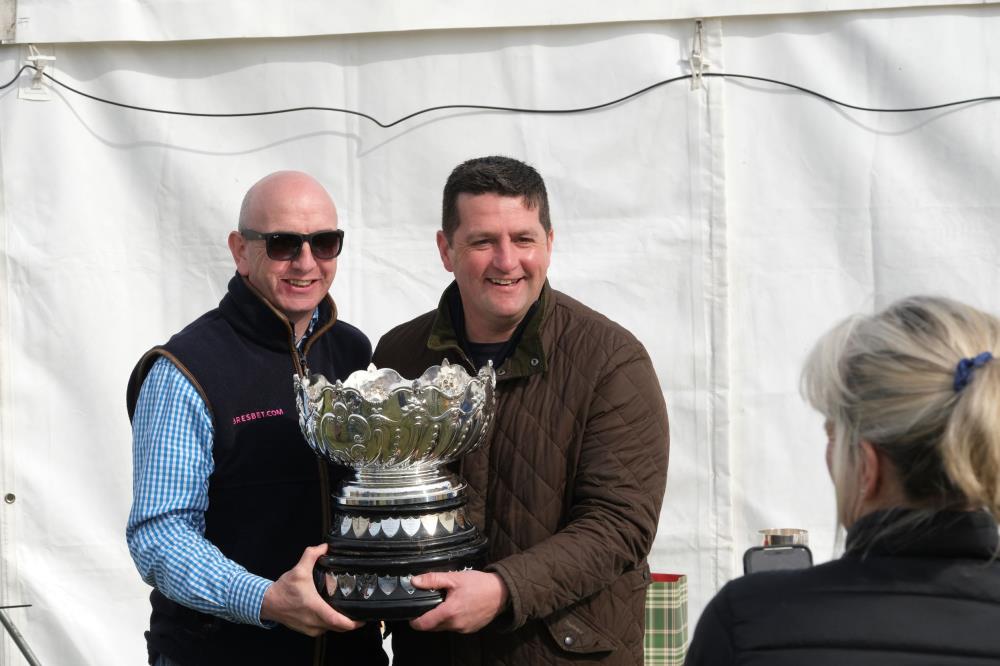 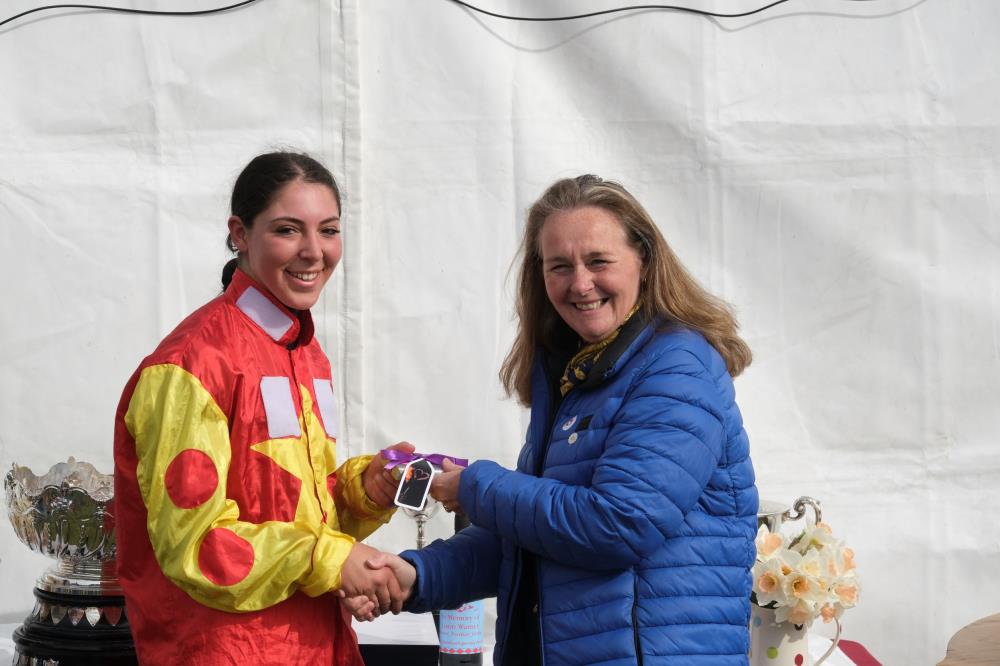 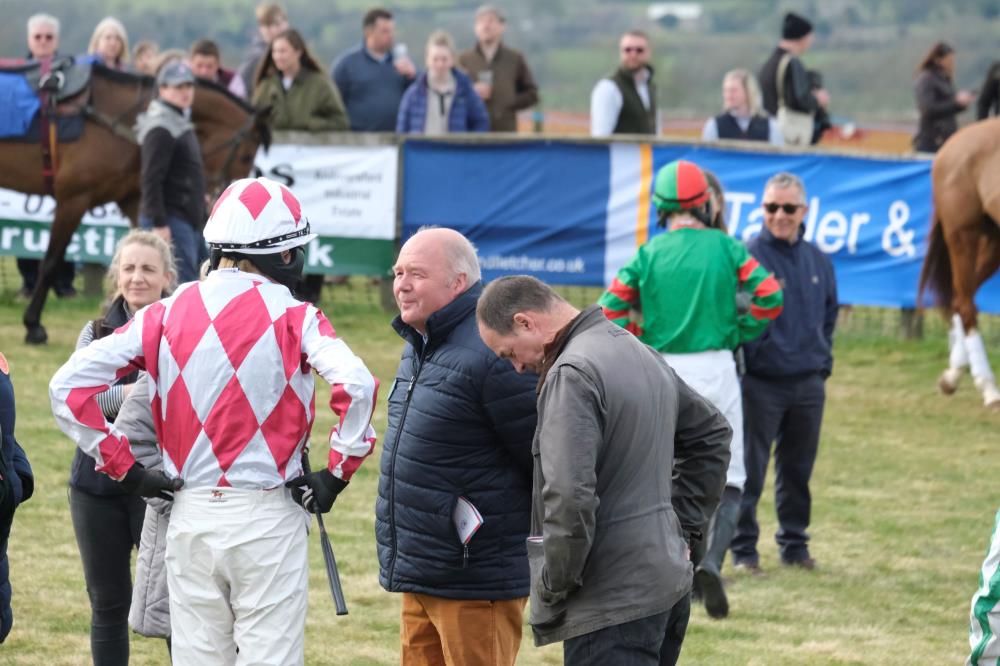 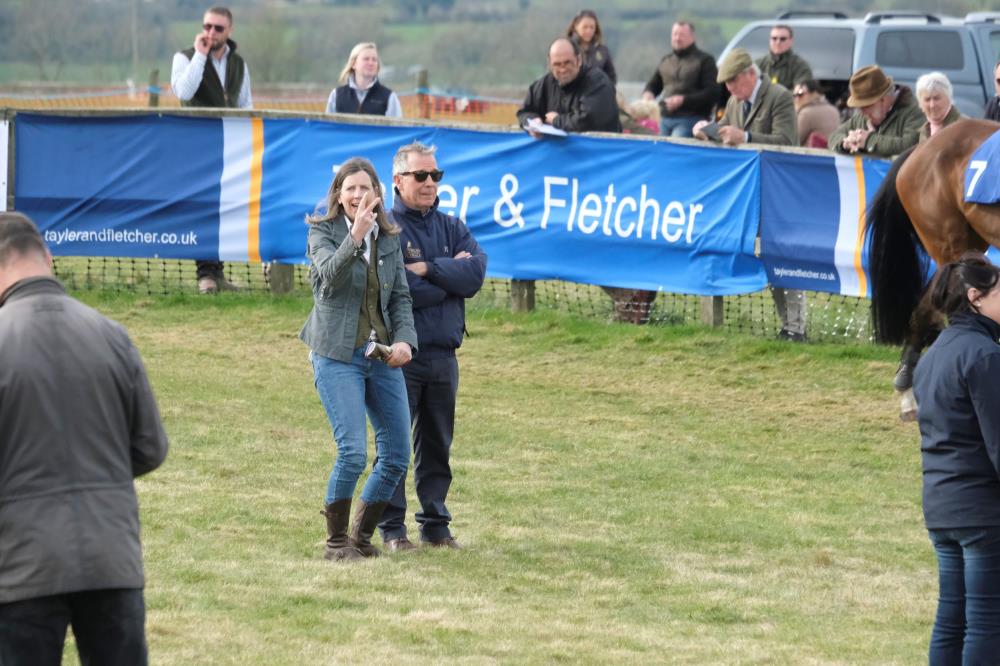 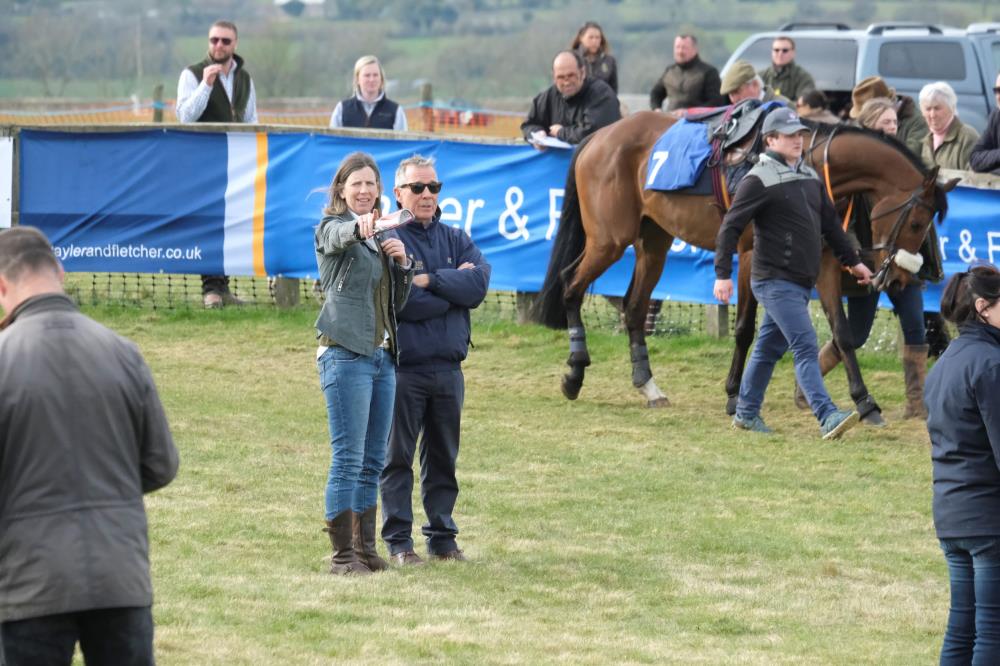 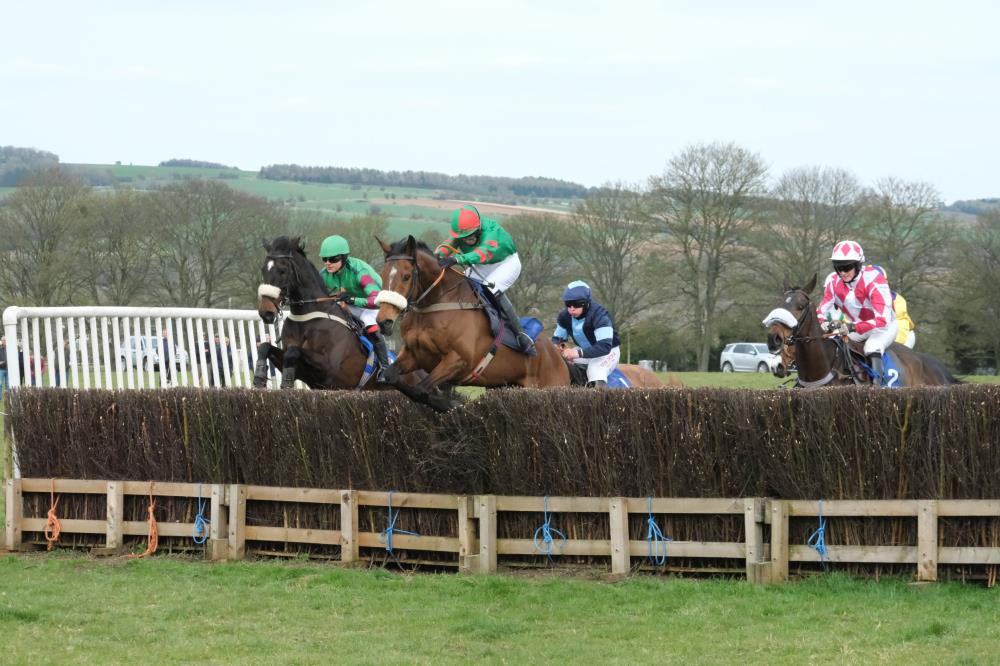 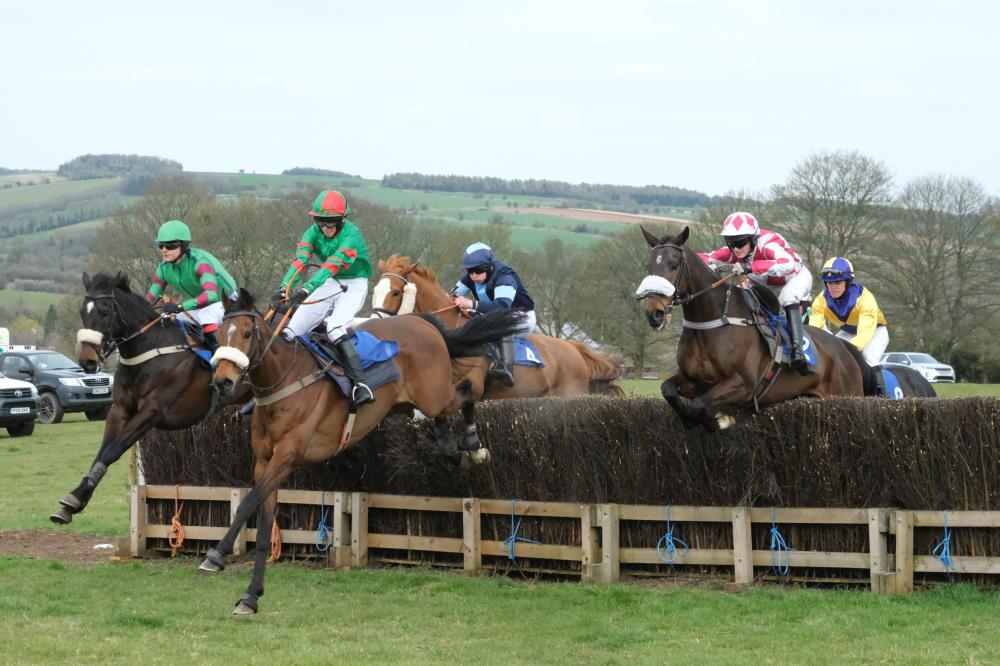 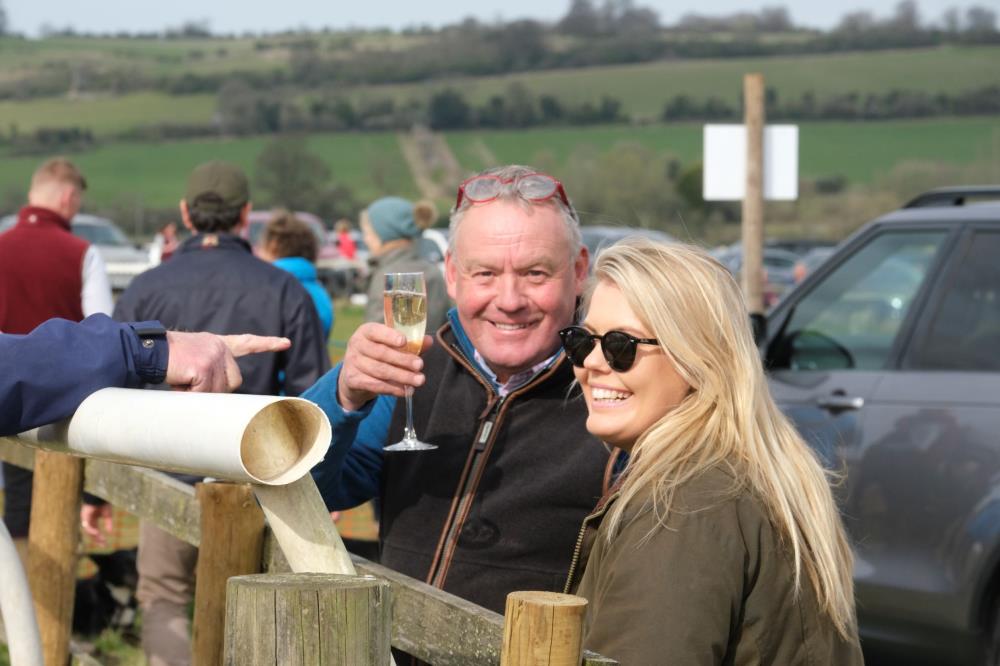