Plus 11 raining and listening to Blowers on TMS from India while driving in. I closed my eyes and thought of summer.

Yes you guessed it.. more abuse after Desaray ran so disappointingly at Doncaster..

My twitter feed from Scot Callander said 'I could not train your dog joke of a run by Desaray,' while others agreed. Then Thomas Walsh emailed to say 'there’s a virus in the yard only one benefiting is the bookie's signed 'Tbone'.. not sure if he is a vet and equally not sure why he likes to be called 'Tbone.'

Anyway yes it was disappointing after his good run at Warwick when second to the impressive Midnight Maestro.

The form was hardly franked as we ran badly and then Midnight Maestro finished tailed off last at Cheltenham in the last race yesterday.

It is hard enough finishing second, but there is usually a reason why horses run badly. Anyway thanks for all the help and advice from those I don't know.

My mood hardly improved by the time I made it home after failing to buy a horse at last nights Tattersall’s Cheltenham sales.

Saturday morning and the last Cheltenham meeting of 2016.

This is always Cheltenham’s quietest meeting.. too close to Christmas.. I recall winning todays big race with Kings Fountain (it was called the AF Budge chase in those days) and having spent the night with his owners in London the night before.. I changed out of my dinner jacket in the weighing room before racing.. Yes those were the days! And yes those owners knew how to celebrate..

Good to see Sophie Steel riding out two lots this morning.. adding a bit of glamour to the morning. Leannah Stokos and Christopher Noble were here for breakfast as booked through CD Tours.

We have one runner today and one tomorrow. Blazon and Henry Morshead in the first at Lingfield today while tomorrow Rocky’s Treasure runs at Southwell.. For my thoughts please click here.

Here is ‘Leighs Blog’ from yesterday..

''Doncaster on a Friday... luckily we had a good run there and back, it's no fun sitting in Friday night traffic after a long day at the races!

The stable yard at Doncaster is a lovely spacious place, large stables and wash down boxes and plenty of space to walk them off. The amount of bedding they put on each stable would probably be enough for about five other racecourses!! The horses love it and always have a good roll, and I have to warn the lads not to put anything down in the stable as we would never find it again!

The canteen is large, with a big television showing the racing, and well priced good food, filling beef pie and veg or scampi and chips (handy for eating on the way home!) the Accommodation is very good too, large rooms with en-suite bathrooms, similar to a travel lodge, which is good when you just want to relax after a long days travelling.

Lingfield today, hopefully the dreaded M25 should be flowing well on a Saturday, and Southwell tomorrow.''

Have a great weekend.. Happy Birthday to Nicky Henderson.. he does look young..

A little old man shuffled slowly into an ice cream parlour and pulled himself slowly, painfully, up onto a stool... After catching his breath, he ordered a banana split. 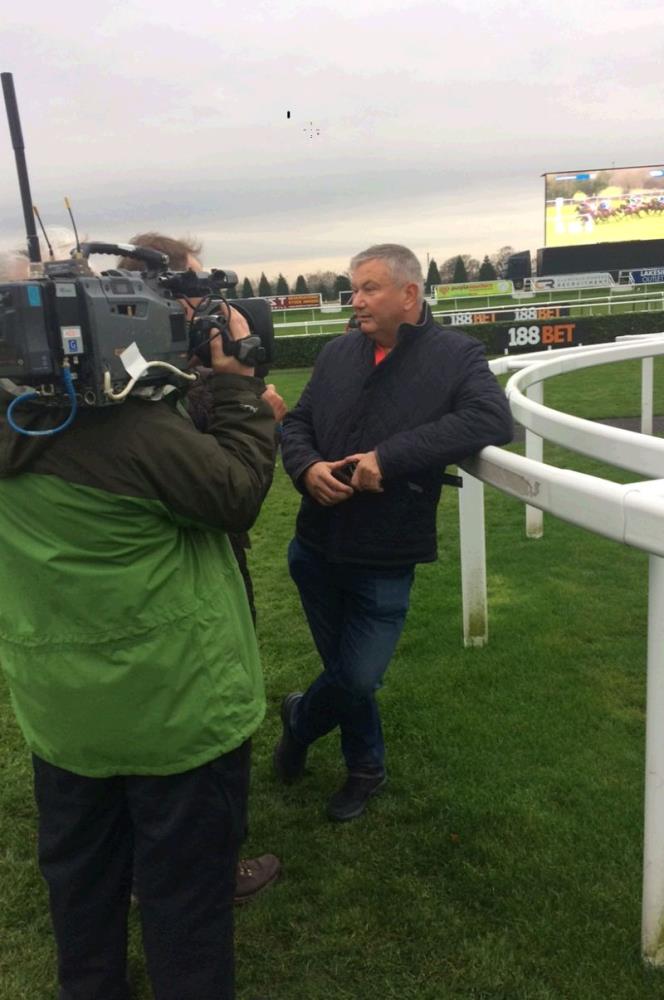 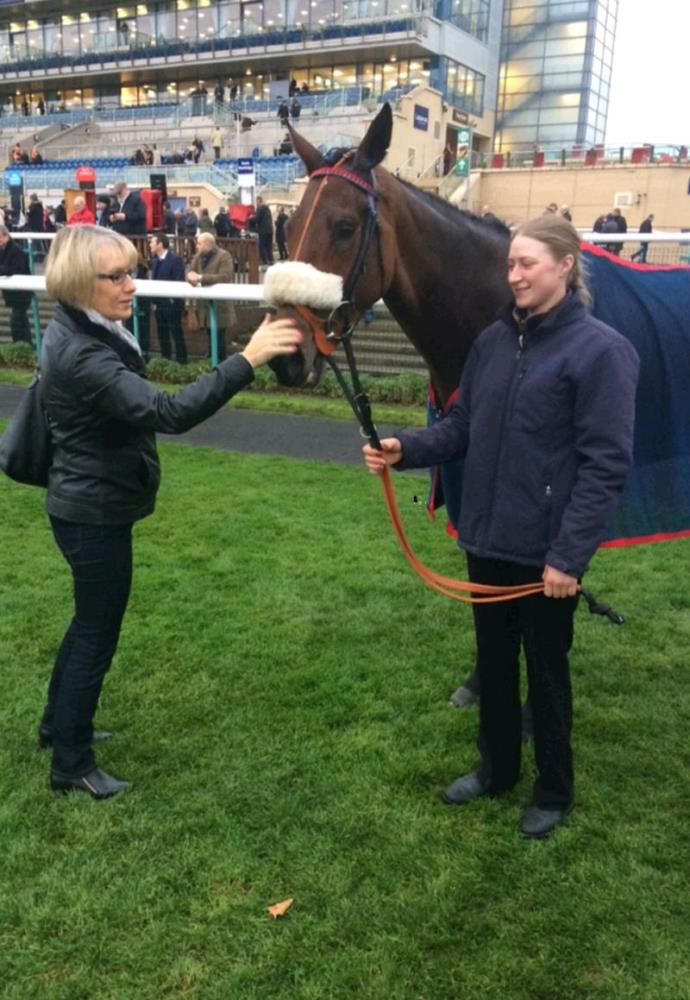 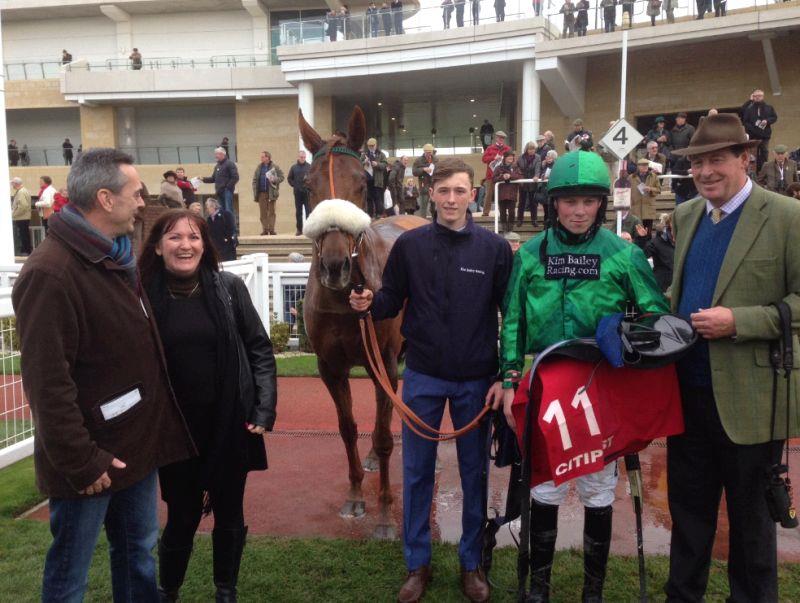 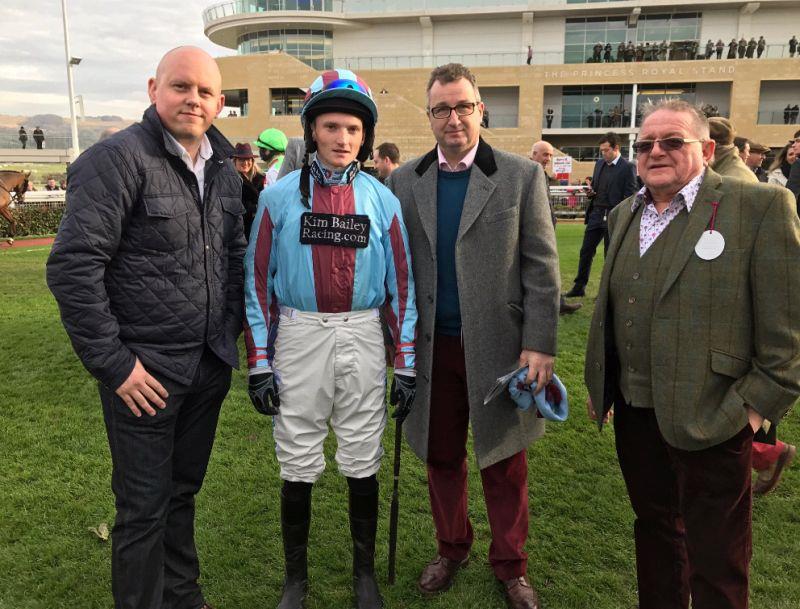 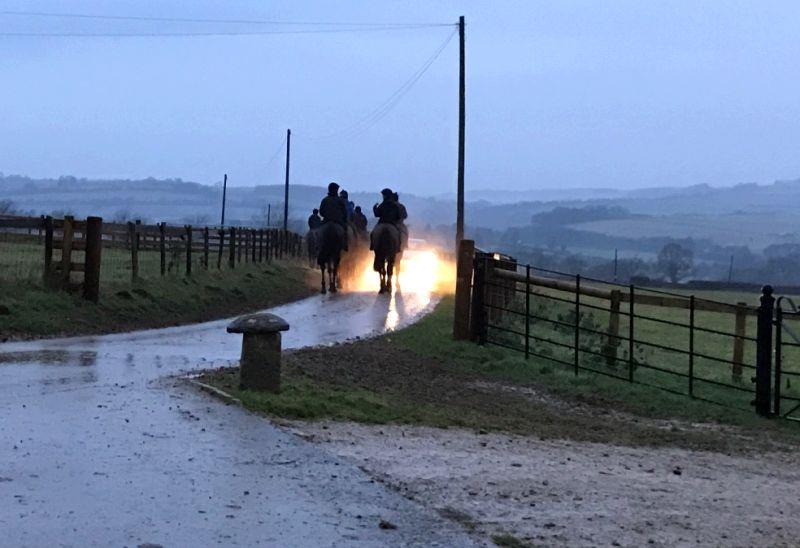 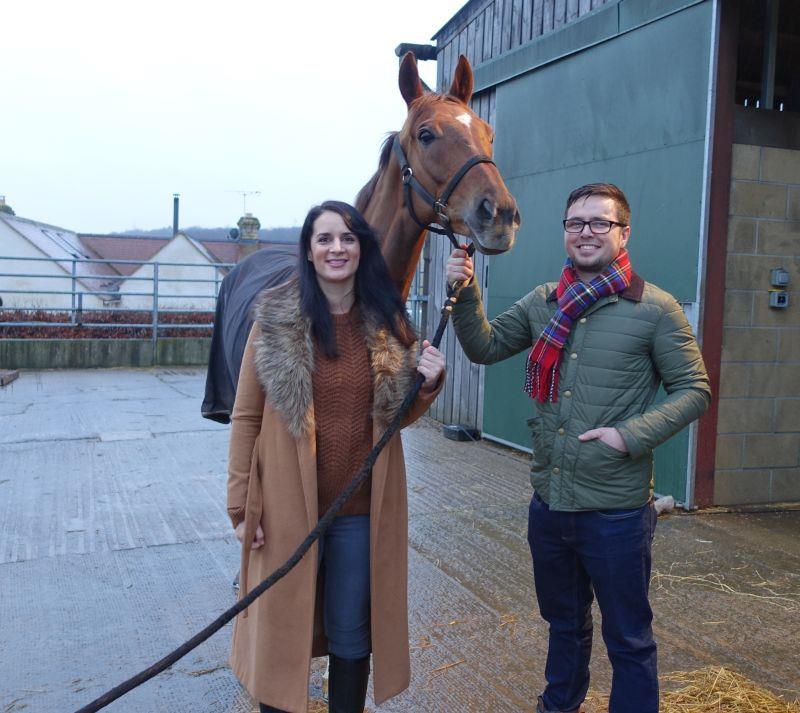 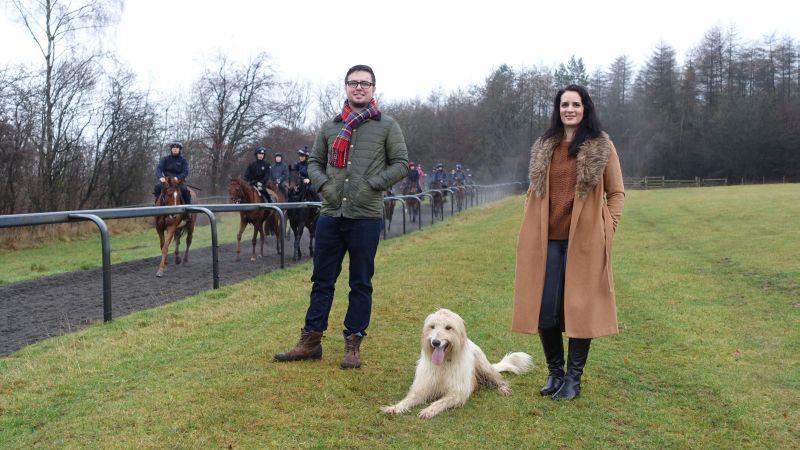 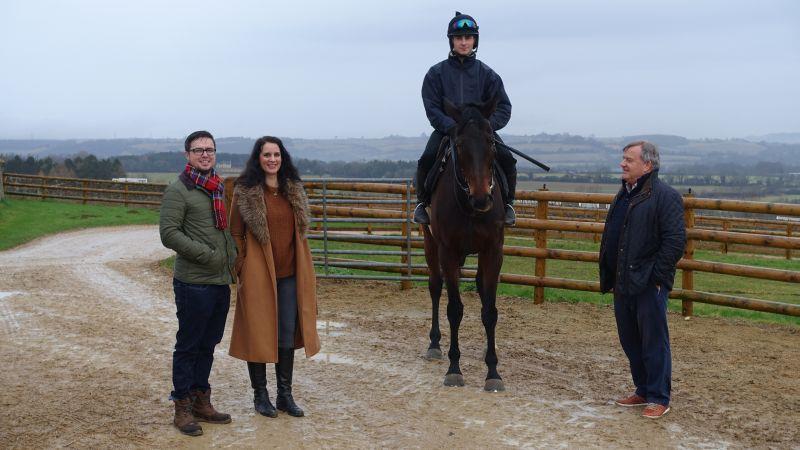 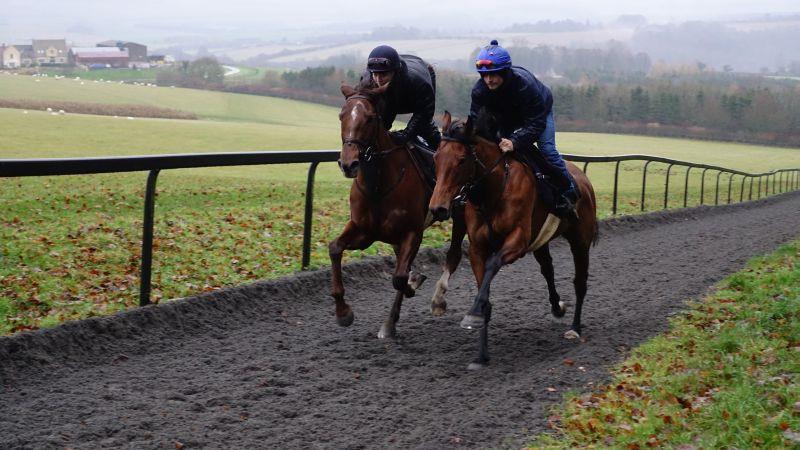 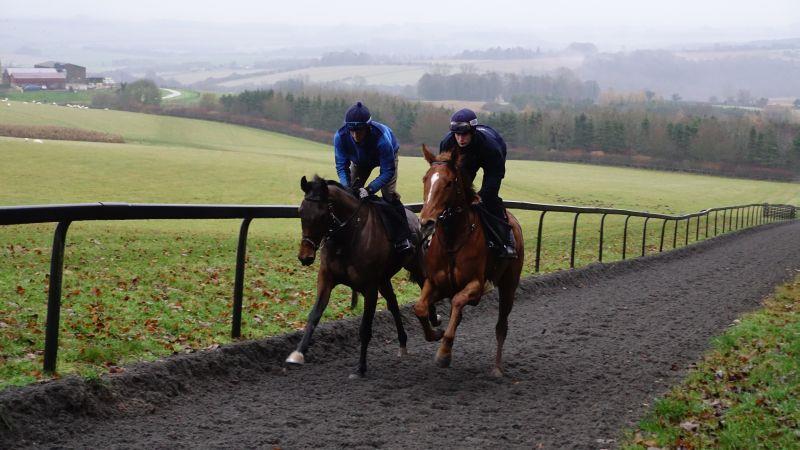 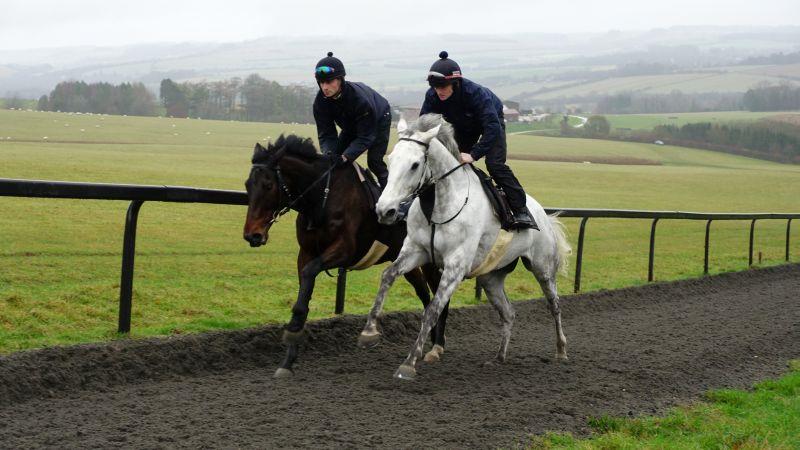 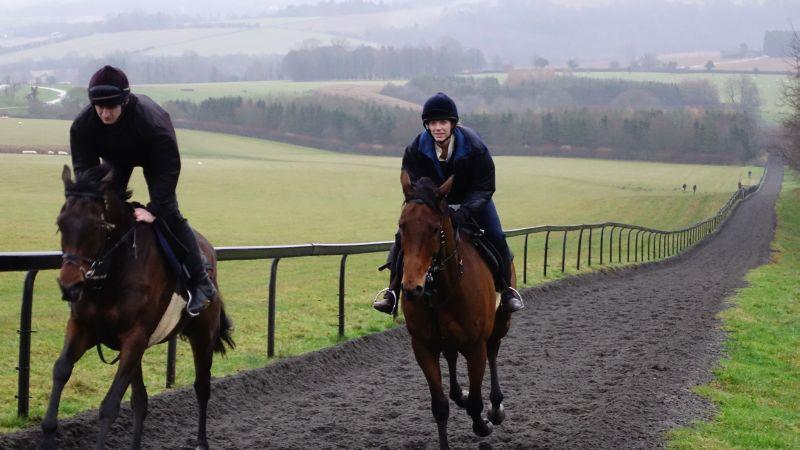