Second with Thruthelookinglass at Exeter.. Can you imagine what I said after…..?

Delighted for his owners and breeders Keith and Liz Ellis..(That is not what you expected me to say!)

Anyway a huge well done to Keith and Liz as they were keen to go down the breeding route when they retired Amazing d'Azy ..

Infact Keith asked Aiden Murphy and I to buy a mare who they could race and then breed from.. Hence Amazing d'Azy was bought at the Cheltenham sales..

I recall the story of Keith telling Liz that he was popping out for a while and then drove to Cheltenham to buy her. Keith drove home as if he had been out to the pub!

Thruthelookinglass, who is their first baby, ran well for a long way in his bumper a month ago at Exeter and frankly we were not sure how he would cope with the heavy ground and first time over hurdles yesterday..

He was green and showed that he was not sure what he was doing, but the penny dropped and he ran a blinder..

Yes I hate second, but to see Liz’s face after her horse finished second is why I do this job..

Liz was understandably over the moon and rightly so as breeding you own horse and seeing it run is a very exciting moment.. Although I have to mention that there was a moment I thought she might jump the rails and handbag the jockey who nearly brought her boy down at the first!!

I went to Exeter yesterday not really sure what to expect and I came home knowing that I had three sets of happy owners..

Voyburg struggled on the ground but tried and finished third. Voyburg had a huge turn out of owners who enjoyed their day, and as one said, if your horse is placed and competitive then that is half the battle..while Percy Veering at least looked more of a racehorse over hurdles..

'Hope' is why we do this racing game and all went home last night full of it..For once 'second' was just about acceptable!!

Wednesday morning and David Bass, Ciaran Gethings and Harrison Beswick were in to ride out..

Joe Goldring and Caitlin was here third lot to see his KBRS horse Firth Of Gold.

We have just the one runner today at Leicester.. Shanacoole Prince heads there and for my thoughts please click here.

A date for your diary.. Cocklebarrow Races are to held next Sunday January 23rd..

In the old days it was called the Heythrop Point to Point, but woke means it is now a day at the races in the countrtyside and a very good one too..

Sadly it looks like I will be missing one of my favourite days out as , all being well, I will heading to 'unleafy' Lingfield for the huge weekend of jump racing..The Winter Million Festival..

Poster found in French church (translated):
"By entering this church it may be possible that you hear "the call of God". However,it is unlikely that He will call you on your mobile. Thank you for turning off your phones.
If you want to talk to God, enter, choose a quiet place and talk to Him.
If you want to see Him, send Him a text while driving.' 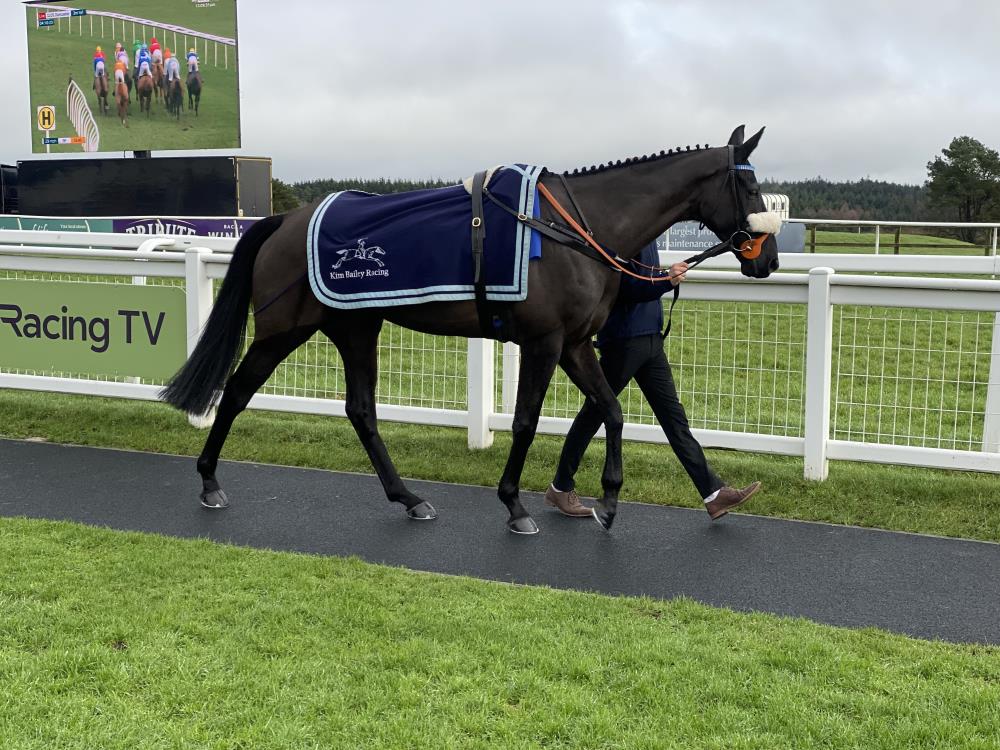 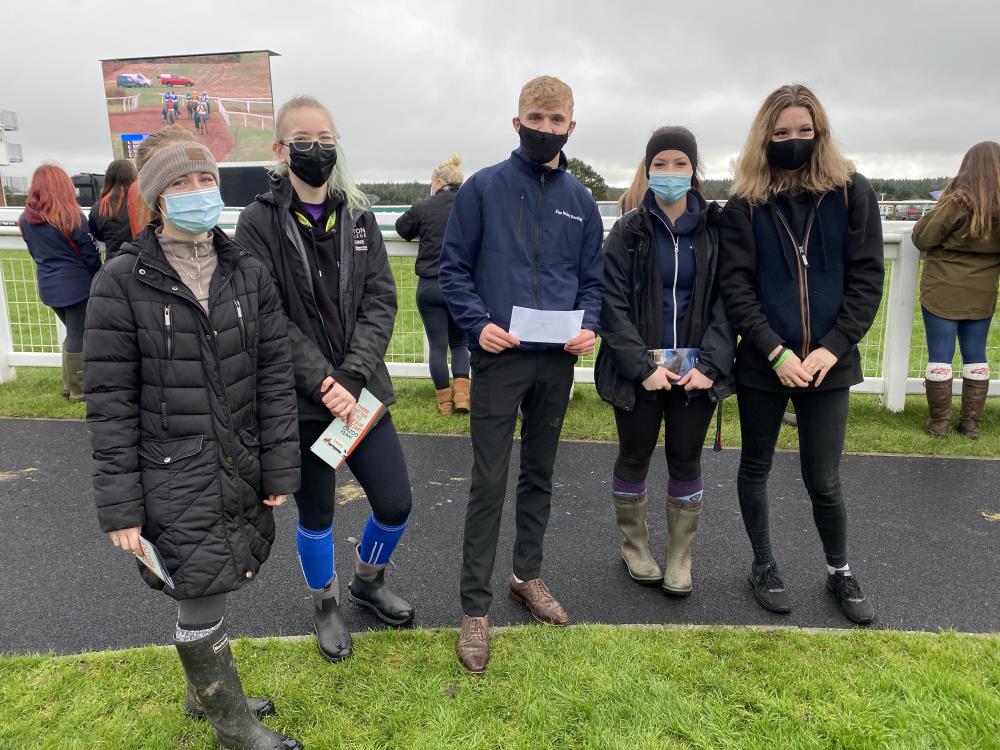 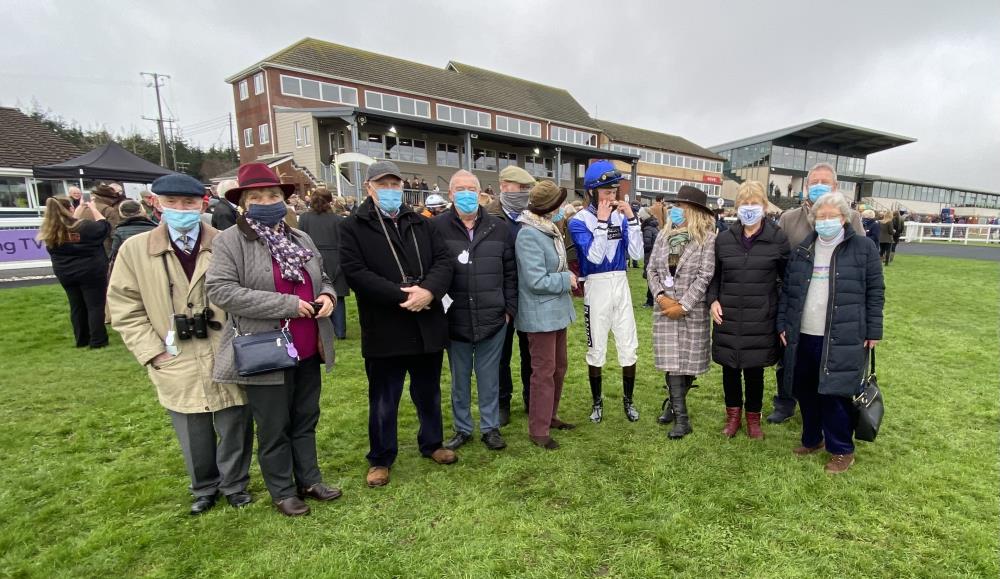 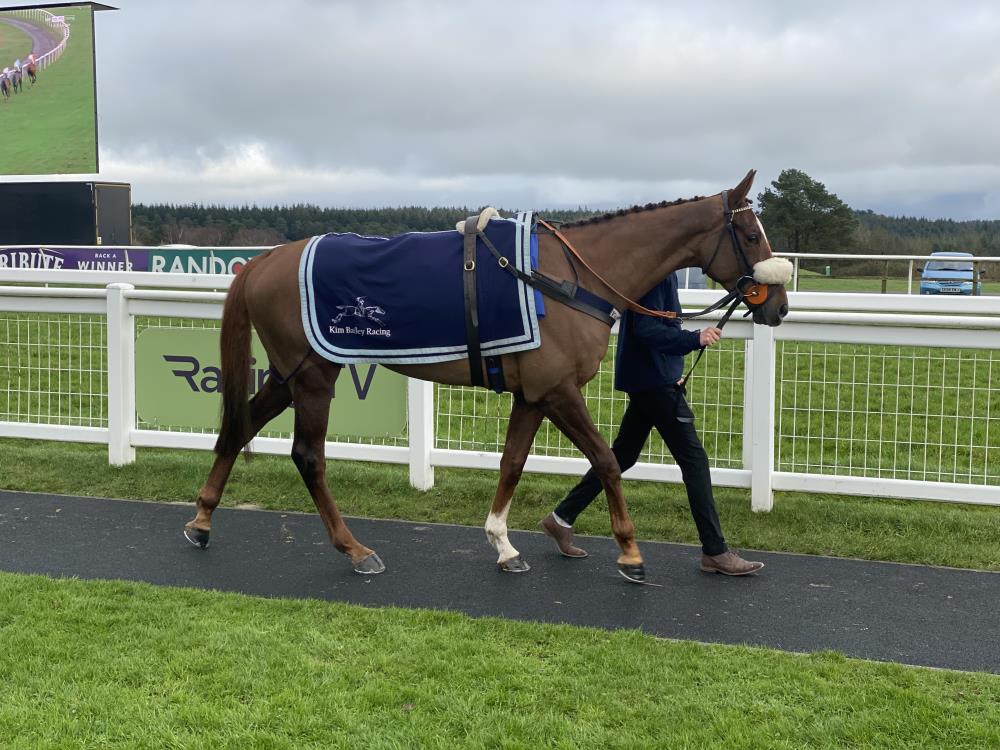 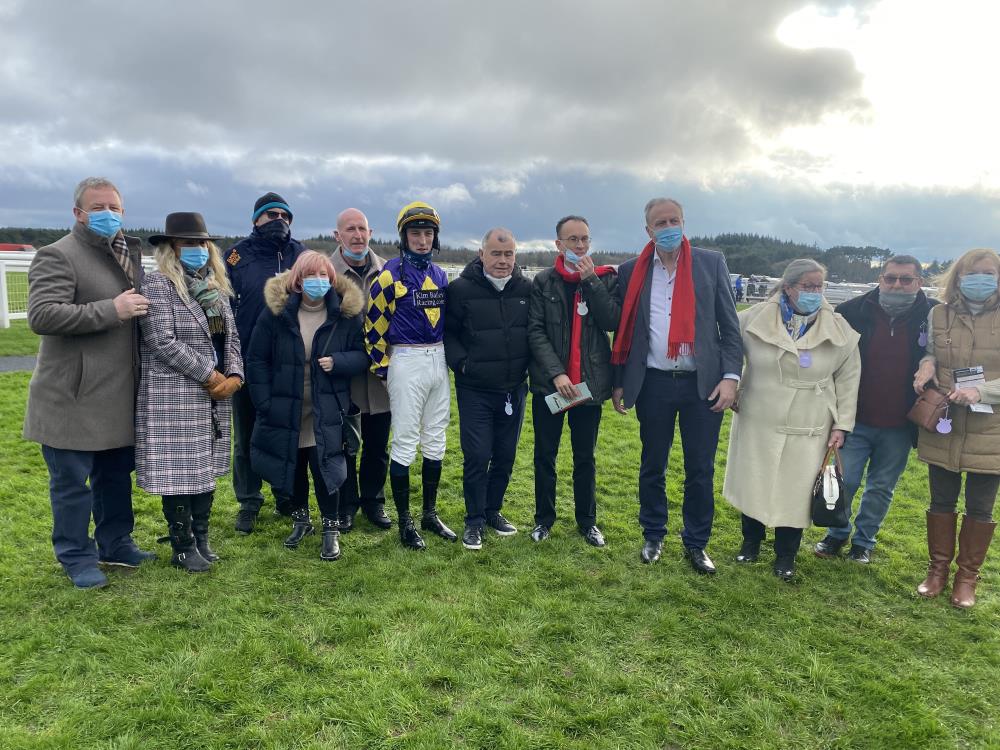 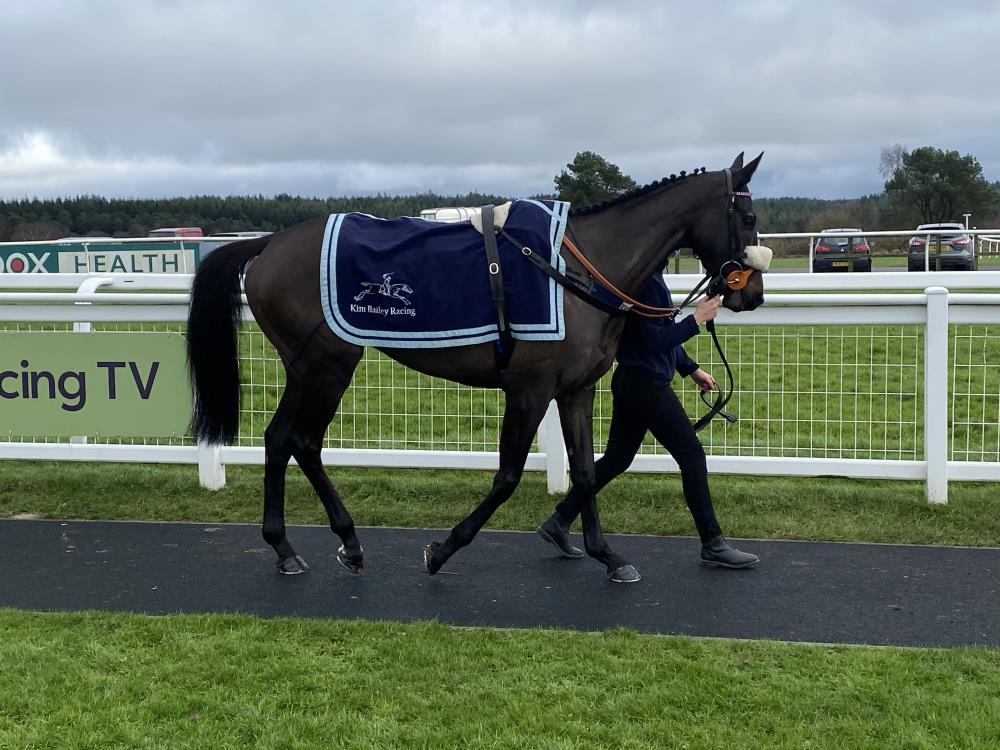 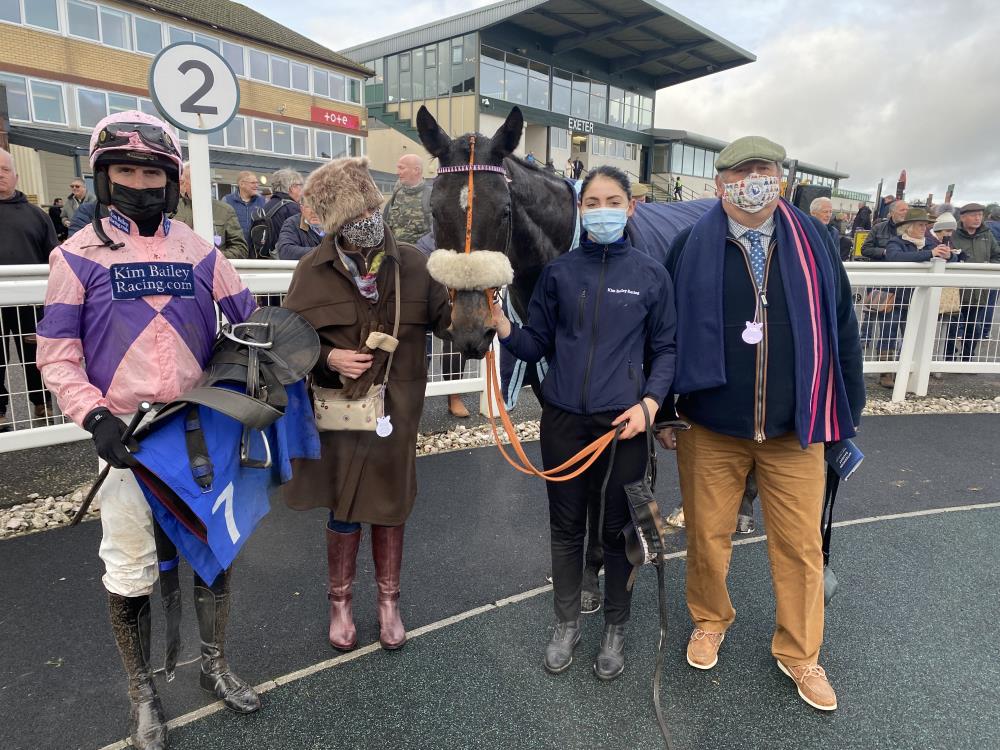 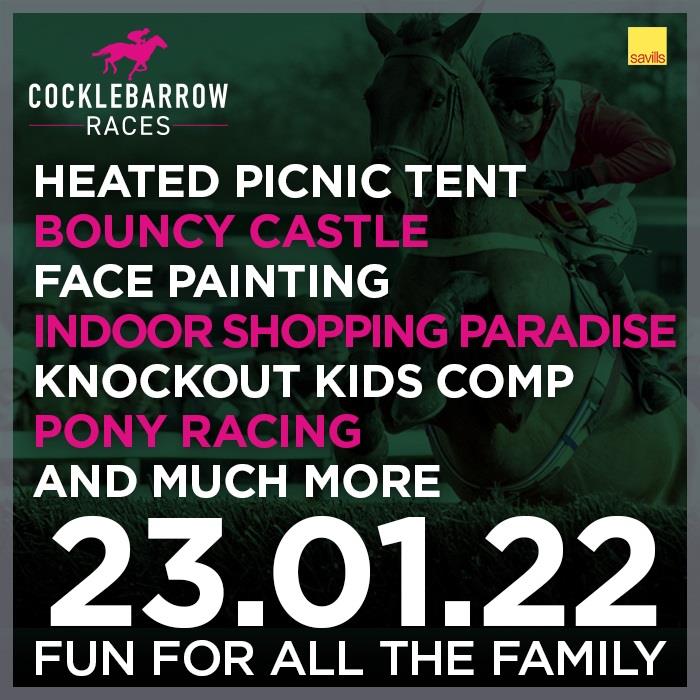 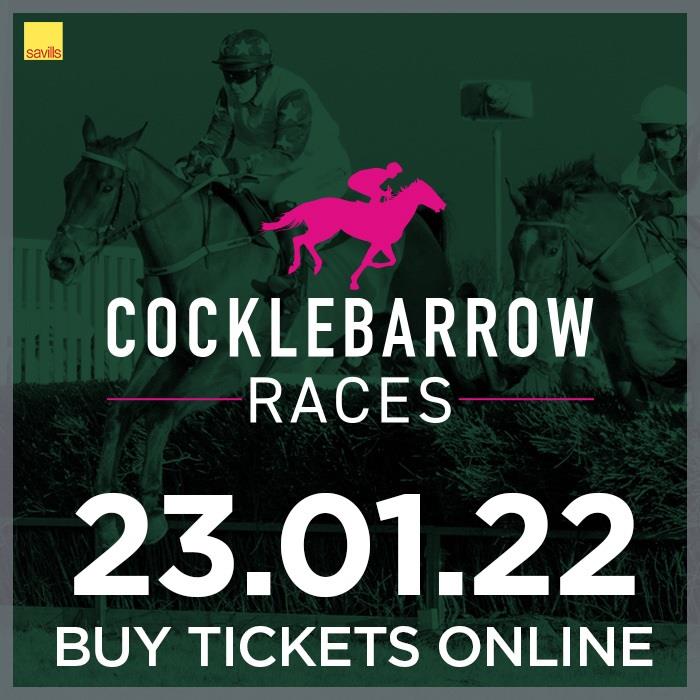 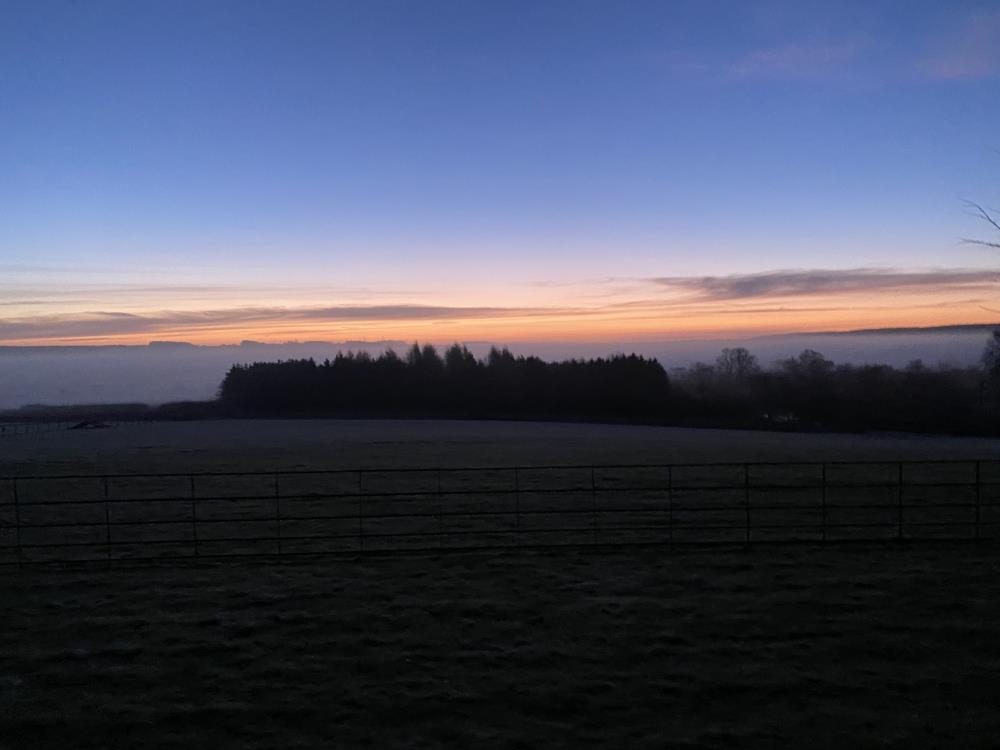 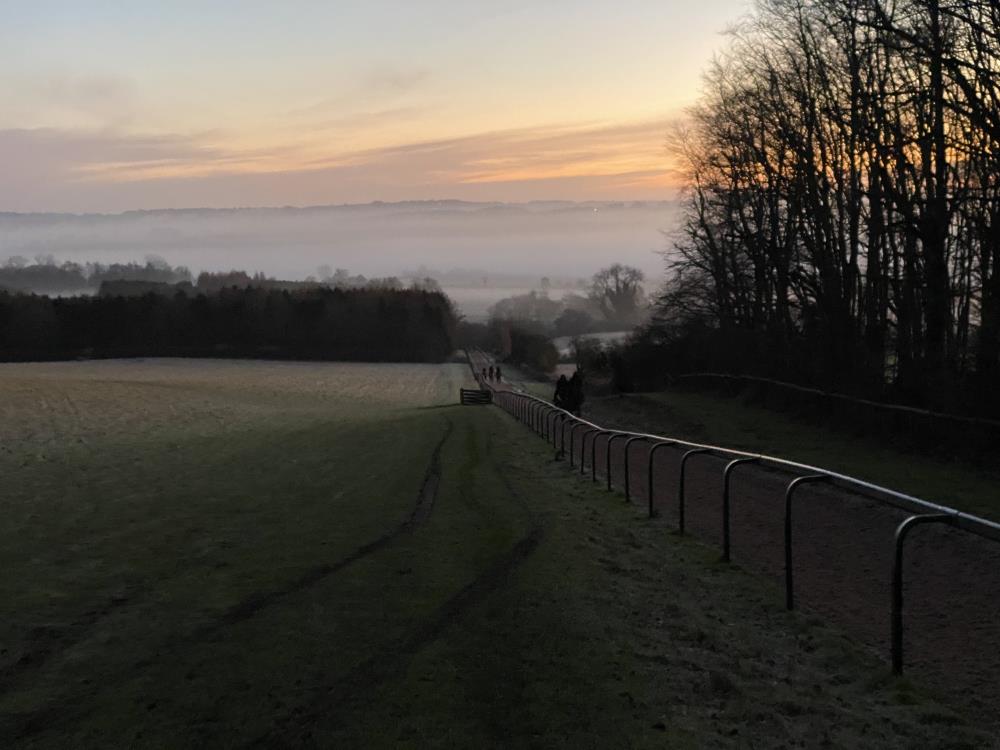 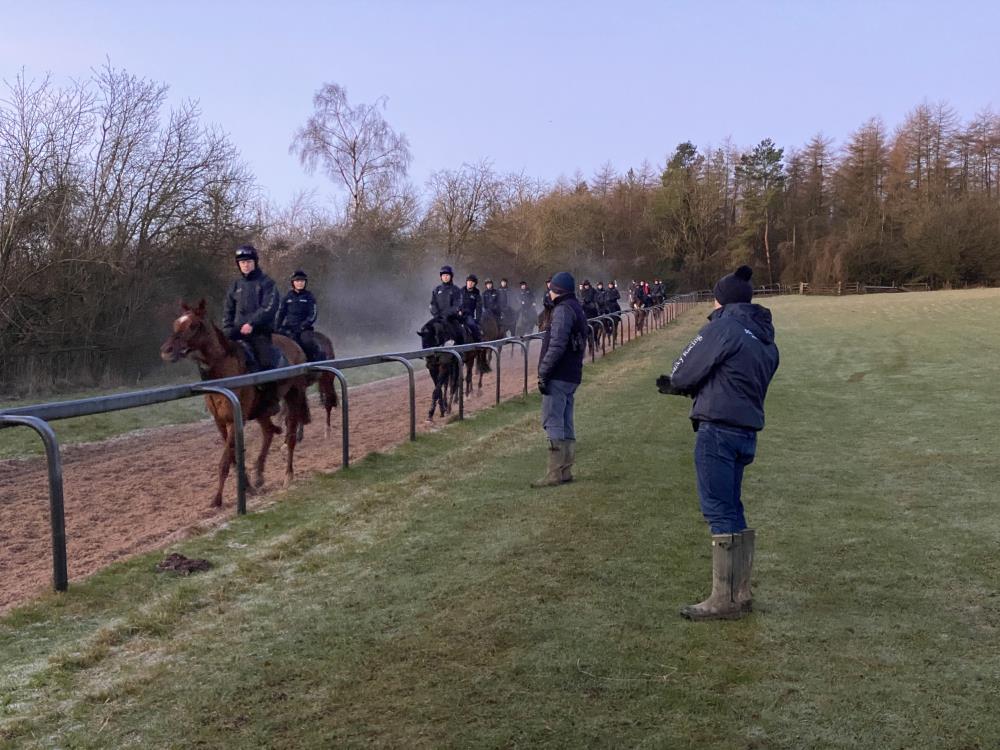 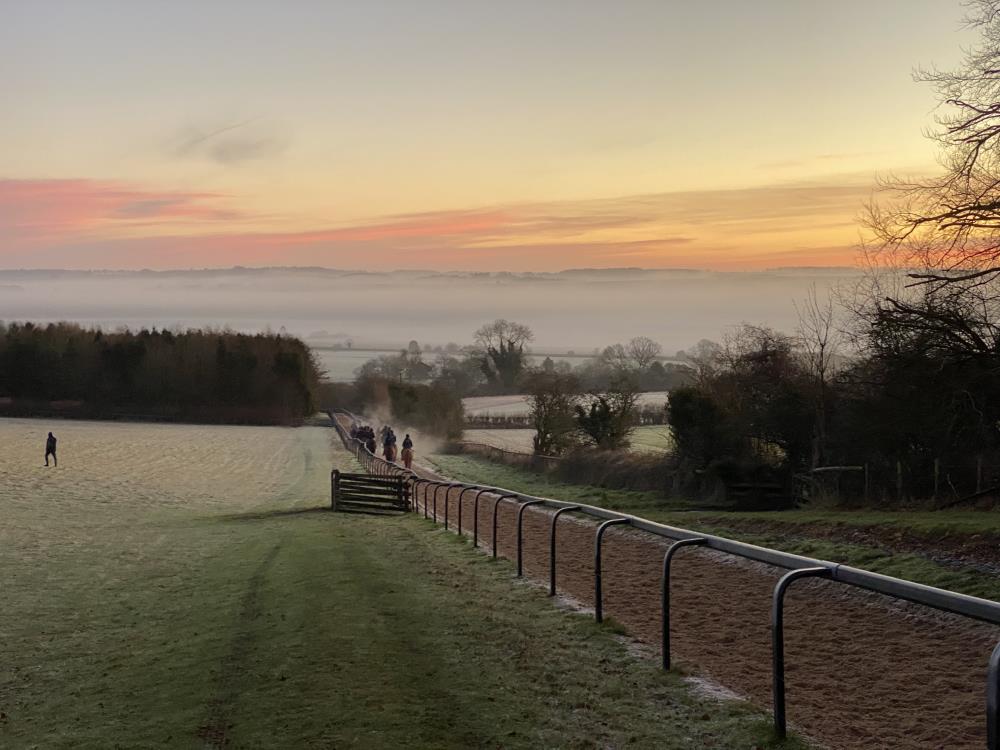 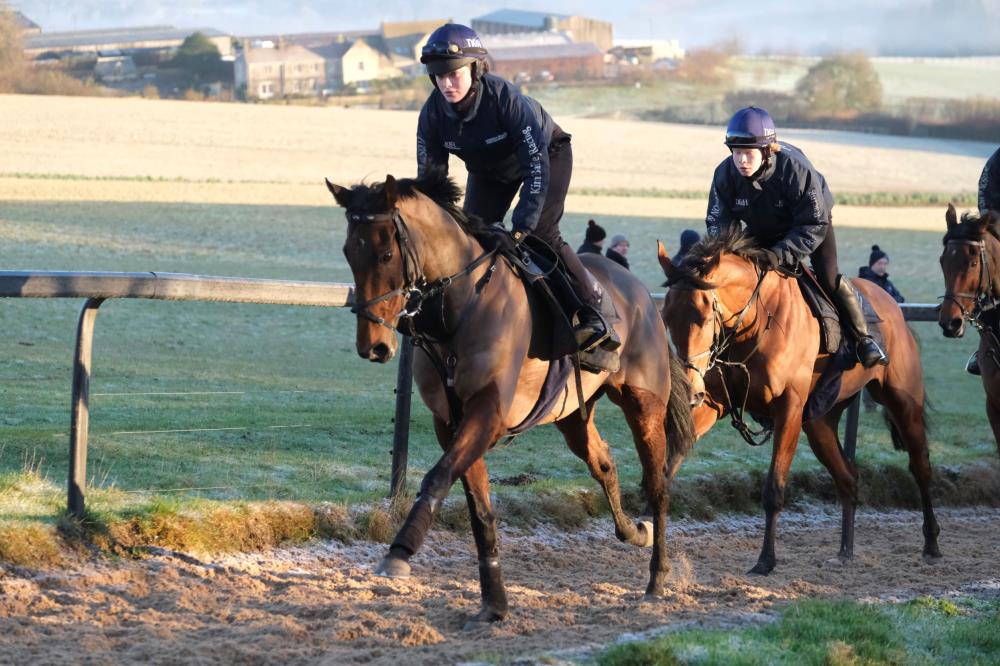 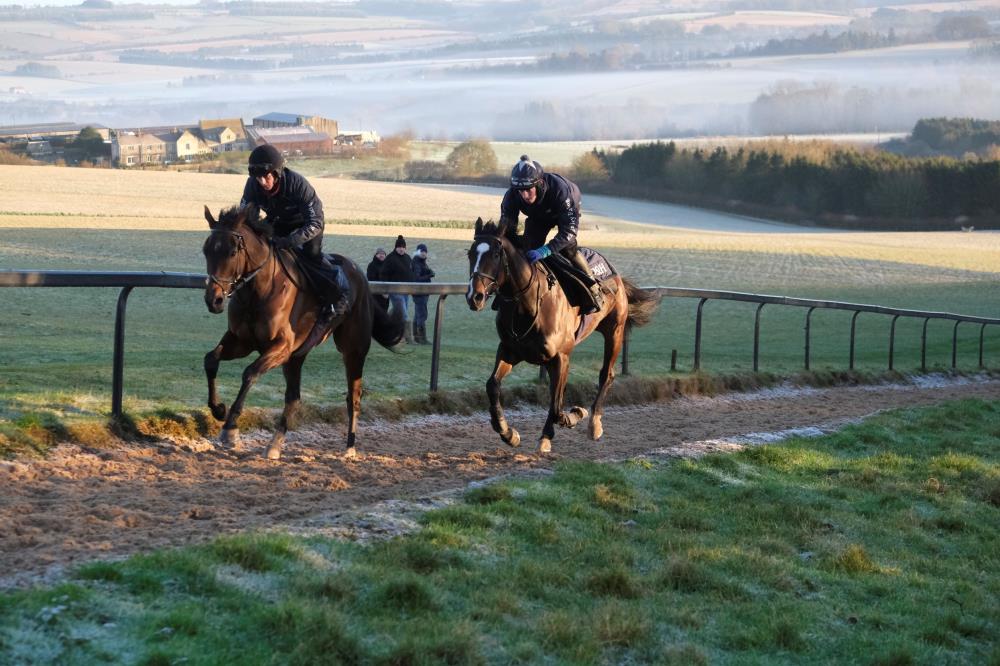 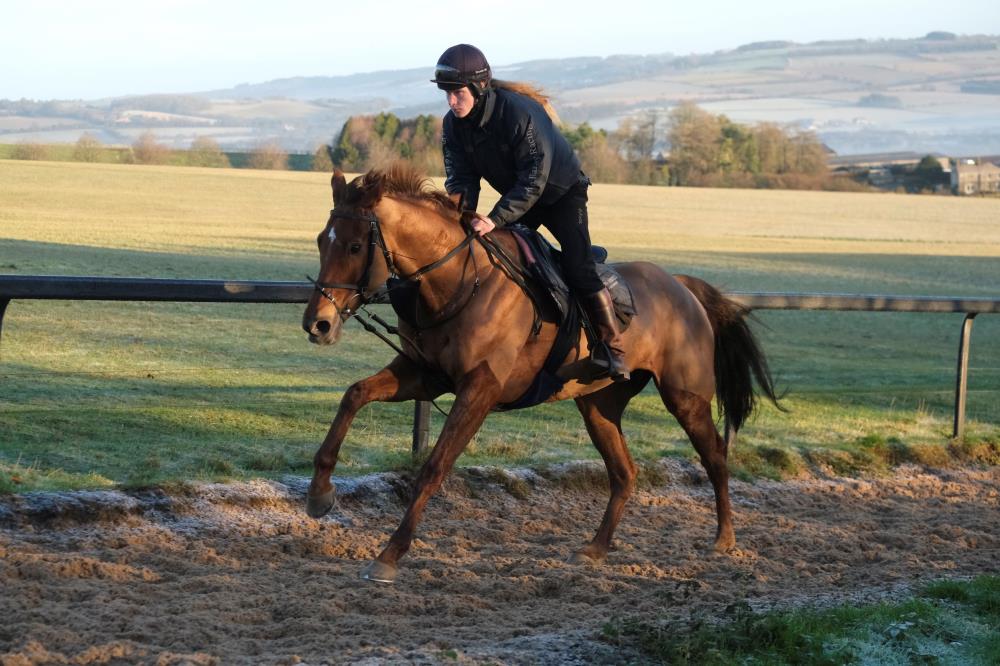 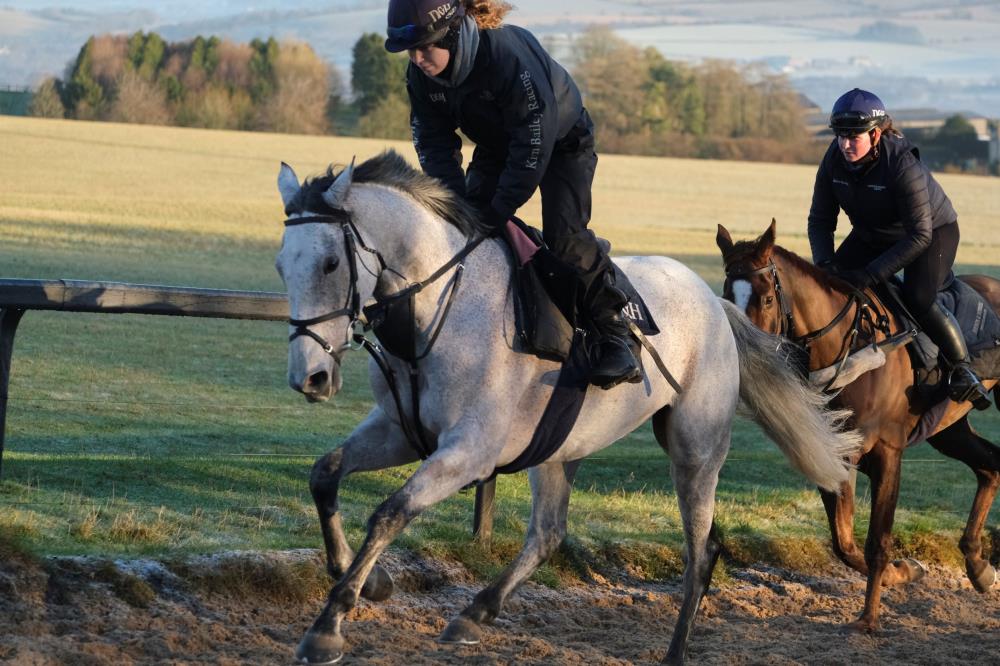 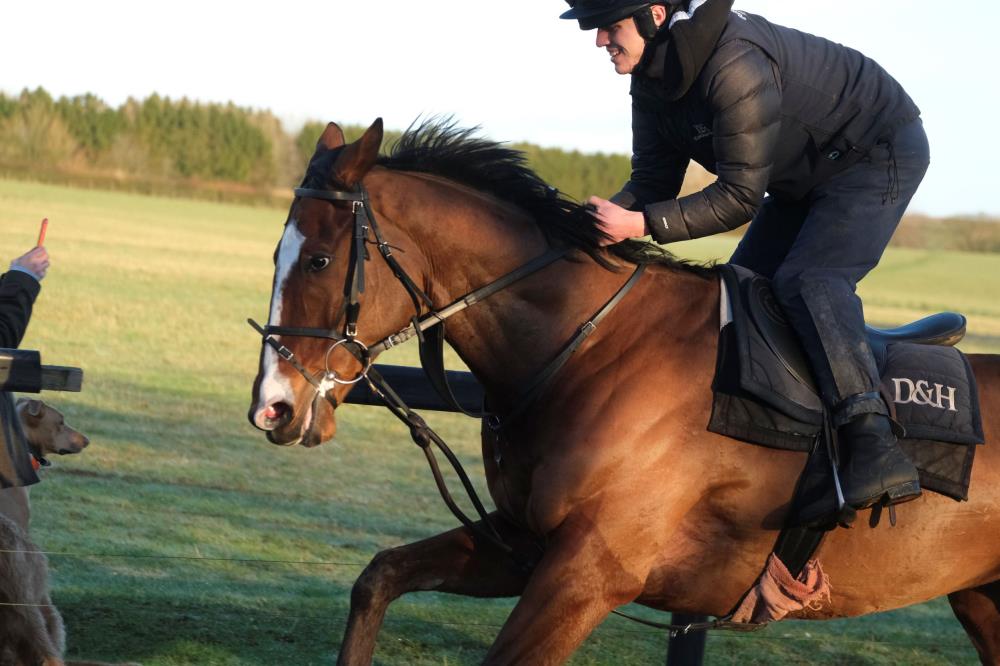 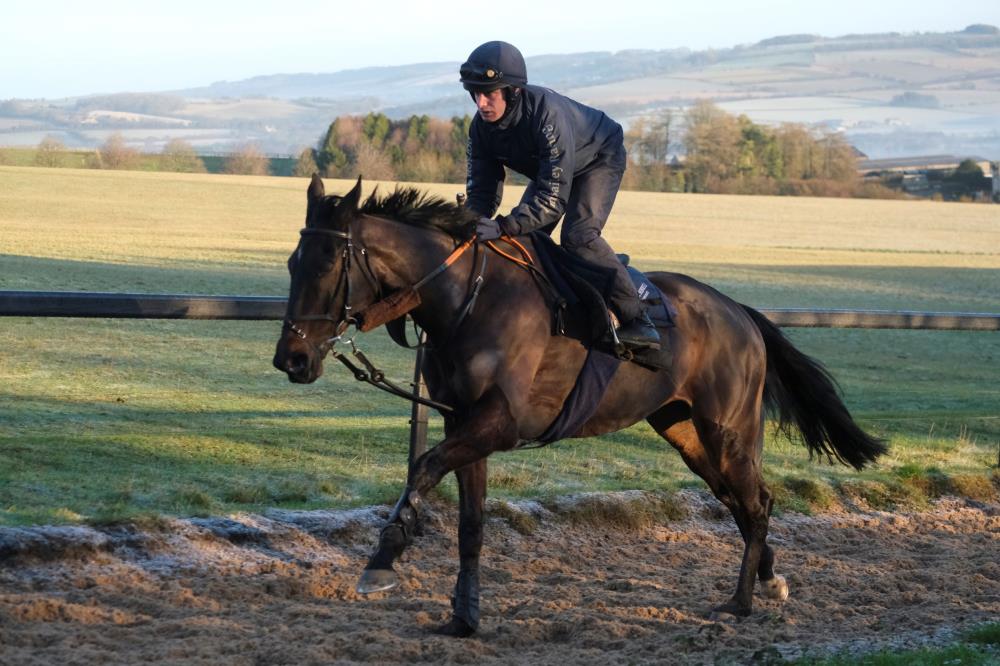 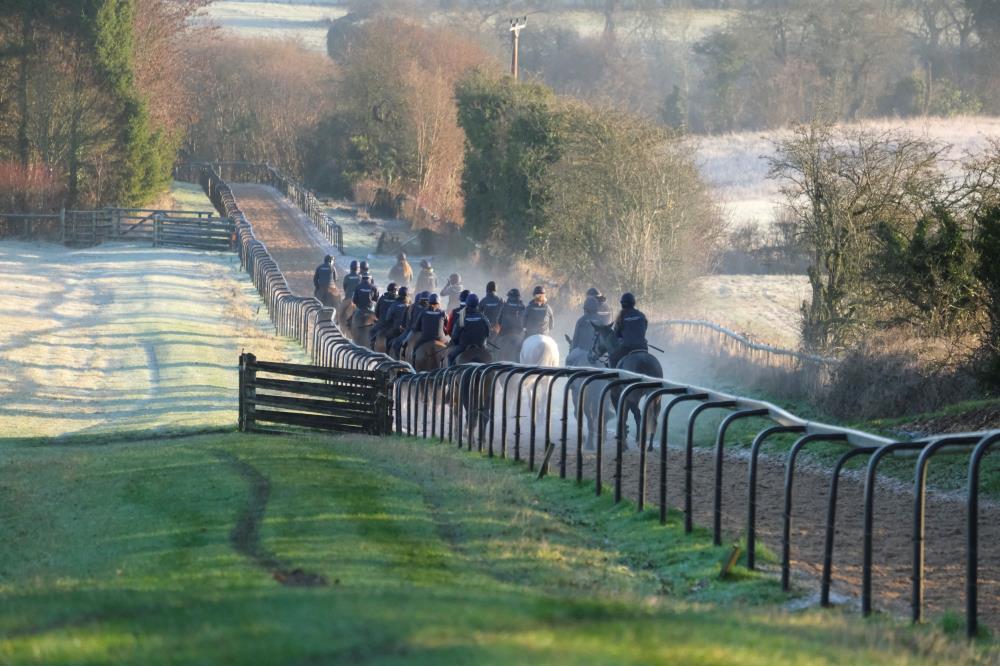 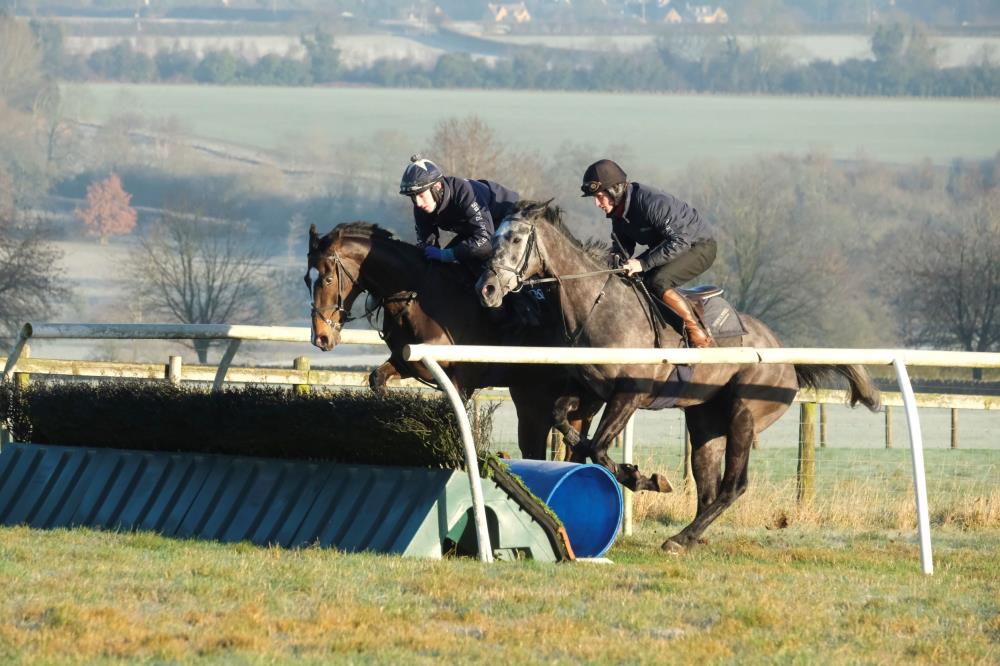 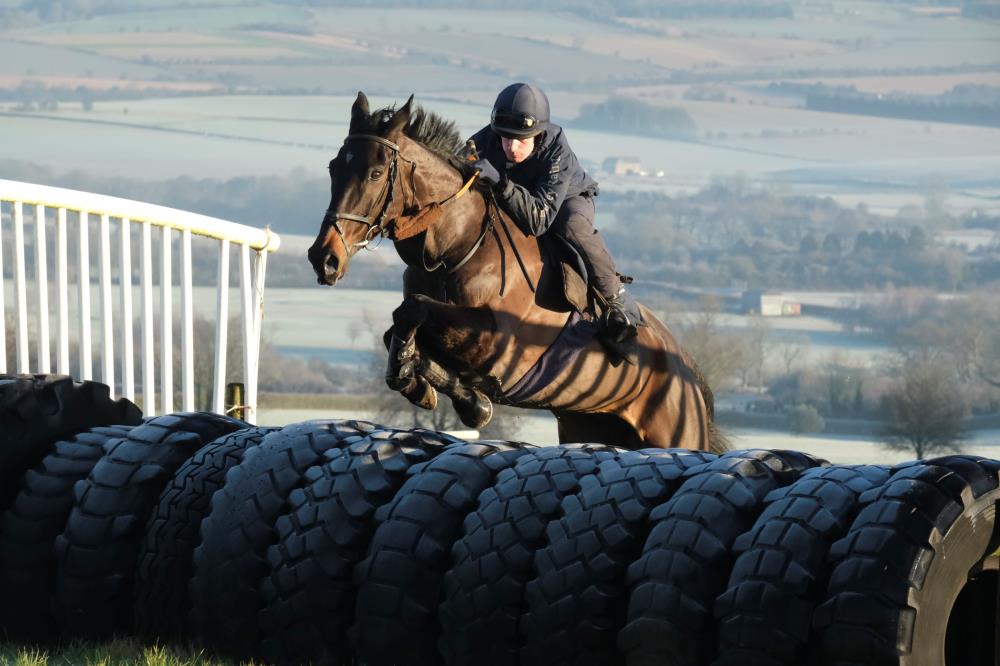 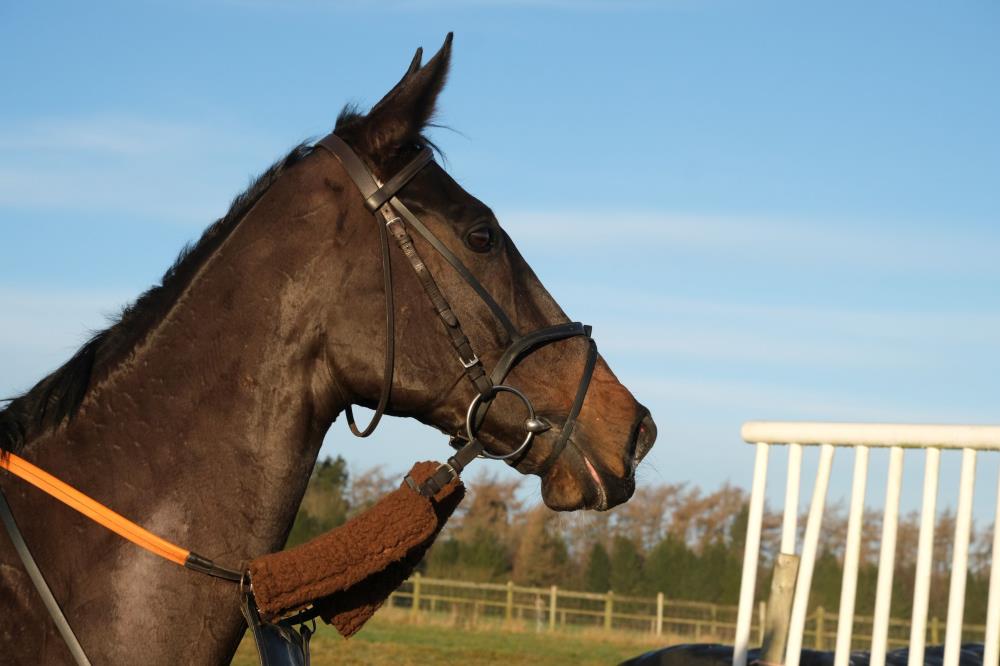 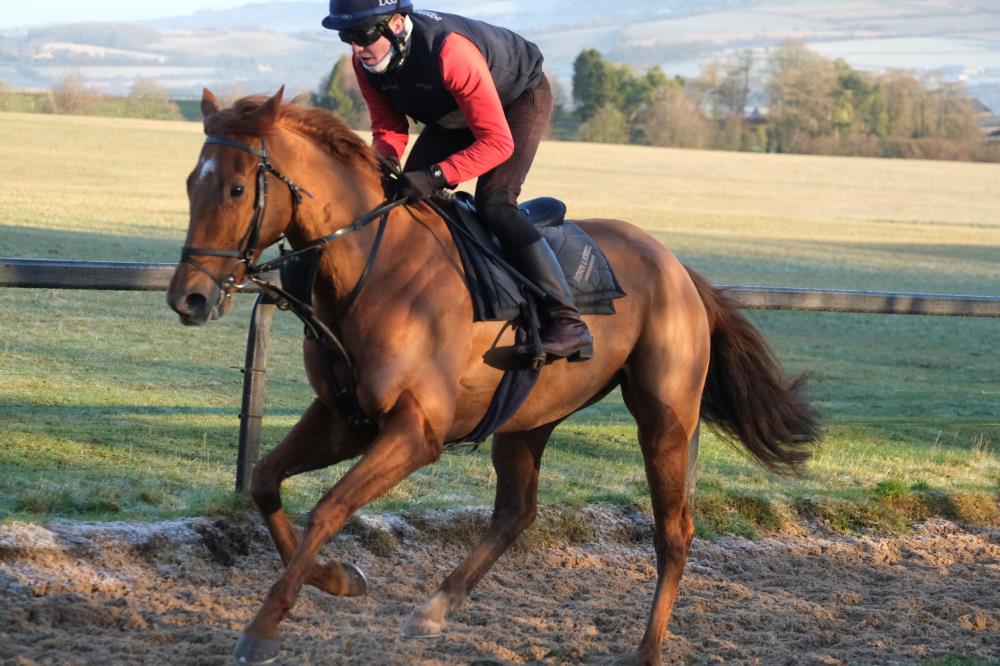 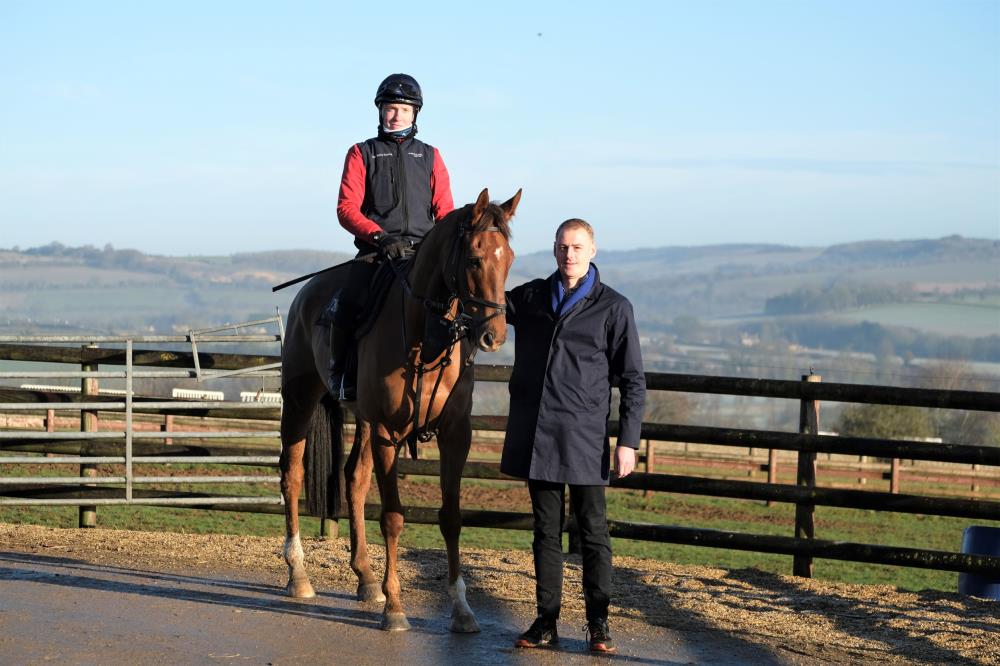