That was an interesting weekend. Lets start with our winner.

Newtide was impressive when winning his first venture over fences in the novice chase at Ffos Las yesterday.

A three horse race is always something to worry about and frankly I should not have been..

I was nervous watching as this huge horse has shown little respect for fences, as they just look far too small to him.

He has in fact always been good at home and early training with event rider Simon Lawrance has certainly helped, but he needed to respect them.

Newtide was good and David Bass did his best to teach and try and make his horse learn to fiddle.. Michael and Mary Dulverton’s horse won at Ffos Las over hurdles last season so he obviously enjoys the delights of this big galloping course.. in deepest Wales...as we do when we have winners there.. always well looked after, after..

Bandon Roc was sadly never going and pulled up.. he has won 5 races for us but yesterday was not a going day. He now heads for a new and a less arduous career outside racing.

It was surprising, but good to see Christopher Foster and Julia Scott at Ffos Las..They were heading to Ireland so they stopped off on the way..Julia was knocking off another racecourse visited.. only 3 to go.

Also good to see Huw and Caroline Davies and my doctor Paul Johnson and wife Pamela.. Their horse was third in the novice hurdle.

At Sandown Silver Kayf was fourth. He ran OK, but he is high in the handicap, so when he falls a few pounds he will be winning again. Not sure how or why he was made favourite.

Saturday was certainly a very wet day and we ran Talk Of Fame at Wincanton hoping for good fast ground.. rain ruined that thought, but the education will have done him no harm.. He will be better in the spring, and one to watch when he has his ground in the second half of the season.

I dont know what it is about Wincanton.. It does not matter which way you drive there it takes 2 hours.. It is not far.. 60 miles at most. Always a nightmare drive and I have tried about 8 different routes.. all take 2 hours.

Good news Red River is back in the yard and in his old box.

Did you watch the final of the T20 yesterday from NZ . England beat New Zealand again.. Lightening does strike twice as it was repeat of Lords..Super over..

It was a year ago that Harry Topper arrived in Ireland with Kayleigh Thompson.

Kayleigh took him out hunting for the first time on Saturday and they had a wonderful day together.

It is so good when these lovely old racehorses find a good home after their racing life. Harry Topper was certainly not an easy horse to rehome but he has landed on his feet with Kayleigh.

No runners today as Stratford’s meeting was washed away. My first day at home in the office since my return from OZ..

A visit to Cheltenham to fix my puncture..

A pretty young lady walking down the street notices a limousine on the side of the road. The chauffeur is trying to wrangle a flat tyre off the vehicle.

Fascinated she stops to watch. The chauffeur is having a hard time and no apparent luck in getting this tyre off.

She looks into his toolbox and makes a helpful suggestion to him. "would you like a screwdriver?".

He turns around looks her up and down and replies.

"Might as well I am not going to get this f….g tyre off" 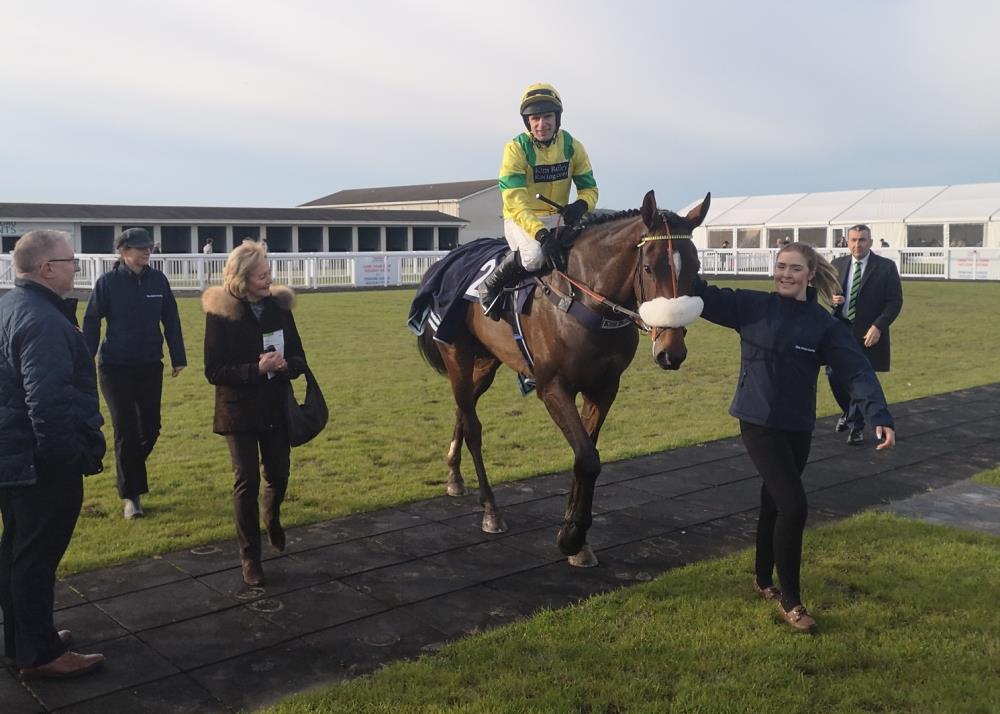 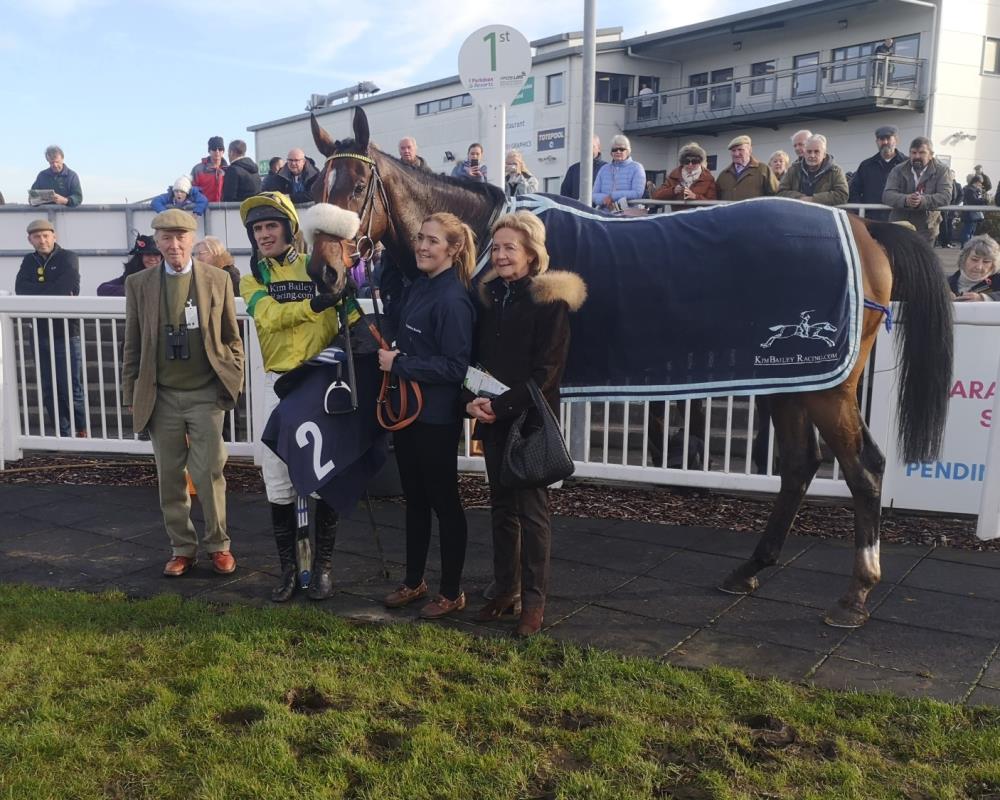 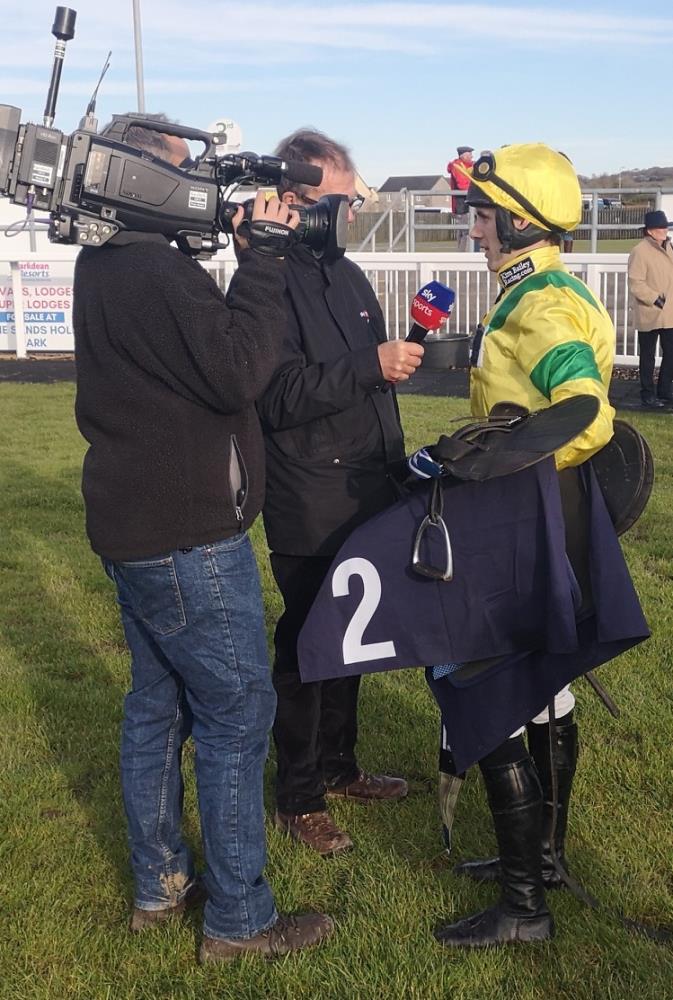 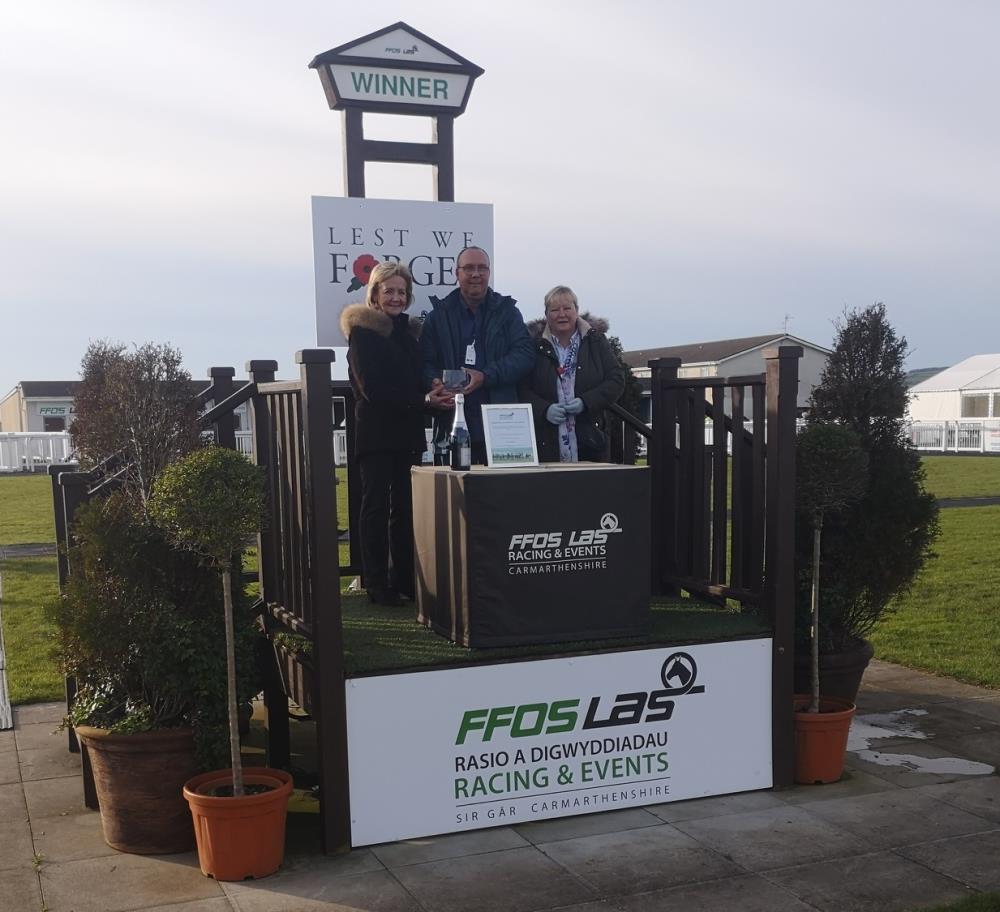 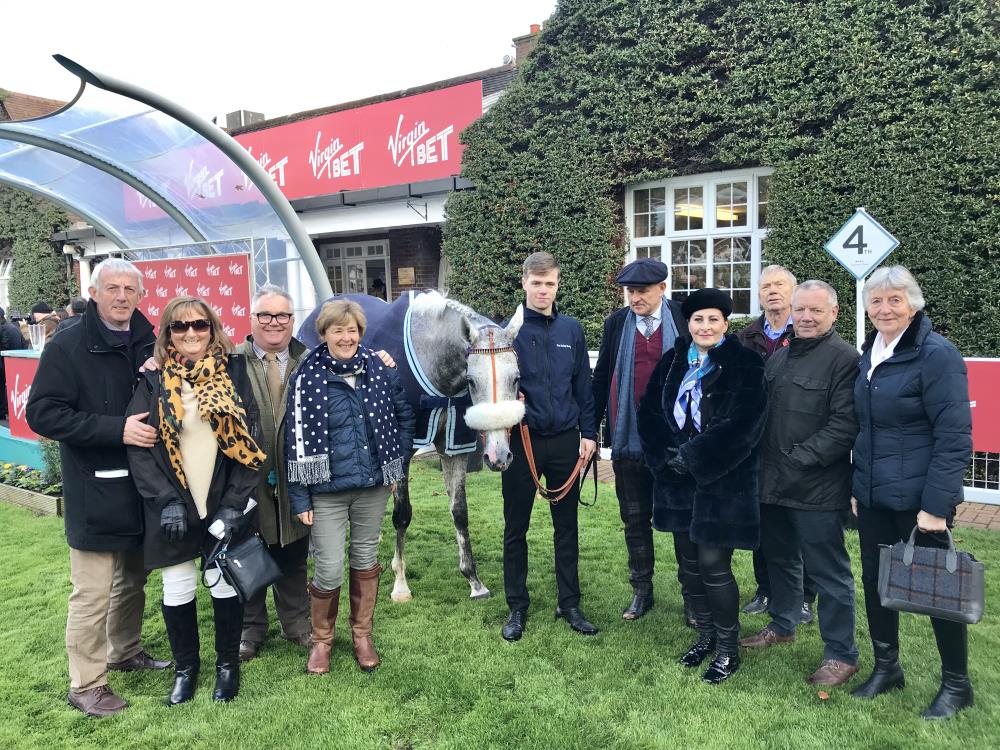 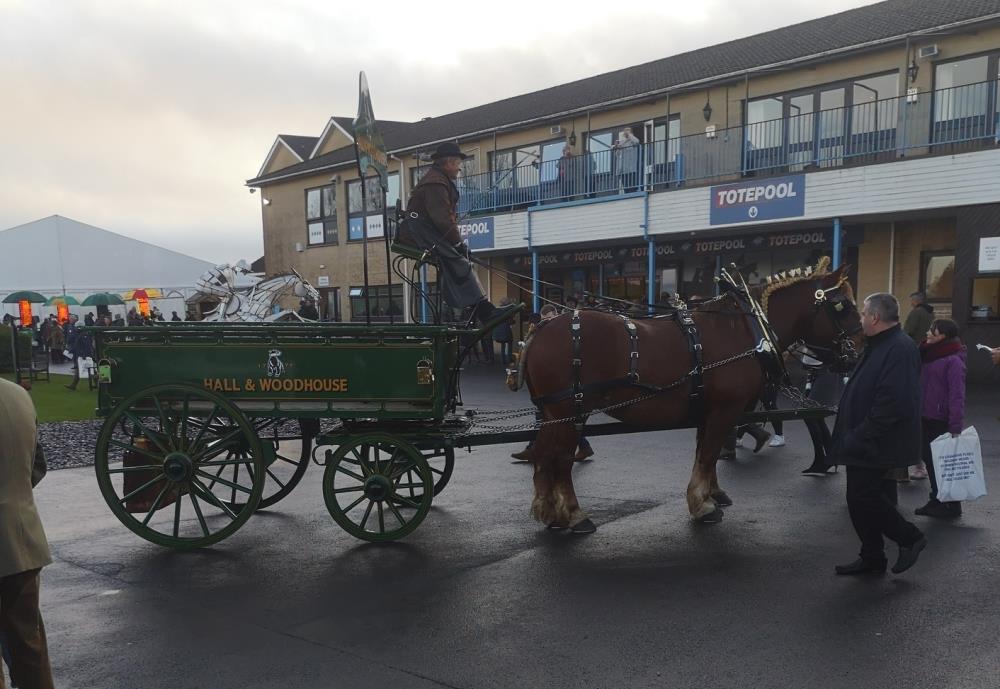 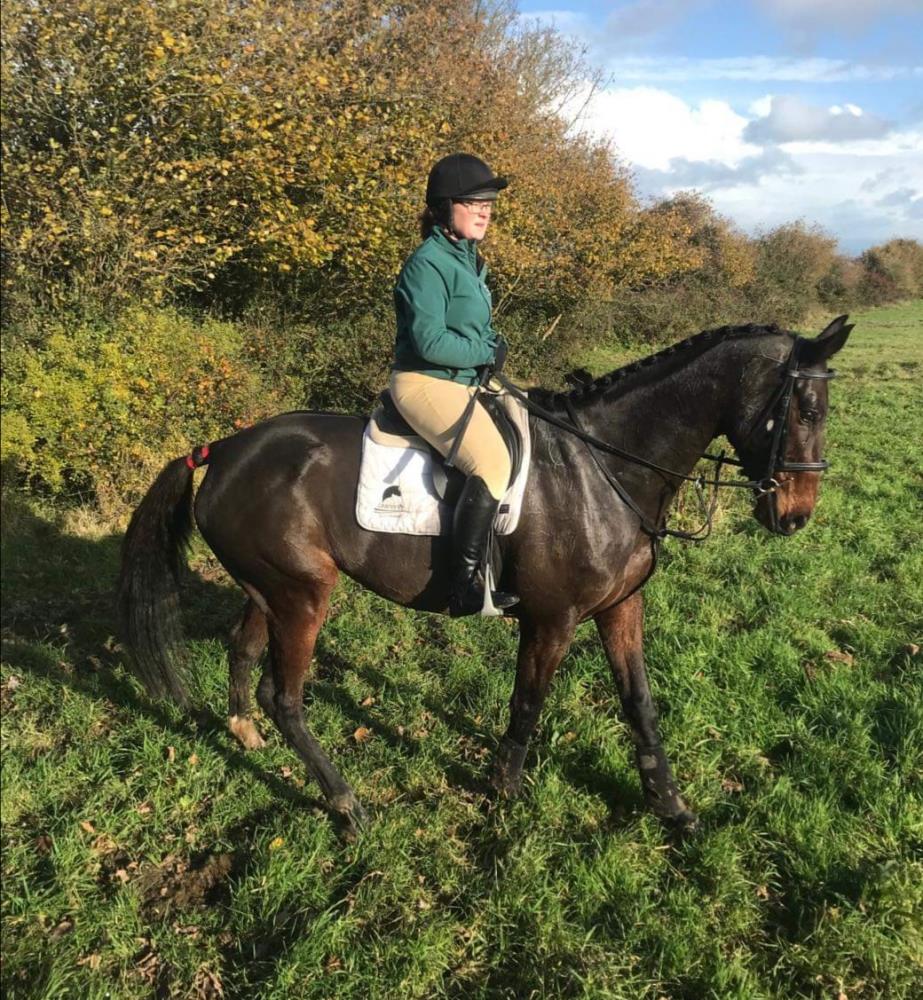 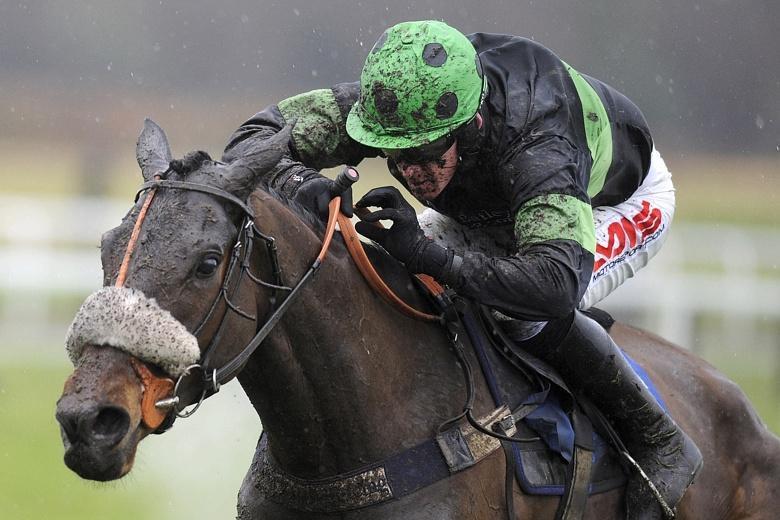