0 degrees and dry when driving in..

Now that is of course an understatement as we had 10 inches of snow land on us yesterday and it is still here..

Driving in this morning was a slow trip. Fallen trees weighed down by snow blocked roads and cars stuck. On my 3 mile journey in I pulled one tree off the road and two cars up a hill that had become stuck for most of the night on ice or snow packed roads.. why they thought a non 4x4 would get down or up those small back roads lord only knows..

Lets go back to Saturday.. our four runners..

Rhaegar won his race at Chepstow but had to share the win with Paul Nicholls’s runner.. yes they dead heated..

I have only had two other dead heats before and there were Mollys A Diva at Warwick and with a horse called Ivory Thrust (great name) who dead heated with a Leckie at Newbury..

There is more to the Ivory Thrust story as there were 14 runners and only two finished and yes they dead heated.. both horses went on the same horsebox and were trained in East Ilsley. Roddy Armytage trained Leckie .. Apparently it was a 2 million to one chance of that result every happening… The Jack O’Newbury Novice chase..Jockeys involved were Bob Davies and Kevin Mooney.

The Last Samuri.. What a bloody hero.. How brilliant was his run to finish second in the Beecher Chase at Aintree.

TLS had top weight and gave 6lbs to a Grade one winner in Blaklion, and how he had 6lbs less is another story, but little Sammy tried, jumped and did his best on very heavy ground..Yet again he never made a mistake.. TLS is perhaps the bravest and toughest little horse I have known..

David Bass said he was amazing.. but what will David do when one day he has to ride another horse over those fences..

At Sandown Cascaye ran better while Charbel finished 4th in a Grade one.

Charbel’s jumping was a bit sketchy in places but he still ran an blinder to finish so close to a horse that could well be favourite for the Champion Chase (if Altior does not turn up).

I don’t think people realise  how talented Charbel is. Matt Chapman does not, not does the Racing Post analyst who said Charbel, reverting to chasing in first-time cheekpieces, produced another good effort despite a couple of relatively early mistakes and this is as good as he is.......!!

That was only Charbel's 5th run over fences. For The winner Politologue it was his 8th, the second Fox Norton it was his 16th and the third Ard Mad it was his 8th too.. They respective handicap ratings were 161,169,159 and Charbel 154 and we were beaten 6th lengths.. That’s how good he is.. sorry but you are wrong..he is better than that run..

No racing yesterday meant a day at home which was great, when we had electricity..

We have no runners today and frankly if we did I am not sure we would send them .. our drive is a no no unless in a 4x4 or a tractor, and the back roads are not good.. Anyway we don’t have a runner.. and unlikely to for a few days.

Mike Horne in Scotland sent this..

LITTLE JOHNNY IS BACK:

The teacher asked the class to use the word "fascinate" in a sentence.

Molly put up her hand and said, "My family went to my granddad's farm, and we all saw his pet sheep. It was fascinating."

The teacher said, "That was good, but I wanted you to use the word 'fascinate,' not 'fascinating'."

Sally raised her hand. She said, "My family went to see Rock City and I was fascinated."

The teacher said, "Well, that was good Sally, but I wanted you to use the word 'fascinate'."

Little Johnny raised his hand, but the teacher hesitated because she had been burned by Little Johnny before.

She finally decided there was no way he could damage the word "fascinate," so she called on him.

Johnny said, "My aunt Carolyn has a sweater with ten buttons, but her tits are so big she can only fasten eight!"

The teacher sat down and cried. 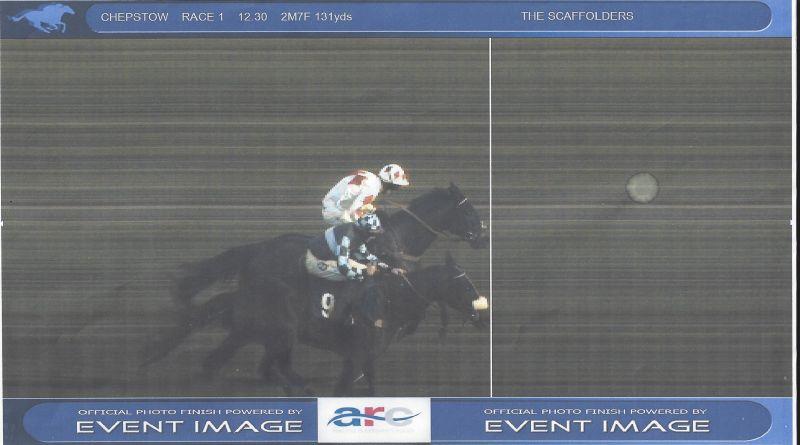 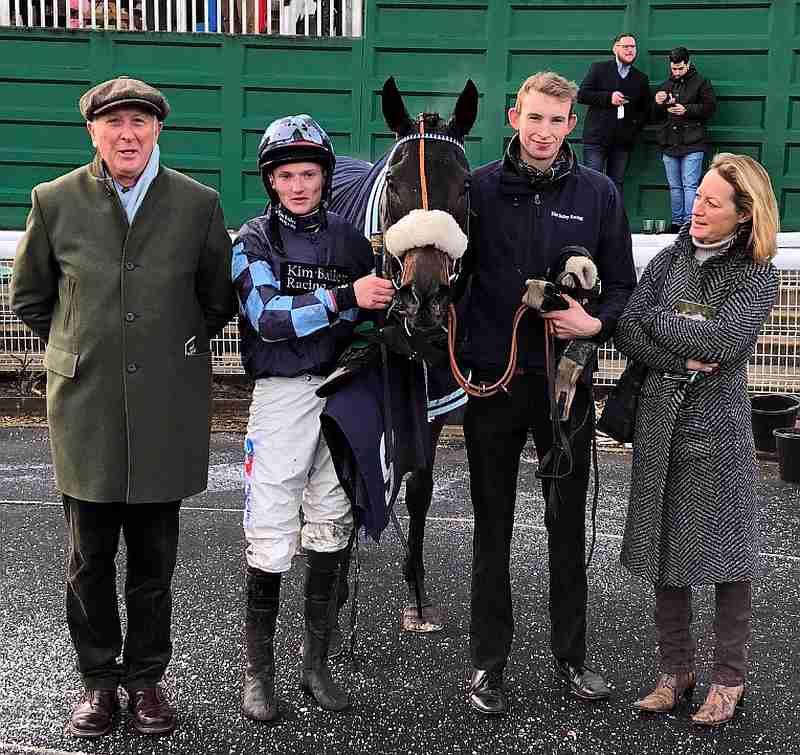 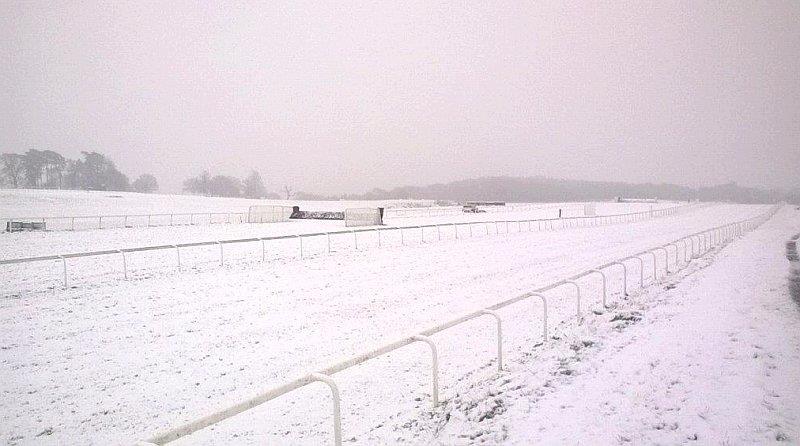 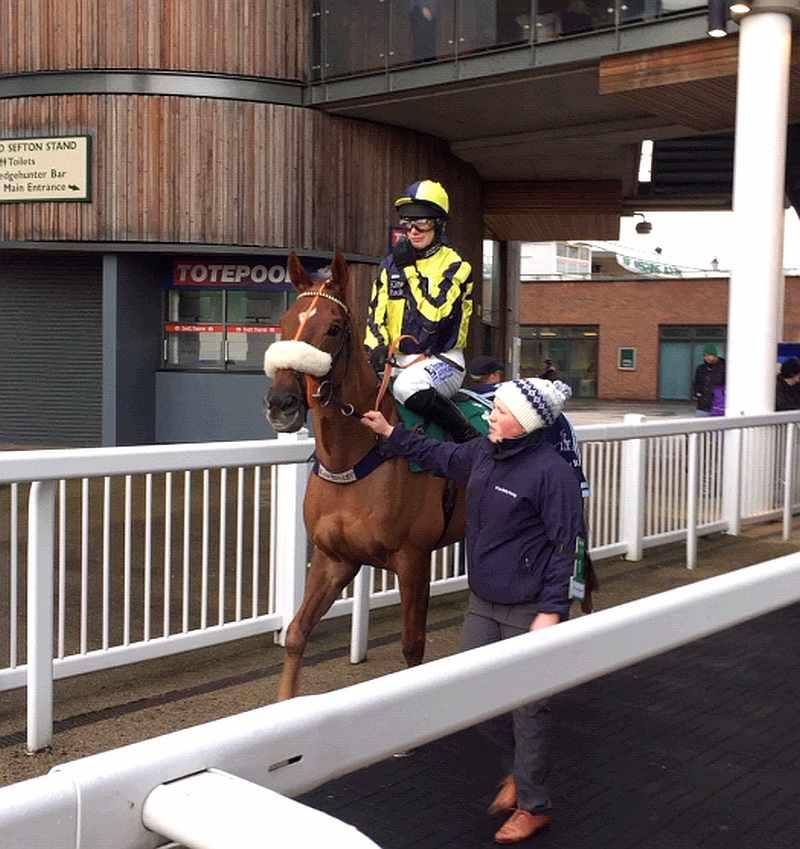 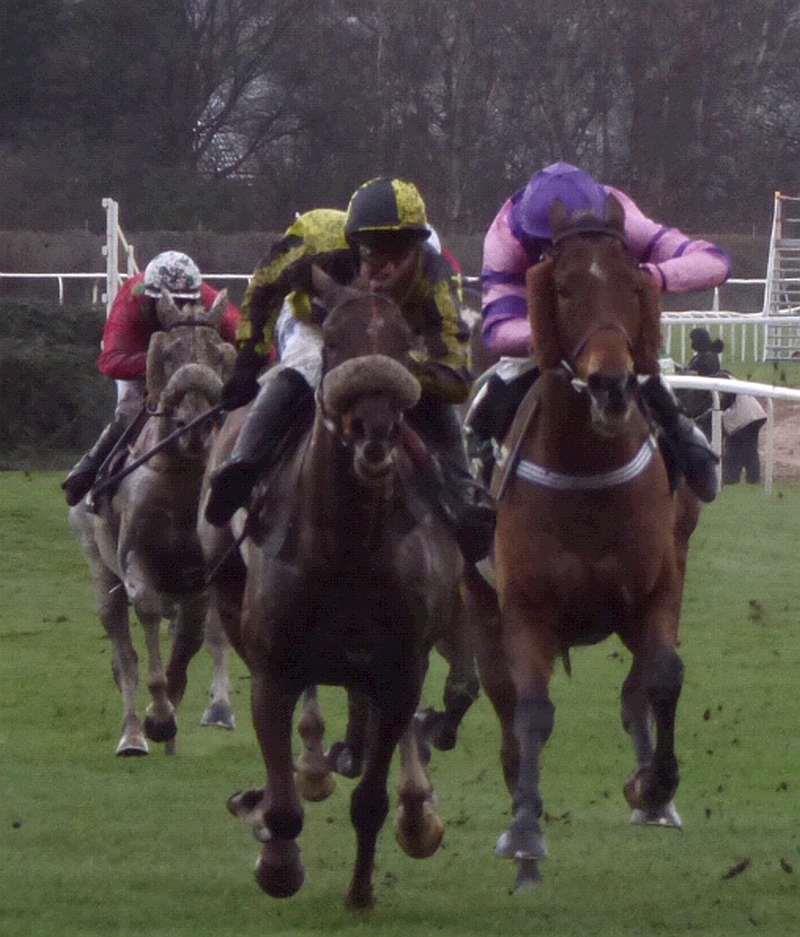 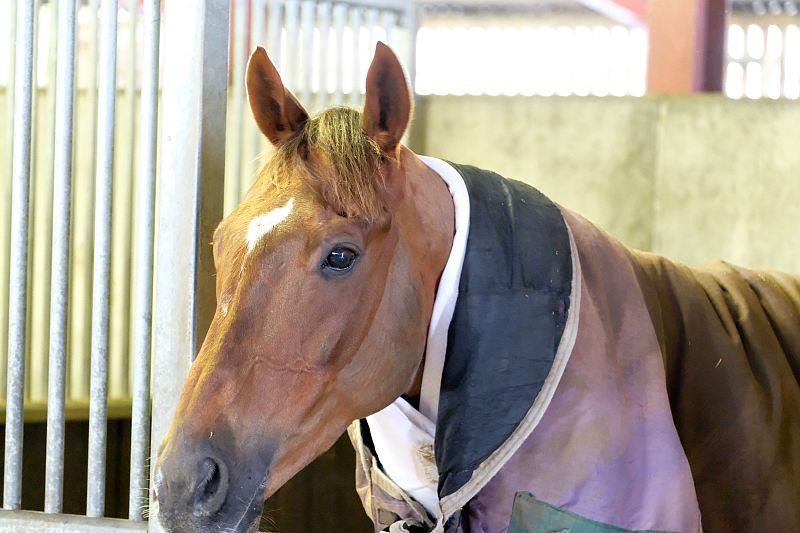 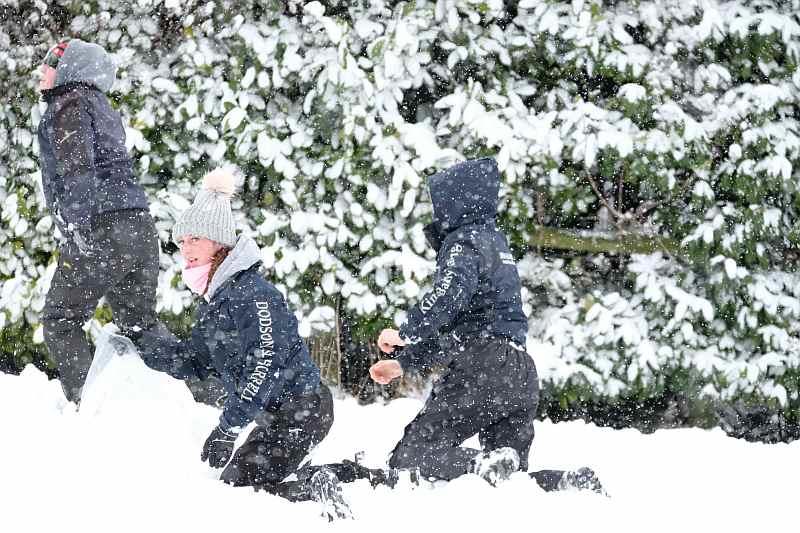 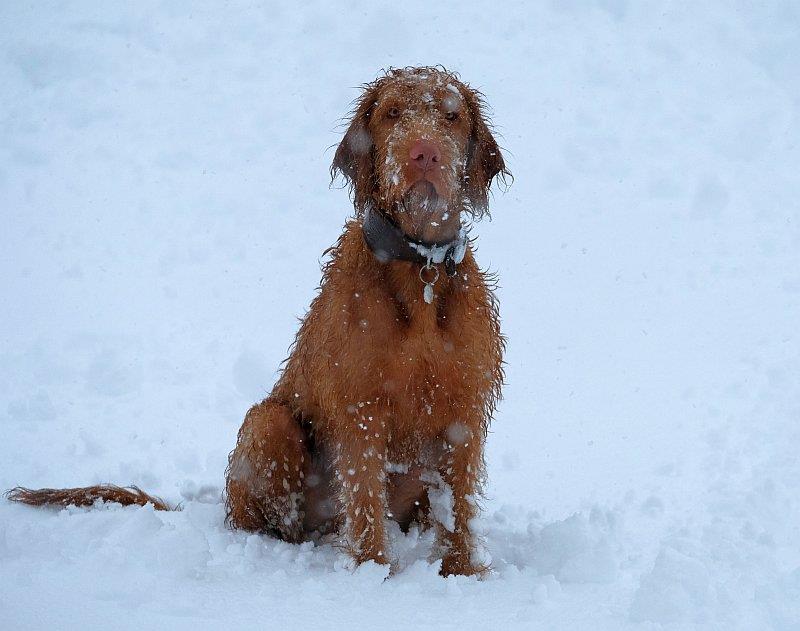 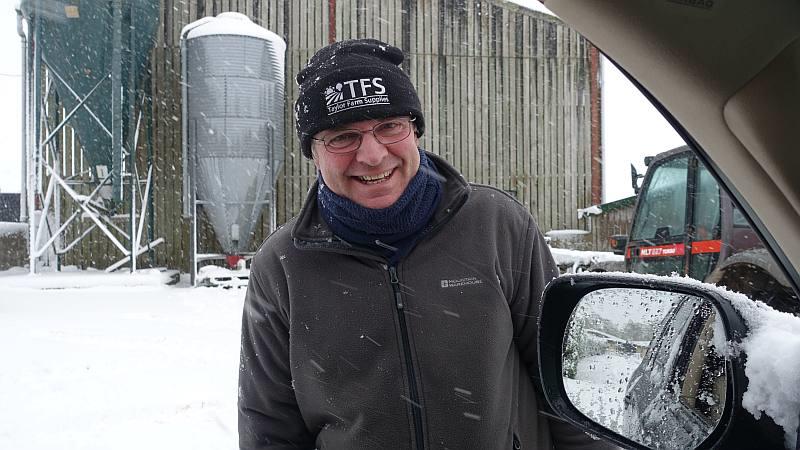 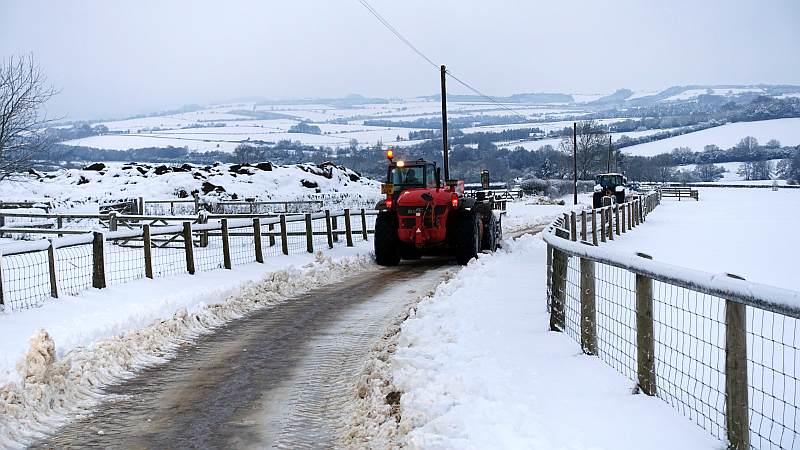 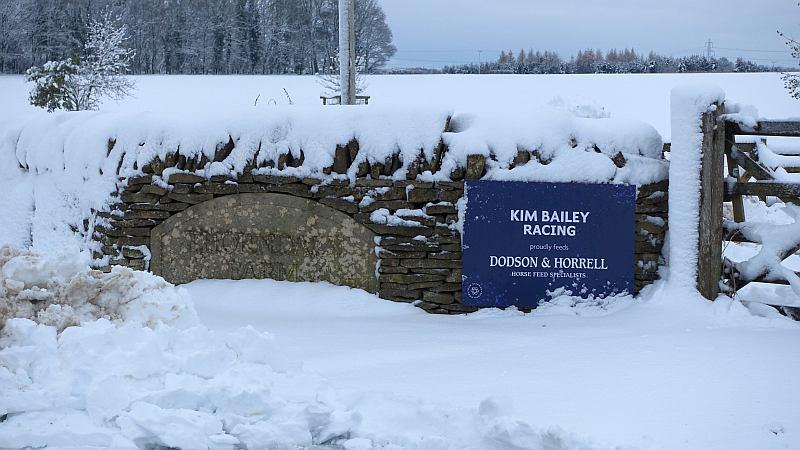