Driving in was not as easy as you might expect after nearly 8 inches of snow landed on us mid morning yesterday. Gloucestershire or rather this part it has ground to a halt… all roads blocked.. carnage!!

There will be no racing for a few days and we will struggle during that time too..Panic stations at 9.55 as I had forgotten declarations.. there were none as Wednesdays meeting already off.... Ffos Las hopeful on Thursday??

We exercised every horse by trotting round out school for 40 minutes..

Our gallops have 7 inches of snow on and now it is a question of removing it..

Not easy as using anything mechanical risks taking (expensive) surface off..Whatever we can do we will, as there seems to no chance of a thaw this week.. cantering on the snow is all well and good, but can be dangerous.. Looks like all hands on deck digging the snow off the gallop....

Archie was meant to have been taking his driving test today.. We could not get his car out of the drive! He might not be taking his test for a while!

A blonde was walking her dogs when a man walking in the opposite direction says, "Oh my, you have such beautiful dogs. What are their names?"

The blonde replies, "Well, the taller one is Timex and the shorter one is Rolex."

The man responds, "Huh, that's interesting. Why did you name them such names?"

The blonde sighs and shakes her head, "Everyone keeps asking me the same thing... duhh, what else would you name your watch dogs?" 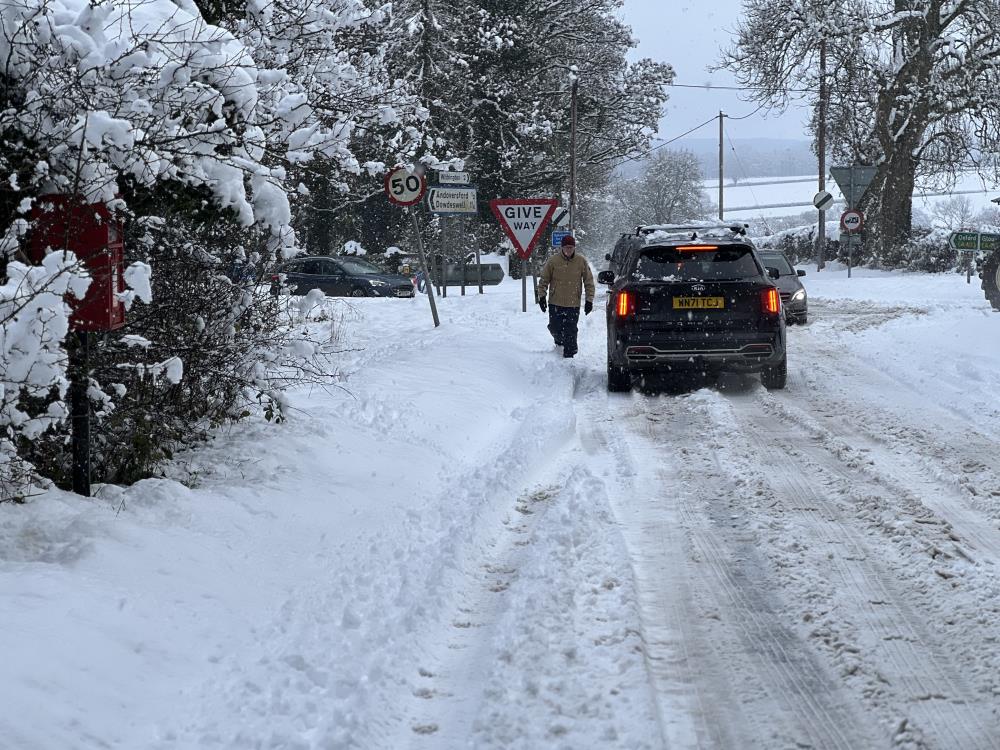 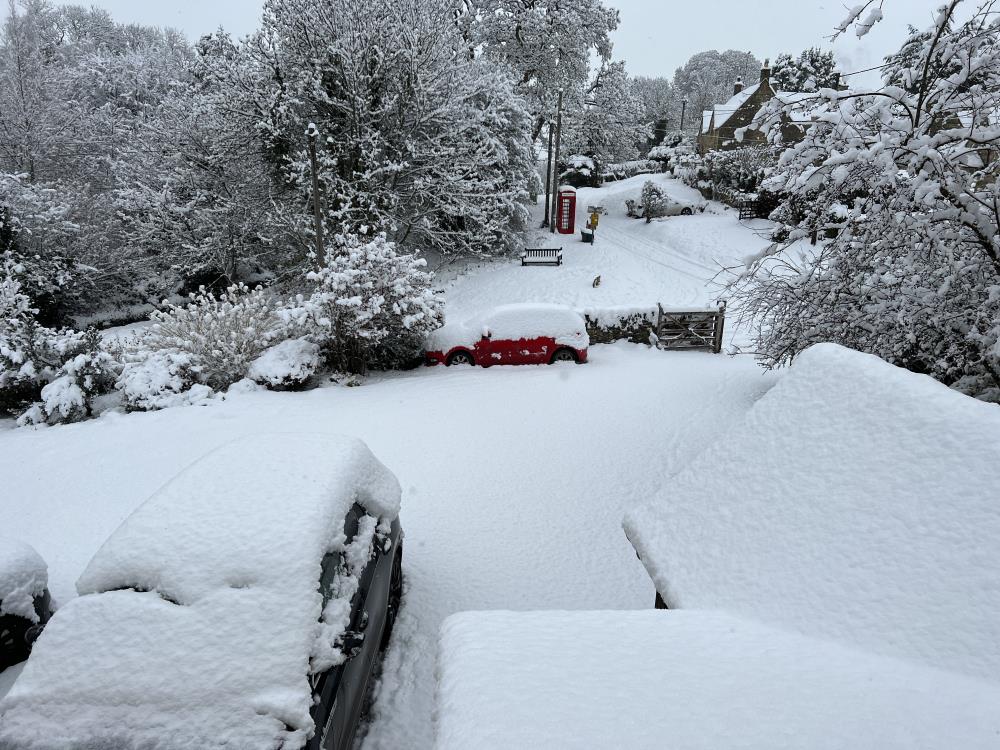 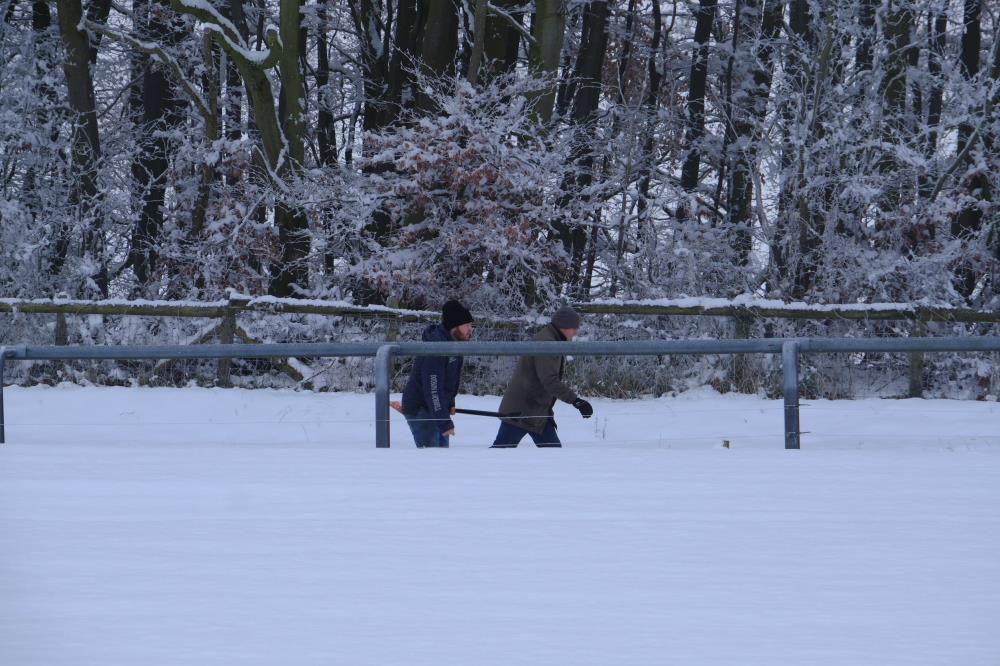 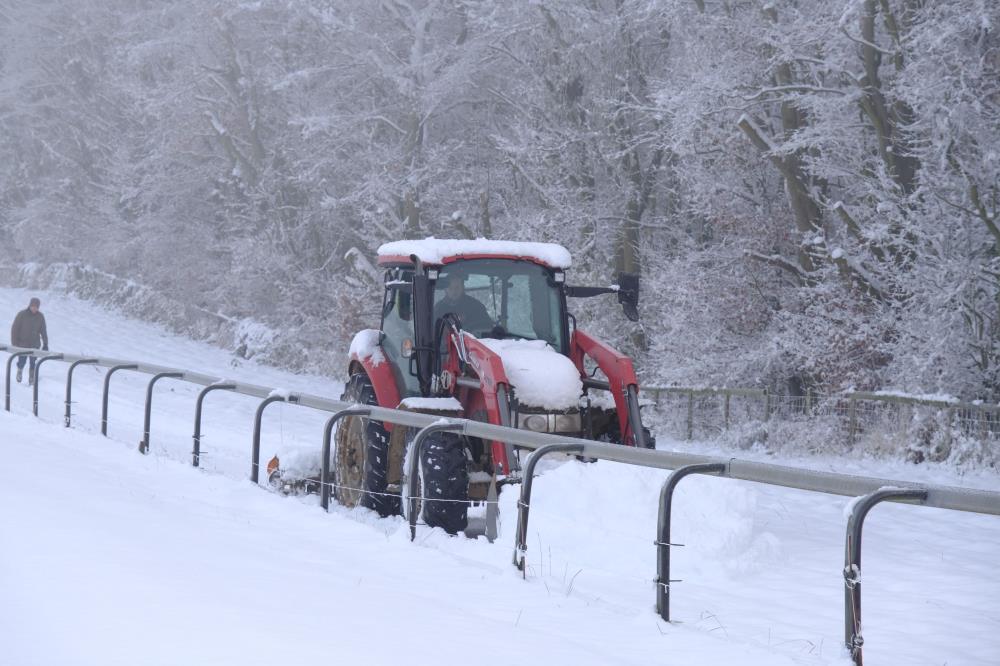 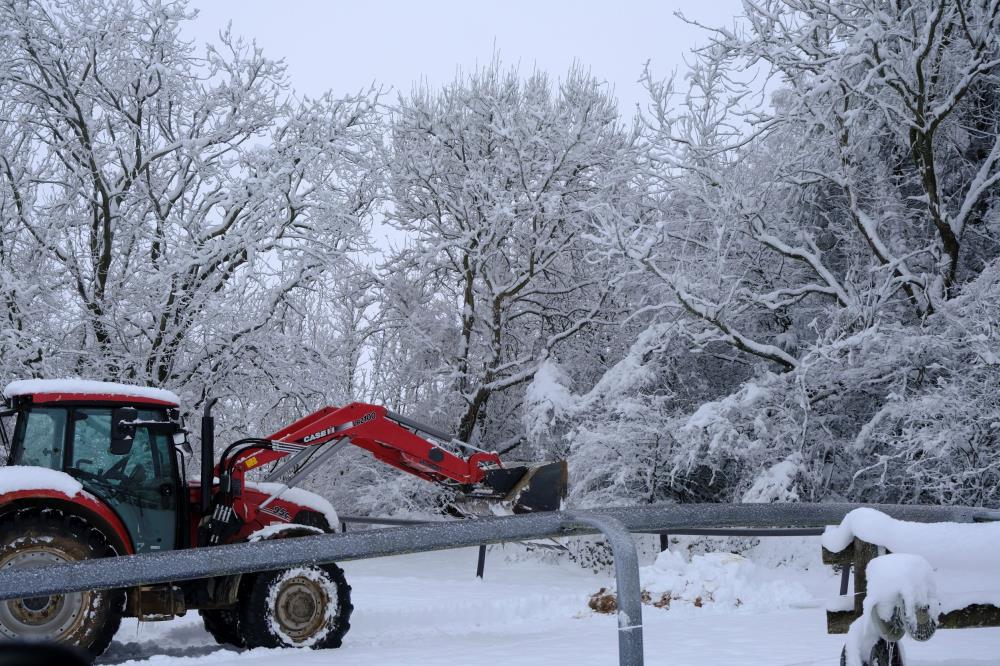 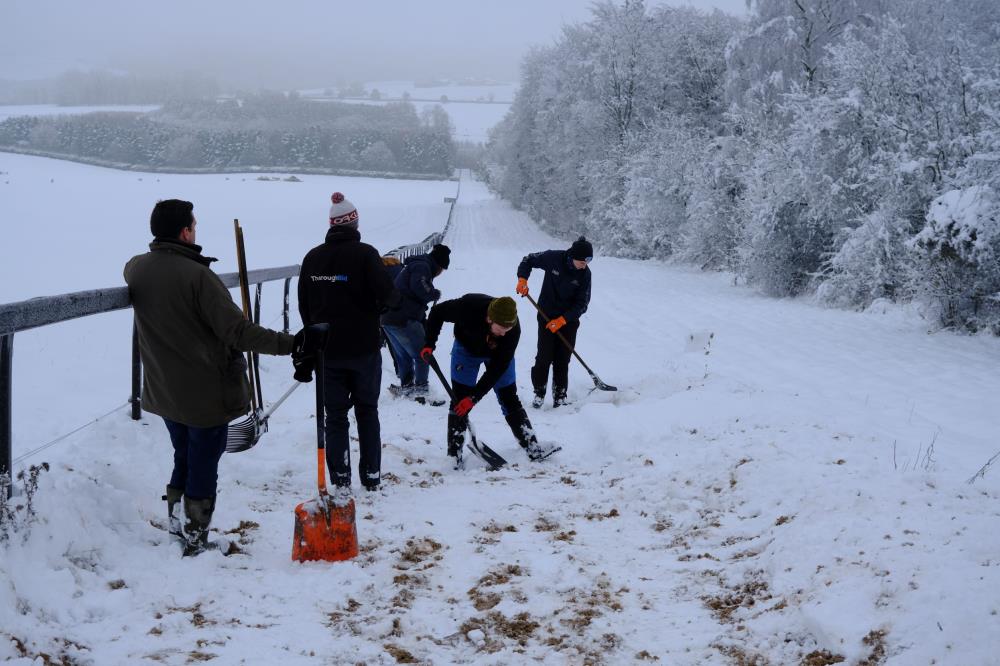 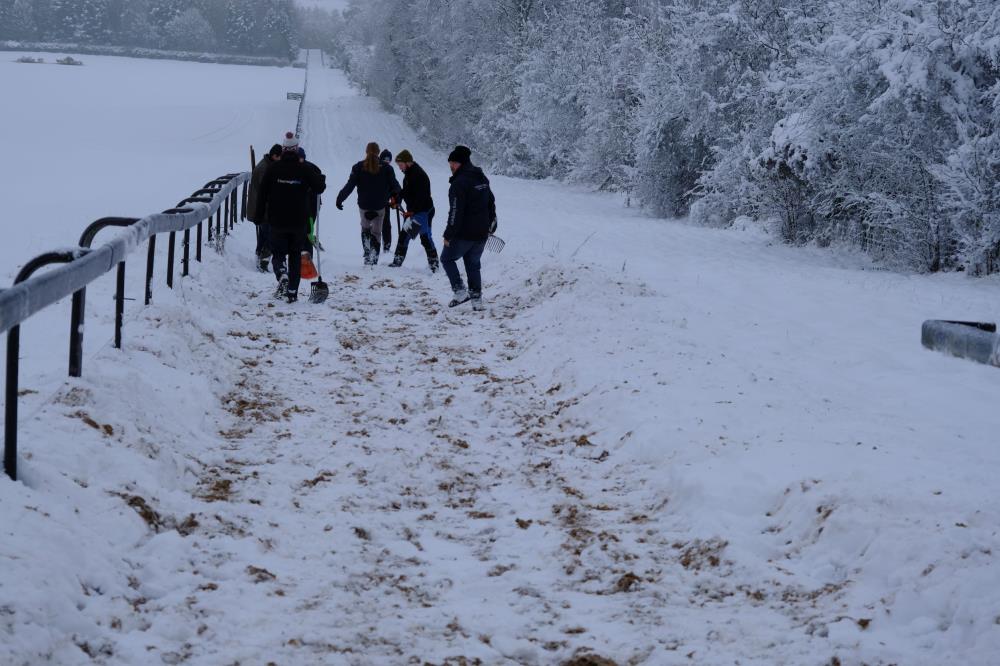 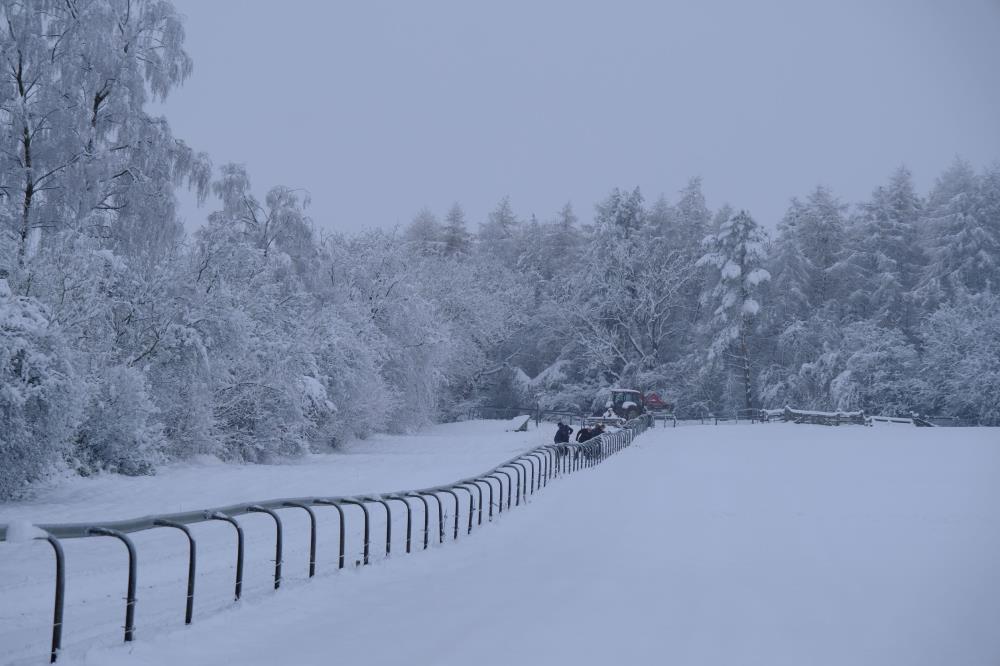 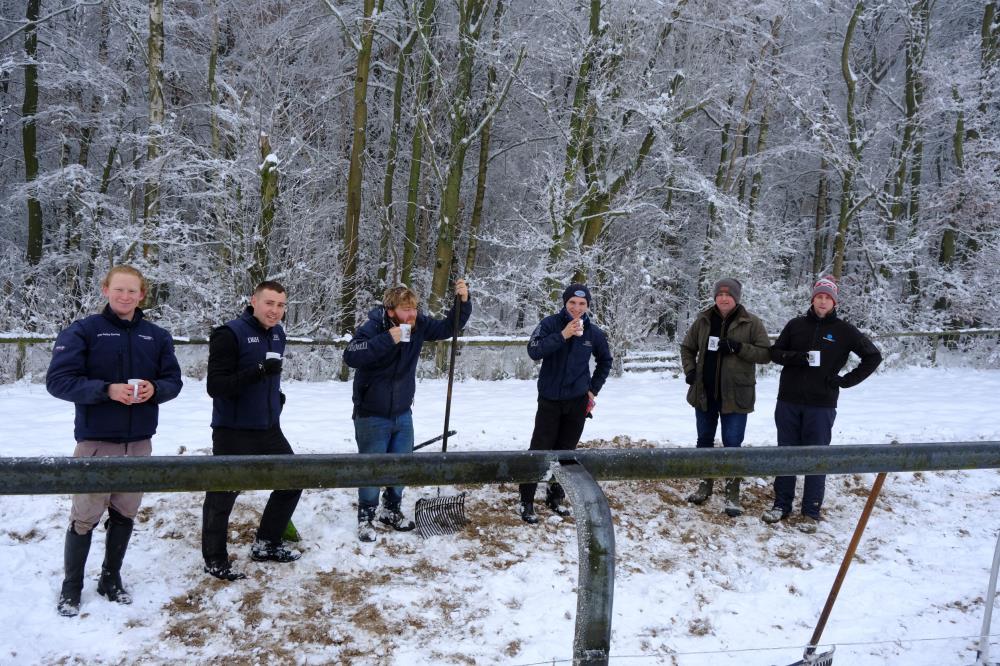 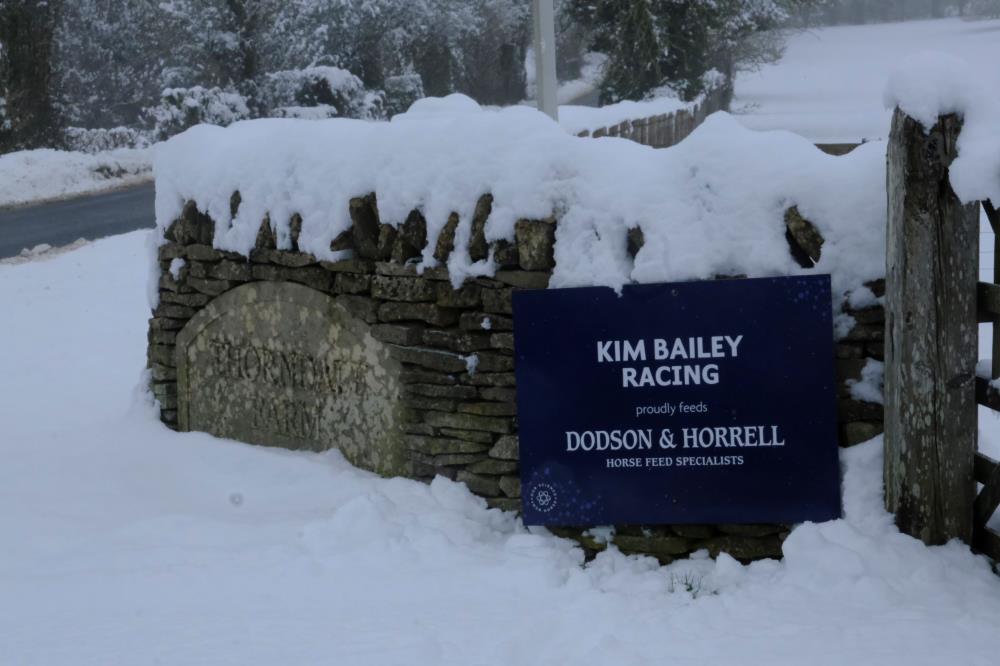 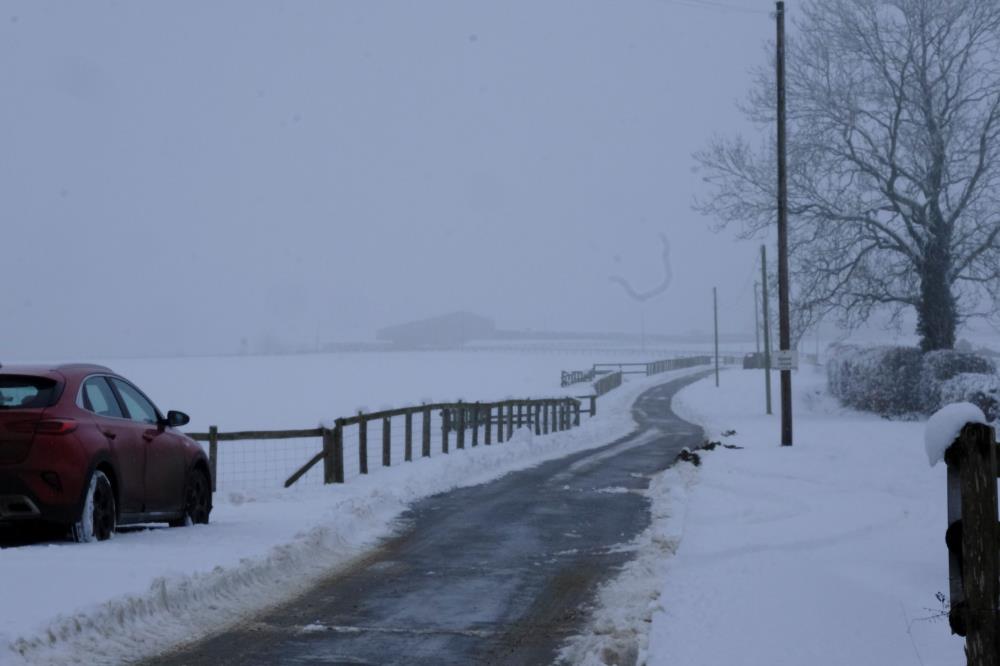 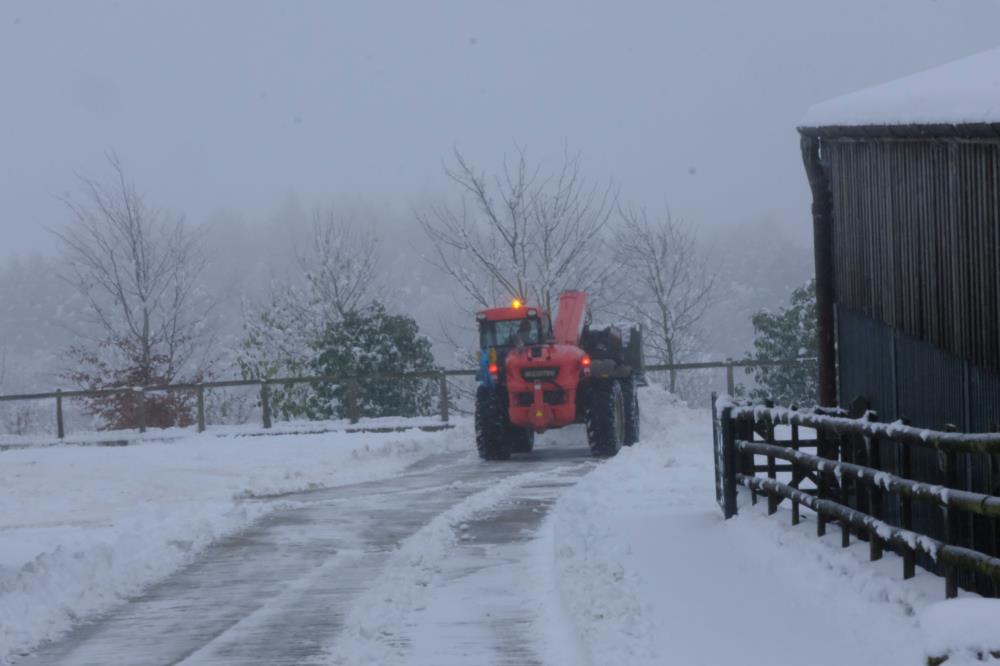