It was plus 2 and dry first thing this morning.

Yesterday was a day with my chair saw.. Boys toys..Lots of damage..

There will be one very happy man today..My neighbour Mike Evans will be opening his Royal Shipton Golf Course today. Immaculately kept up while in lockdown.. Archie and I look forward to a round one of these summer evenings.. after school..

Only one picture today for todays competition.... Guess who the sporting icon is at the bottom of the photo page?

Norman Carter who owns Diamond Gait and has a share in the KBRP horse Voyburg has kindly taken up the mantle of the Kim Bailey Racing Community spirit..

Over to you Norman..

'My earliest memories of the horse racing was seeing the first televised Grand National in 1960, I was 5 years old but my Dad allow me to have a bet, sixpence each way on Mr. What who fell. Incidentally my Dad had to take the wager to a friend down the road as there were no betting shops, they weren’t legalised until 1961. The first winning bet I remember was the following year when Nicklaus Silver won, and that was it I was hooked on having a bet and on grey horses.

On my 11th birthday Potier another grey won the Steward’s Cup I remember setting up a Kodak Super 8 cine camera in front on the TV to record it, no replays then, how times have changed.

By that time I was well and truly addicted... my Dad had an old board game called Minoru which I spent hours playing and developed my own horse racing games writing up all the runners and results in my school exercise books. It was an addiction, at school they knew I would play truant on any big race day and if I bunked of school early I could get to Wembley greyhounds... I was too young to bet there but there was always a willing person around to do that for me and the bookies seemed quite happy to pay me out if I won.

My parents never drove so when I passed my test in 1971 I went dog racing or horse racing every week but the gambling got out of hand, winning enough one day at Yarmouth to buy a very decent racehorse but also losing the same amount at Brighton some weeks later. The early 70s therefore gave me no pleasure from the horses it just was all about the gamble.

When I left school I got a job as a board man for Corals, the old days when I had to write up all the prices and results that came over the ‘Blower’... it was great when years later I won a Coral sponsored race at Lingfield.

I met Zoë my wife in early 1975... for our first date I splashed out and took her to Slough dogs, now a Sainsbury’s supermarket. Thats when the gambling stopped other than on the big races, by the late 70s I didn’t have time for racing, married and with a family I was working flat out 6 days a week as a car salesman, I suppose the job was a gamble in a different way extremely low salary and high rewards from sales commission.

In 1986 I revisited my old horse racing games I used to play as a kid and Zoë and I produced a game called ‘Ascot - A Day at the Races’ we produced 500 copies selling the majority for £24.95 via adverts in the Sporting Life, we actually got a licence agreement to market it as ‘The Channel4 Racing Game’ but never pursued it. When we moved in the early 2000s I found we still had a dozen or so copies of it... still have them today... unwrapped one whilst writing this and although 34 years have passed I’m still pleased with the concept.

Speed forward to 2012 and with a successful company established I felt I could afford to realise the dream of owning a racehorse... my first venture was in 1/10th share in a planned Cheltenham Festival winner... the closest I got was winning a Taunton on the Monday before the Festival... I would have to say my first experience wasn’t great with little feedback and information from either the syndicate manager or trainer, I was made to feel like that I just owned a tenth and wasn’t a proper owner.

So not to be put off I trawled the internet in search of a better experience and found Kim’s blog, a website that looked good and was kept up to date daily and with a sense of humour. I rang Kim.... and that was it, living in Cornwall, at the time, Kim put on his blog that Mr Cornwall was visiting the stables. I’m sure Kim had already decided that I was the buyer of the last share in Silver Eagle and he was right, the whole experience and my childhood memory of greys had me hooked. For a some months after I was always known as 'Mr Cornwall'.

Within a short space of time I had a tenth of 7 horses but as all KBRP owners know it was if I fully owned all 7... There were days of tremendous highs, the winners yes but two stand out near misses. Silver Eagles 2nd at the Cheltenham October meeting was special and Milord finishing 4th at the Festival and be standing in the famous winners enclosure.

There were days of mixed emotions, Silver Eagle at odds on being beaten by an outsider from the same stable and to add to the emotion Knockanrawley was also a grey.

There were extremely sad days, Silver Eagle suffering a broken leg very shortly after his retirement and a lovely mare Wrestow Lady had a freak and fatal accident at the yard, she never saw the races. Kim personally rang each of the ten owners to give us the news... so grateful, but I still panic if Kim rings out fo the blue.

The success of my business allowed me to think about full ownership this was also spurned on by finding out by chance that in the 1890s my Great Grandfather was a racehorse owner, he won the Ebor, with the help of Weatherbys I manage to get his racing colours re-registered in my name.

One of those tenth shared KBRP horses for some reason just didn’t make it as a hurdler and the NH owners wanted to sell him. As he was an ex-flat horse I asked Kim whether he would train him for the flat and be willing to go to Ascot, York, Goodwood and Newmarket. As it was the dissolving of a syndicate the horse had to go to auction and I bought him at the Newmarket sales. Yes another grey and I don’t think any other horse will ever give me such fun, excitement, thrills and experiences.

Sunblazer did indeed go to all the tracks planned and even won at Newmarket, the most emotional day was when Kim asked whether an amateur that worked in the yard could ride him, we went to Kempton and Joey Morris gave him an inspired and winning hold up ride.

Age catches up with all of us and last year Sunblazer just wasn’t enjoying his racing any more so it was time for retirement. I was so worried about where he might go however one afternoon Archie rang me to ask whether he could have him.... it was an emotional moment to realise he would have the best home and even better is that I can still visit him.

So once these strange times are over I have Diamond Gait, who I’m still not sure how good she is, as she seems to jump a fence probably start novice chasing. I fully retired last year so perhaps need to be a bit more frugal and once again I’m in a KBRP horse, Voyburg, looking forward to his debut.

So until we all meet again ...thanks to Kim and the team for keeping us informed at keeping all our dreams alive. 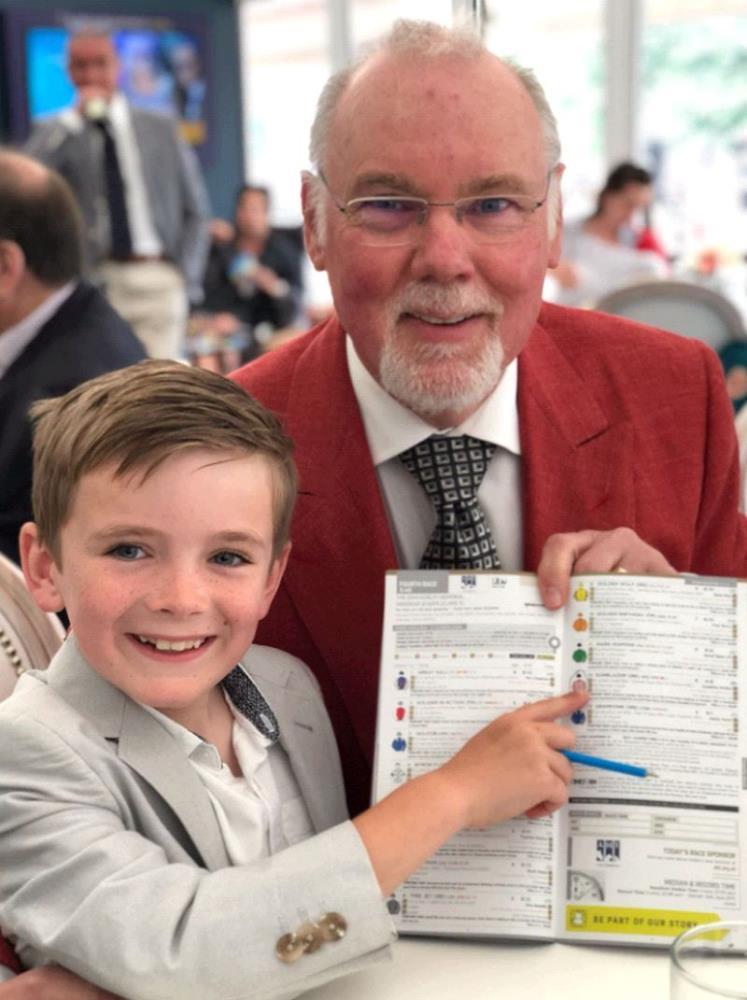 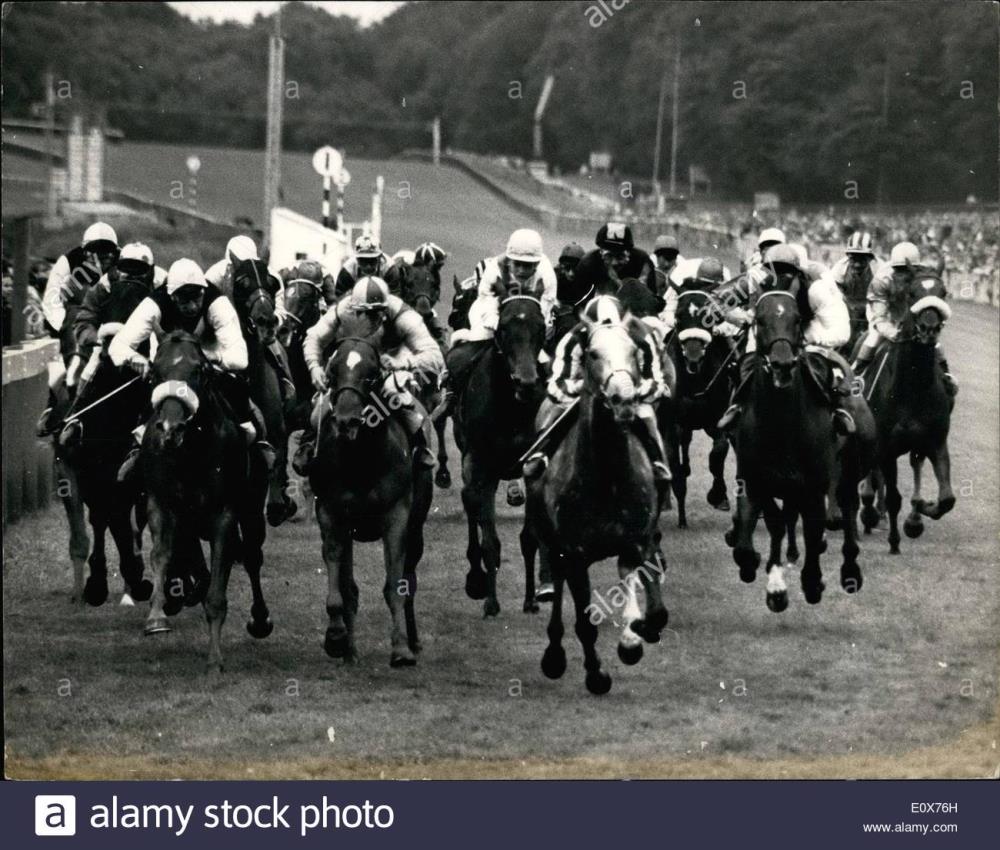 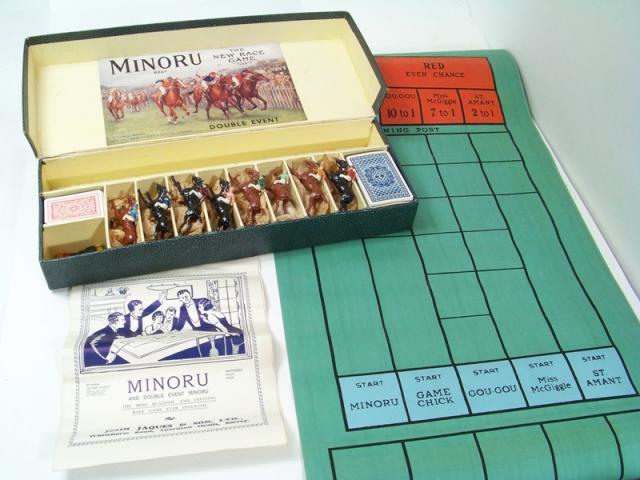 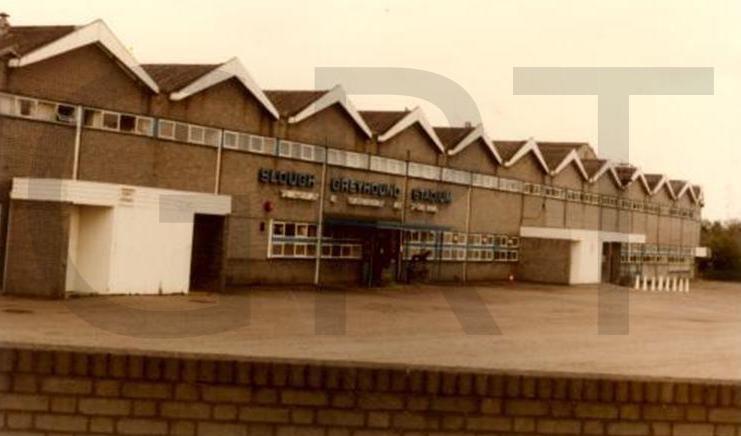 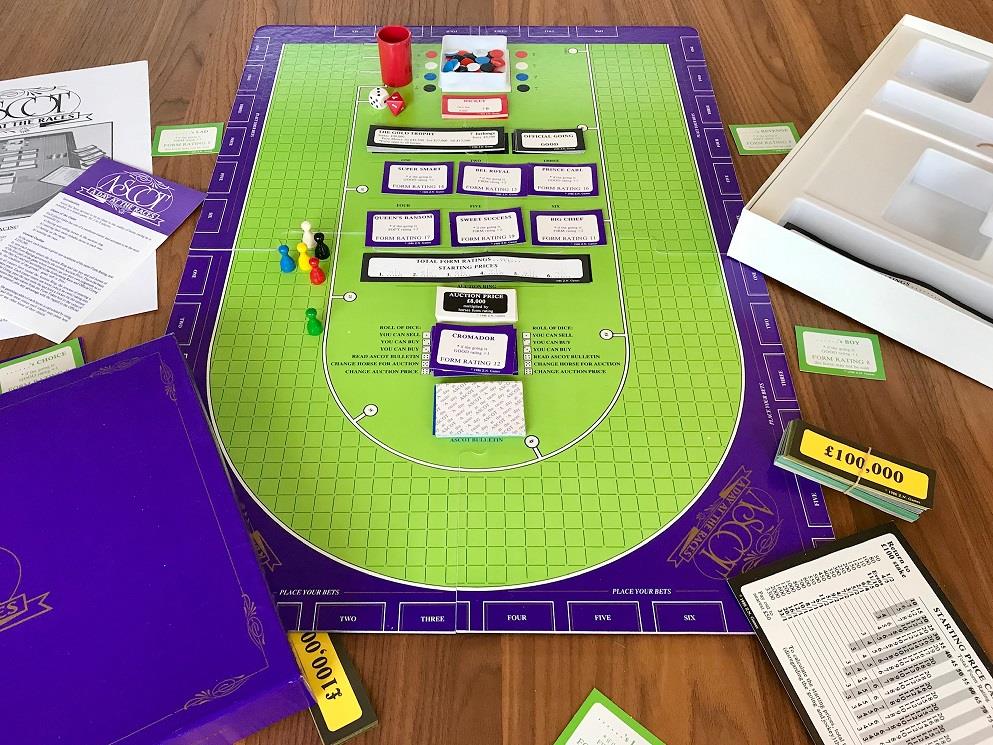 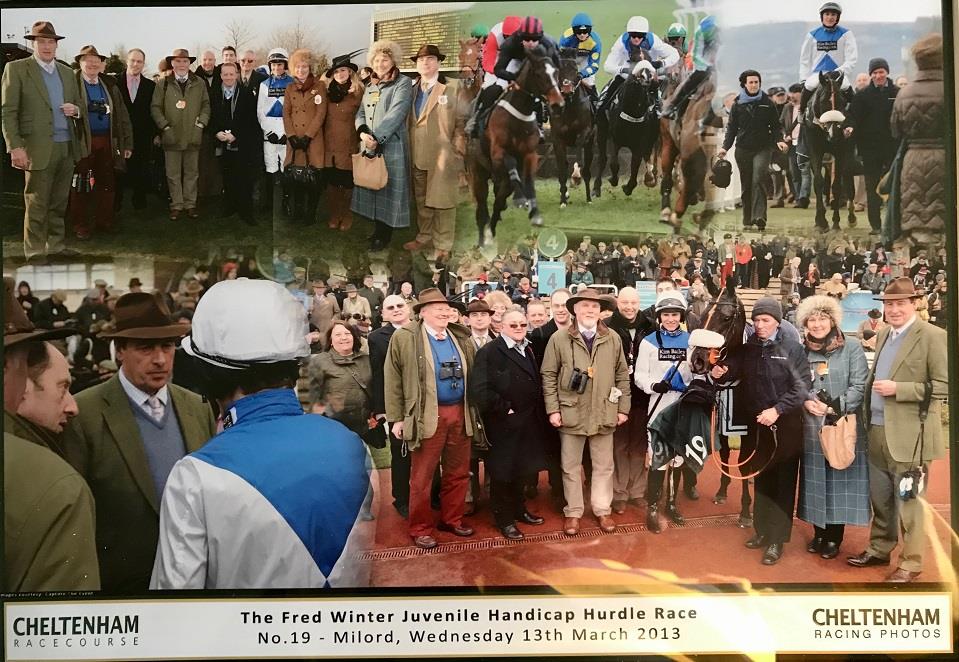 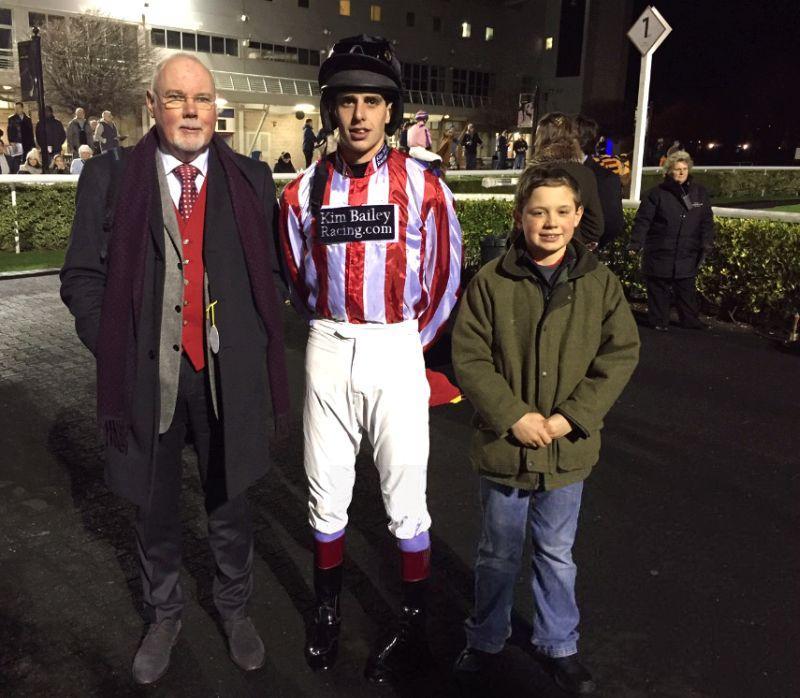 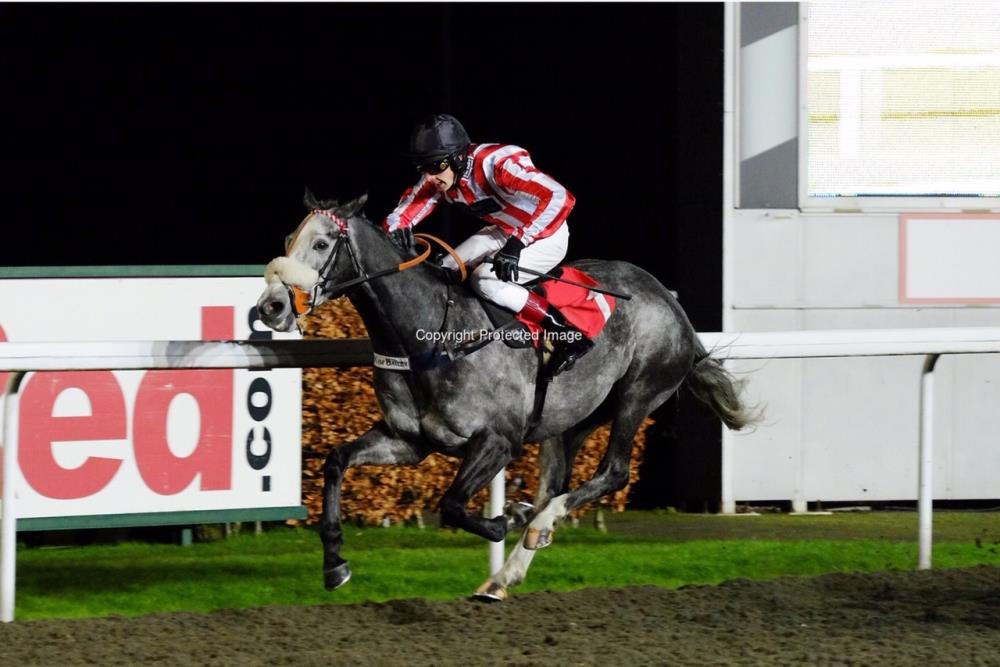 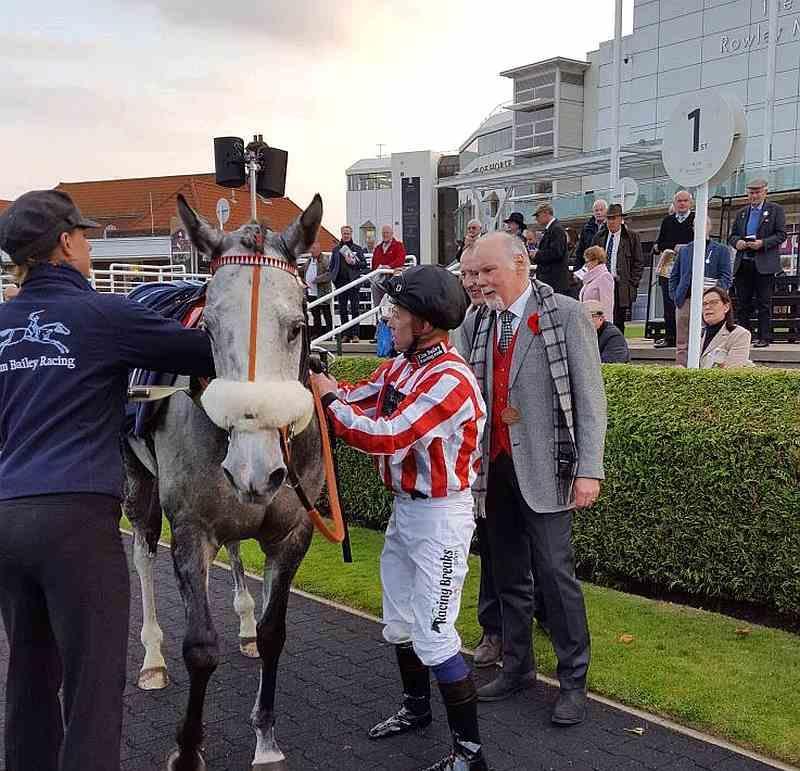 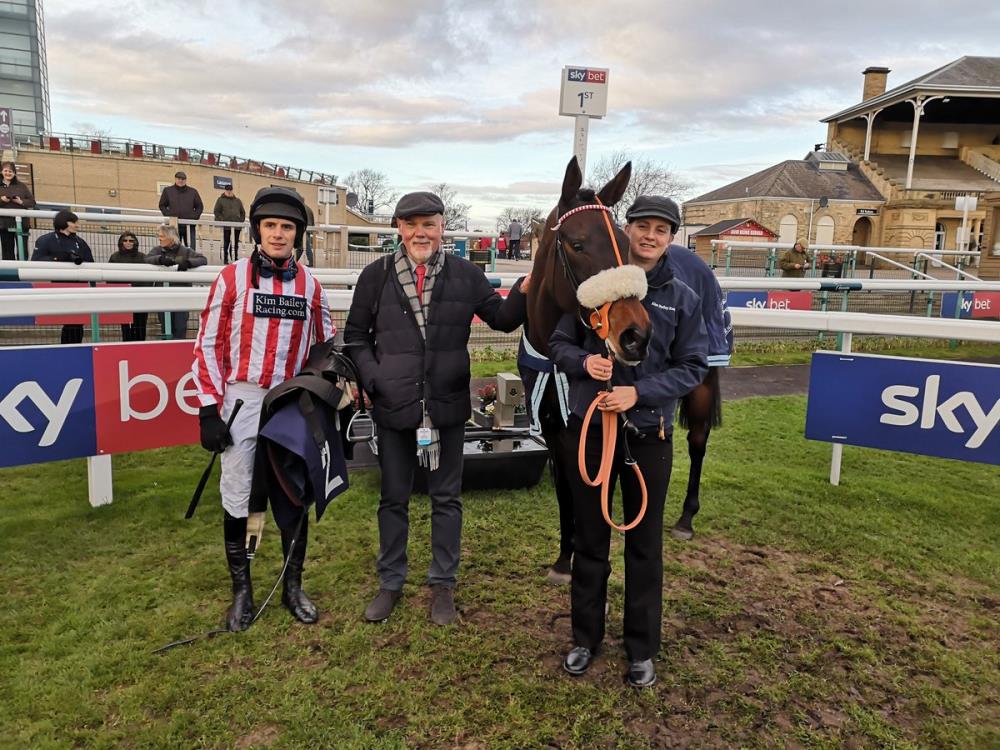 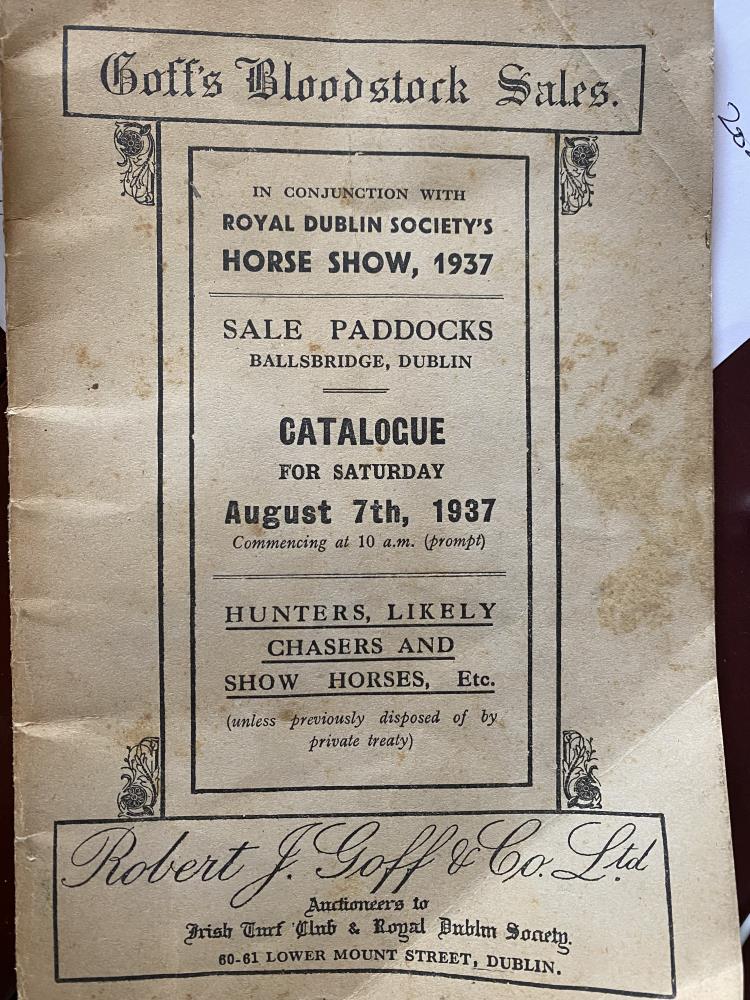 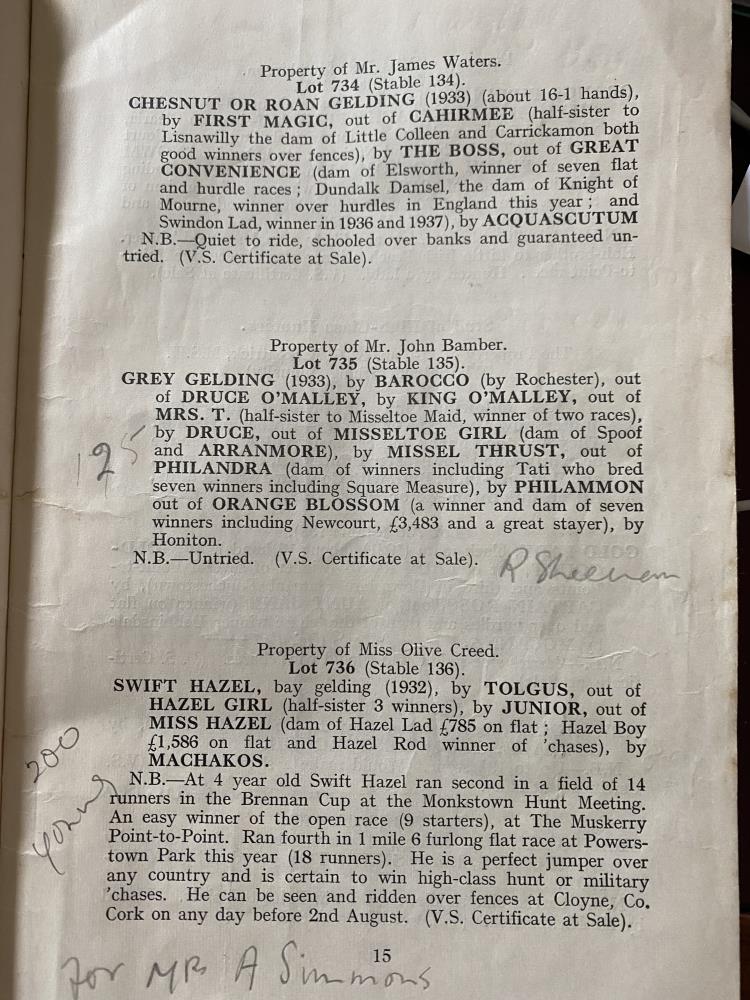 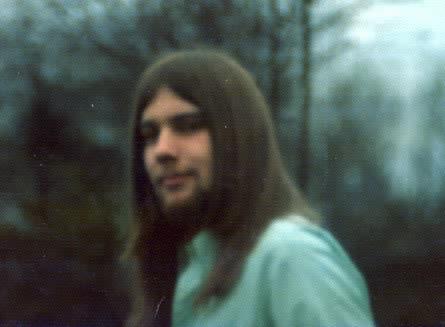