What a shocking weekend of weather..

But what a weekend on the horse front.. Two winners..

We all like surprises and Rockys Treasure's win gave us all a very welcomed one..I was hugely concerned that the ground would be too soft for him .. I know he likes Doncaster, well in fact he holds the 3 mile track record, but as you can imagine the ground on Saturday was very different to what it was 2 years ago when he won the Grade 2 novice chase there in record time.

Rocky showed that perhaps he was coming back to himself when running a better race last time at Newbury, but it has been two years to the day since his last win.. Perhaps some horses need a year to recover from a busy season?

Whatever, Saturday's win was very exciting as he jumped off in front and bar a mistake he was hardly headed.. Although I have to say I was pleased to see him passing the line in front.. if only just!

He has now won three times at Doncaster..

Delighted for his owner John Perriss who just loves Rocky.. A good day at Donny.

I was at Hereford where Lord Apparelli finished 6th.. he will now qualify for a handicap mark, so who knows he might find improvement for having one.

Blazon at Wolverhampton..well the race was run far too slowly for him..

Yesterday Balleticon..What a blast!! Some performance to win at Southwell..

What can I say about Balleticon’s win..

Firstly I so wanted this win as his owners have been, and are such supporters.. and have been so patient.. 705 days since his last run….

David Bass, who is riding with such confidence jumped off in front and was never headed..

I just wonder what the others jockeys think when they see David in front!!?.. Let him lead .. we will follow…

Joking apart Balleticon is far from easy and my head lad George Savill who rides him out every day, must wonder why he has the pleasure?? Ballleticon’s legs are like glass and he has to go out on his own and pulls like fury everyday. Yes hardly fun to ride, so a huge well done and thanks to George.

I have always said that I am only as good as my team and yes it is just so true. We are having an unbelievable season and yesterday's win was our 38th of the season. Huge thanks to all and of course to that vegan loving and slightly (un) sustainable jockey David Bass who does not know when to give up.

But without owners where would we all be..very unsustainable..so thanks to the Peter Kerr' and the KBRS In For A Penny who are Warren Bolton, Tim Craven, Nick Cook, Matthew Dove, Peter and Thelma Leslie, Peter and Moo Mordaunt and Geri Worcester.

AND a huge well done to Warren and Matthew for their first ever winner.

Monday morning and some very fresh horses, we like that.

We should have just the one runner today at Ffos Las but Donnie Brasco misses his day in the mud as Ffos Las has been abandoned due to flooding.

In the 1400s a law was set forth in England that a man was allowed to beat his wife with a stick no thicker than his thumb.

Hence we have 'the rule of thumb.'

Many years ago in Scotland , a new game was invented. It was ruled 'Gentlemen Only... Ladies Forbidden'... and thus the word GOLF entered into the English language.

To finish, a very happy birthday to my longest serving member of staff Liam Higgins. Higgs has been with me for 4 decades...A legend. 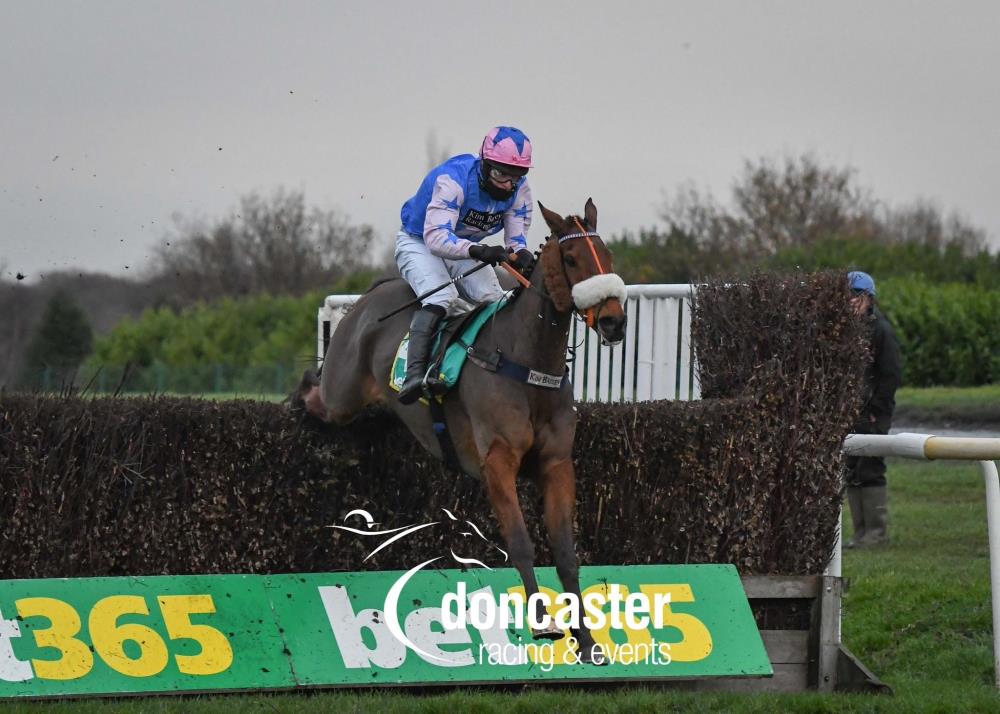 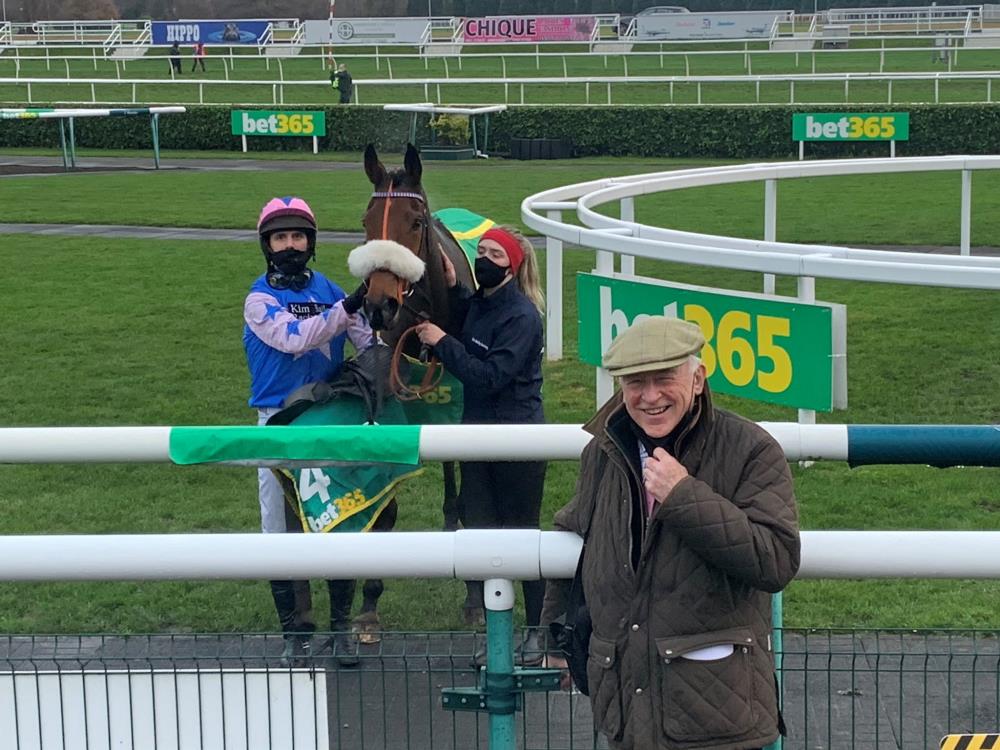 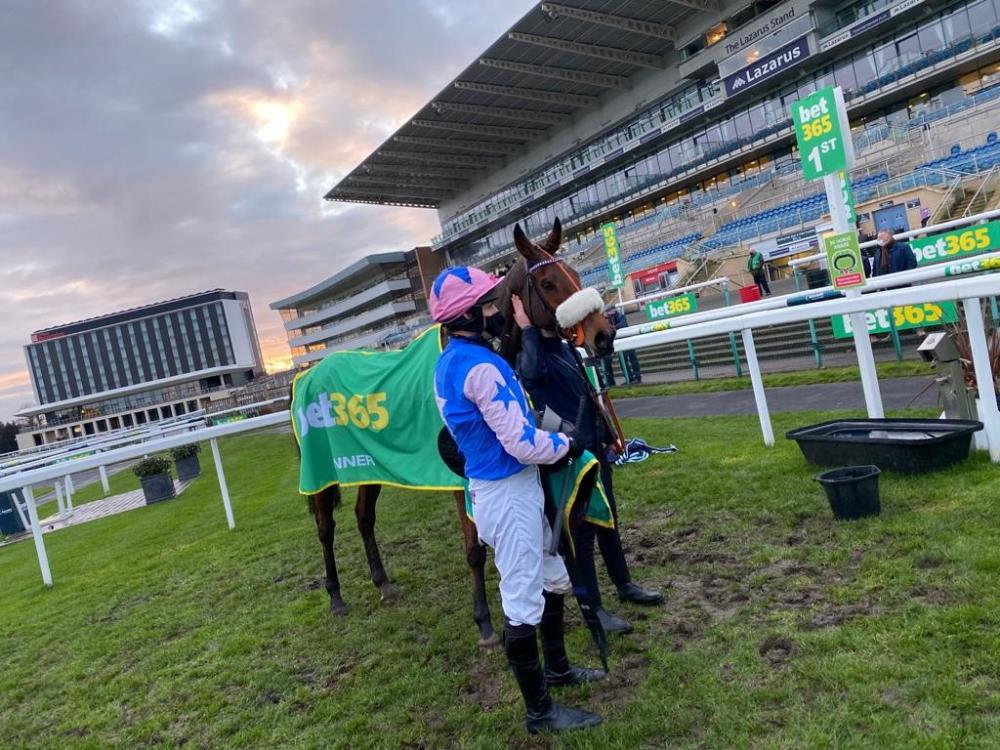 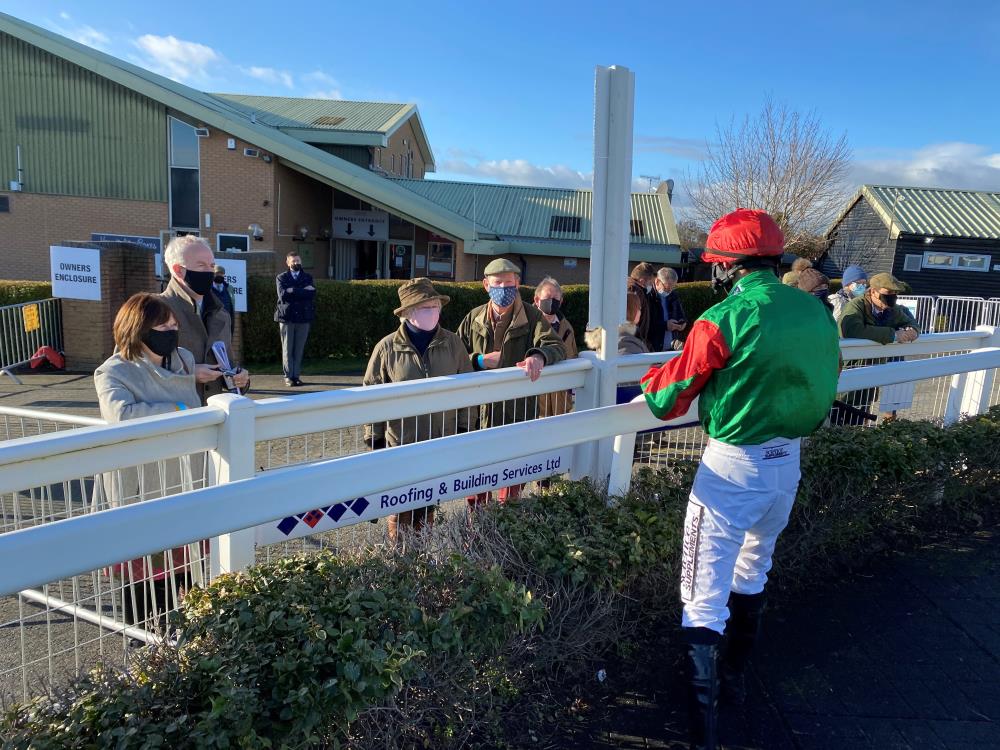 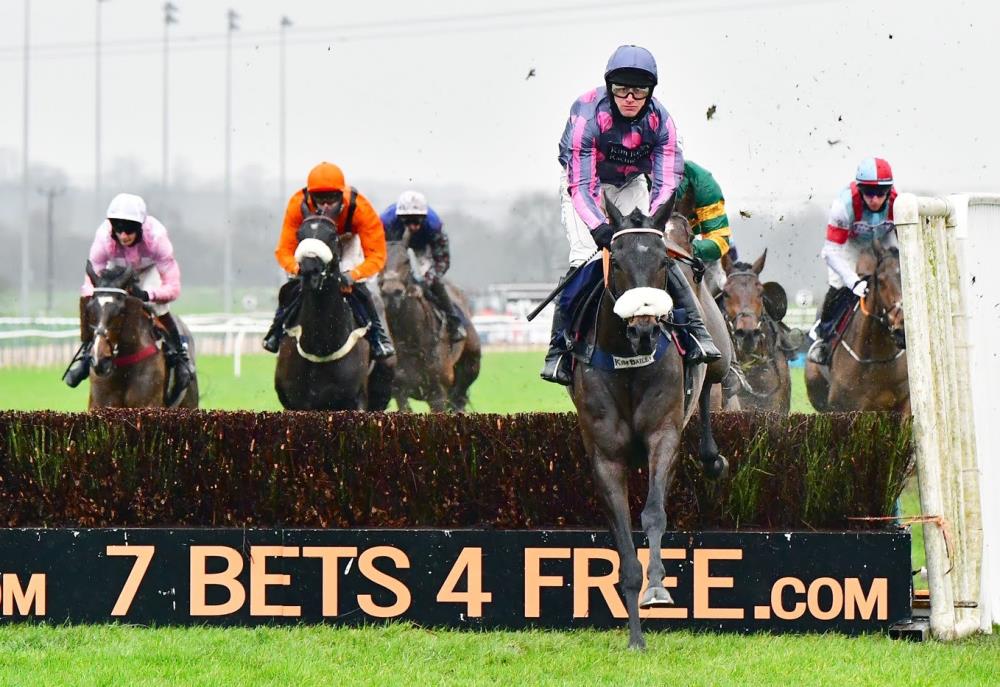 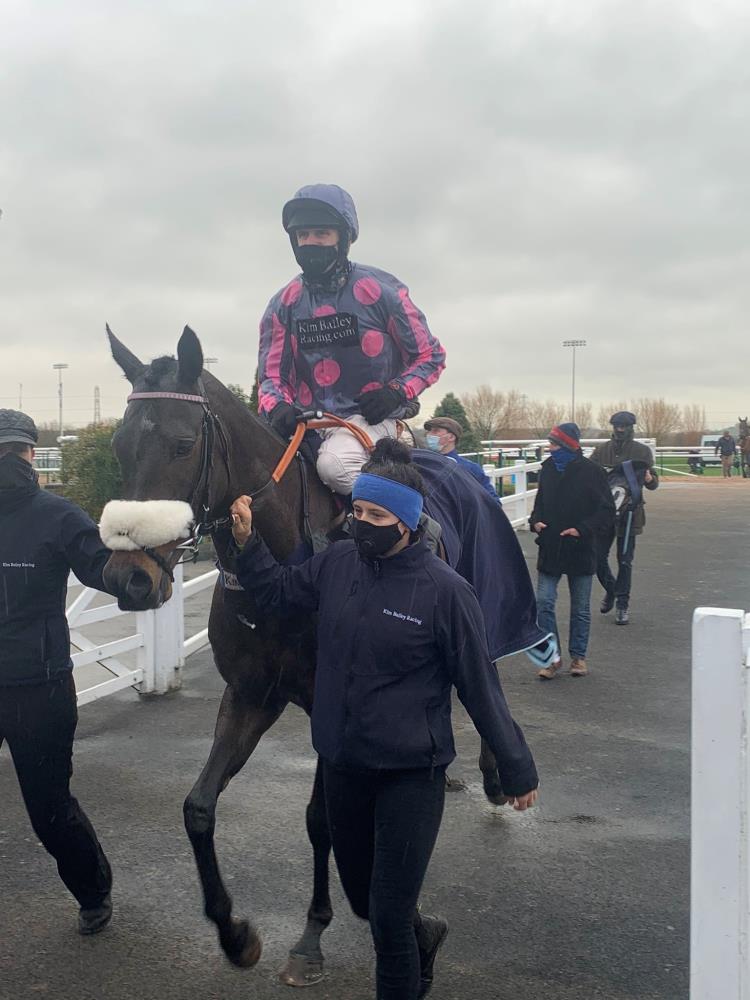 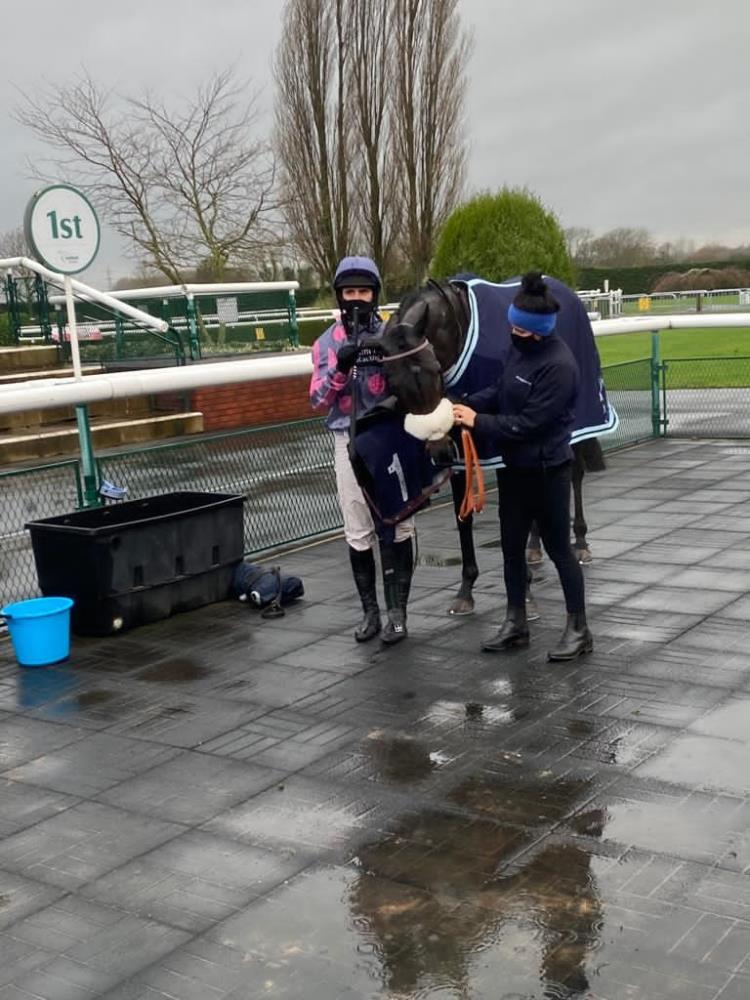 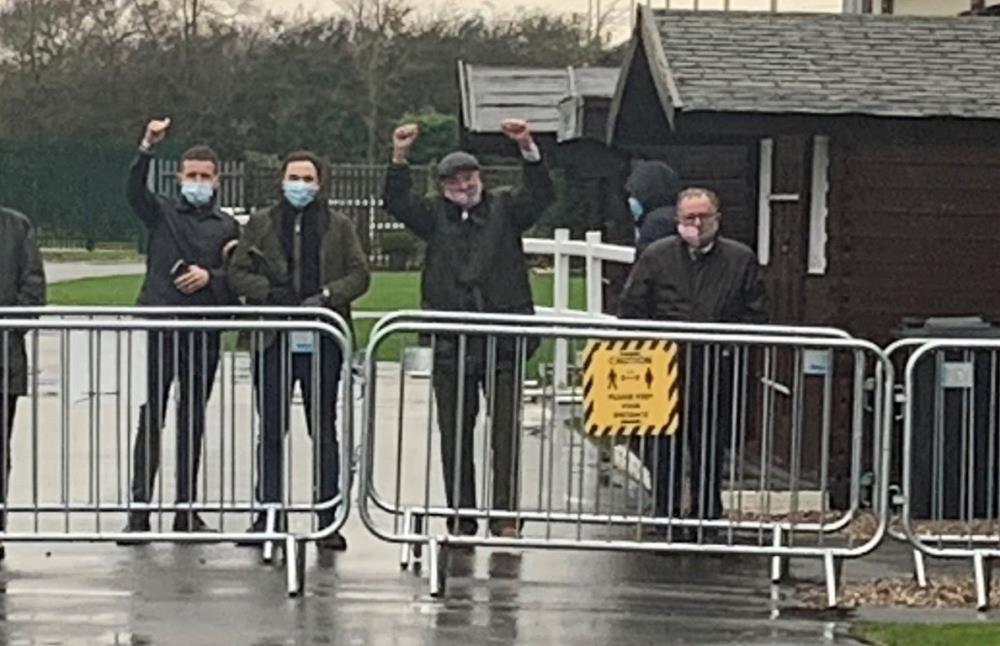