Not sure for how much longer judging that Storm Brendan is set to hit the country later today.

Saturday morning I left here to go racing hoping for a winner to break the mood.

I arrived at Warwick to saddle Two For Gold only to find their car park just about full, semi flooded and full of mud.

I parked behind Tom Lacey who gingerly stepped out from behind the steering wearing his light weight moccasin driving shoes..

Tom had to creep round to his boot trying not to submerse his very expensive looking suede loafers..

He finally managed to get his wet weather brogues on, but his smart shoes certainly looked brown rather than pale when he took them off.. probably ruined..

At least his trainers percentage for winning the big race of the day with Kimberlite Candy would have paid for a new pair.

I watched Prince Llywelyn from the paddock and my mood was not going the right way when he finished second.. Poor PL simply hated the drying tacky ground at Wetherby.. if only it had rained to loosen it .. Anyway he ran well enough, but this game is not about seconds.

In the paddock at Warwick Two For Gold was on his toes and needed two people to lead him round. He won best turned out and by the time I legged David Bass on to him he was very much in a going mood.

David loves Two For Gold and just loves the way he jumps. The combination was always going to be exciting to watch and this being an ITV race it was going to be fun too.

Jumping off handy TFG was just behind the leaders for most of the race and then 4 fences from home David set him alight with a huge jump.. Landing in front he was off and setting sail for home…

Catch me if you can tactics, but when Hold The Note cruised upsides over the last I thought here we go again.. another second….

TFG is very tough and loves a battle and battle he did, and all the way to the line the two horses fought it out.. The good news was that Two For Gold held on and won by half a length..To watch click here

Huge excitement from Aiden Murphy’s box as I bear hugged one of TFG's owners Stephen Cannon in celebration..... Stephen now needs a back operation.

It was a great win. A Grade 2 and a poignant win. Part owner Kevin Clancy was on the phone in seconds from St Lucia and as was Oli Bell from South Africa..

I was a fantastic ride from David Bass.. as they said 'Disco Dave at his very best'..

Clare and I had a quiet celebration supper at The Ivy last night while Archie was having cricket coaching at Cheltenham College.

David and Shantha Shuttle were here third lot to see their KBRP horse Does He Know.. Happy birthday David..

He is one for Tom Lacey..

Name 6 or more things that you can wear on your feet beginning with the letter 'S.' 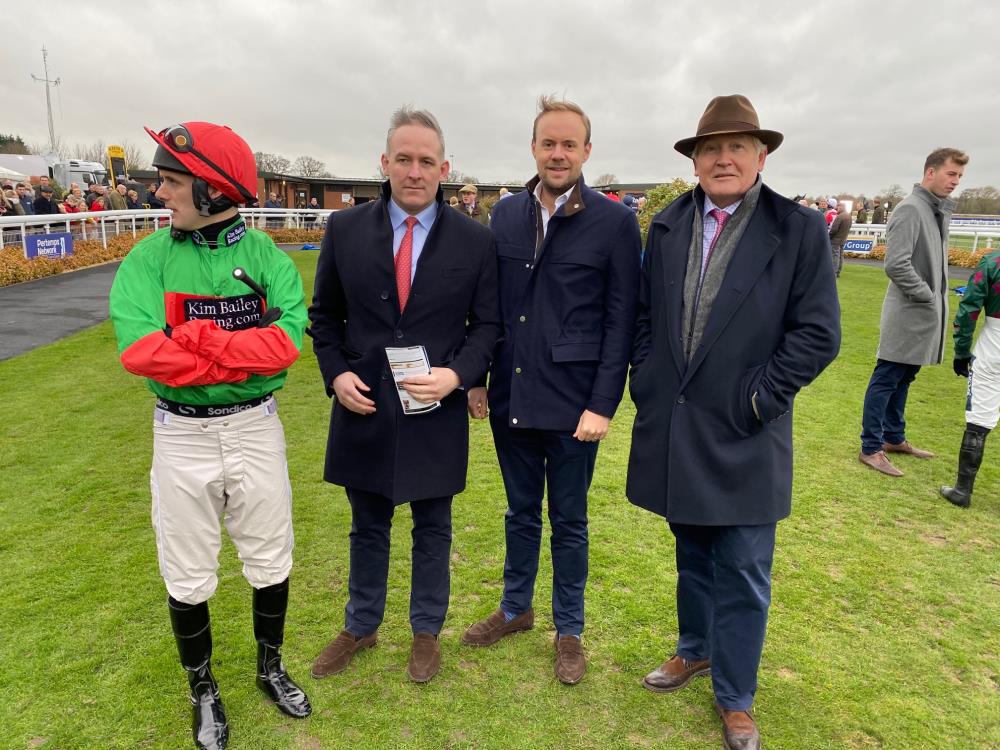 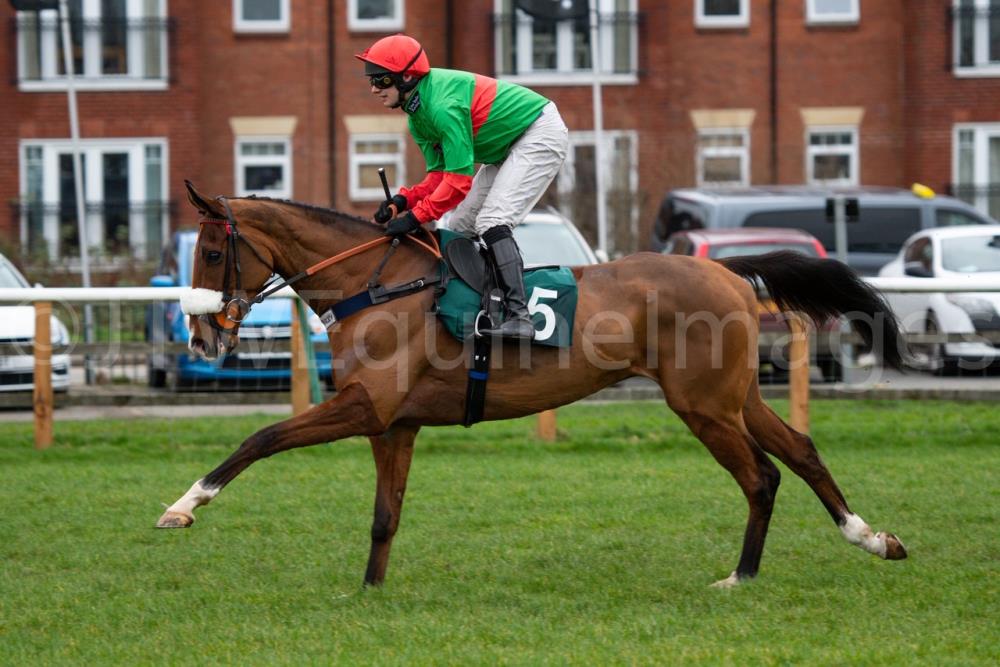 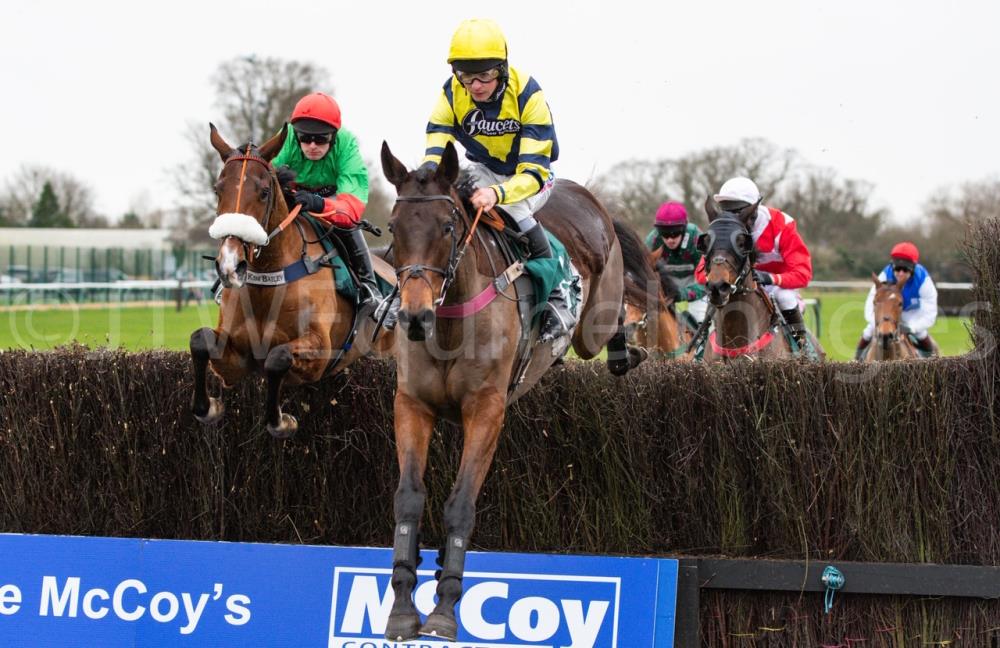 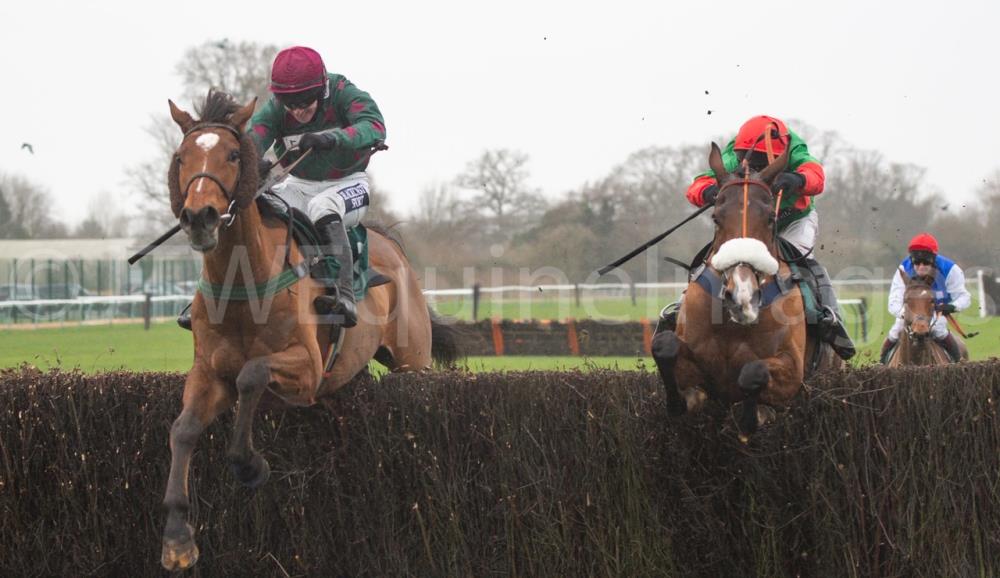 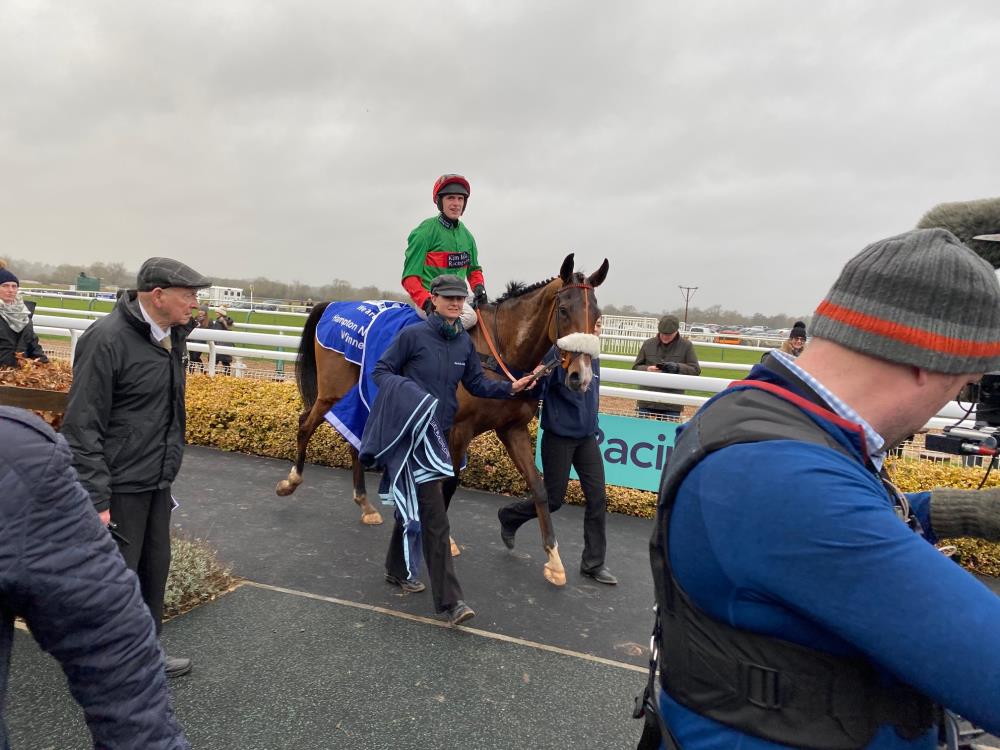 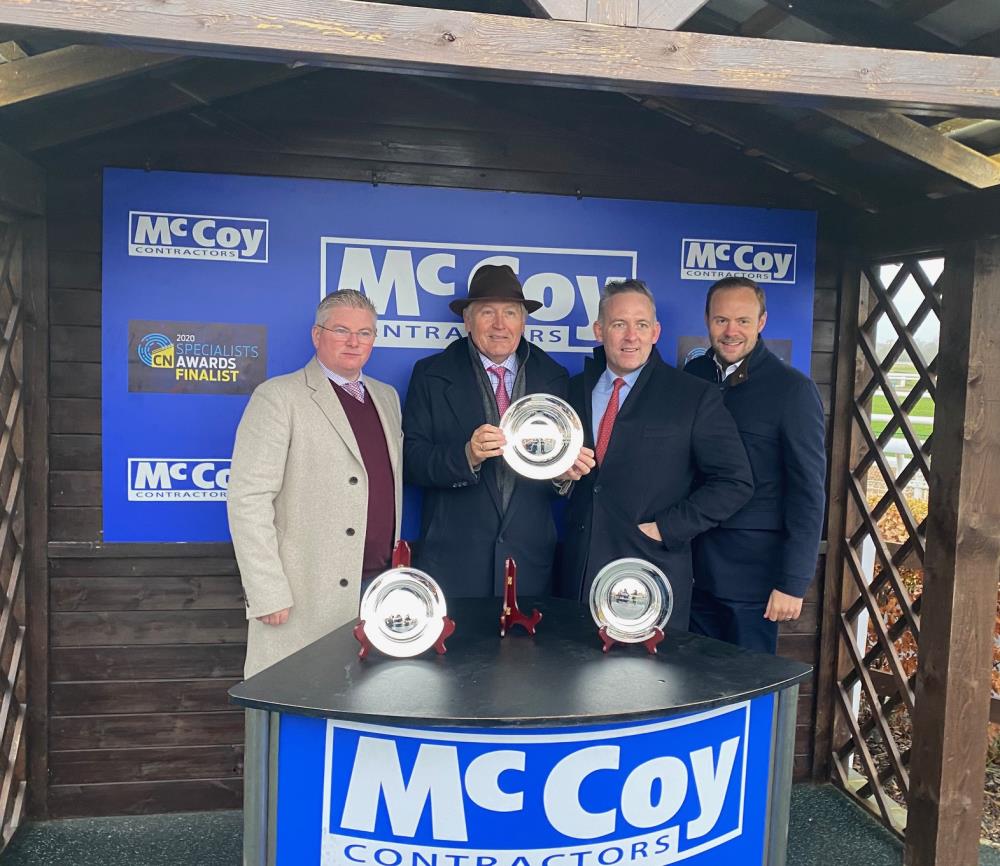 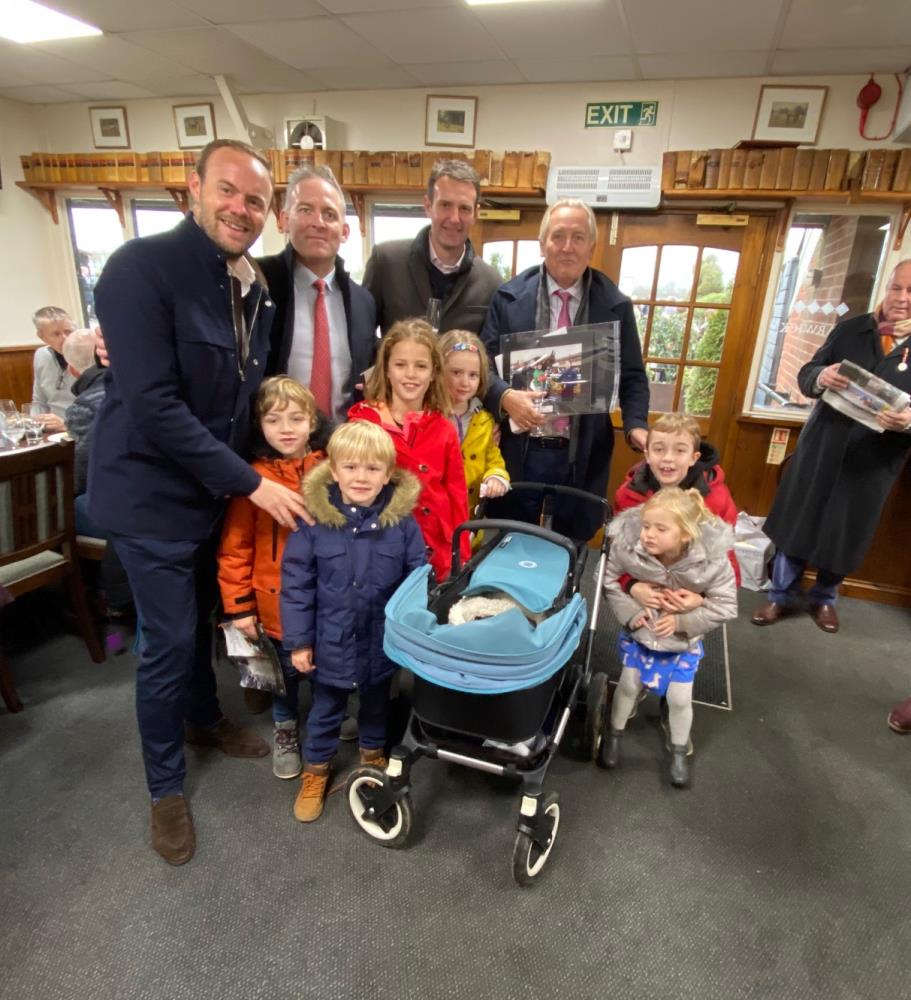 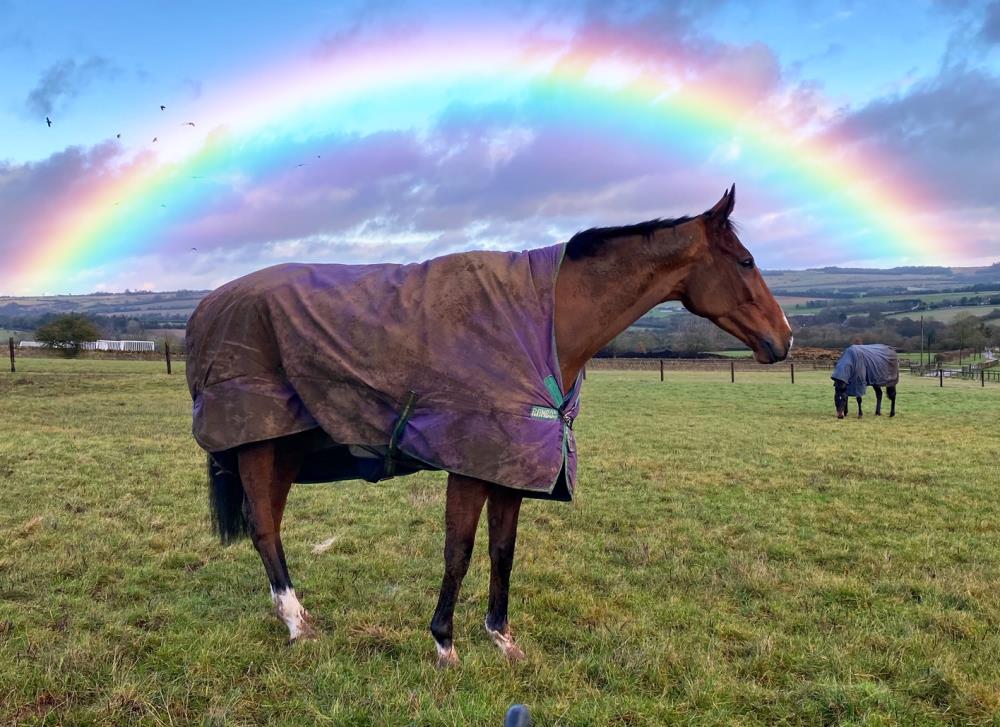