Not a bad weekend?

Saturday started with Fair Frontieres winning at Warwick.. It might have only been a 3 horse race but it was a mighty competitive one and FF was the outsider of 3 at 5/1..

Hard to believe on one bad run at Sandown, but having said that we were hopeful.. FF bolted up on his first start at Worcester and bombed out at Sandown.. A break and an easy lead helped as he was never headed..

A cracking good ride from Johnny Burke, who is not a bad replacement when David and Ciaran are elsewhere.. Thrilled for The Front Ears syndicate who have been very patient.

Uttoxeter was next where Chazza again ran a far better race.. he finished 4th but should have finished second.. just beaten and just pleased to see him get back on track. Ciaran Gethings doing the steering there

Sadly at Newbury Imperial Aura did not get back on track.. He looked amazing before and in the race, and looked like playing a major part when going a couple of lengths clear turning for home.. but then he stopped like he was shot and pulled up..

Post race scope showed that he had broken a blood vessel.. His season looks over sadly.. He is hugely talented, but this is something we have to sort out.. we will..

The journey down had a stop over at Gloucester Cricket ground to do a PCR test.. off after and then I arrived at Exeter as my two horses arrived in the paddock.. in the rain..Both looked fabulously well in the paddock and Trelawne beat Captain Rose for the best turned out prize..

As with all our runners both horses jumped off handily, and frankly the ground looked damp to say the least and I really could not see my fluffy white nosebands after a mile or so.... Standing and watching next to Jeremy Scott I asked him if he could make out my runners.. he said one was in front that the other in 4th…. Well that was nearly how they finished..

Thrilled for Sandra and Martyn Steer-Fowler who bred this huge son of Geordieland.. time and patience has been needed as it has not been an easy journey..Thanks to Martin Jones and Jason Maguire for all their hard work..

Yes racing ownership needs a bit of patience at time..You can’t beat the feeling of breeding a winner and it was 12 years ago in the very same race that Sandra and Martyn had their first ever winner with Real Treasure..

The Real Partnership .. Sandra and Martyn-Steer Fowler, Tim and Anita Dymond, Robert and Katy Axcell-Steele and John and Veronica Full..

Pleased to say that all our weekend runners are fine after their races.

So a good weekend.. It was also good to see new Jockey Club member Carolyn Warren make her first venture to Exeter after I believe her first to Huntingdon last week.. Married to the Queens racing manager John.. Carolyn will be a huge asset to JCR.. Also good to see Kirsten Loyd racing.. another who would not normally be seen on a wet day racing at Exeter..

So I leave behind a good week of winners.. Now that I am away from tomorrow.. Maddie is in charge of the blog and Mat will be pouring through the programme book to try and train as many winners as possible while Clare, Archie and I are in Sri Lanka watching Archie play cricket for Gloucestershire under 18s..

My phone might be on silent, but I will be watching..I am not good at realaxing.. thankfully the time difference helps too..

On that happy note have a great time without me and enjoy the change of scenery..

Mat and I seem to meet annually, early doors, in the local garage scouring for a suitable card! 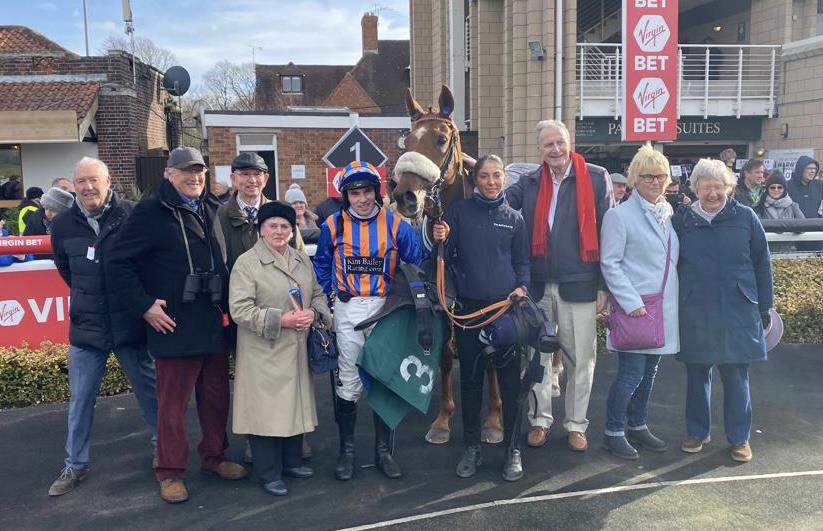 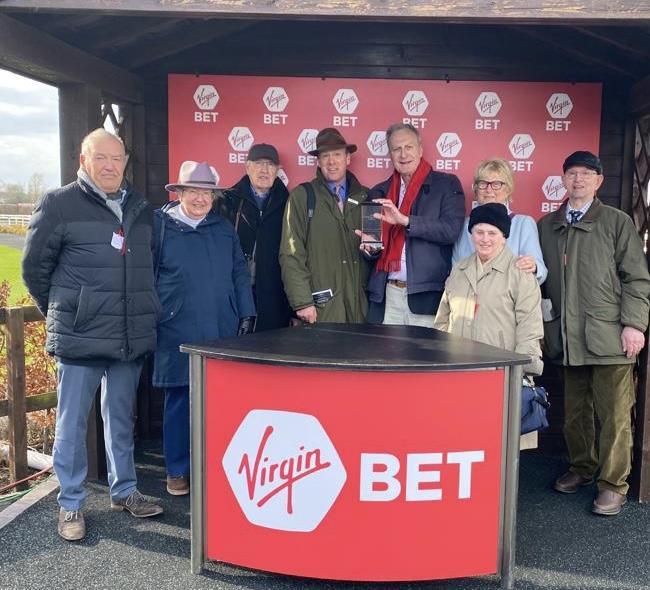 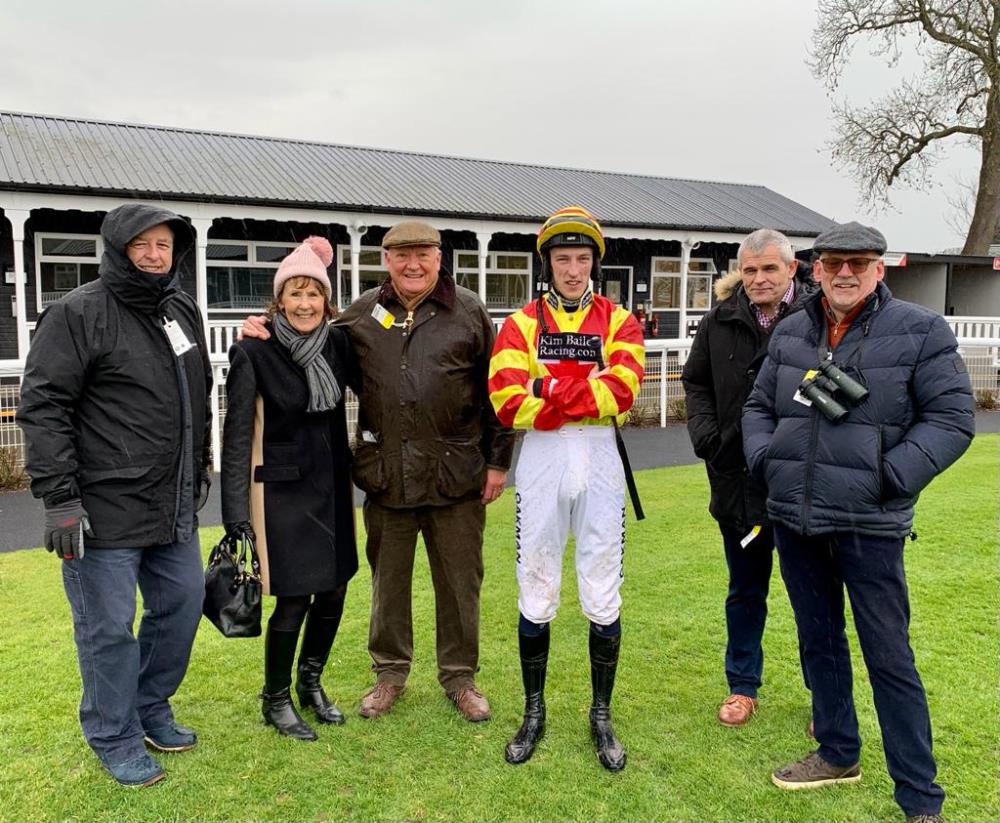 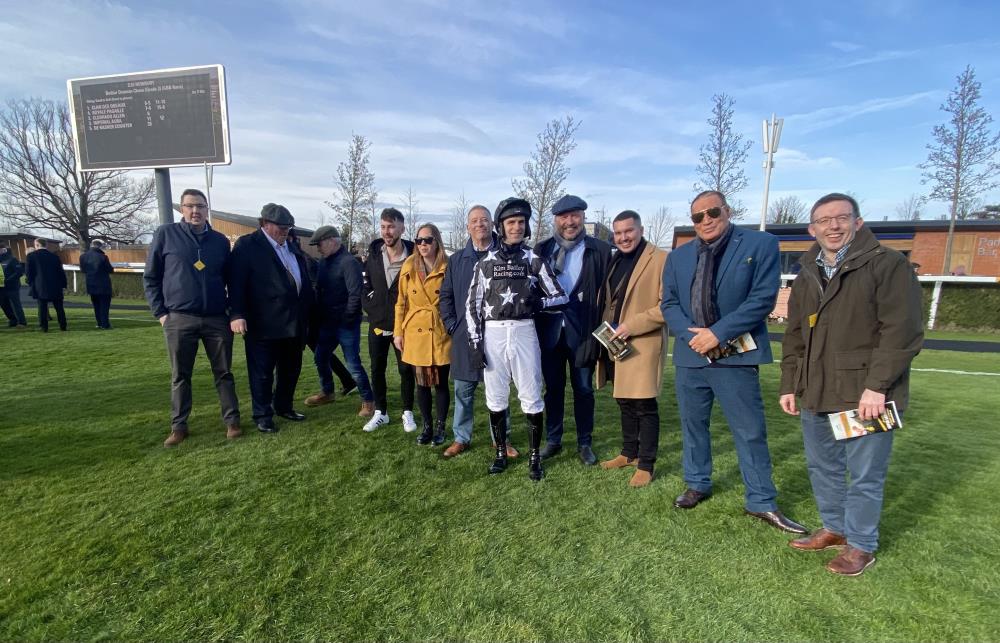 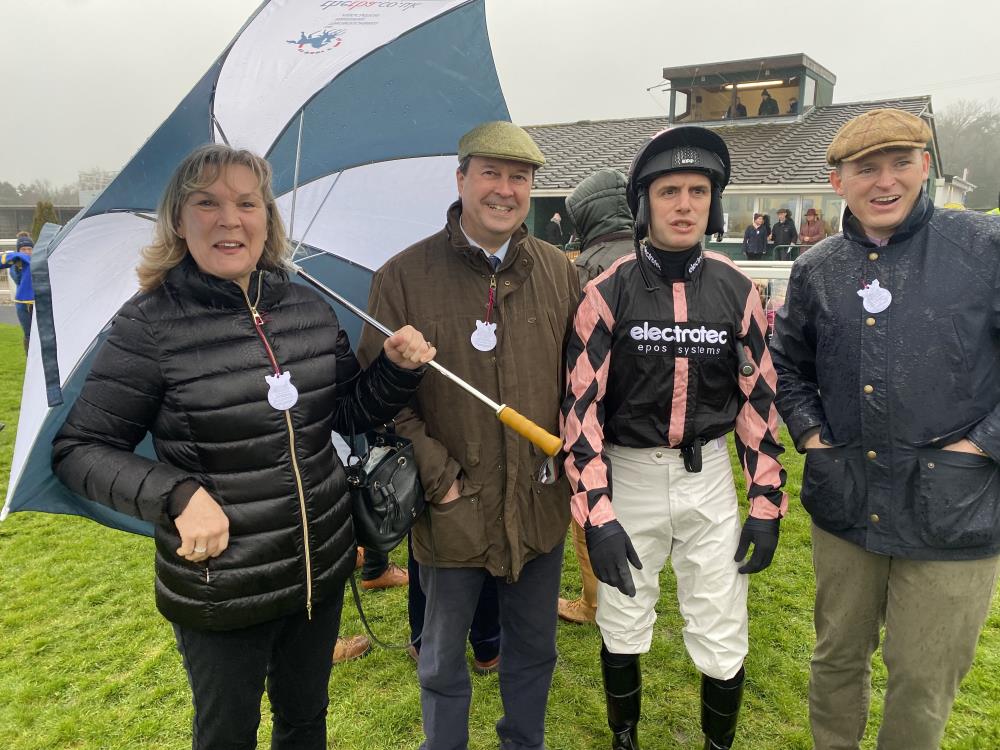 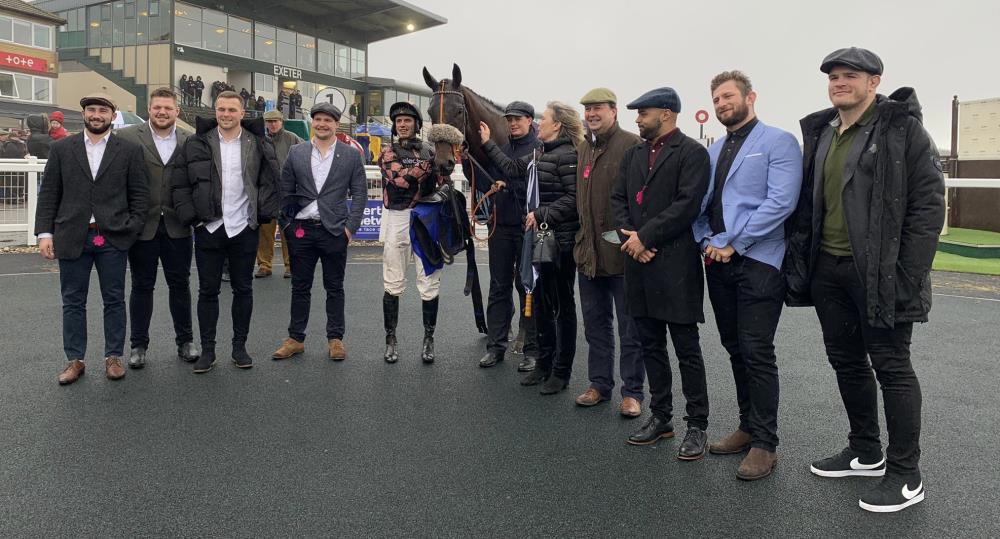 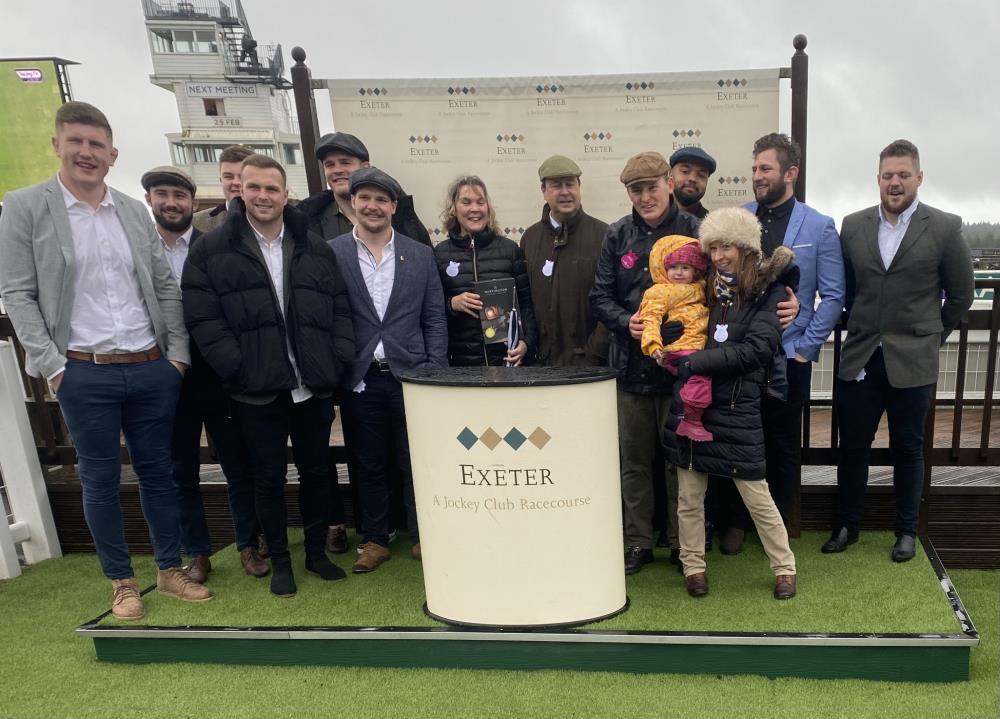 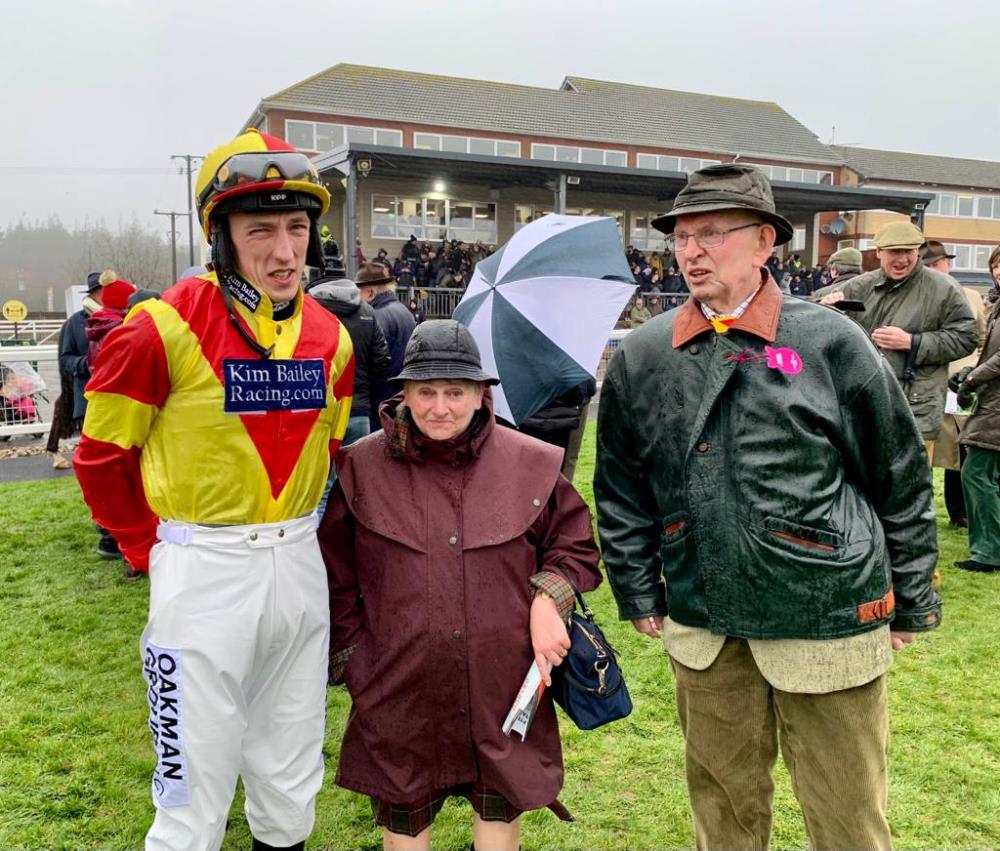 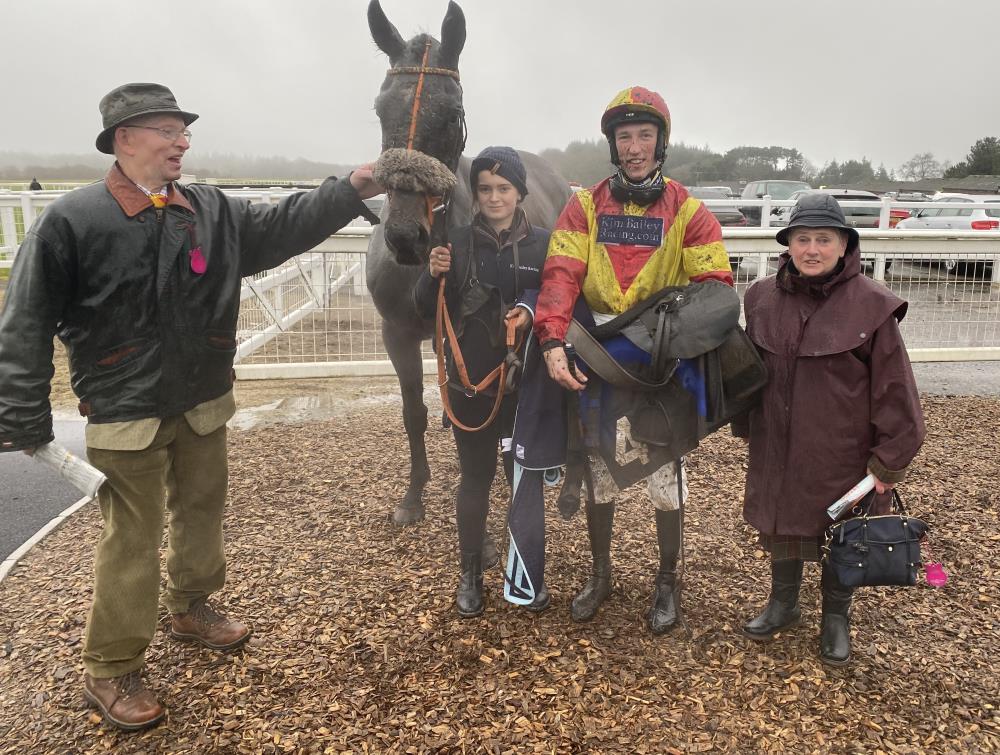 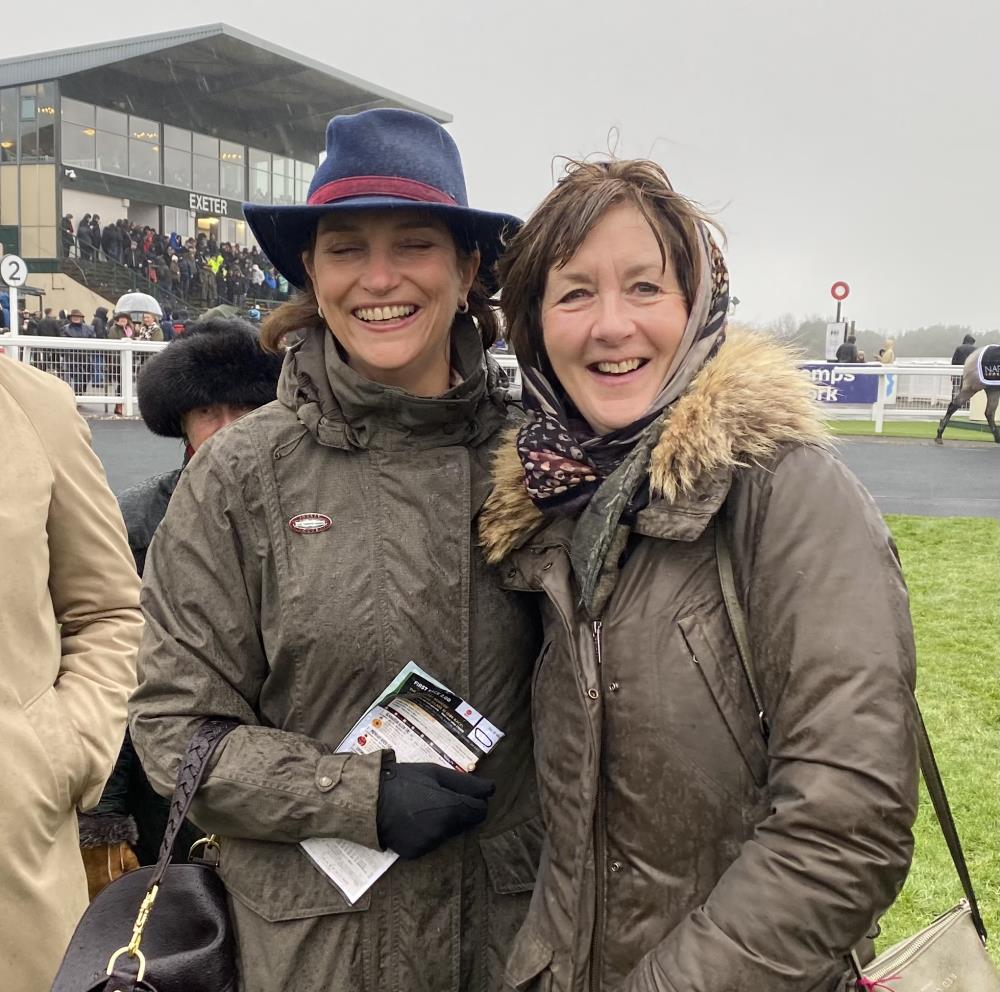