It was 0 degress and dry first thing this morning. We had quite a hard frost overnight.

It was cold biking back from the yard last night.. Archie and I cycle up to Thorndale after he has finished school lessons..It is mostly down hill on the way home..

Talking down hill, Mrs B thinks she was caught by a mobile speed camera on day one of being allowed out.  She is not happy..

The race is on to see who is the first racecourse to have flat racing after lockdown. Chelmsford looks odds on.. Hurrah for Essex..

There are not many trainers with a sharper brain than John Gosden.. His comments make good reading as they are always measured and coherent.. unlike many? This is his latest..

Vince Burmingham has shares in our KBRP horses Commodore Barry, Does He Know, Arthurs Sixpence, Subway Surf and Hendra House.

Over to you Vince...

'After all the negativity in the press surrounding the safety of residents in care homes, I thought it might be enlightening to share with you the Hendra story over the past two months.

After the joy of Cheltenham few of us could have foreseen what was around the corner, especially those of us involved in the Social Care sector.

Whilst we had been aware of the impending pandemic I must admit I along with many other people was a little dismissive of the degree of risk being forecast, that was until our Care Manager returned from a meeting with a much respected local GP who had forecast that they were expecting to lose up to 400 patients if the projections at the time were to be believed.

Such concerns were further compounded when I spoke to my daughter who is an Intensive Care Nurse and she informed me that even at 62 years of age I would not be guaranteed a ventilator if I contracted the virus.

This was indeed a reality check both personally and for the home and the focus of our future contingency plan changed dramatically.

As much as I love seeing my horses run the welfare of my staff and my residents became my main priority and was the reason, I decided not to travel to see Commodore Barry running and winning at Wetherby the following day.

Immediate issues which had to be addressed included the likely banning of visitors to the home, not a nice decision especially as Mother’s Day was approaching.

However, we soon realised our biggest challenge was how we could maintain staffing levels at the home especially as many members of staff had young children at school and may be required to provide childcare at home for them. Our staffing availability was further compounded by the fact that three members of staff would need to self-isolate for various medical reasons. Potentially we could lose eighteen of our thirty-eight staff.

By addressing the childcare issues we believed we could reduce this number by nine and set about converting the flat at the home into a temporary creche, thankfully this issue was minimised when the government identified that childcare provision would be available for keyworkers.

We have always prided ourselves on the fact that we had never used agency staff since we acquired the business in 2002 with existing staff covering additional shifts to ensure that our residents received care from people who knew and fully understood their individual needs.

To my amazement, and to their credit the staffing issue was quickly resolved when eight members of staff volunteered to remain at the home for the foreseeable future working 12-hour shifts ensuring all aspects of the homes running were maintained. The logic behind their decision was that with less people entering the home the risk to our residents would be greatly reduced.

This was an amazing act of commitment and selflessness as the length of time away from their own families was unknown.

The plan was that Lindsay our Care Manager would remain at the home and I would work from home via a link to my office thereby ensuring that we could maintain both the care side and the business side of the operation.

After discussions with the staff it was agreed that the remaining staff members would be placed on Furlough leave with the proviso that they could be recalled if necessary.

With the support of the government and our fantastic staff team we had addressed all the immediate issues within a very short period.

Our already strict infection control procedures were enhanced with staff and residents having daily temperature checks to pre-empt any potential signs of infection at the earliest opportunity.

The press made a big issue of Personal Protective Equipment (PPE), but in our case, this did not present too much of a problem as we always maintained a 6-week stock level.

We received 500 facemasks from the NHS (albeit they were out of date). We have never used face shields but fortunately a local manufacturer who had diversified his production line provided these free of charge just in case we needed them.

Sadly, as the pandemic increased so did the cost of the consumables by nearly 400% in some cases.

We purchased scrubs for all the staff to wear as they do not have any zips or metal fasteners which again minimises the risk of potential infection.

As events escalated the biggest logistical challenge was maintaining sufficient food stocks. This was compounded when the local supermarket reduced deliveries to once a week and cancelled the previously booked twice weekly deliveries that we had enjoyed for many years. As well as reducing deliveries they restricted the amount of food we could order despite informing them we had 28 residents and eight staff to feed.

But in true Hendra spirit our Furloughed staff came into their own as they offered to shop on behalf of the home to ensure we had sufficient supplies, this being in addition to collecting prescriptions and other items staff or residents required.

Logistics and staffing sorted we acknowledged that we still had to operate a vibrant and stimulating environment for our residents to ensure that what was going on outside of the home had minimal effect on them.

We had already installed the incubator so we could hatch our Easter chicks as in previous years, and again the staff went the extra mile to ensure the home remains a place of fun as the video Kim placed on the blog recently demonstrates.

Not surprisingly and on reflection our residents accepted the changes with great vigour, which when you consider that many of them had lived through the war perhaps, we should not have been surprised.

Every Thursday staff on Furlough along with our neighbours gather outside the home to gather to clap in recognition and admiration for their colleagues, their enjoyment being further enhance by a visit by a crew from the local fire station who attended last week.

Almost seven weeks gone, and we have decided that for those who have worked so hard should receive some rest and recuperation. Four left the home on Sunday with the remaining four leaving next week, with colleagues coming in and replacing them on the 12-hour shifts, again to minimise the risk of infection.

So, what have we learnt?

We always knew that we had an exceptional staff team whose passion and commitment to their residents and their colleagues was unquestioned, this being highlighted when the home was voted National Care Home of the Year in November 2019 but we believe that the sacrifices made by our staff go way beyond what any employer could have expected or received.

It’s ironic that a Government Minister prior to the pandemic described as “unskilled” those who work in the sector, and might now reconsider her views and make a public apology and acknowledge the valuable contribution that many homes in the sector makes in their local communities.

But the most important thing is that whilst being in the highest risk category (two of our residents are over 100 years old),  not one of our residents or staff members have presented with, or contracted this deadly virus as a result of the diligence, support and commitment of our fantastic staff team.

Whilst the press highlights the poorer sections of the sector, I hope the readers of this feature recognise there are some very good providers like us looking after your loved ones.

We pray that we can beat the virus at the earliest opportunity and return to normality, whatever that might be.

And on a personal note I hope that Hendra House the horse trained by Kim has the same steely determination, commitment and bravery as the staff I am so proud to call Team Hendra.' 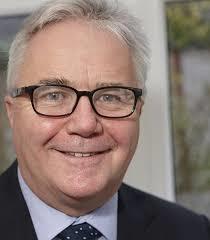 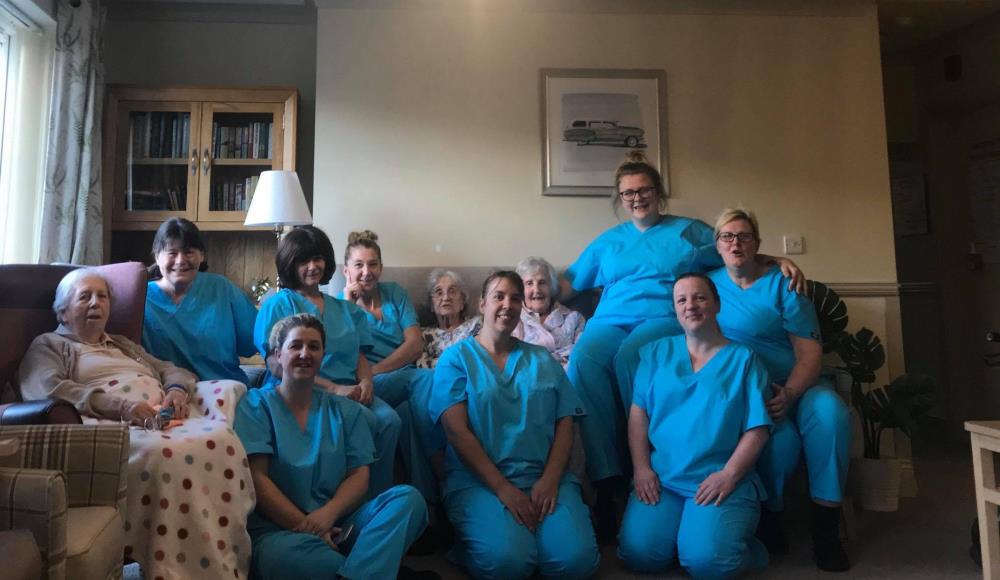 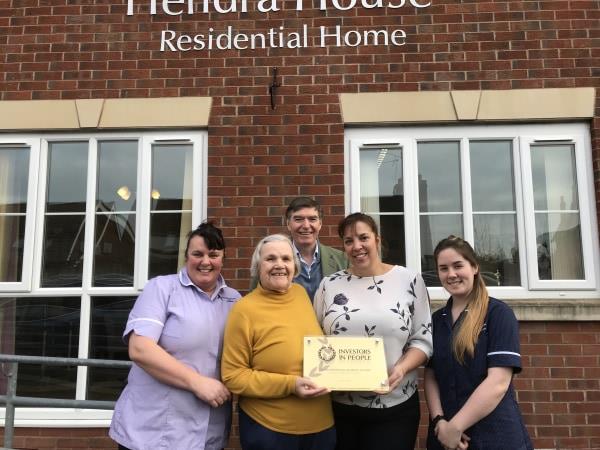 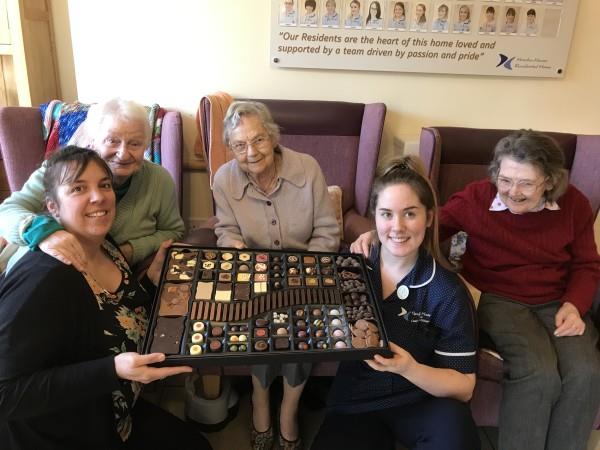 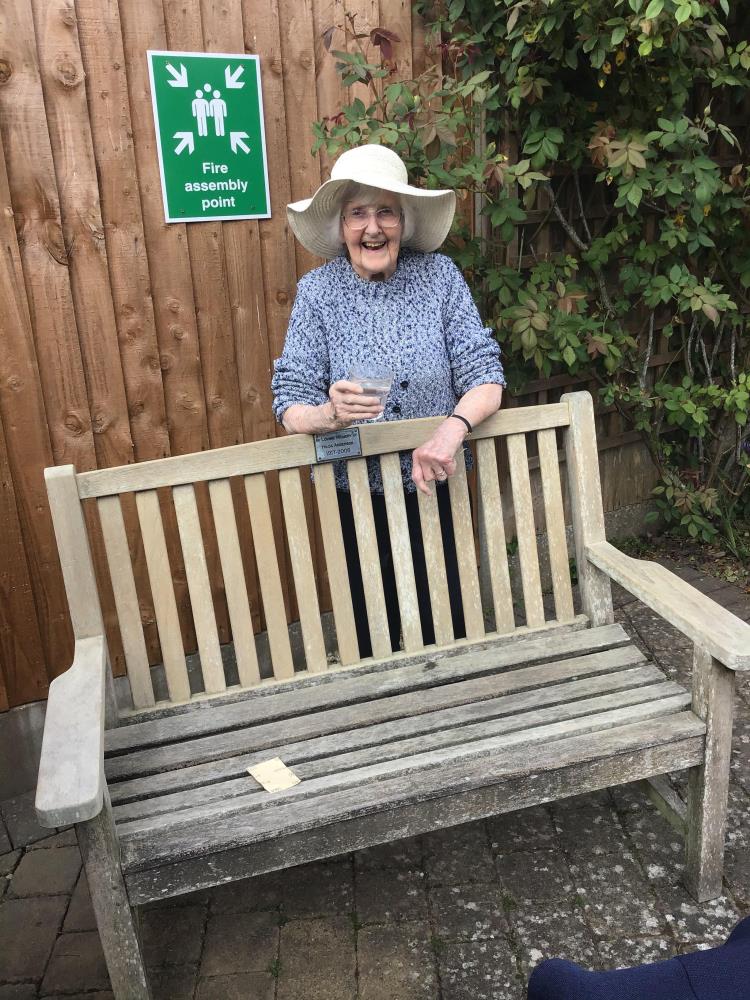 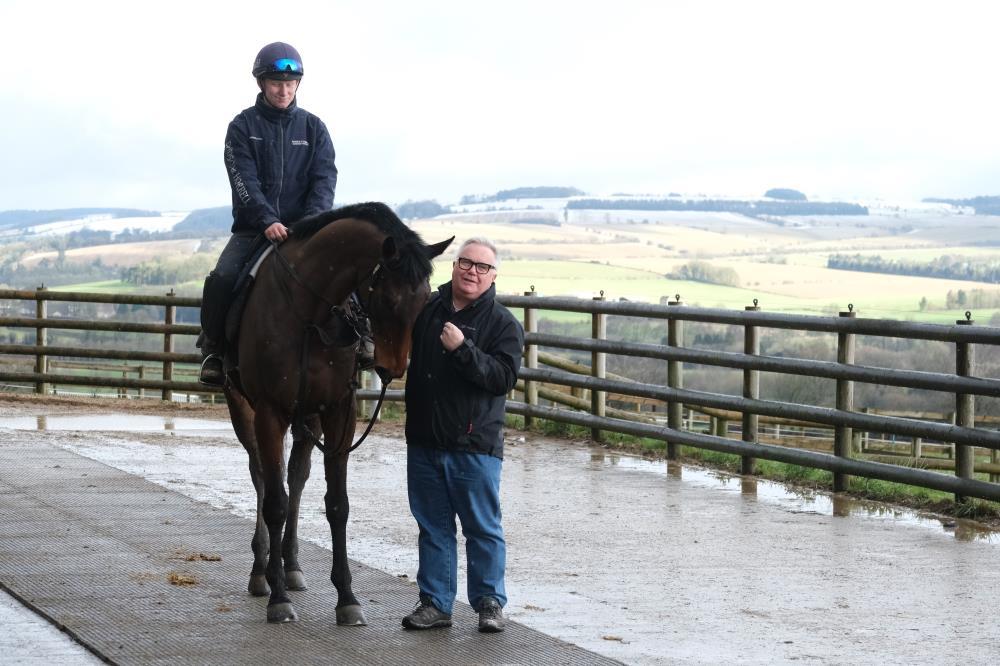 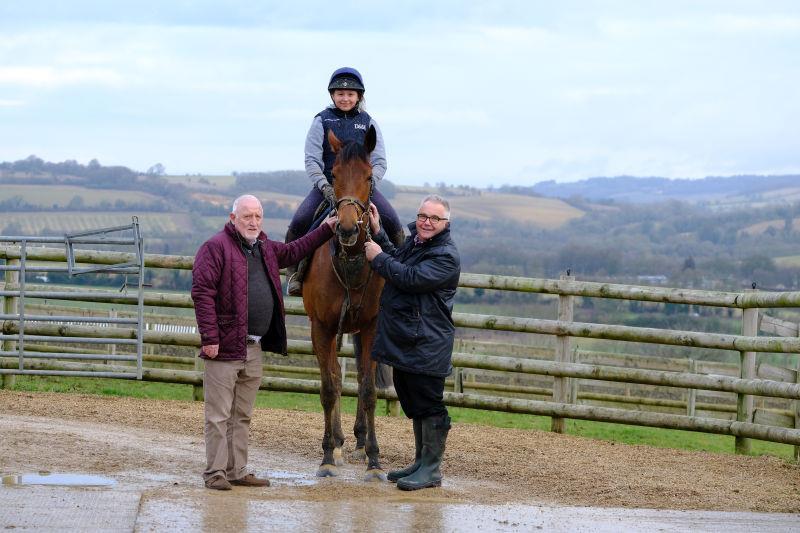 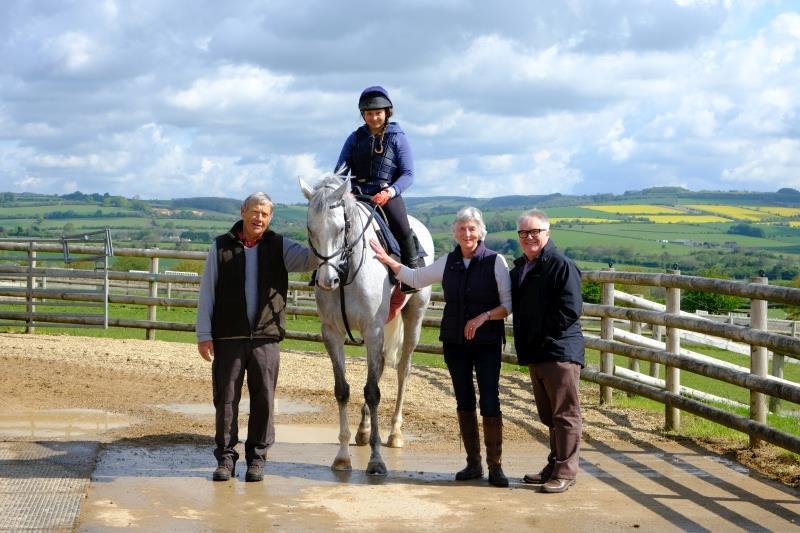 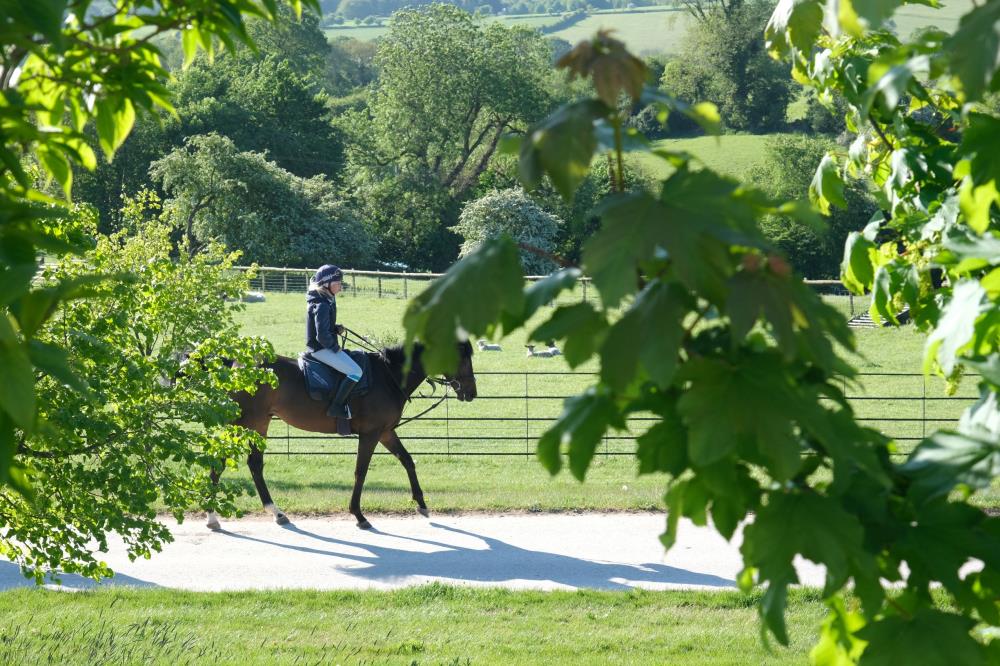 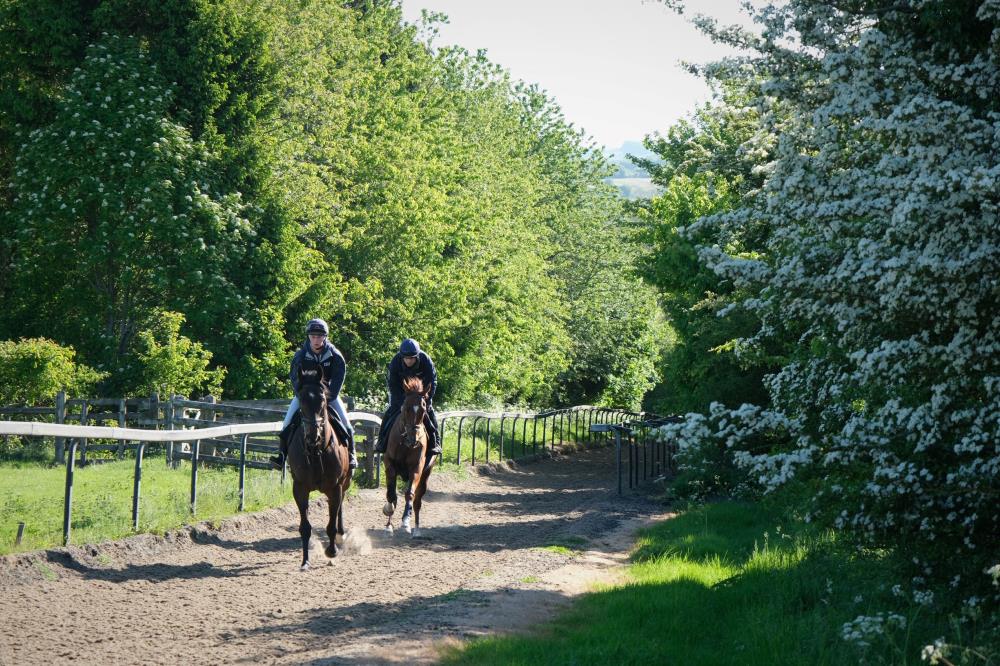 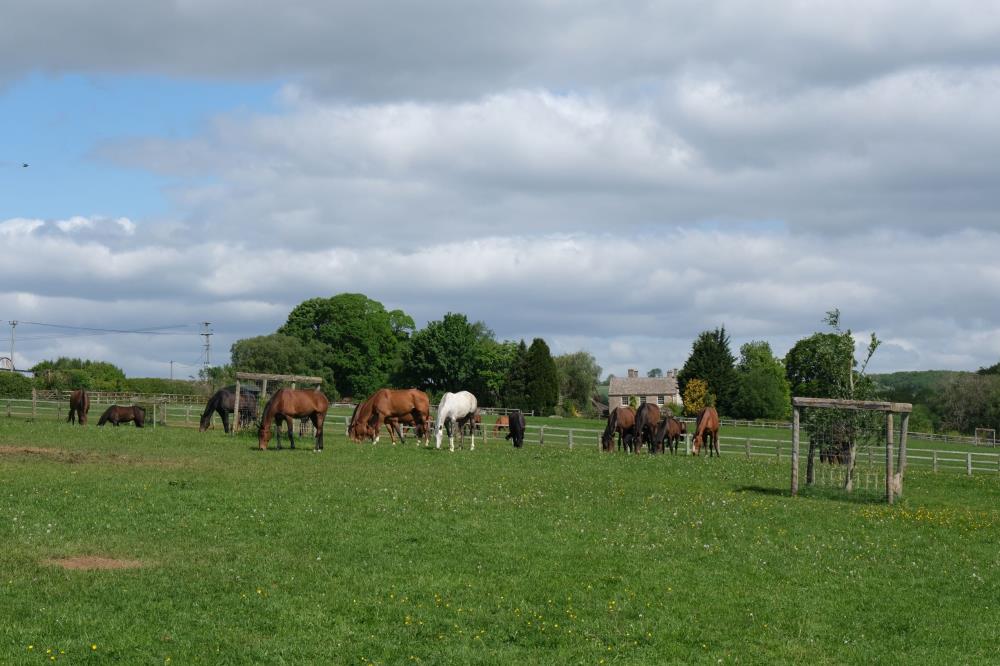 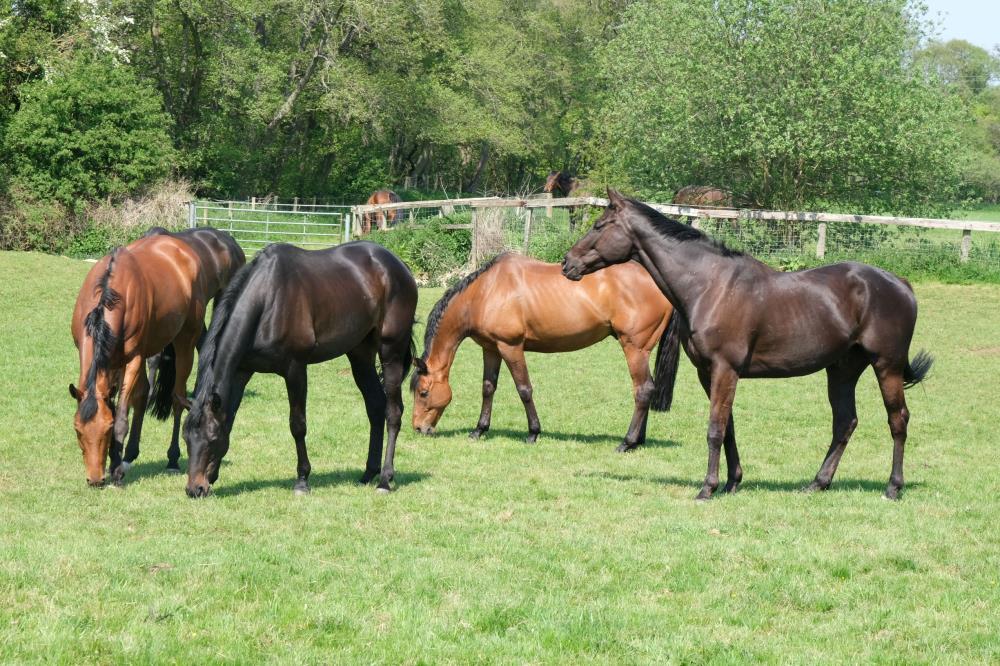 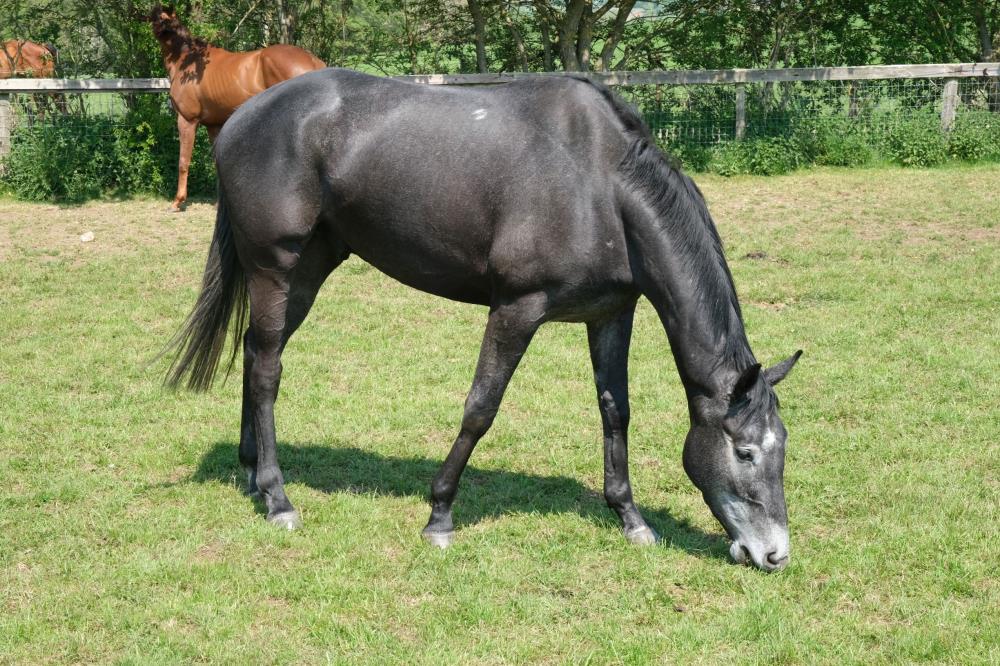 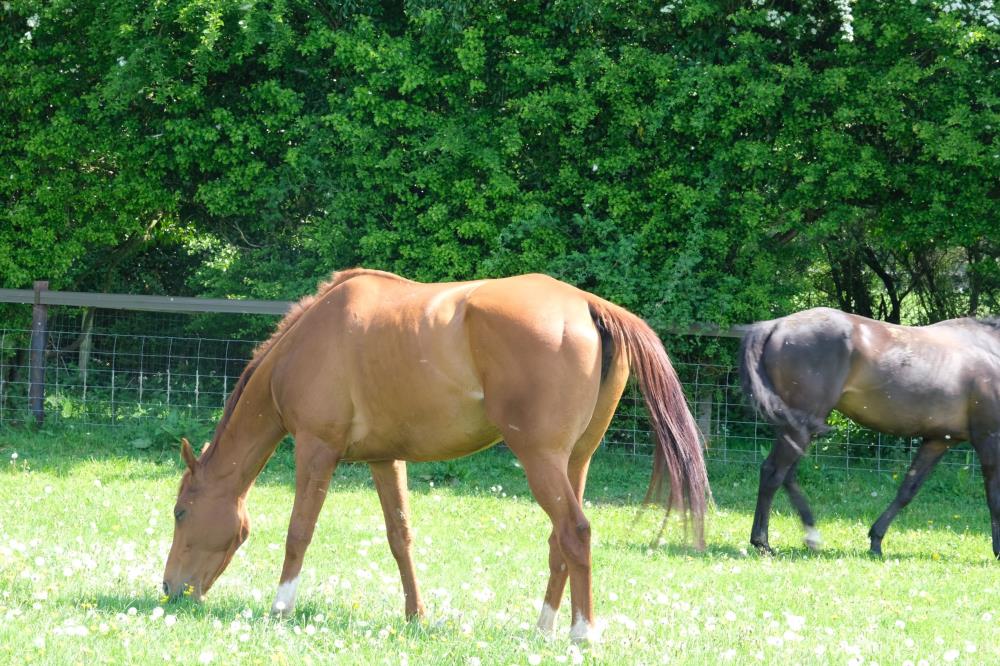 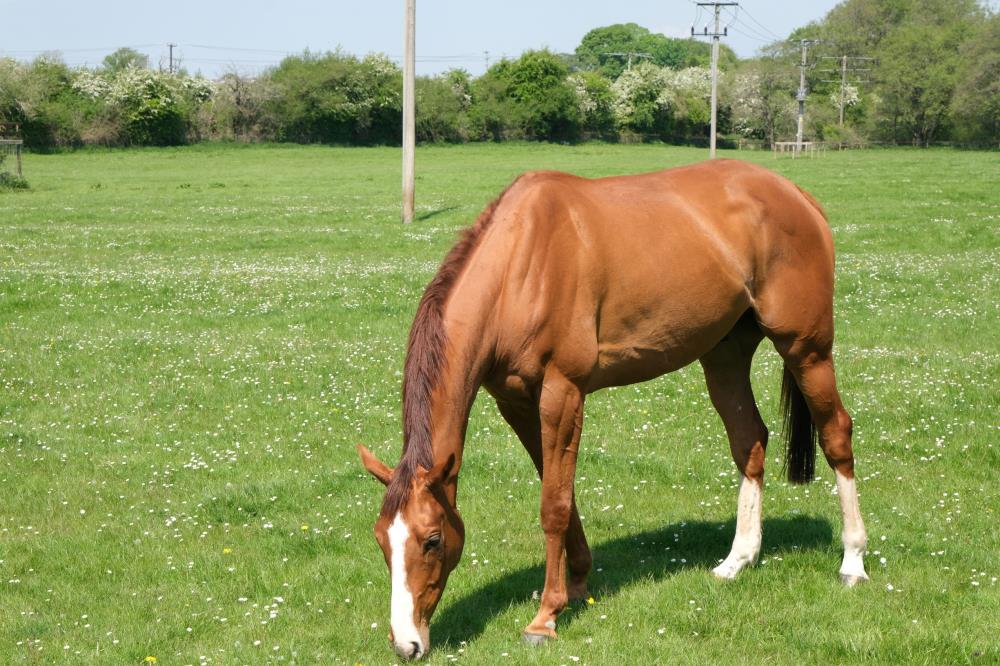 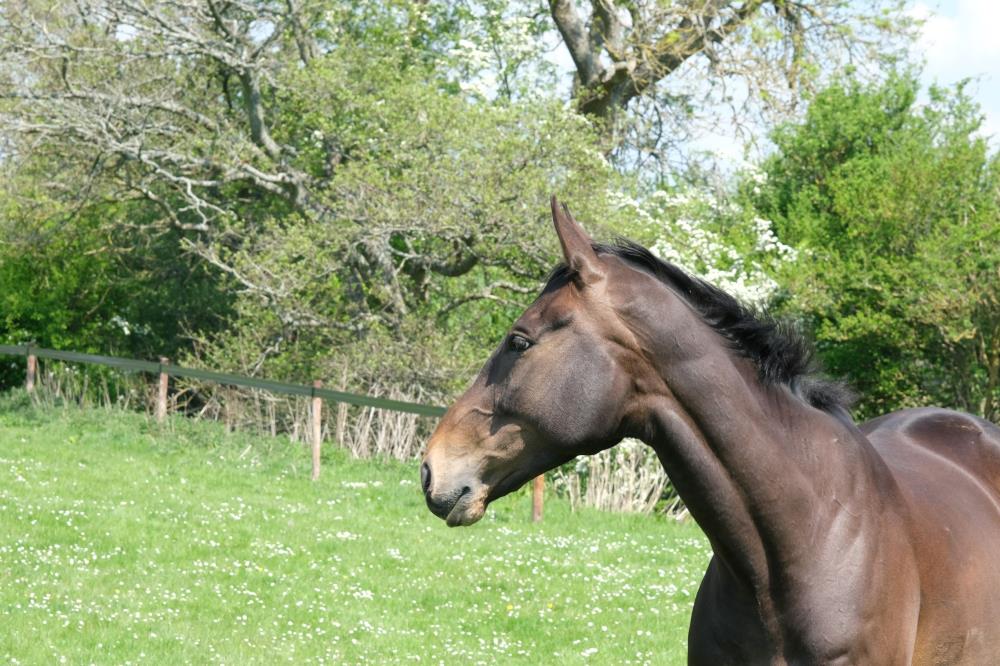 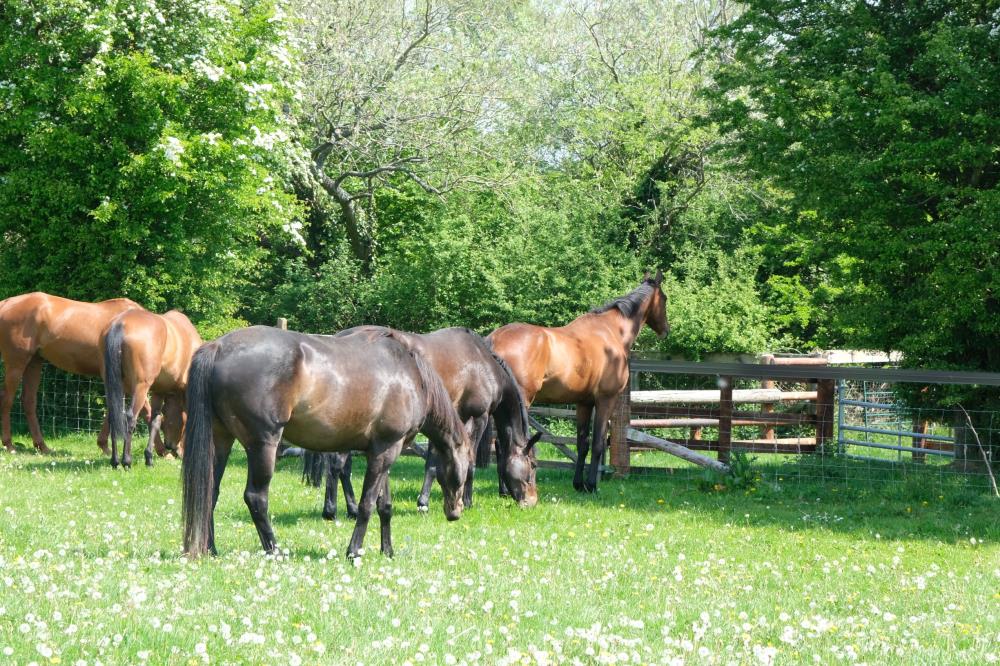 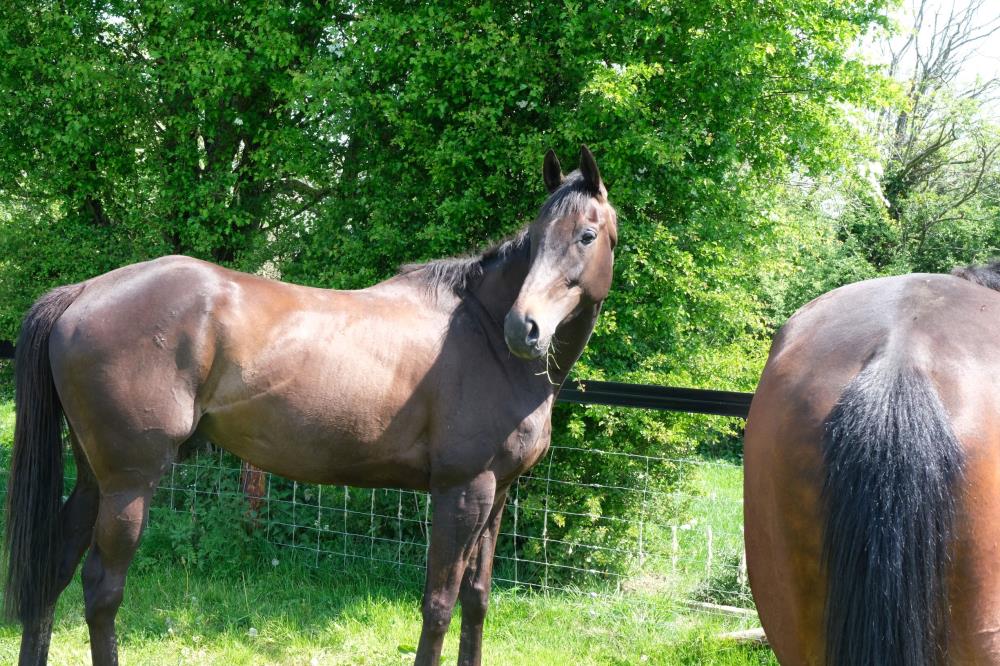 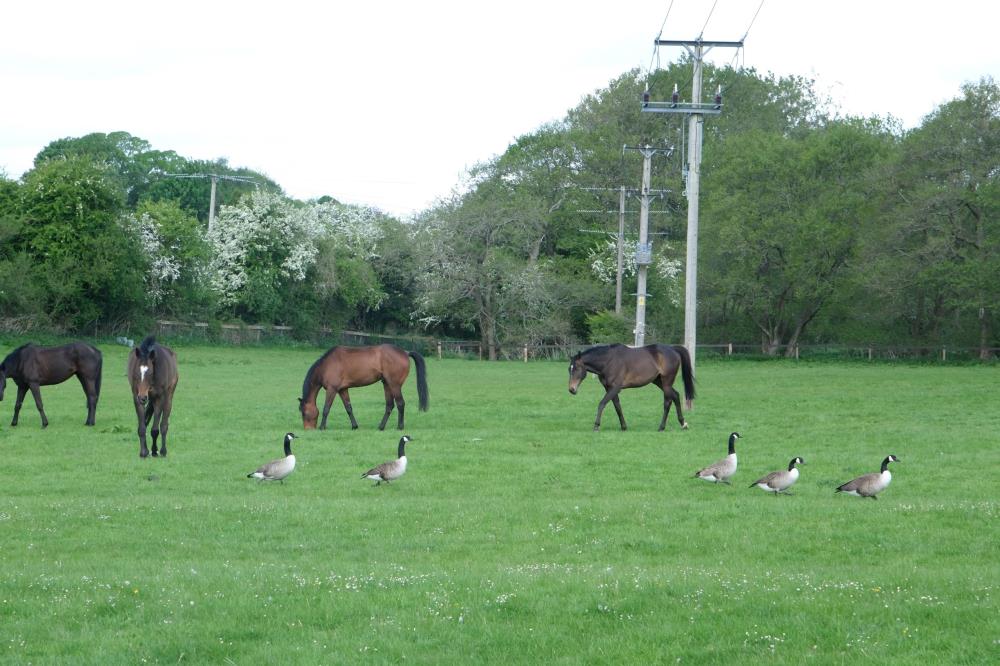 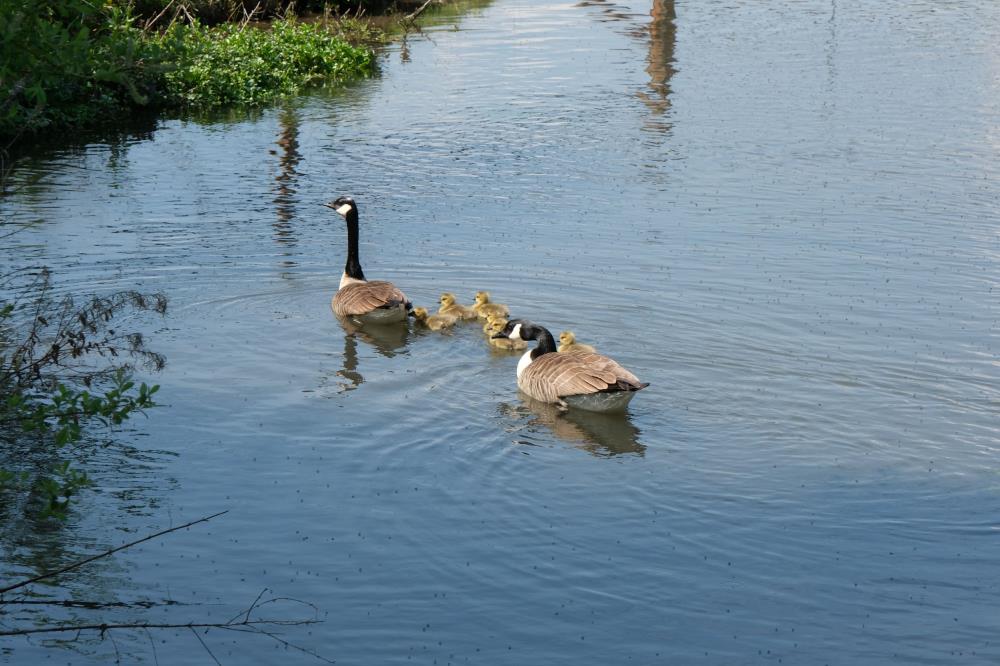 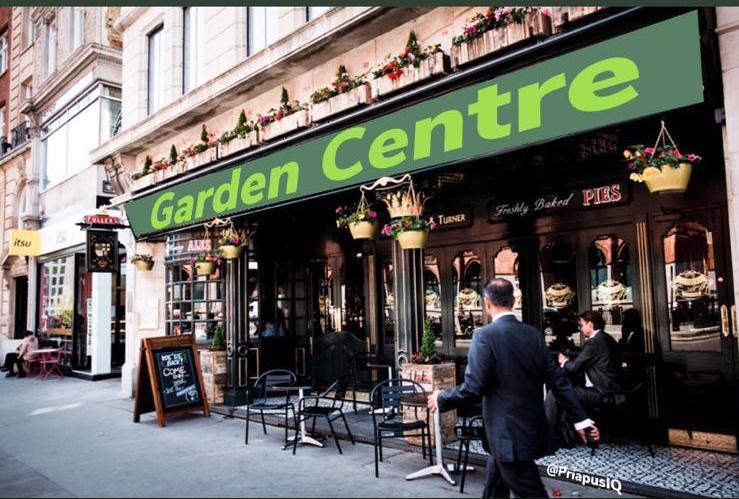