The highlight of my racing weekend was Sunblazer finishing 4th in the 8.45pm at Wolverhampton on Saturday night... You might well ask why?

He was the only horse I ran over the weekend who was running on ground that was suitable. Net Work Rouge, Viaduct Jack and Policy Breach all hated the soft and heavy ground.

Dear little Sunblazer really is a star.. He is a character.. He lies down in his box and refuses to get up in the morning.. he lies there snoring his head off and when he is ready he will arise.. He will often finding him sitting like a dog on his bottom; he squeals when he is happy and he is our best work horse. Saturday Sunblazer was running in a £20,000.00 conditions race and at 100/1 he was the complete outsider in the race.. he did not disgrace and finished 4th.

Joe Morris, who works here as an amateur had a ride in an amateur race at Southwell yesterday and finished 3rd. Well done Joe, you rode well.

It is so hard to get the likes of Joe going, especially if they deicide to ride as an amateur.

Joe has (Category A license) to have 15 rides against fellow amateurs under National Hunt Rules or 20 in point to pionts before he is allowed to ride against professionals. There are hardly any amateur races (bar Hunter Chases) so the only way to go forward is to ride in point to points and again that is not easy as most pointers are ridden by the owners sons or daughters. Mind you if Joe had decided to start life as a conditional he could ride against professionals straight away.. Now that is a stupid rule?

Suzanne Proctor who has shares in the GSTTKPA Charity horses Allez Encore and King Simba and the KBRP horse Ascotdeux Nellerie called in second lot to see her horses.

Lee Oliver called in mid morning to see Knockanrawley and give him a pat.. Sadly KAR is off for the rest of the season.

The other highlight of the day.. Today is Liam Higgins (Higgs) birthday. Higgs is my longest serving member of staff and although he has been with me over 25 years I still don't know how old he is.. Catching me up me thinks!

We have one runner today at Ffos Las.

The Drinkymeister and David Bass team up in the feature race of the day the ‘We Miss you Claims’ Handicap Chase.. Not sure about the race name but the prize money on offer today at Ffos Las is not bad. For my thoughts on their chances please click here..

I bumped in to Georg Von Opel (a German National) at Cheltenham.. Georg was having his first days jump racing and in conversation I asked him how he was getting on.. He said..'I have had a most enjoyable day thiz racing is very different but I have made a great deal of money as I backed a German horse ridden by a German jockey'.. Aachen/Deutsh. 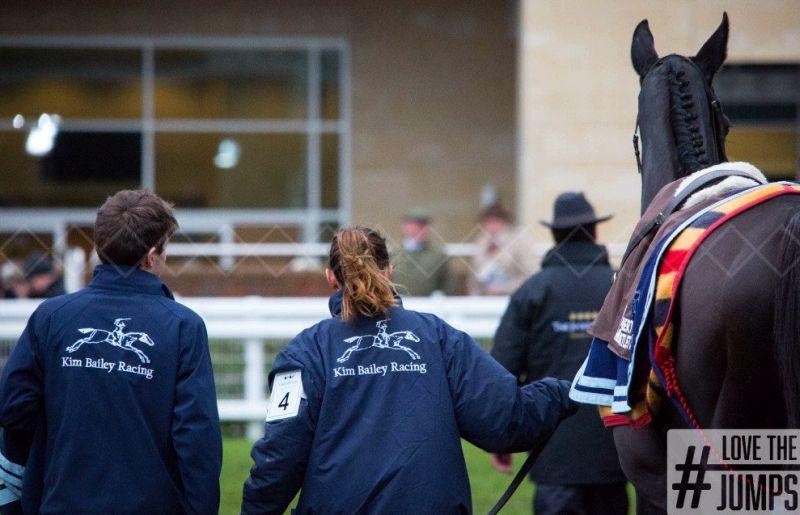 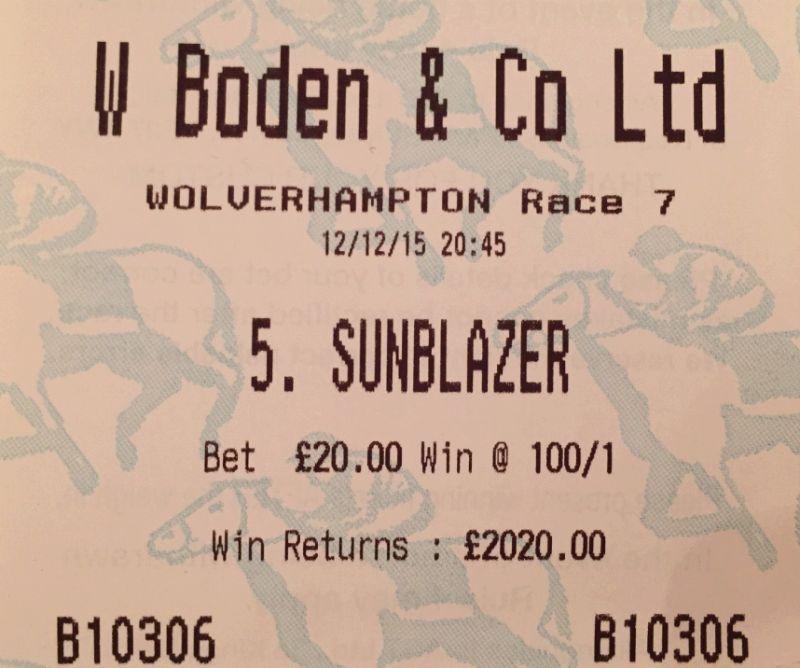 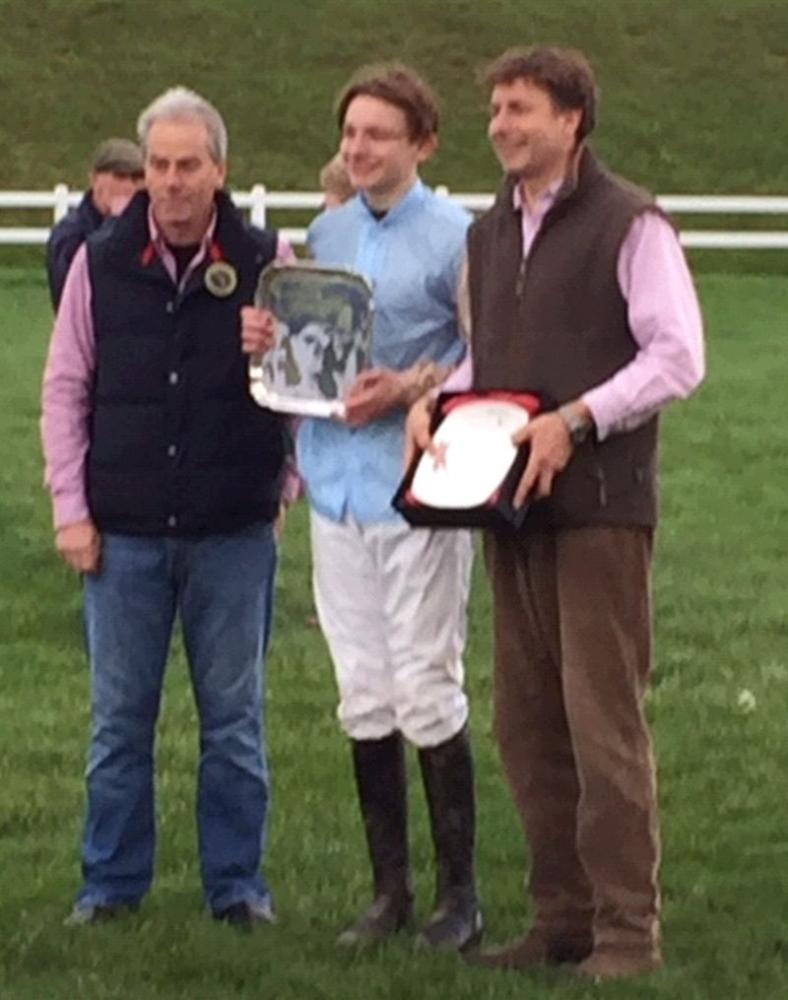 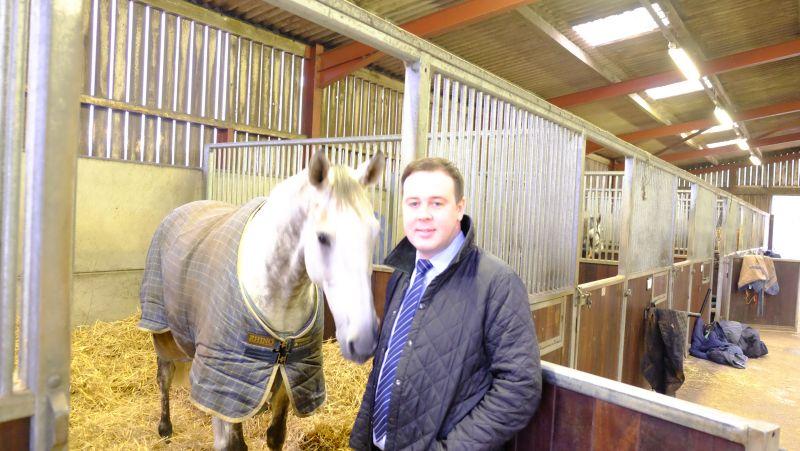 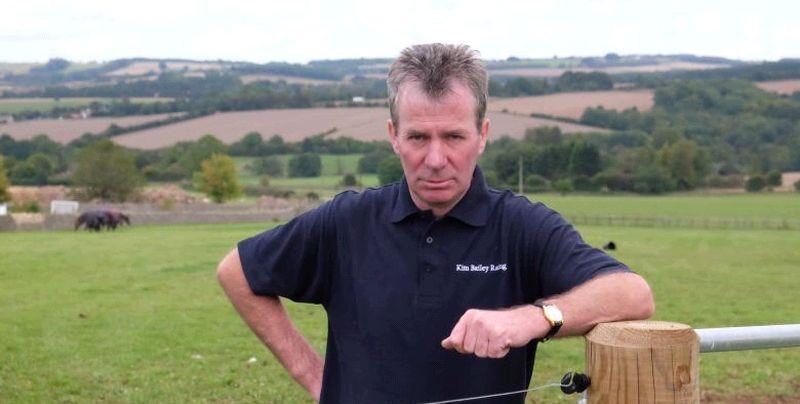 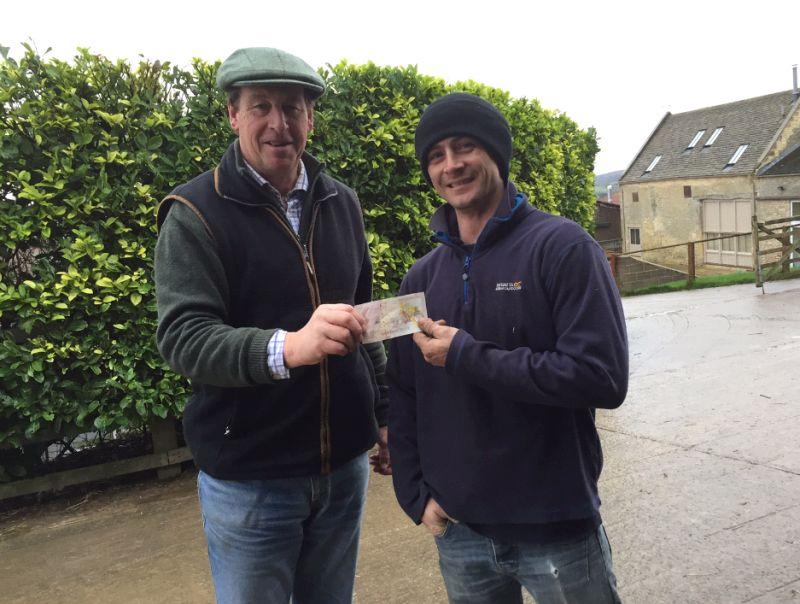