Plus 10 and dry when driving in. Very foggy first and second lot.

If only? We thought we would have won.. We would, wouldn't we..

Charbel was running the race of his life in the Arkle yesterday at Cheltenham.

Jumping well and enjoying his race out in front he arrived at the second last flying, (but was probably on a stride that was to take him too close to the fence).Charbel jumped it well but the speed they were going and the momentum of landing slightly too steeply meant that his landing gear buckled on the second stride and he went down. The moan from the crowd said it all as he was putting Altior to the sword..

Poor David Bass, who has so much faith in this stunning horse, was speechless, gutted, call it what you like but he was convinvced he would have won.. Who knows.

So disappointing for his owners David and Julie Martin who took this mishap so well, they kept saying we know we have a super star. They have.. Next year? We have had two great days at The Festival with Charbel and yesterday was an 'if only' day.

We were so proud of our horse. He looked a picture in the paddock and was a credit to my staff...for his third run over fences he had jumped those fences brilliantly ..until..The second last fence is a bogey fence and claimed a few yesterday..

Charbel pulled a hind shoe off and is sore on that foot this morning. Otherwise he seems ok.

Altior goes into the record books as the winner and bar far the best novice chaser of the year. Nicky Henderson came up and commiserated, but Nicky has the record and then he shattered another by winning the Champion Hurdle.. Yes Nicky Henderson is King of Cheltenham..

Supper last night with local legends Jim and Melinda Wilson was a sombre affair.. Fellow guests Haydock supremo Kirkland and Tiddles Tellwrght and Jonathan and Laura Ruck Keene made for a fun night and by the time bed arrived we were smiling..

We must move on.

Wednesday morning is our work morning and we did work a few.. David Bass was in..A video of the horses working and some cantering can be seen here.

Keith and Liz Ellis were here first lot to see Abbreviate. There were plenty of smiles on their faces as their mare Amazing D'azy delivered a stunning colt foal by Kayf Tara last week.. yes happy folk and Liz just loves her new baby..

We have three runners today. One at Cheltenham and two at Huntingdon; for my thoughts on their chances please click here.

"I wasn't that drunk yesterday." "Oh Kim you took the shower head in your arms and told it to stop crying."

PS.. My email is down and had none since 3pm yesterday.. panic not if you have not had a reply from me... I am sure work will resume shortly 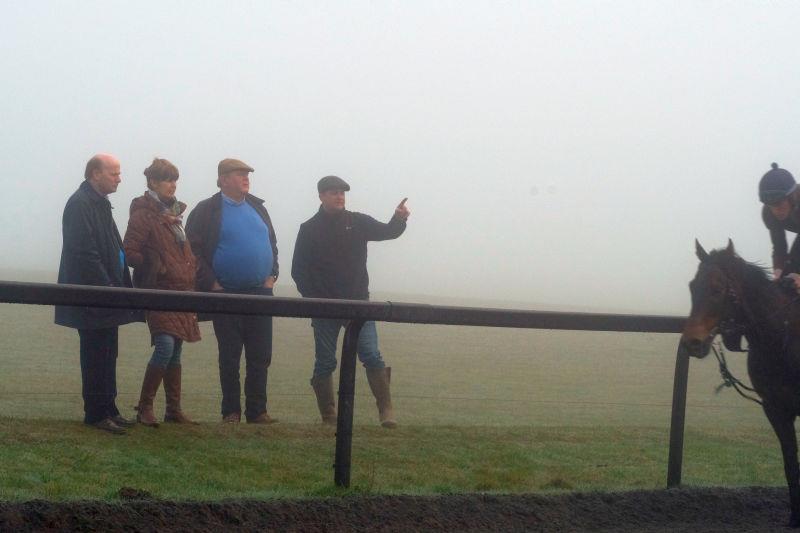 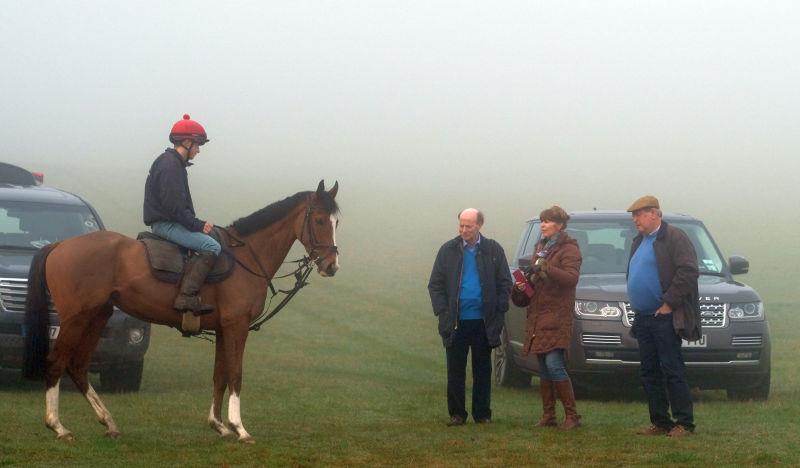 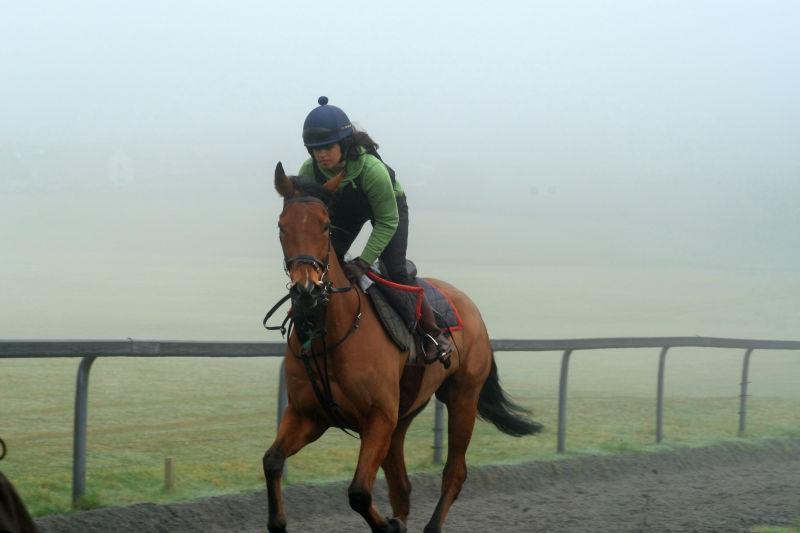 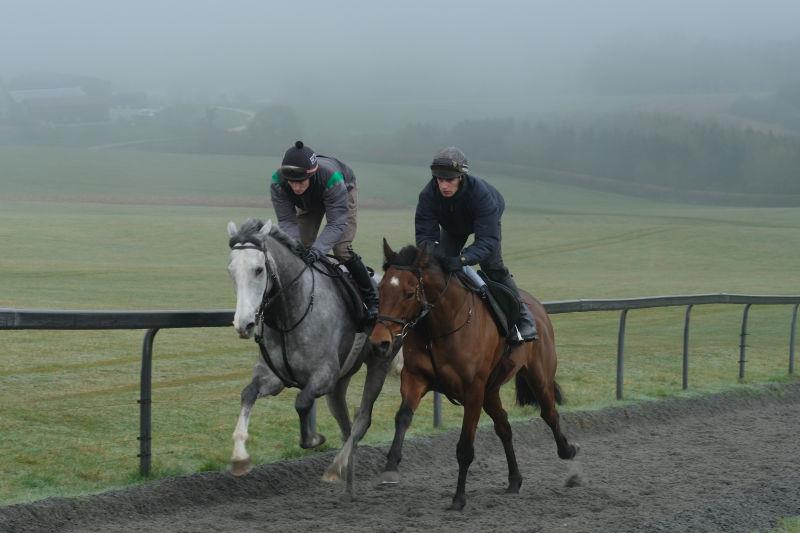 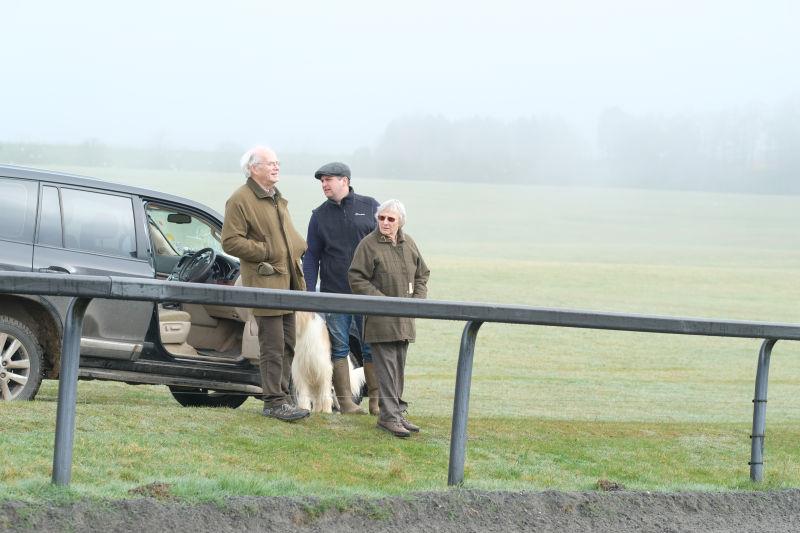 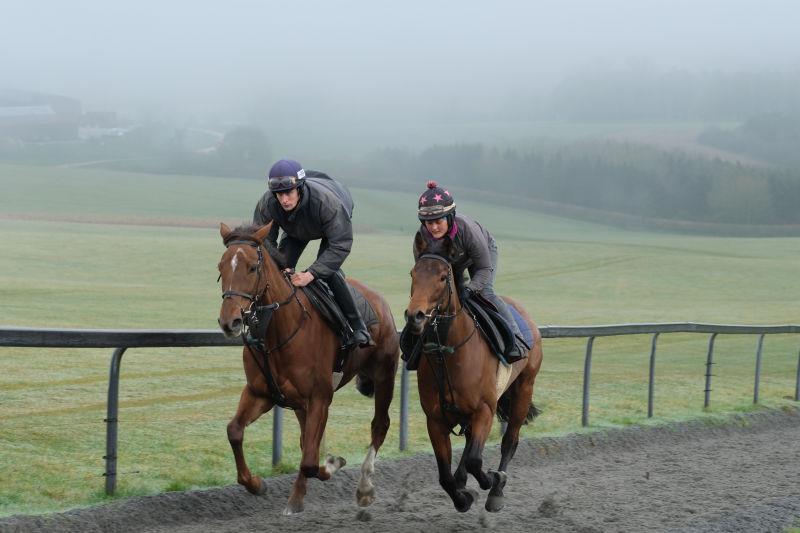 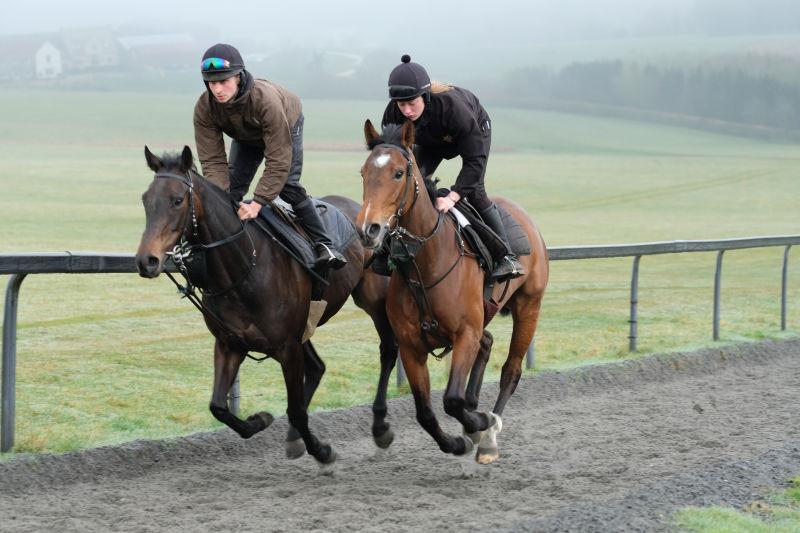 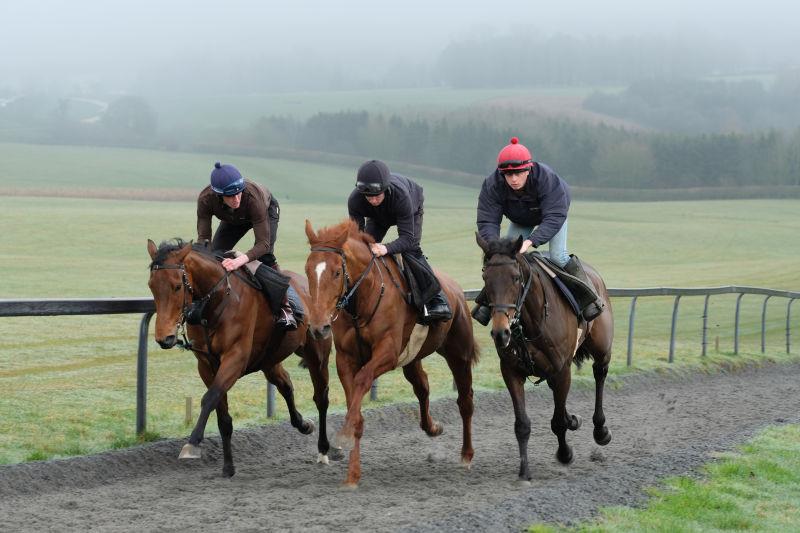