Plus 14, muggy and dry when driving in..A bit of rain overnight

Seriously we were delighted with Blazon’s run last night at Chepstow.

Rank outsider at 18/1 he was so close to putting his head in front...Another stride

A good ride from young Megan Nicholls which prompted a text from her father Paul.. ‘Thanks for using Megan. Ran V well’ …

my reply…well if you know me you could have guessed.. ‘She rides an awful lot better than you!’... to which he agreed..

Nearly a happy night..His team of KBRP owners ‘The Blazing Optimist’ were happy, even though not able to go.

Heres a bit of video action from first lot.

This weeks mover and shaker in the BHA handicap charts.. Rhosnegr down 3 to 77..

Today is the first day of Royal Ascot..

Hardest part of my day .. choosing which rose bush to decapitate for a button hole on my morning suit..

Lunch with Julie and David Martin in their Chalet by the finishing post, and after a long day I will be retiring to the car park and Aiden Murphy’s boot for a drink .. His Range Rover probably won’t start again.. usually does not..using too much battery to keep the fridge working…. Finally Peter Kerr will drag me home..!

Dream on.. that was last year!

John Stanley has kindly taken up the mantle of the Kim Bailey Racing Community spirit..

'I was only three when my father died so I hardly knew him but I must have inherited his love of all things horses and racing.

At the beginning of the 20th century he was Master and Huntsman of both the Quantock and the Devon and Somerset staghounds and then the Woodland Pytchley foxhounds.

Between the wars he owned a few racehorses and was also very involved in greyhound racing. So growing up in West Somerset and encouraged by my mother and stepfather, it was not surprising that ponies, pony clubs, hunting, point to points and racing played a huge part in my life.

I had my first pony called Cobweb when I was six and my dream then was to the ride the winner of the National which I did many times on Cobweb and in essays written at school – probably ‘lines’ for disciplinary reasons!

Fast forward 50 years and still in love with horses and racing I was about to retire and with the benefit of an excellent pension scheme – how lucky we were then – I was able to commute part of my pension into a lump sum.

Well it was a no brainer wasn’t it? Why not buy a racehorse?

So having convinced my wife Sue that this was a sound investment – an interesting discussion – what next?

Well, we would need some colours and a phone call to Weatherbys produced the great news that my father’s colours were still available. Now we just needed a trainer - and of course a horse.

Two friends, Craig Pearman and Martin Boase, had a horse with Kim Bailey who was apparently a fairly useful trainer and also an excellent communicator who made owning horses fun. That sounded okay to me so we arranged to meet at the Festival in 1997.

Kim asked what I was looking for and I replied that it was very simple – a horse that had won a point in Ireland that would go on to win the Gold Cup. Kim just smiled. Anyway a couple of months later he phoned to say that he had found a horse that would fit the bill – not certain whose bill!

Cheval de Guerre or Chevy as he became known had won his only point in Ireland as well as being champion show horse at Dublin show. So Sue, our son Tom and I went down to Lambourn and that was that.

Now I had the small problem of finding three friends to buy a leg each. I still hadn’t solved this problem when, walking to the beach on the north coast of Cornwall in August, who should we bump into but the prospective trainer. “Sorted yet”? he asked “because I’ve got a bit of interest elsewhere” - ever the salesman even on holiday!

That evening Sue basically told me to stop being so miserable and to buy the bloody horse - and as I always say yes to my wife I did. Our great friend David Sieff then took 25% probably because he thought I was mad.

I think the race was at 1.20 but Sue, Tom and I arrived at the course at 11 o’clock. We almost had a back up car following us up the M40 in case we broke down. Talk about nerves but we needn’t have worried as Chevy won easily at 10-1.

I kissed and hugged the trainer which surprised him a bit. First horse, first race, first win – easy. We were now really hooked and it started Tom on his racing journey. That Gold Cup dream was alive!

But things didn’t quite work out as planned. Chevy slipped up on the gallops and missed Cheltenham. He got back in time to run at Aintree and was running a blinder when Norman Williamson had to pull him up before two out. He came back very lame and this was the start of his problems.

He ran at Cheltenham the following year but again Norman pulled him up as he just wasn’t right. We tried again the following season but he wasn’t happy so we retired him and found him a really good home. So that was the end of that dream but just look where it took us.

In July 1998 Sue and some friends gave me another horse as a surprise 60th birthday present. I think I paid for most of Alston Antics a lovely grey gelding who Kim bought in Ireland. He came third in his first race and was then off for some time with a splint. He was running a big race on his comeback at Huntingdon when he pecked on landing three out, fell injuring himself badly and had to be put down. We were devastated – the highs and lows of racing.

Since then we have been in a number of syndicates and through them have made some great friends and had a lot of fun. Bandon Roc with his three wins in 10 days was a star and we are now involved with Drumreagh.

It’s been 23 years since Sue and I first met Kim at Cheltenham. We have seen him and Clare move from Lambourn to Preston Capes and on to Thorndale Farm.

We’ve become great friends and Kim has been very supportive to Tom in his broadcasting career.

Kim is a very good trainer who, as we all know, is brilliant at communicating with his owners and Mat, Peter, Maddie, my fellow Spurs supporter David Bass and everyone who works in the yard always make you feel so welcome when you visit It’s fun - and a lot of banter - whether you’re on the gallops, at the races - or just having breakfast!

A big thank you to everyone and by the way Kim.. that Gold Cup dream is still alive!'

Thanks John.. It has been an interesting ride but as you rightly say we have become good friends.. and nothing would give me greater pleasure than training you a Cheltenham winner.. but as for Gold Cup??'

Moving on .. Did you know that Huntingdon Racecourse will be open next Sunday...........for a car boot sale !!

This takes place in a portion of the car park and attracts many more people than an average weekday meeting at Huntingdon, with far less space. 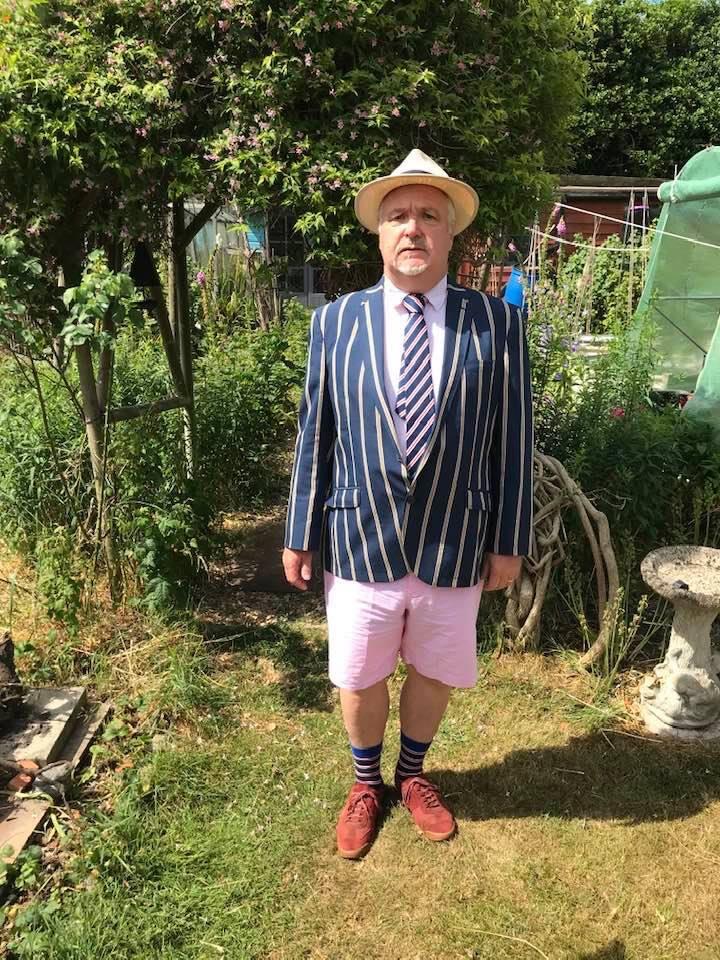 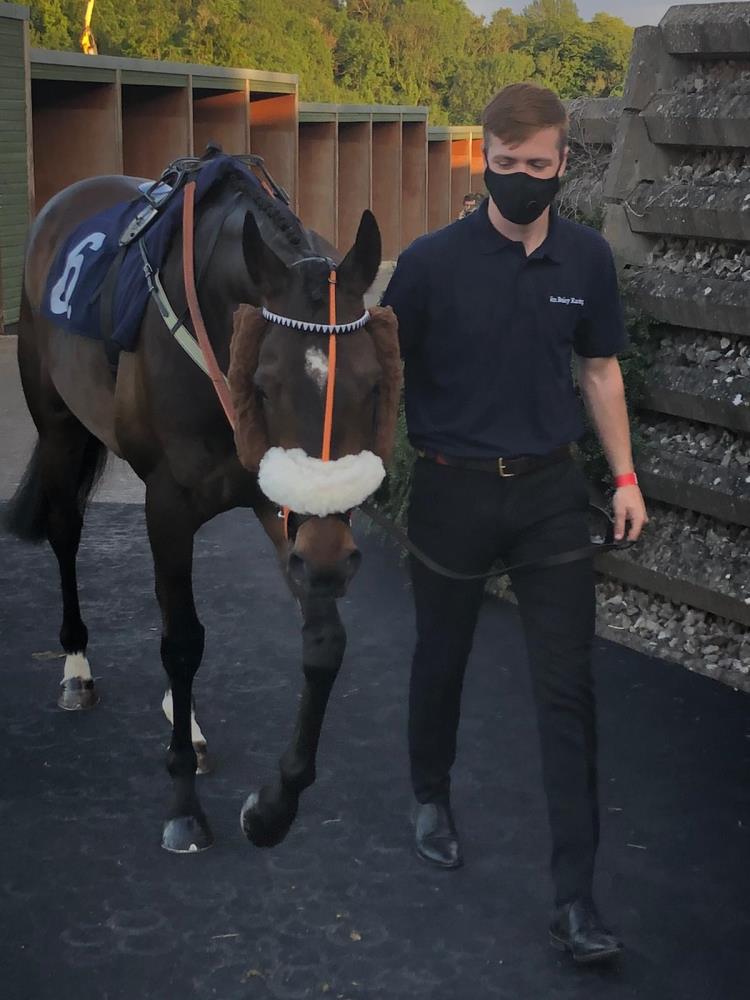 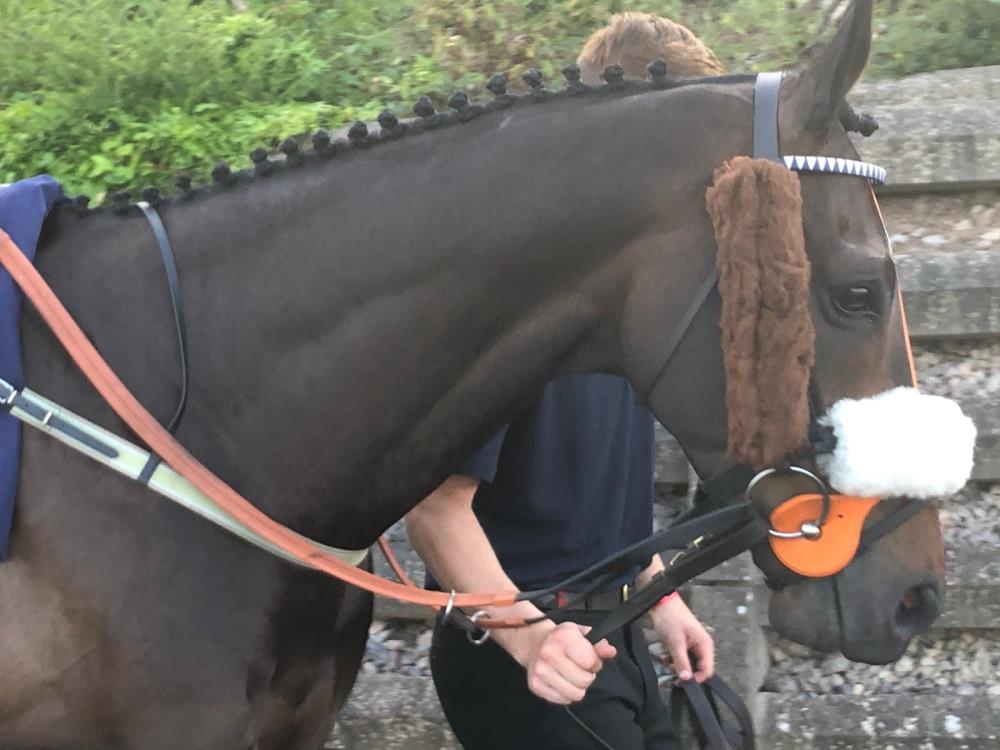 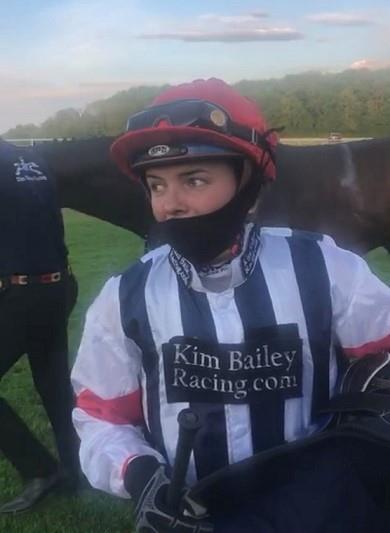 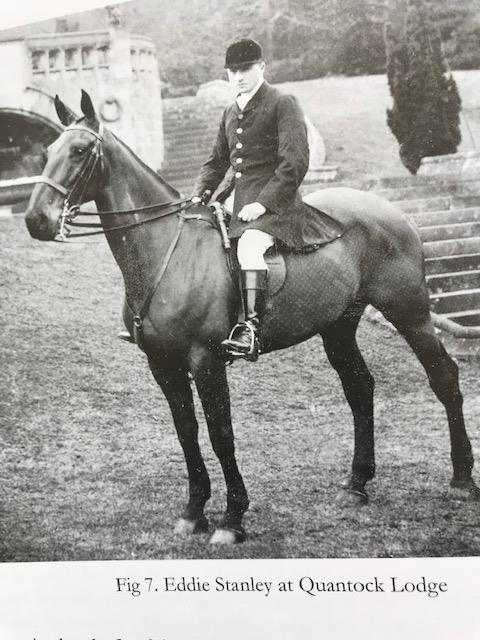 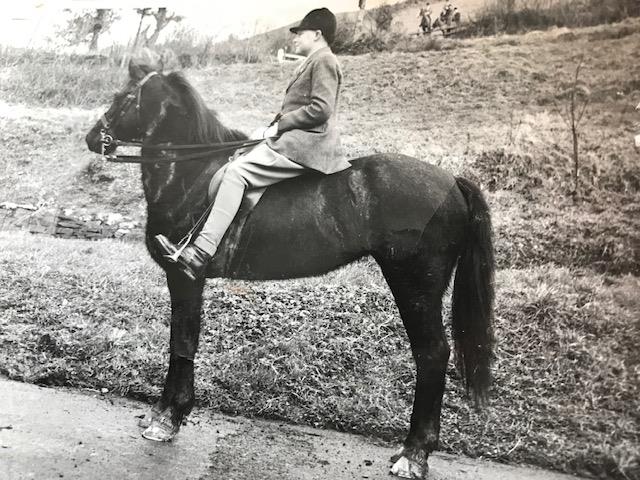 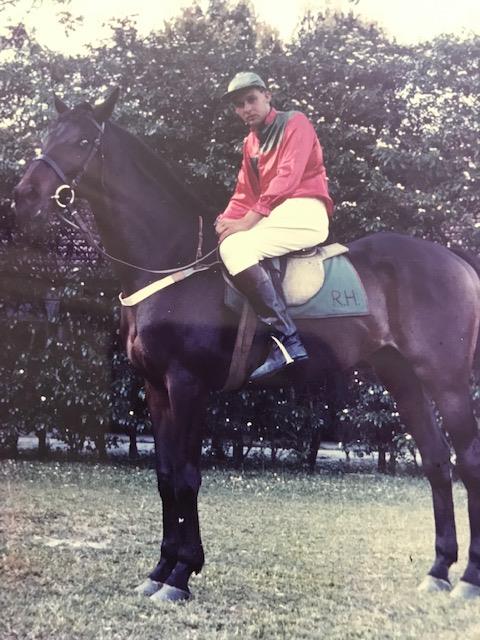 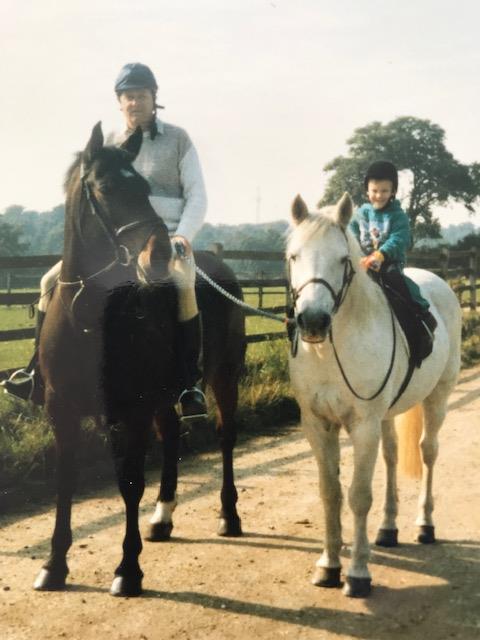 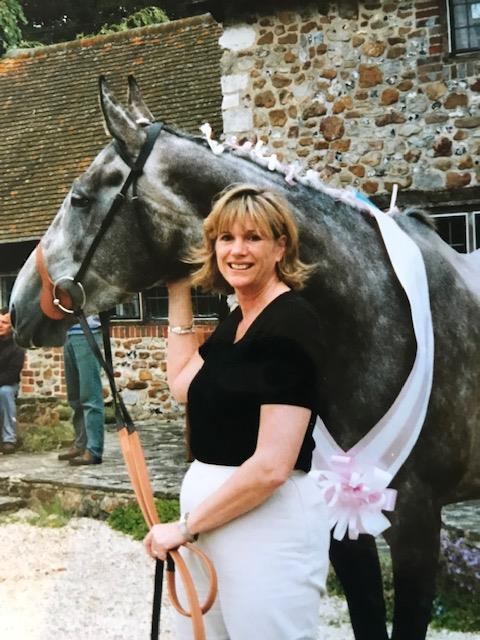 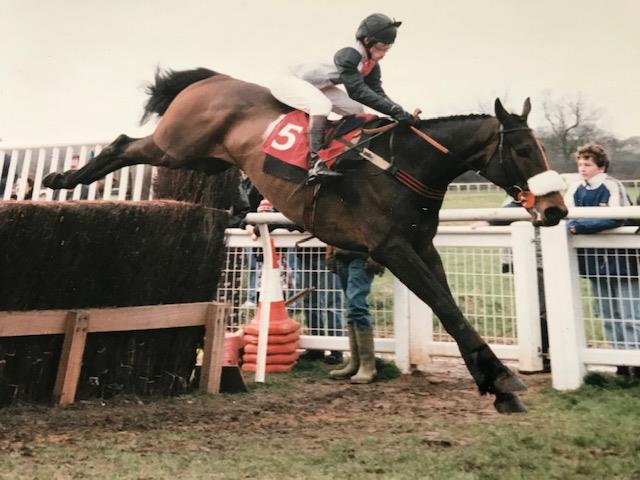 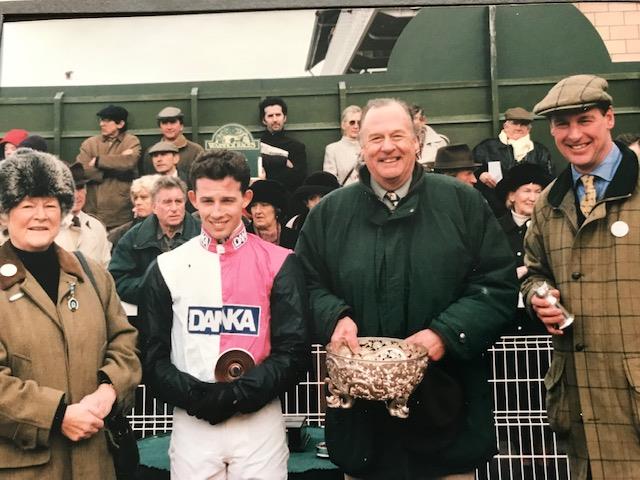 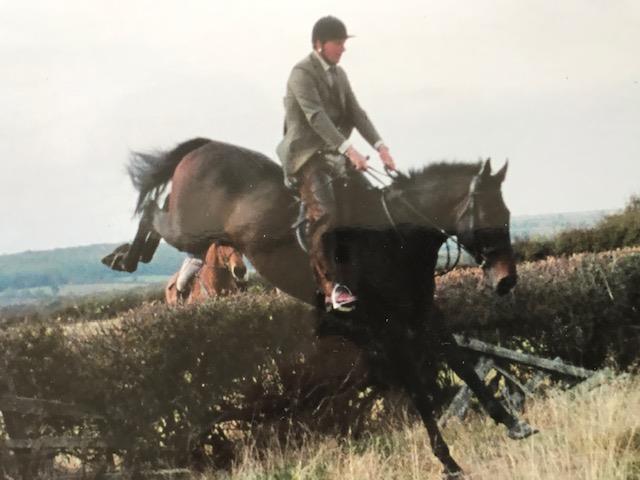 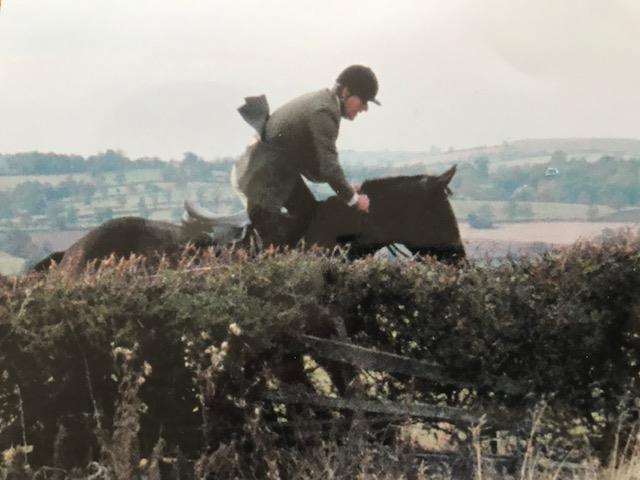 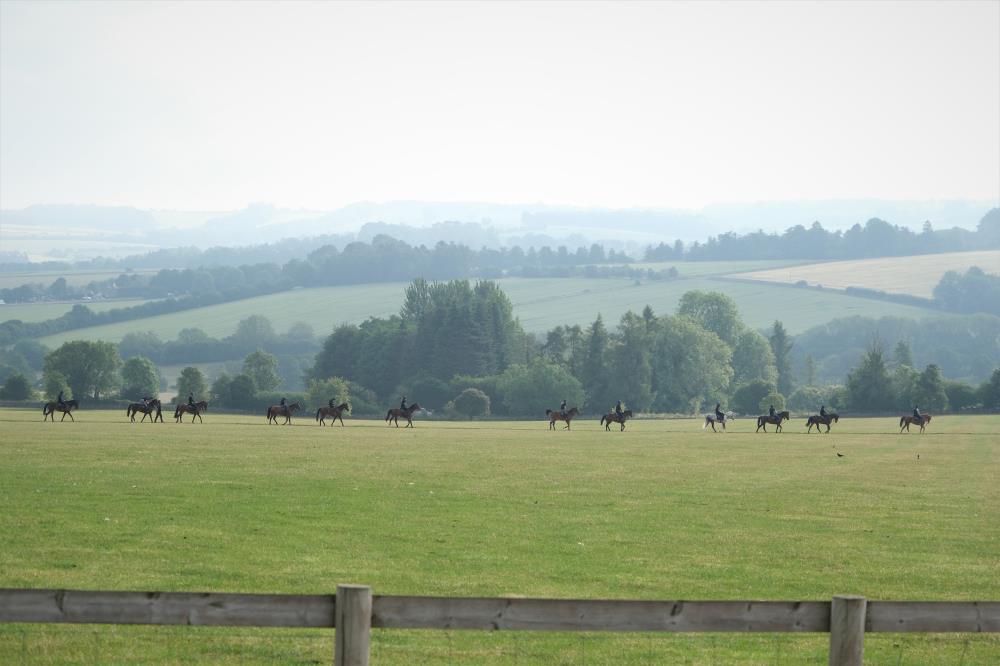 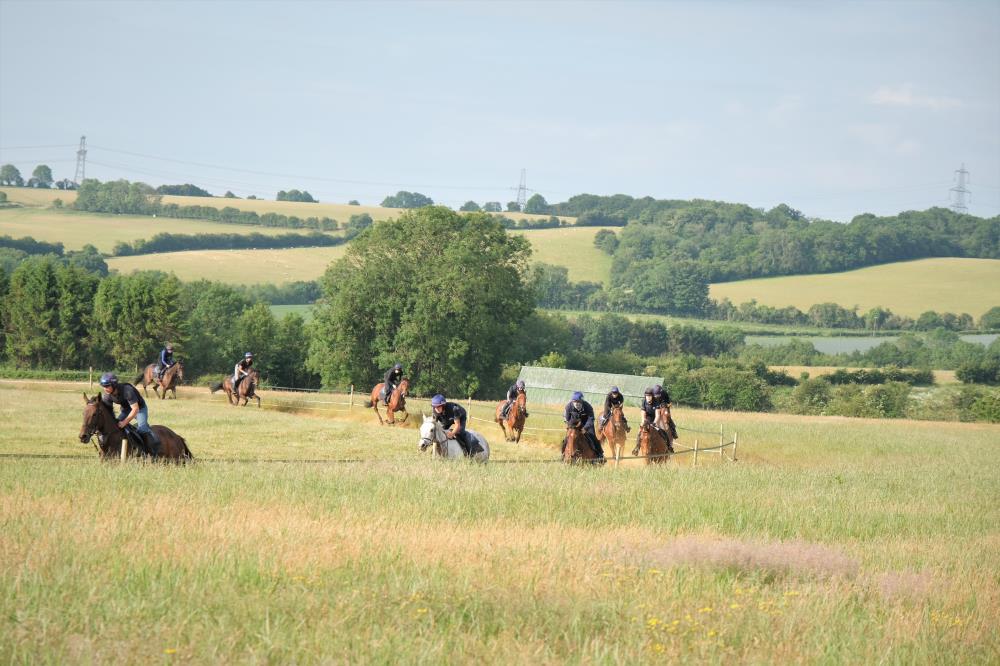 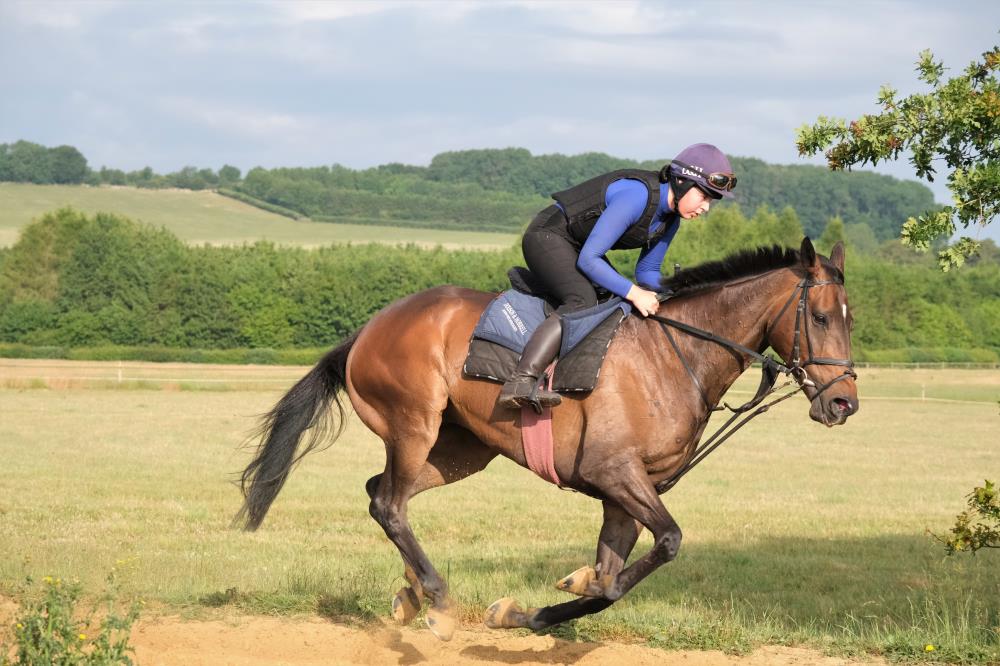 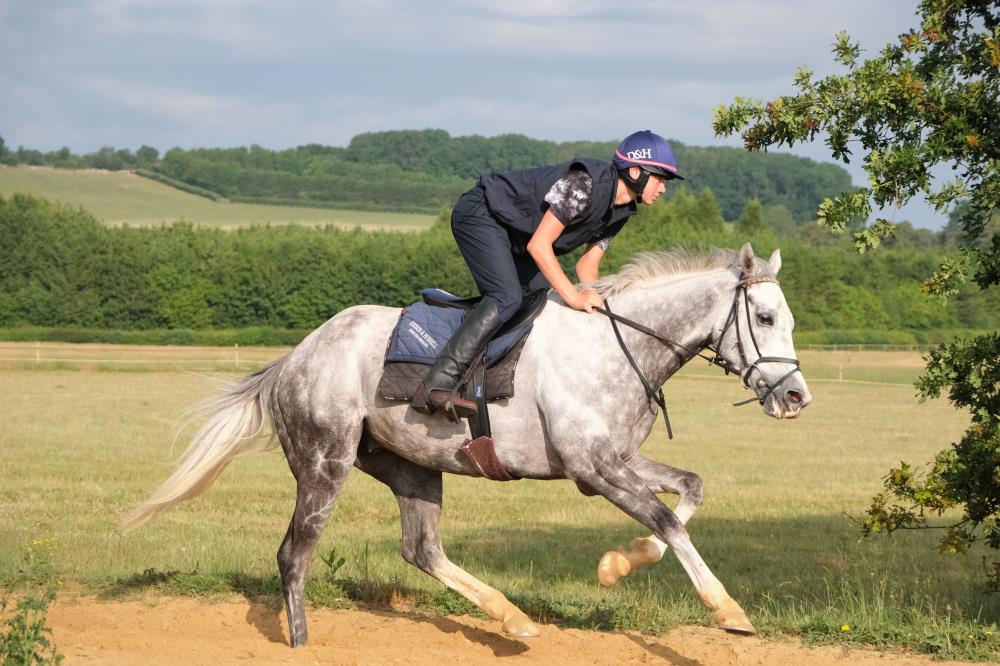 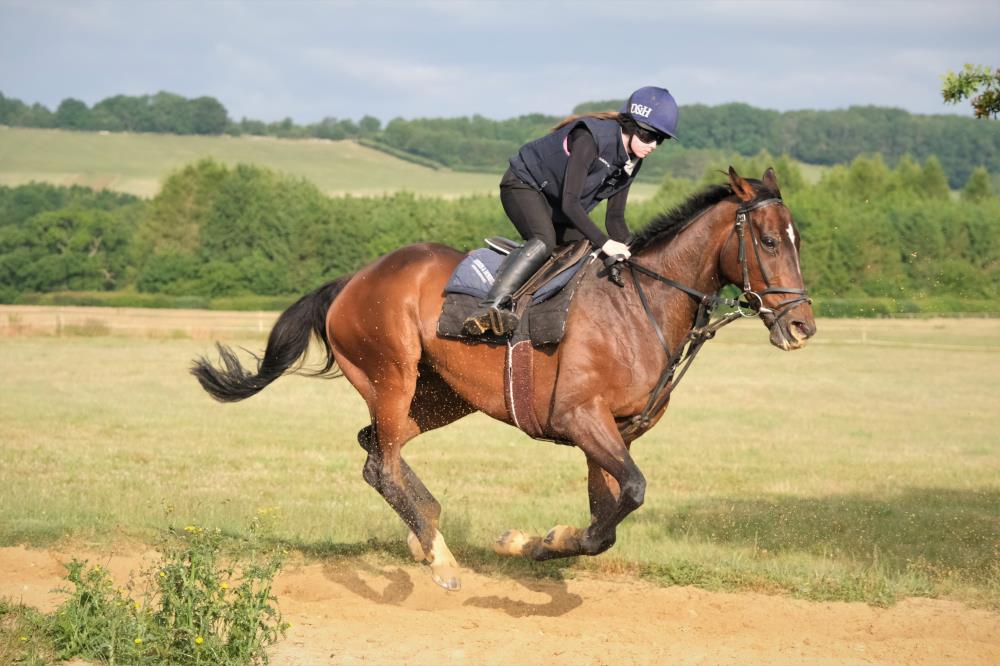 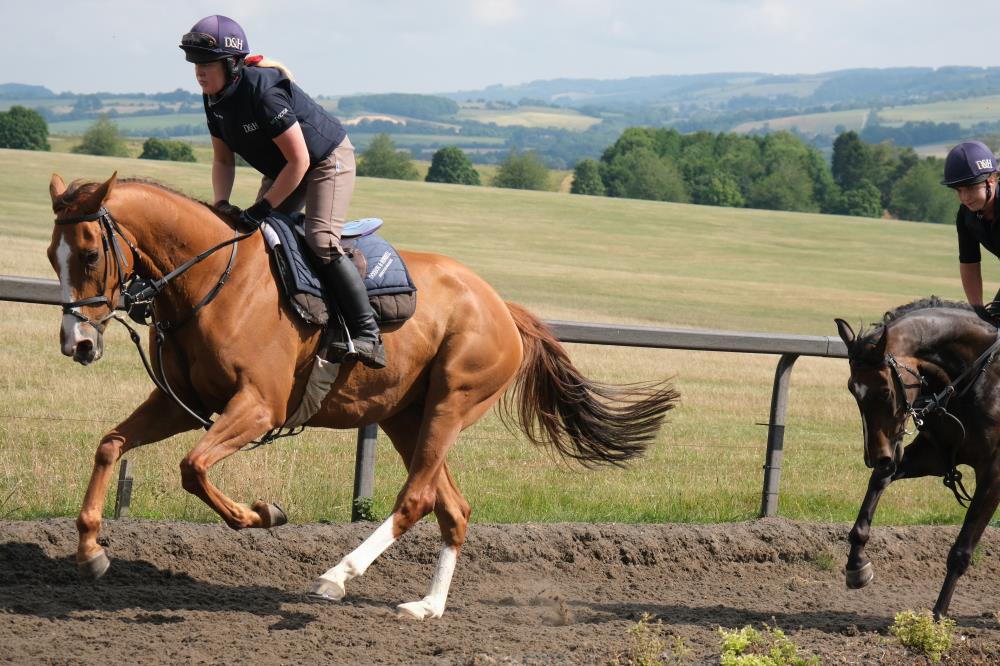 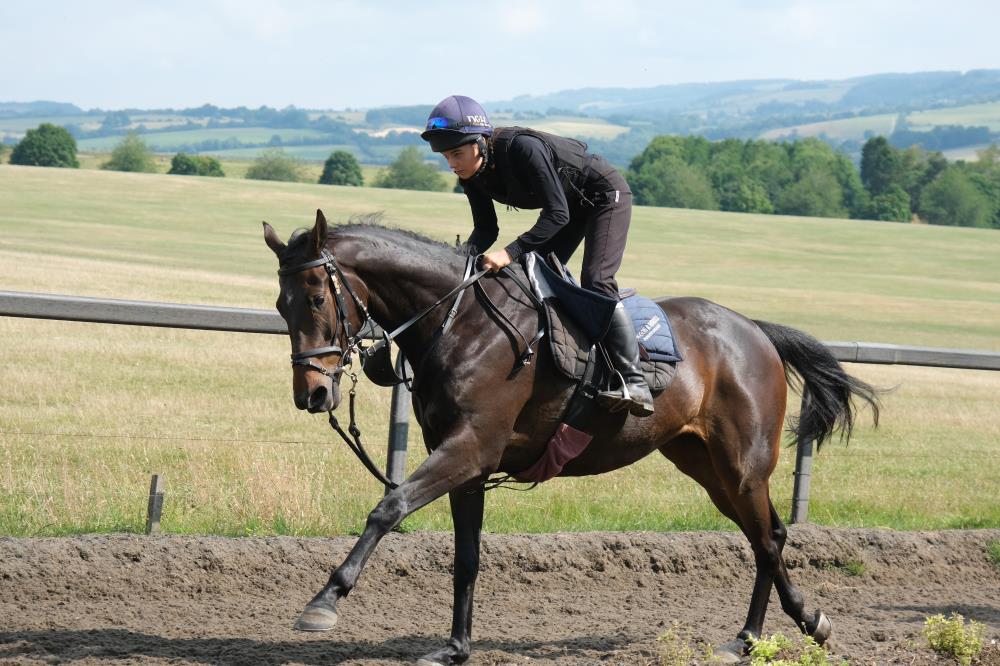 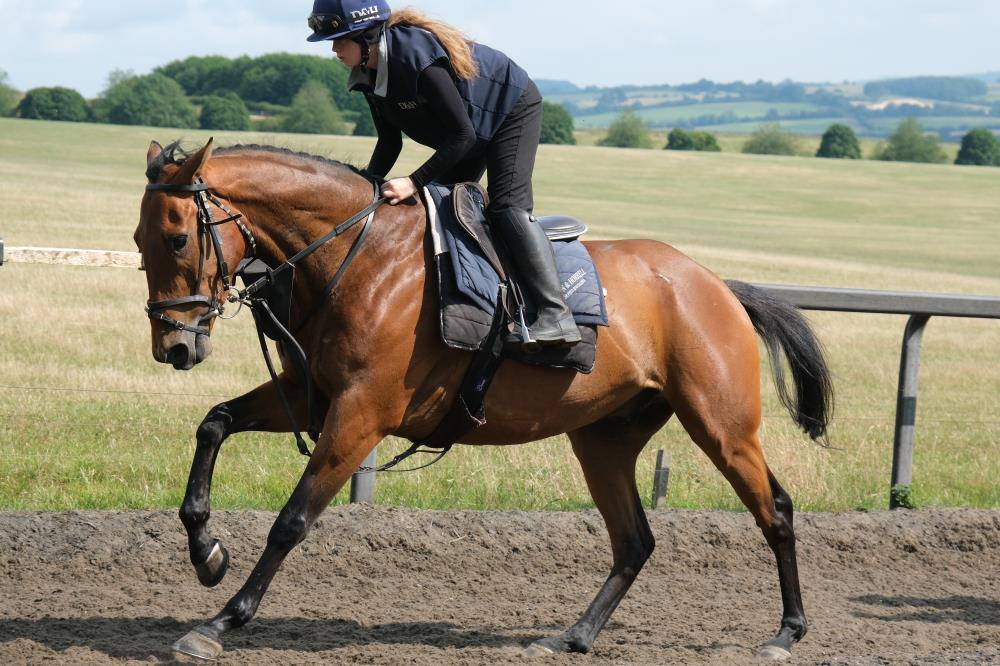 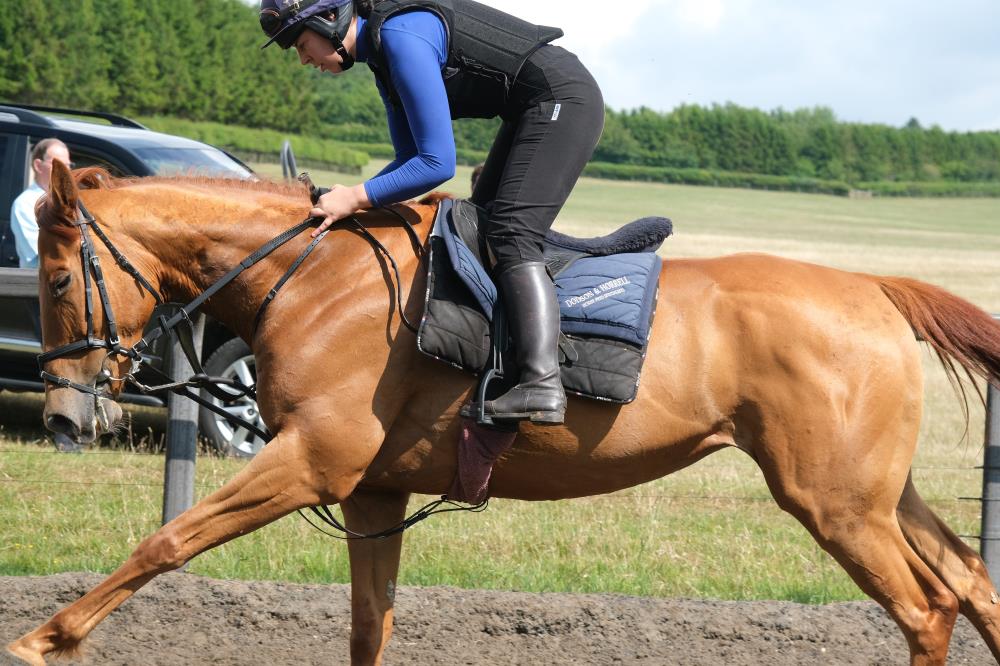 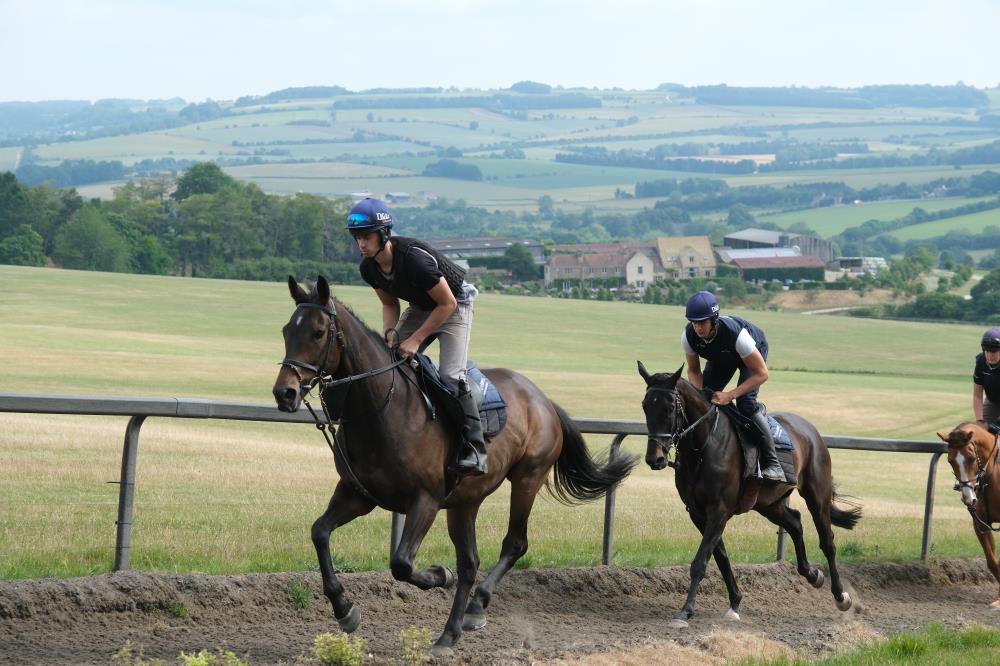 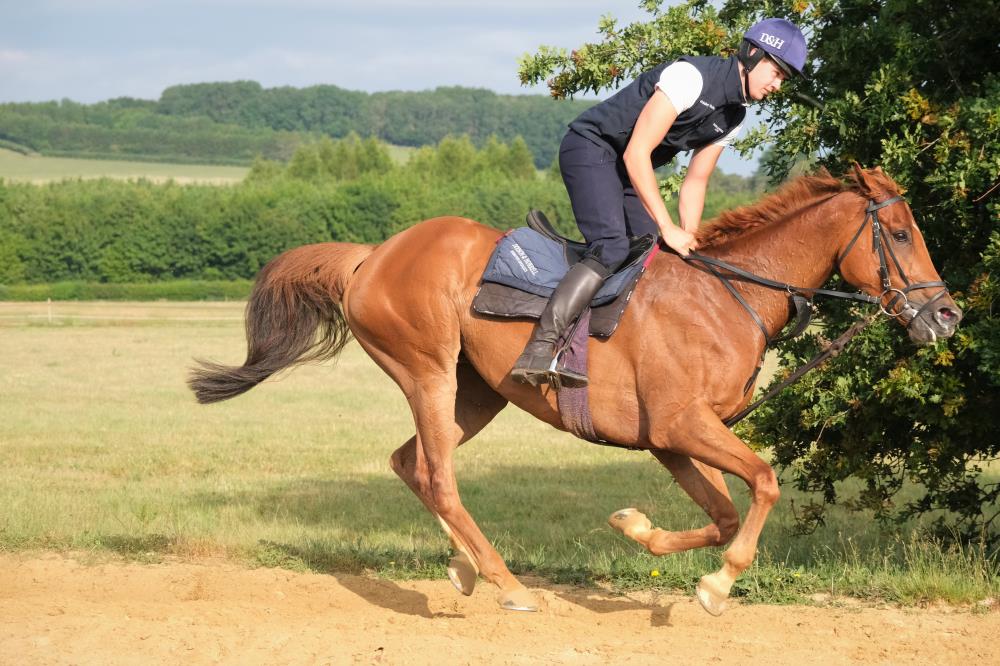 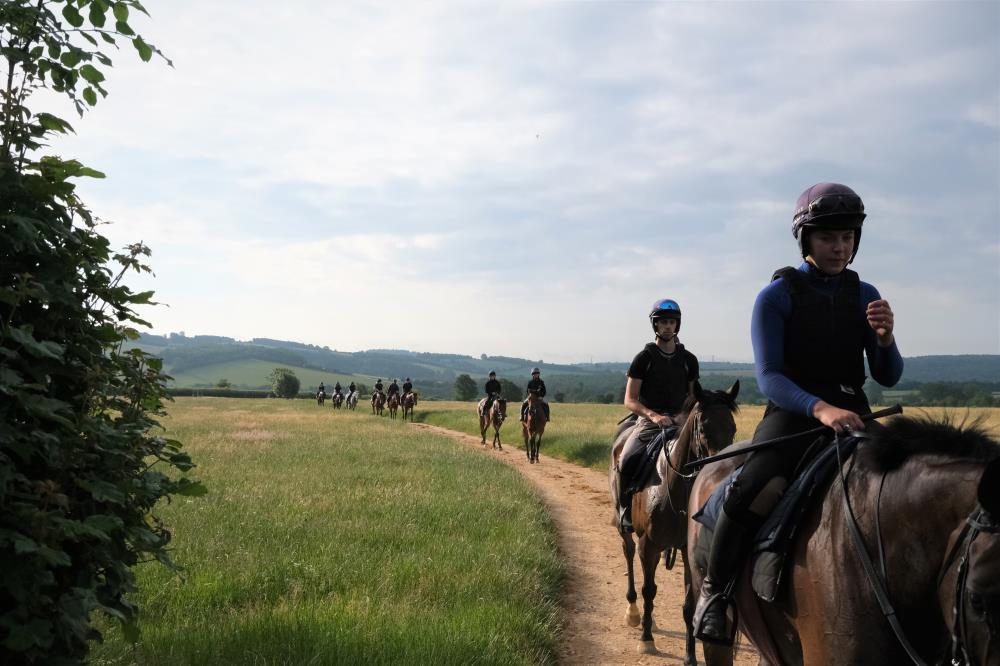 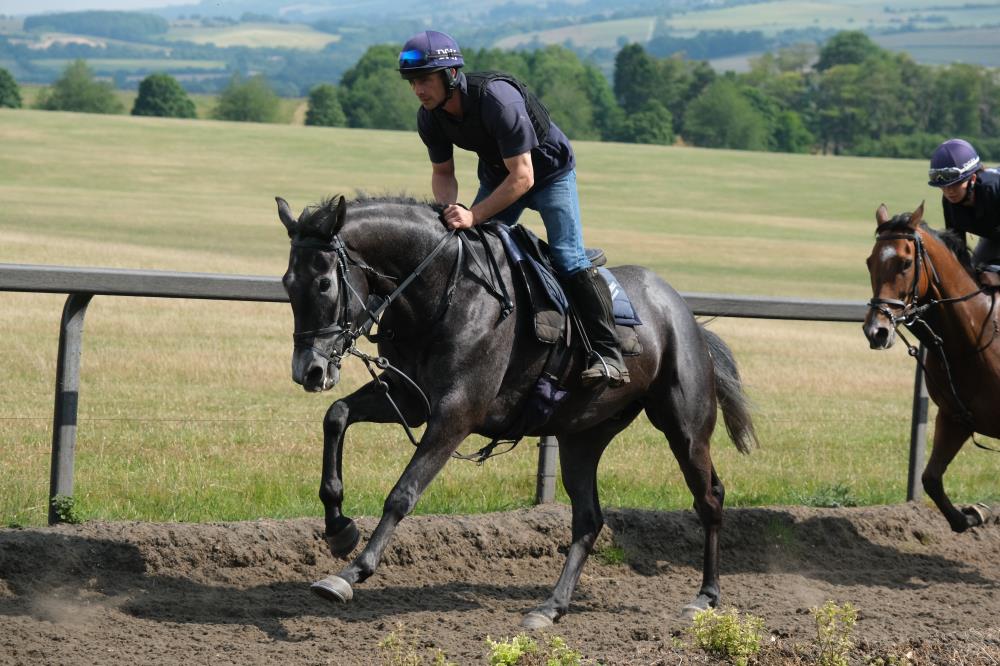 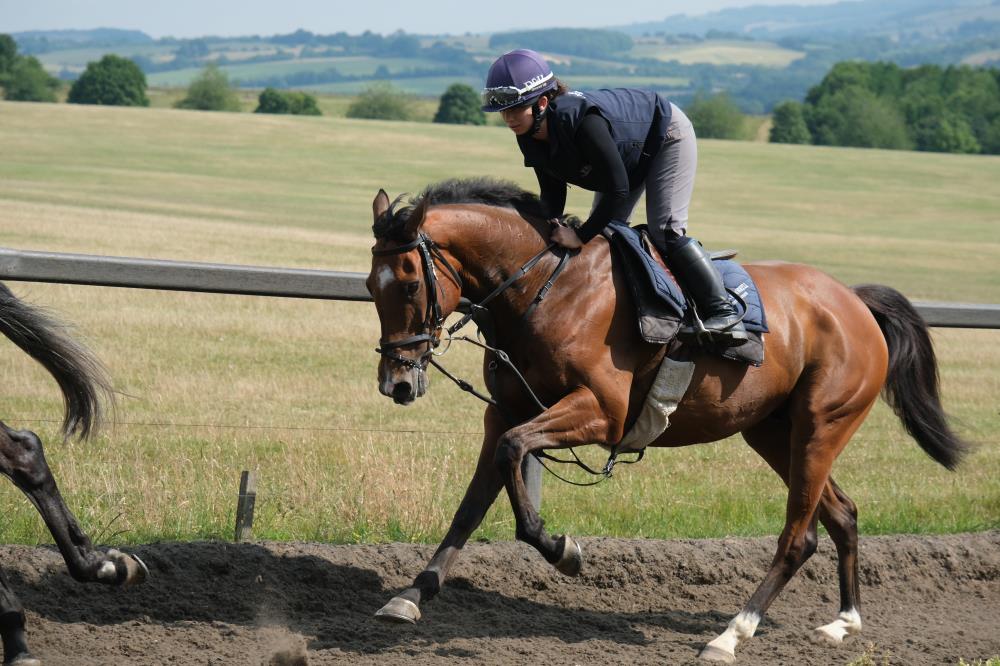 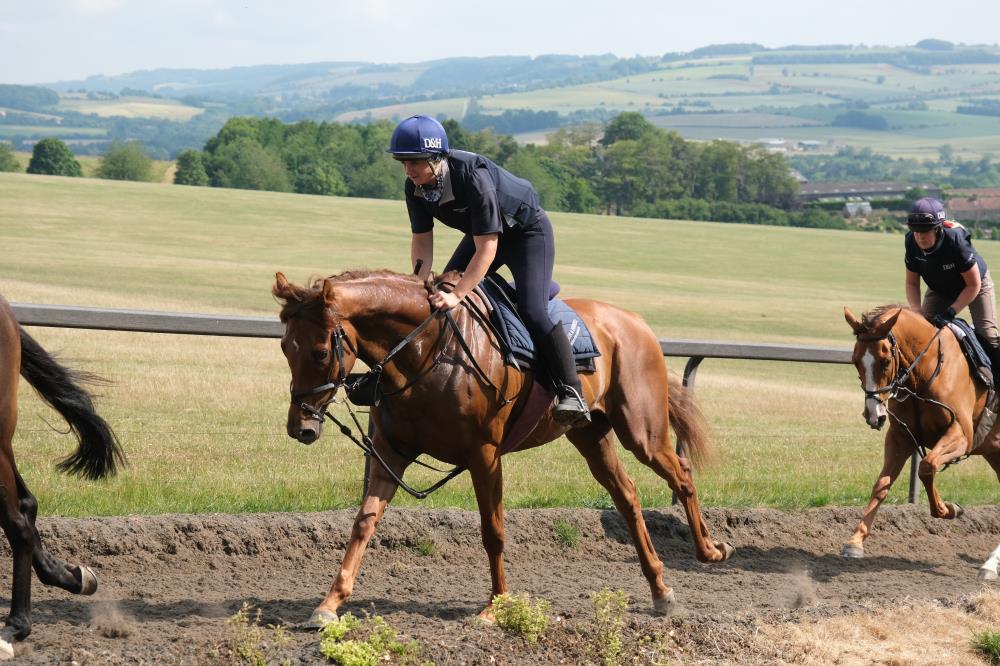 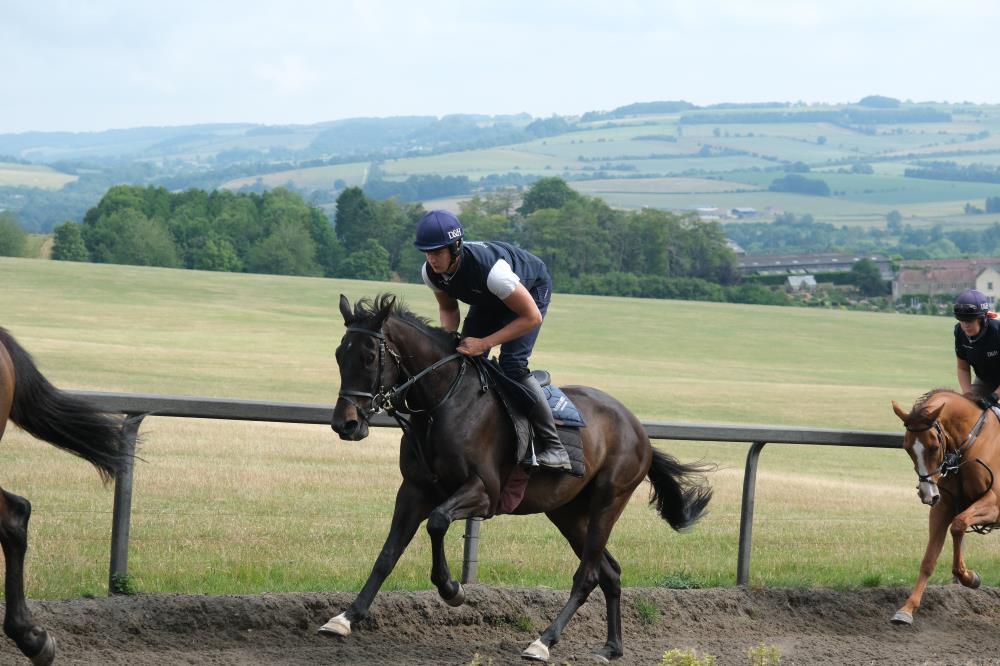 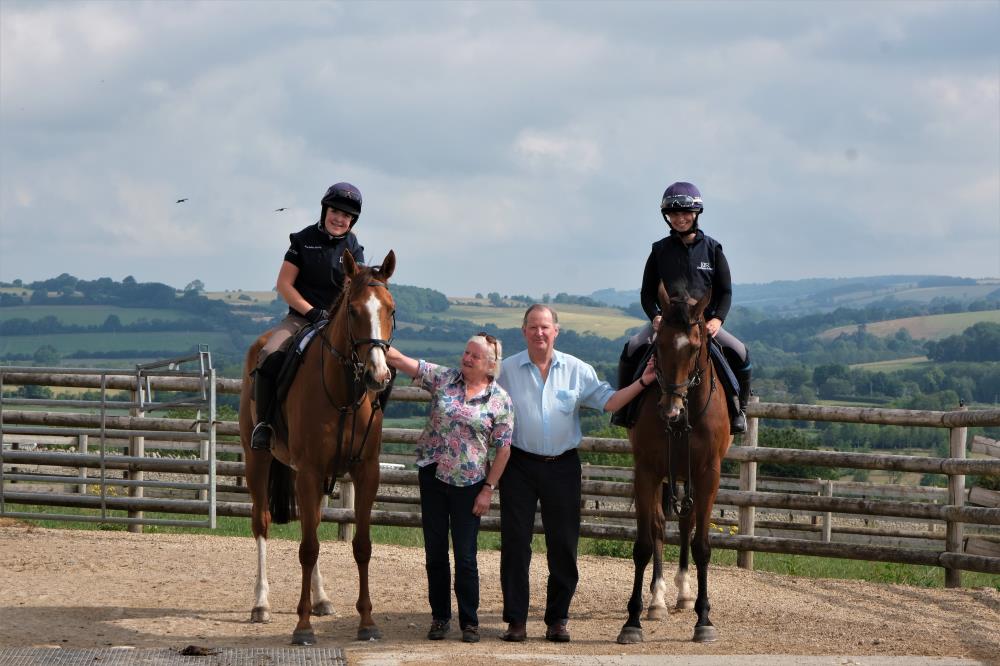