It was a stunning day weatherwise at Cheltenham yesterday.

First Flow..Yes an enigma who has so much ability and frankly going left handed is just not ideal for him, but having said that how on earth did he finish where he did after all the mistakes, and David Bass hardly being able to steer him..

FF must have some engine and considering the faster ground it was an extraordinary performance.. Lets vote to move the Champion Chase to Ascot next year!!

The Irish jockeys made a guard of honour for Paul Hennessey the trainer of the Coral Cup winner Heaven Help Us ridden by Richie Condon..A very popular result .. if you were Irish!

Richie worked for us some years ago and rode Vinndication to his first bumper win and also rode First Flow to finish 4th is his bumper at Chepstow. He also rode a winner on Two For Gold to a bumper success.

The Irish are running away with the number of winners .. The Prestbury Cup looks all rather one sided.

Two days in and great racing and I suppose Tiger Roll stole the hearts yesterday.

5 times Tiger Roll has now won at The Festival, that is some unbelievable performance, and feat… Probably a good thing he is no longer in the Grand National as on his allotted weight he was far too well in..

Our last chance today to hit the big time..

We have four runners in three races at Cheltenham. Imperial Aura, Vinndication, Younevercall and Another Venture.. For my thoughts please click here.

Henry Kimbell who runs the Racing For Maggies charity horse Another Venture has created a fundraising page around AV's race for Maggie's and if anyone would like to make a donation please do so by Clicking here for a Just Giving page...

They say the old ones are the best..

The trainer was giving last minute instructions to the jockey and appeared to slip something into the horse's mouth just as a steward walked by.

"What was that?" inquired the steward.

"Oh nothing" said the trainer, "just a polo".

He offered one to the steward and had one himself.

After the suspicious steward had left the scene the trainer continued with his instructions "Just keep on the rail. You are on a certainty. The only thing that could possibly pass you down the home straight is either the steward or me". 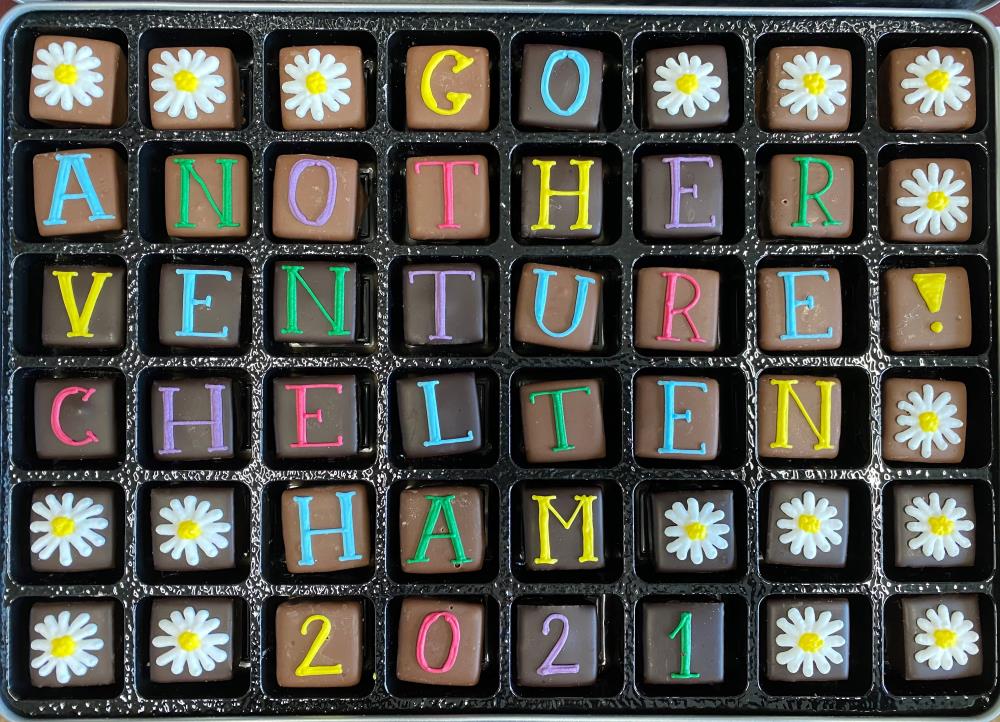 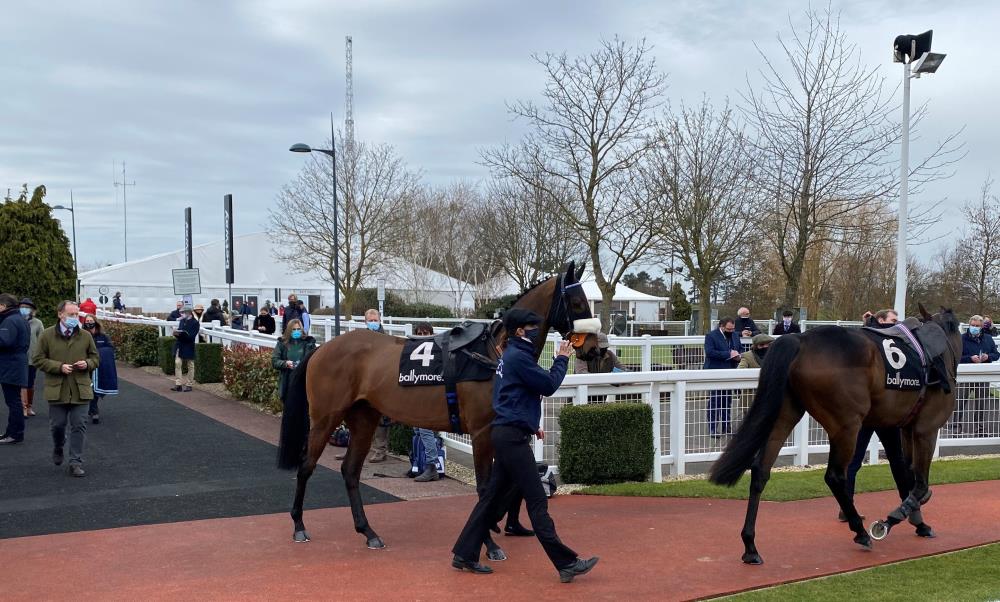 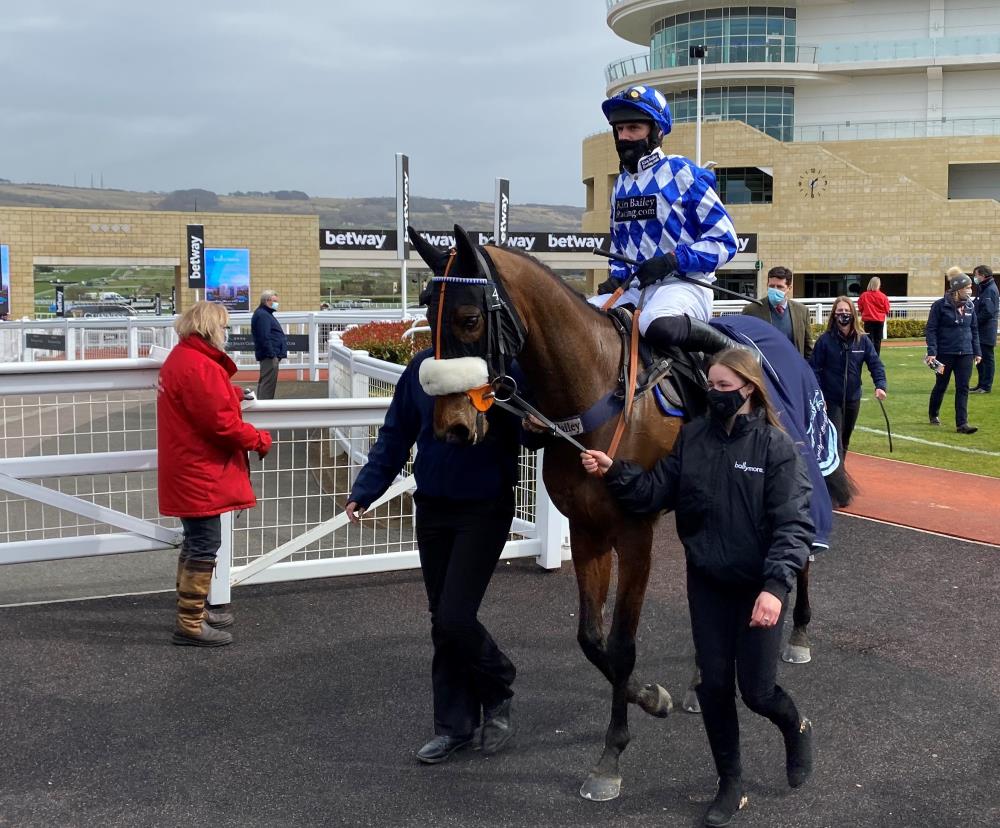 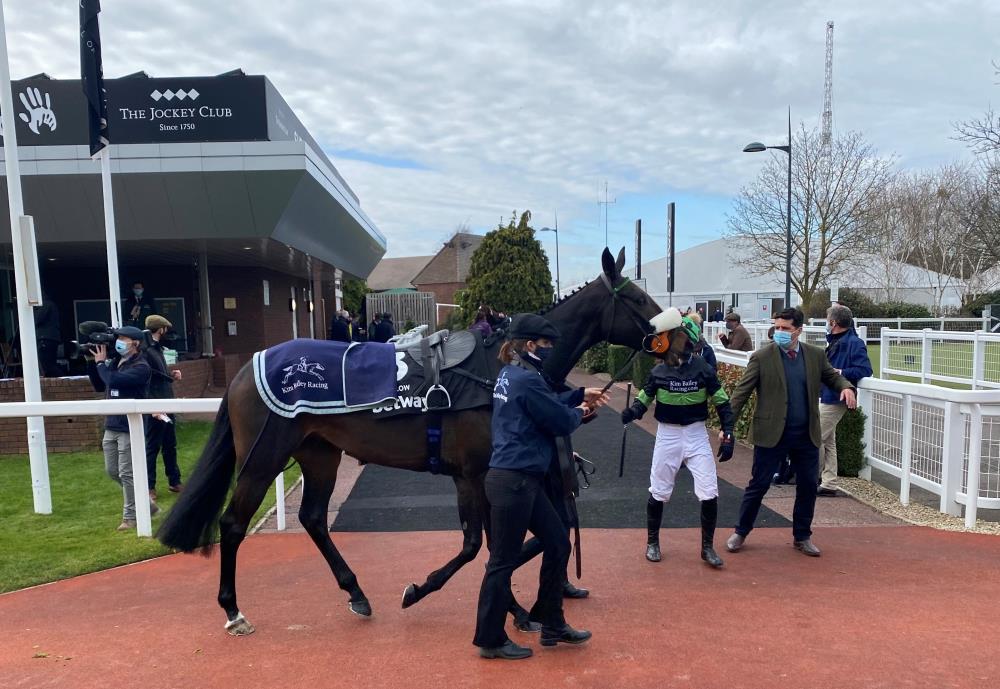 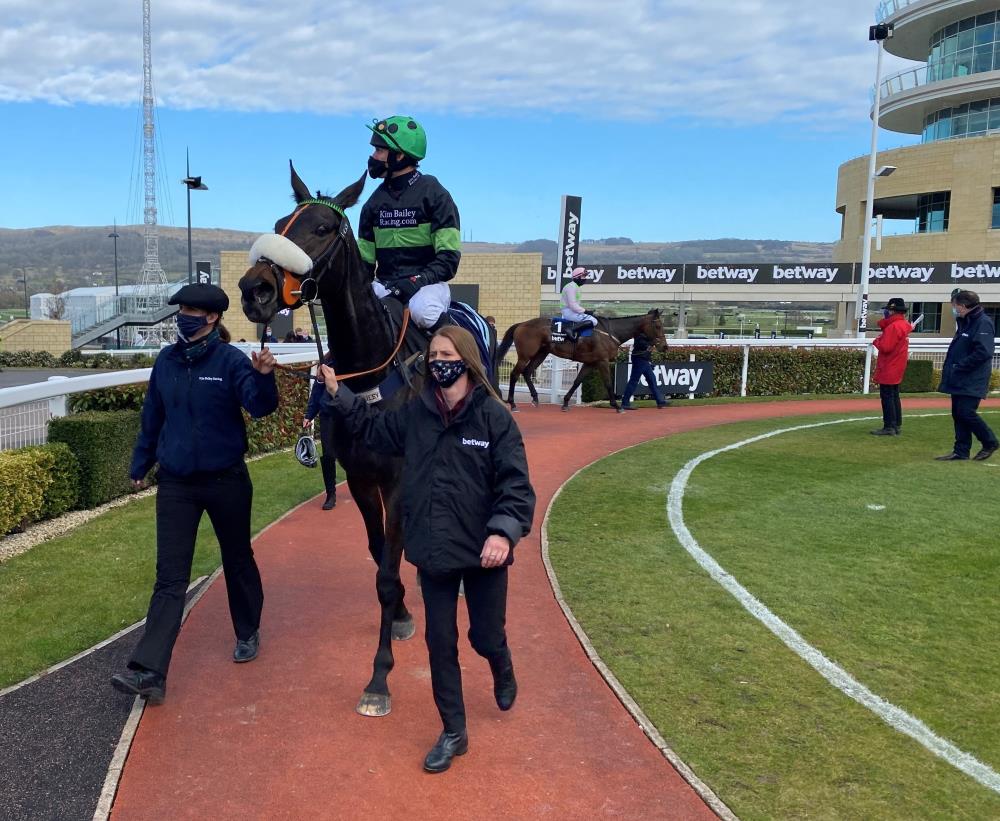 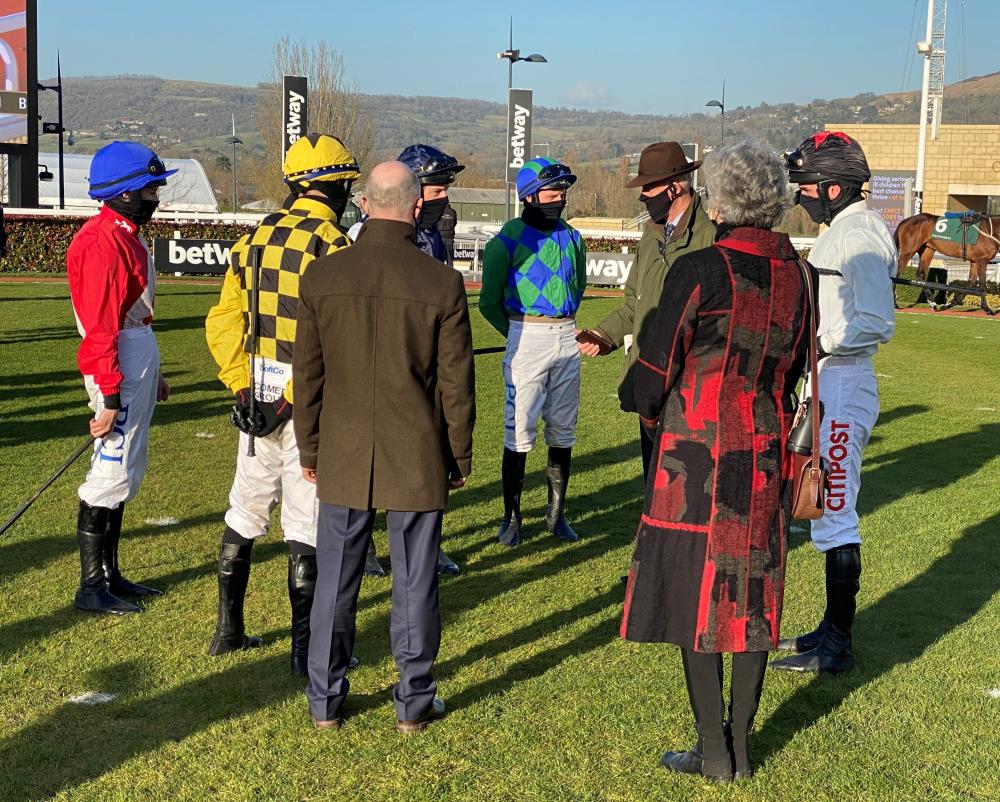 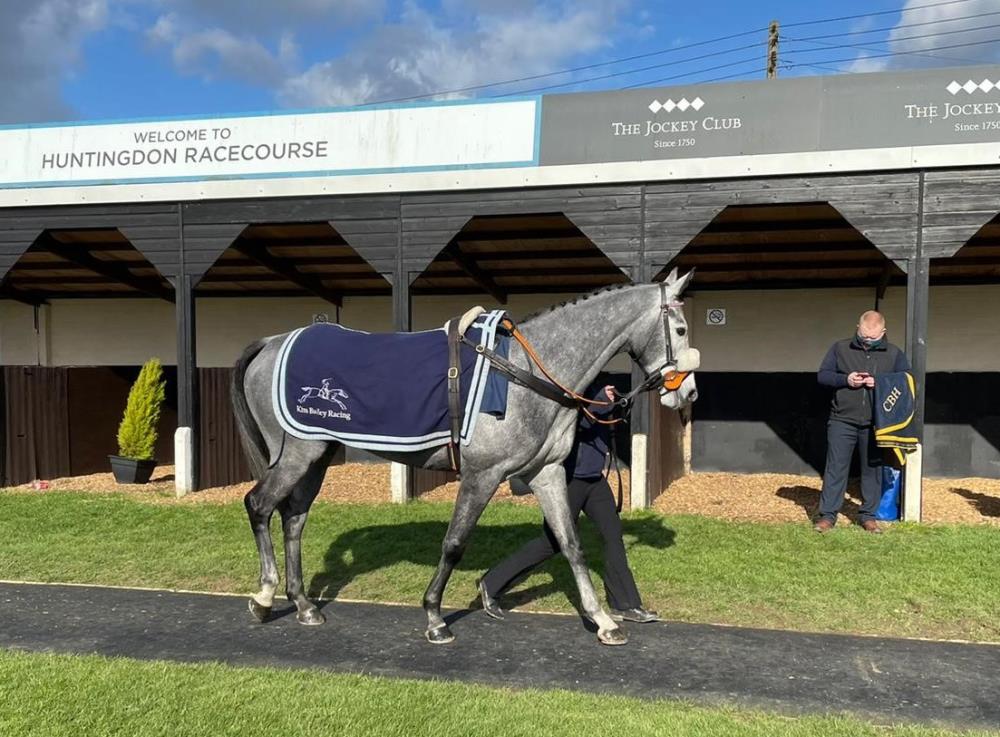 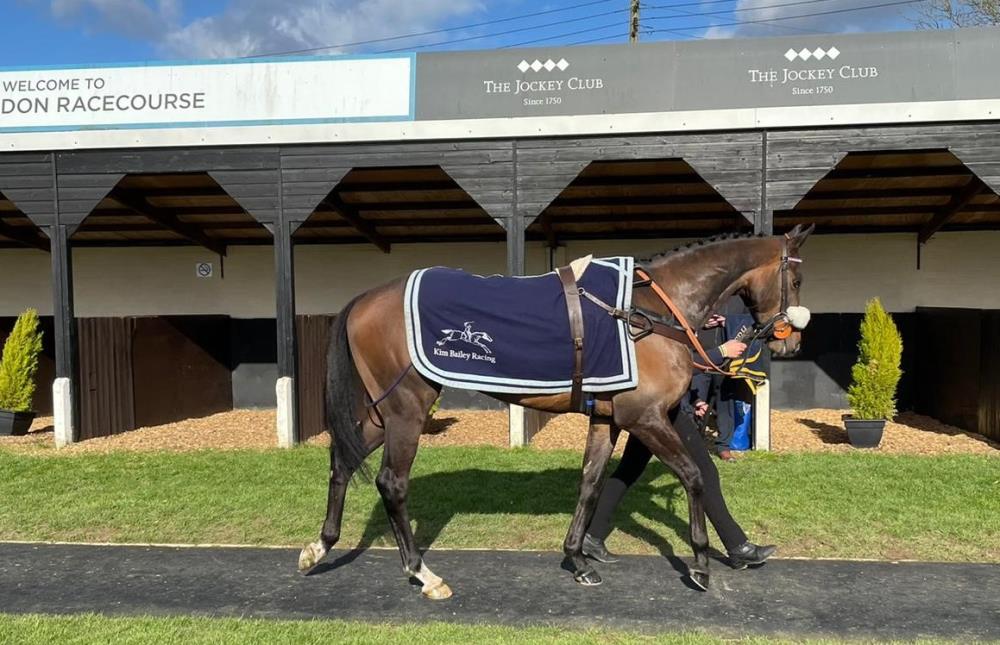 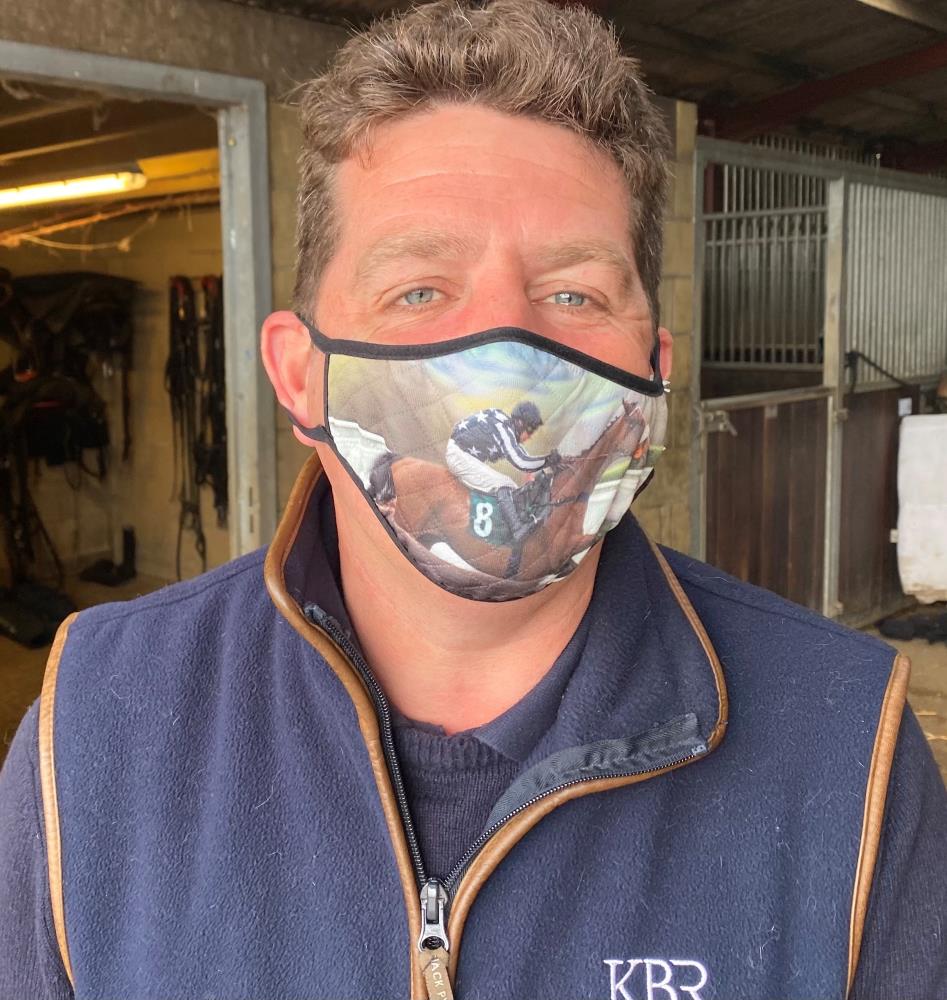