Racing has its ups and downs especially when you train horses.

Our job is like being a head master at a school or a manager of a football team. Either way you have a number of athletes to look after and like all athletes injuries happen.. Even Sir Alex Ferguson failed to keep his squad in peek condition all season.

Yesterday for me was a day all trainers hate and that is breaking bad news to owners. Why is it the more you try to do the best for somebody the more difficult it becomes.. Anyway break bad news I have and it is never easy, but at least time heals and horses will come back into being what they should, and that is racehorses on racecourses.

Last night I was glad to go out as it put our little lives very much into perspective .. Clare and I went to see Darkest Hour..What a stunning film and what an extraordinary piece of acting by Gary Oldman..

The cinema was packed and when the film was over I expected clapping, but instead most just sat there and pondererd..

Thoughts were probably of today and where might we have been if we had not such an extraordinary man in charge of our country in those very dark days..

Not often do I go to a cinema and realise how young I am.. there were old boys there who probably have not been to seen a film or go to a cinema since smoking in the aisles was banned and mobile phones broke the silence. It was an extraordinary film and one I was very glad to have seen.

On a brighter note..David Bass rode a 100/1 winner at Ludlow yesterday.. You can't keep that man out of the headlines!

Friday morning and two youngsters had an away day. Imperial Aura and Rosmuc Relay.

Cotswold Film Company here to video a short promo..This was their last video

Our vet was in for his Friday visit.. yes life goes on.

Haydock tomorrow.. Very touch and go according to Kirkland Tellwright..

I was sitting in our usual corner seat at our local Pub with Clare who was sipping a glass of wine.

Out of the blue she says “I love you so much, I don’t know how I could ever live without you”

Thinking this to be very much out of character I ask, “is that you or the wine talking?”

A little light relief for a Friday.. 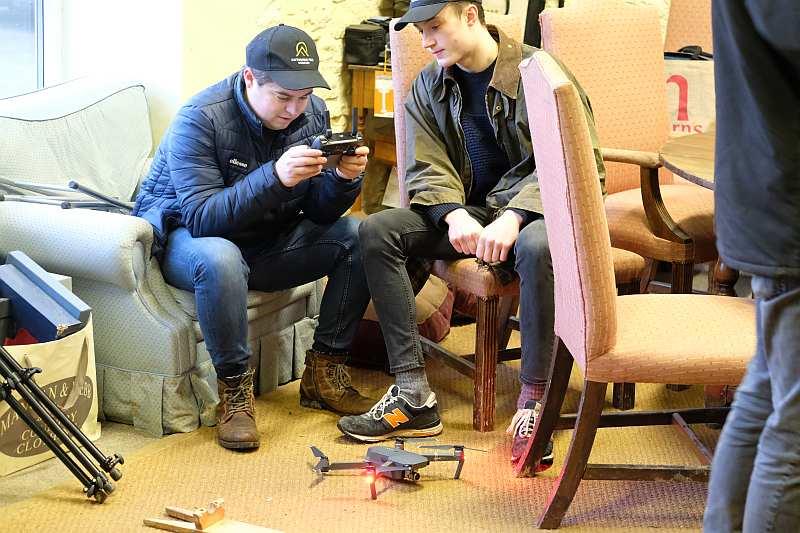 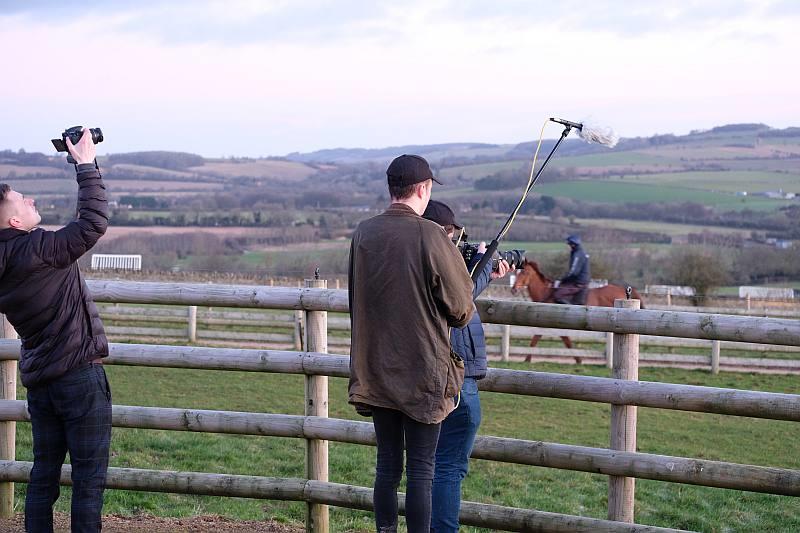 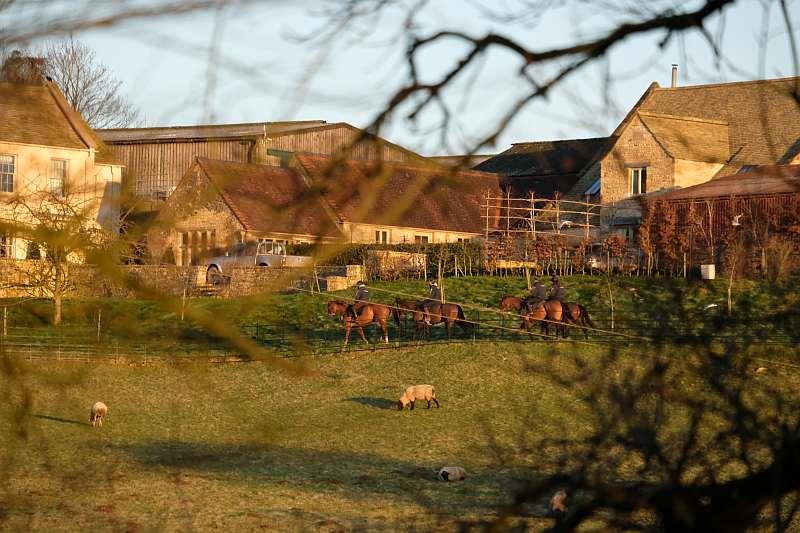 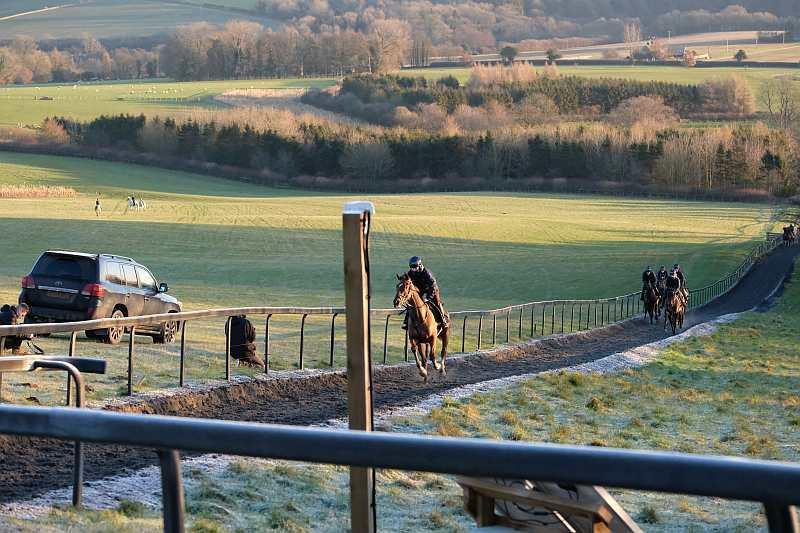 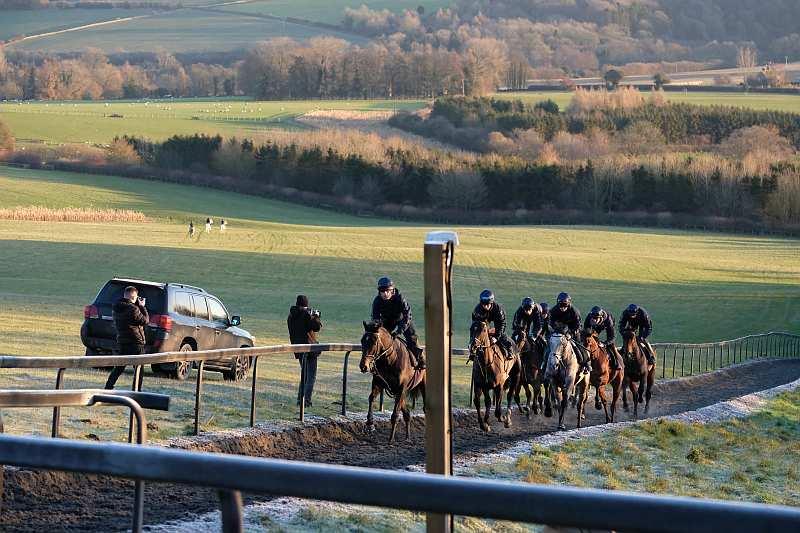 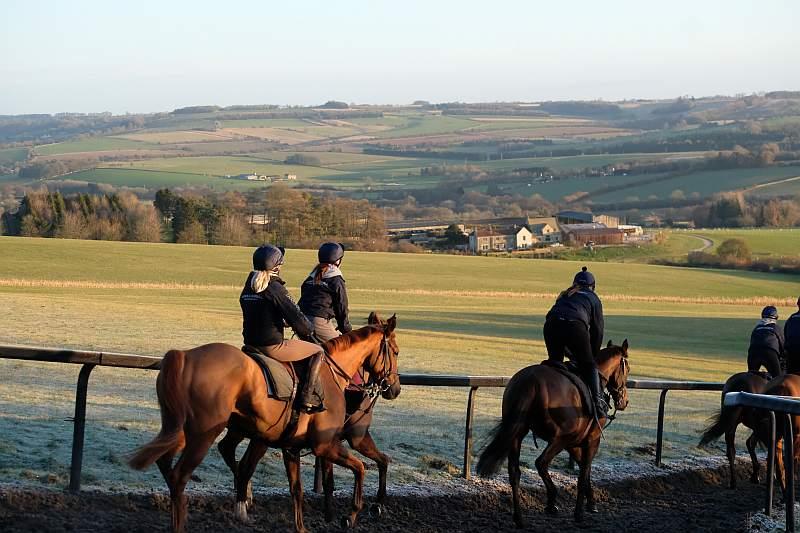 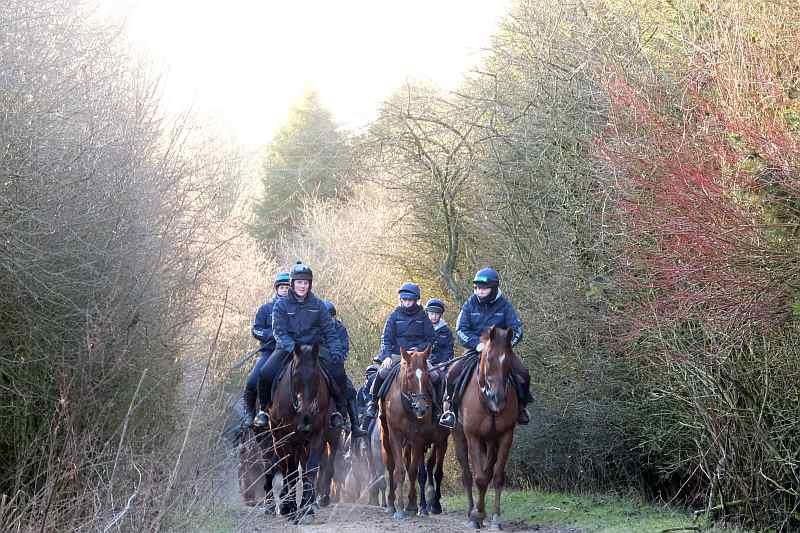