Plus 7 and dry when driving in..

I love a good story.. Yesterday at Warwick I met our 5 to follow competition winners..

Where’s the story in that..

My 5 to follow competition was won, 'bizarrely', by a member of my staff.. Will Hodkinson..

I say 'bizarrely' because usually my staff finish well down the field, but this year Will chose his horses correctly and won the coverted first prize of a nights stay in The Lygon Arms Hotel and a days racing as guests of The Directors of Warwick Racecourse..Fabulous prize don’t you think?

Will being the good son that he is, gave his prize to his mother Sarah Hodkinson.

Sarah then took her long time partner Barry Crabb for the trip and to make the evening especially memorable Sarah asked the hotel to organise the best table for dinner with loads of flowers on the table.... into which she added an envelope..

Barry was impressed to say the least and when asked to open the envelope he found to his delight that Sarah was asking him to marry her.. Now isn’t that a romantic story.... Will, who has known Barry as his stepfather for a while, now looks to having Barry officially as a stepfather..

The directors at Warwick were told the story and made sure Sarah and Barry were suitably looked after.. They had a fabulous 24 hours as winner of our 5 to follow competition and although Barry had possibly been racing before Sarah had not.. what a great day and many thanks to The Lygon Arms Hotel and the Directors of Warwick Racecourse for their wonderful generosity..

So now you too can try your luck at our 5 to follow competition and enter by looking at our horses in training page and selecting 5 horses to follow..or down load my open day brouchure

Moving on.. Peaked Too Soon ran a blinder to finish a fast finishing 3rd and the Racing Post noted him as an eyecatcher of the meeting

There was a huge crowd, including Keith Bratt and Terry Crump (Shantou Express and Tantoli), at Warwick enjoying the sunshine and fine weather, although the downside was finding the portacabin loo cordoned off so men were seen using the basins in the portacabin instead.. not sure I will be washing my hands in there next time!!

Tuesday morning a very busy one..

David Bass was in to ride out and at 9.30 we had a visit from about 35 members of the TBA.. 'A morning with Kim Bailey followed by a visit to Overbury Stud' where Simon Sweeting will doing the honours this afternoon.. in between the two visits lunch has been organised at the Fox and Hounds in Bredon.

Graham Potts our vet was in this morning and this week mover or shaker in the BHA handicap charts was Grey Flint who went down 1 to 83.

Last weekend Nick Cook celebrated 30 years of marriage to the long suffering Shan.. The lovely Shan gave Nick some suitable china made by Susan Rose.... One of the mugs has yet to win, let alone run!.. Pressure?

Quote..'Of course I can get through the day without coffee. But let's all be thankful that today is not the day we find out what that would be like.' 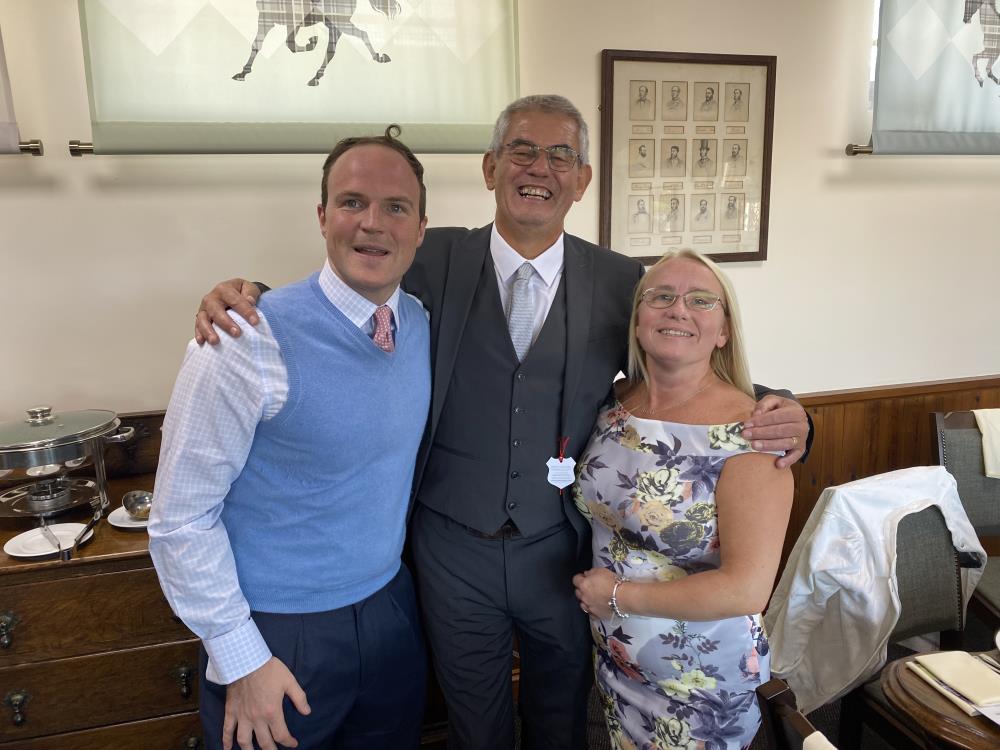 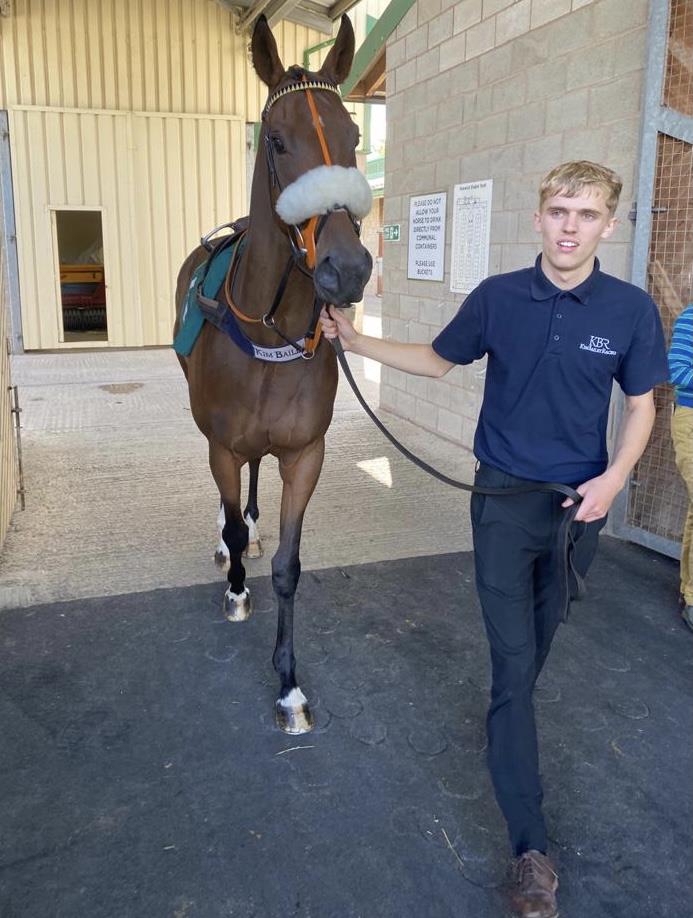 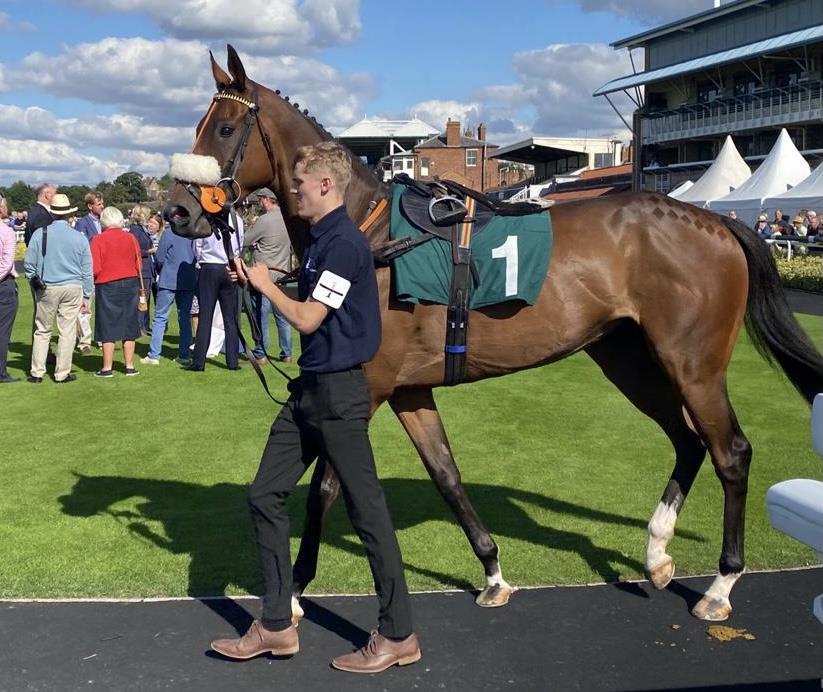 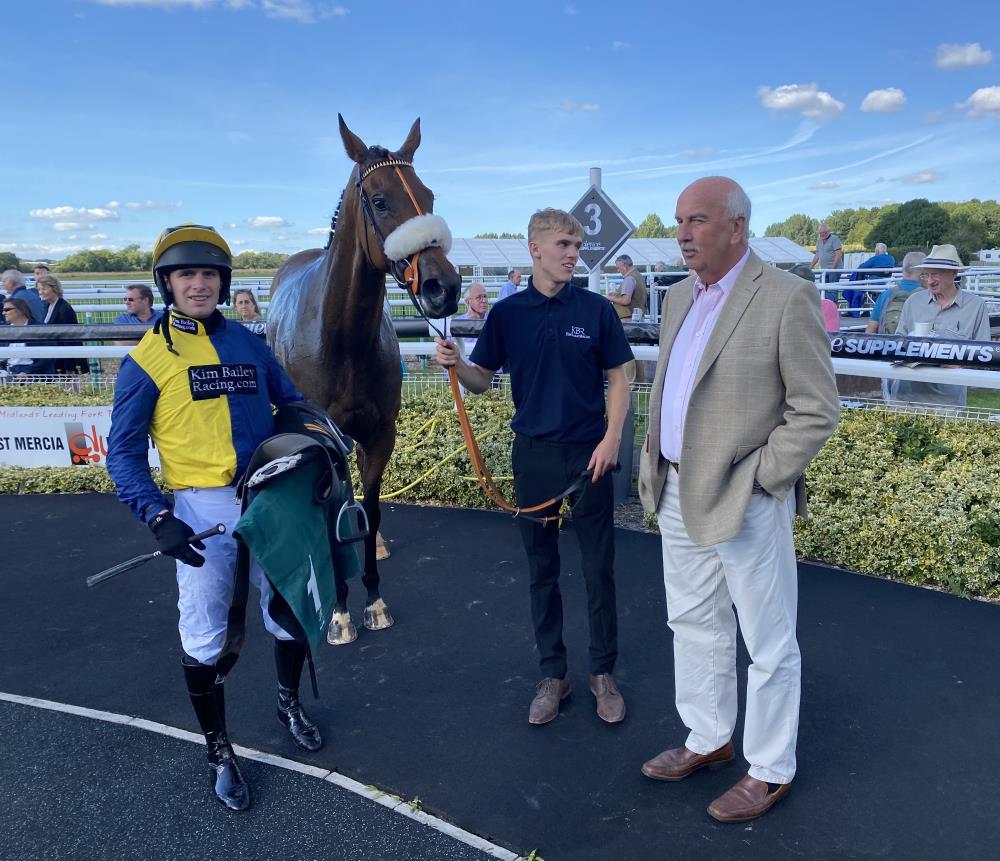 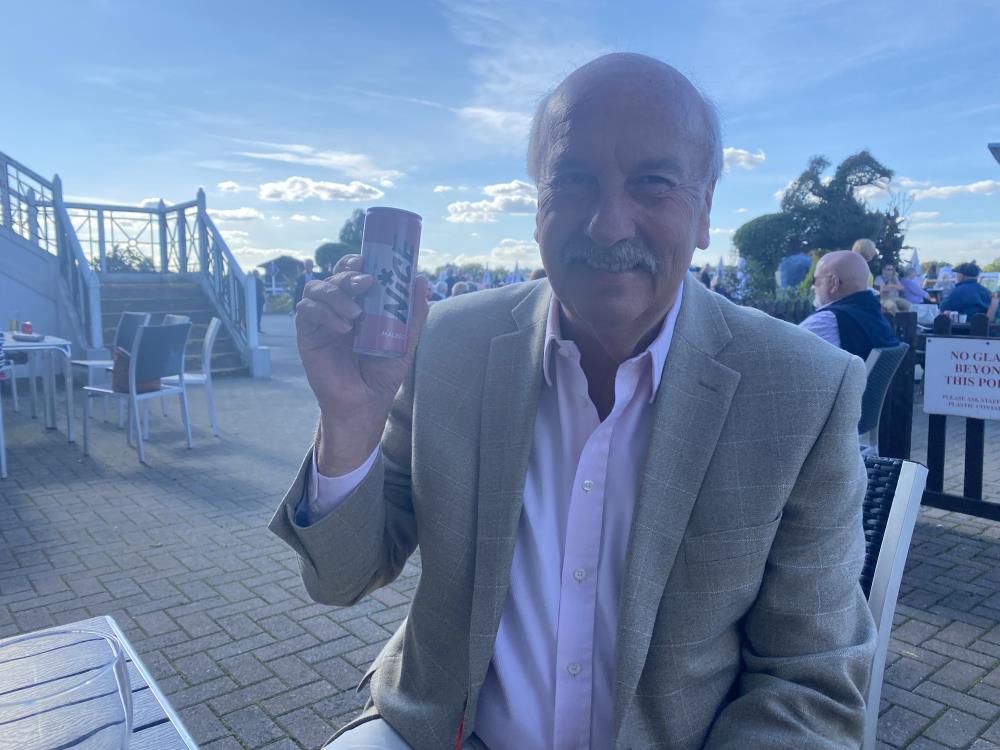 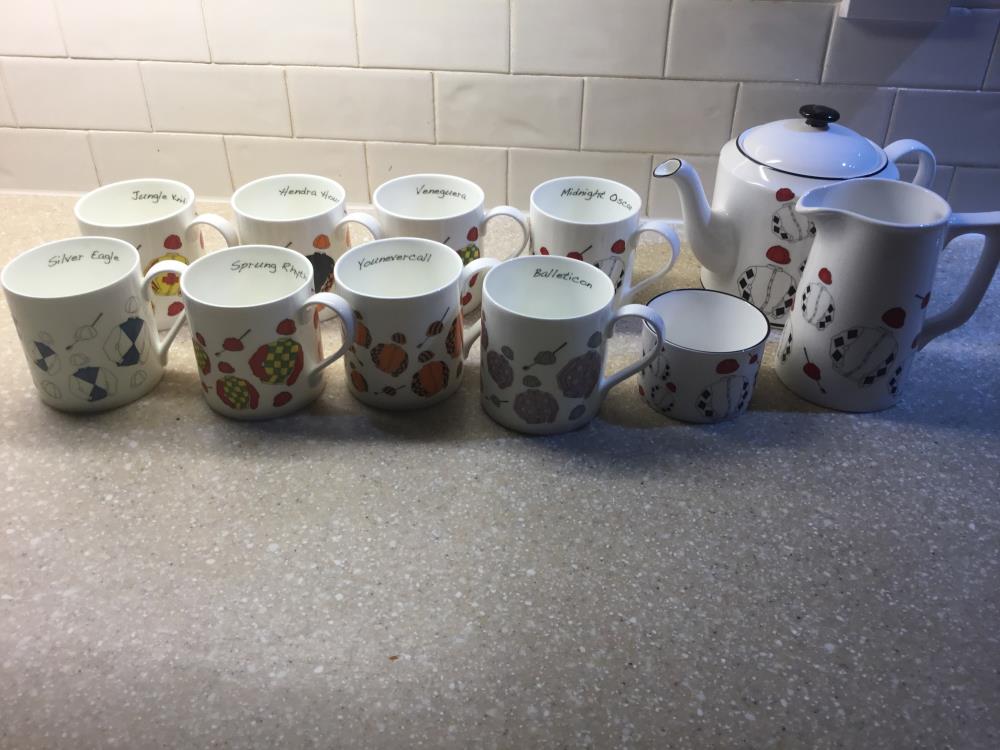 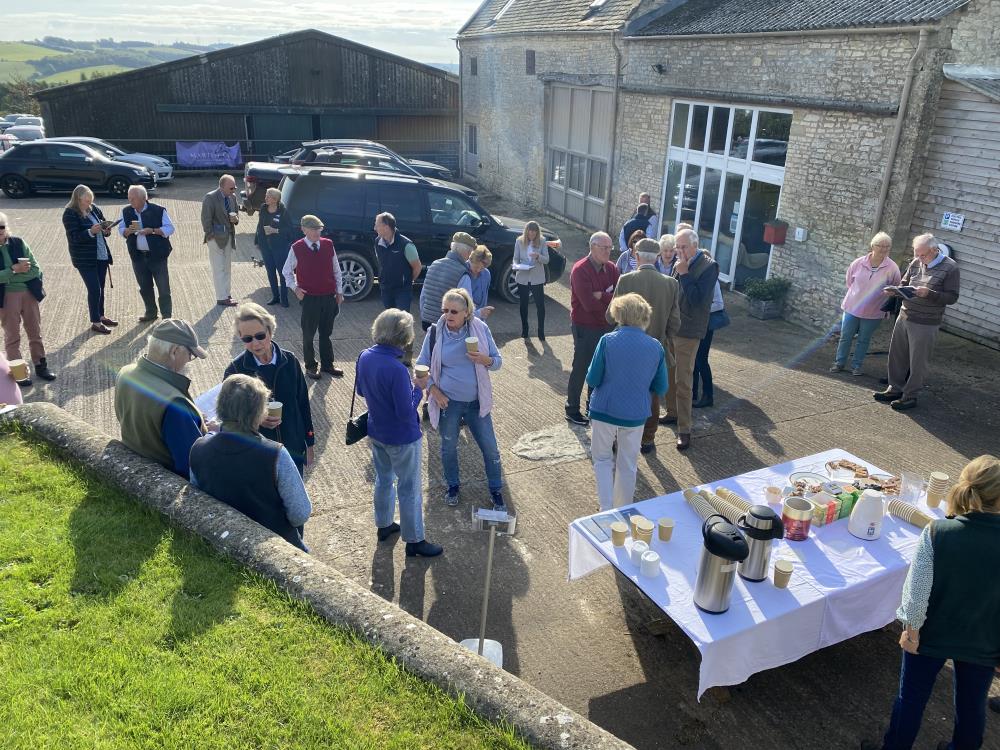 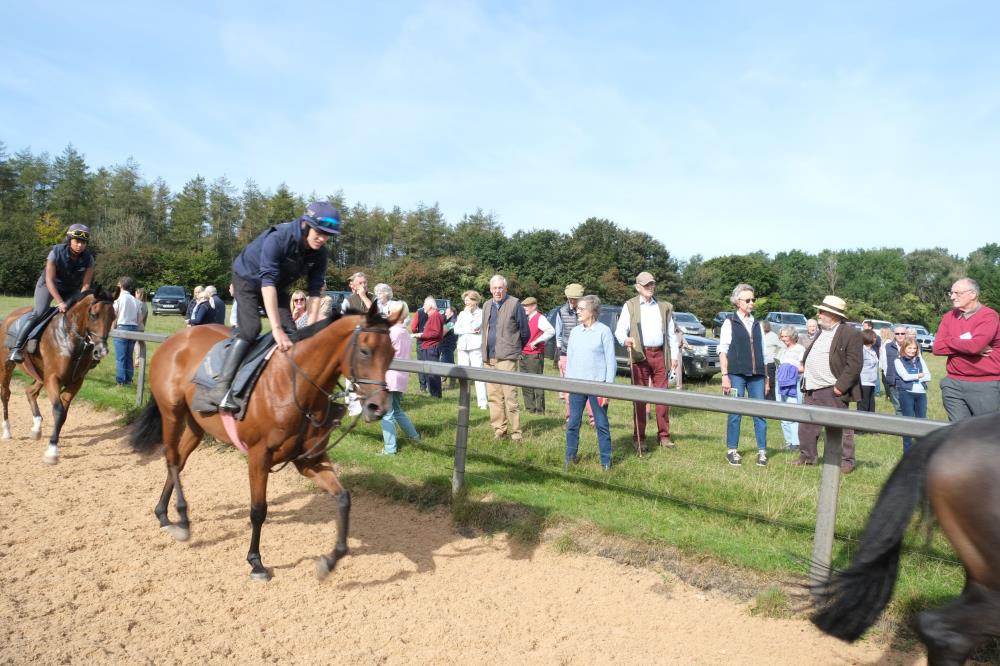 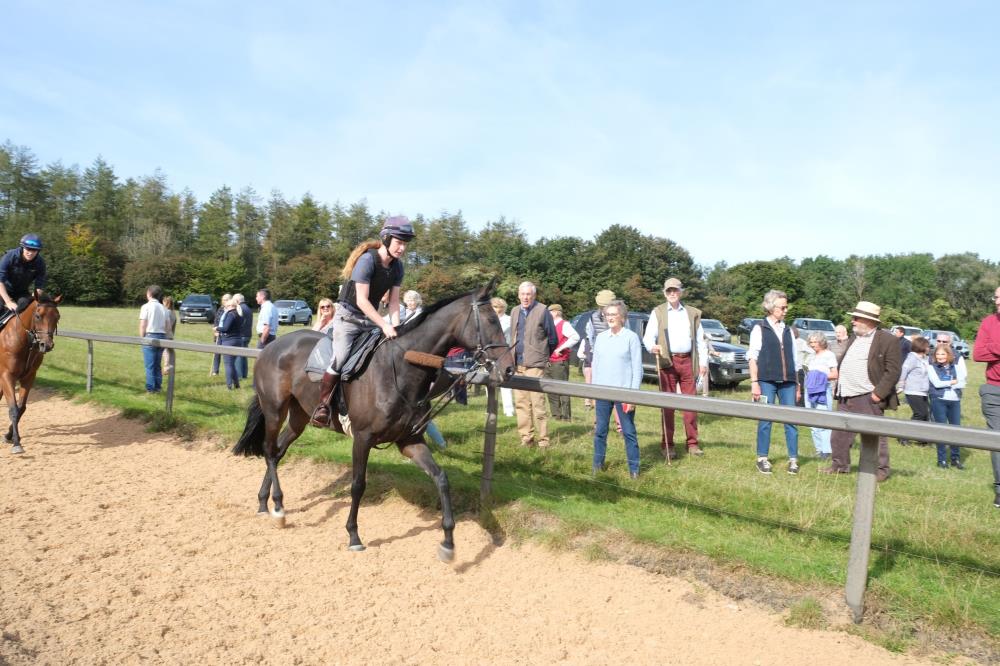 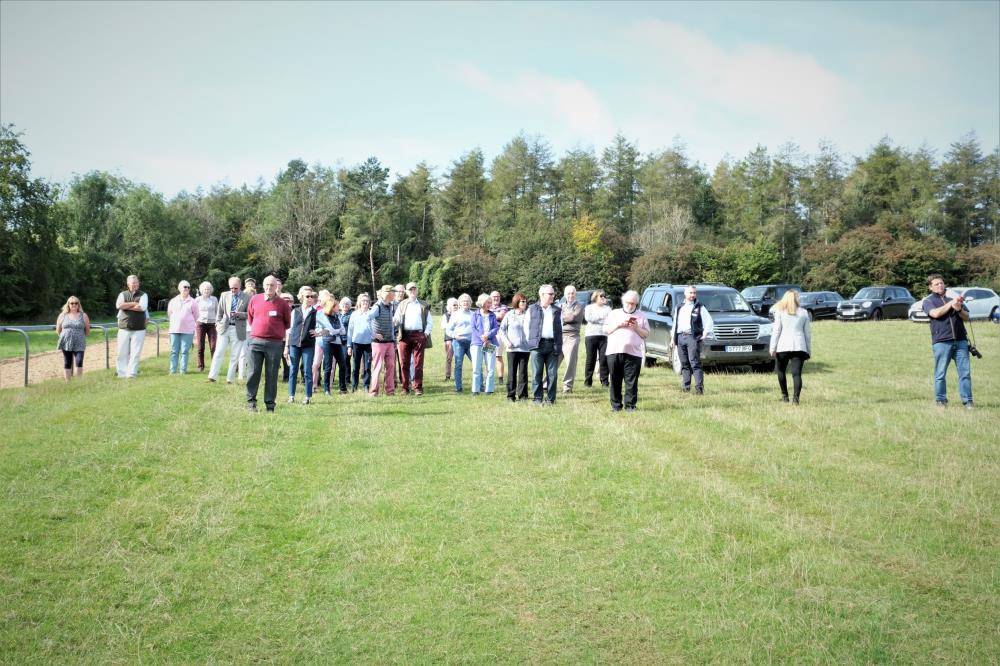 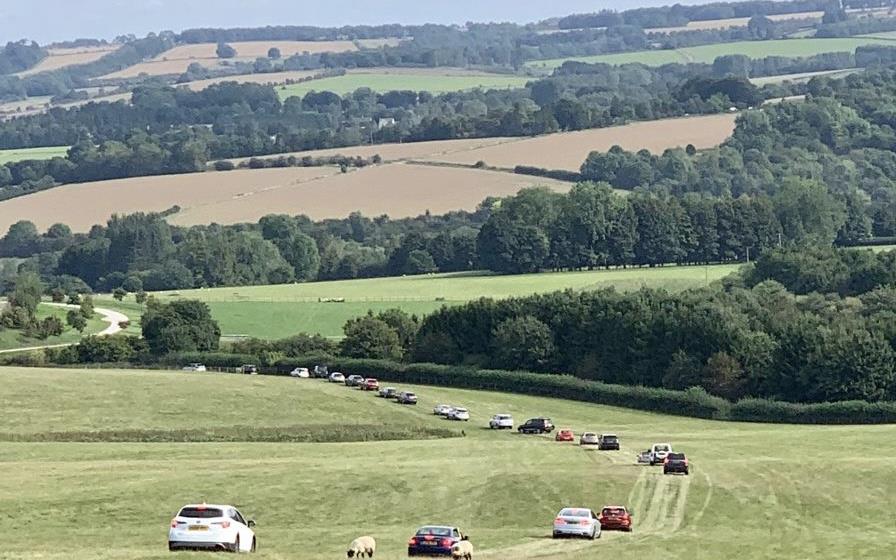