Little Jupiters Gift ran well yesterday to finish 3rd at Fontwell in the bumper; she looked like winning two furlongs from home and was just caught close home. The 6 members of the Sting In The Tail Partnership who were there yesterday were happy.. Thats what racing is all about?

Matt Chapman rudely commentated on ATR something about Old Kim… Anyway he apologised later by sending over a message.. ‘Many Apologies. I will try and be more factual in future!!’

Jack Jones who represented me yesterday made a day of it by offering to drive me home from The Turf Clubs Racing Dinner last night.. or was it this morning.

The Turf Club Racing dinner last night was a huge success. Their trainers TNDGB, Hugo Palmer, Paul Webber and Hughie Morrison were in attendance (Nicky Henderson and Tom George were absent) as was their star attraction of the night Mrs Danvers’s trainer Jonathan Portman. Guest of honour no less which is what you would expect for training The Turf Club’s fine racehorse.

Nick Cheyne hosted the evening and after setting their top trainer up for the main speech Jonny did not let him down.

Jonny Portman has already proved what a fine trainer he is, but if all else fails he has a new job (like many of our politicians)..He is a far better after dinner speaker and quickly put various members of the club down by referring them to actors.

We were lucky that Nick Cheyne became Robbie Coltrane while Christopher Rathcreedan became Hugh Bonneville just for starters. Yes listening to JP, who likens himself to Mr Bean, made for a very good evening.

Drinks after in the bar with TNDGB who was not for heading home last night (traffic bad over Hammersmith Flyover) so stayed up instead in one of his other clubs..

Not feeling my best this morning..It might be our easy day today although we worked Chateau Robin and Desaray.

Mike Pennington, Mark Geobey and Richard Heathcock were here for Morning on the gallops followed by breakfast.

The Cotswold Film Co were here for the morning filming. They made this short video last year..Racing Stories.. The Life at the yard is a good example of their work.

Mrs B a very happy person. Archie is home for half term..

We have no runers today.

Is this fitting for this morning?

Mother, “How was school today, Archie?”

Archie, “It was really great mum! Today we made explosives!”

Mother, “Ooh, they do very fancy stuff with you these days. And what will you do at school tomorrow?” 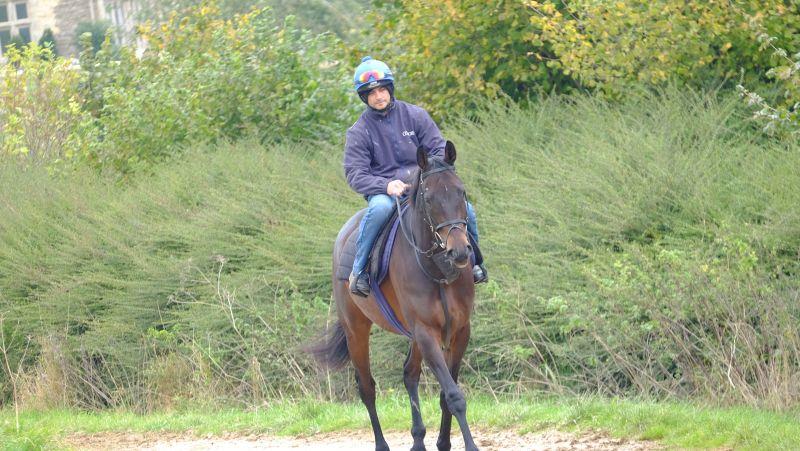 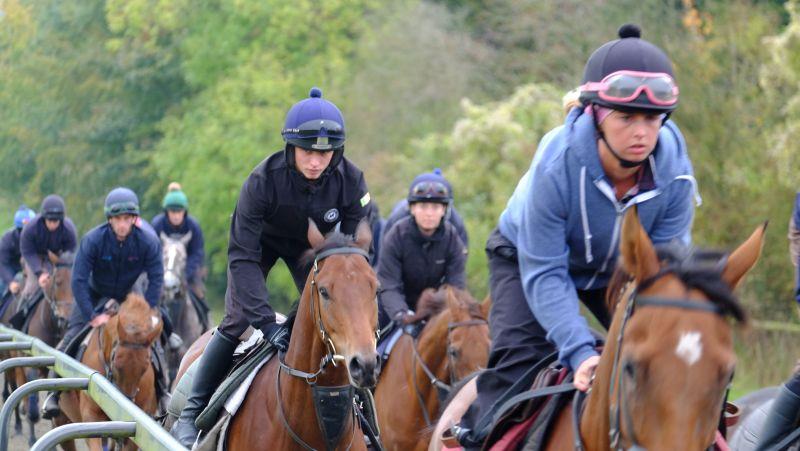 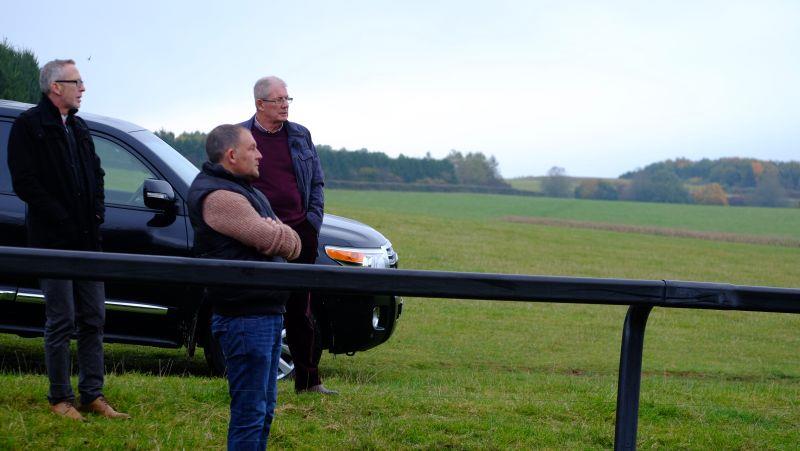 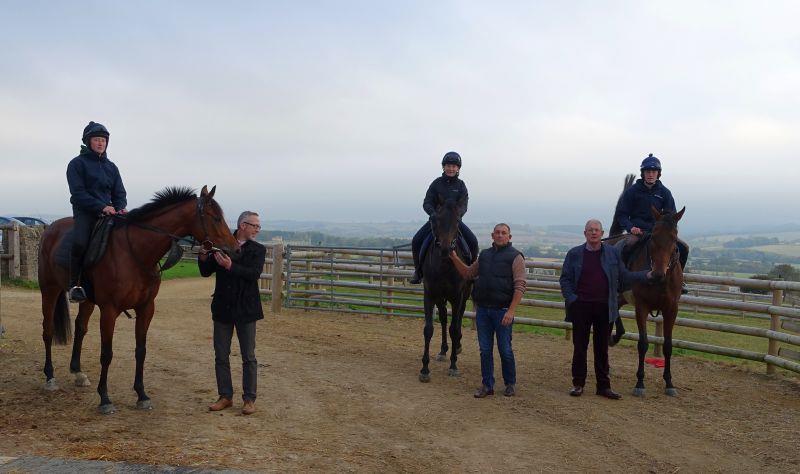 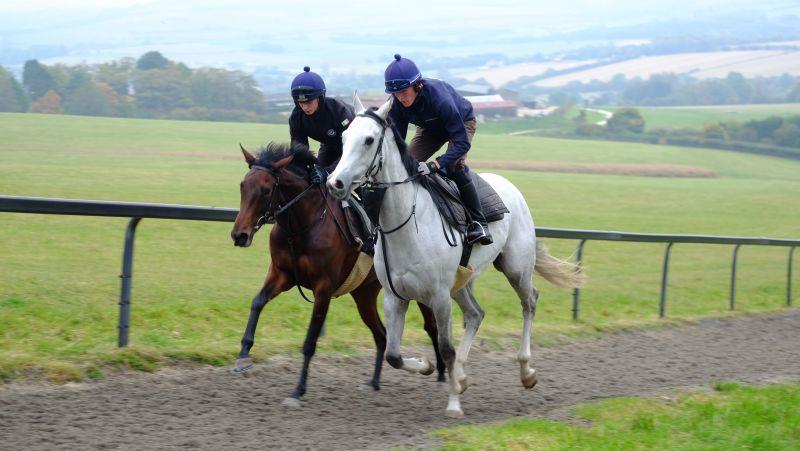 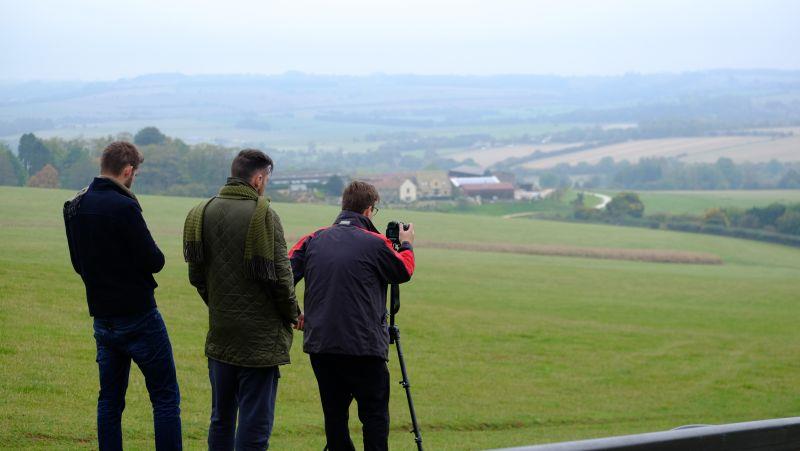 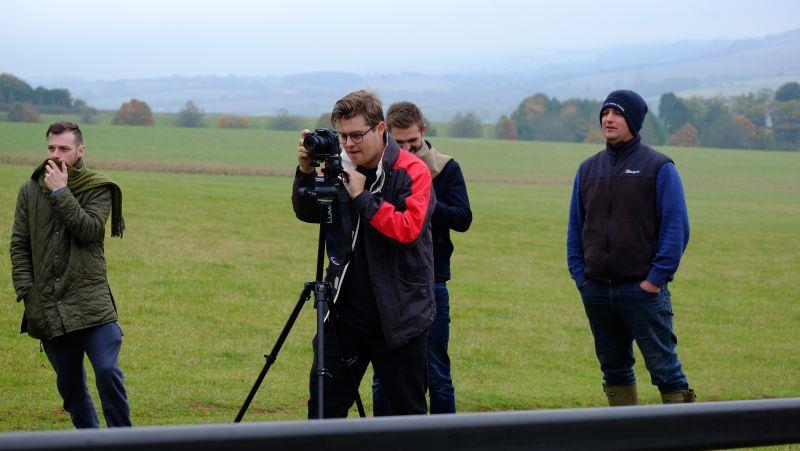 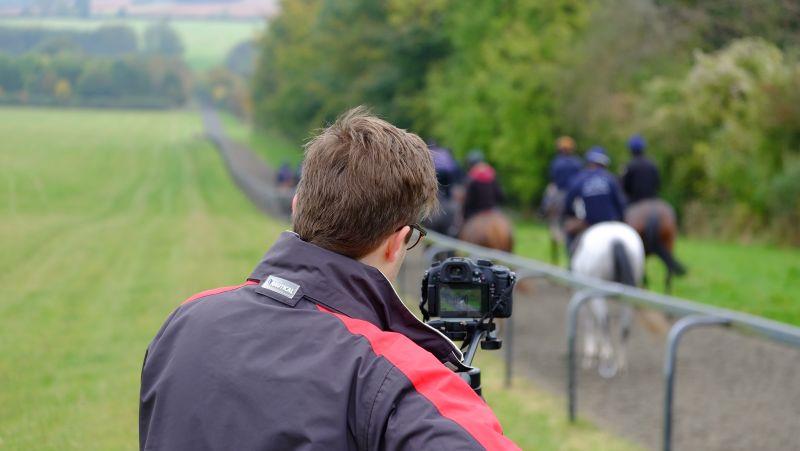