Very welcome rain yesterday..22mm here.. It was wet and muddy at Cheltenham, but not in the paddock as they have changed the surface to plastic grass.. now more fancy high heels stuck in the mud!? They only 14mm of rain at Cheltenham..

No jockeys in this morning.. Time For Hollie and Bobhopeornohope had a session with Laura Collett.

Much like yesterday, Thorndale was buzzing with visitors this morning

Billy, Gary, Anthony and Niall McNamara were the highest bidders at the charity auction for the Adam Stansfield Foundation

Louise and Matt Holmes were here after Louise gifted a morning on the gallops tour to Matt for his birthday.

Later on we welcomed 20 guests of Great British Racing for a tour and bacon sandwich prior to racing at Cheltenham.

We have two runners today at Kelso.. Voyburg and Does He Know and one tomorrow whe  Shinobi runs at Ffos Las.. for my thoughts on all their chances please click here.

Paddy gets stopped towing a horsebox on the motorway.

Police ask "Where are you going?"

"I'm taking these horses to the races." replies Paddy.

"But it's empty" said the copper. 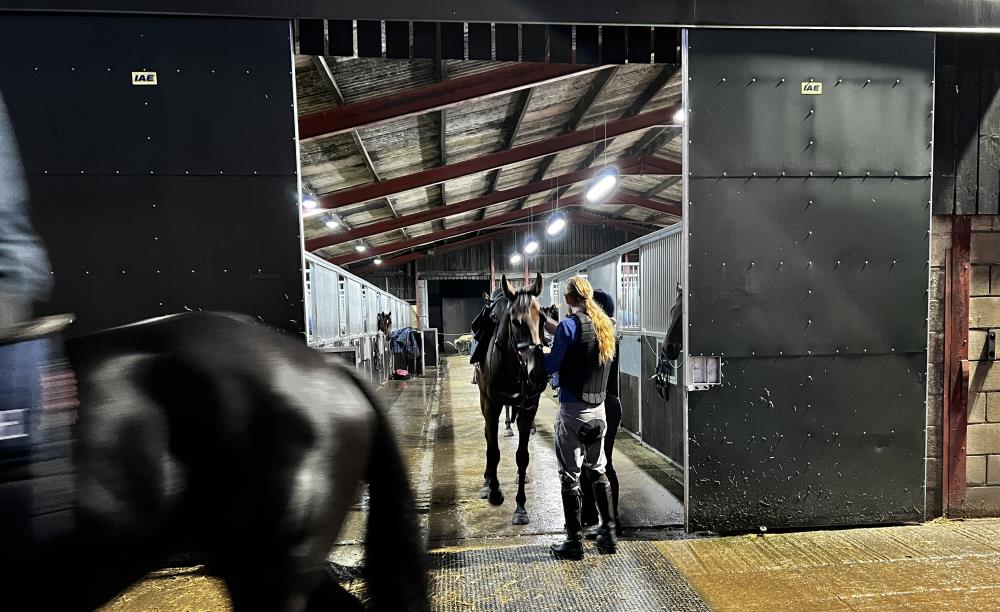 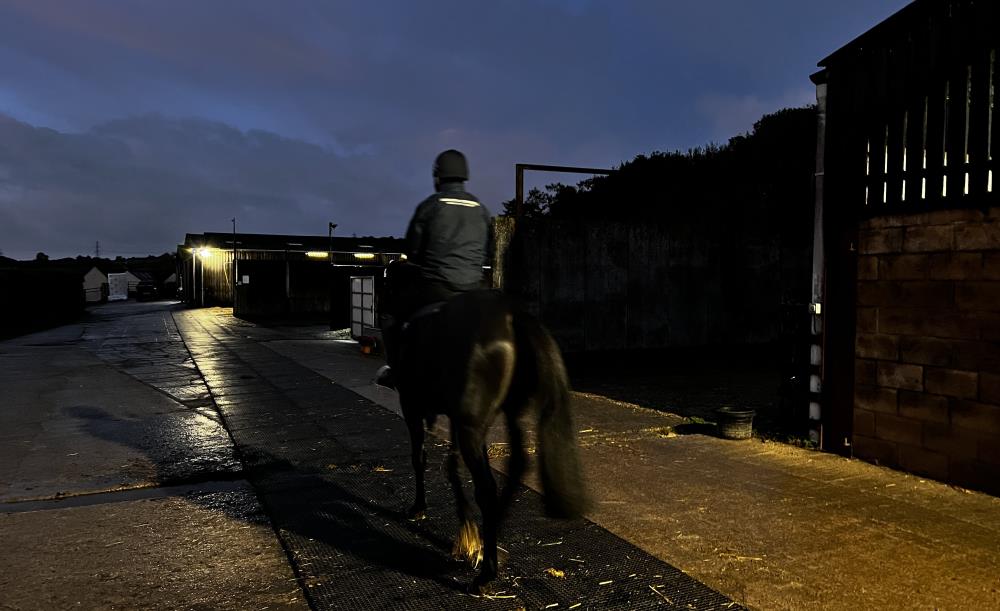 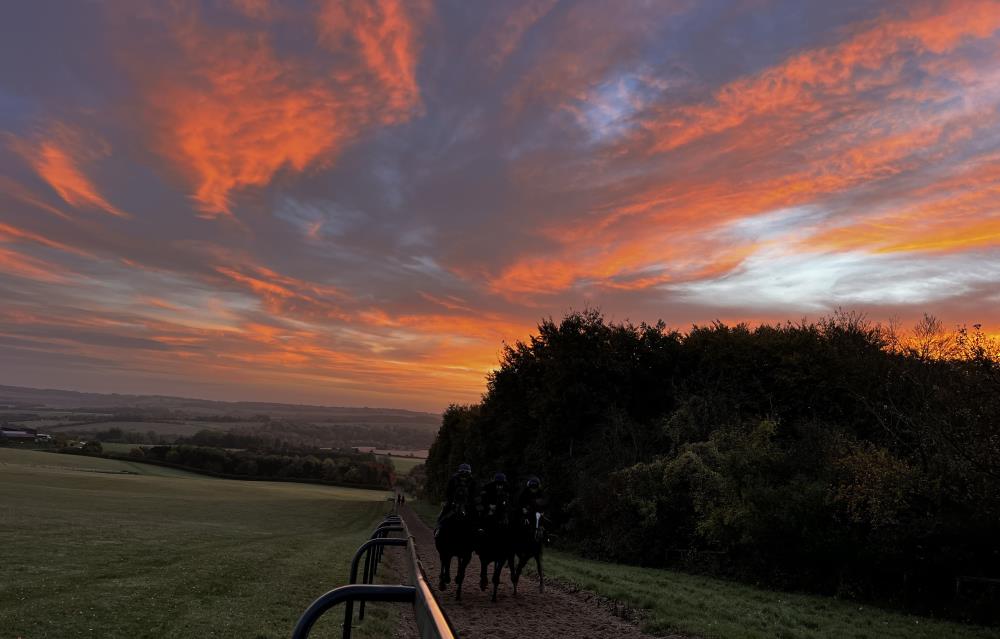 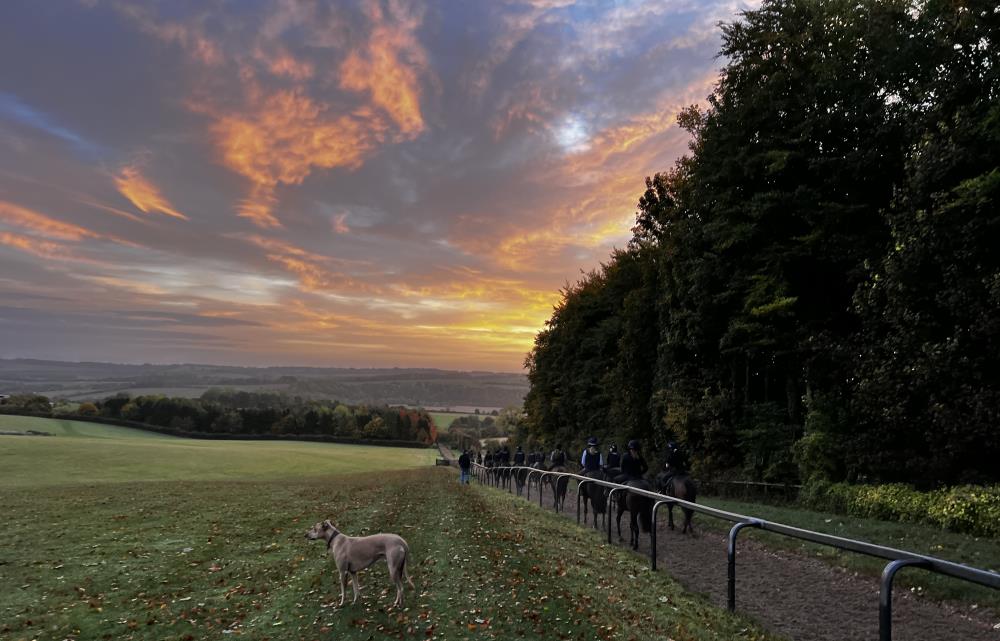 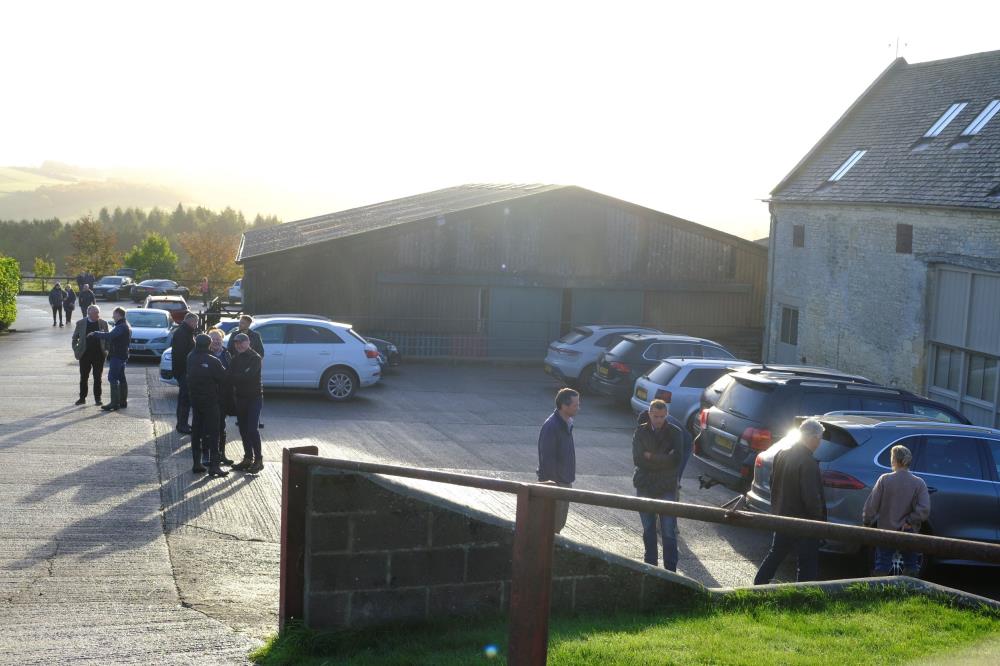 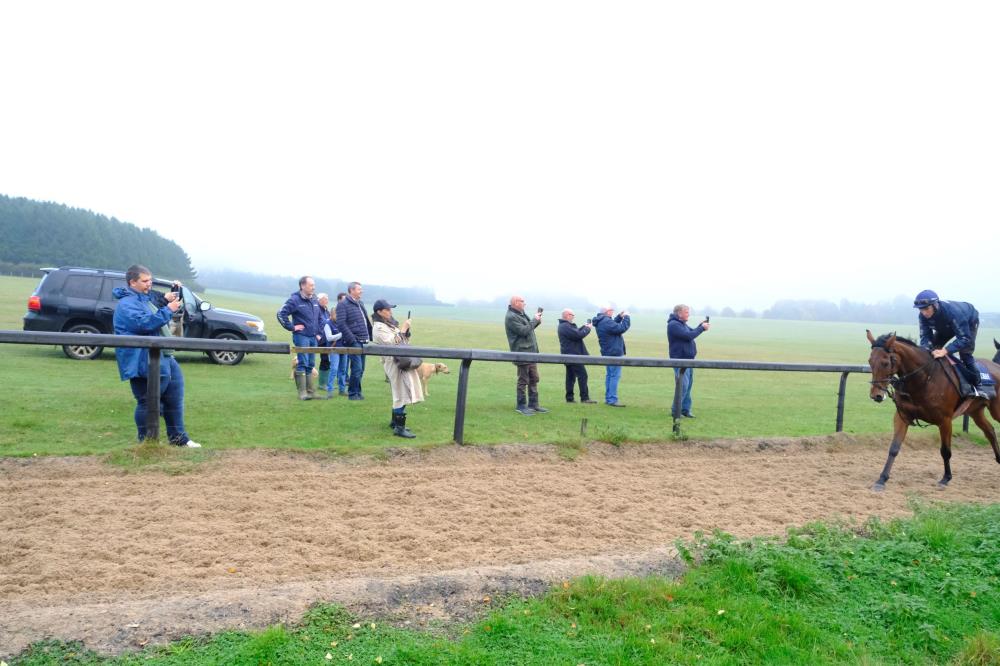 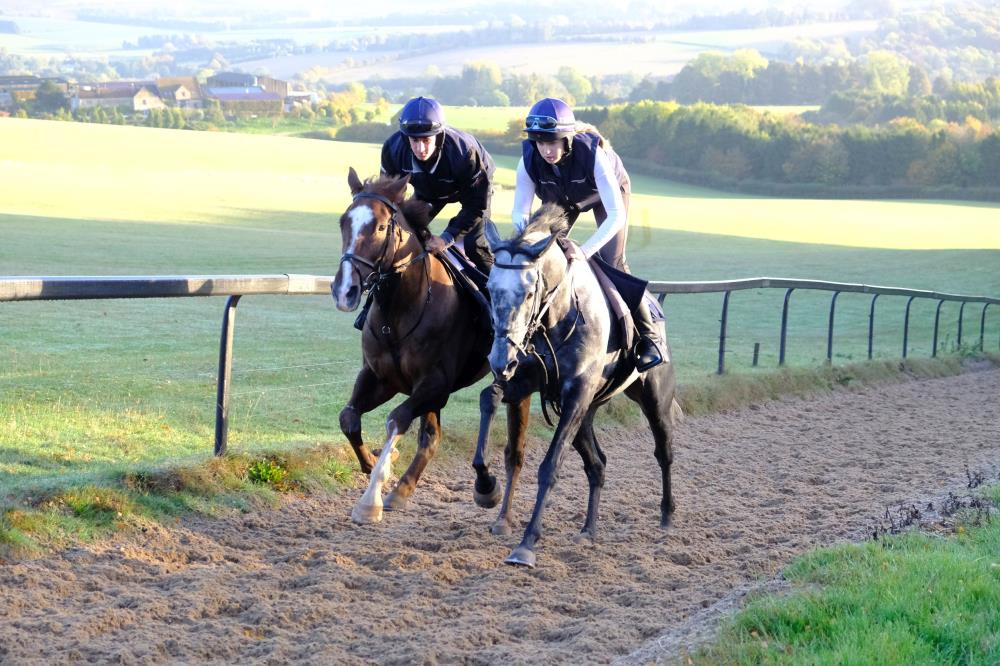 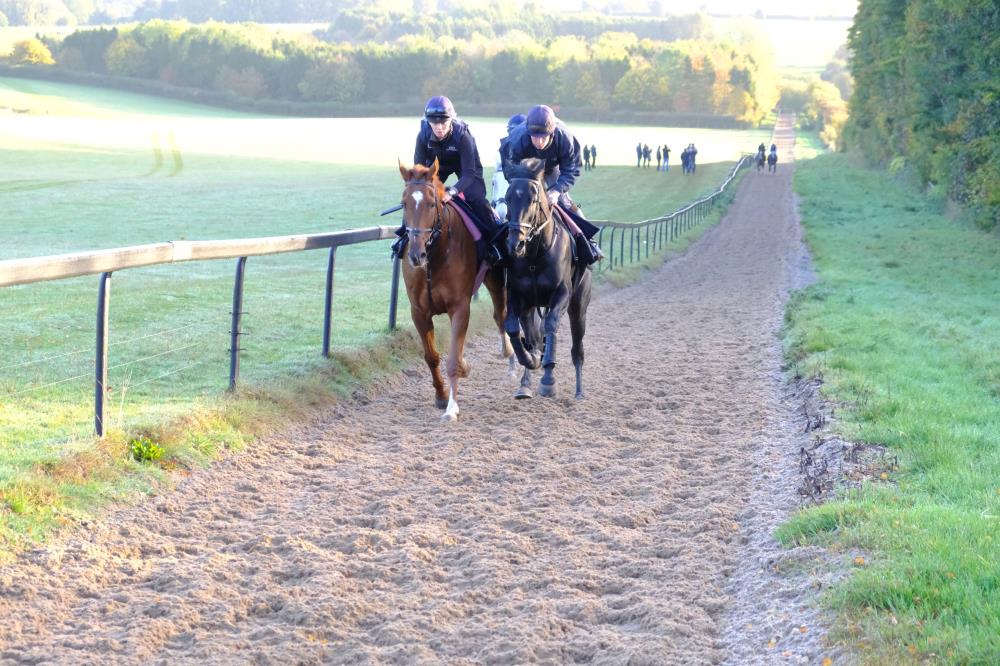 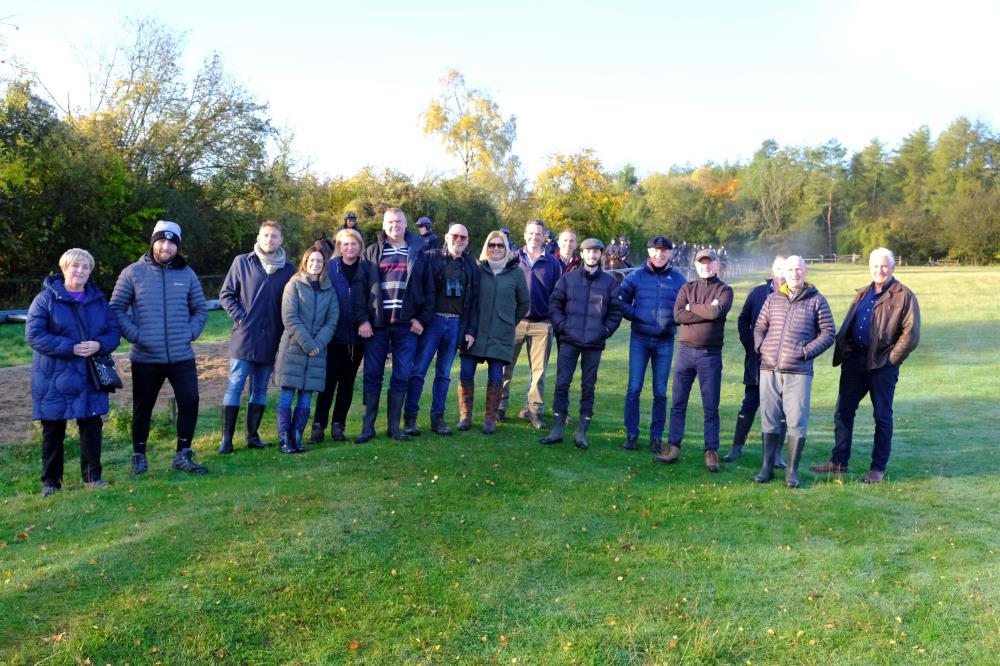 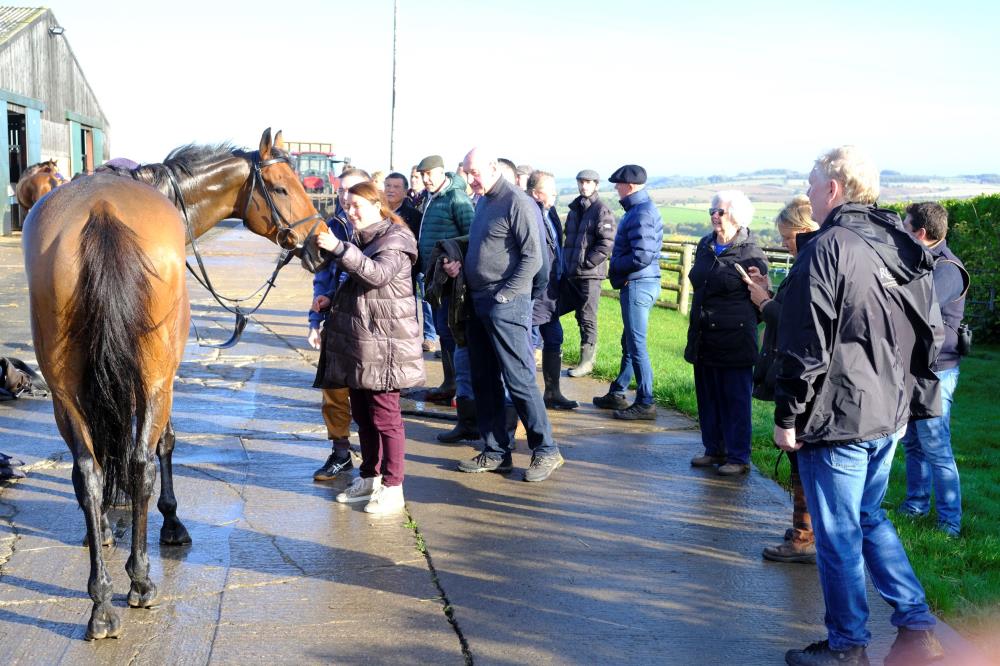 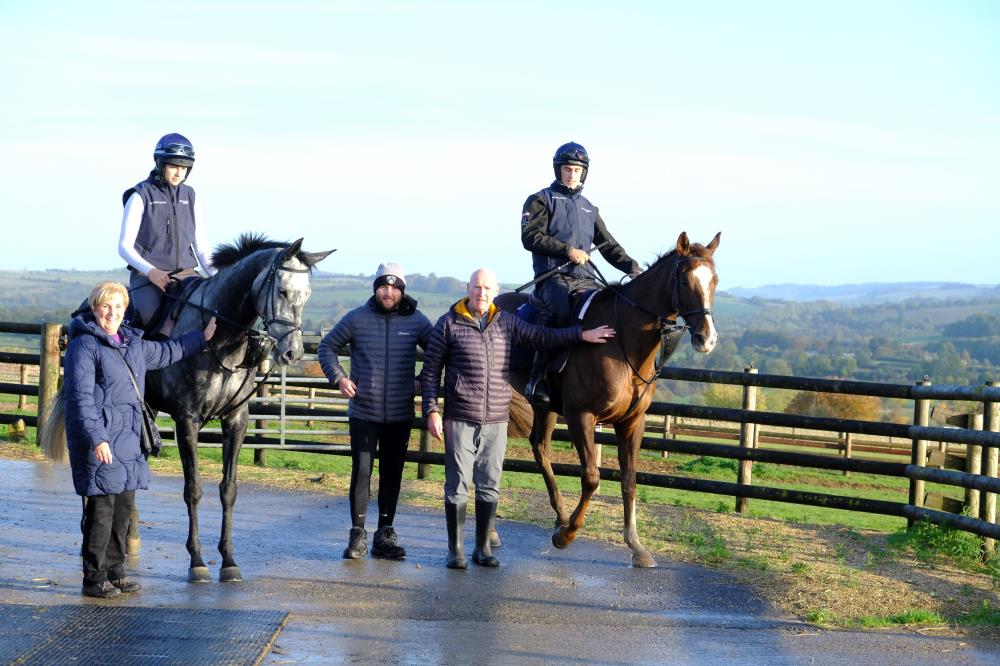 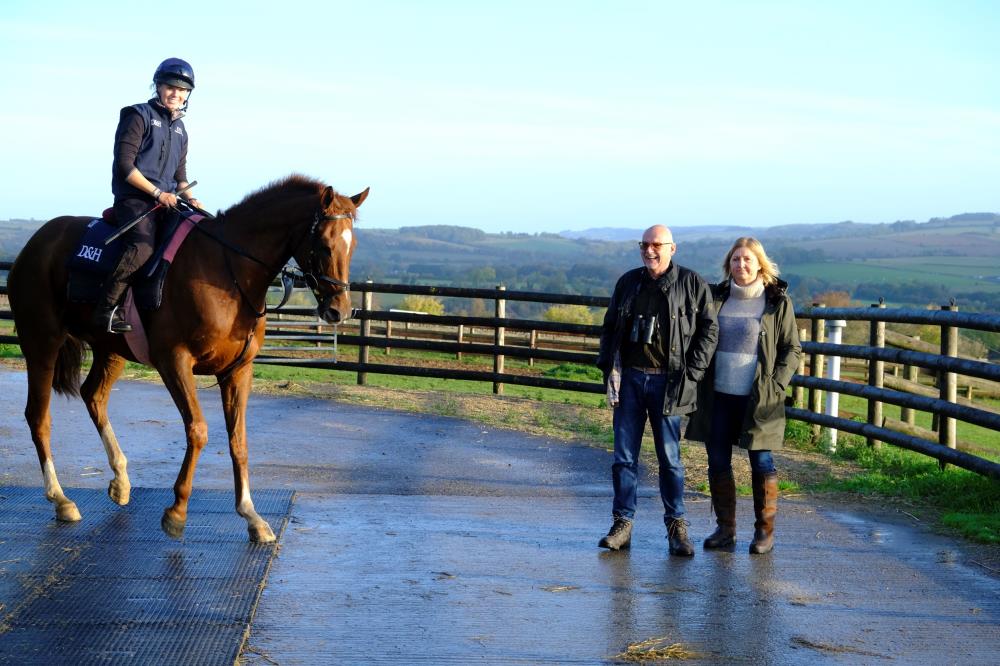