Plus 16 and drizzling when driving in.. There was a strong wind to boot.

With no visitors or much hapening here today I thought I would let you read all about John Cootes.. he wrote this for me while we were in lock down when I was posting those who wanted to join the Kim Bailey community spirit....

John is an Essex man like myself and there is a great deal of his past that comes into my life as you will see..

Anyway here is John's piece .. late I know, but never too late

'There really was no escape for me, was there?

I believe I was always destined to become a follower of horse racing.

As a small boy I would be taken to the annual Essex agricultural Shows by my father who was an Agricultural Engineer. While he was busy at a show stand, probably in the beer tent, I would wander off to the ring to watch the show jumping.

After leaving school soon after my 16th birthday I became an apprentice toolmaker where one of my mentors R.G, suggested part of my training included taking his and others bets to the local bookmakers during the lunch break.

Knowing his village had a good reputation for both its Cricket and Football teams R.G. easily enticed me with an offer he would pay my expenses if I joined his club Roxwell FC. It wasn’t too long before I found myself turning out on the village football pitch on a Saturday Afternoon where the supporting crowd numbered no more than the local Vicar and his dog. Perhaps though, through a little bit of support from the right quarters and the Vicars divine blessing we became a fairly successful local team and would often celebrate in our local. With no clubhouse, our base and meeting point was like many village teams, in the local pub, in our case The Hare and Hounds at Roxwell. After most games, win or lose, we would cool down at “The Hare” as it always locally known.

It wasn’t too long before I discovered 'The Hare' was also the watering hole for a staff member from the yard of a Race Horse trainer and a local village cricketer called Ken Bailey who was based just a few miles down the road at Hill Farm.

Back at work it wasn’t too long before my daily trip to the bookies included a Ken Bailey runner supposedly, tipped or talked about in “The Hare”. I can even remember my very first trip to a race course being on a coach trip from 'The Hare' to Ascot Heath races. Some might remember that the Saturday of Royal Ascot was known simply as Ascot Heath.

I’m not quite sure how long it was after that first visit to a race course but I think I might have moved on from running bets for other people and was now able to focus on my own selections. So when the word got around at “the Hare” that Ken Bailey had a horse running, half of our football team and most of Roxwell village backed a horse called “Shellfire”. In fact I wouldn’t have been surprised if the Vicar himself was on? It must have won or why should I remember it so well?

If I didn’t became hooked through my links with Roxwell, I certainly did when in the Mid 70’s I changed careers and sports? In 1974 I started a teaching career at my old school which I had left in 1960 and where now, one of my old masters D.G. was now the deputy head. He took me under his wing or should I say he got me onto the wing, a position I played in his school Rugby team quite a few years earlier.

It wasn't too long after starting work at my old school, I surprisingly discovered that D.G. shared my interest of having a little bet on the horses.

I would be in his study for an early morning coffee where he would often have the Daily Telegraph open to the Racing Page. He would suggest he would make his selections and bring them along to me a little later and after he had sorted out his selections for the day. D.G. would duly arrive in the middle of one of my lessons and in front of the whole class ask if I would mind going into town during the lunch break, to collect his prescription or in reality take his betting slip to the local bookies. It seemed that in little more than 14 years since my apprenticeship days, I was still being used to run others betting slips to the local bookies.

With my interest in sporting activities reignited I was asked to take on the roll of running and organising outdoor sports activities and soon found myself taking groups away on canoeing and horse riding activities. For a number of years I would tow behind the school mini bus, a dozen canoes I had built in the school workshop. We travelled and stayed on the edge of Dartmoor, where an elderly retired Army Major would teach us to ride.

Through the Majors’ influence, we gained access to a private beach in Devon where our pupils could enjoy and develop their canoeing skills. To gain access to the beach the Major introduced me to Anthony Mildmay, in whose field we would store our canoe trailer. In an adjacent field were a couple of horses grazing. I was later informed by Mr Mildmay that one of those grazing was “Uncle Bing” which he said had done very well for him. I didn’t know then, he had actually won the Topham Trophy at Aintree with John Francome on board.

Back at the Dartmoor riding school, I discovered the horse I was designated to ride had at some time in an earlier career raced at Newton Abbot. It wasn’t too long before, unlike his name “Lucky” I was not!! as he soon deposited me on my back in the middle of the moors, sparingly right between two large granite boulders!

Perhaps though, this was just another step in developing my interest in the horse racing scene, it certainly highlighted the dangers jockeys face each day!

When back at school in Essex I was able to report to my boss D.G. that though my riding career hadn’t taken off too well, I had met someone with a little bit more knowledge and understanding of Horse Racing. I was also fortunate to visit the home of the late Lord Mildmay.

Moving on a few years and It must have been before the introduction of Facebook I found myself dropping an e-mail to Kim, who confirmed; that yes, Ken Bailey from Roxwell was his father. He also kindly offered a visit to his yard at Thorndale Farm should I be in the area. An offer I couldn’t resist; so few years on, along my wife Jane I travelled to Kim's yard at Thorndale Farm. Where, I must say we were made most welcome, which considering we were little more than passing visitors shows how KB and his team go out of their way to promote their sport.

I’ve now met Kim at a couple of race meetings where he has gone out of his way to say hello which has added to our enjoyment of a day at the races. One of those days in particular stands out; I can remember texting Kim, I think about 2013 asking if he had any runners at Kempton as we were staying in that area for a weekend break and were thinking of a day out at the races.

Kim replied he did have a runner and he agreed to pop in and say hello to us in the restaurant. On his runner, he said he was hopeful as I am sure the owners certainly were! 'Such A Legend ' duly won at something like 33/1 and I was pleased to text Kim a few days later from Venice suggesting his winner had funded a good part of our Italian Holiday....

However, I would like to know if Ed Cookson was riding to instructions? Or was the decision to lead from the front and refuse to get headed a decision made by the 'legend' he was riding?

On reflection, I can say I have followed the Baileys all the way from Hill Farm Roxwell to Thorndale Farm in Gloucestershire, from Shellfire to Mr Frisk, Master Oats and beyond. I think I can safely say as an enthusiastic reader of Baileys Blog, I am slightly better informed about the daily life in a well organised racing stable. Hopefully, I can consider I'm also a slightly better informed punter?

Yes, I've moved on from running others bets but still wonder if my old teaching colleague and mentor D.G. who sadly recently passed away, Is now looking down on me from that happy hunting ground up in the sky and asking if I have managed to collect his prescription?' 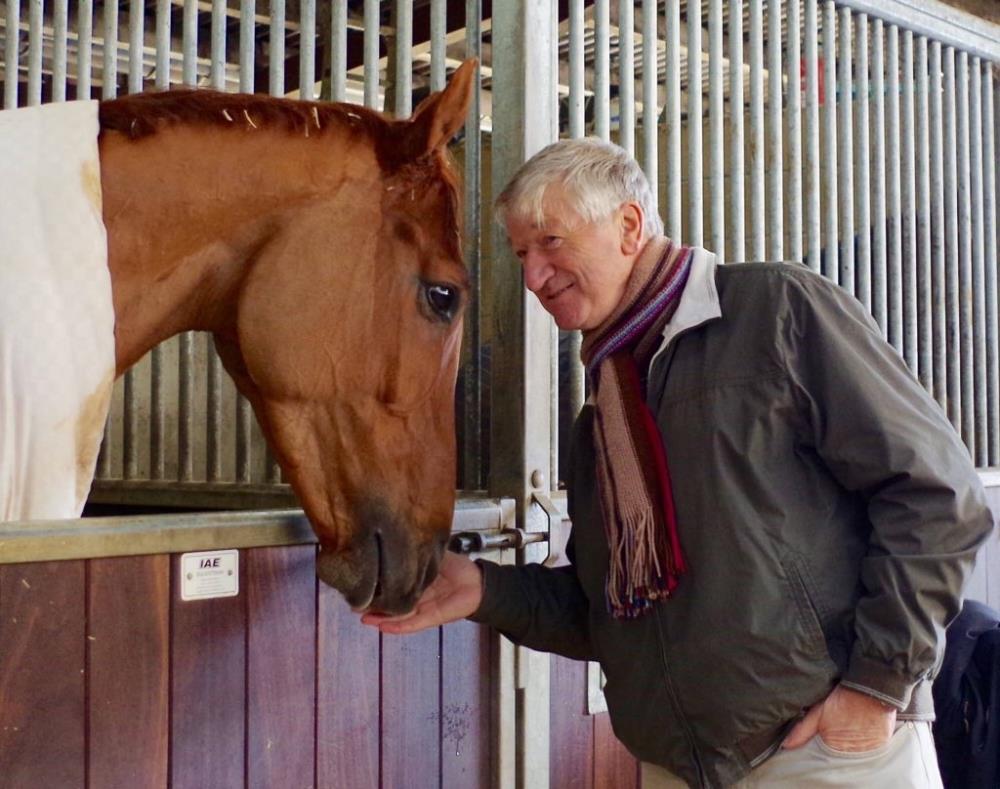 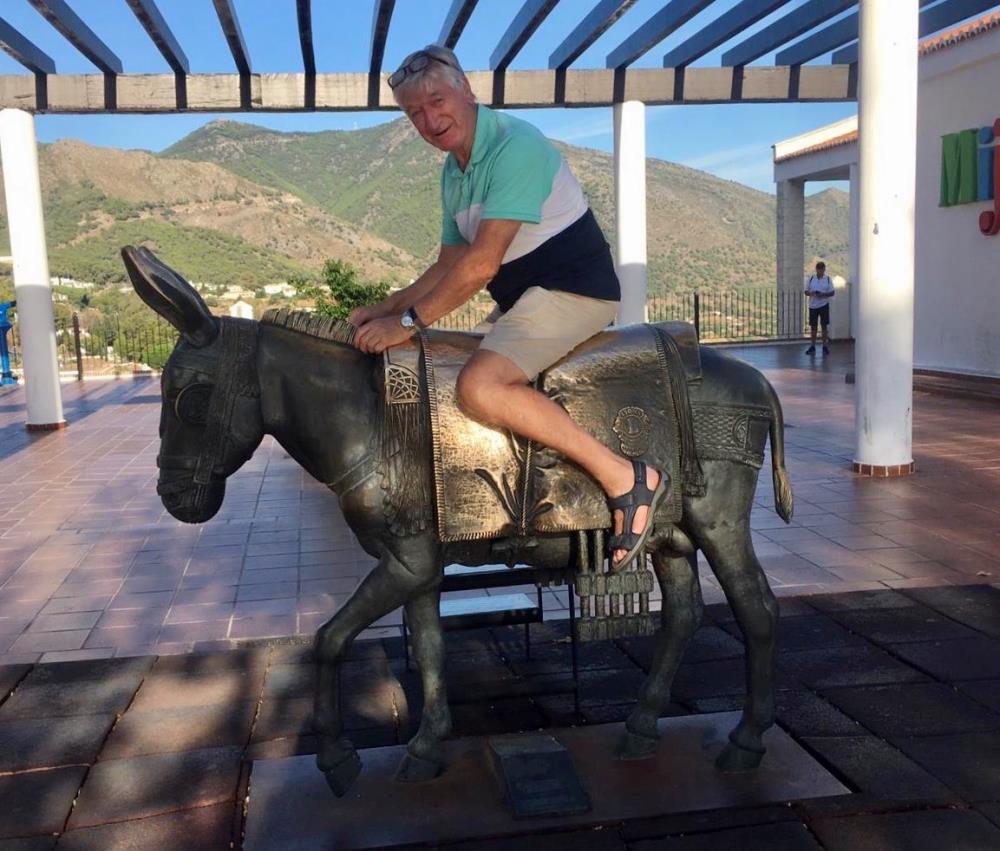 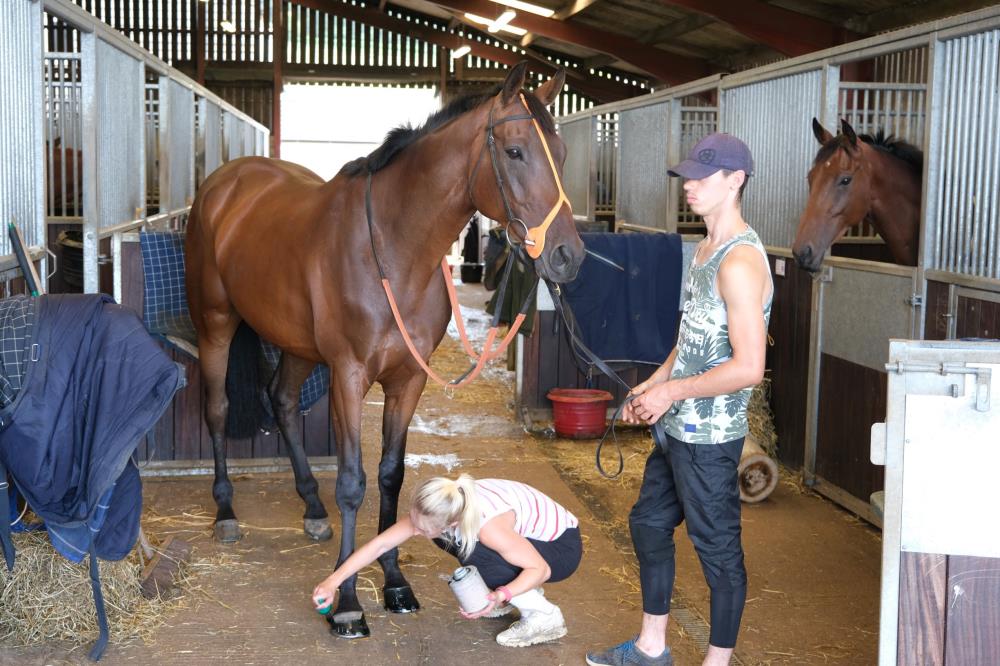 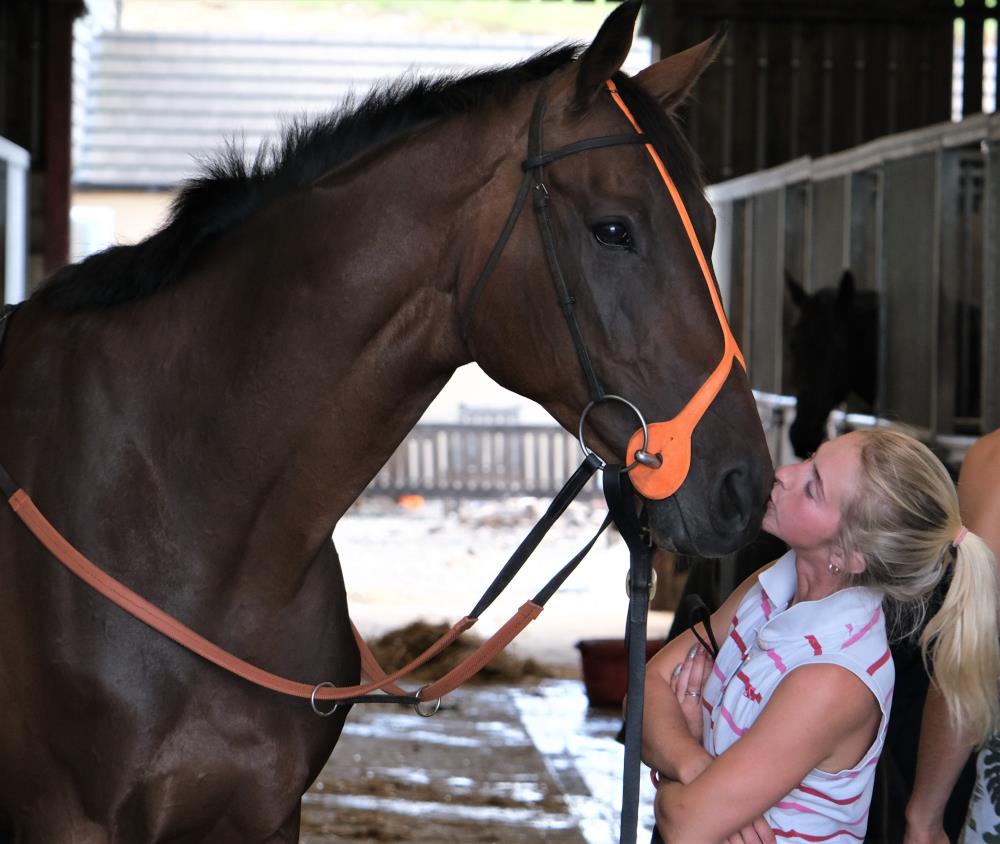 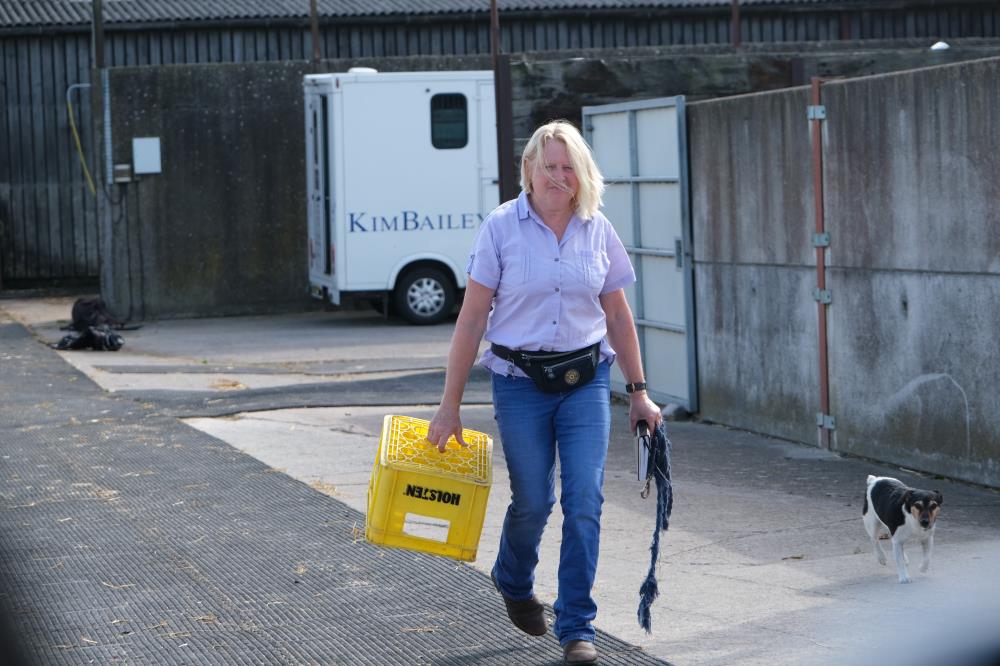 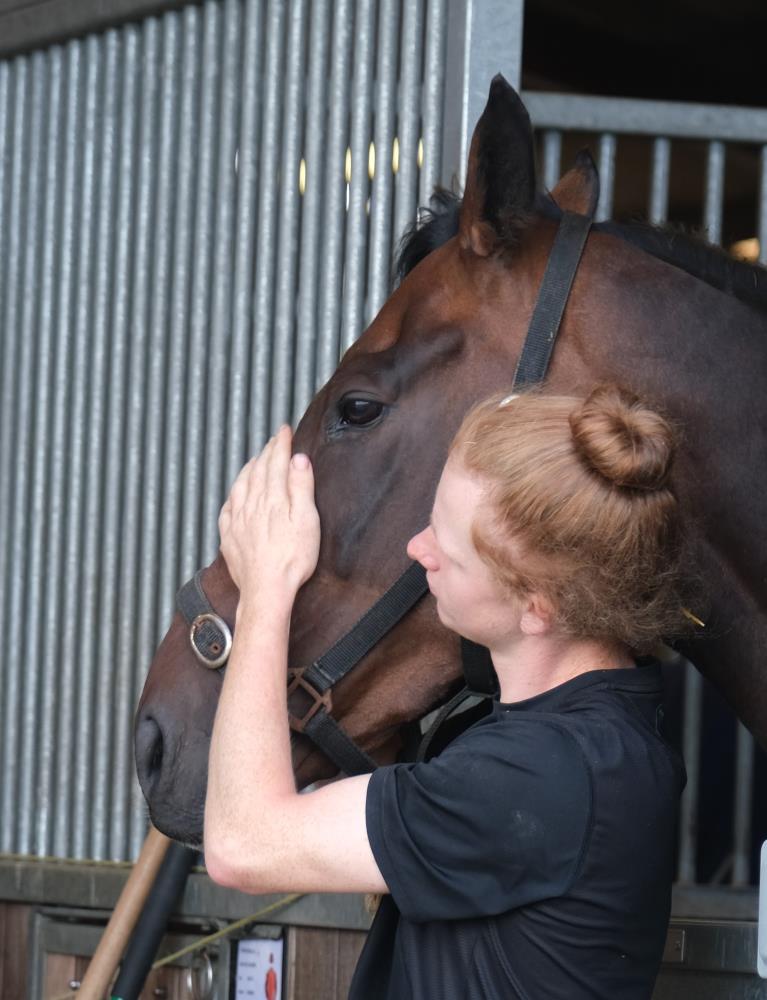 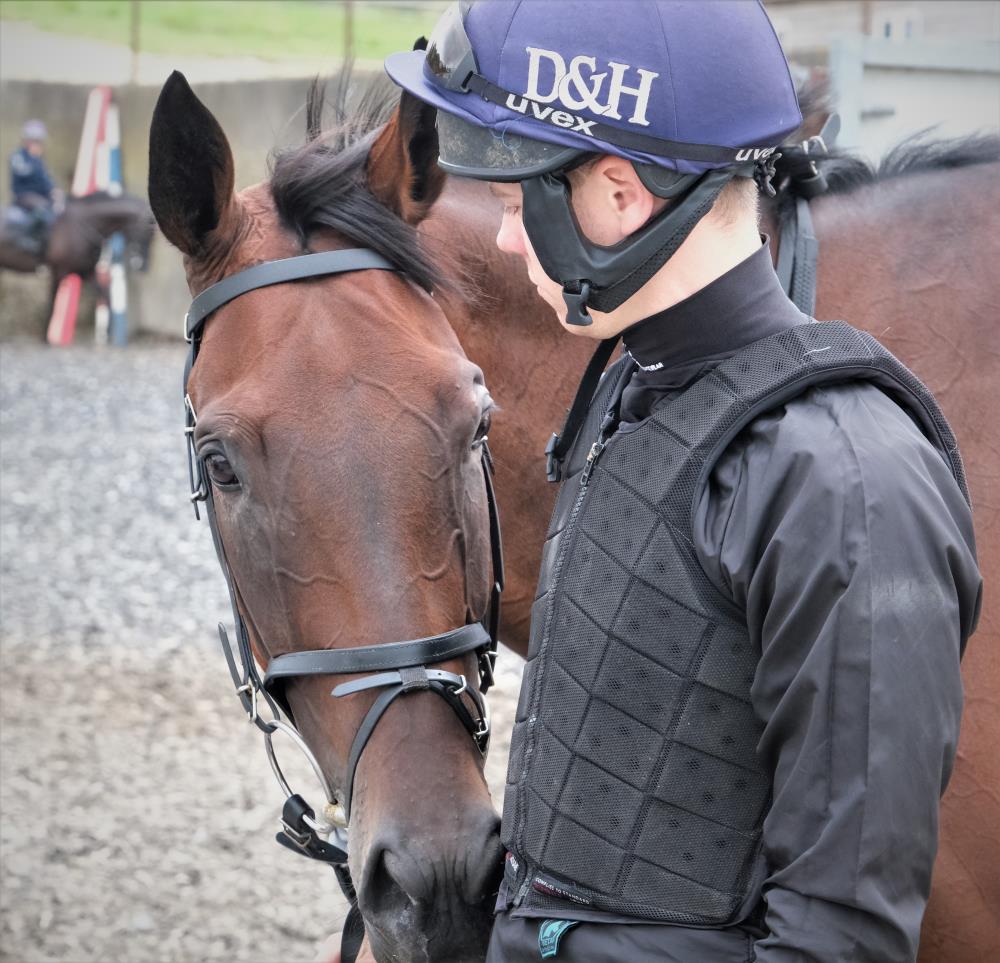 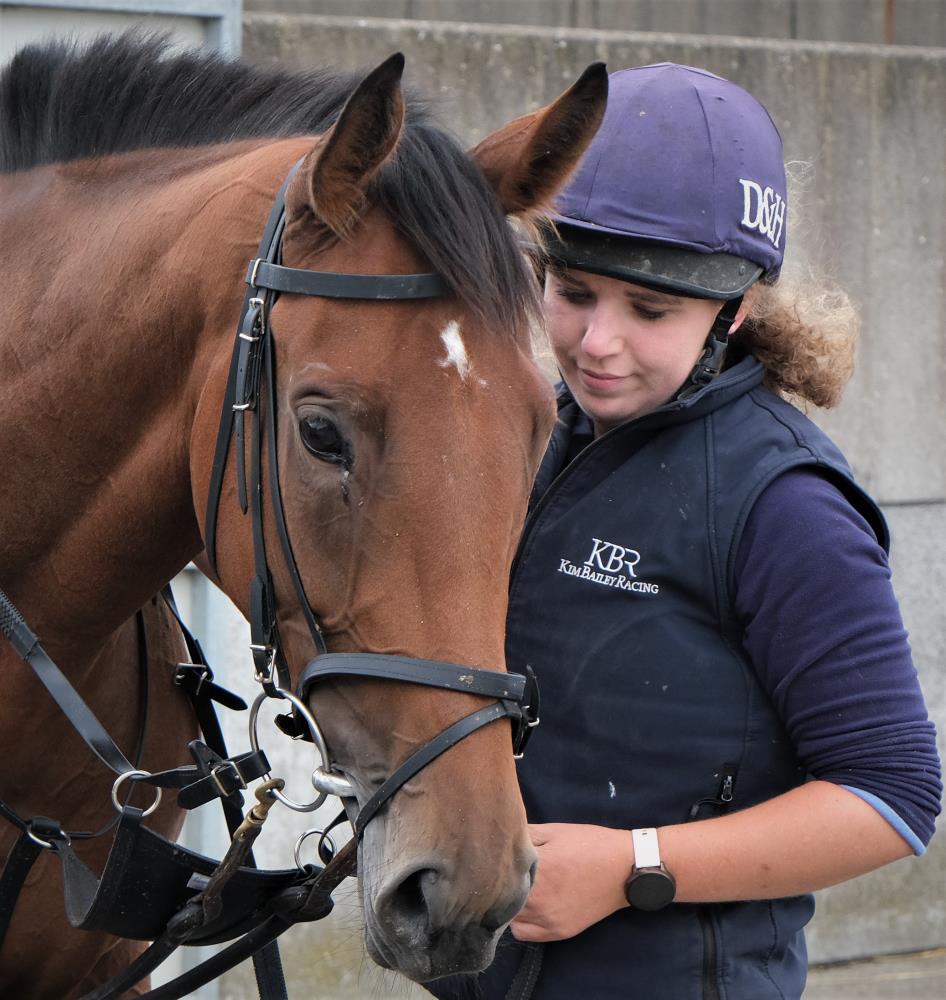 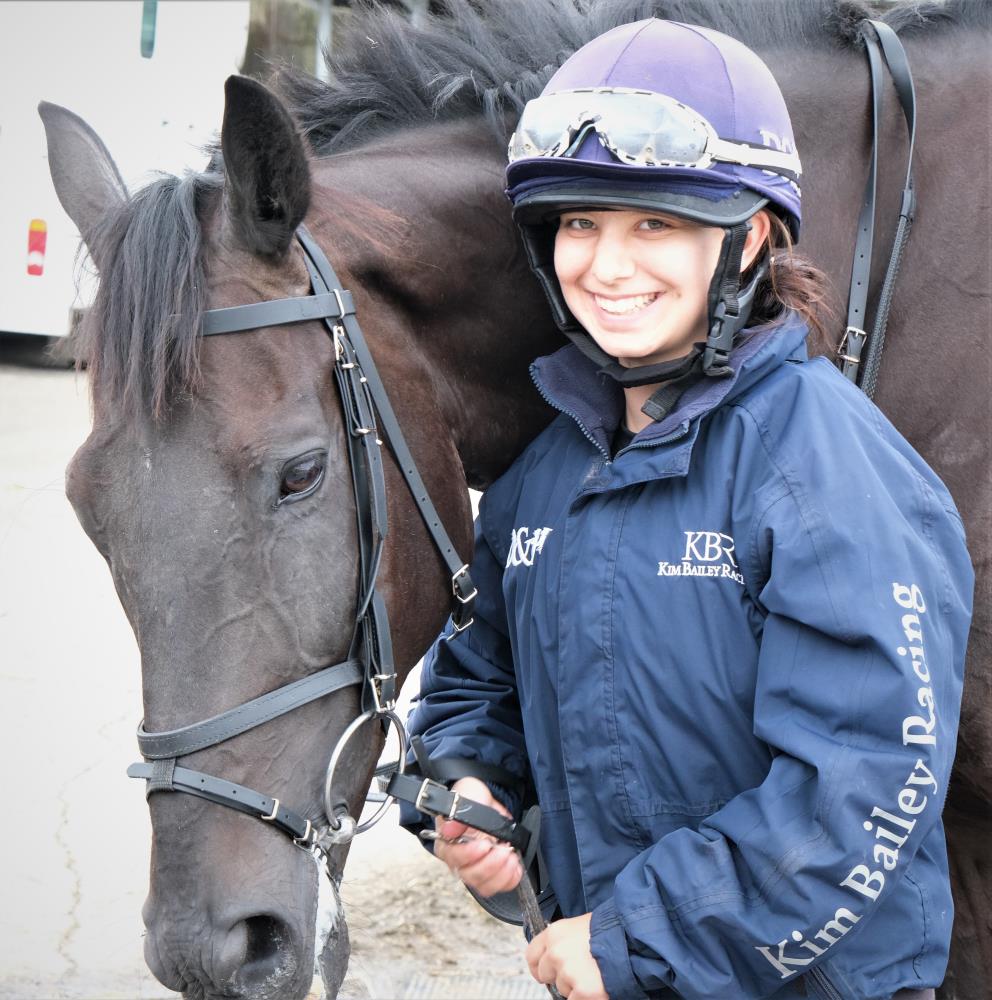 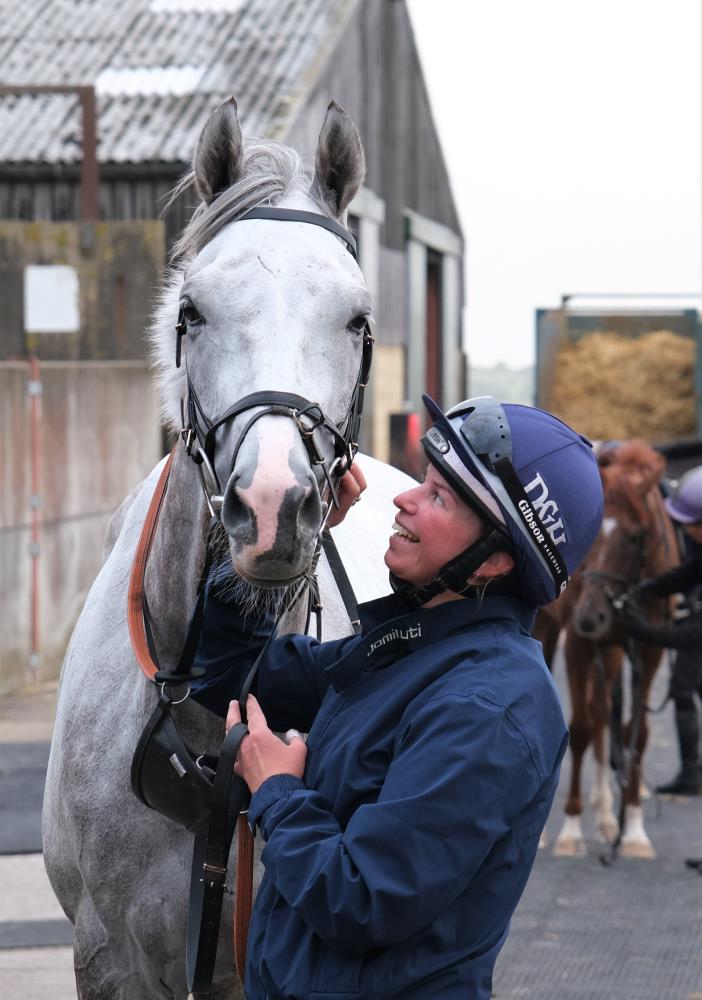 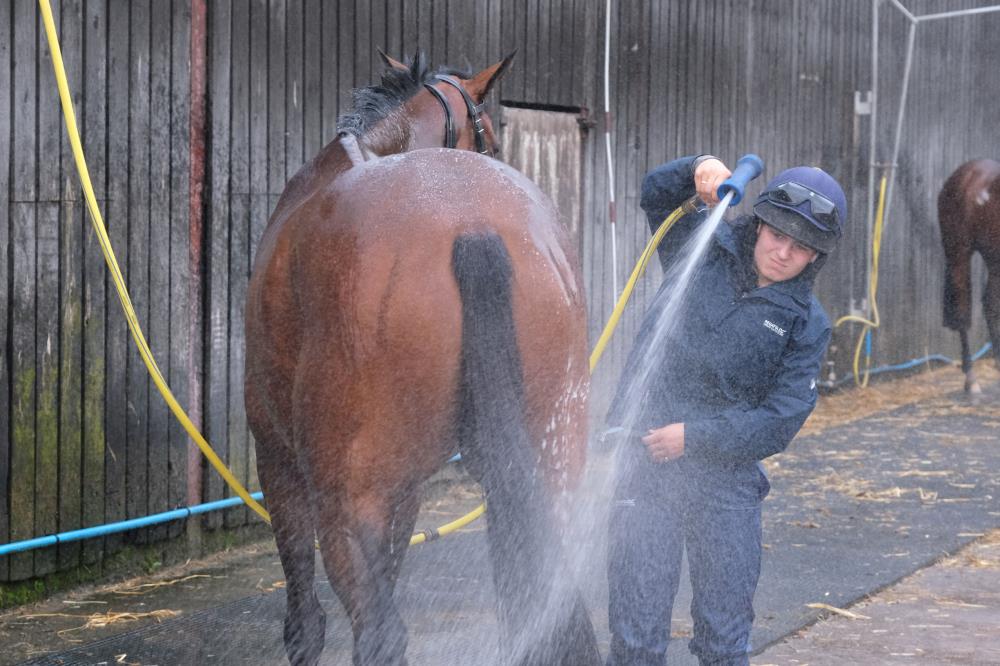 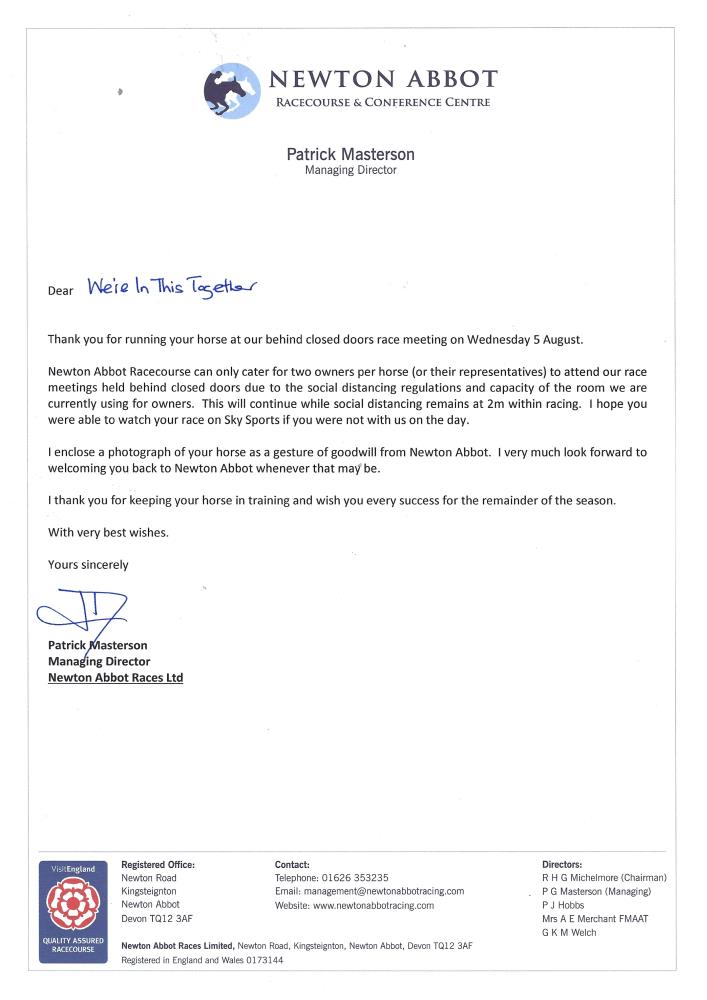 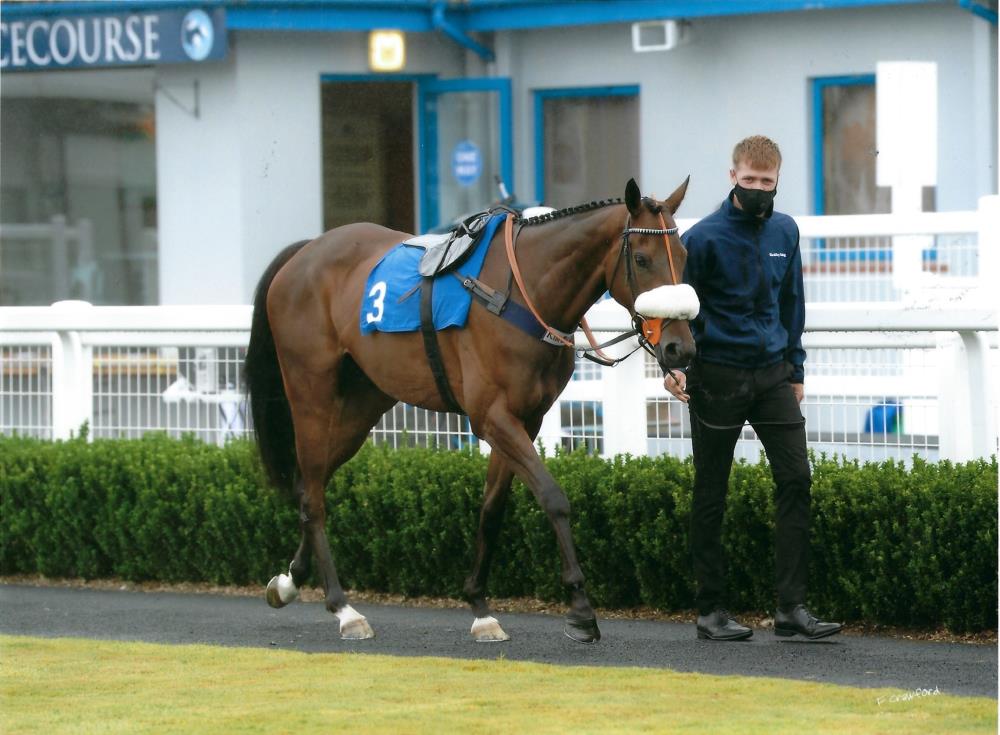