The traffic to Sandown on Saturday was just horrid..The M4 was solid and then the M5 was likewise so I had to go on back roads from Bracknell.. Just over 3 hours..

Ajero's booked jockey James Doyle broke this thumb on Friday night so we had yet another new jockey.. there were only 5 jockeys who were there to ride who were qualified for the race and after talking to Jason Maguire and Ian Williams on Saturday morning we chose Pat Dobbs…

It was not to be and although I am not going to use being in the stalls for a good five minutes and then missing the break as an excuse, he did not run as well as we hoped..

Ajero has had a great run and we have to put Saturday as one of those days..It happens..He will be back for other days..

I called in to see Jim and Melinda Wilson for a Sunday morning drink and then we had lunch with Jonathan and Harriet Hicks..Mikey and Ginny Elliot and Ian and Lizzie Wills also there. Fun..

Monday morning and some very fresh horses.. Good to see..

Tomorrow sees the Jockey Club Retraining of Racehorses National Championships at Aintree. A huge event for ex racehorses.. Past winners.

Ian Wills told this joke over lunch incredibly well, but I think it is only fair to listen to Niall Toibin tell it for you..The accent really helps the story! 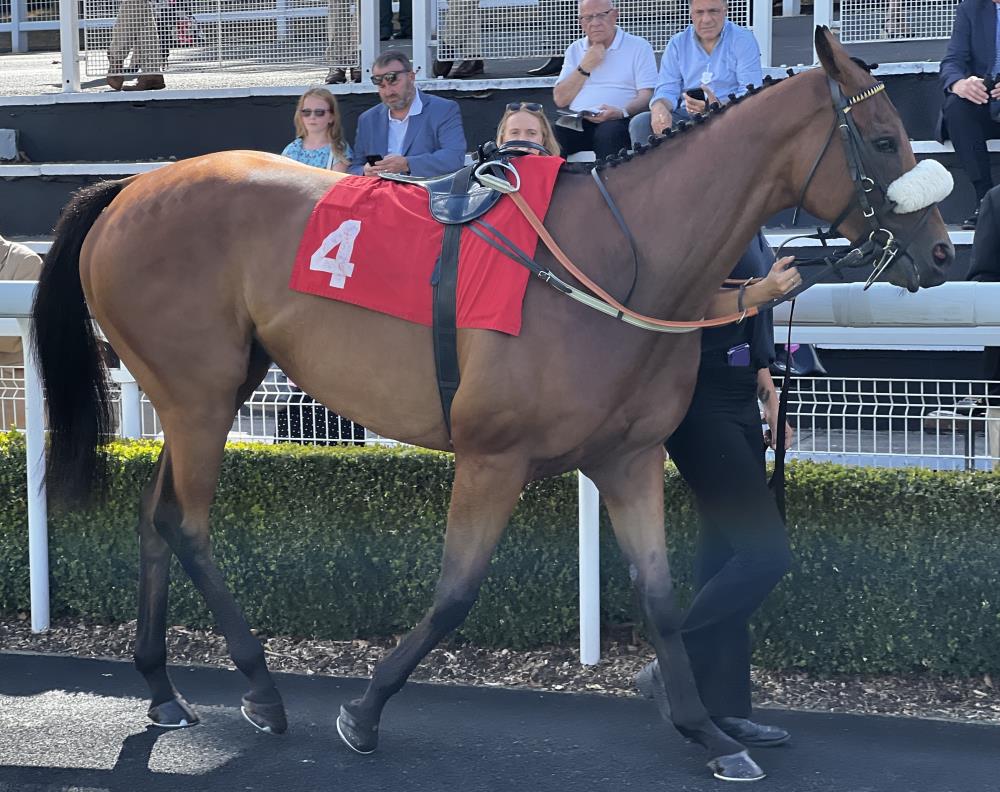 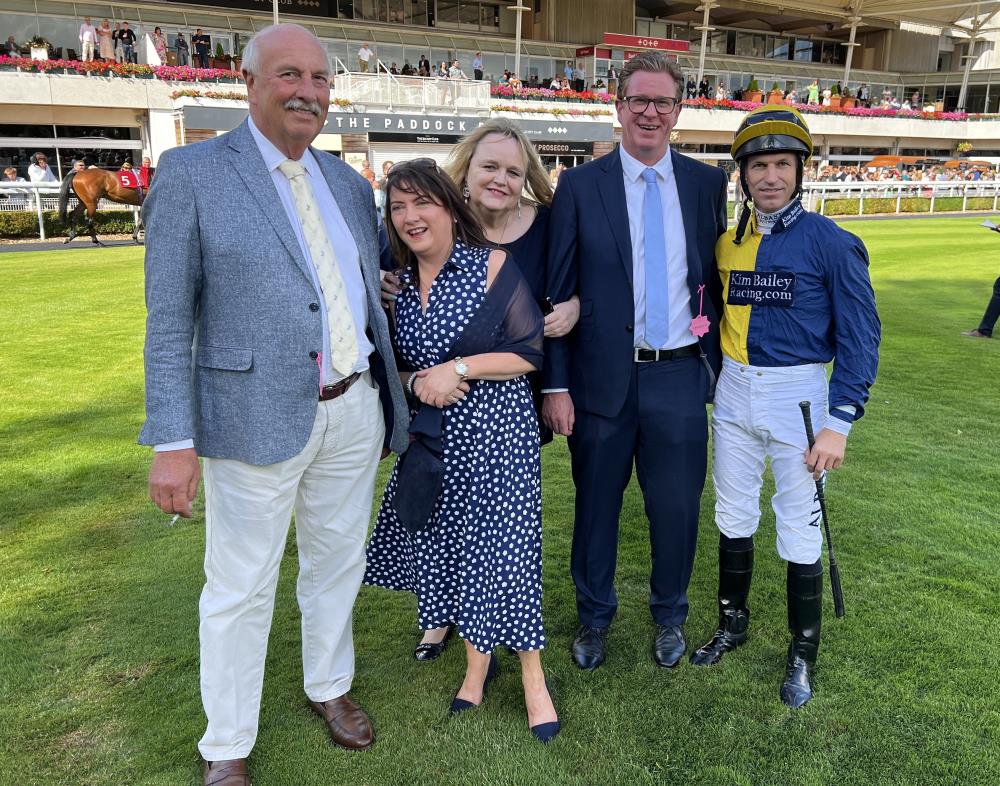 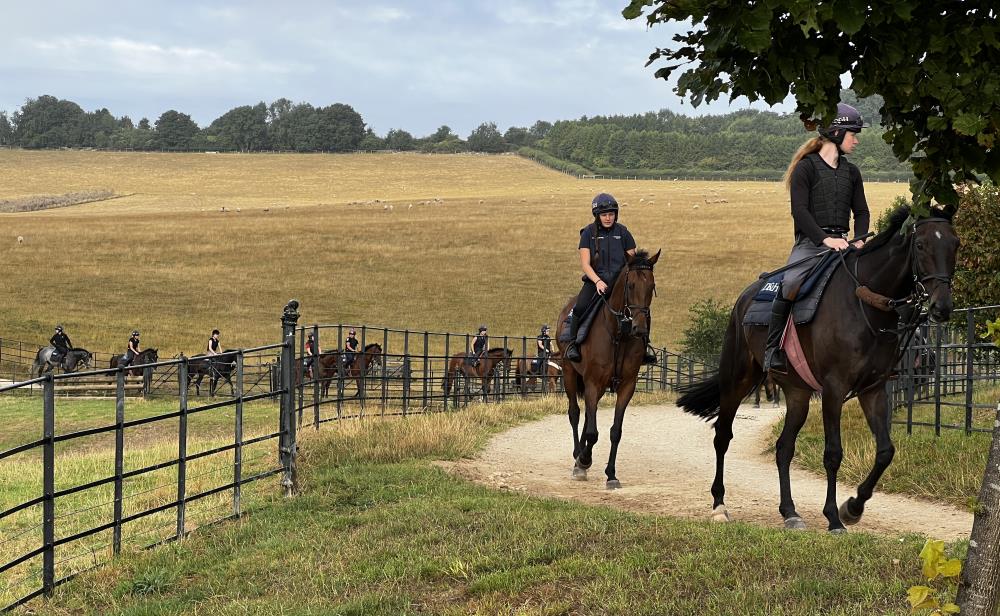 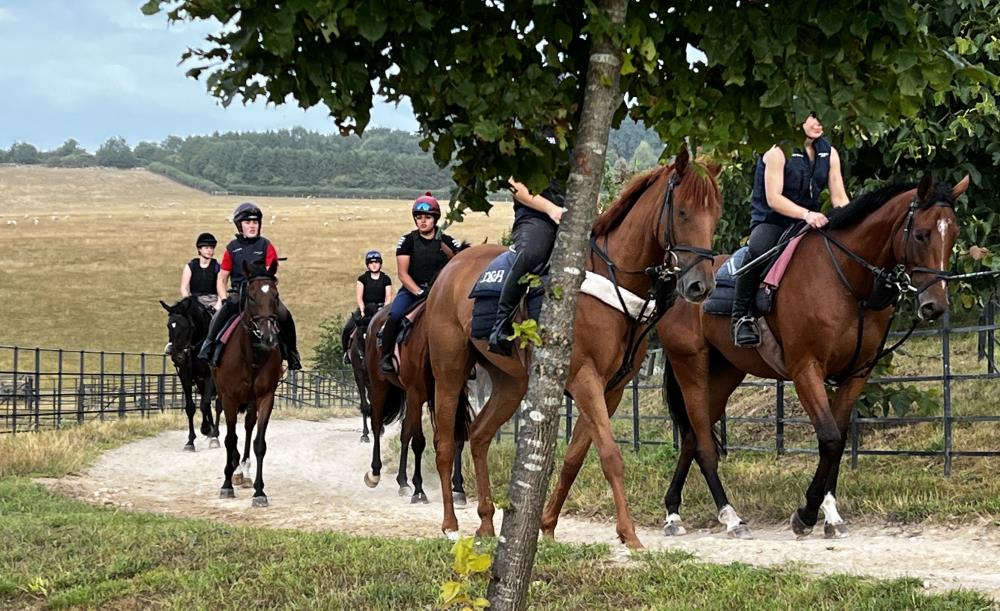