Hard to believe that yet another Jumps season is over.. Yes back to naught and after 5 days it will all starts again.

David Bass has flown (surely wrong) to Corfu for 4 days and Ciaran Gethings has driven to Ireland for 5.. Then it is all back to normal and the 2022/2023 season starts on Saturday.

Our season started in May and after a couple of near misses Sayadam opened our 2021/2022 account with a good win in a novice hurdle on very soft ground..This was Sayadam’s first run over hurdles, having won a bumper at Kelso.. He went on to win one more and finish 2nd on both his other starts.

Design Icon pleased us by winning at Market Rasen on fast ground.. the sun was shining and the Ciaran Gethings steered him home. We then had an abortive trip to Perth when El Presente fell at the second.. that was a long way home after..

Peaked Too Soon who had run in bumpers for Jamie Osbourne won his first two novice hurdles in quick fashion on his preferred fast ground and he also showed some respectable form when placed in better class races as the summer progressed..

Shinobi having dropped a few pounds in the handicap returned to winning ways at Newton Abbot, although by doing so the handicapper put him straight back up to where he came from.. No pleasing the handicapper as we well know…

That was our summer jumping effort.. Not brilliant but frankly we had very few to run..

The winter period started in October and Does He Know kicked us off with a good win at Chepstow setting dreams of Cheltenham for his KBRS owners..

DHK was bought to replace Knockanrawley and he was doing a fine job of doing so.. The Cheltenham dream was kept alive when he won at their opening meeting, although many thought that we might have been lucky as one of the oppo’s went through the rails after the last.. Of course we know Does He Know would have own…

In between his two wins Fair Frontieres won a novice hurdle by 41 lengths at Worcester.. Yes 41 lenghts!..

Hamilton Dici met his old friend and rider Chester Williams at Warwick and the two obliged in fine style and became the first 4 year chase winner trained by me..

Wandrin Star was imperious in the veterans race at Sandown, but it was very touch and go as to whether his owner Penny Perriss was going to arrive in time to see her beloved old boy do his bit.. He jumped for fun and thankfully the traffic relented and Penny arrived just in time to watch.. although John and I failed to find time for a drink before, we did after!.

The big white hope that was Pipesmoker won at Lingfield but this lovely horse sadly was just not easy to train and having only run 5 times in the previous 3 season we managed to get 4 runs in and although placed in all he was not going to stay sound so we retired him; he now has a lovely home away from racing..

The Edgar Wallace had always shown so much at home was impressive on his first chase at Market Rasen..A big horse who loves soft ground really never had a season to suit after which was a great shame..

At the same course but not the same day Chianti Clasicco, who was so narrowly beaten in his bumper at Ascot, bolted up in the lucky last the bumper and looks a very special horse for hurdling this coming winter..

24 hours later Voyburg won well at Exeter which was very pleasing as my mother in law Cilla Wills has a share, so 'the family' were pleased with me for a while longer..

And then the big day.. Will he stay? Yes said the trainer. No said the jockey but thankfully I was right as First Flow was stunning when winning the Peterborough Chase at Huntingdon..

Dear First Flow.. Such a wonderfully enigmatic horse went on to run the race of his life at Ascot in what was to be the race of the decade.. Sishkin and Energumene .. So gallant was First Flow to finish third, that he took a long time to recover and missed his other big moment back at Ascot a month later, but that was left to Two For Gold…

Talking Two For Gold he won at Doncaster in December..

Lady Of The Night gave John Perris his winner of the winter in very wet conditions at Fontwell and a few weeks later his Bobhopeornohope won at Market Rasen showing that cheek pieces really can help..

Time For Hollie was a rare ride for us for Tom Scudamore.

Tom now one of the older statesman of the weighing room always does well when he rides for us and he struggled to pull this big mare up on her favoured heavy ground.. not something she was able to find again..

We are now into the New Year and why is it that January always seems to be a quiet month for us, but as last year when First Flow won the Grade one Clarence House at Ascot Two For Gold won the biggest pot of the season on heavy ground at Lingfield..

It was a fabulous race to win and although I am convinced Lingfield were offering the huge pot in the hope that, like the majority of their winter meetings, it would fall foul of the weather..But it it did not and we benefited hugely by this huge prize…

48 hours later Mr Grey Sky did the same at Leicester for Phil Andrews.. Talk about being patient, this stunning grey who won 2 heavy ground bumpers as a youngster waited nearly 4 years for his first hurdle win.. MGS was to wain again at Ludlow..

Lots Of Luck under an inspirational ride from Ciaran Gethings was next to win at Huntingdon shortly followed 48 hours later by Fair Frontieres at Warwick.. Johnny Burke has hands of silk and Fair Frontieres led all the way and did his job well….

Then came a very pleasant surprised when Sandra Steer-Fowler's huge homebred horse Trelawne absolutely bolted up first time out and over hurdles at Exeter.. We were all speechless after and frankly were again when he was beaten back there 3 weeks later when he probably should have won..

Clare, Archie and I went to Sri Lanka, so Mat was keen to run the whole yard while we were away..

It started so well at Ascot when Does He Know won our second grade two of the season the Reynoldstown Chase and then Two For Gold so nearly won another Grade one for us when a magical second in the Betfair Ascot Chase.. It really was a stunning performance..to finish second!.

Mat with blood up produced Ajero to win at Taunton and then a double at Ludlow with Bobhopeornohope and Mr Grey Sky had my fellow team of travellers being converted to gambling….

It went quiet for a month after those 4 heady wins and then Parc d’Amour won the bumper at Doncaster and Starvoski won over hurdles at Uttoxeter..

The ground was drying and causing headaches for trainers all over the country when Fair Frontieres won at Exeter and Pay The Pilot won at Ffos Las.. The latter should have run again but dry ground stopped that idea.. sadly..

It rained on the day at Market Rasen when it was not meant to, but that helped Shantou Express get back to winning ways…

The Bull McCabe named after a pub in Ireland, but not by his owners John and Laura Garrett who were able to celebrate their first winner at Cheltenham at the two day April meeting.. What a day for them and I am sure the Guinness flowed in Ireland as it did in Maisemore…

Our season finished at Ludlow last week as it started with Sayadam winning .

It has been a really tough one.. Our top rated horses in Imperial Aura and Espoir de Romay had disappointing seasons, but they will be back, although we will not see old friends Younevercall and Vinndication again as both have been retired after great careers, and like others Mrs B has found wonderful new homes for them and a great new life away from racing.

We also had 3 winners on the flat with Blazon. Good old Blazon.

It will not go down a our best, but we do have so many lovely horses going forward.

Thorndale is a Team and for that I cannot stress enough my thanks for all the support of my wonderful owners and staff.

Special mentions to Mat, Kate and Leigh..Jockeys David Bass and Ciaran Gethings and of course Peter Kerr who runs all or Syndicates..Maddie and Sandie keep the office moving and the long suffering Mrs B does that for me!

You are only as good as the people you employ and thankfully that works the whole way down the scale.. so again huge thanks all round..

Racing should be fun and we try our hardest to make it just that.

So it is back to naught and I just wish it was back to one.. Weather app!

The longest dry spell has really decimated our end of season as it has to so many others. But..It will rain and yes we will complain.. Who said it was just farmers to complain about the weather!!

Happy days and keep smiling as this world is a from funny place athe moment..Life is to be enjoyed and racing is to have fun.. 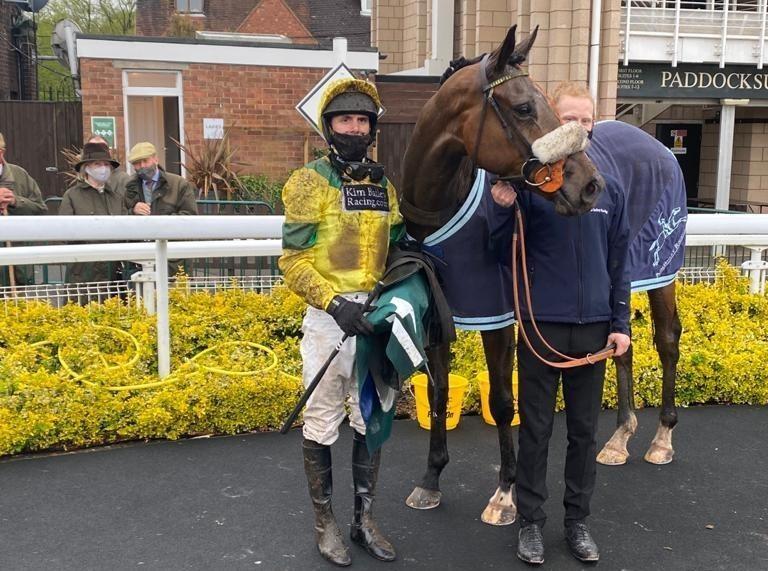 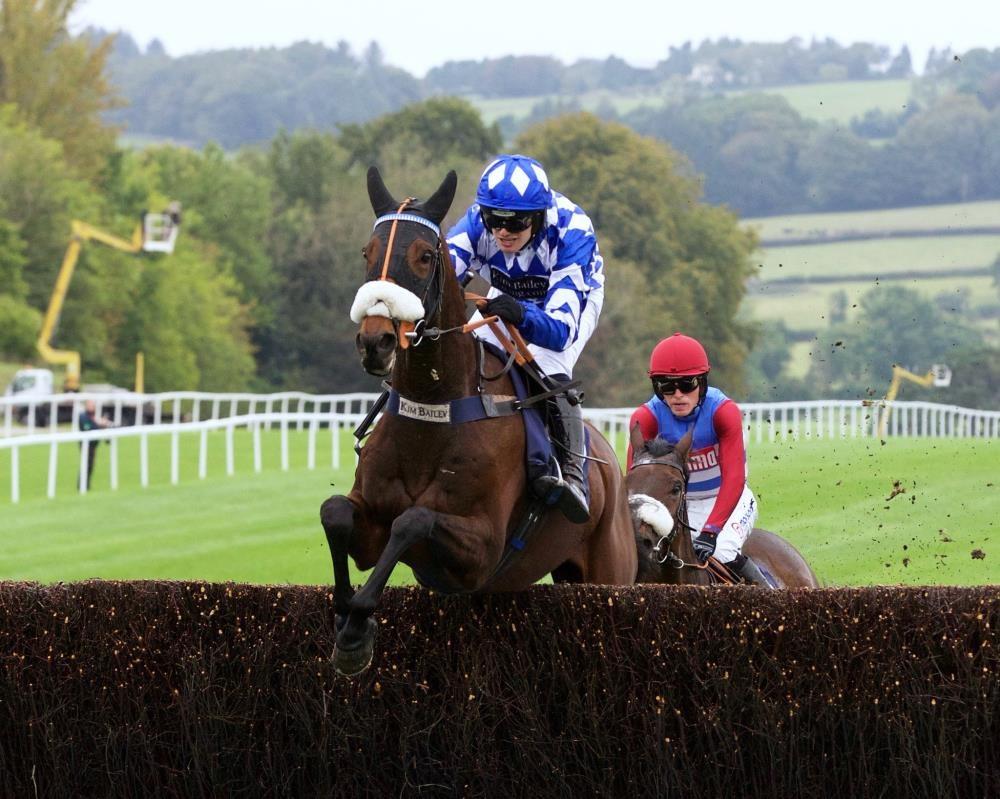 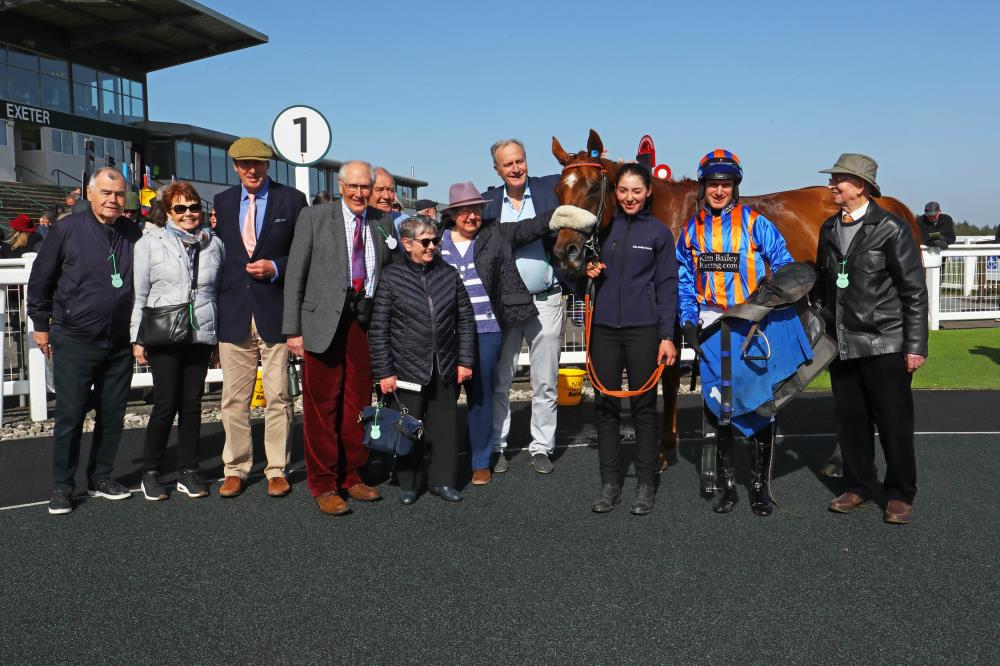 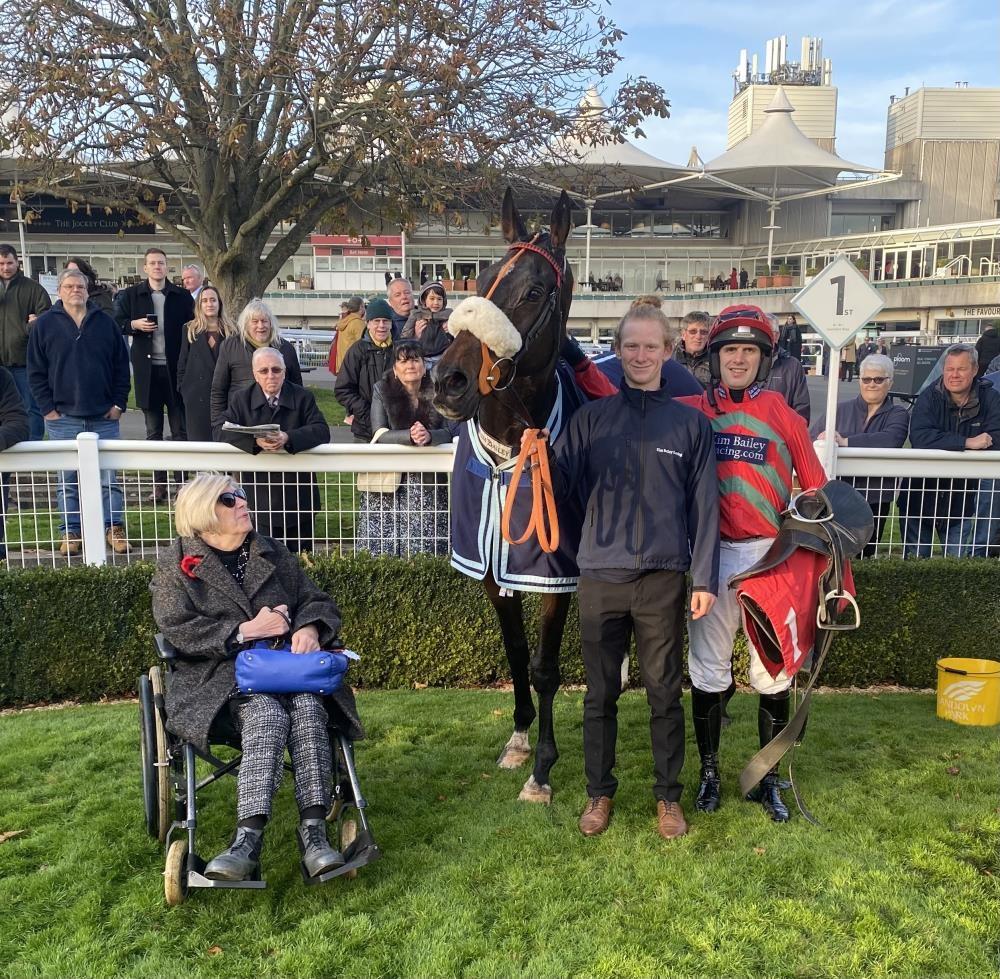 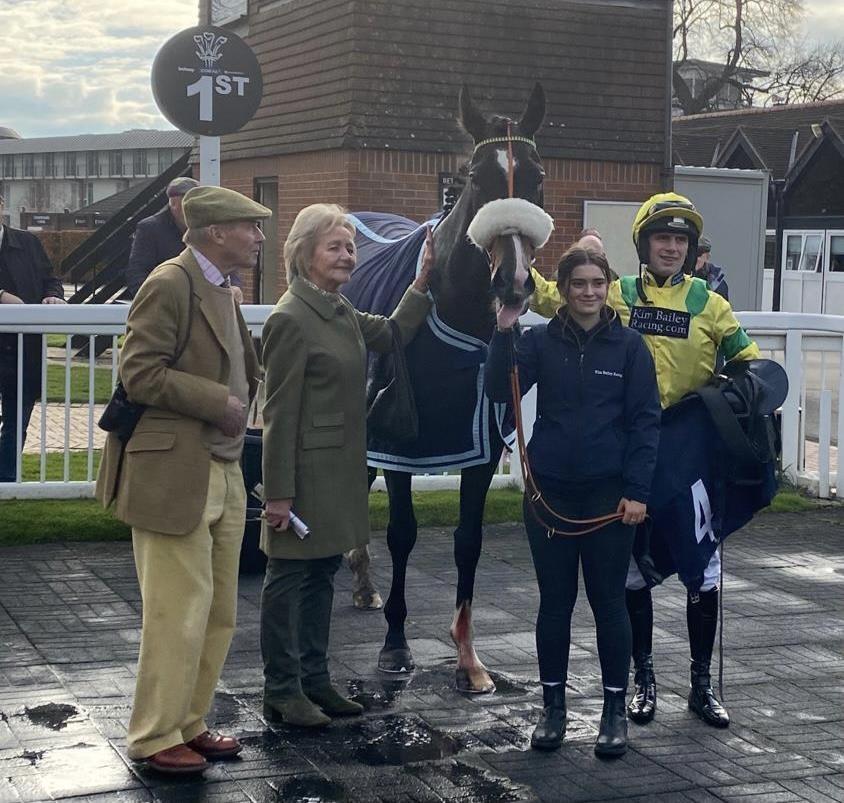 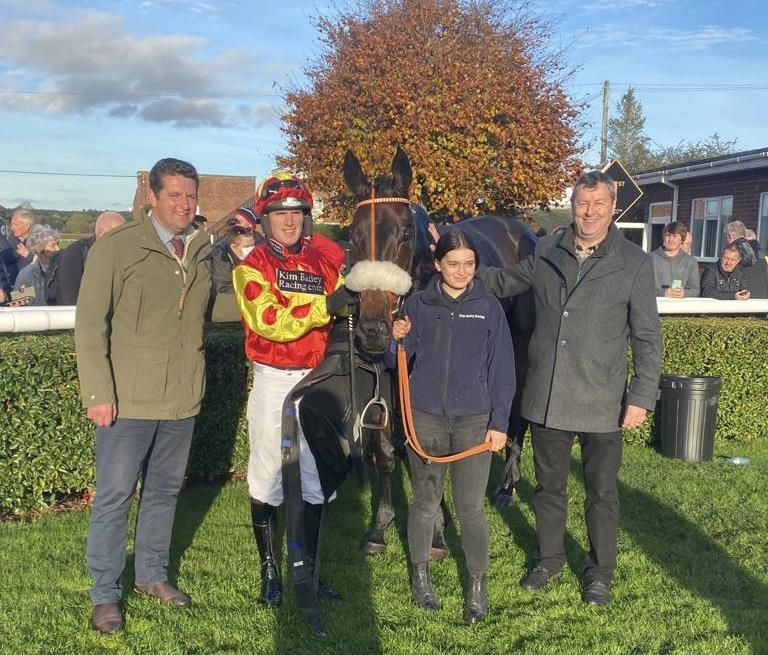 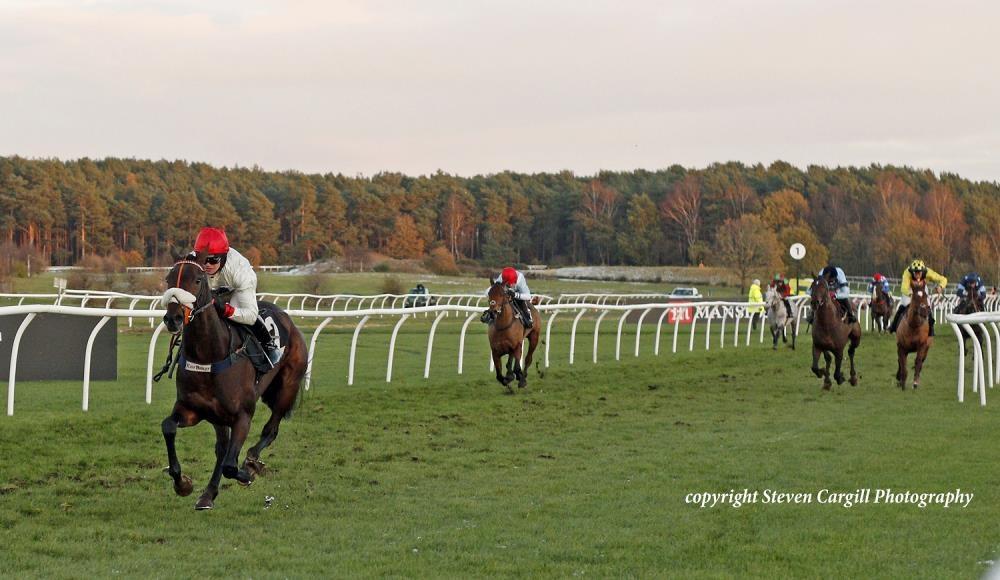 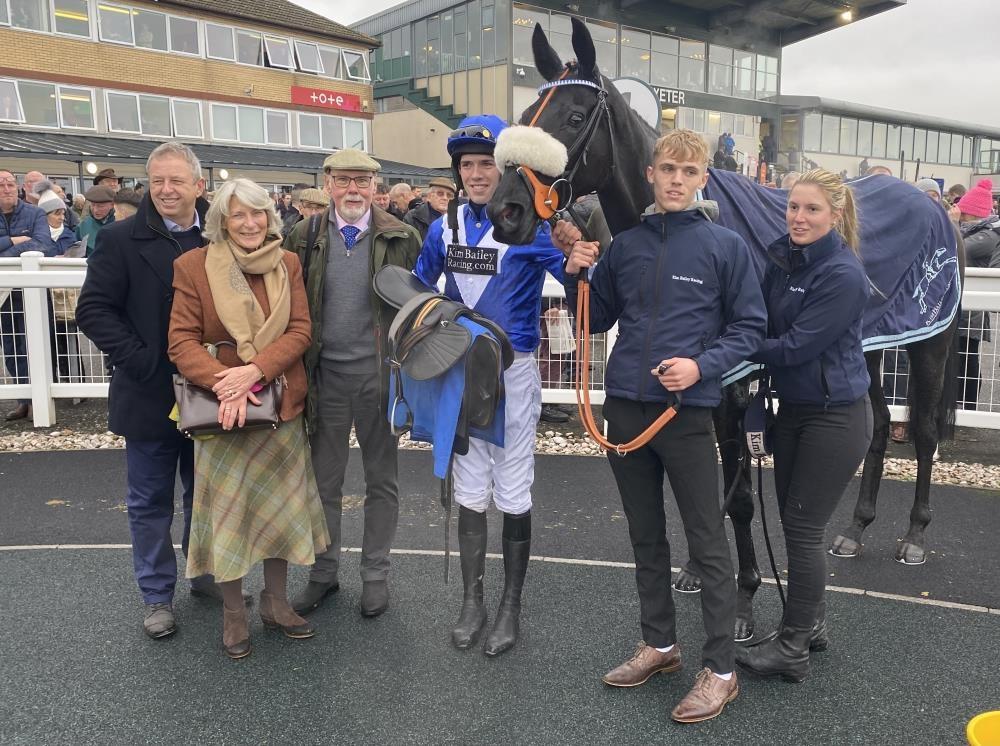 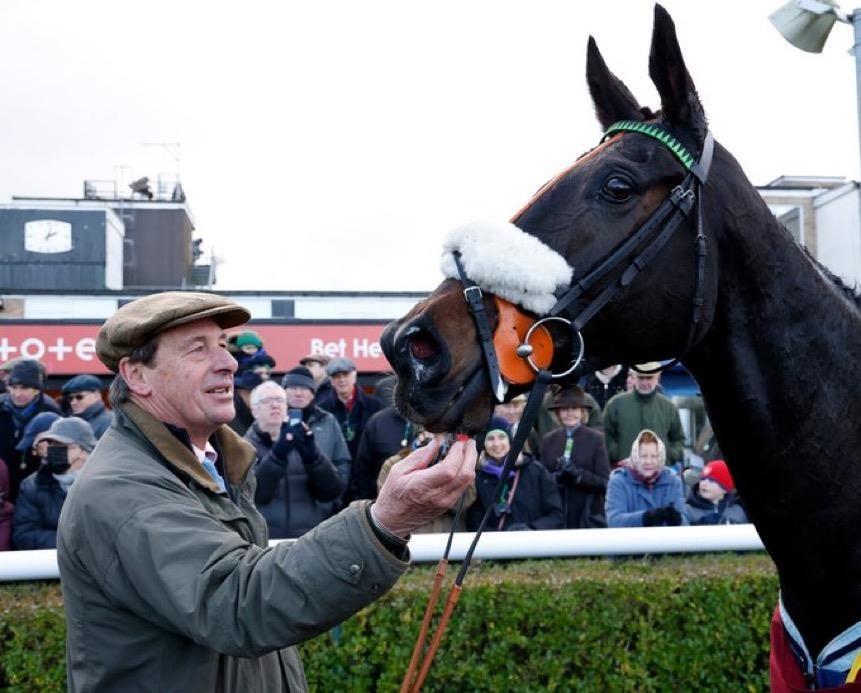 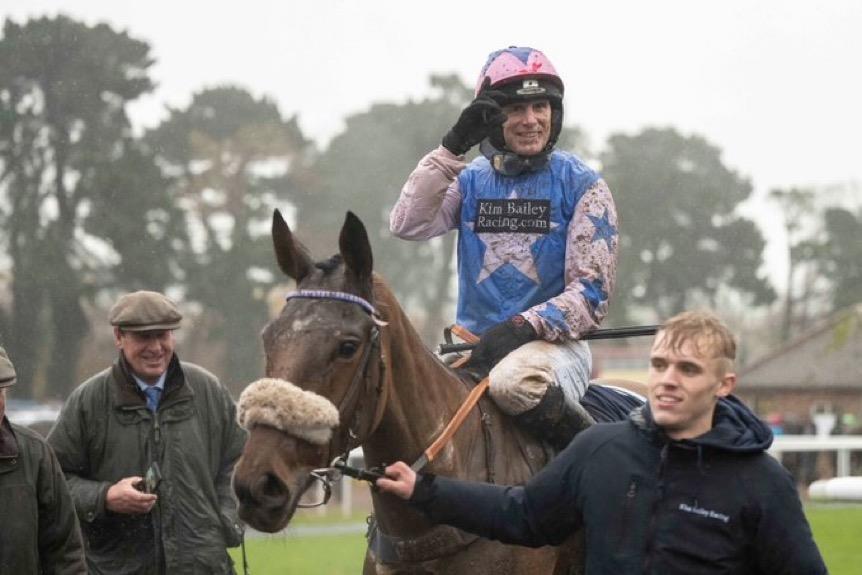 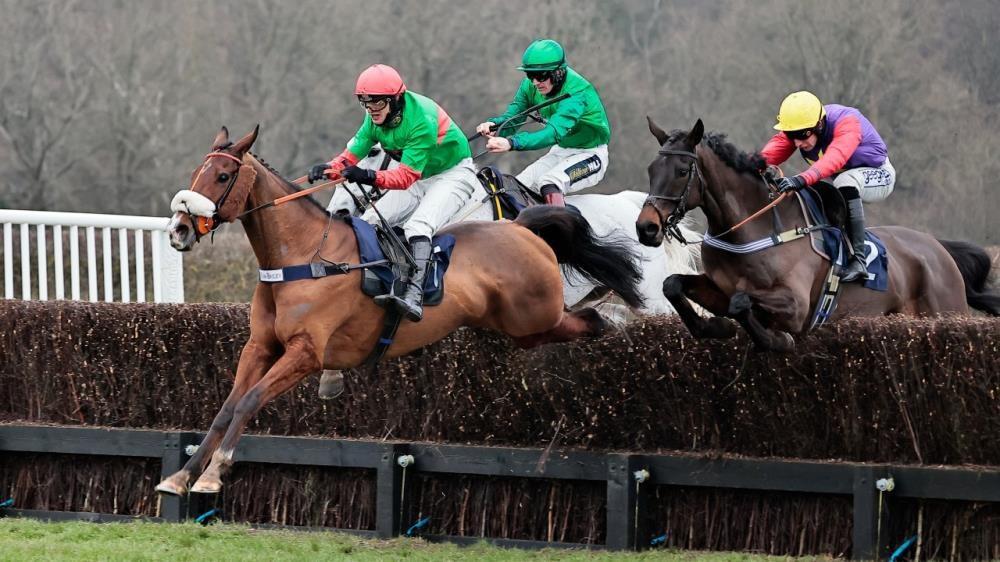 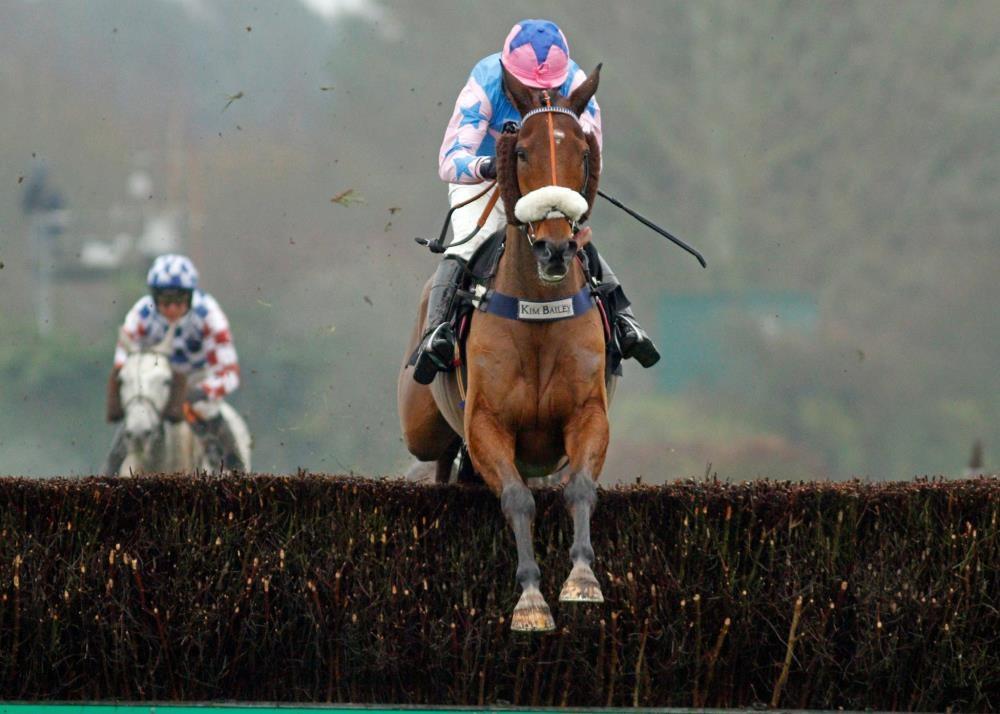 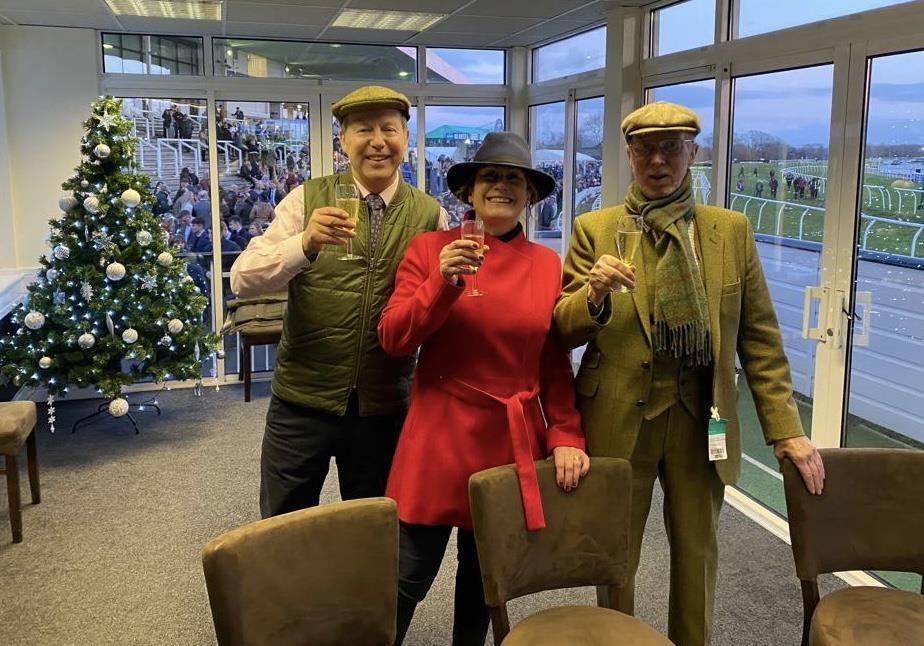 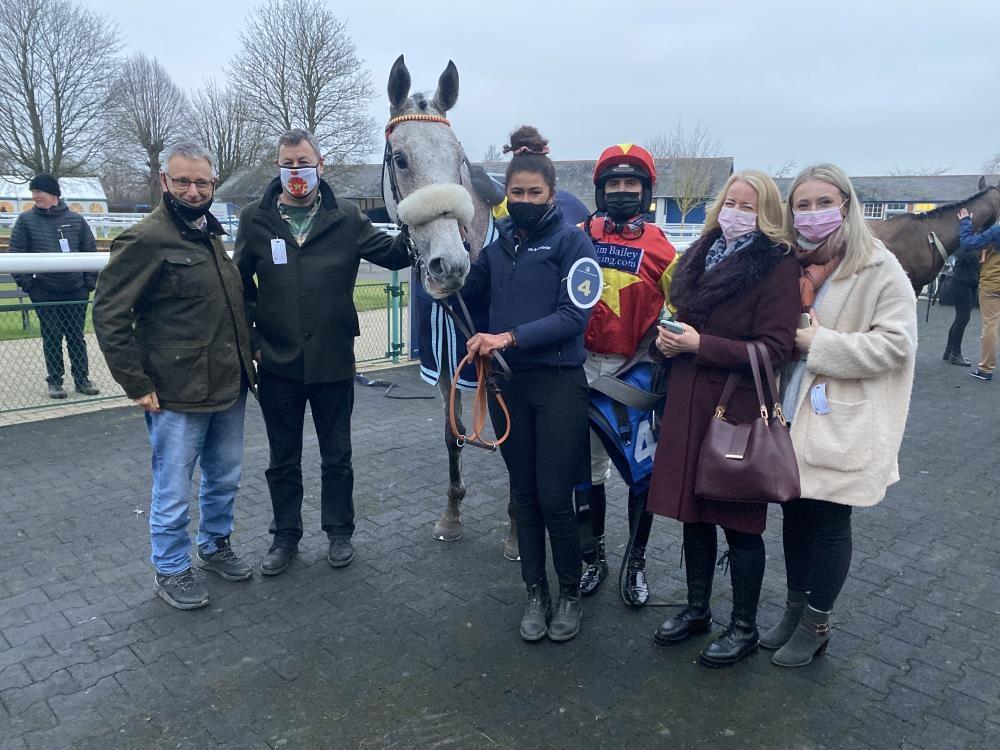 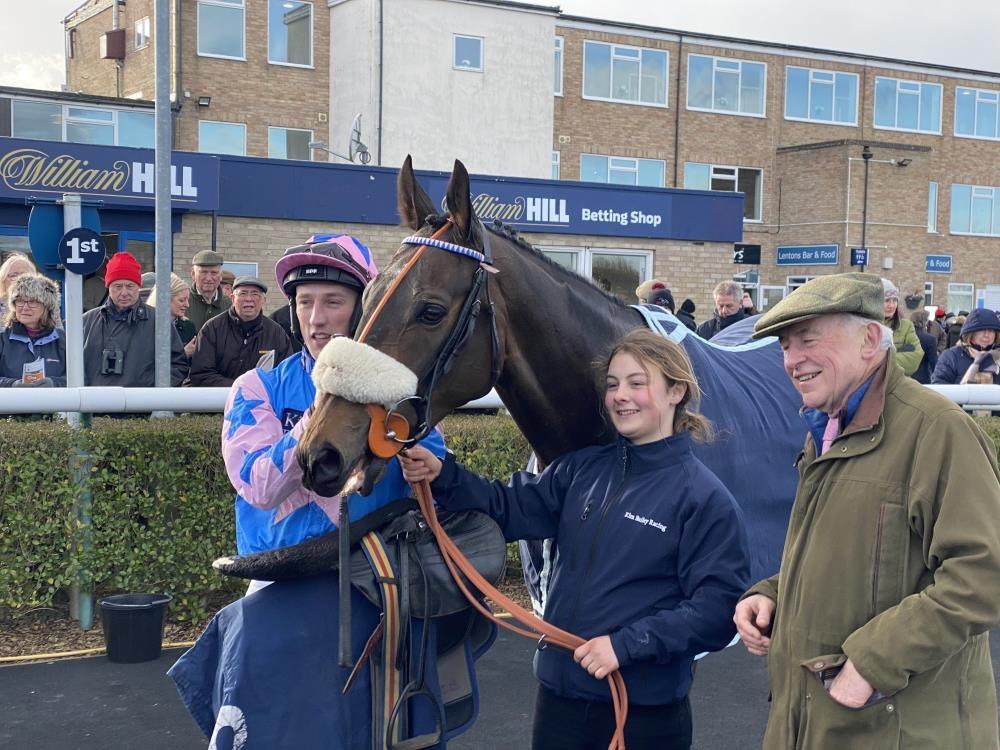 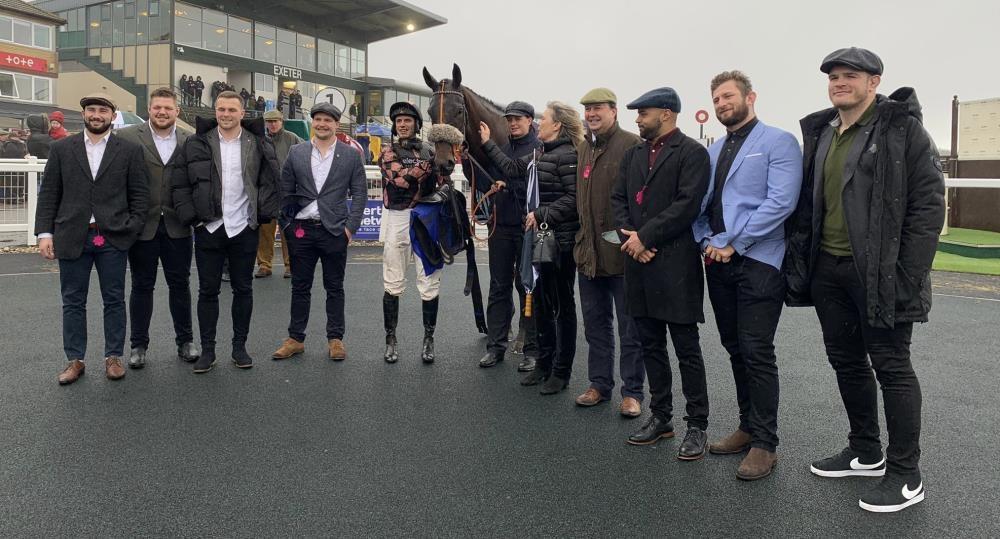 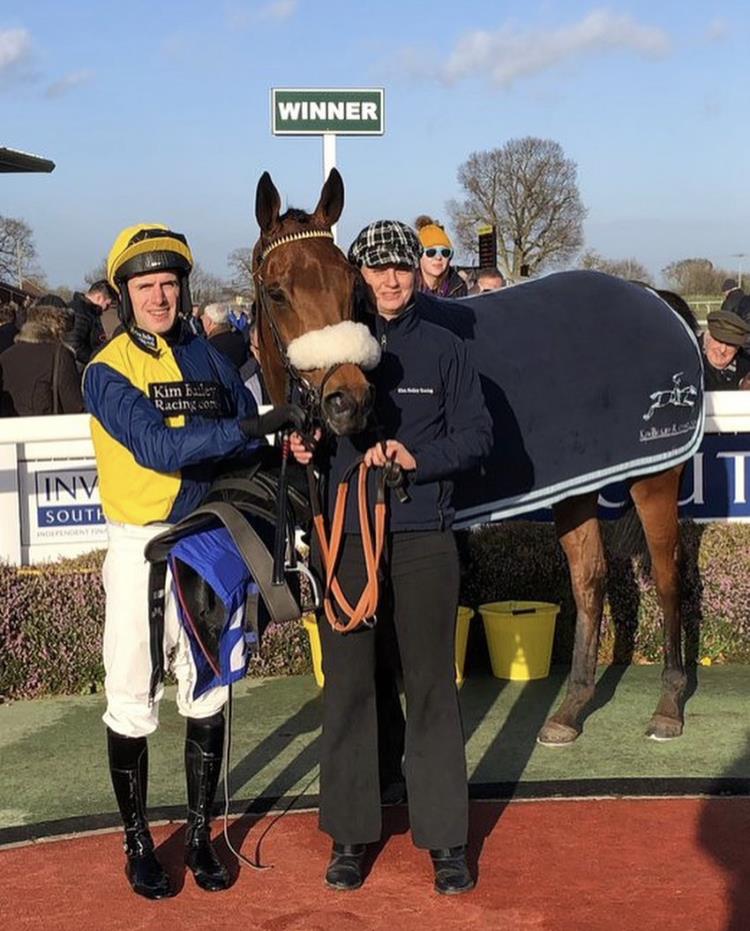 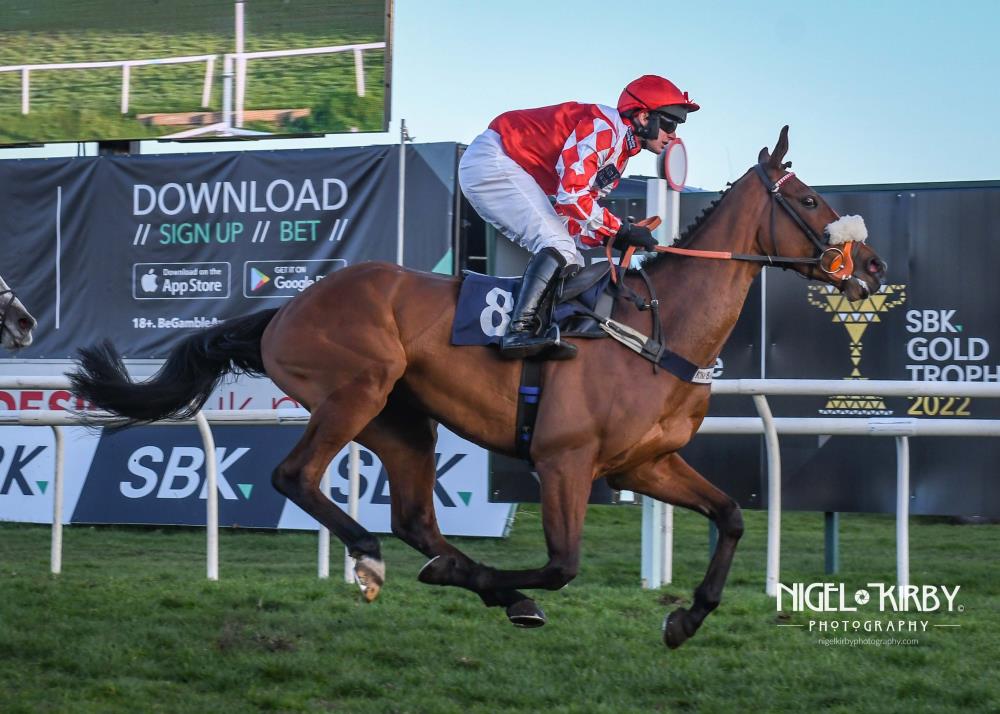 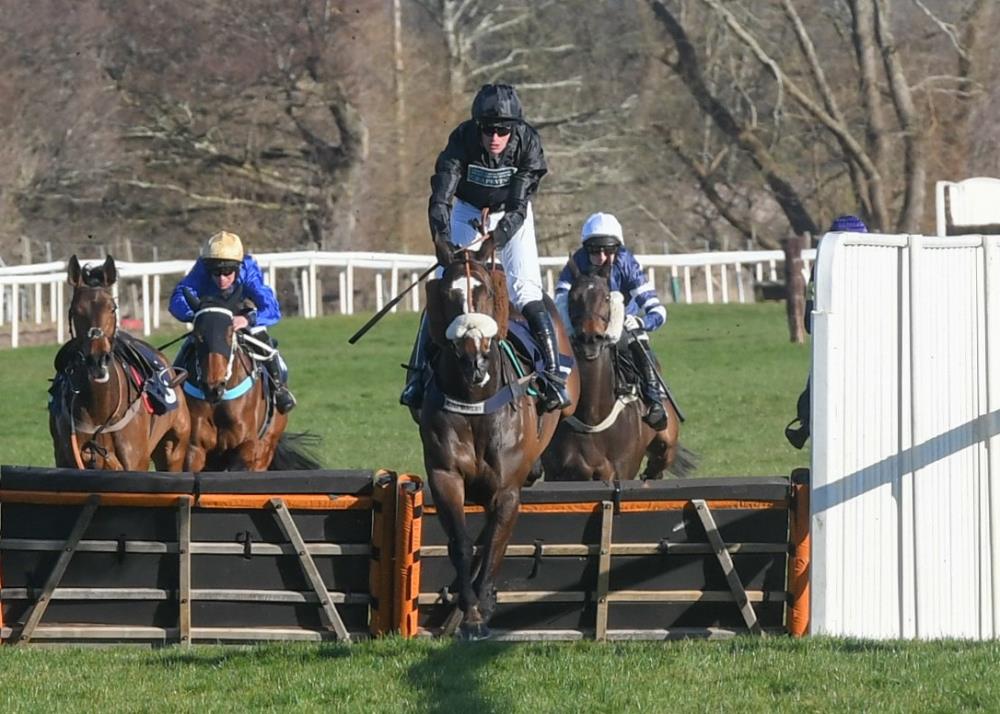 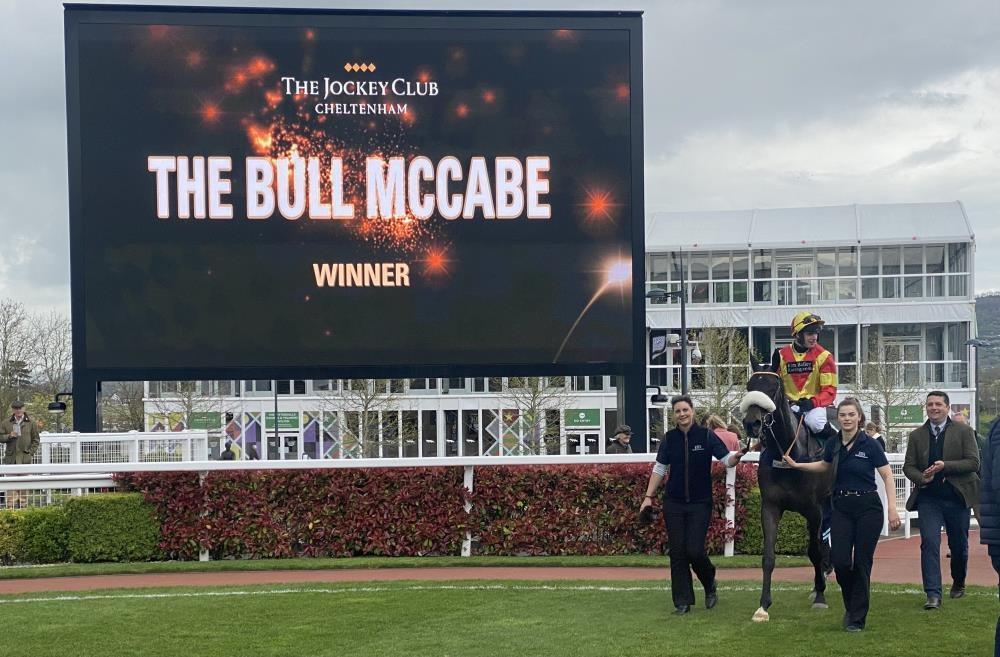 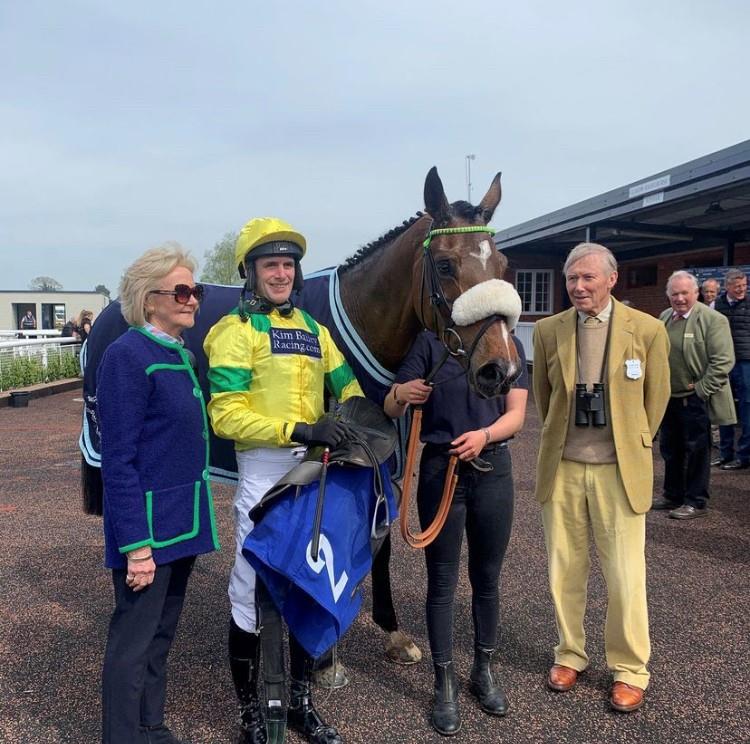