It was always going to be a big weekend for us and the hope was that we might have a winner, and thankfully so it proved to be..Our main hope was likely to have been Lady Of The Night at Warwick, but good ground was too good for her and she did not run..So it was left to..

Yes TFG narrowly won the Fleur De Lys Chase.. the big race of their weekend and gave his very happy owners’ May We Never Be Found Out Partnership’ a day to remember..

We did find out who they were.. Kevin Clancy, Stephen Cannon, Mathew Cannon, Andrew Fundell and Oli Bell…. All were there, well almost, as Oli was based at Ascot working for ITV4.. What a result and one that nearly netted them as much as Sishkin did n Saturday.. Both races were 150K.. ..

Hats off to ARC for putting so much prize money on offer and I just hope they felt rewarded for their efforts..We targeted this race meeting when they announced it and we so nearly had a double as Queenohearts was so narrowly beaten there on Friday..

Two sadness.. Firstly we missed the late Dermot Clancy who was one of the original members of the team who bought and owned TFG and condolences to Paul Nicholls and his owner and breeder Mr Fear of Master Tommytucker who sadly died at the third last in TFG ‘s race.

It was a great day..And all part of a great weekend of jump racing..

What a race and what a brilliant result for British Jump Racing. Shishkin won the battle and what a battle it was too…

Energumene, First Flow and Shishkin started the race with caution and then the pace just grew and grew. For a moment there was a chance that things might go to plan as Shishkin made a mistake coming up the hill and for a moment I though First Flow might benefit, but it was not to be..

Energumene jumped the last 3 lengths clear and the race was set up with Sishkin coming late.. Willie Mullins must have thought he had won and then whoosh it was over as Shishkin flew past him with 50 yards to go..

Yes it was the race we had all hoped for and I was just immensely proud that we played our part in what will be one of the most talked about race for years to come. First Flow ran a blinder to finish 3rd...

David Bass said FF felt better and ran as well if not better than when he won the race last year.. That alone tells you how brilliant a race it was as First Flow was hammered by 18 lengths….

We were hugely proud of our boy and at 10 years young he shows that he is no back number and continues to show extraordinary form figures since becoming a racehorse..

Well done to Will Hodkinson who looks after him and adores him.. they won the best turned out award.. No consolation prize.. but a prize we pride ourselves on as my team, with Leigh Pollard travelling and preparing them win many.

David Bass said he had never ridden in a race like that.. He had never been so fast on a chaser and Nico said the same.. It was a honour and privilege to have been there and participate..

''The atmosphere as the two horses passed the post was as extraordinary as any I have ever sensed in any stadium, and that includes Olympics, Wimbledon and the Six Nations.

As people rushed to the rails to greet the heroes it was as if thousands of bees were in “did you see that?” conversation and as De Boinville rode back in triumph, as he has on the likes of Altior and Sprinter Sacre, he would say “That’s the best reception I have ever had in my life.”

First Flow was fine yesterday morning and now he will be aimed at the Ascot Chase on February 18th.. Two For Gold is fine this morning too.. Plans are not so easy..

Francis and Katharine Brooke asked Clare and I for lunch and we sat with Willie Mullins, and then I watched the race with Nicky Henderson.. Yes it was day to remember..

To finish.. A special weekend and one that David Bass rightly deserves a huge amount of credit for as I am not sure many other jockeys would have won on TFG..

Definition that probably applies to David's ride..‘a person in the face of danger, combats adversity through feats of ingenuity’ 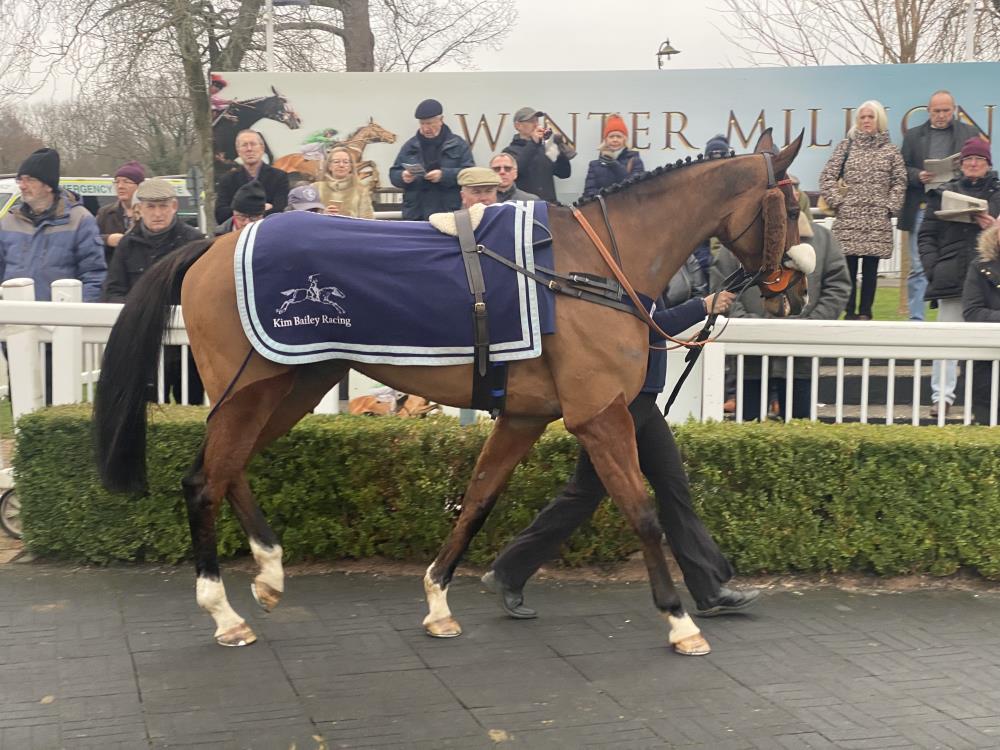 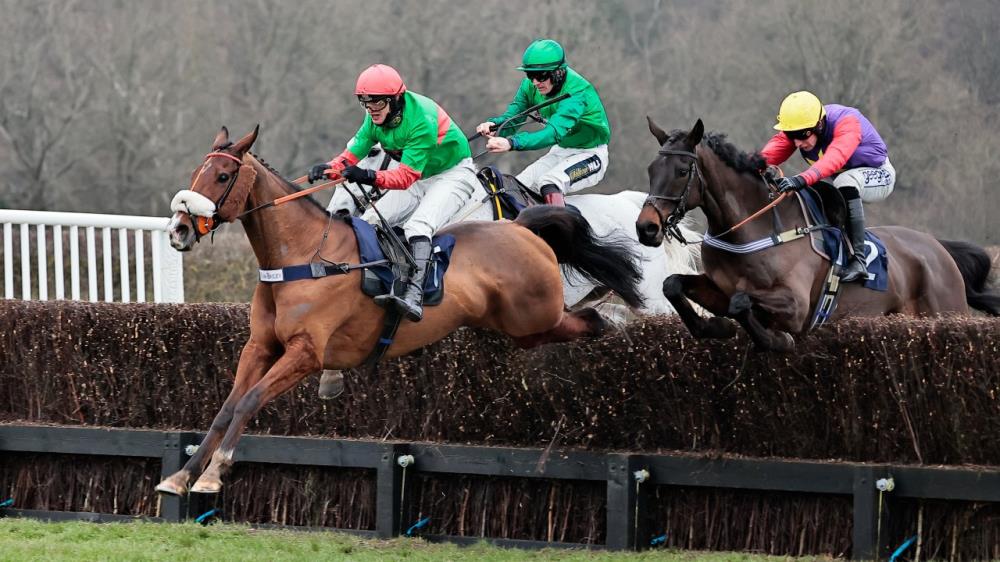 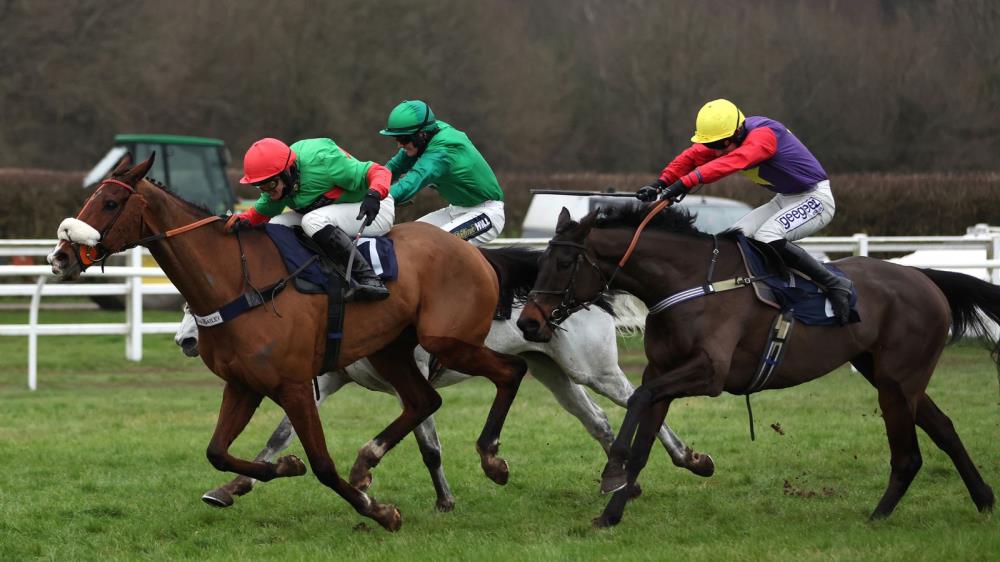 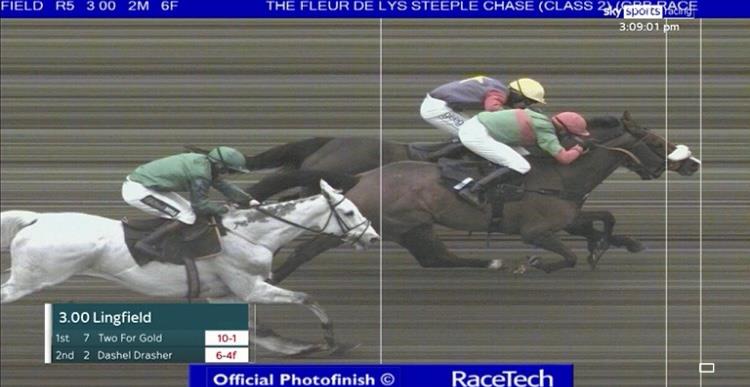 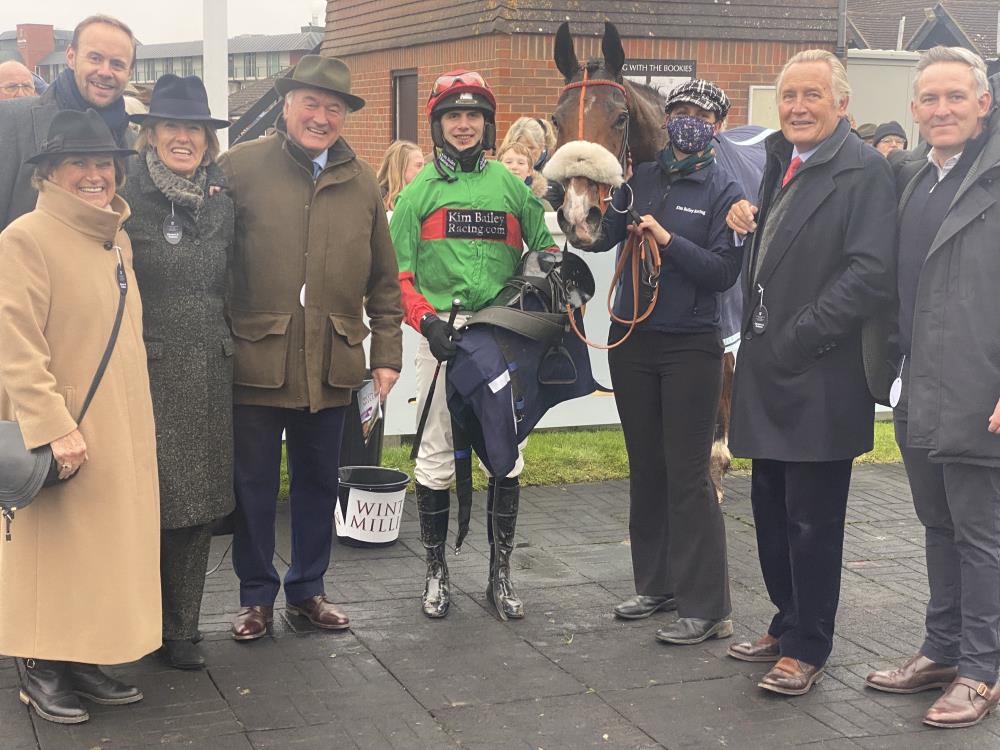 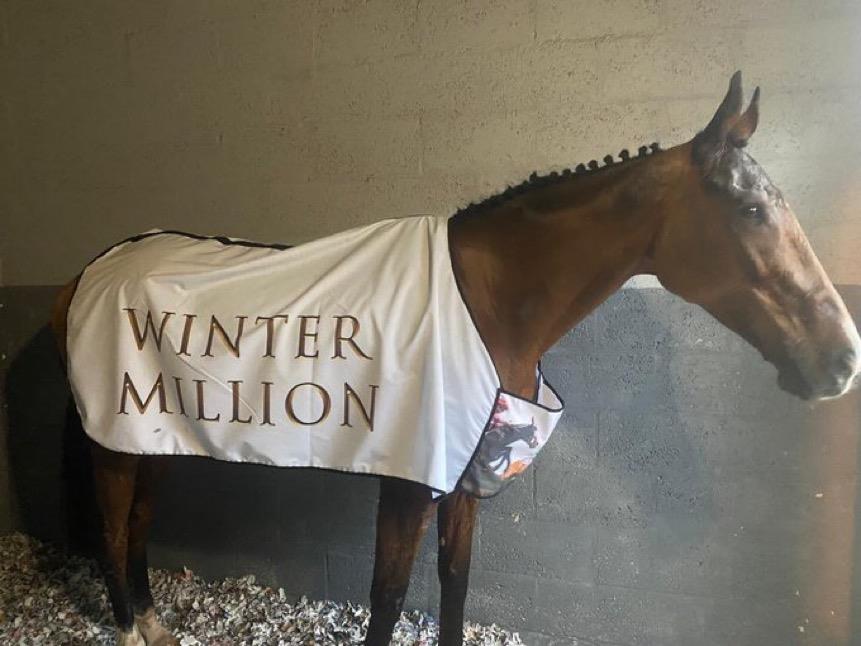 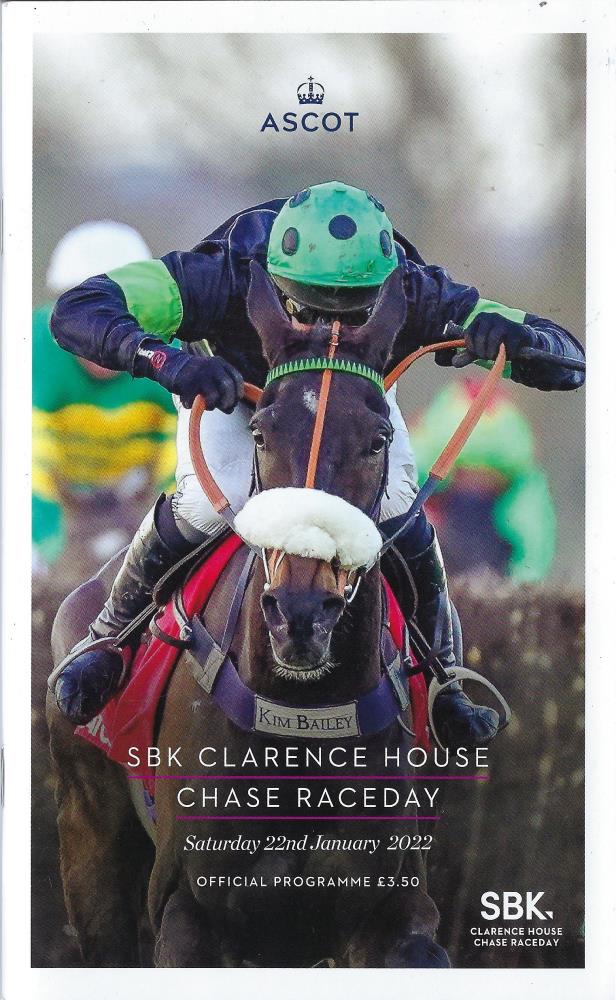 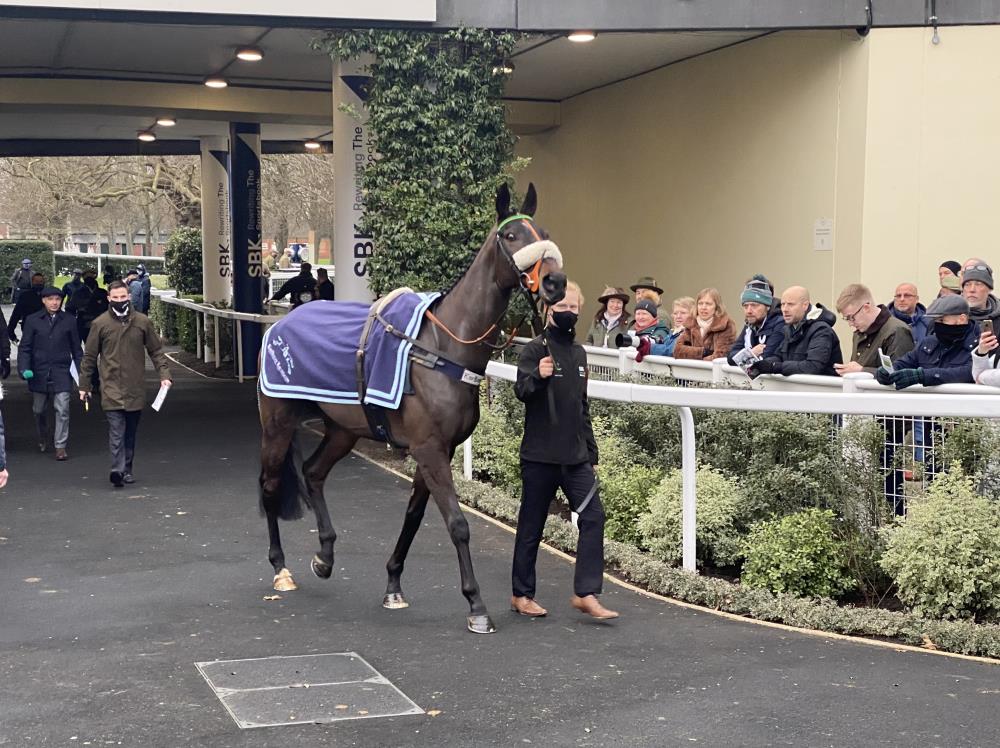 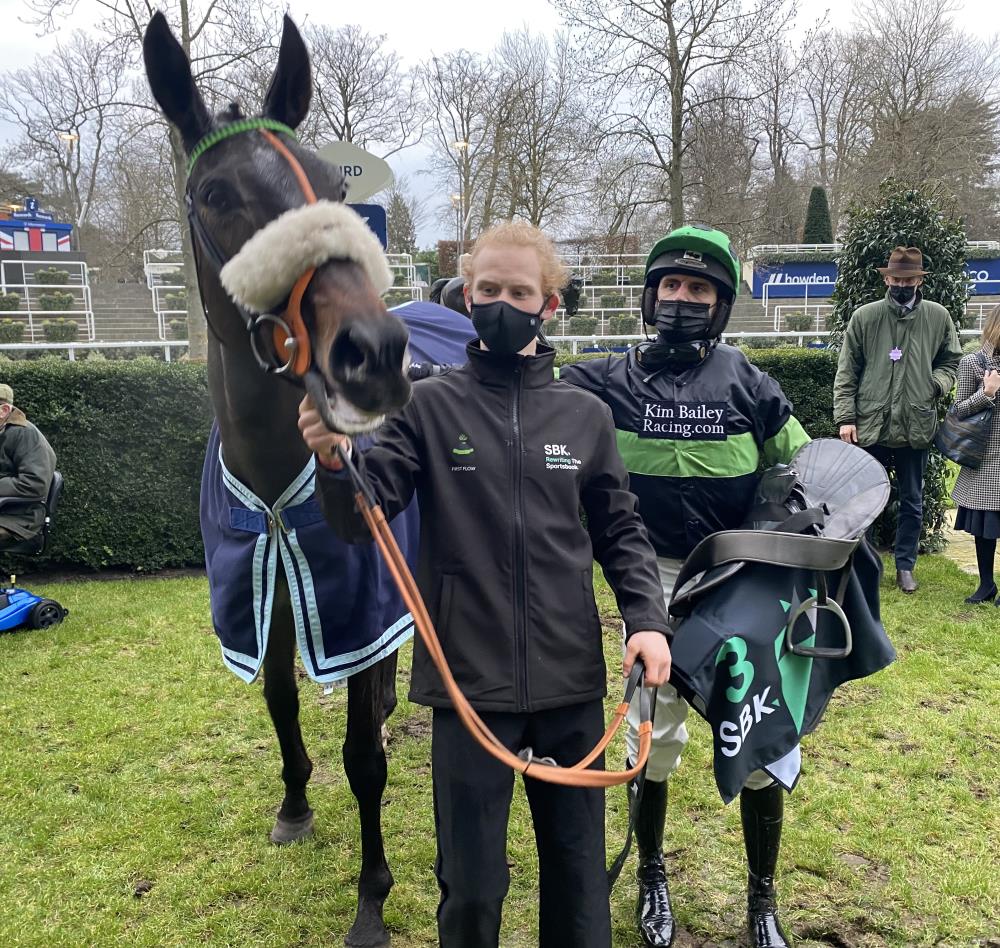 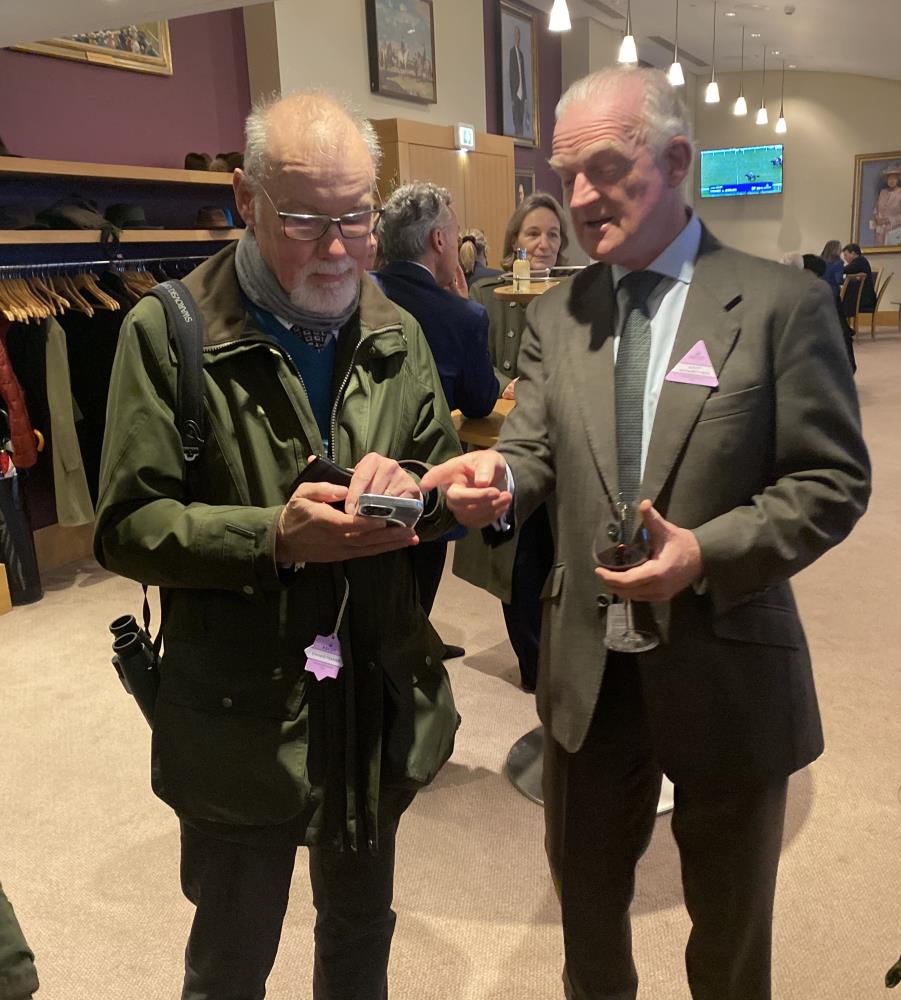