Plus 3, dry and very foggy when driving in.

We all like a suprise in life and yesterday we too had one when Yeavering Belle made all to win the bumper at Warwick.

The journey started last summer when I was driving North to see my old mate Sam Morshead and to break the journey to Perth I stayed with Ian and Tocky McKie near Wooller.

The following morning Ian showed me this filly who was by one of my favourite sire Midnight Legend; small and fairly well bred and related some way down the page to a horse that Tocky’s father John Sumner owned called  Dublin Flyer.. Not sure what to do with her, I suggested that I lease her, and here 6 months later horse and her happy owners ended up in the winners enclosure at Warwick yesterday. To watch the race click here.

Lots Of Luck ran well for a long way and will have gained valuable experience from his first run over hurdles, he jumped and travelled well but tired. One to watch

I called in to see John Wood on the way to Exeter. Nearly 90 John has been a fountain of useful knowledge on English pointing over the years. An engaging hour talking racing and jockeys… he has strong opinions

Exeter was foggy and cold.

Alfie Corbitt is an enigma as he is far better than he has showed so far while Another Venture ran well, but a few pounds lower and he will be back in the winners enclosure.

Both horses were well ridden my Mikey Hamill who is now sponsored by Maggie Cancer care homes.

The down side of yesterday was the traffic to and from Exeter. It was awful coming home last night and to make matters worse the horsebox had a puncture and sat on the side of the M5 for 4 hours waiting for the tyre to be changed.. That is not good enough.. Thankfully both horse were unfazed by the time spent in the horsebox.

David Bass, Tom Bellamy (fresh from his devon National win yesterday) and ex memeber of staff Joe Morriss were in this morning to ride out; we worked a few and jumped Diamond Gait, Pond Road, Rose To Fame and Silver Kayf

We had 40 odd visitors from The Injured Jockeys Supporters Club here this morning. Coffee and a brisk walk up the gallops followed by a tour of the yard..

We have just the one runner at Newcastle. It was not planned but the race reopened and they promise decent ground which we will not be seeing down here next week so up Imperial Aura goes as does Mat...and for my thoughts on his chances please click here.

Have a great weekend and enjoy the Rugby..One all in the cricket..

This is awful.. Tried to catch the fog this morning, but mist.. 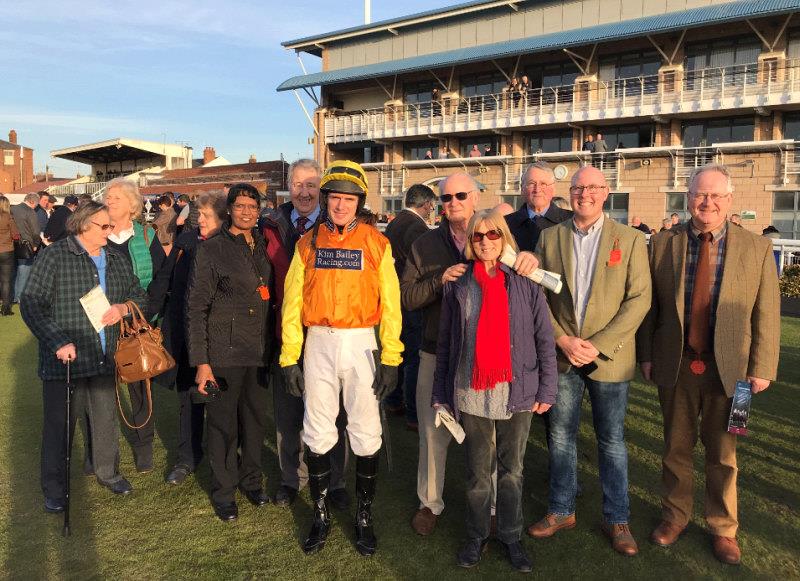 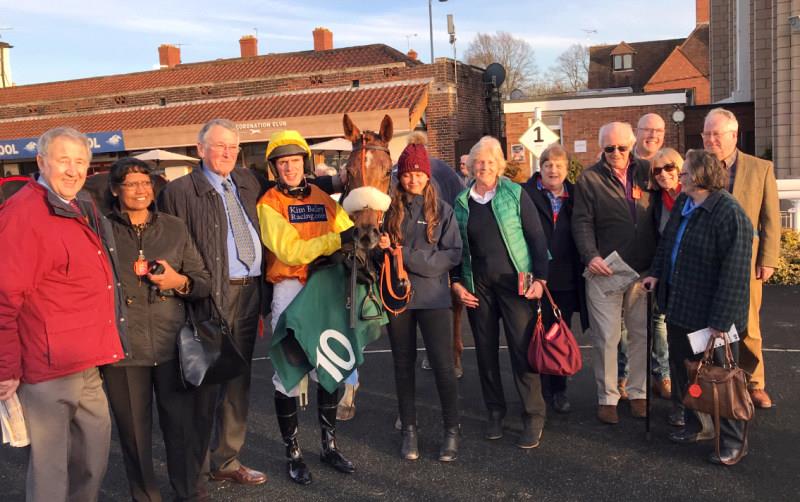 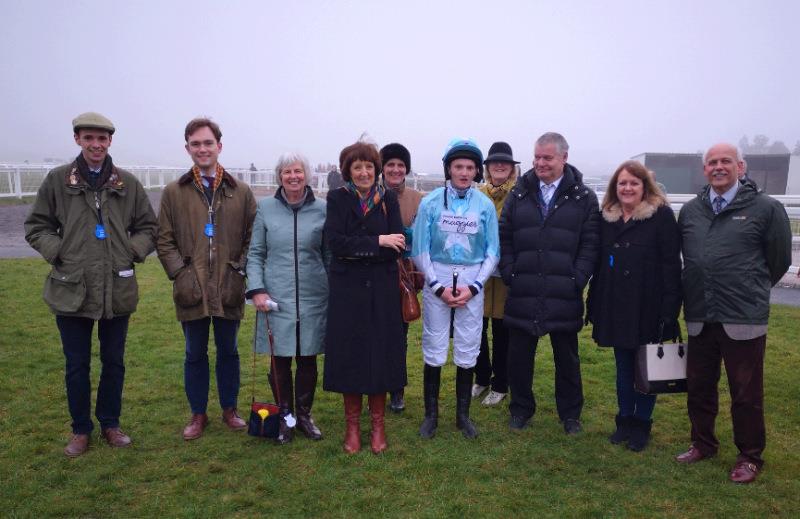 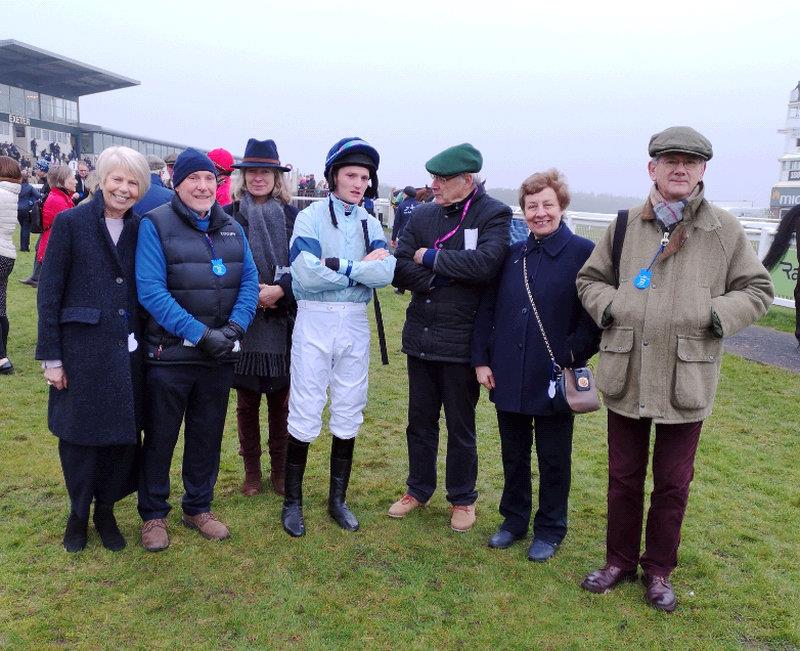 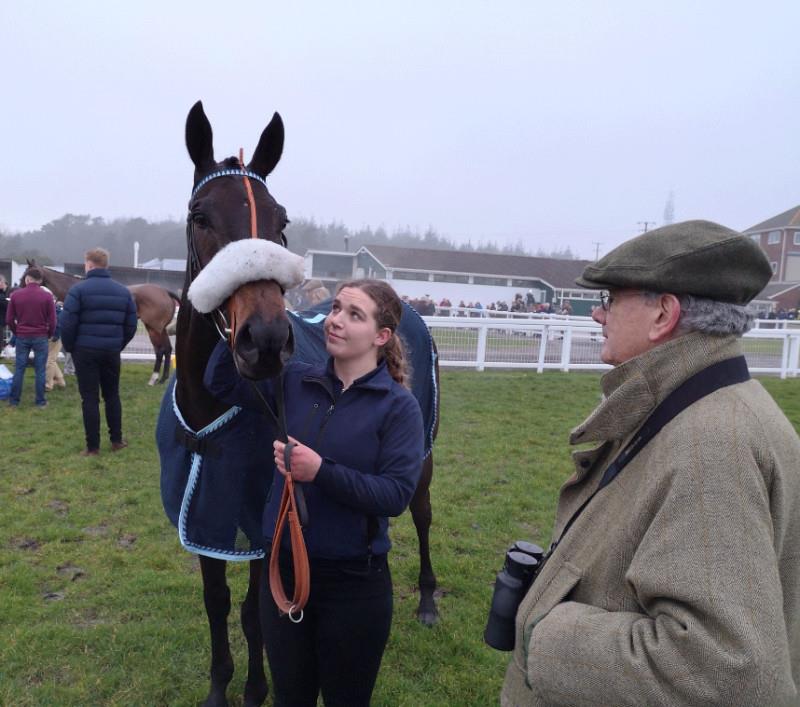 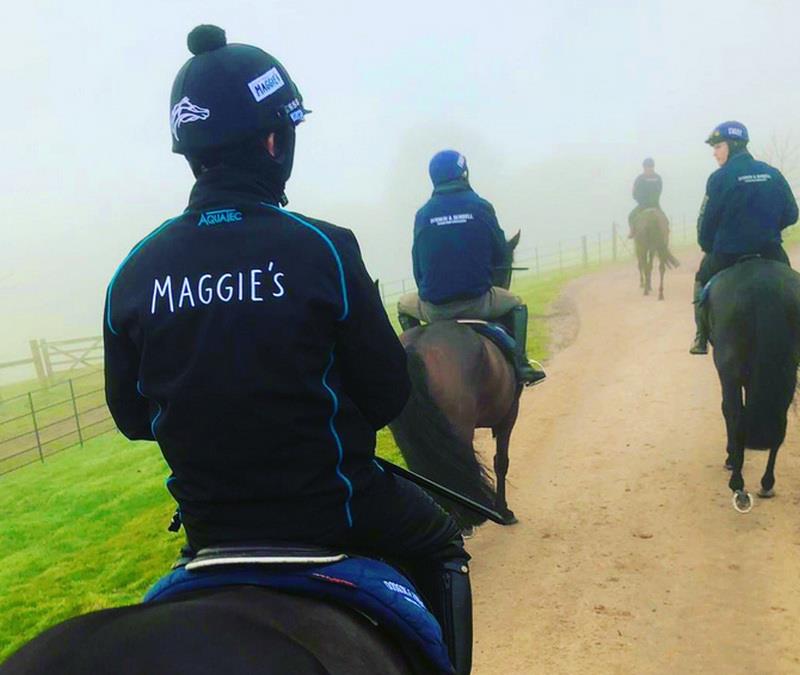 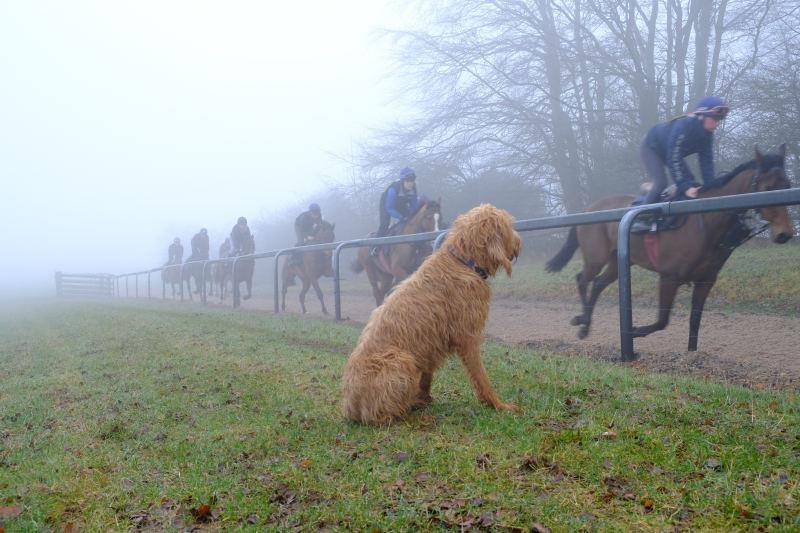 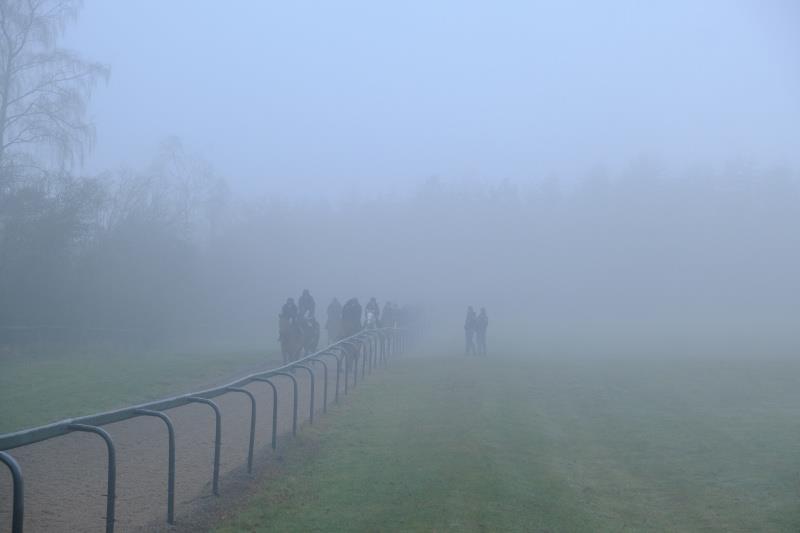 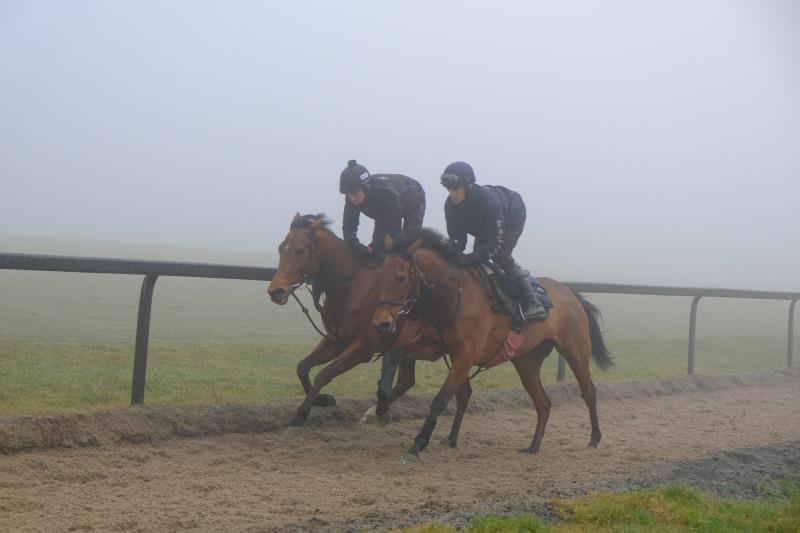 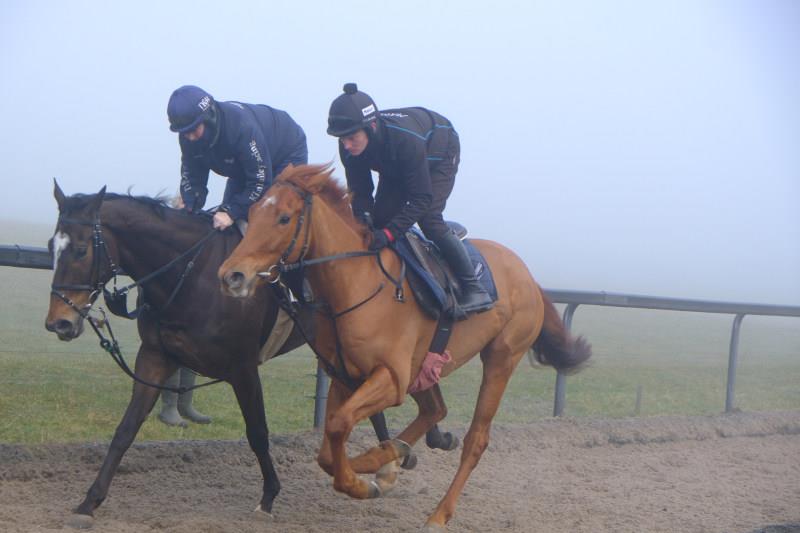 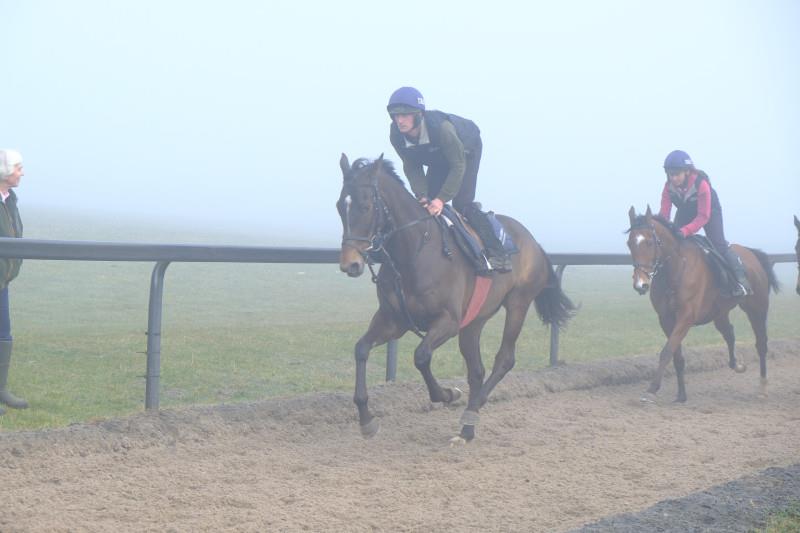 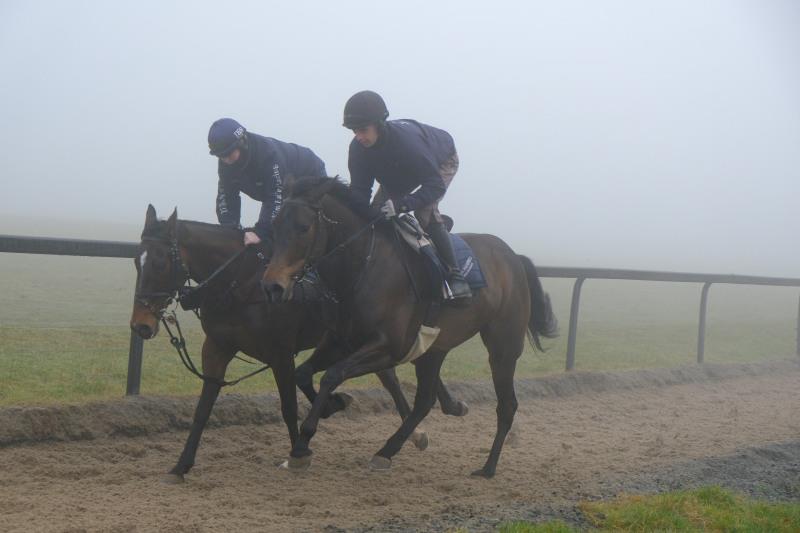 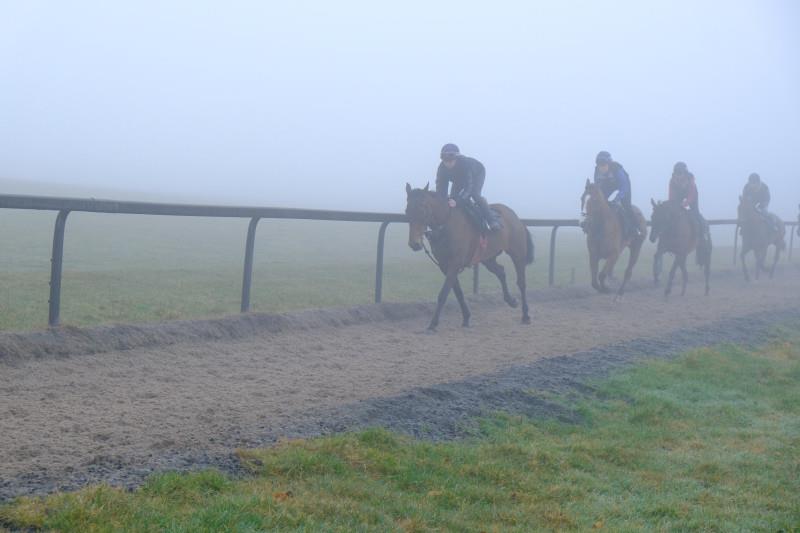 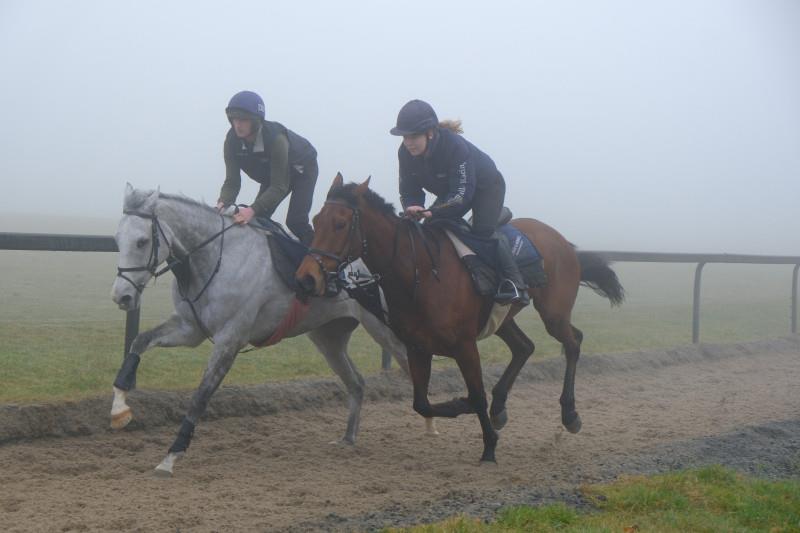 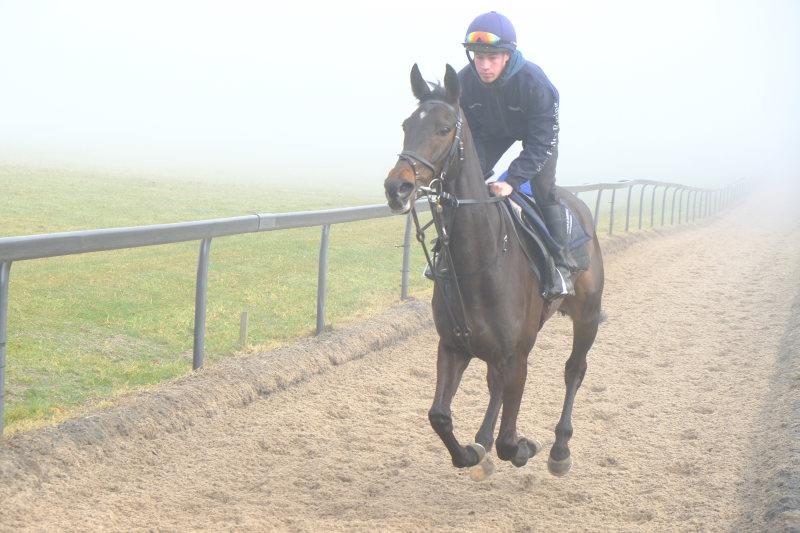 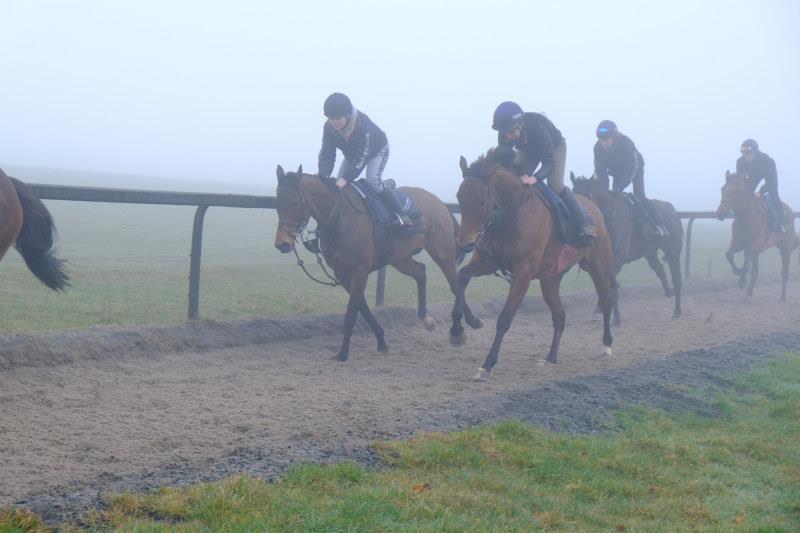 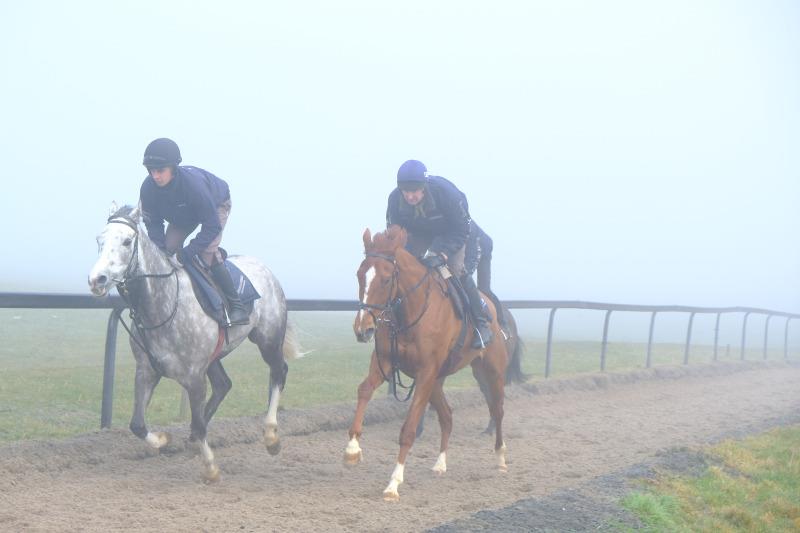 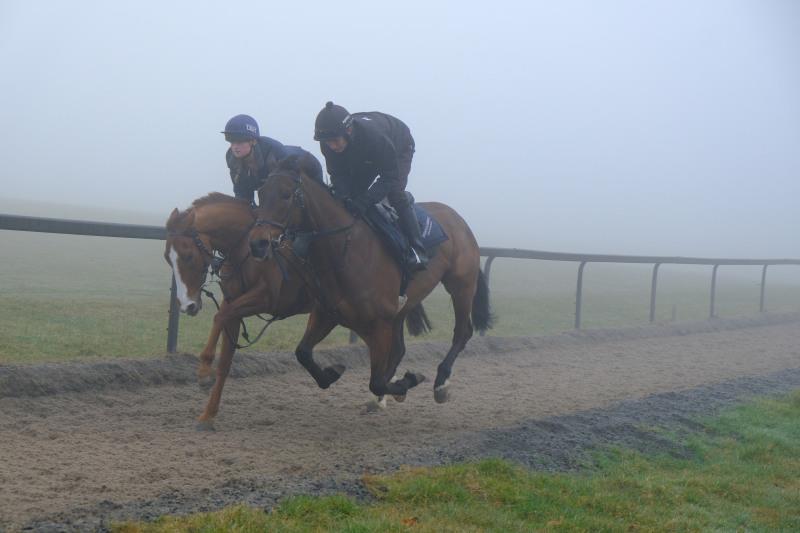 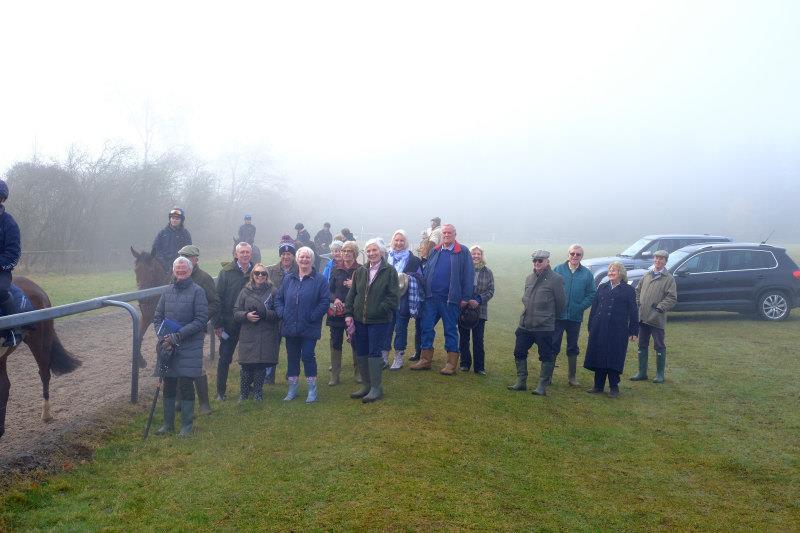 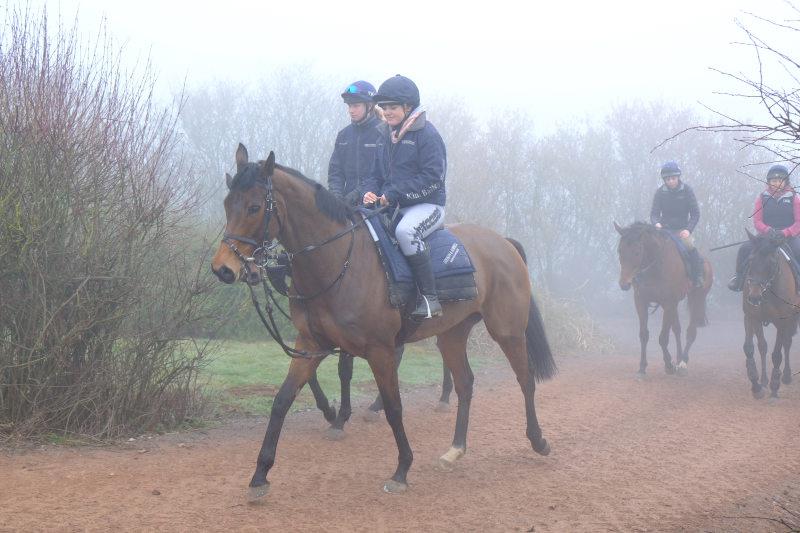 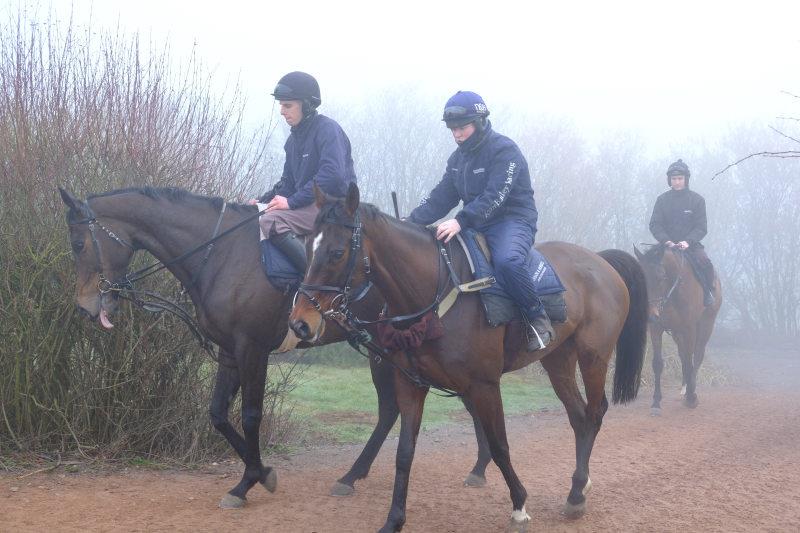 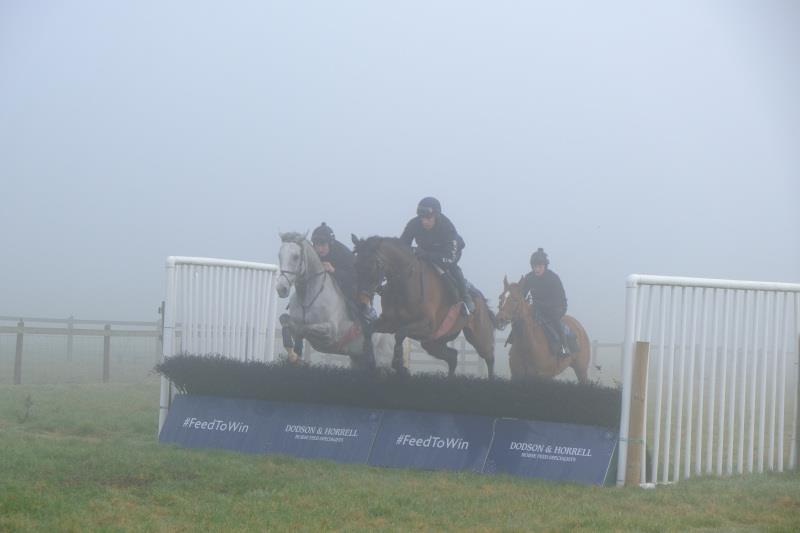 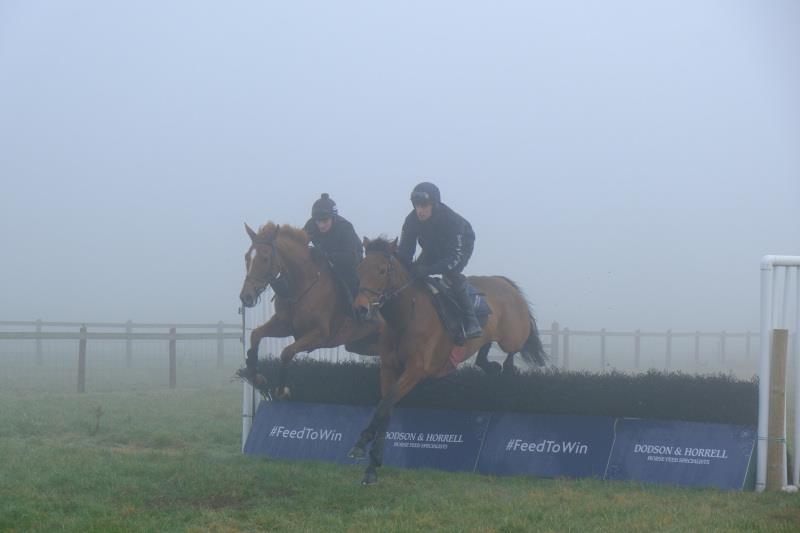 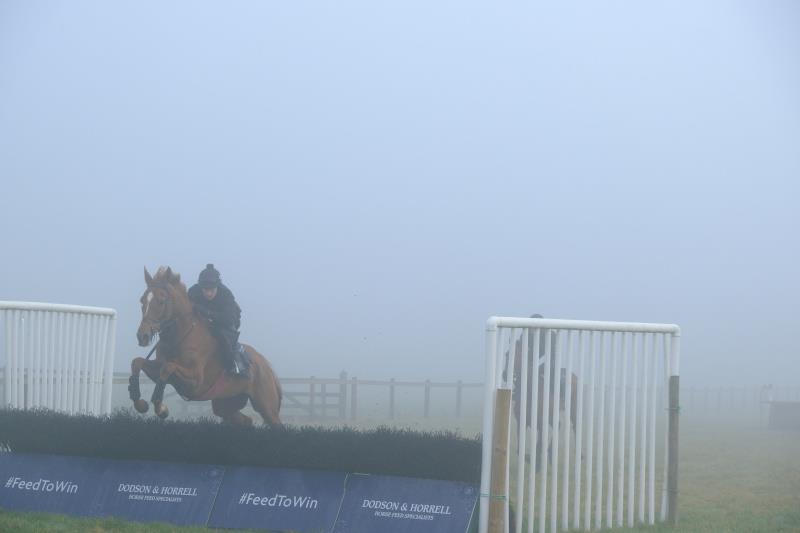 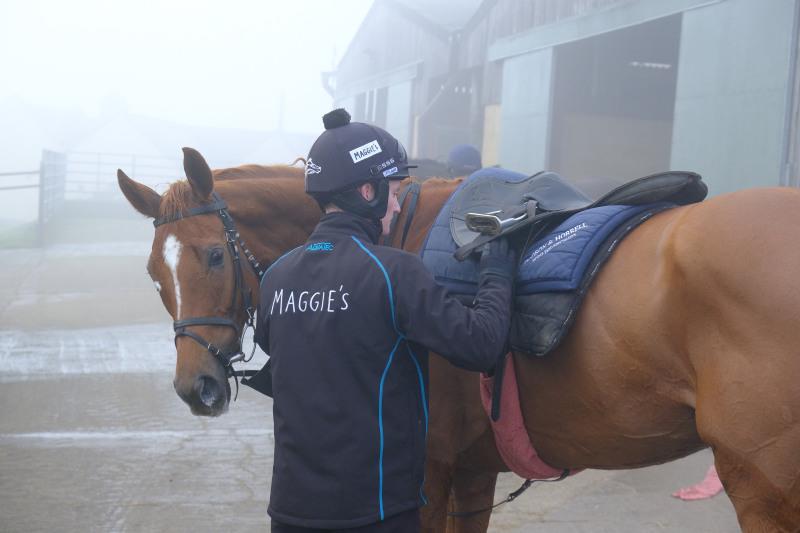 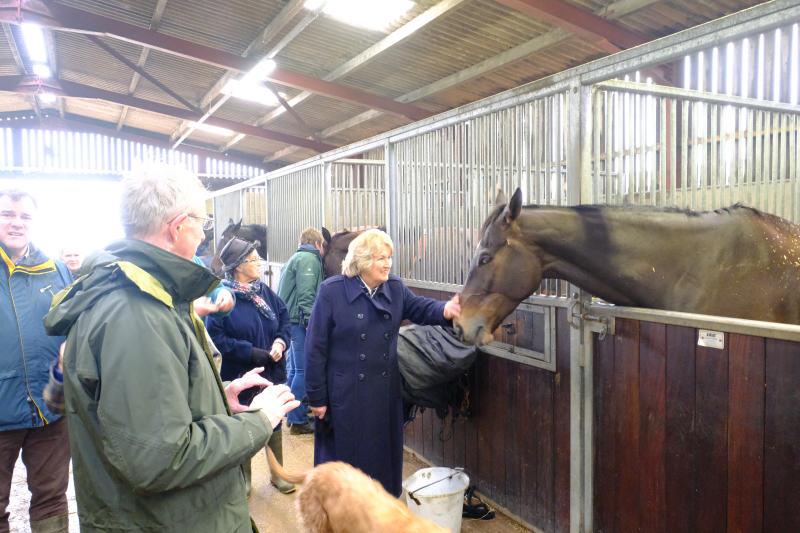 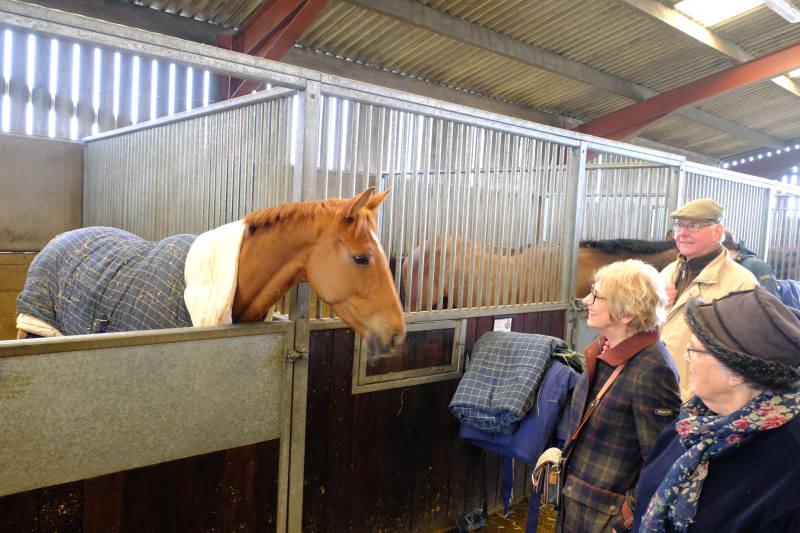