My that was wet at times yesterday..23mm of rain here and frankly I am not sure my rain gauge is correct as it felt that we had far more than that.. What a weird world we are living in ..

Party Fuzz is probably how Phil Andrews feels this morning after a night of celebrating his win at Hereford ..

Phil and Gill were not at Hereford to watch Party Fuzz or Duke Of Earl as they are currently on holiday in the Maldives…. I believe they thought I would not be running any of their horses because of the ground? .. they have waited all season to see their horses run and we run three in a week for them.. The Edgar Wallace and those two yesterday.. Not a great way to look after owners!!

Phil loves sharing his racing and yesterday Kevin and Collette McGrath were there to do the honours.. Phil was Kevin’s best man..

Party Fuzz was bred by Jane Way and I trained PF’s mother Very Special One.. Patience and reward for all..A great ride from David Bass who as you can imagine was always handy..

Gordon Elliot brought over two horses from Ireland and both races were won by David Bass...

PS from Hereford.. Bloody good prize money..Class 4 chase and 10k to the winner..

I don't know if you saw this in yesterdays Racing Post but well worth a read.

Thursday and our easy day..

We have two runners today..I Spy A Diva heads to Taunton while Time For Hollie goes to Lingfield.. For my thoughts please click here.

I receive so many emails and when it comes to my horses mostly are rude ones.. This one was different.

'Kim can Time for Hollie win tomorrow. l would really like to bet 40£ on him. l have had a really hard time due to ill health. l have followed your horses for years and the truth is l thought Kim Bailey was a woman and only learned today that you where a man.sorry about that, if you could do this for me it would help in a big way.'

Anne Bradford was here to see her Grapevine horse Starvoski.. who was due to run yesterday at Hereford but was kicked at the top of the gallops on Tuesday morning.... She is fine but needed a stitch so missed her race..

I should be attending George Paul's Memorial Service today.. 11am in Stoke By Nayland..

Very sad news.. Jeremy Graham died on Tuesday after a battle with the dreaded cancer... Jeremy was one of lifes really kind people and hugely popular..

Jeremy used to bring his daughter Sapphire over to use our gallops..Jeremy was so strong to the end and a real fighter.. So sorry for his wife Sophie and Sapphire.. Jeremy and his sister Carey were so close..All too sad.. 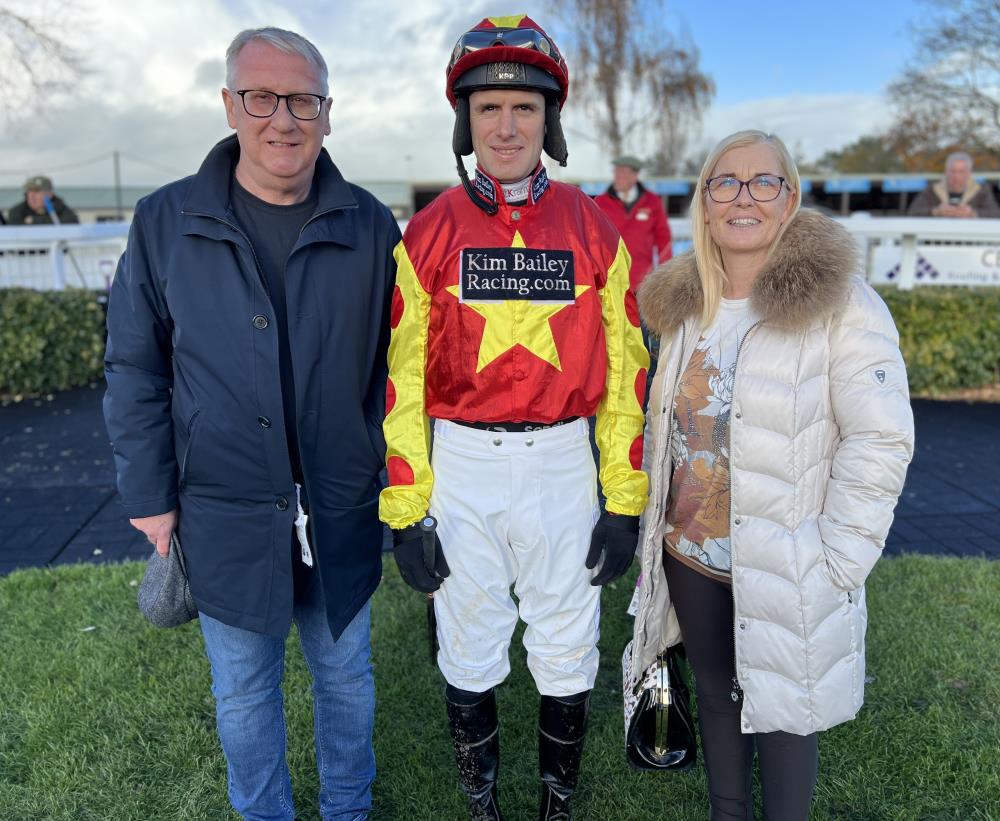 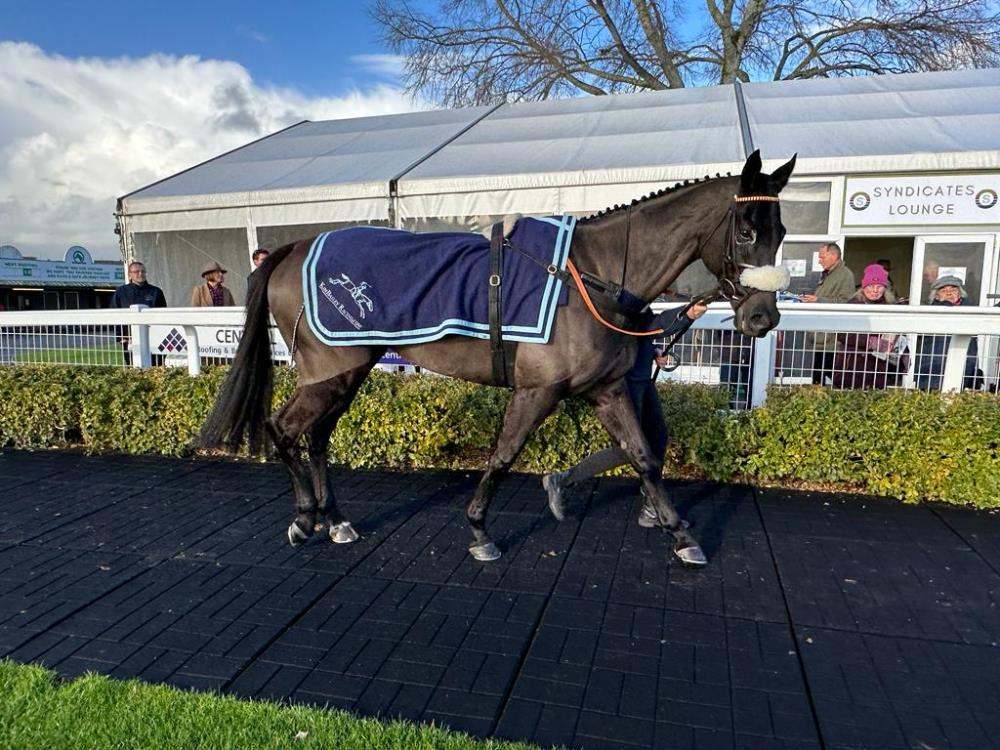 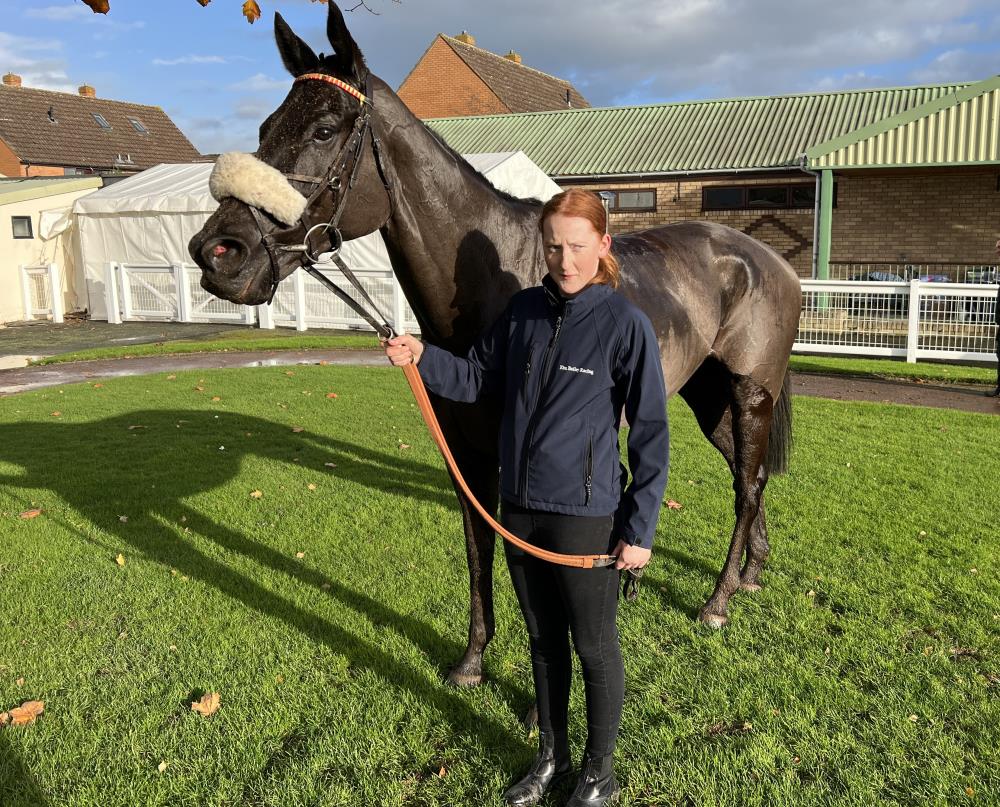 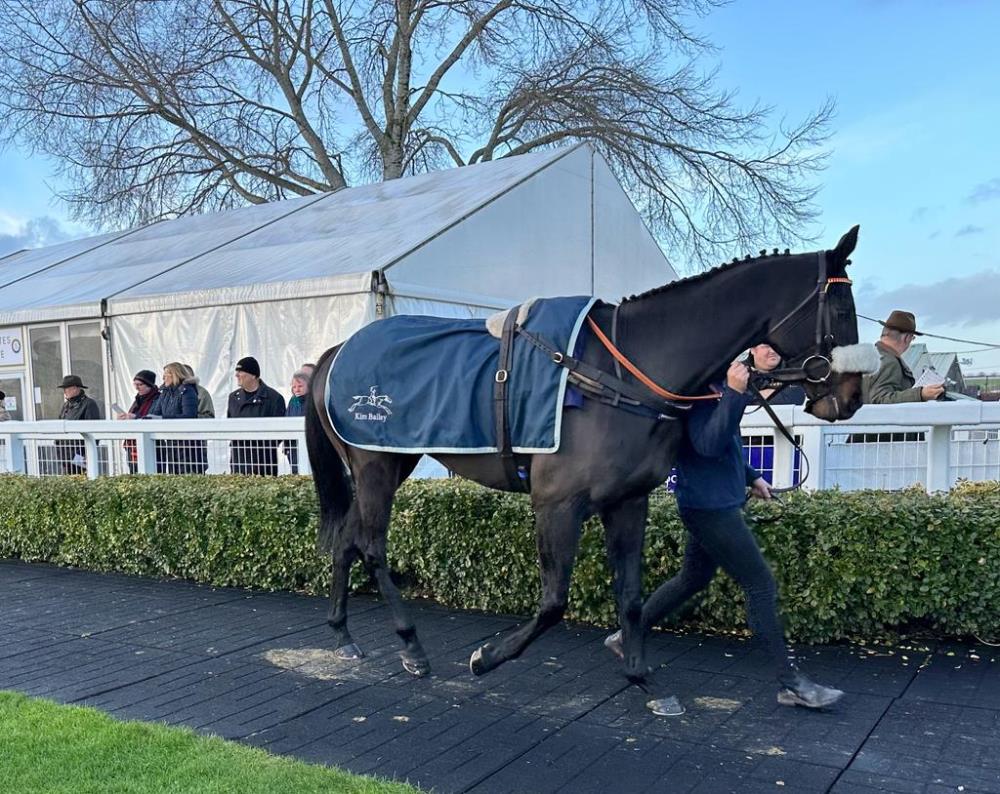 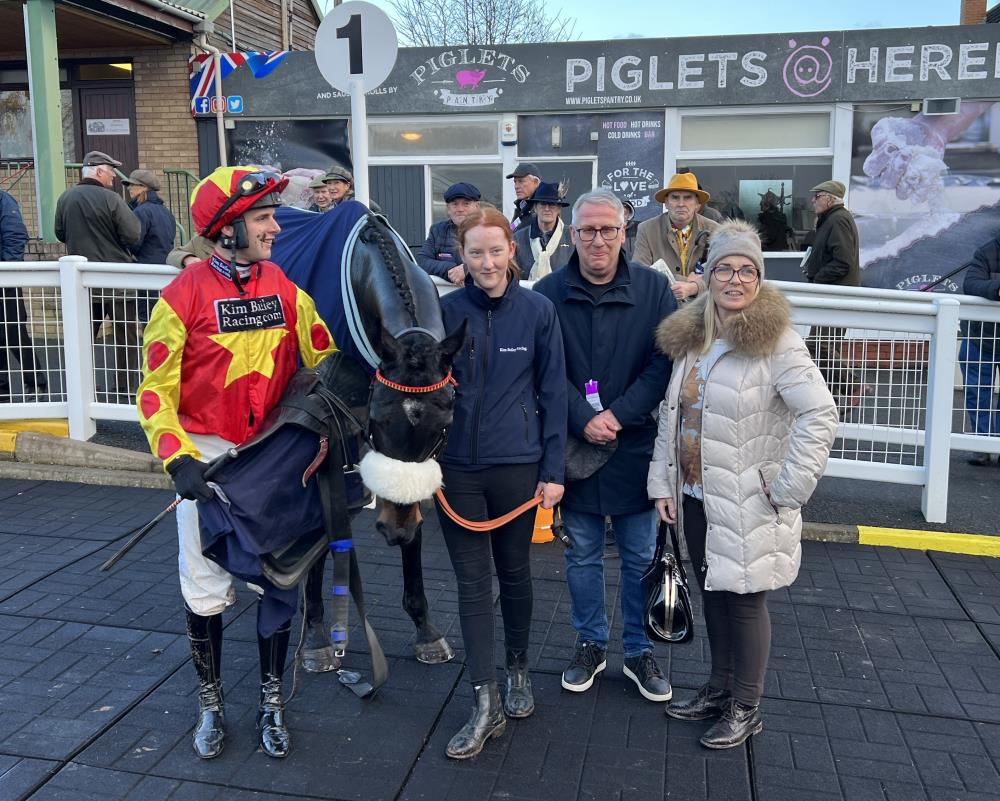 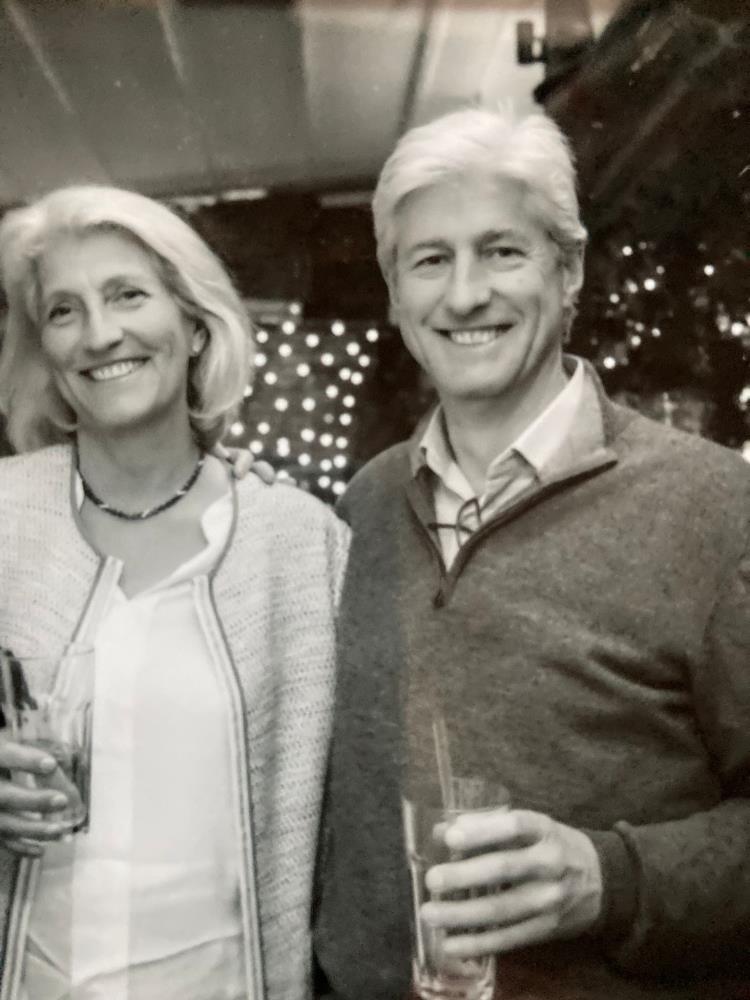 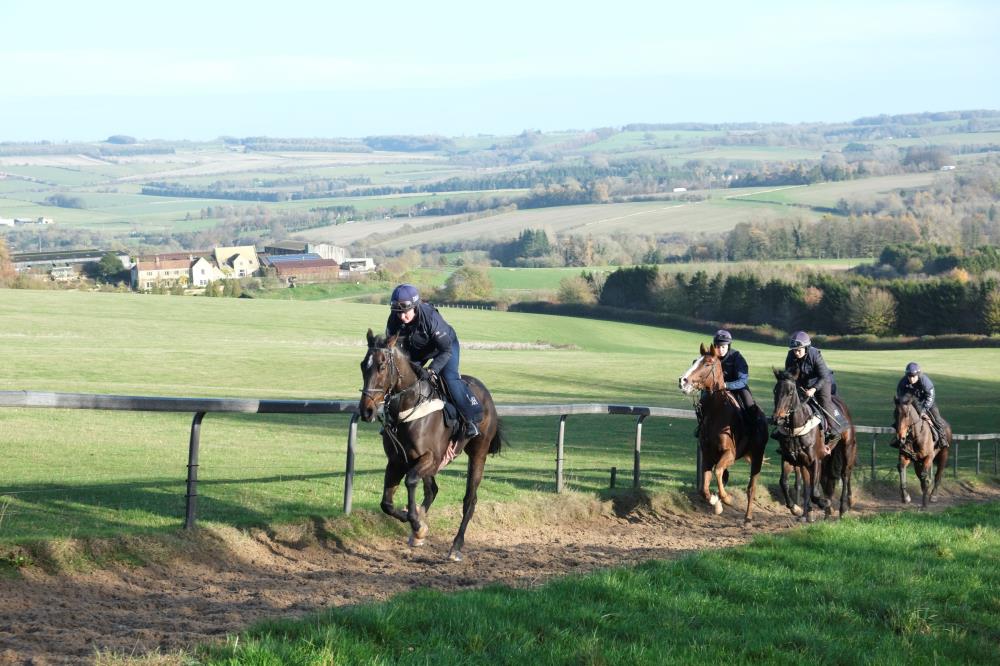 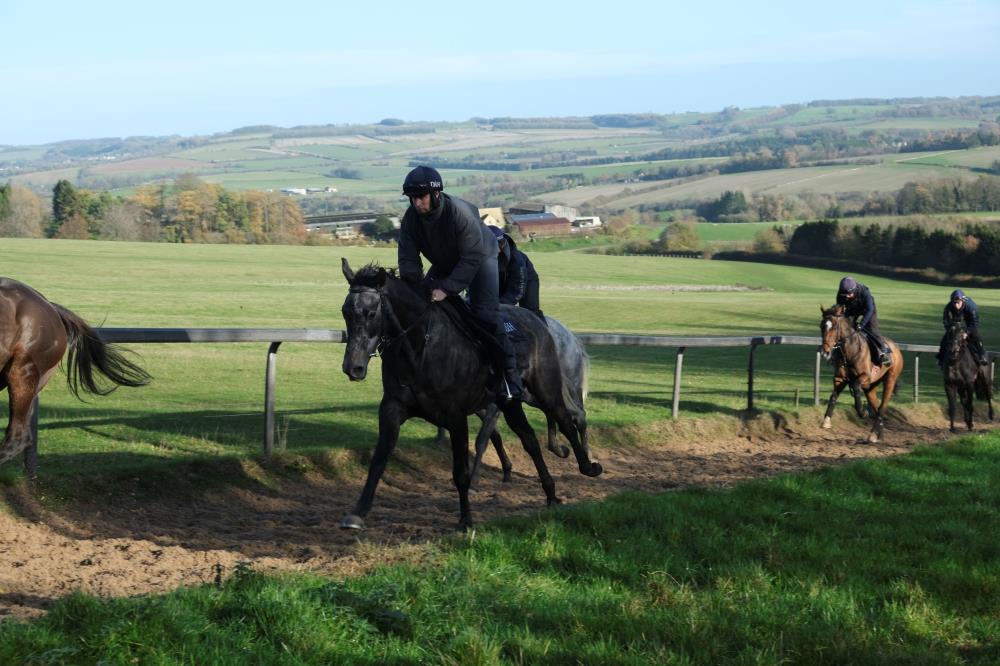 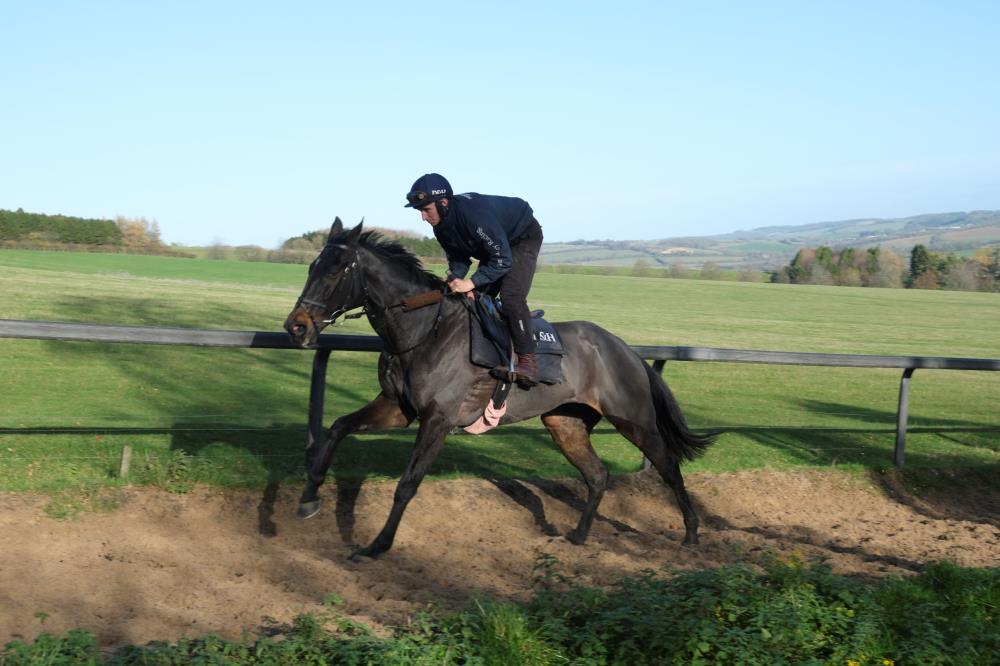