Minus 5 and dry when driving in..

We found it was snowing when drawing back the curtains.. It was not at 3am when I first looked out, but by the time I looked again we had a good 3 inches and more on the way.

Thankful for a trusty 4x4 to drive to Thorndale to say Hi to my first Garde one winner since 1995.

First Flow you are an odd ball, you are a gem, you are a one off, you wear your heart on your sleeve, you are honest, you try and of course you are a Grade one winning racehorse who is loved by many people, especially those who look after you and work with you.

Saturdays performance was electric and I am not talking about my form of transport to watch you.. Before we doubted your ability to win, not your ability as a racehorse, but your ability to show your best on ground that was certainly not as soft as we had hoped ..

David Bass was worried, but he is, like you, a well known trier… and my parting comment to David Bass when Leigh legged him up on you was.. go for it..

You made it to the start with no fanfare from the TV coverage.. they were not really that interested in you.. you were a bit part player as far as they were concerned in a bigger picture of the reining Champion Chaser and his immediate opposition.. you were trading at 14/1, so yes a bit part was excepted of you….

But there is where it all ends as your jockey David Bass trusts you and believes in you, and rather than take the favourite on from the word go, he settled you in second behind Politologue and waited..

Heading down the hill on the far side you were still enjoying yourself, travelling happily in second place and then you gained a few lengths at the second down hill fence and the vibes from you set David Bass alight.. He too sensed that you were ready for the big day.

The pair of you flew the next and landed upside Politologue and you eyeballed each other, as did David Bass and Harry Cobden…

It was time to show the world that you stay strongly and that you could teach the old guard a lesson or two..

I am not sure how it must have felt for you but watching you surge clear with only 3 fences to go had me dropping my coffee in the huge empty grandstand to start shouting in disbelief..

You flew round the home bend and you were not for stopping and you flew over the last and to show off, you accelerated up the run in to win by 7 lengths..

Gasping for air I nearly fell down the steps in haste to see you..And then the phone starting ringing and pinging.. You and David Bass had given all at Thorndale that great Grade One moment..

No fanfare, no crowds, just a phone call to a very happy owner in Tony Solomons.. and then David and I posed for pictures with you, and then in disbelief we were ushered inside for interviews while you headed off with Stevie and Leigh for a wash down and moment to reflect on what you had just achieved.. Greatness..

No celebrations and the drive home was all talk and then a chance to recharge my car batteries at Membury service centre gave me time to reflect..

Mrs B rang and said it would not be a good idea to keep my pledge for dry January and however much I might like to think I am strong willed… Chateau Talbot 2004 was waiting.. How could I possibly drink water..

And a chance like all trainers do..watch their horses winning replay..

Staggering was all I could say.. It really did dawn on me what a fabulous ride David had given First Flow.. Yes of course I knew, but watching again it was something else.. Mad, stupid, brave, call it what you like, but it was magical and I am so pleased for David as he has been such an important part of Thorndale for the last 6/7 years..

Like his riding style or not David Bass tries.. He like First Flow wears his heart on his sleeve.

It was a huge day for all at Thorndale.. Mat Nicholls my assistant and right hand man, George Savill my head lad, Stevie Broadhouse who looks after him and Leigh Pollard who drove him..

But there are many here who ride him out and love this odd ball who has to do everything on his own.. Ginny Thompson who tries to teach him manners and help his deportment by riding him out 3 days a week in the afternoons.. Yes it is a long list and long story and I am very sorry to bore you..

Big thanks for all the messages, texts, emails, phone calls and John Perriss for nurturing him last summer..

The dream of Cheltenham is very much alive and now First Flow has won six 2 miles chases on the trot.. That alone is a great feat, but to add a Grade one beating the best is the best way to make it 6!

Lastly a big thank you to First Flows owner Tony Solomons who has been loyal to me throughout and had horses every years since my second season..

Sunday morning was time for a interview with Nick Luck and my video to my owners.

Training is a strange world. 2 weeks ago we expected a good day and then Imperial Aura and David Bass parted company.. Chins on the floor and two weeks later...

Best call came from Harry Bailey.. He kept his dinner party in Sydney going long enough to watch.. He then rang me.. Good to hear him celebrating although, at times, it was difficult to understand what he was saying!!

In Jeremy Corbyn style.. I had an email from Scott A after Balleticon finished 4th at Ludlow last week..

'For gods sake get rid of this idiot he has no clue how to ride your good horses totally loses his bottle weak and pathetic as a rider no strength no drive a total muppet do us all a favour.' 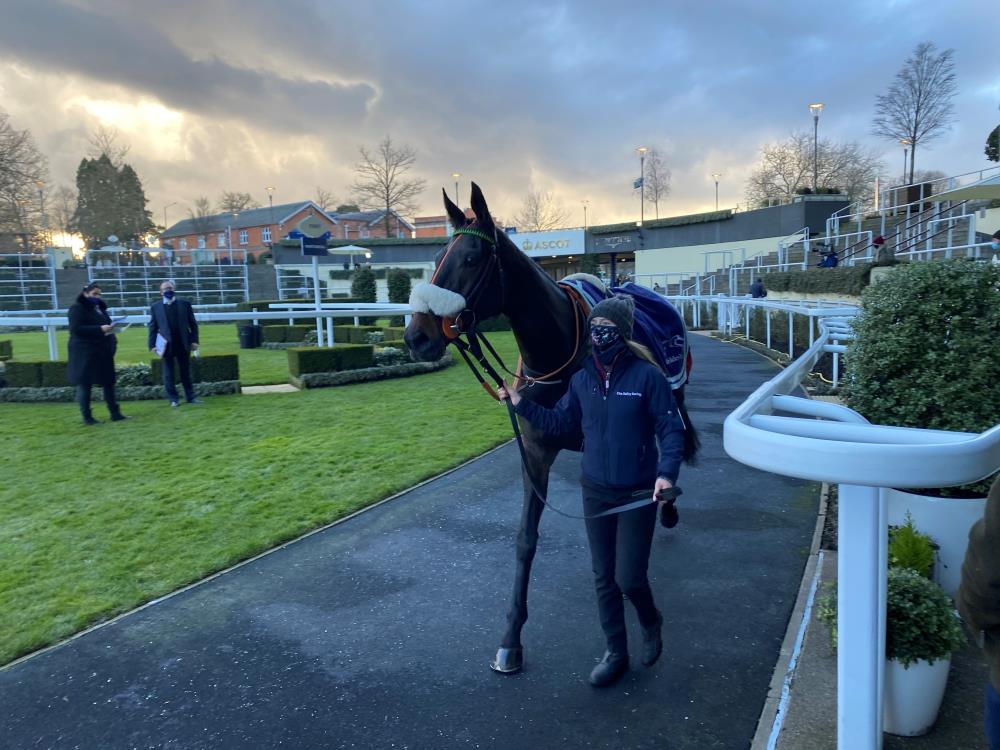 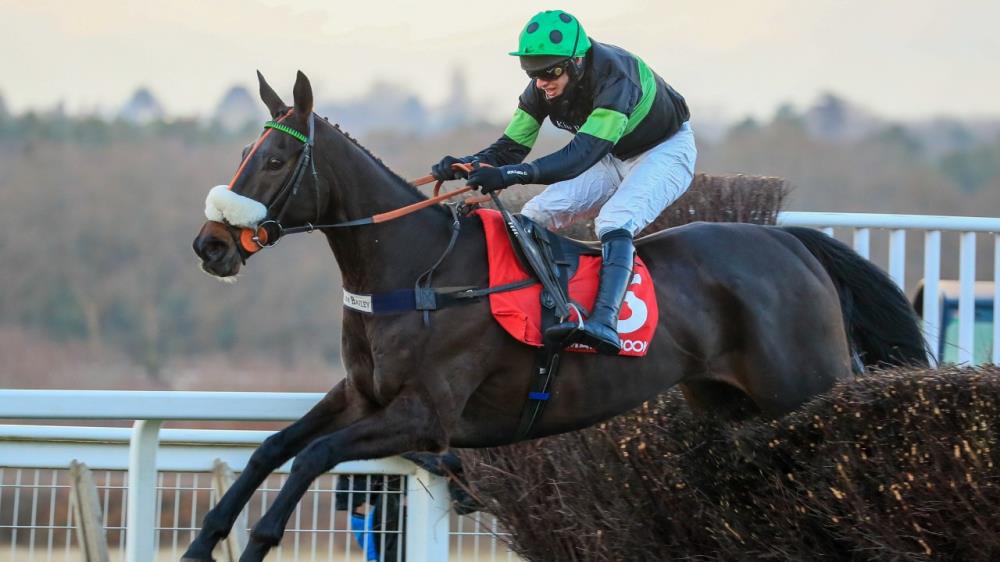 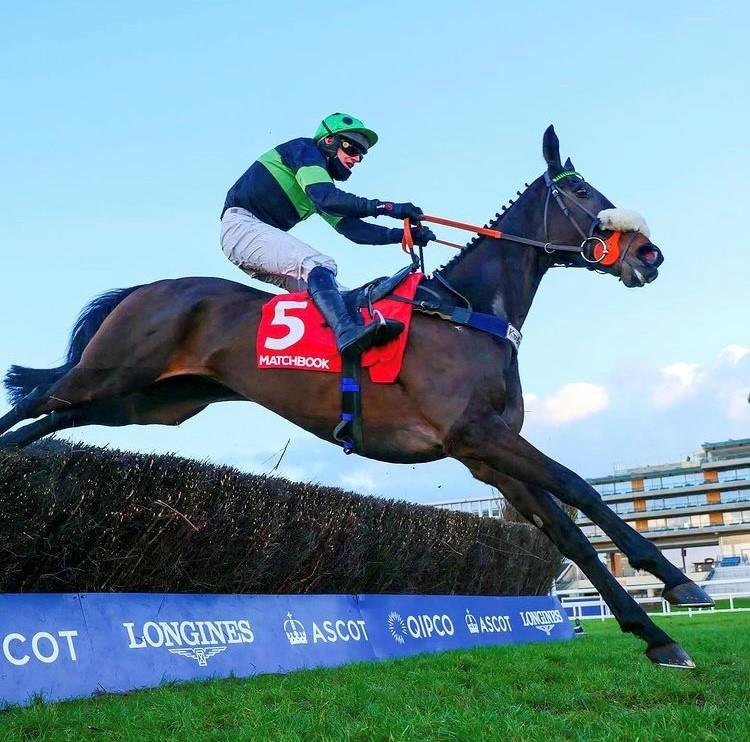 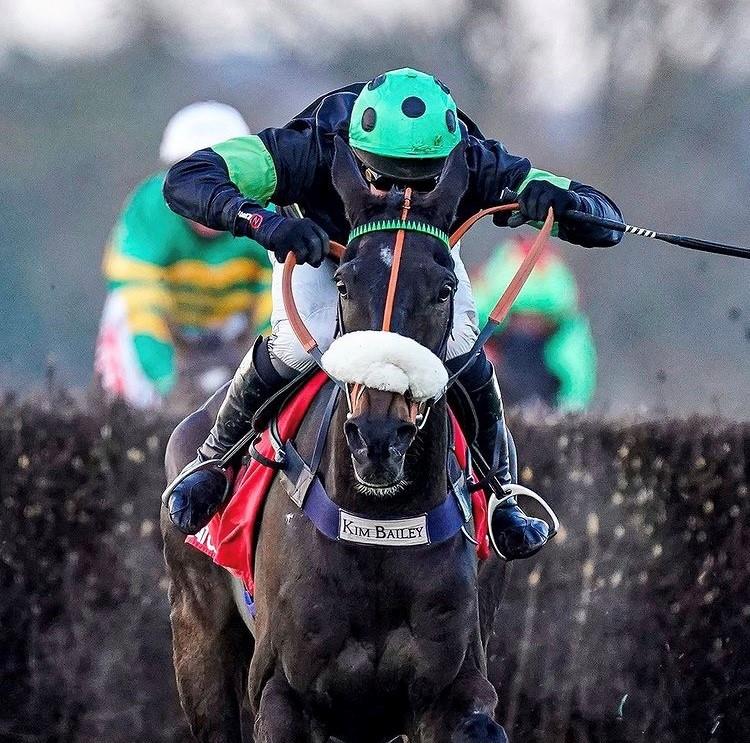 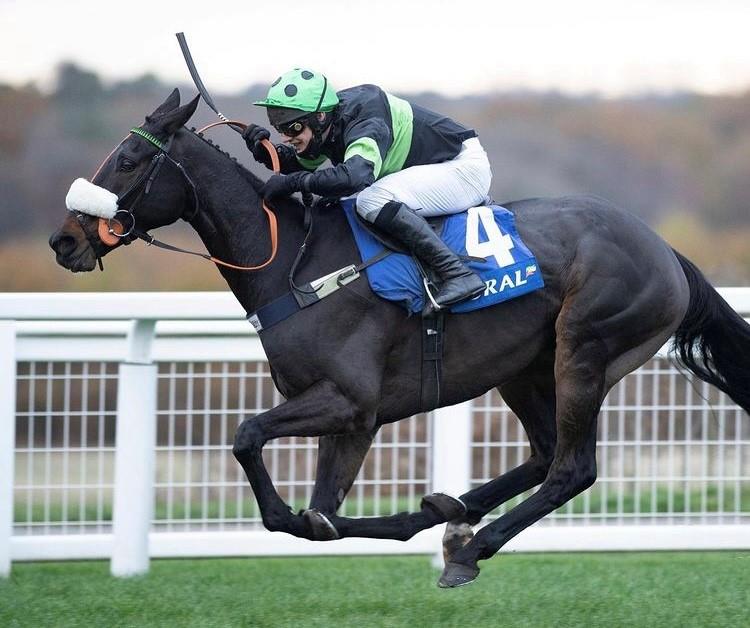 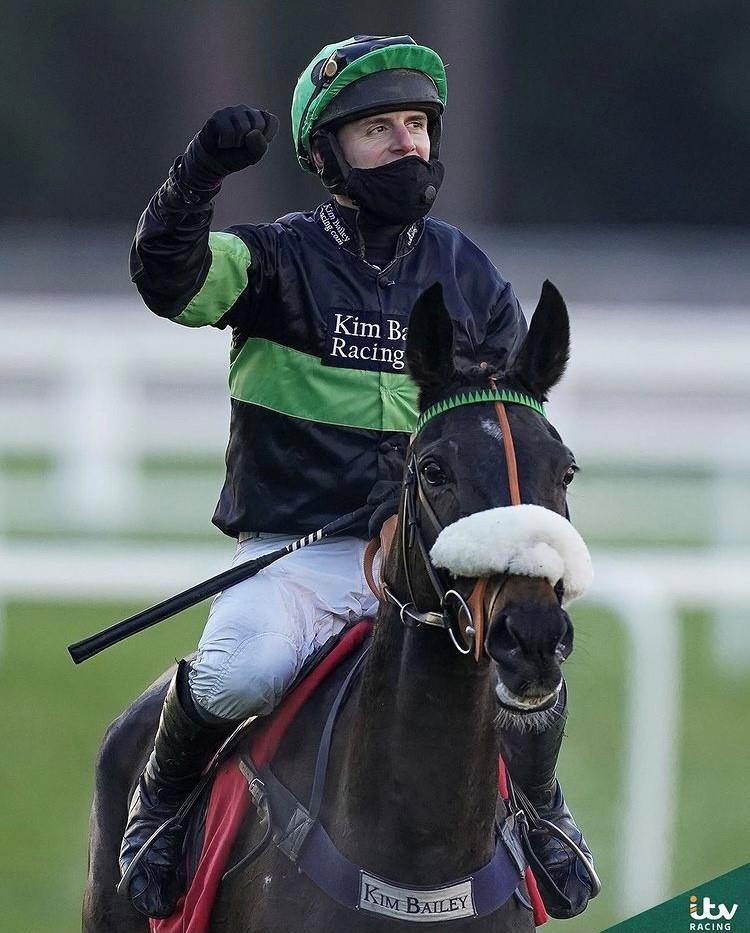 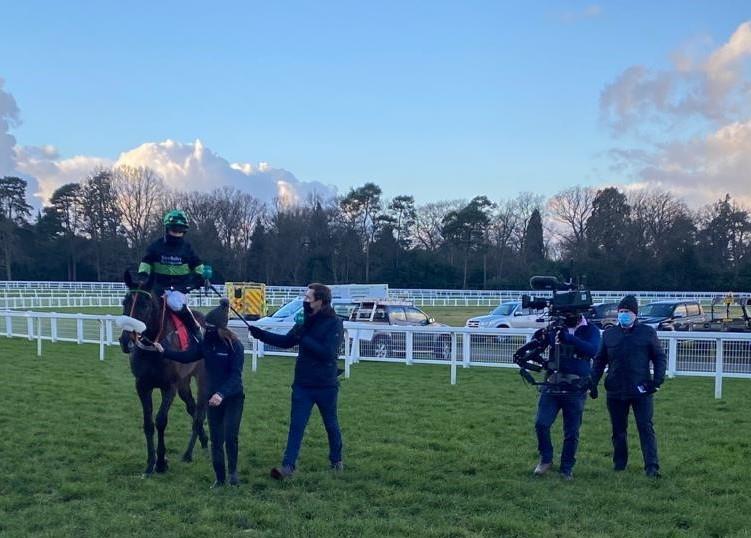 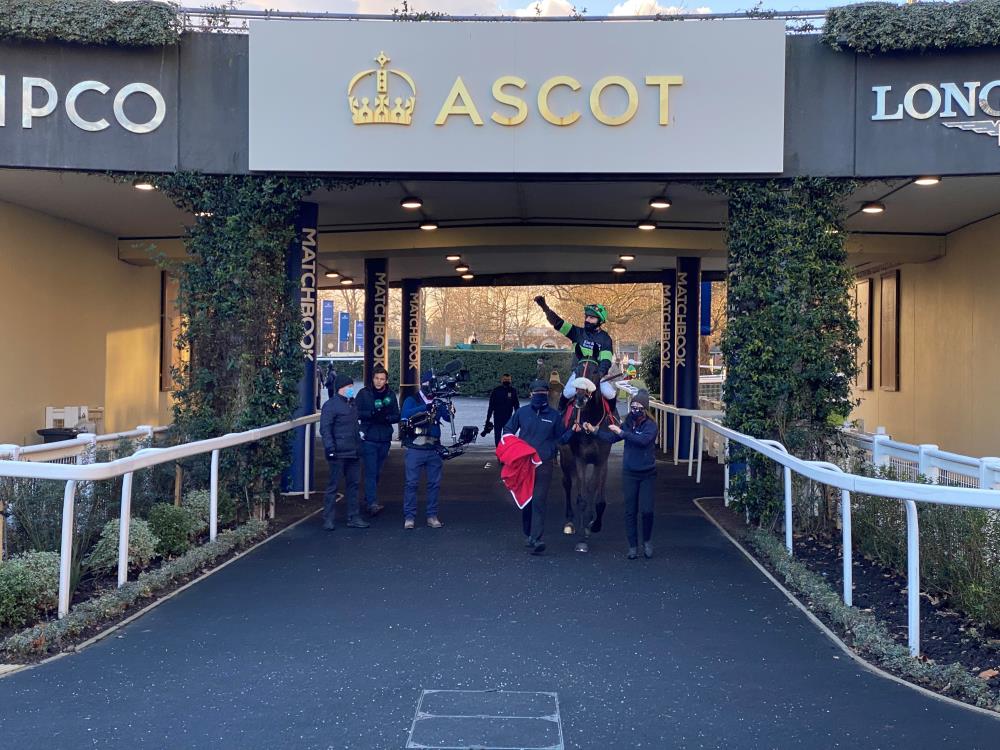 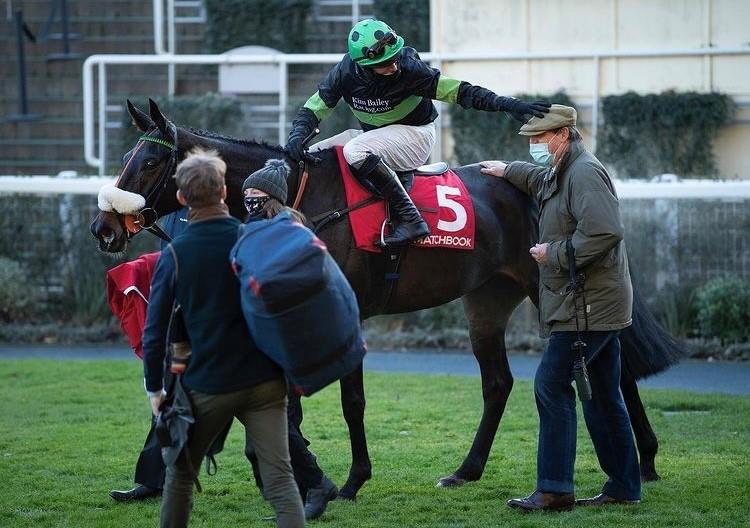 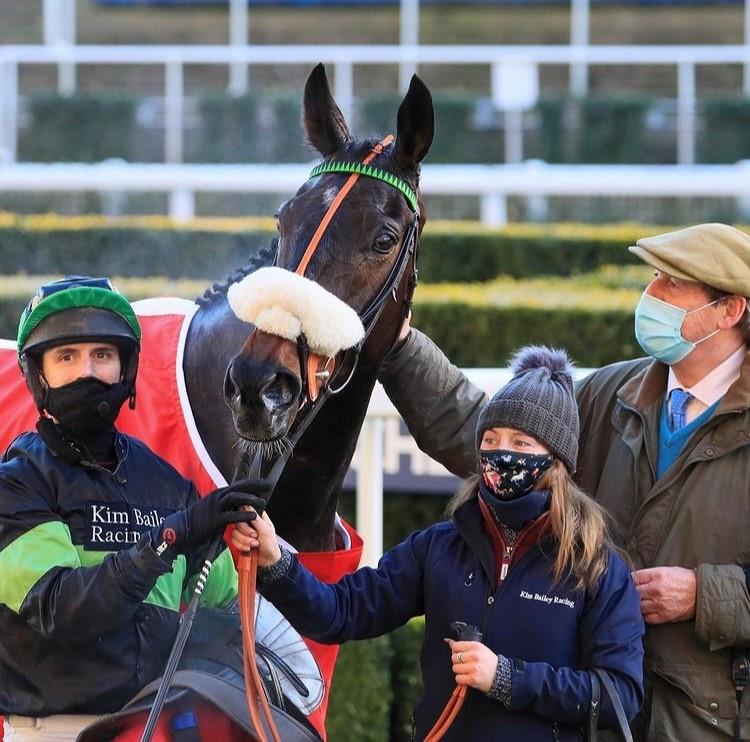 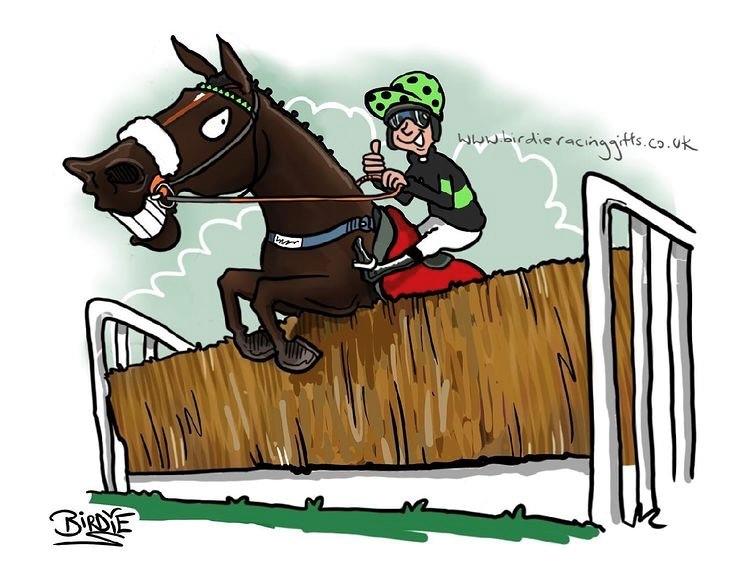 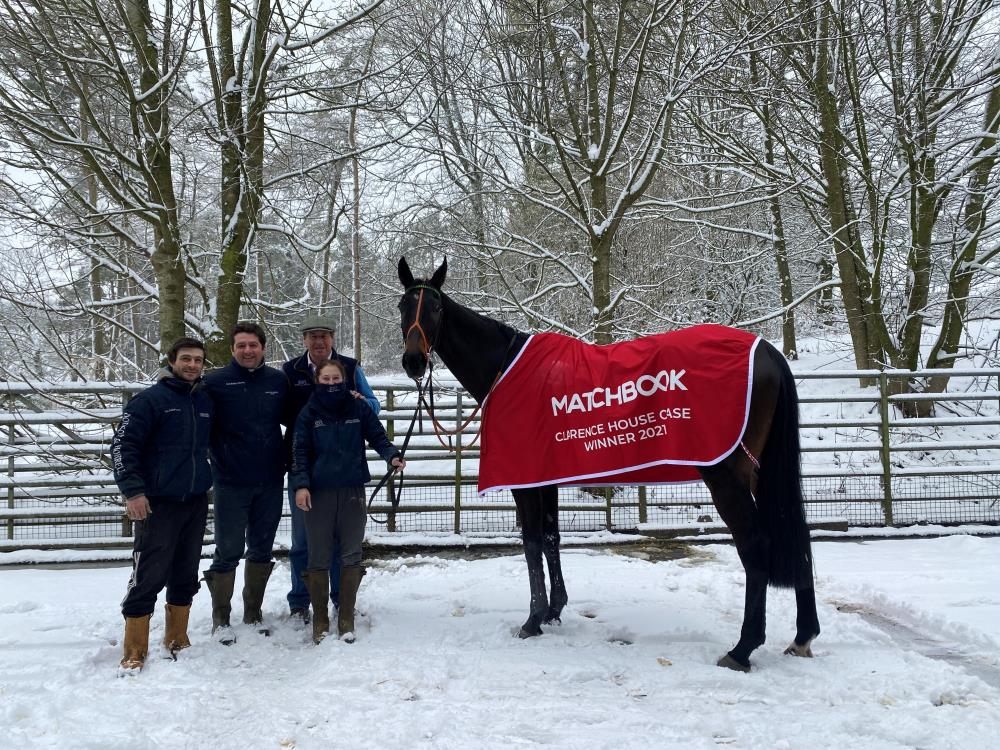 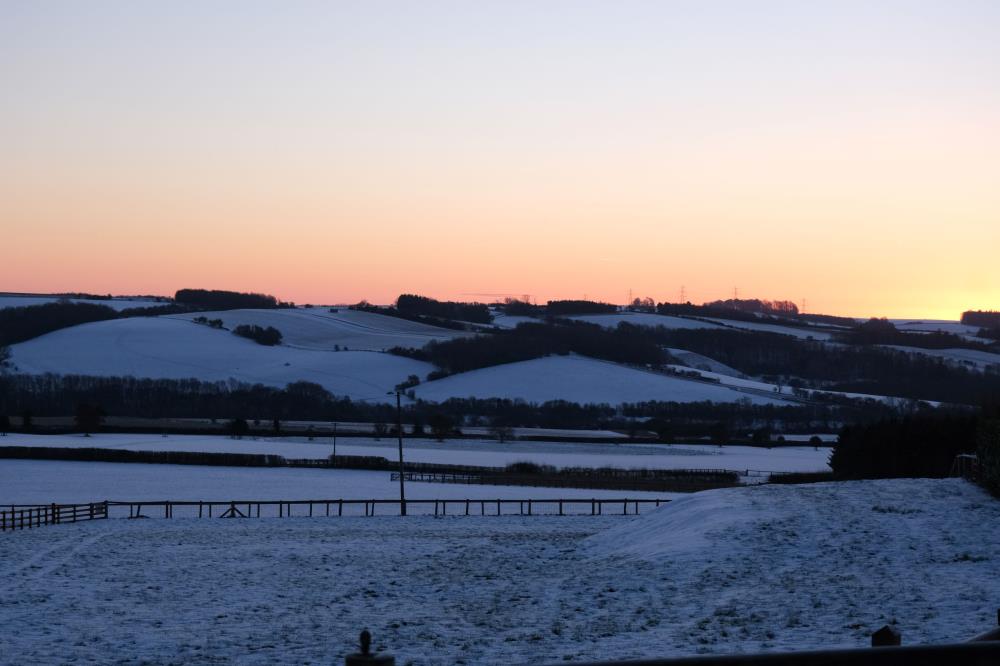 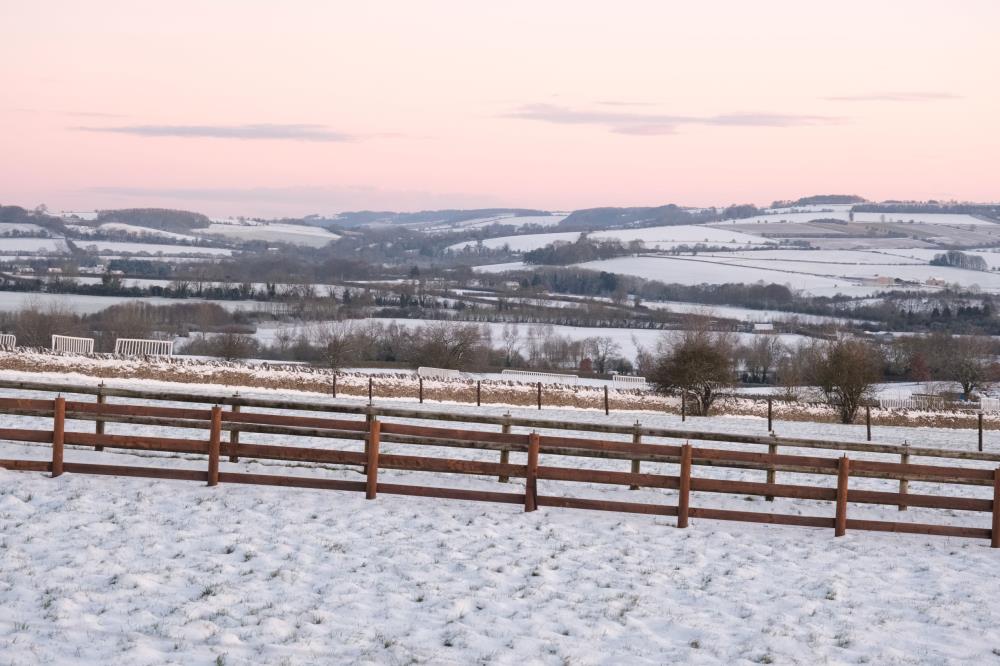 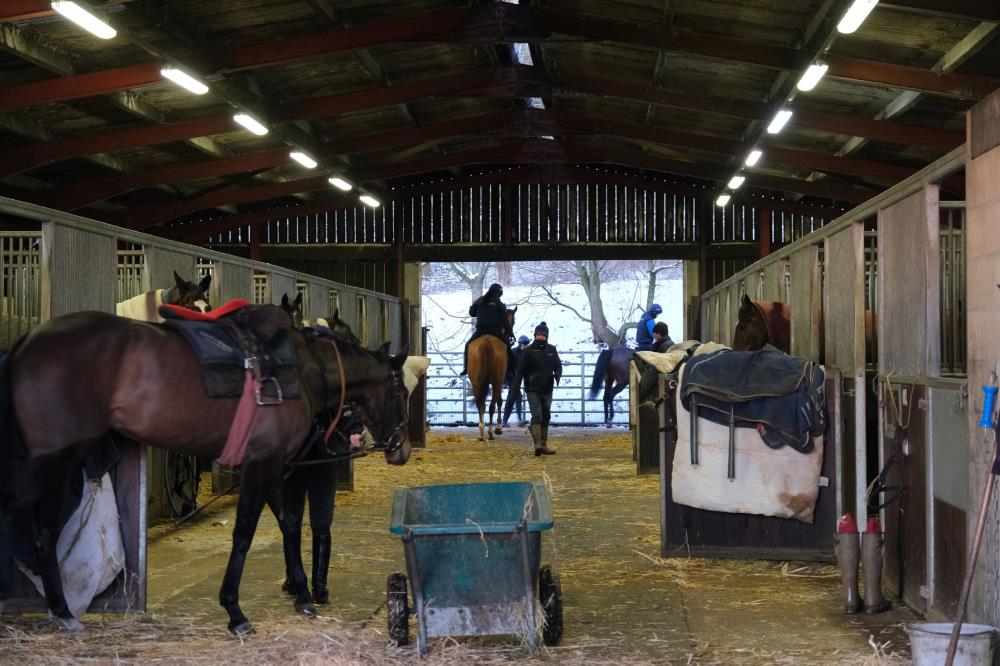 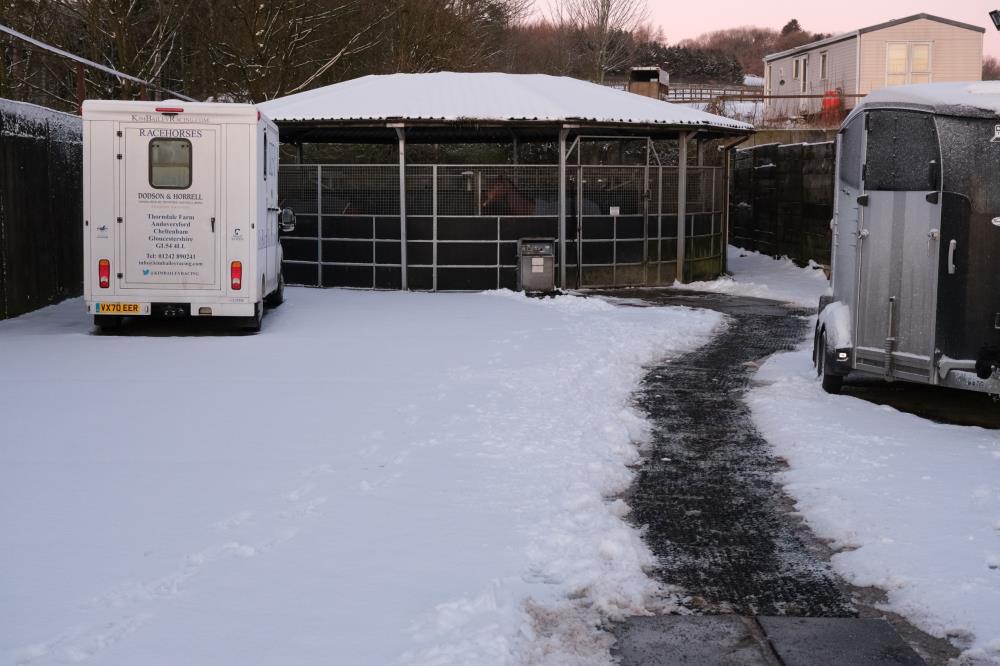 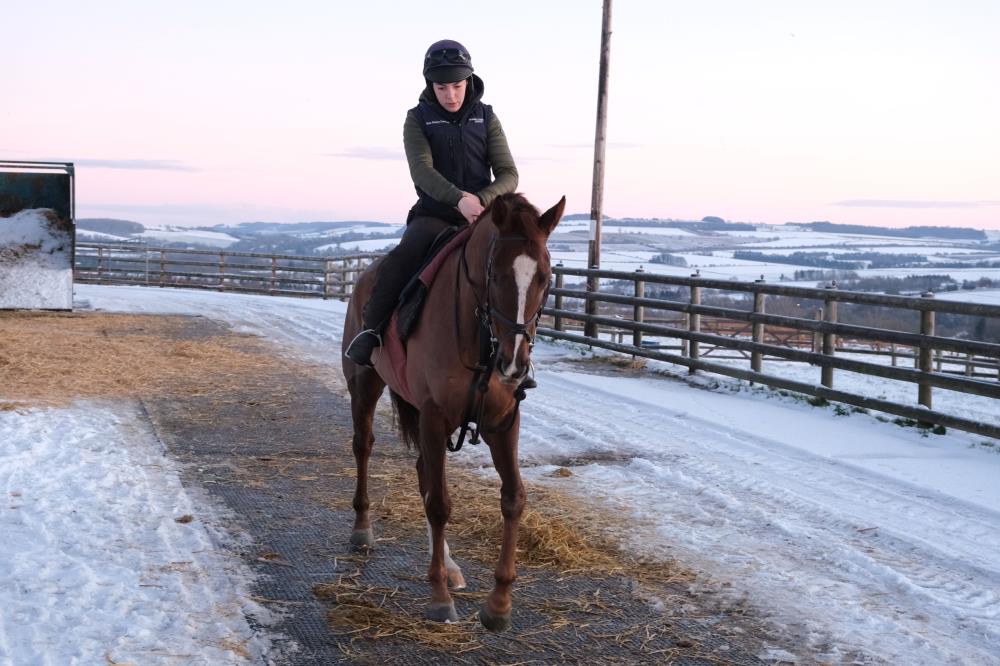 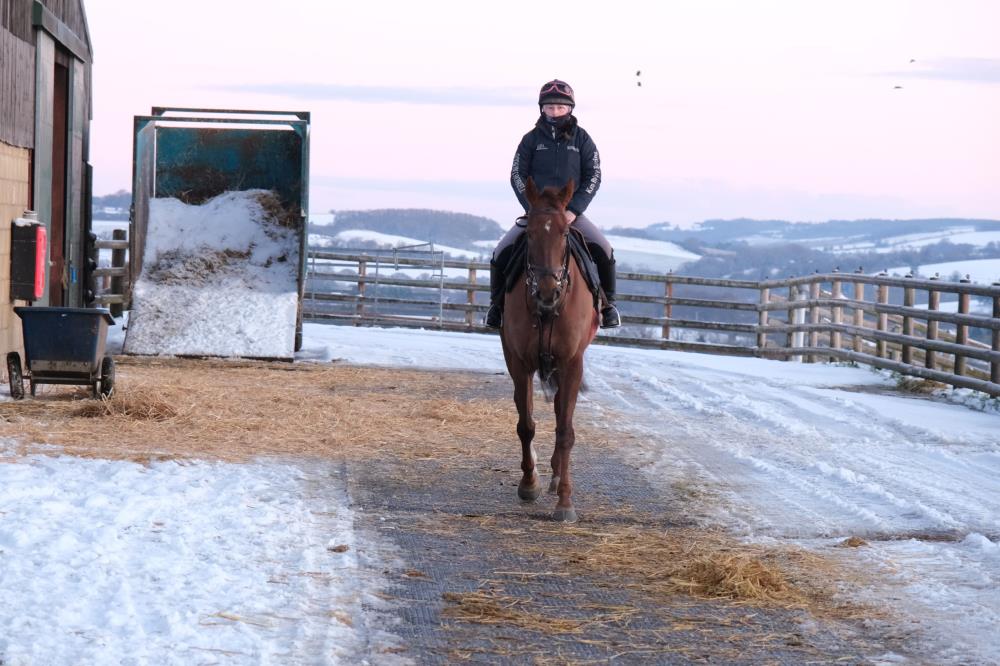 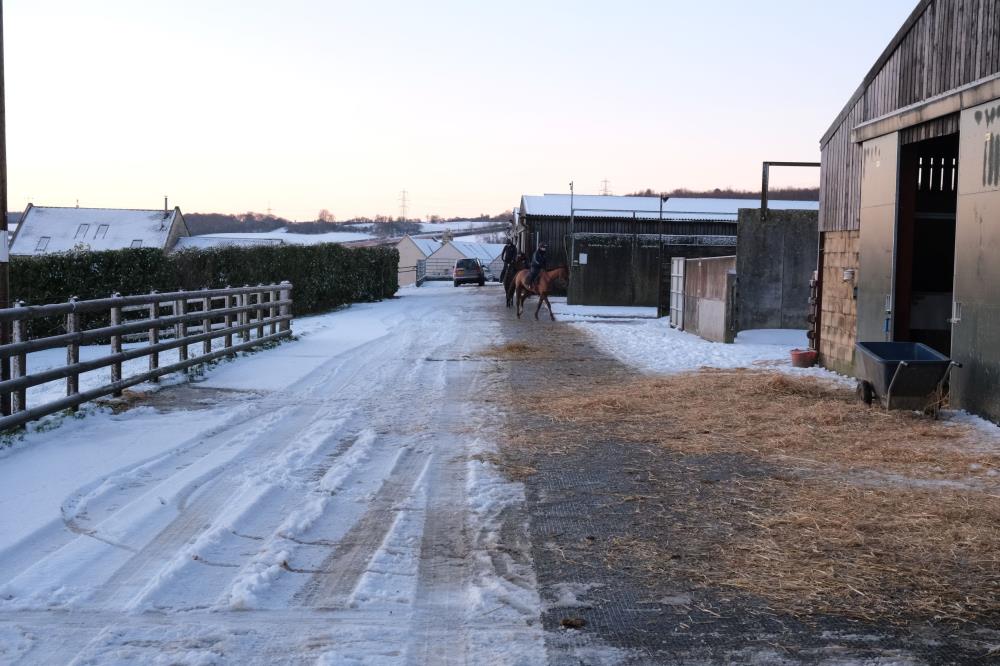 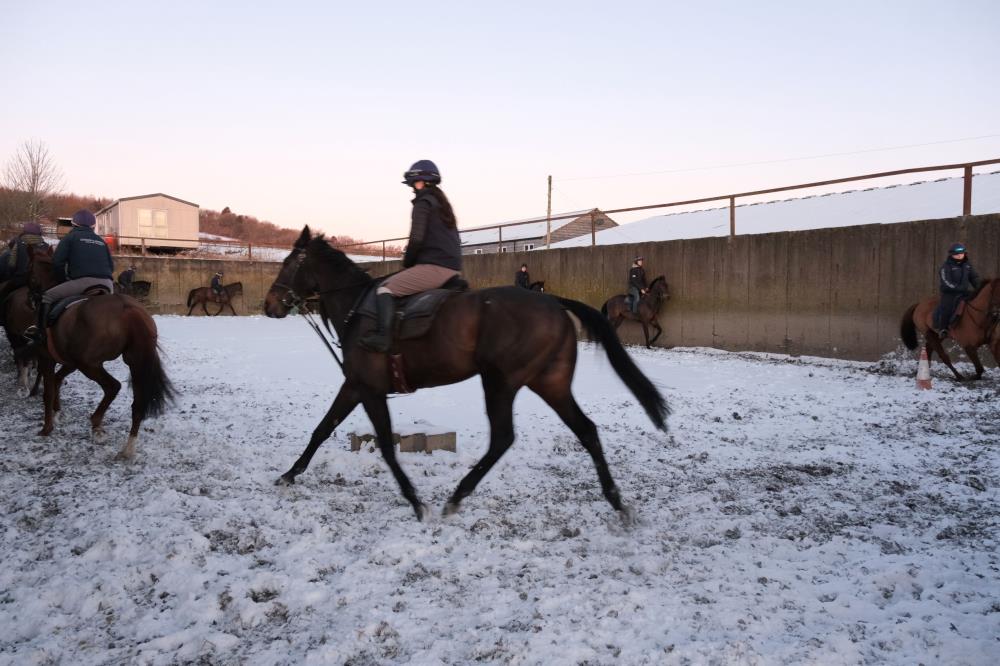