Plus 3 and dry when driving in..

The sun was shining.. yes we like that on early mornings but as from Sunday it will be back to those dark ones for a while.

It might have been a relatively cold night but I was definitely in the tropics judging by my body reaction… Such is man flu?

I go on about Ludlow, but I just enjoy racing there..

Forgetting the racing for a moment they always have a good crowd and they host man charity days. Yesterday Ludlow were hosting another for the County Air Ambulance HELP Appeal.

They must have had the best part of 250 people for lunch in a tent and although I was not there for the lunch I did bump into many old faces.. Marek Kwiatowski, Patrick Bailey (no relations as he reminded me yesterday), Andrew Bengough and even John Webber was hosting a table.. John has shares in Un Ace and Mor Brook..They all looked like they had a good day.

As did my owners, The Lucky Nelleries, although they did not win with Ascotdeux Nellerie they saw their horse run well and were pleased that the was no recurrence of the broken blood vessel that stopped him so quickly at Doncaster. Ascotdeux Nellerie finished a fast finishing 3rd and in another 5 strides he would probably have finished in front.. Something I suggested to his rider David Bass… one all David I feel..?

Down at a wet and misty Chepstow Silver Eagle finished 3rd as well, but not so fast finishing.. In fact his rider Tom Bellamy was the opposite to DB as Tom picked up a 9 day ban for hitting SE too often.. SE was never travelling and looked very idle. Personally I believe he could not breath on the rain softened ground, but even so it was a bad race and he should have finished closer.

SE has probably lost some confidence when running over the winter on that sort of ground.. he has had wind problems in the past and has had operations and he just could be worried about it.

There never used to be racing today and as one who was always opposed the idea of it I am now heading to Lingfield for the All Weather Finals day with Sunblazer. Probably two things I never thought I would be doing?

We are having a family day out as Archie loves Sunblazer and is keen to be there to watch.

What a revelation Sunblazer has been this winter.. Surely he cannot win today.. £150,000.00 added race! For my thoughts on his chances please click here.

I did yet another course walk with Richard Farquhar yesterday at Ludlow, it was his last jump meeting.. (somebody even congratulated me on all my walking ,.. they mistook me for Richard.. not sure he would have been that pleased?)  Anyway Richard is walking Lingfield  today and Norman Carter, Sunblazer's enthusiastic owner has pledged 10% of his winnings if his horse wins this afternoon..

Jockeys Tom Bellamy and Richie McLernon were in this morning for two lots.

This is an old one but at least many Ladies will be playing golf as the sun is out and it is Good Friday.

Three Ladies are playing the fourth hole at Royal Shipton Golf Club when a naked man wearing a paper bag over his head jumps from the trees and runs across the green.

The three ladies stand in awe at the size of his manhood.

The first lady says, 'He is definitely not my husband.’

The second lady, gazes at his manhood and says, 'He is not mine either.’

After a very considered inspection, the third lady finally says, 'He's not even a member of this club. 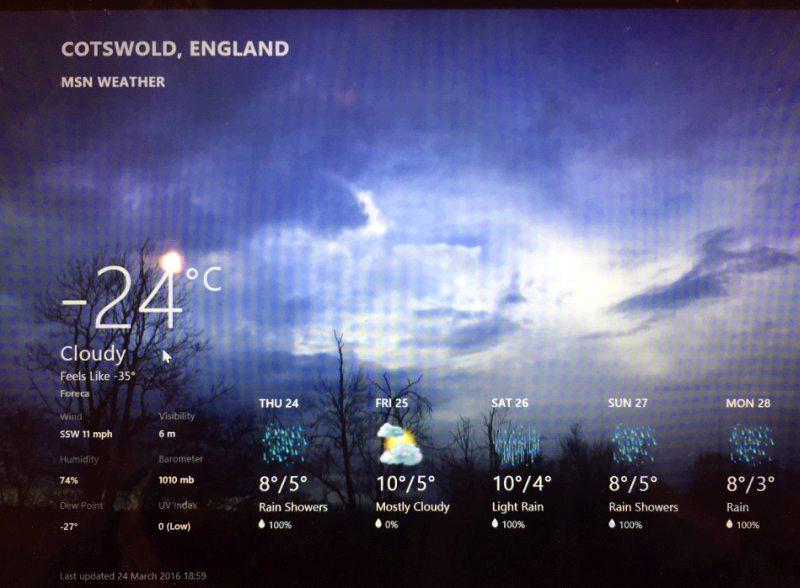 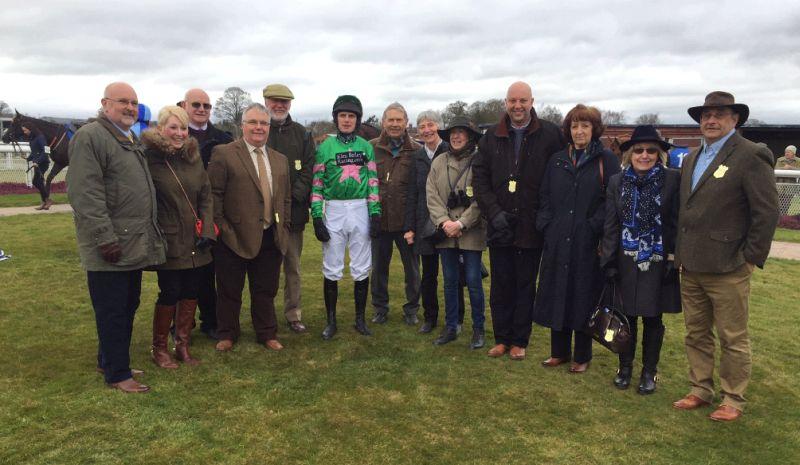 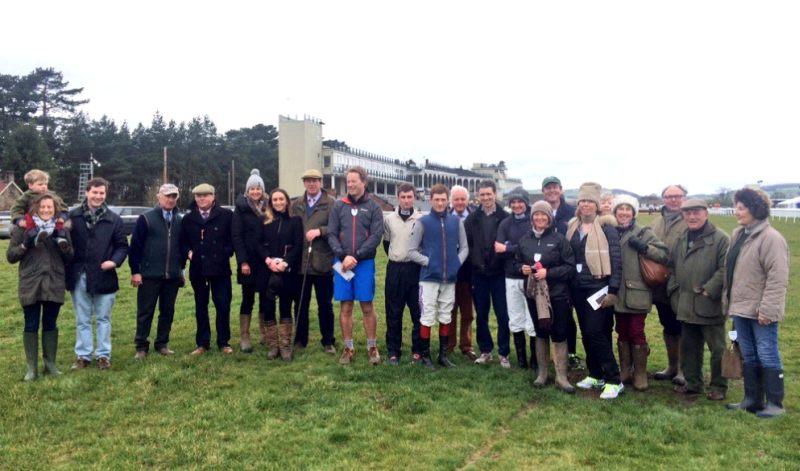 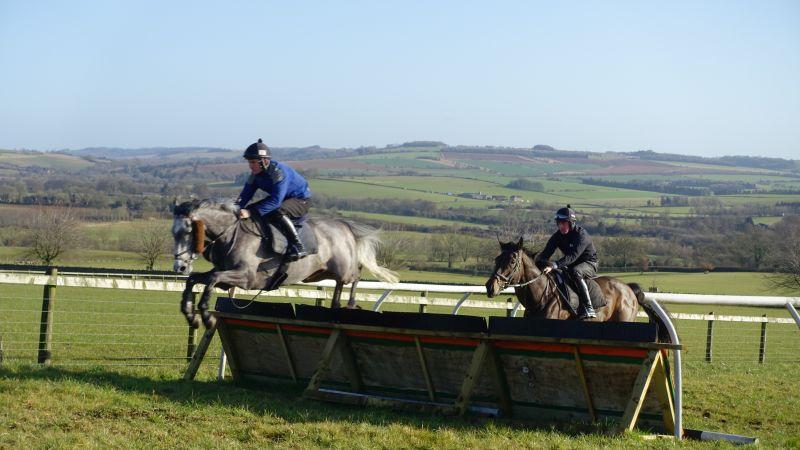 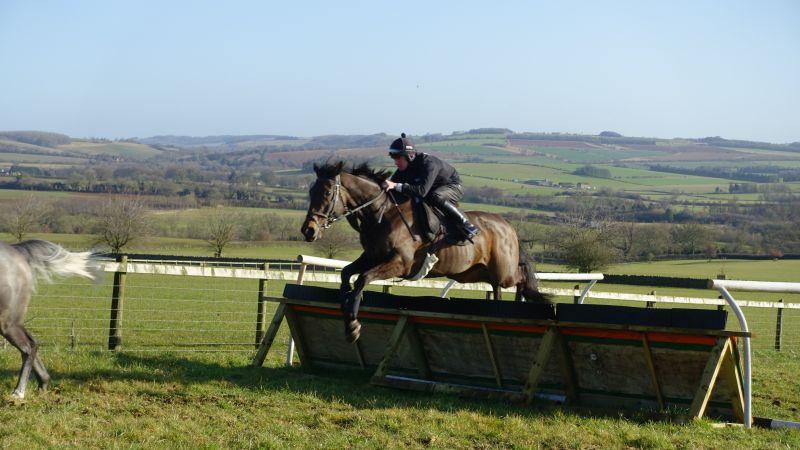 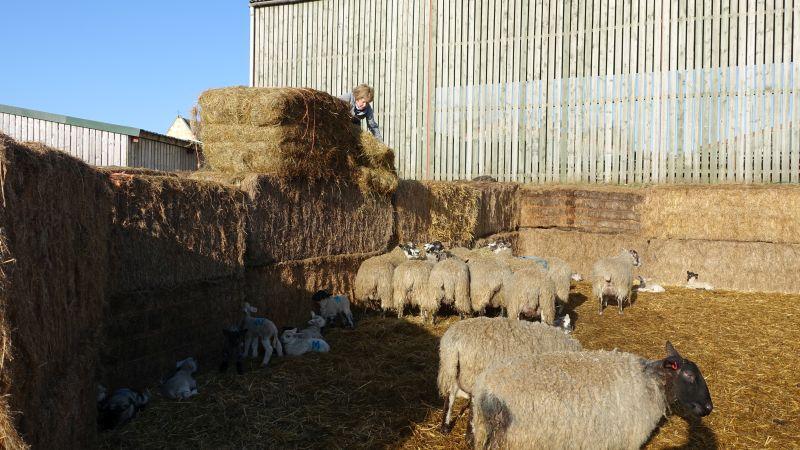 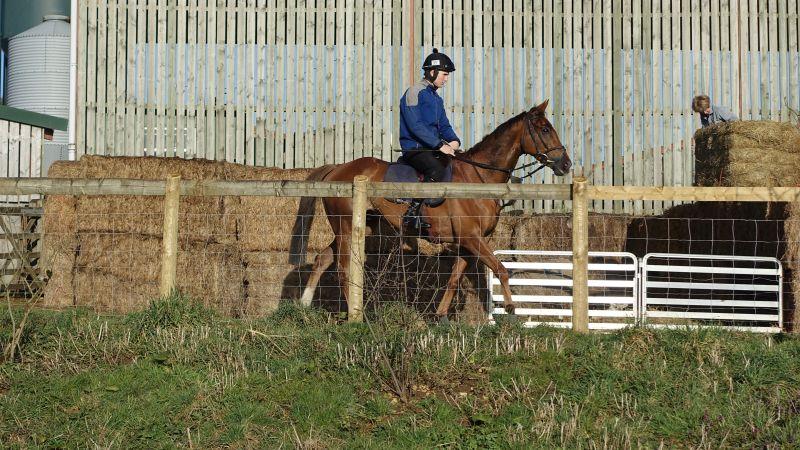 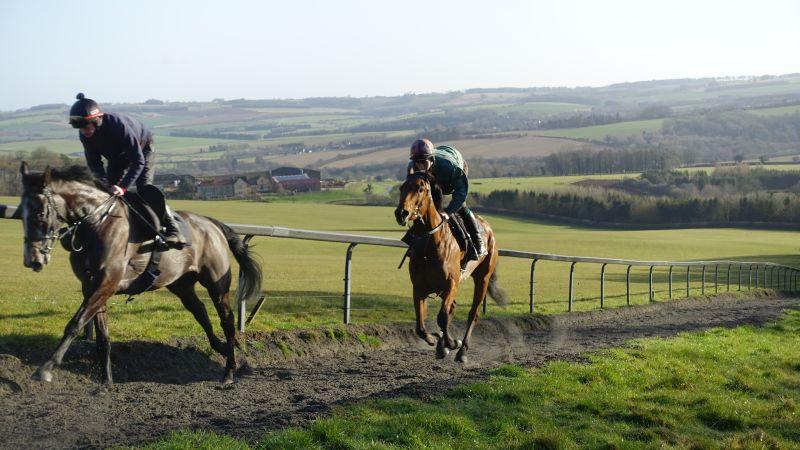 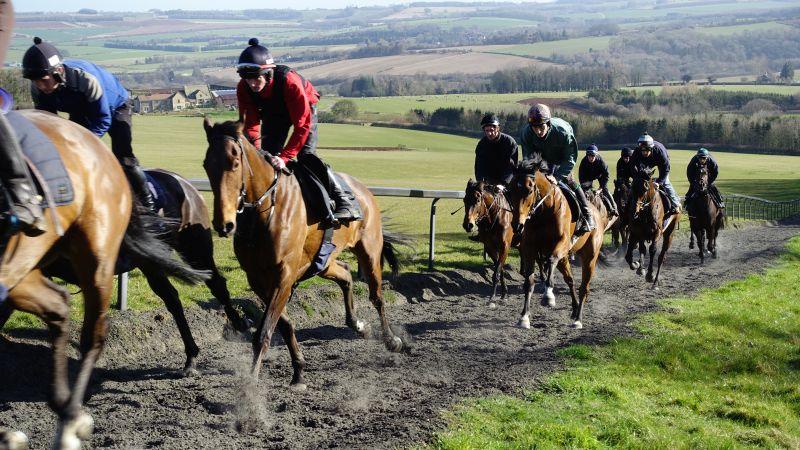 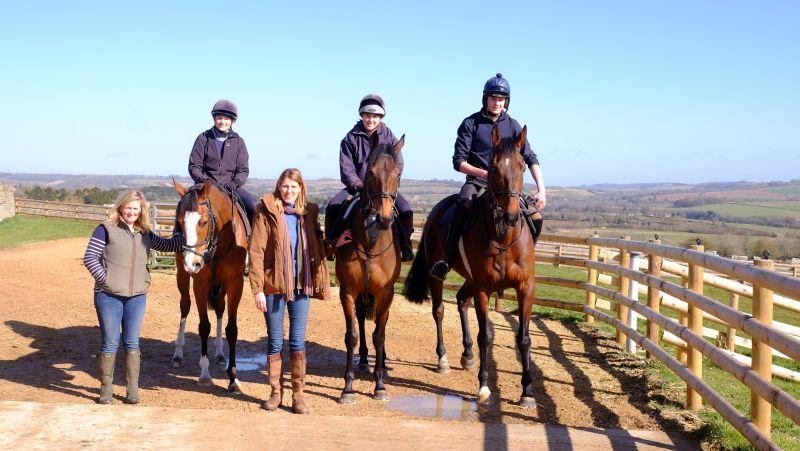