Yesterday..Bank holiday Monday at home. 25 degrees .. BBQ and zoom chats with some very 'old friends'..I raised many a glass to celebrate..

Exciting for those flat trainers who will be making thier first entries .. Newcastle all weather starts on June 1st..Hopefully.. entries close today..

Sandra Steer-Fowler who has Miss Gemstone here has kindly taken up the mantle of the Kim Bailey Racing Community spirit..

Over to you Sandra..

'I guess you could call me a girl with a BIG dream.

From a dairy farming non horsey family it took me a good long while to persuade my parents to let me have a much longed for pony. I had only ever sat on a donkey at the beach, and once took a retired racehorse for a walk believing it to be a friend’s horse when in fact it belonged to another farmer. My parents certainly would not have wasted money on lessons!

Once I had the green light I had to get my pony quickly before they changed their minds. I was 11 years old and clueless. I searched the equine section of a weekly West Country paper, an advert jumped out at me: 14h, 2yr old, Grey Arab Colt. My heart fluttered and off we went to see him. It was of course love at first sight. He was beautiful. I could not believe my luck. We bought him and took him home.  A simple straightforward life soon turned into complete chaos. He was a lunatic but to me he was adorable. On the advice of my best friend’s dad, a vet, we soon had him gelded. We quickly bonded. After a few weeks my grandfather got me a saddle and bridle, so on one sunny afternoon in my parents back garden I hopped on and off we went. Blind leading the blind! Cuts, scrapes and broken bones later I learnt to ride and sit tight.

Being an Arab he was quick. He could jump and so within no time I thought I had all the right skills to become a jockey. That never happened but my love of horses and my new favourite pastime of following racing soon became an addiction.

Moving on I met my husband Martyn some 39 years ago. On our second date (we got serious pretty quickly) we wanted to know all about each other. Martyn was the most organised, driven (in a nice way) and ambitious person I could have met. He was enjoying telling me all about his future dreams and aspirations. His 5 year, 10 year, and 20 year plan. I sat kind of listening , my mind more on what might happen later that night than in 10 years time!!

Then it was my turn.  Laid back, romantic, dreamy, get-by by the skin of my teeth kind of girl. I had no real plans but I had one big dream. I want to breed and own the winner of the Cheltenham Gold Cup says I. Simple. I could see Martyn (non horsey back then) think ....is that it?!

Moving on 24 years, marriage intact, 3 grown sons, I decided that the time had come for me to pursue my dream. We meet Kim. It was through an advert that Kim had placed in the Horse and Hound that I acquired my first brood mare. The advert jumped out at me! A weird way to get into bloodstock!

We collected the mare from Preston Capes. During our visit Kim asked Martyn what he knew about horses. “Nothing” Martyn replied. Kim’s advice was “don’t blame you ... keep it that way”!

We warmed to Kim and Clare who was heavily pregnant with Archie at the time. We bought the mare and on leaving the yard I turned to Kim and said “if I ever have a horse who I think may make the grade, you will train it”.

Four years later I rang Kim, who remarkably remembered me and our conversation, in his usual efficient way. I think I have a horse! Kim drove to Devon, agreed with me, and that was it. We were off! With friends, The Real Partnership was formed, and Real Treasure was our mare.

Thorndale quickly became a major part of our lives. The non horsey family quickly became hooked, and from that day we have enjoyed some wonderfully memorable times.

My mother squealing and launching herself at Kim after our first ever win at our local course Exeter. So many family and friends were there that day to support that 36 of us piled into the Winning Connections Lounge to celebrate. We drank most of their champagne. They said nothing, but joined in the spirit of the day.

Dear Ed Cookson’s wonder ride on Such A Legend at Kempton was second to none!

A Shade of Bay’s win at Doncaster with AP McCoy on board. Obviously that photo is at the front on the sideboard!

Pulling Power ploughing through the mud at Towcester in a slog to get the better of Happy Diva, who went on to be a very useful mare.

It’s a privilege to be associated with these wonderful animals. So majestic to the eye and so brave at heart. I cry regularly with joy, with pride, with worry and of course with grief. Kim instinctively knows how to handle the highs and lows with an owner. He shares the joy of the win, on occasion with a tear in his eye it means so much. But he delivers the bad news with genuine remorse as he understands the heart wrenching pain.

I have obviously learnt to accept that winning the Cheltenham Gold Cup might be in the life beyond this, but it matters not. It’s so much more. Our Real Partnership is our racing family of very special people. The time shared at home with our family talking and reliving racing moments. Being able to look out the window and see our next star grazing happily in the field. I am a true hand’s on owner-breeder. How lucky am I? Well it doesn’t really get much better!

Martyn has ticked off and achieved most of his dreams. Mine let’s say is ... work in progress!

Thank you Kim, Clare, Mat and all for everything.

I look forward to my drive up the M5, horsebox in tow for the start of the new season. Watch this space!

Many thanks Sandra.. I will try and achieve your dream.. Work in progress as they say... 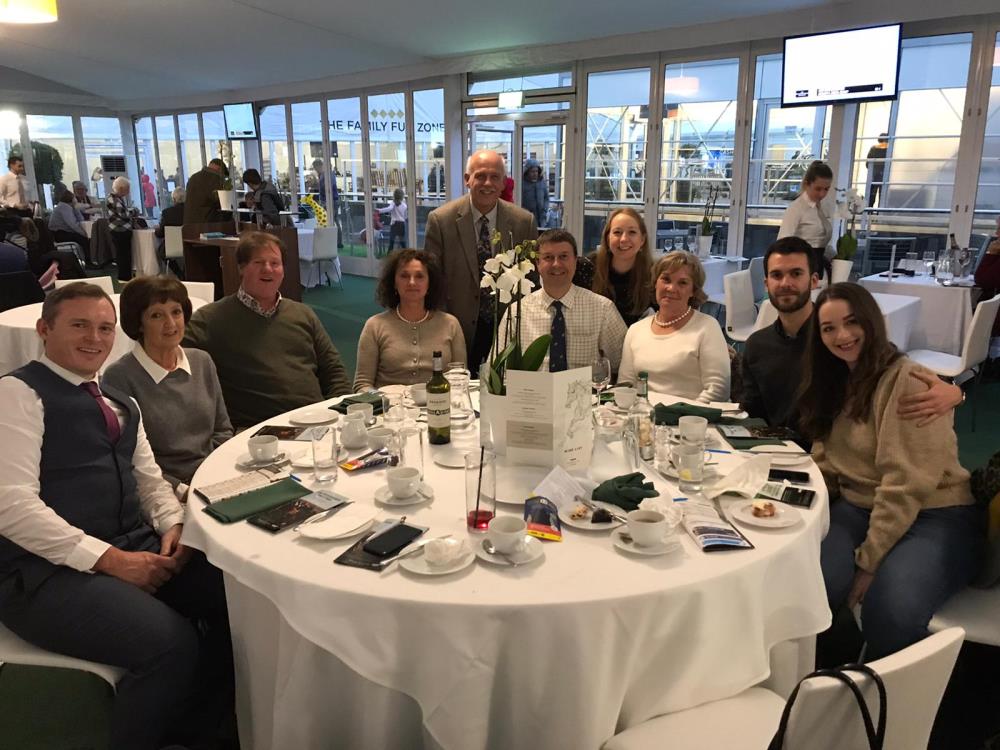 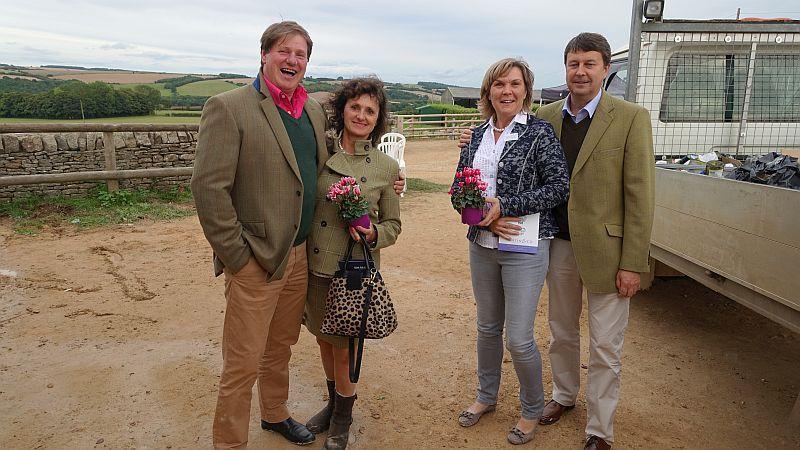 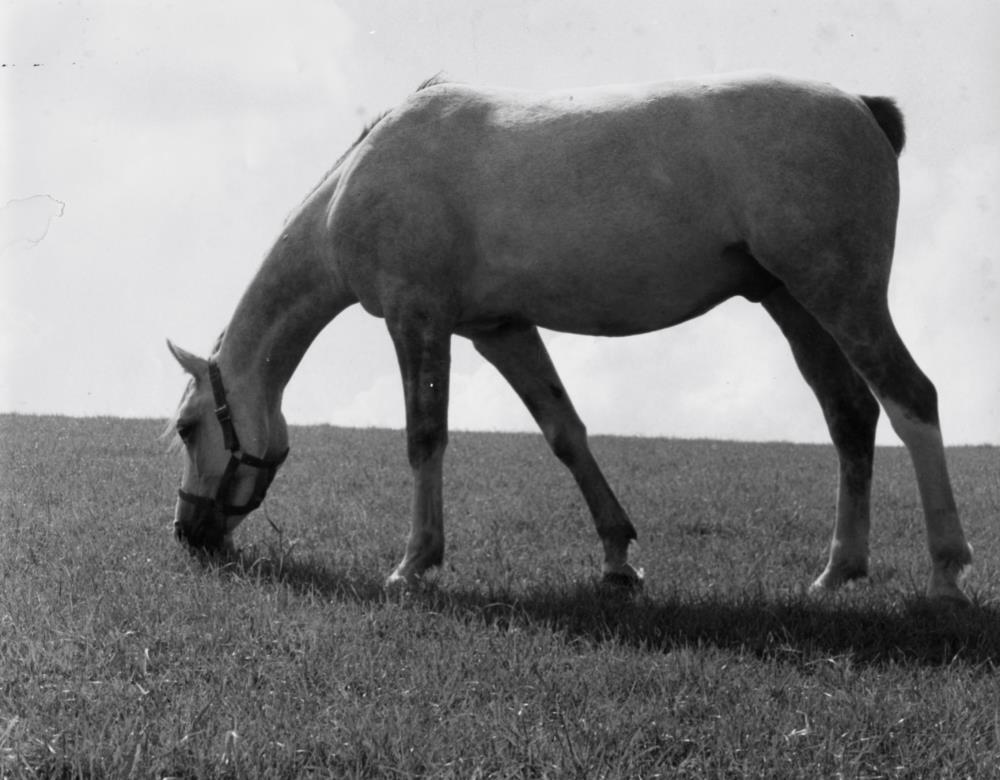 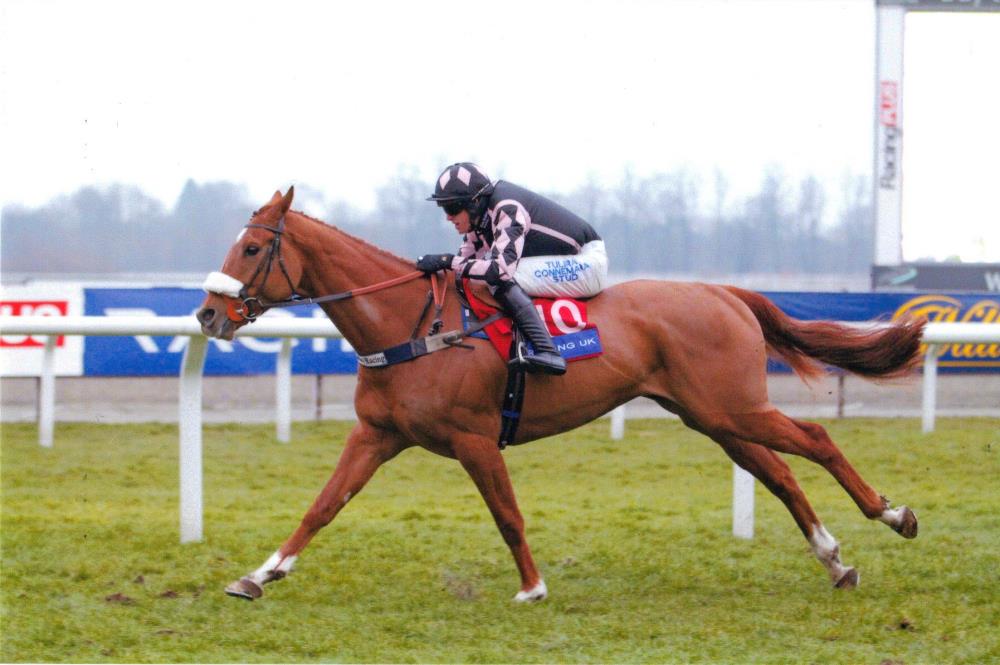 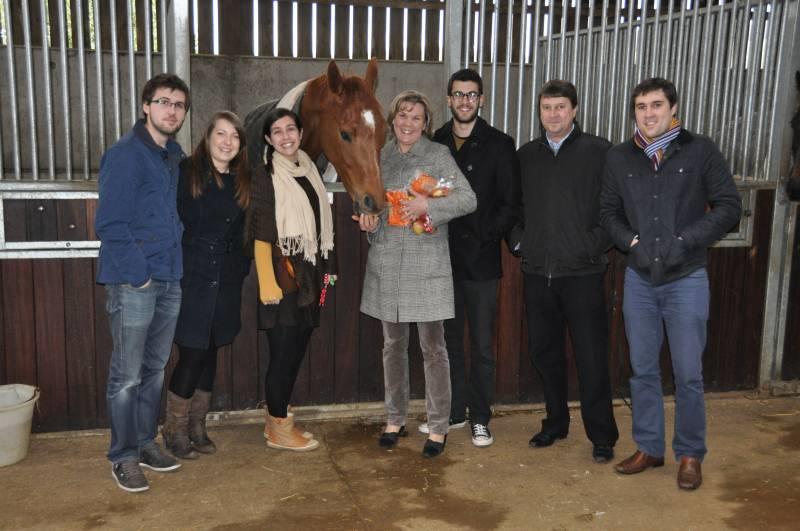 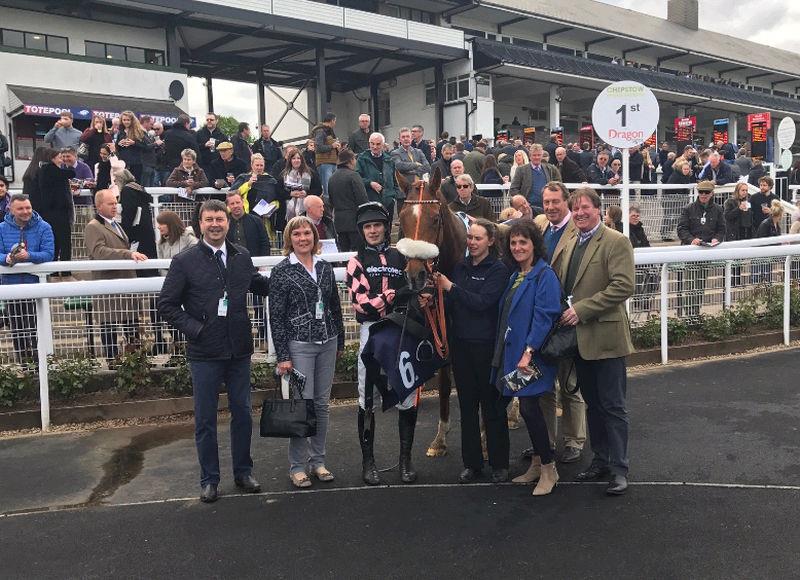 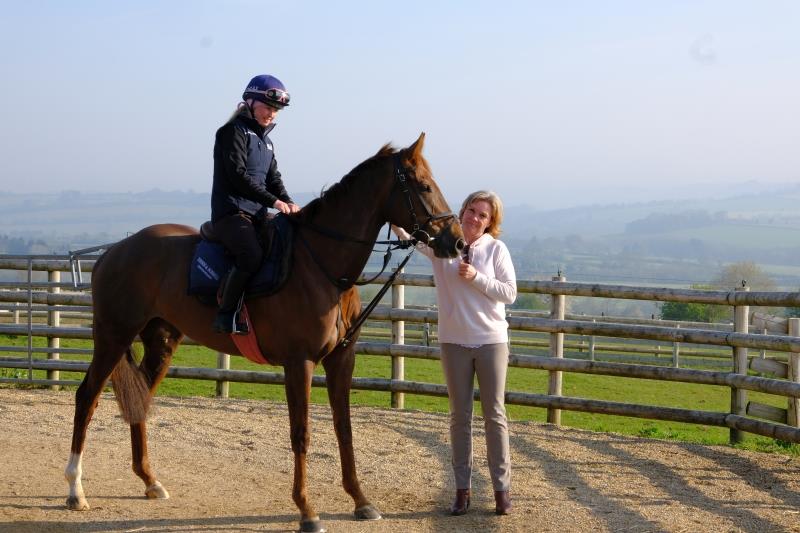 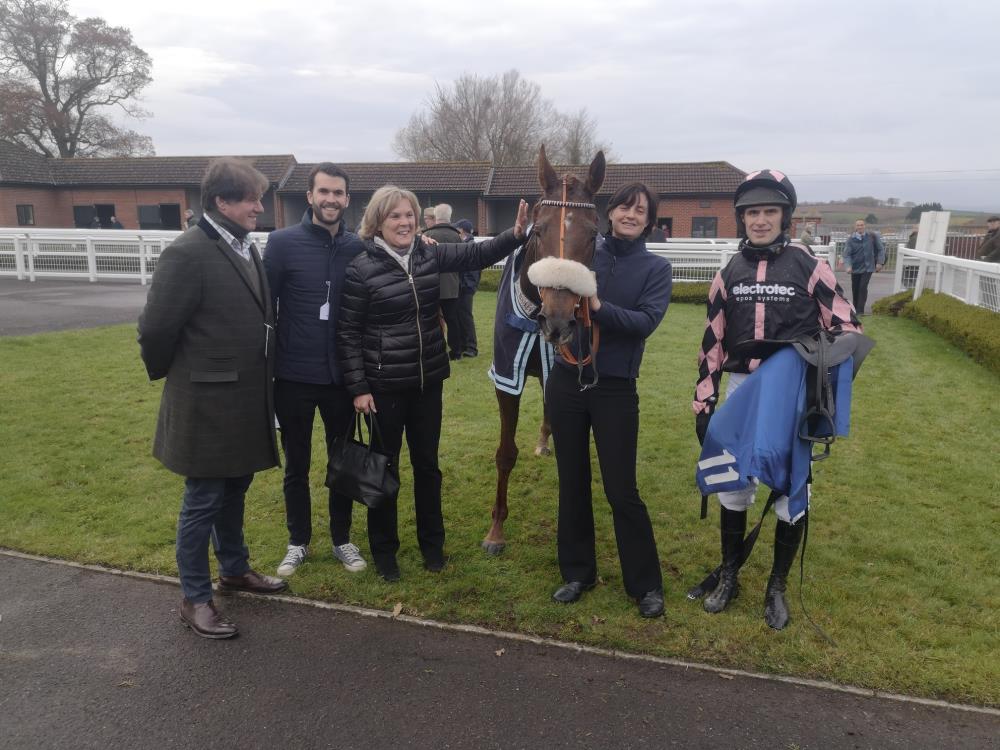 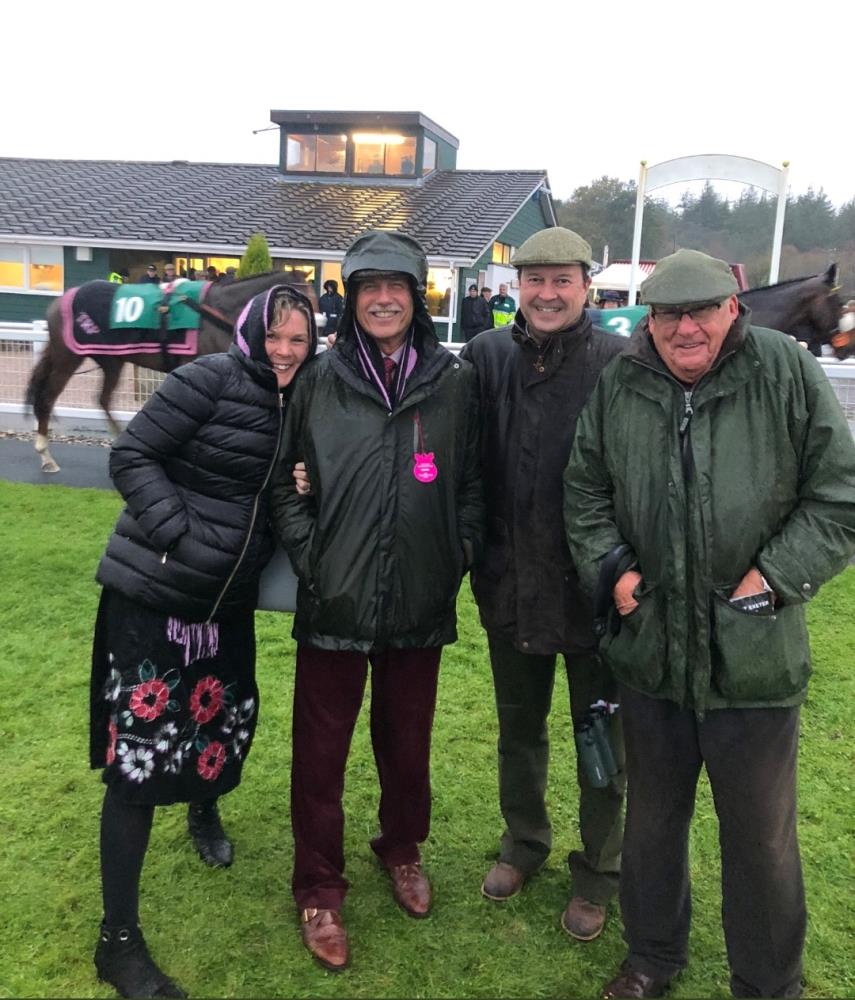 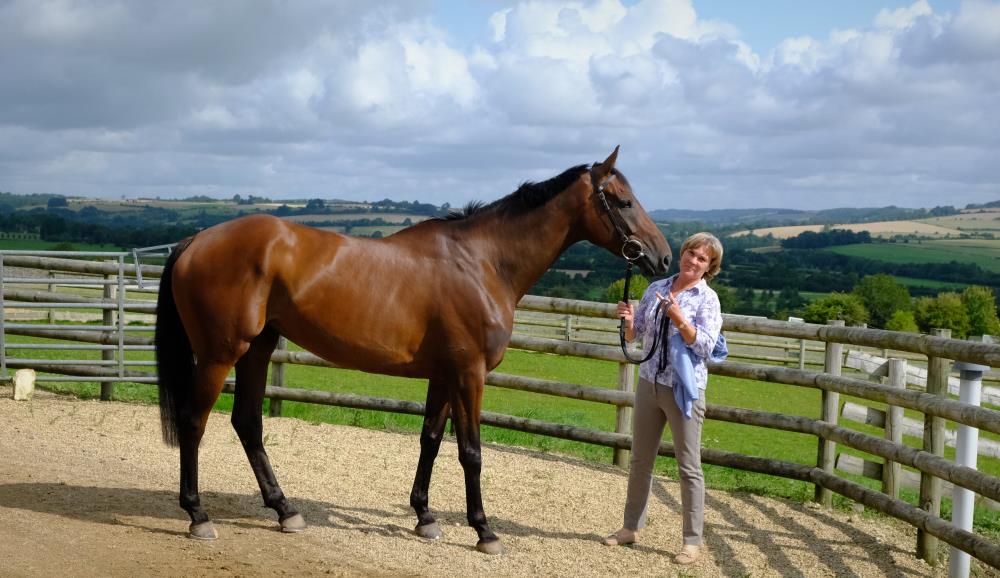 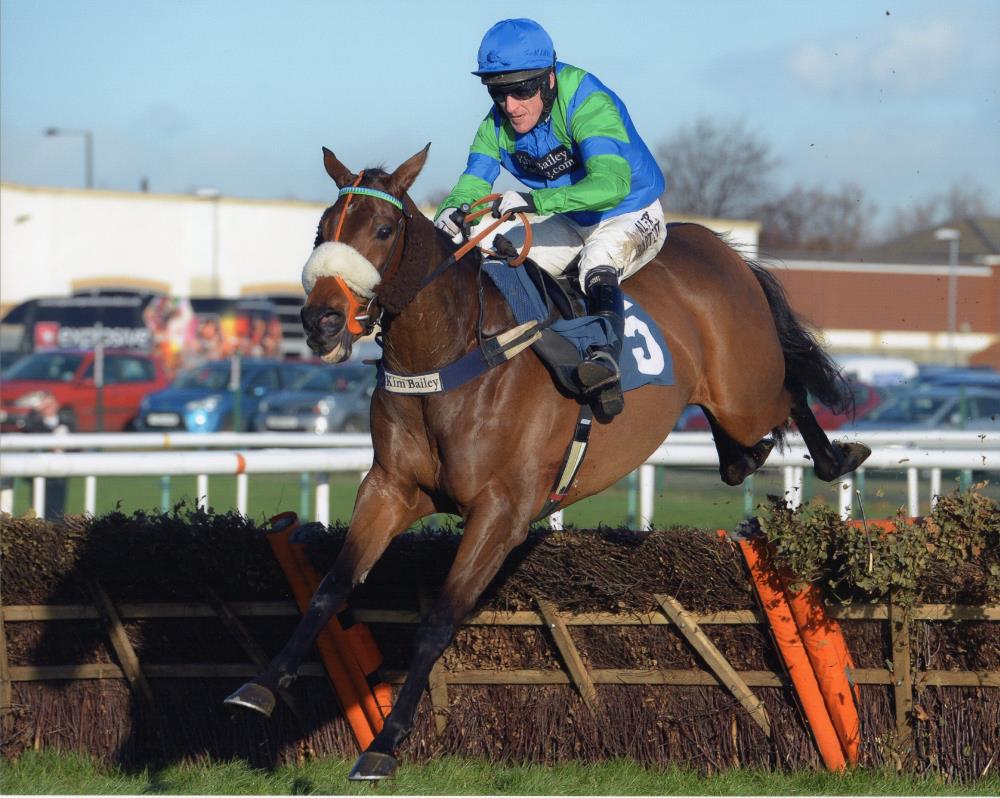 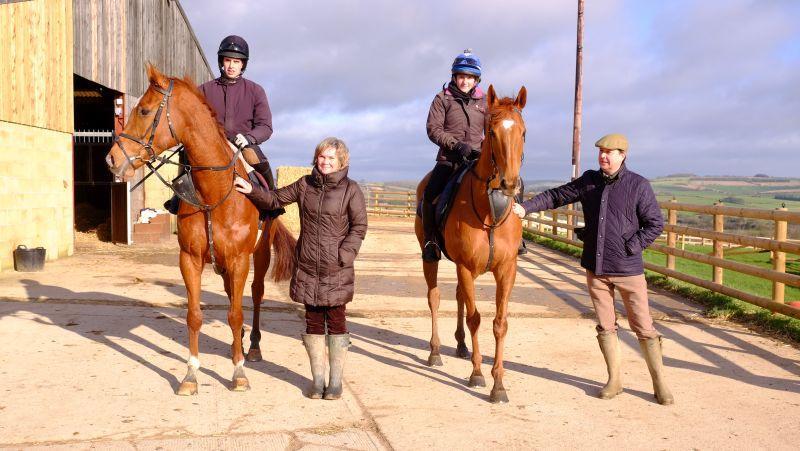 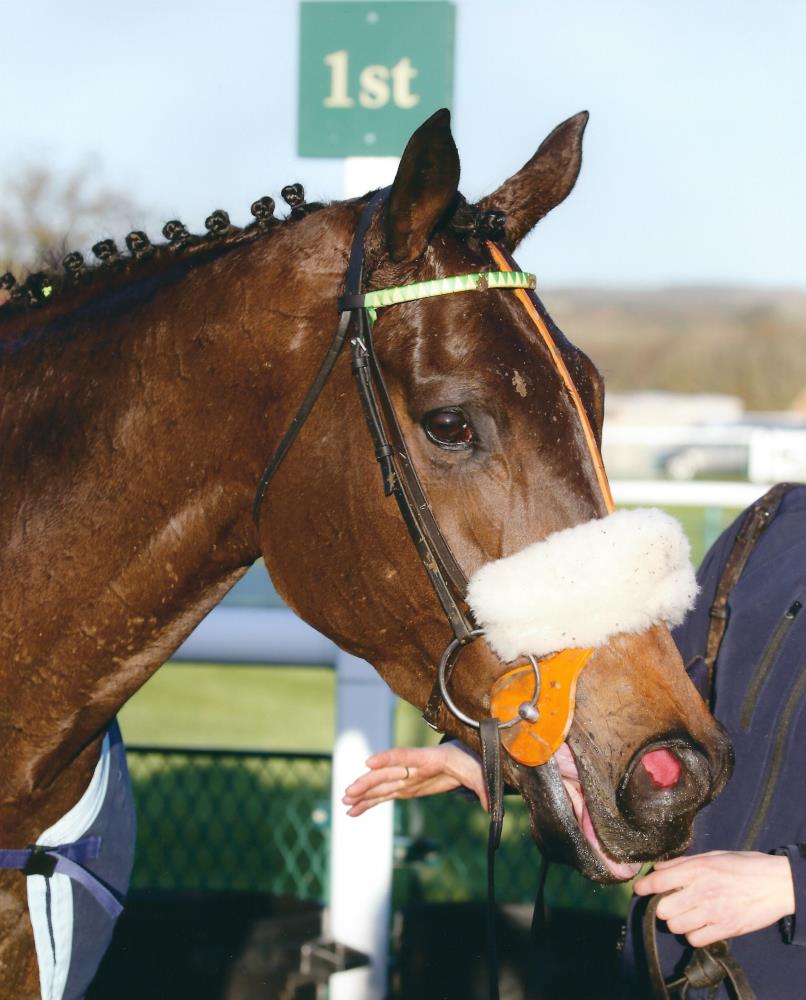