It was so warm and mild at Ludlow yesterday that it could have been a spring days racing not an October one. Who cares what the weather holds when you have a winner..

Ludlow was looking good and green and we won their first race with Cresswell Legend..

Cresswell Legend's owner Virginia Johnson was on hand  to see her new horse win, as was her husband David.

Pressure on as I persuaded Virginia to buy CR about three weeks ago in the belief that he would win first time out.. That was the easy part, actually achieving it was always going to be harder..The good news is that CR made all and really never looked in doubt having put an exemplary round of jumping in.

Also good news was the fact that the race sponsors were not bookmakers for a change. The Wendy Goodenough 21 Again Novice Hurdle was a celebration and one we all enjoyed.. Many thanks to Paul and Wendy Goodenough and Mike and Gillian Joyce for supporting Ludlow.

I always write to race sponsors when we have a winner thanking them for supporting racing and for once my letter will be heading to real people rather than a dear sir/madam or whom it may concern of a bookmaking company..in Gibraltar..

Cresswell Legend was Virginia Johnson’s fourth horse in training with me and they have all won..Mark Twain, Ballywatt and Monkhouse being the other three.

This morning we worked Lake Field and Diamond Gait.

Cheltenham races start their new season today and as a result we have loads of visitors over the two days.

Second lot John O’Sullivan, Michael Fitzgerald, Catie Dever, Kevin Dever and Mattie Connolly were with us having bought a Morning on the gallops through a Great Ormond Street Hospital Charity night.

Ian Robinson who heads and runs Imperial Racing was here with 18 members of his partnership second lot to see their horse Imperial Aura, after they went down to The Royal Oak in Andovesford for breakfast.. we had too many already!

Keith and Liz Ellis called in late morning on their way to Cheltenham races to see Abbreviate.

Top Irish Amateur jockeys Jamies Codd and Derek O'Connor called in for a first visit. Yes they too were heading to Cheltenham.. to ride

I failed to say goodbye to Les Hurley at Worcester a couple of days ago..Les was last seen donning his leathers before mounting his huge motor bike.... Yes he was riding off into retirement. Les is and was a great photographer of winning horses and connections..We shall miss his cheery face.

Paraprosdokians are figures of speech.. a few more today..

To steal ideas from one person is plagiarism. To steal from many is research.

I didn't say it was your fault, I said I was blaming you.

In filling out an application, where it says, “In case of emergency, notify...." I answered, “a doctor.”

Women will never be equal to men until they can walk down the street with a bald head and a beer gut, and still think they are sexy.

Finally happy Birthday to Nicholas Jones (part owner of Rose To Fame).. I am sure Cherry has baked you a large cake for your table in the Cotswold Club today.. for all to share...see you later..

And another finally. Really Good news has filtered down from Perthshire re Sam Morshead's health..we had a happy conversation last night..Keep smiling Sam you are good at that. We will fish together next summer. 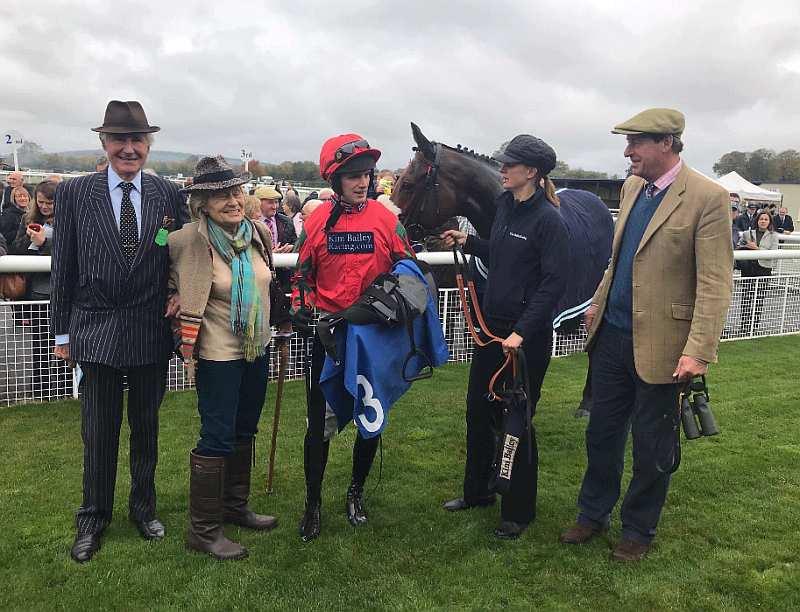 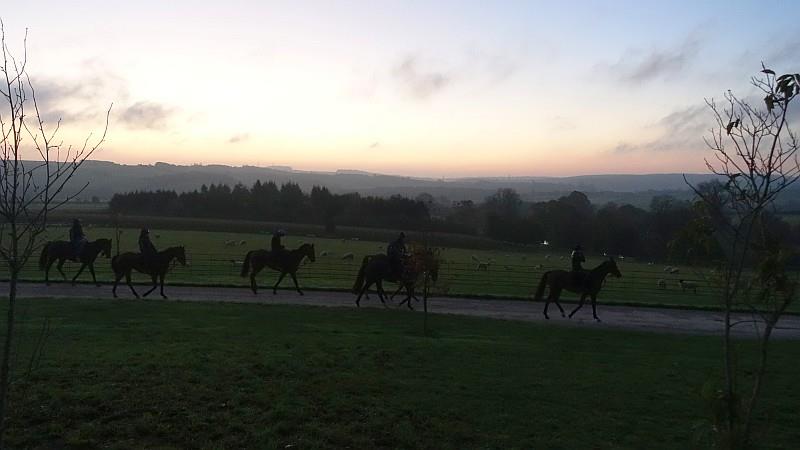 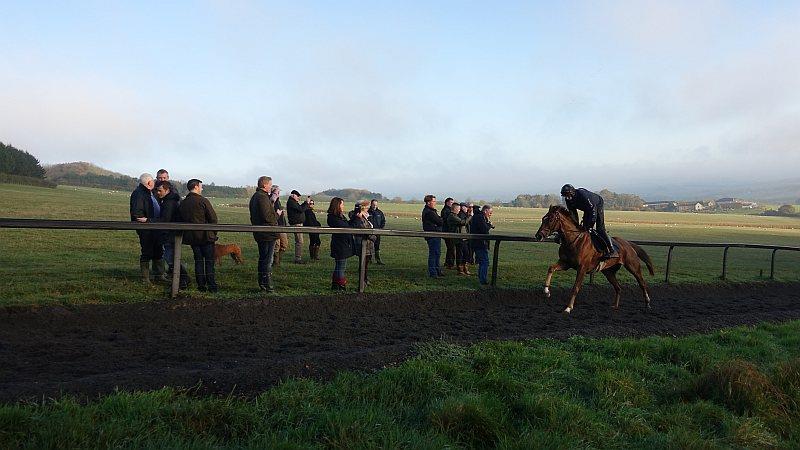 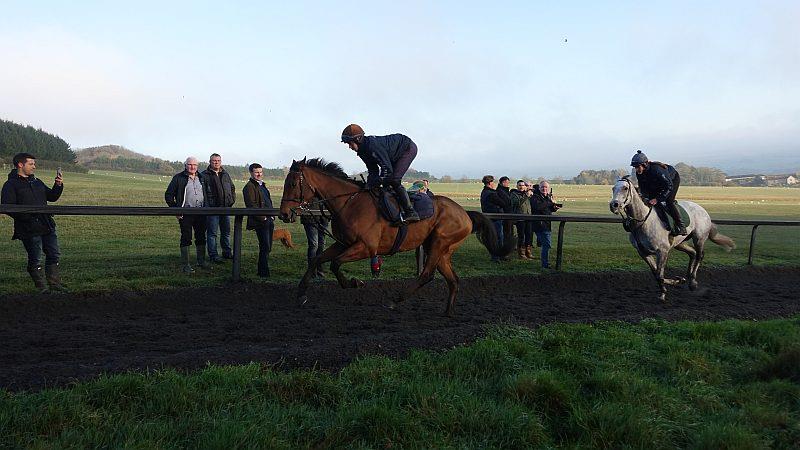 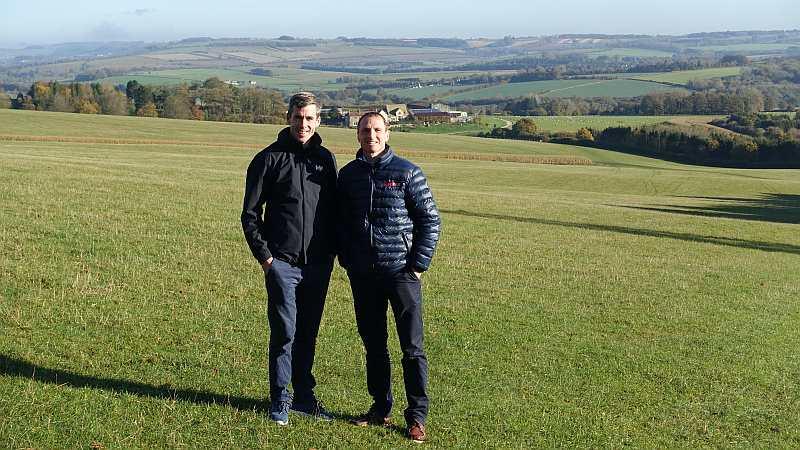 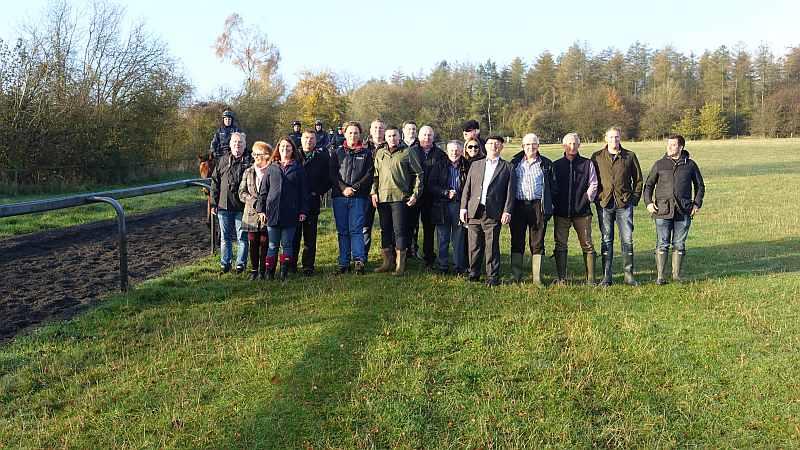 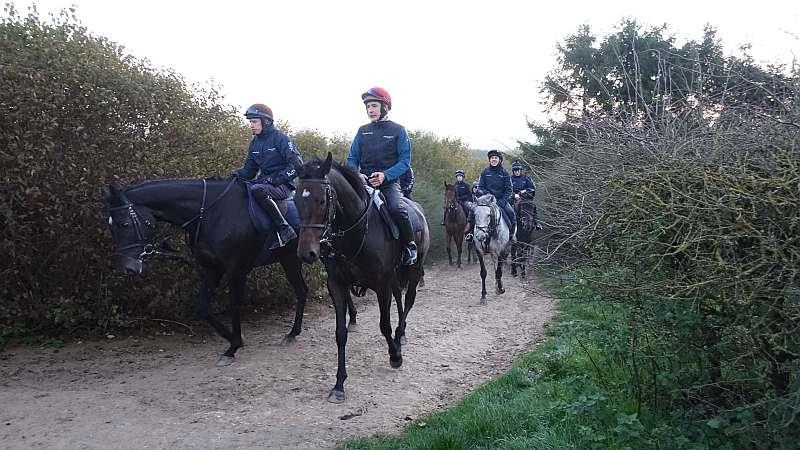 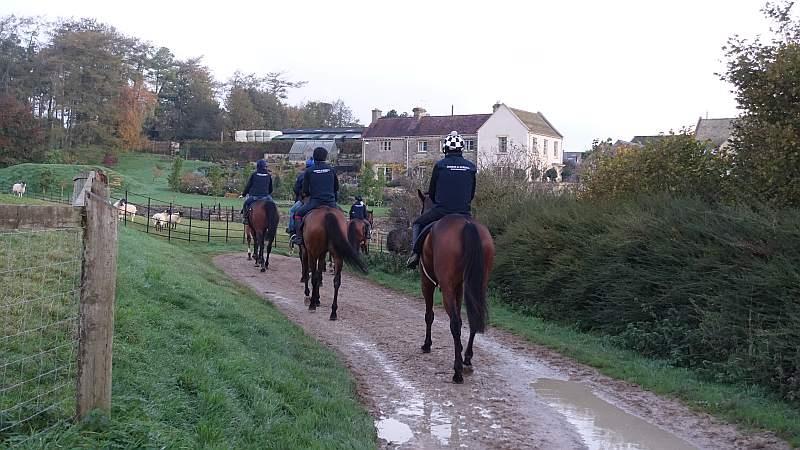 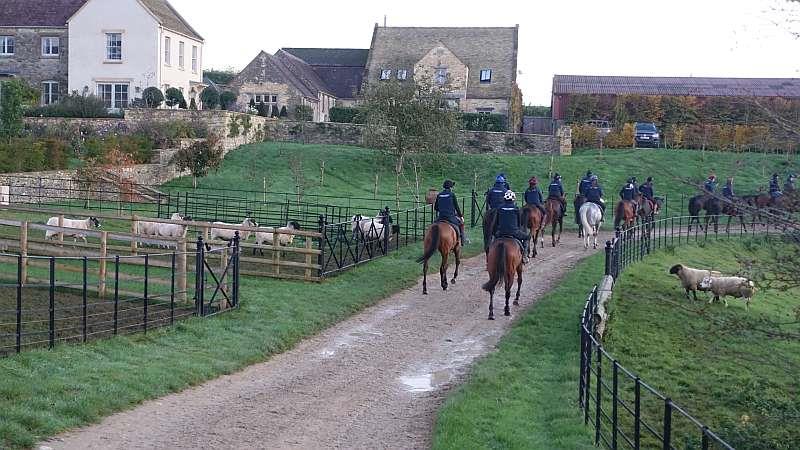 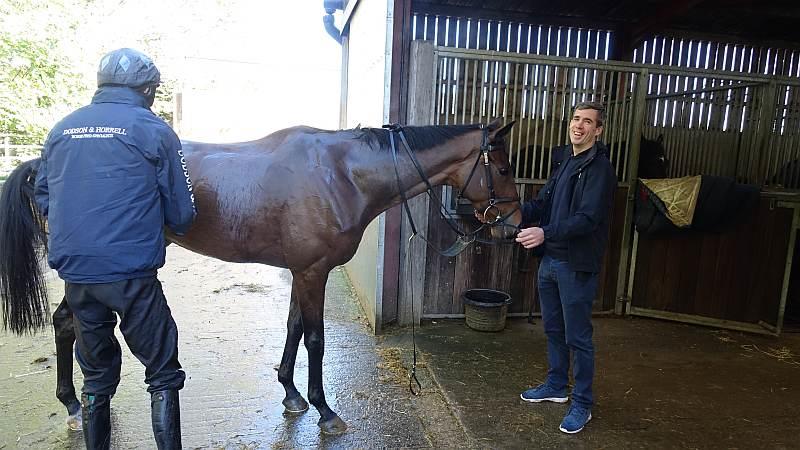 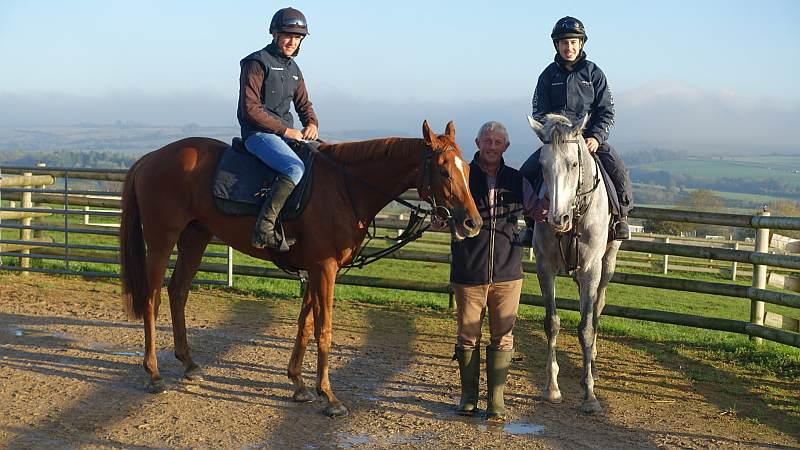 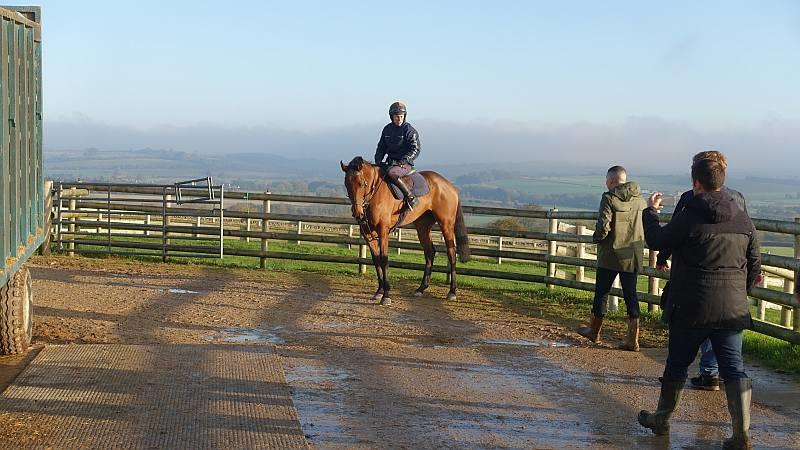 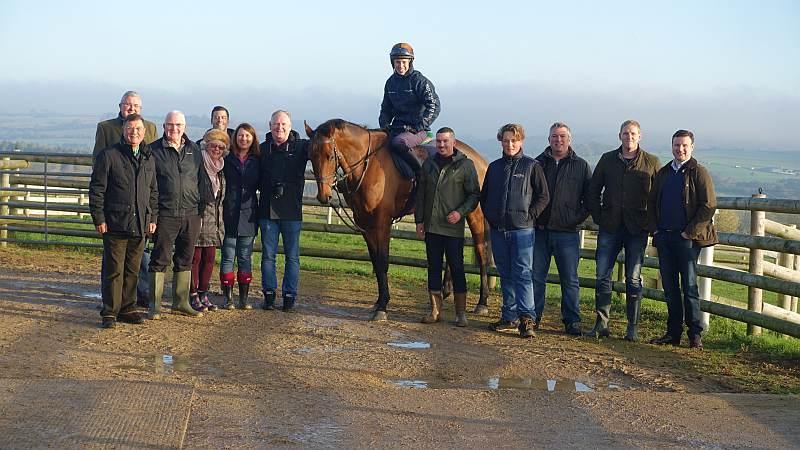 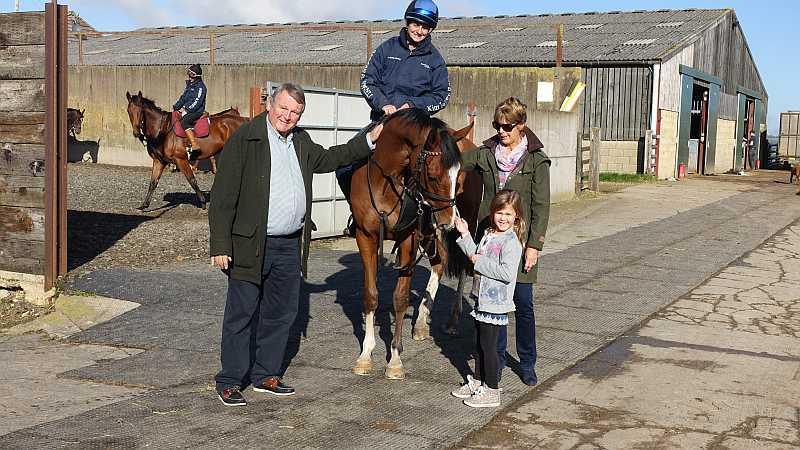 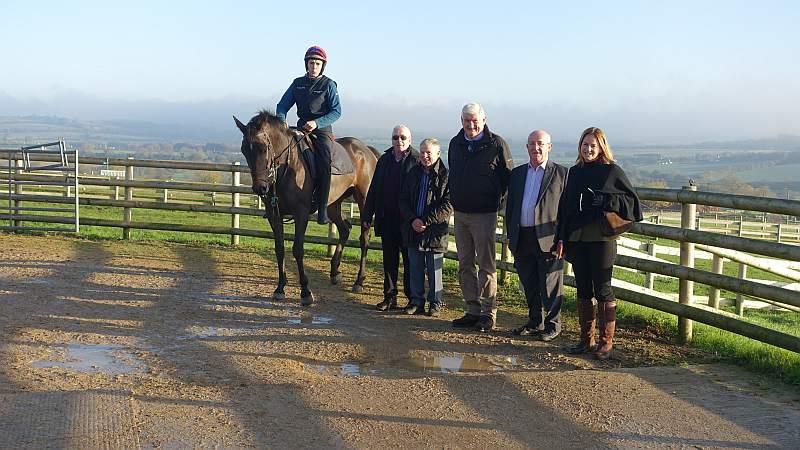