That was a tough weekend and by tough I mean that one of our horses was so gutsy that he went through the pain barrier to finish second in the Eider Chase at Newcastle on Saturday.

Knockanrawley has been called many names by his trainer, mostly in jest, but on Saturday he literally ran his heart out for his happy owners and jockey David Bass to finish second. Yes I hate finishing second but on Saturday I was so proud of our horse.

Horses are wonderful animals and some have their quirks and some just get on with the job. KAR is one of the former and for that he has a very special place in all of our hearts. He smiles that naughty smile when well, and heading to Newcastle on Saturday he was in the form of his life and ran accordingly.

The KBRP who own KAR love him dearly and enjoy nothing more than telling me how wrong I am.. Saturday I was so chuffed for them as they have been so patient having missed a year. Thanks KAR and your team which includes Peter Kerr who runs all my partnerships.

A big thank you to Newcastle who have come in for some stick in the past when looking after owners.

On Saturday my team reported.."The racecourse looked after KAR's owners very well with a separate first floor room with large tables and serving a choice of hot food and importantly very friendly and helpful staff"

I was down at Chepstow where Glenforde continued his progression and ran a most encouraging third while Abbreviate sadly never really went.

Mikey Hamill replaced Tom Bellamy on Glenforde; Tom was switched by his Boss Alan King to ride at Kempton after Wayne Hutchinson was stood down after a fall at Exeter the day before. A big win there for Tom and a good ride at Chepstow from Mikey; so all happy.

Yesterday at Southwell Mon Palois finished 4th in the bumper while Billy Elliott finished down the field.

I was happy with Billy as he really is a baby and he would have learnt a great deal yesterday and will improve for better ground. Mon Palois probably ran to his Wetherby win mark but giving lumps of weight away was what he could not do.

As Aiden Murphy so rightly pointed out after the race. Bumper winners hardly ever carry penalties to win a second time. He went on to say .. all you do is disappoint your owners who are on a high after their win. Yes Aiden I know where you are coming from… But not yesterday as Paul and Elizabeth Kellar were delighted.

The good news is that all our weekend runners are fine after their races.

The winning machine did not stop as yesterday Henry Morshead rode another point to point winner on Silver Roque for Mary Vestey and her pupil assistant Edward Cookson. Further celebtaions.

El Presente and my Midnight Legend gelding had an away day while the rest of the string cantered.

Network Rouge returned from his winter break. His owners Johnny and Liz Wills dropped him off late morning.

''A busy week, late nights and long drives but it has been pretty successful!

Lingfield Monday, they haven't improved the lights in the stables but they have changed the walkway to the parade ring. You now go out the other end of the stable yard and cut across the car park. This is a much shorter route and is much quicker if you  are in a rush or need to go back to the yard in a hurry.

The food is good here, they have most things pre cooked which means they are very quick. This is important when you only have a short time to eat.

From the quick canteen at Lingfield it was disappointing to find that Wetherby on Tuesday has one of the slowest!

We were waiting a good 15 minutes for food, with other people being served before us. Having paid £6.50 for a meal (which is more expensive than most places) I feel having to wait that long for it is pretty unacceptable. I appreciate they were busy but they should have the food ready to serve or have more staff.

The food situation went from bad to worse by the time I got to Exeter on Friday.

We were given food vouchers which is a good start, however when I arrived at the canteen, it was packed full of people. Most of which were not stable staff.

I understand the medical staff etc need somewhere to eat but surely the stable staff should have priority as they are on a time schedule. I went in there with half an hour before I needed to get my horse ready, it took a little while to order as there was a large queue, then I waited for 20 minutes for my food to be brought out. It was so slow and because I ran out of time I missed my meal which meant I did not eat all day until we stopped at the services on the way home.

Often we ride out before we come racing, which can sometimes mean we are running late. We then don't have time to stop on the way and only have a short time to eat at the races, usually before the horses run. I often stop at the service stations on the way home if I have not been able to eat, this becomes very expensive and adds time on the homeward journey.  You don't get much change out of £10 and I am doing that pretty much every day.

Newcastle on Saturday was good they looked after us so well. Big stables and good food..''

To finish the day.. Please click here and watch this dog paint. 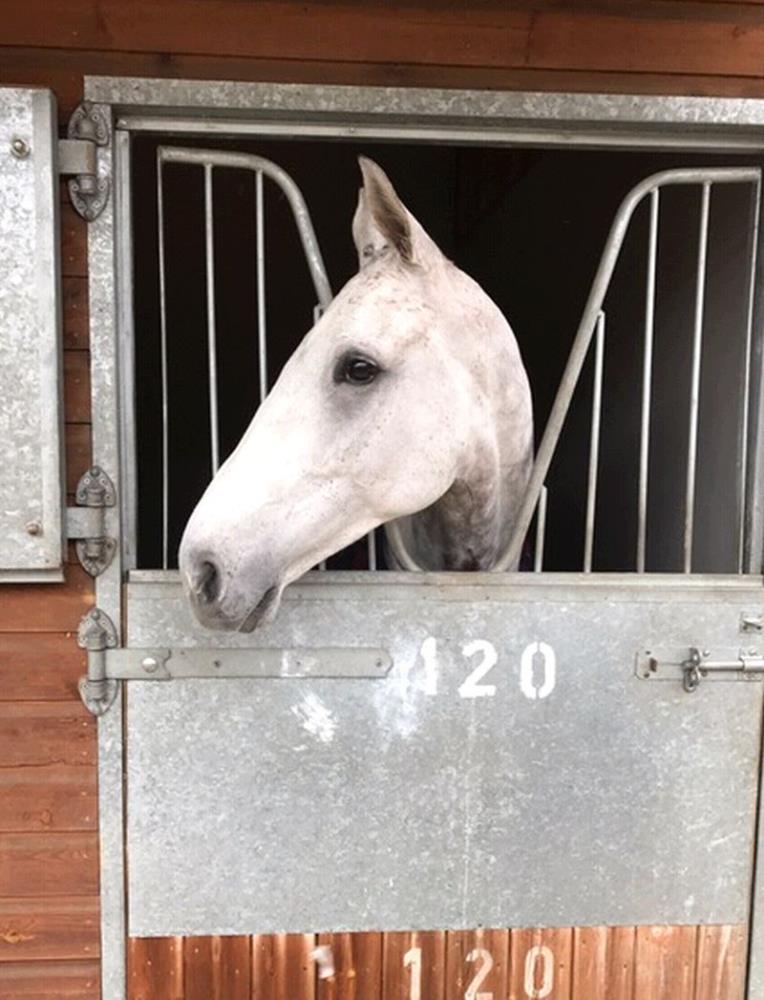 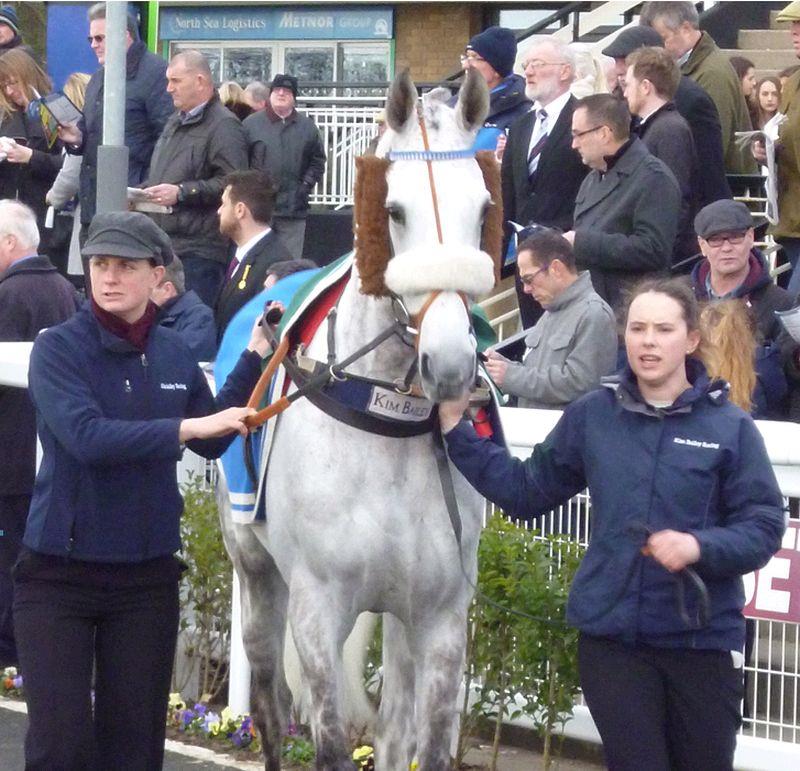 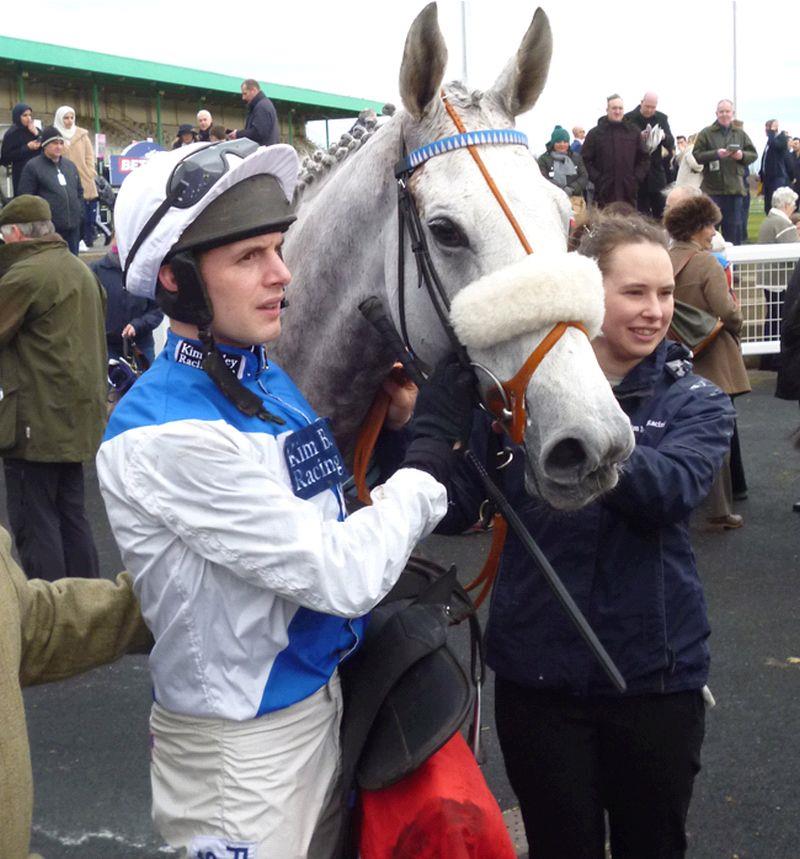 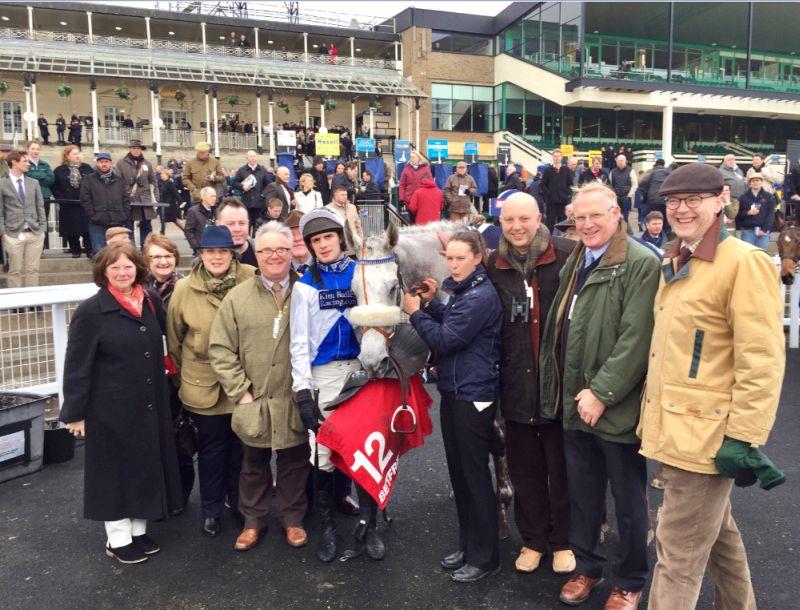 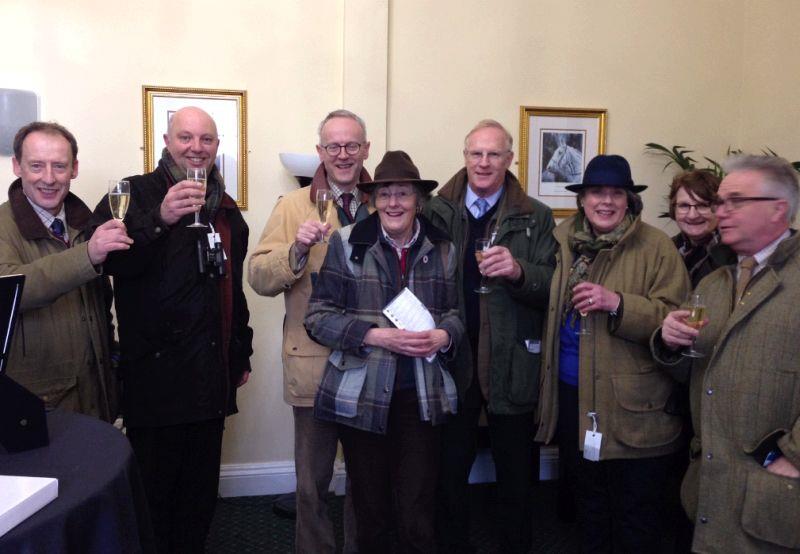 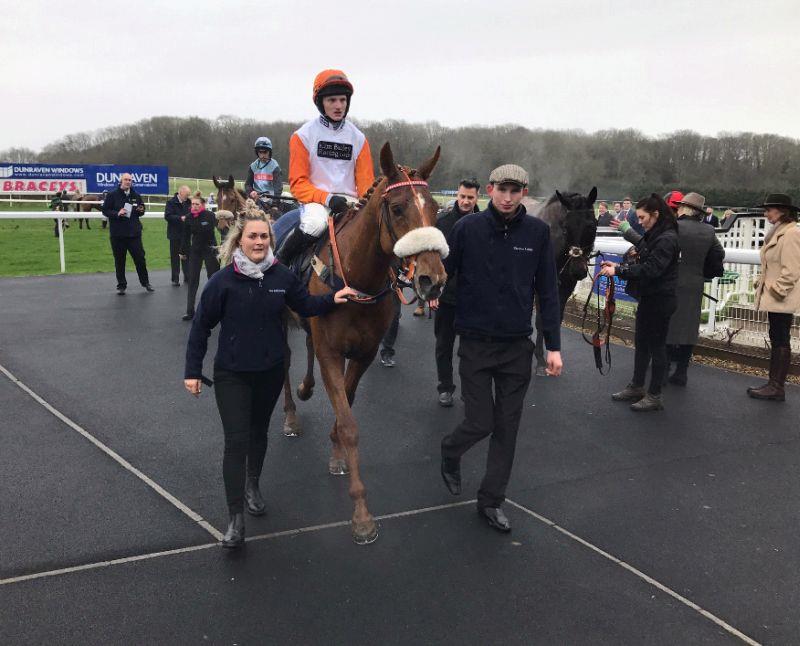 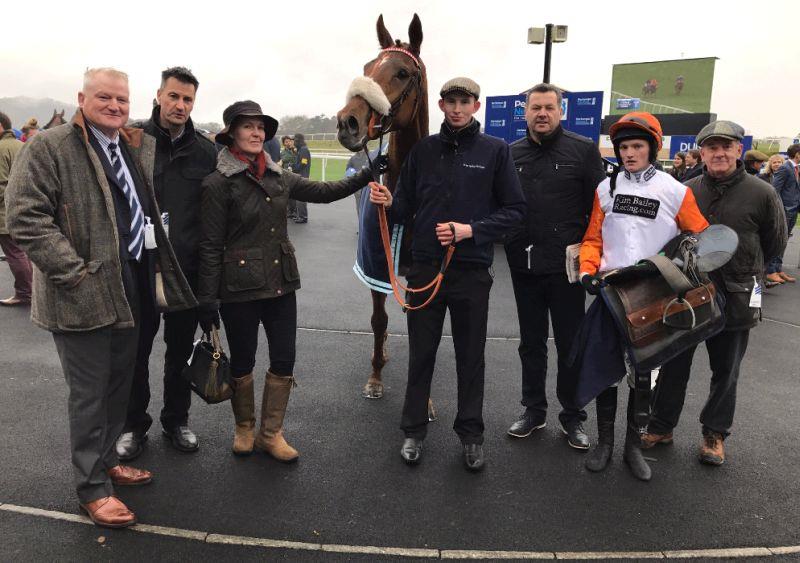 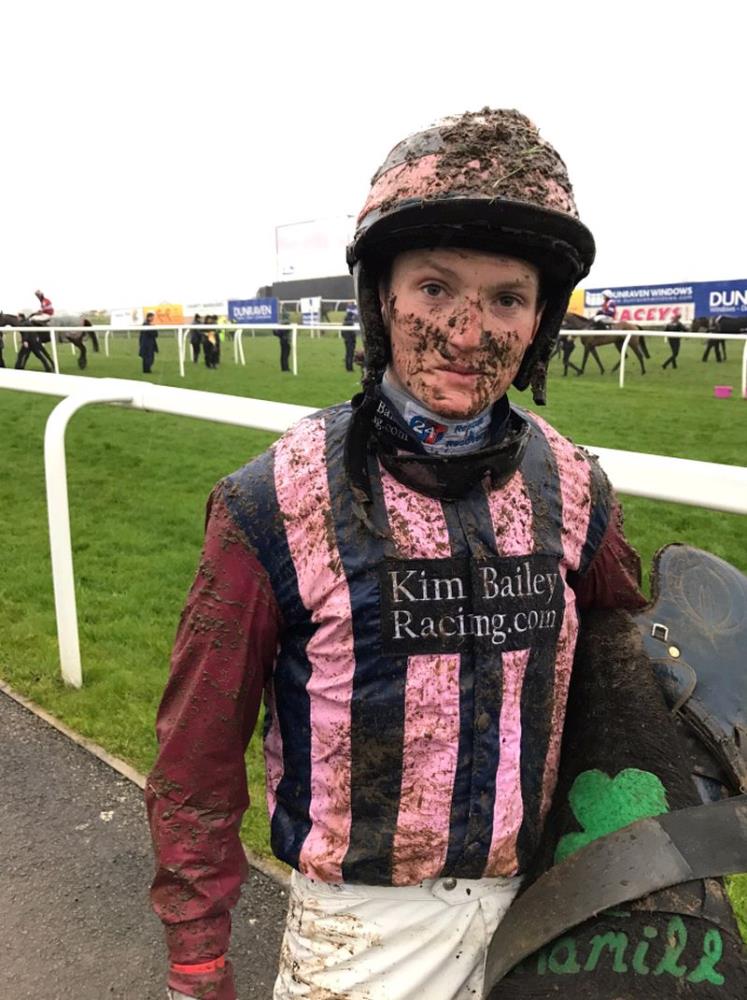 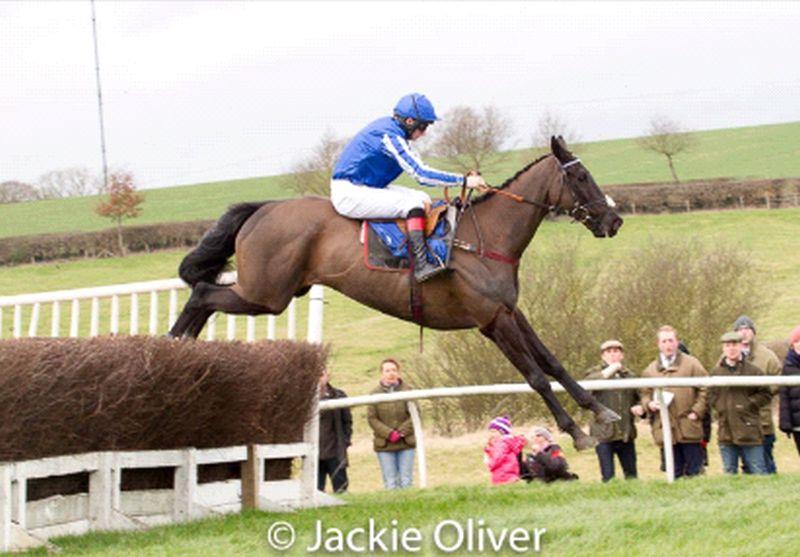 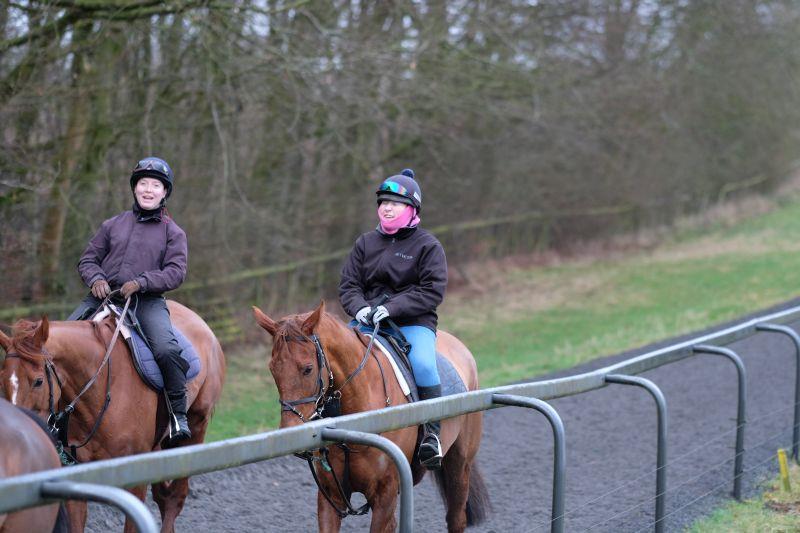 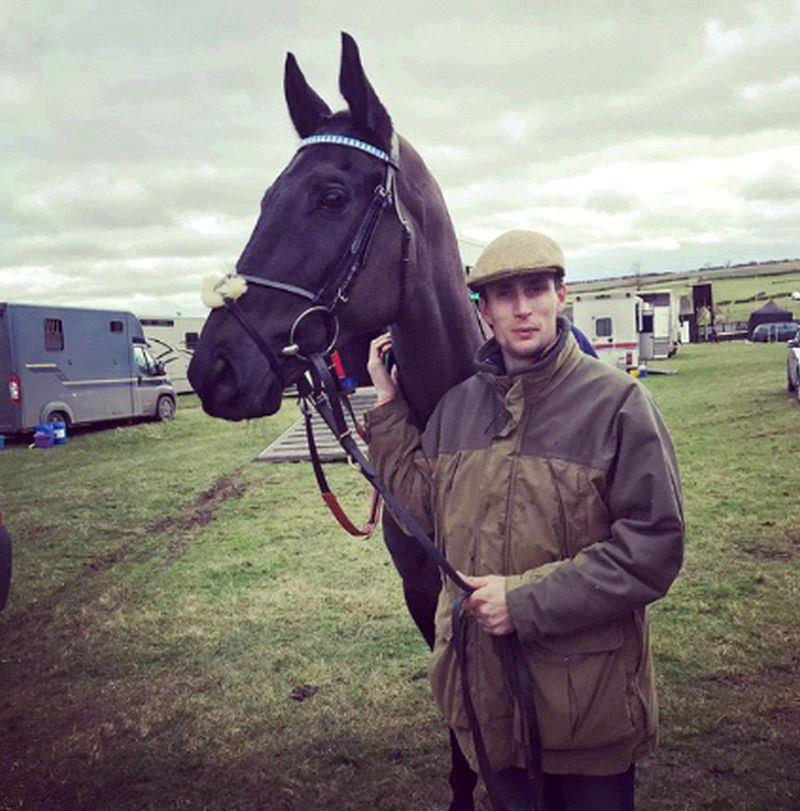