What a way to finish our season?

Younevercall was so impressive when winning the bet365 Select Hurdle (Grade 2) at Sandown on Saturday. Taking our seasons total to 51, with our final runner.

Finals Day or Champions Day at Sandown on Saturday. Call it what you want, but not having been there for some years it was a great treat to be there.

Huge crowds meant that the traffic was a nightmare, which I am afraid you have to expect now as Esher High Street is busy without the race traffic on a Saturday.

The seasons Equine Champions were paraded before racing and the human Champions were crowned, celebrated and trophied. All well done and choreographed to a bit of music and cheers. It was a great way to end the season.

The racing followed and Paul Nicholls won the first and second race; Nicky Henderson not to be outdone won two too.

Charbel ran well for a while, but the poor chap is struggling with his breathing which is something we will be looking at and rectifying before he returns next season..

Kate Paddock who looks after and adores Charbel had him looking a picture as usual, but Saturday was not his day. He has had a good season and a wind op could make a huge difference to his future.

Talking wind ops. Younevercall has had one since his last run which was at Ascot in The Long Walk hurdle just before Christmas.

YNC has been working well at home and was in the form of his life coming into Saturdays race. That showed as he jumped the best he has ever, and just ran away with the race..

It was a huge result for this talented horse and more so for his patient owners, who really have been tested by his various problems. These have meant that this now 8 year old was only having his 12th race, and for good measure Saturdays win was his 6th.. Not a bad record.

Huge celebrations started as soon as Will Hodkinson was reunited with his beloved John (YNC's stable name) and led him up that famous walk way down into the winners enclosure.. Celebrations..

Why not as most of his owners were there.. Nick and Shan Cook, John and Mandy Battershall, Graham and Janice Lloyd, Steve O’Shaughnessy, Colin Stewart and Tim Craven .. Missing were Steve Winter, Alan and Jan Snow and Mark Hudson although his wife Marion was there.

Nick and Steve were on County umpiring duties yesterday....?

Peter Kerr who has runs and leads all my KBRP 's was certainly on hand to help celebrate.. YNC was his second graded race winner of the season for one of his partnership.. Vinndication was the other.. So it does show that you too can join and enjoy one of our KBRP .. Fun .. hopefully always... success.. too.

The big race, which used to be known as the Whitbread Gold Cup in the days when I won it twice, now the Bet365 Gold Cup, was won by Alan King's Talkischeap.. Owned by Charles Dingwall..

Charles used to be a trainer and was based in East Ilsley.. I bought his yard when I first started so I have known Charles for many years..and the good news is that he is about to become my neighbour!!

Yes Sandown on Saturday really was a very special day and the highlight was Altior winning his 19 race on the trot. What a super horse and the crowd went wild.. Yes that’s jump racing for you and Saturday celebrated our fine sport well..

Mat and I left Sandown on Saturday night happy..

I shall talk more about our season during the coming week.. yes a review!

Monday morning and back to normal..

Yes jump racing might be on holiday for the week but we carry on as normal.

More horses ready for their holidays and as soon as they go out the steam cleaner will be out and into action.

We were blessed with Lauren Stanley riding out two lots this morning and she is again tomorrow. Husband Tom was here to make sure we looked after her.

Lauren is due to ride in a charity race at York on June 15.

Proof that working with horses can be troublesome.. Mrs was crushed against the stable wall by Archie's racing pony yesterday and is now suffering with a broken rib or two.. 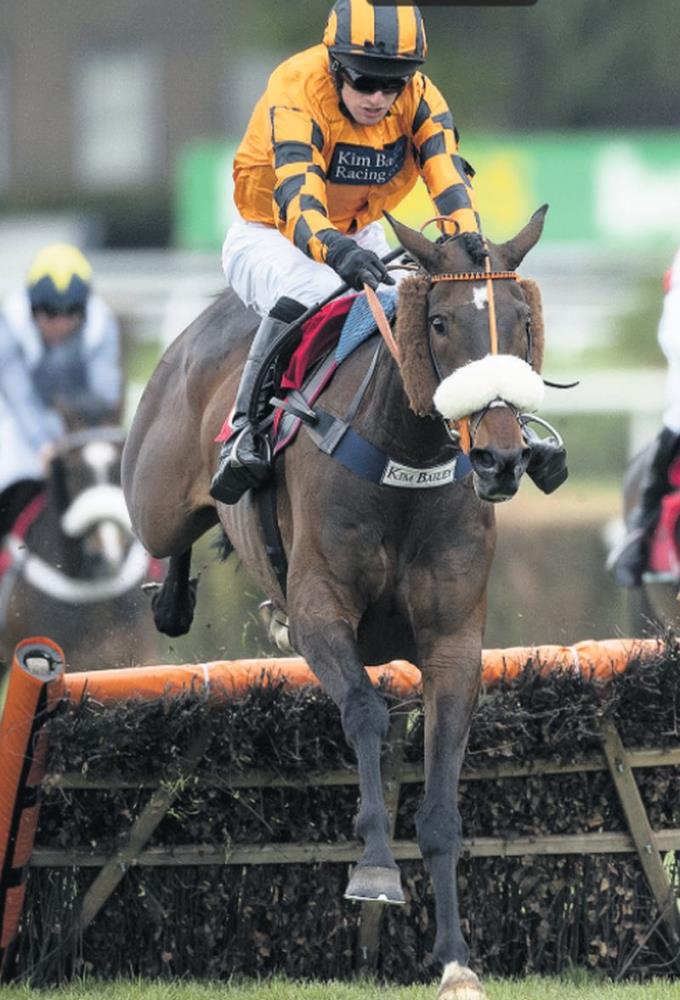 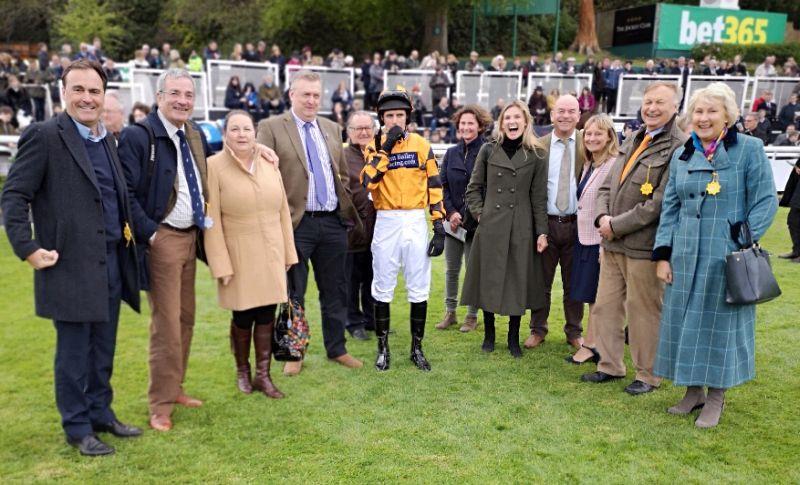 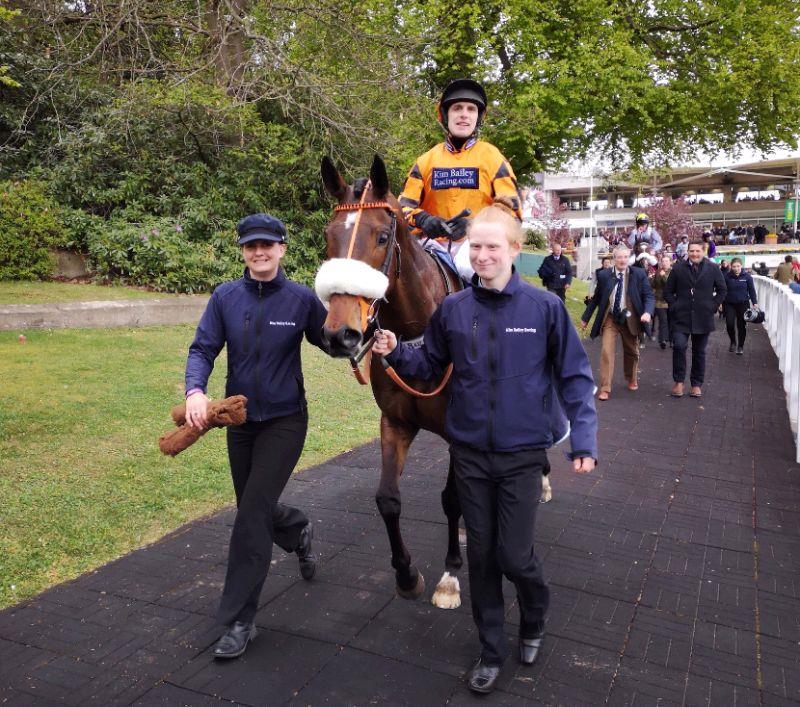 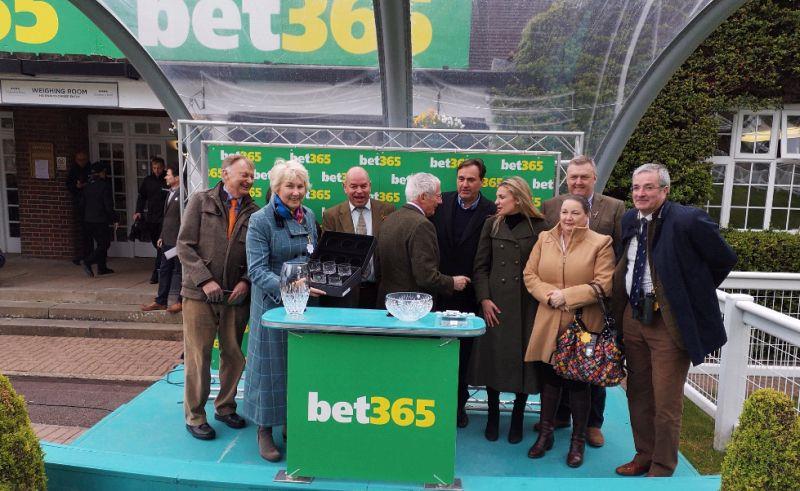 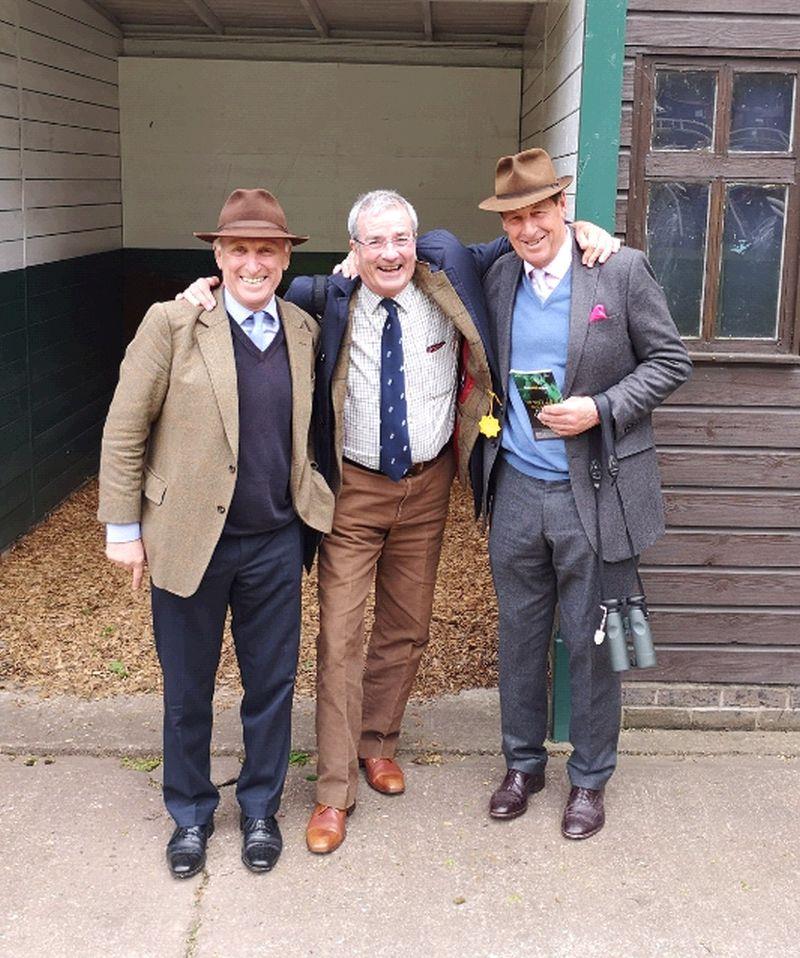 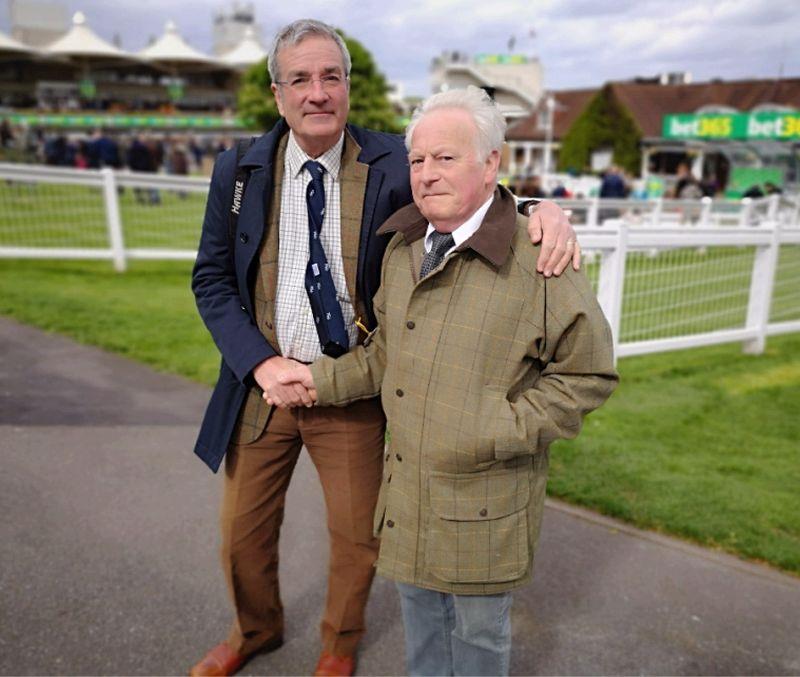 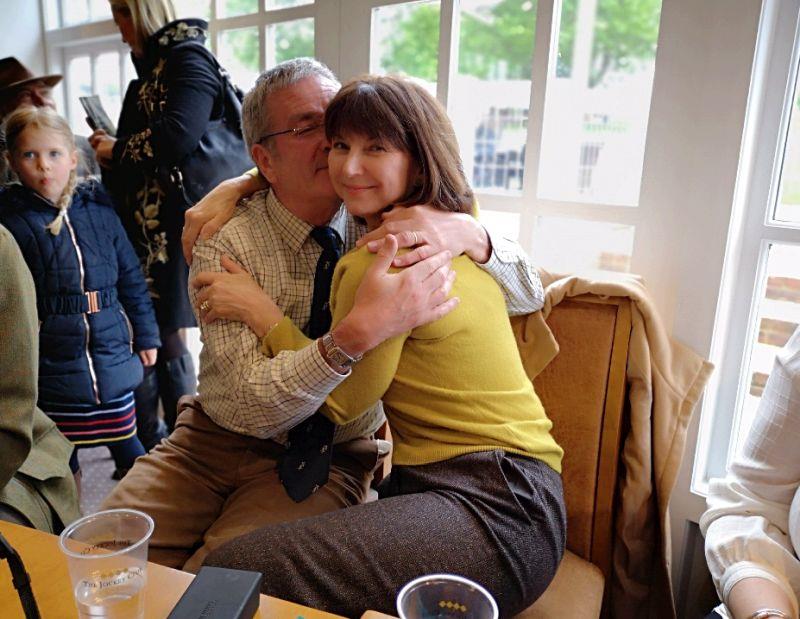 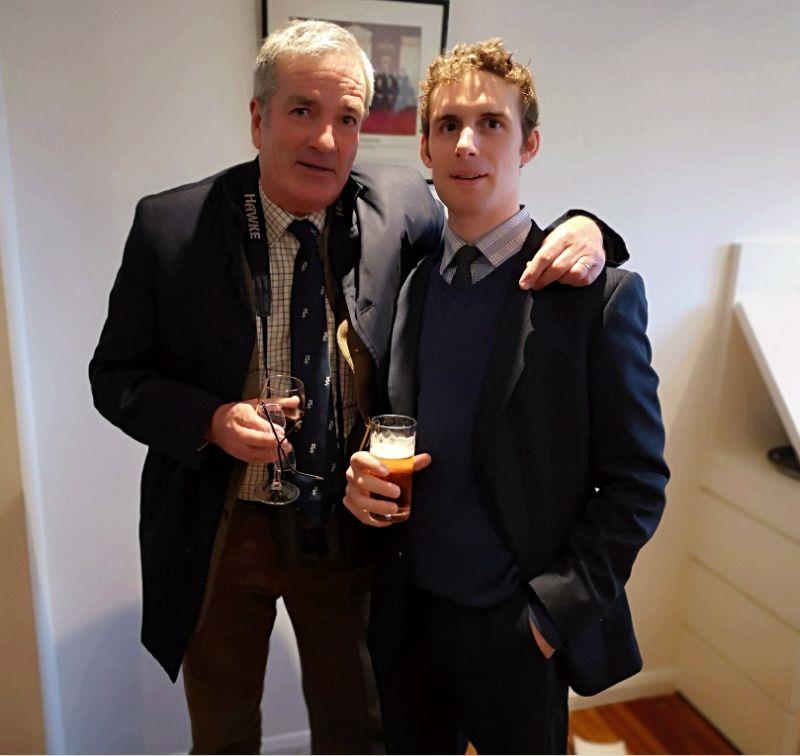 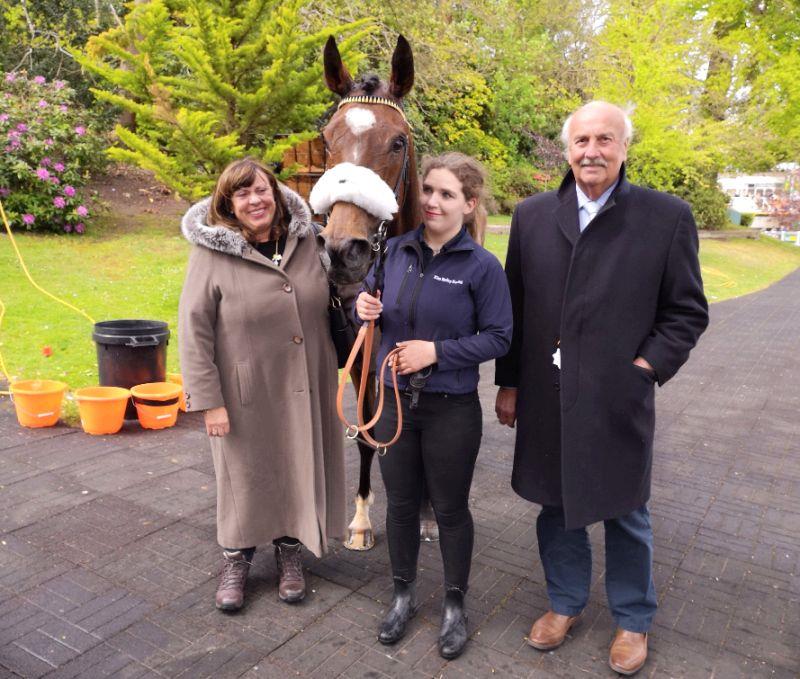 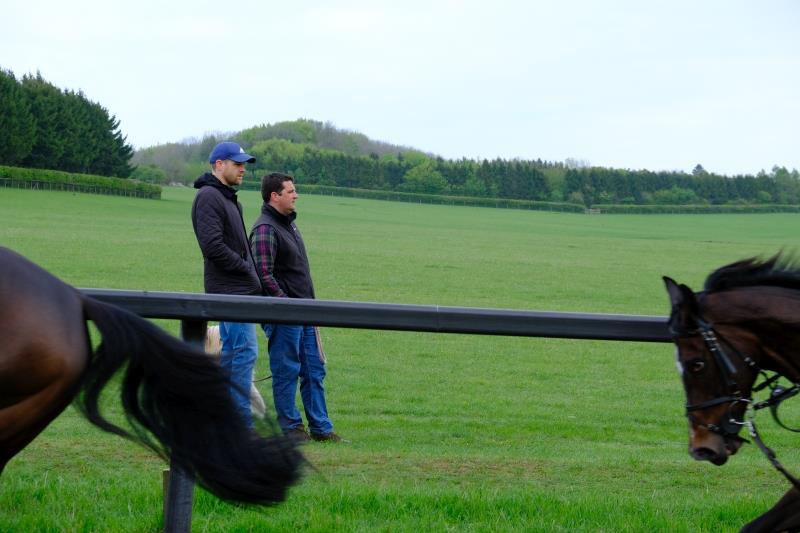 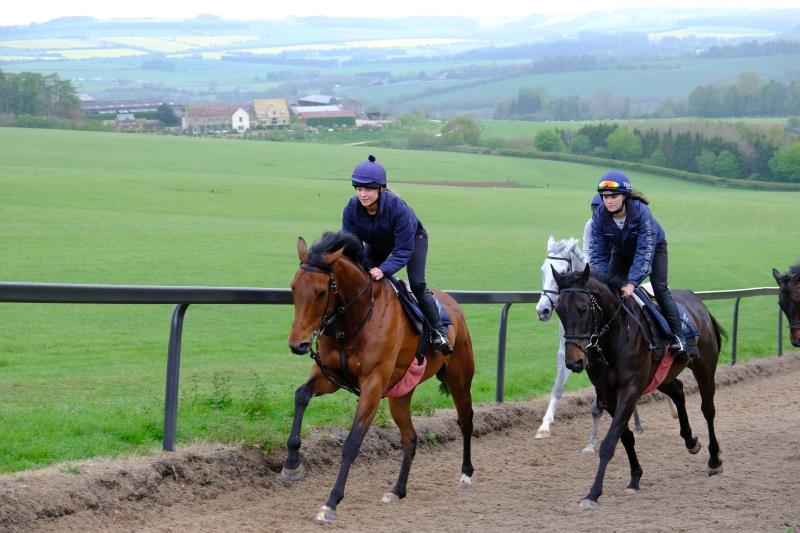 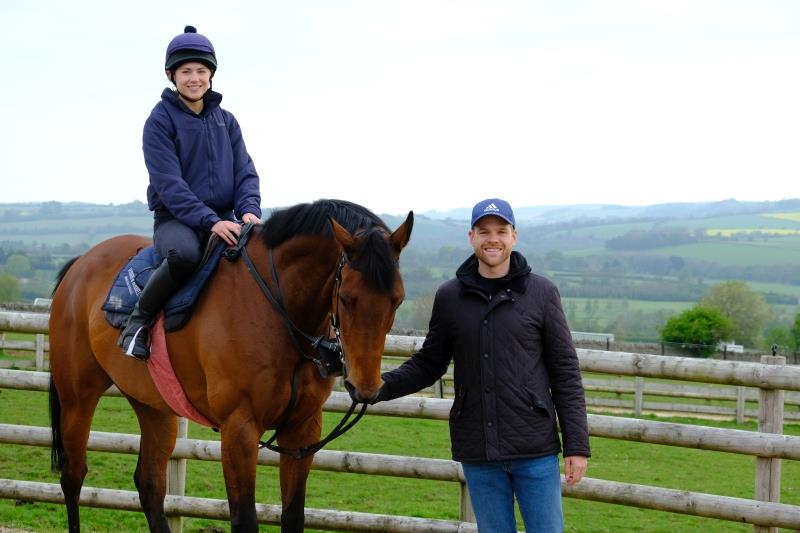 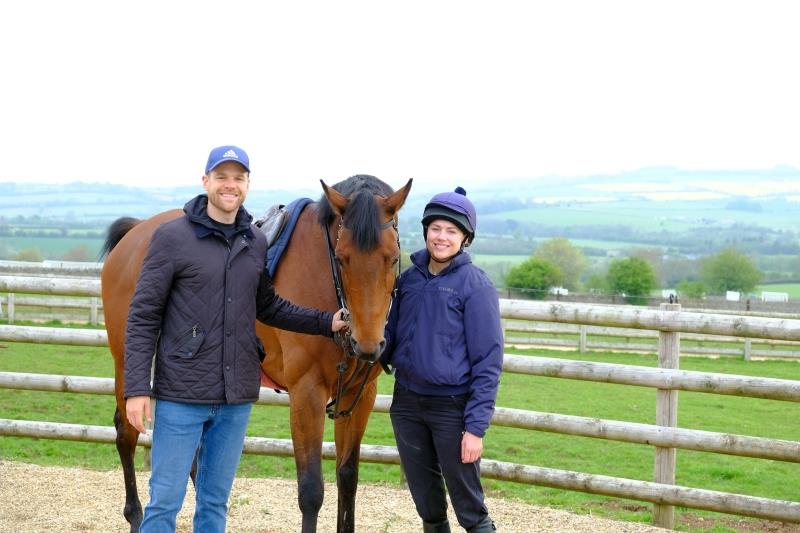