We have had 50mm so far this week.. we are saturated and apparently there is snow on the way?

The traffic to and from Doncaster yesterday was like before lockdown.. well it was as soon as I hit the M1.. extraordinary.

The Edgar Wallace was second and frankly those who wish to add comments on his run miss the fact that he is a huge horse, who has taken time to come to hand and I believe he is very much ..work in progress.. he ran well, and we and he will have learnt a great deal from yesterdays run.

TEW is an out and out chaser, like Starvoski, who ran well to finish 5th in the very hot 2 mile novice hurdle.. That was a big step up from her first run at Wincanton..Starvoski is a big mare who will be far better in time and over a fence.. Inawhilecrocodile has been retired.

All three horses are fine this morning

Doncaster tried hard to look after all the staff yesterday.. Very respectable food and cheery racecourse staff to direct us all...

It was good to see James Given… He and I had a long chat..

James has given up his training and is now working for the BHA.. A good choice for the BHA as James will bring some good thinking to the post of Director of Equine Health and Welfare.

Chester Williams, Ciaran Gethings and Harry Beswick were all in this morning.. David Bass took the early call and decided to lie in bed, in a hotel in Doncaster, being in last there yesterday and the first today...Easier and cheaper to stay although I don’t think he managed to negotiate a discount!

I had a zoom call from Oli Bell for his Opening Show between first and second lot..

Owners videos will not happen this morning as it is so wet that the camera lense will fug up..

Cheltenham off today which means that Doncaster is the only jump racing in England.. We have three runners there.. Aliandy, Bobhopeornohope and Rockys Treasure and for my thoughts on their chances please click here.

Grey Flint was quickly sold yesterday. Caroline Swire is his new owner.. a poignant decision as Caroline's father Rodney Burgess knew Iain and Annabel Buchan; Iain was Rodney's stockbroker..I hope and am sure Carloine will have a great deal of fun and pleasure with her new horse..

Caroline did admit that when she woke up yesterday she not expecting to own a new horse!!

Russell Field sent this over..

We don’t know how lucky we are to have the job we have, I had a fella decorating my house for the last three days.

I got chatting to him and it turns out he is a Ryanair pilot on furlough, and he is decorating now to try and pay his mortgage. sad times but in fairness he did a great job on the landing. 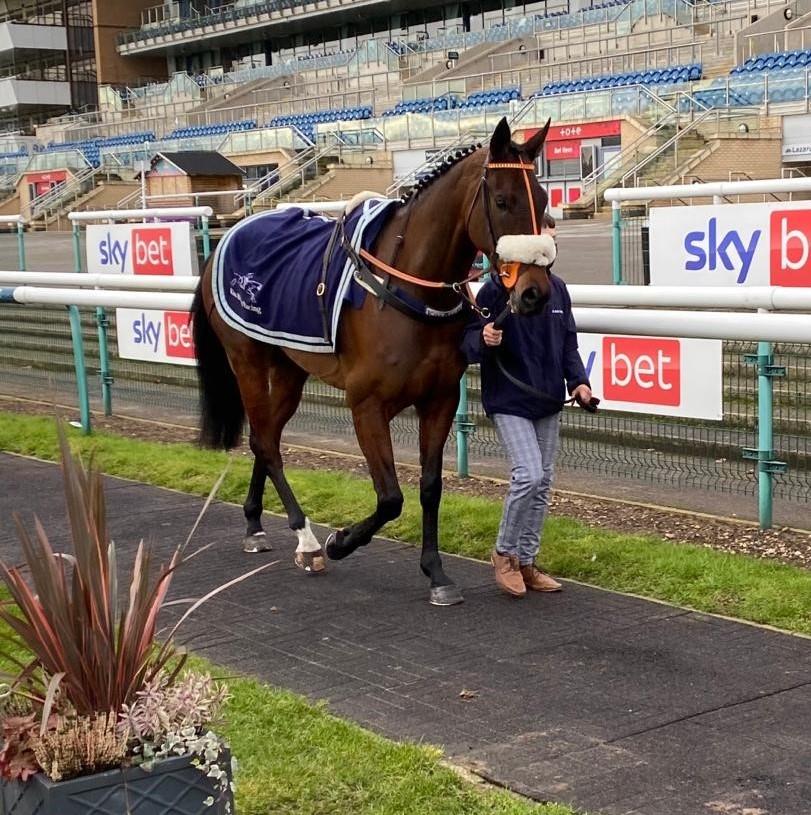 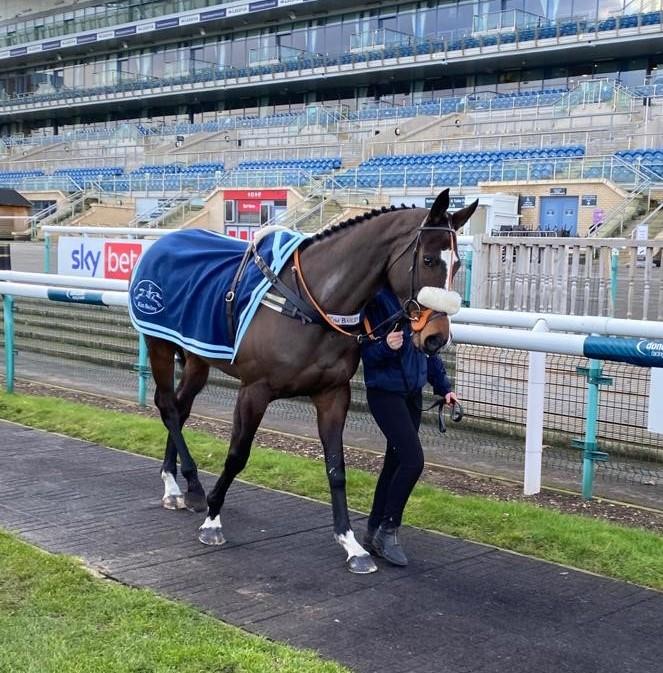 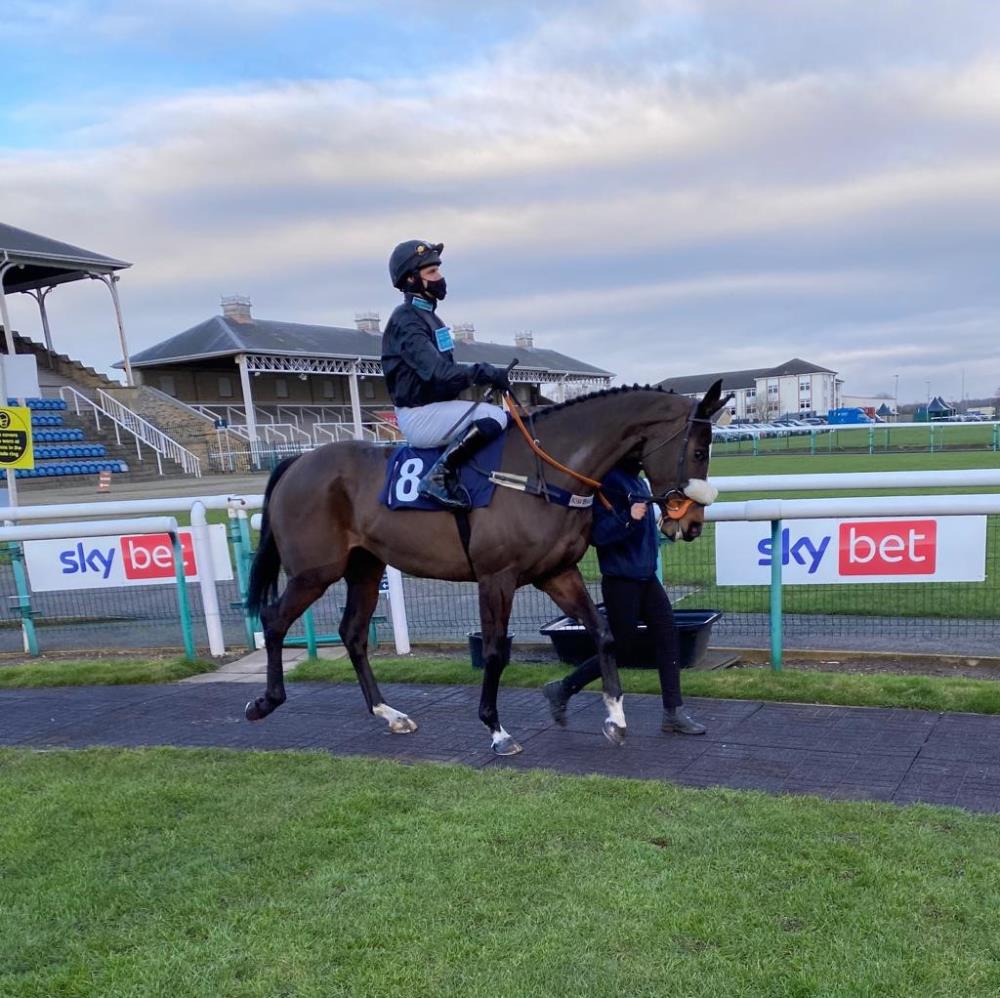 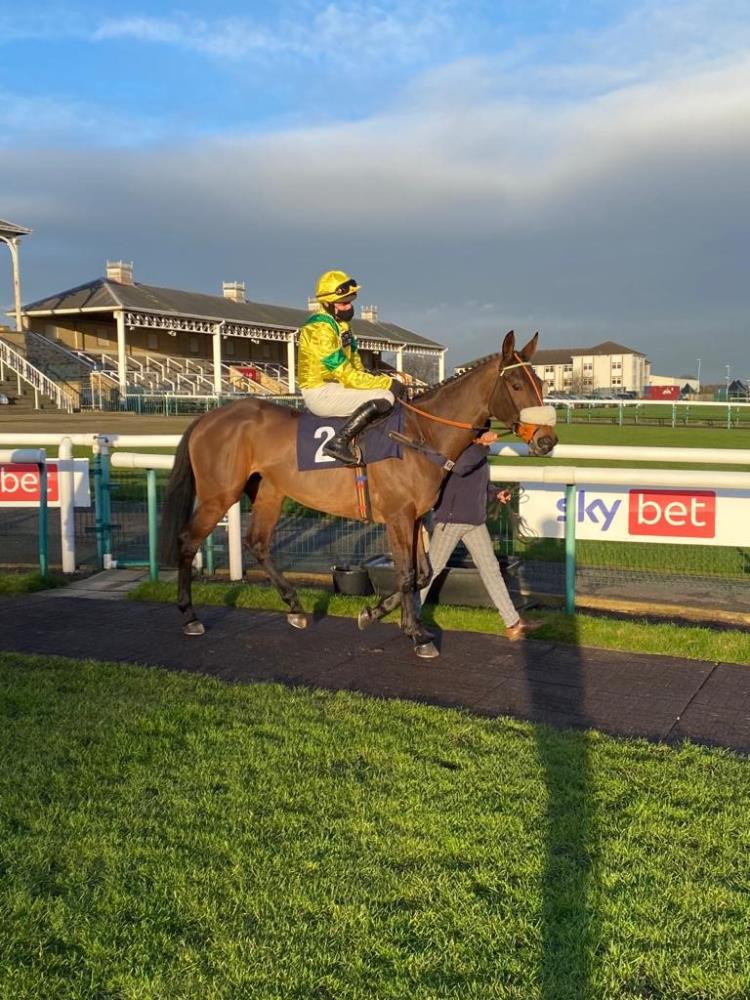 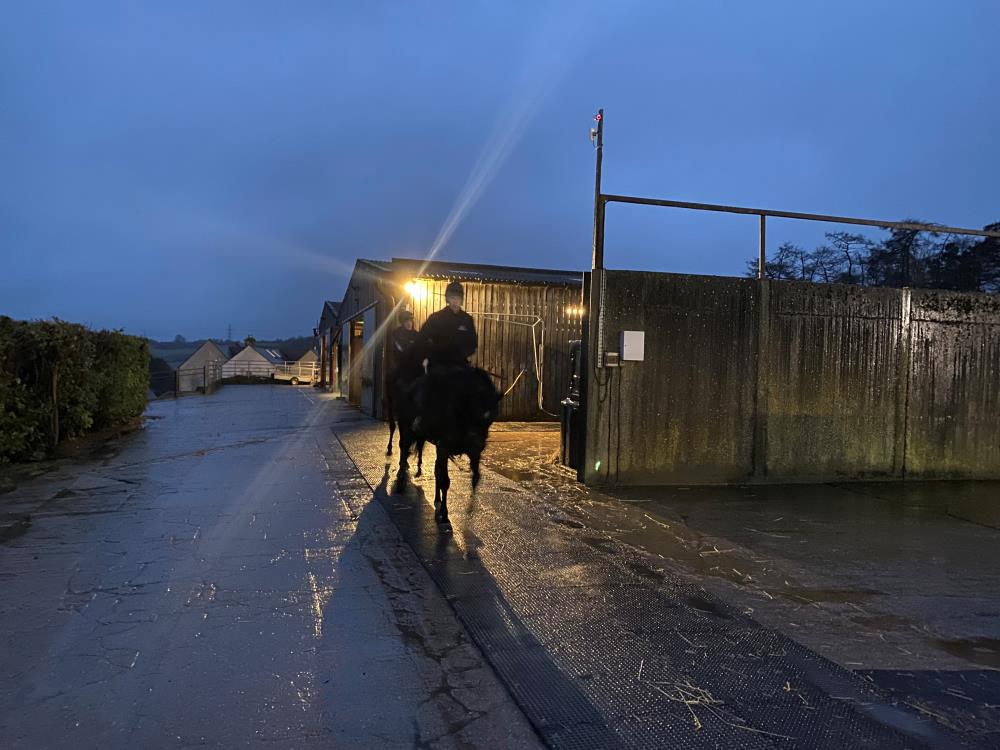 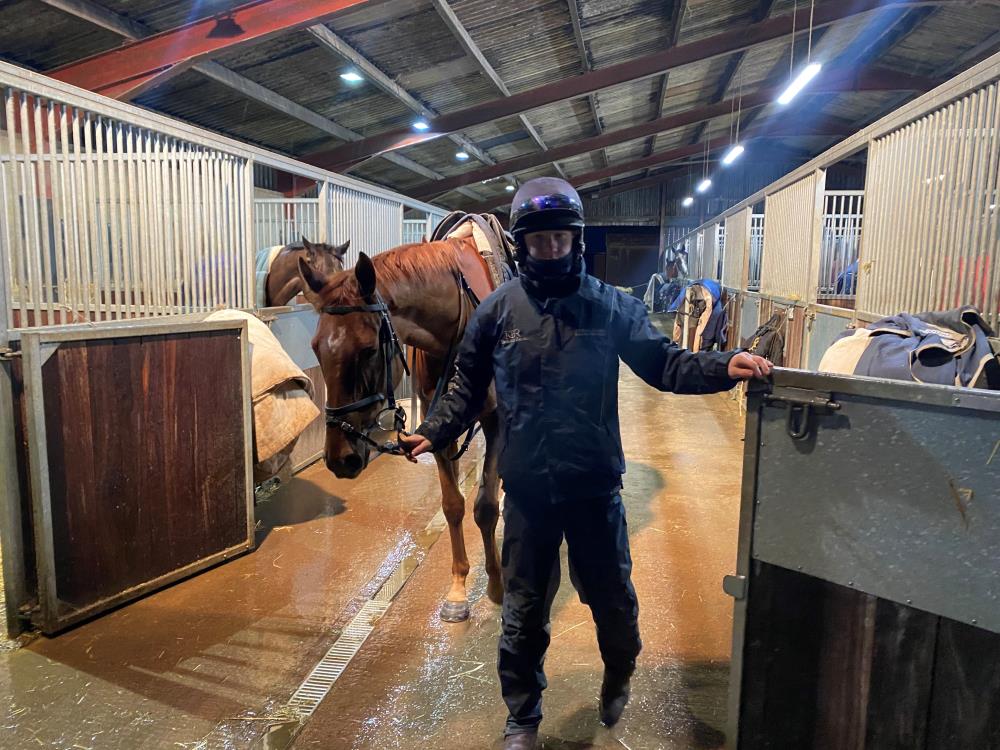 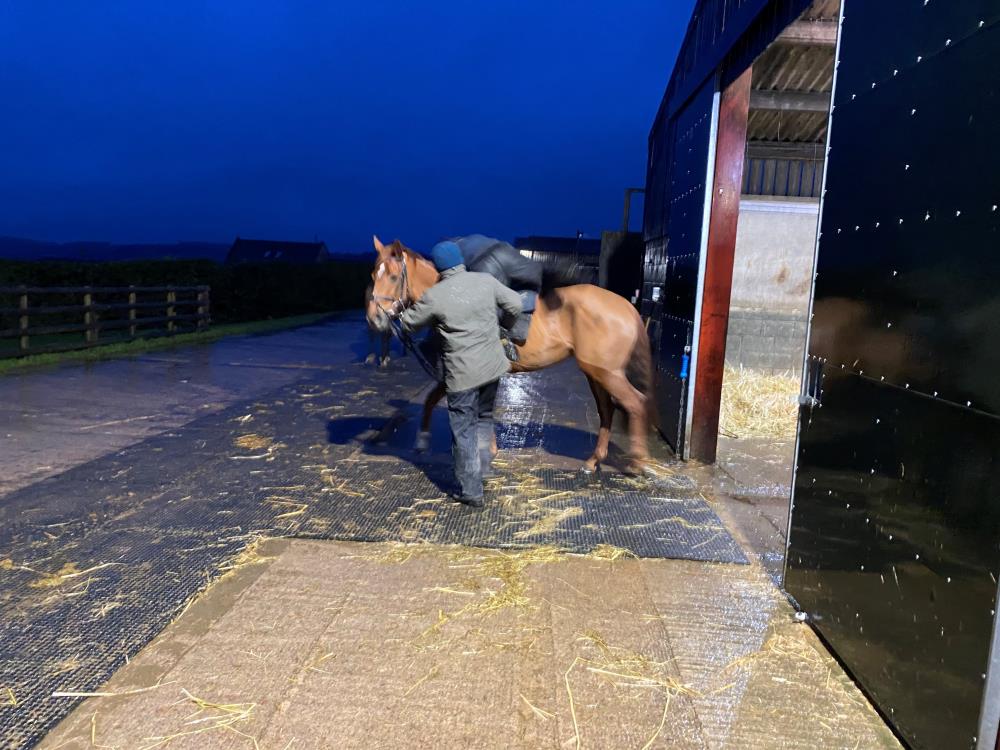 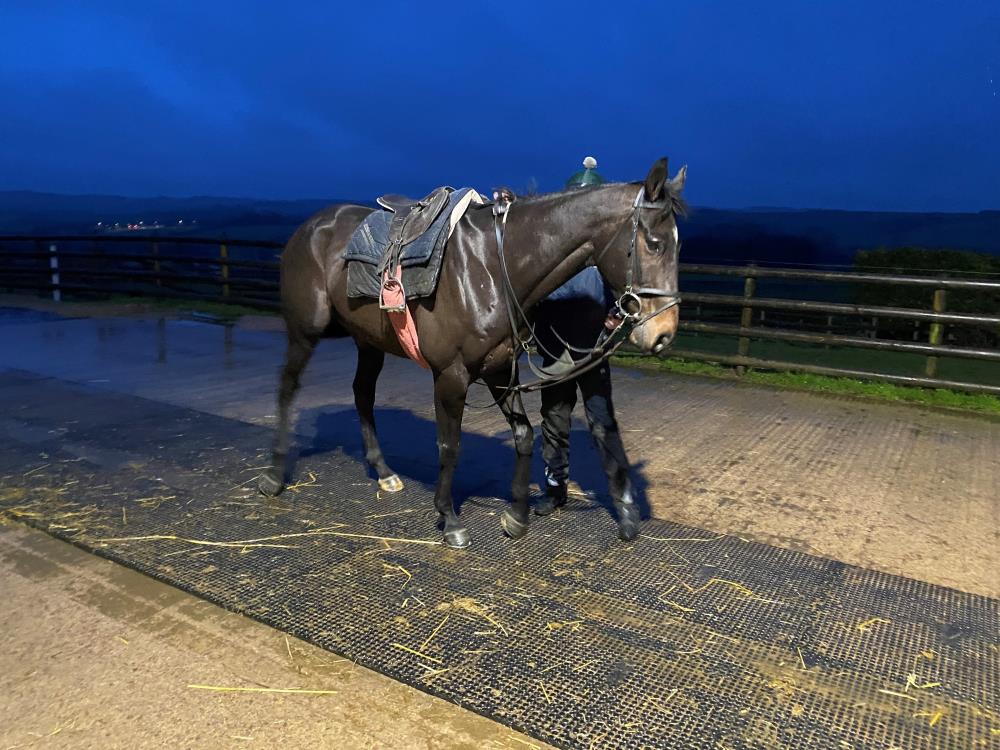 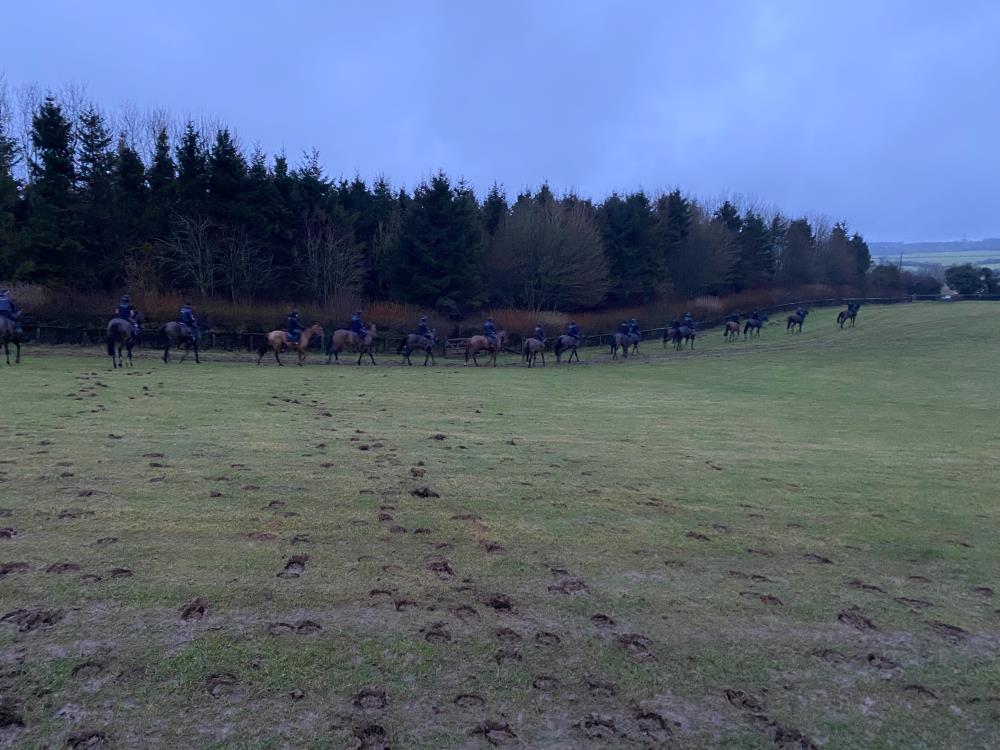 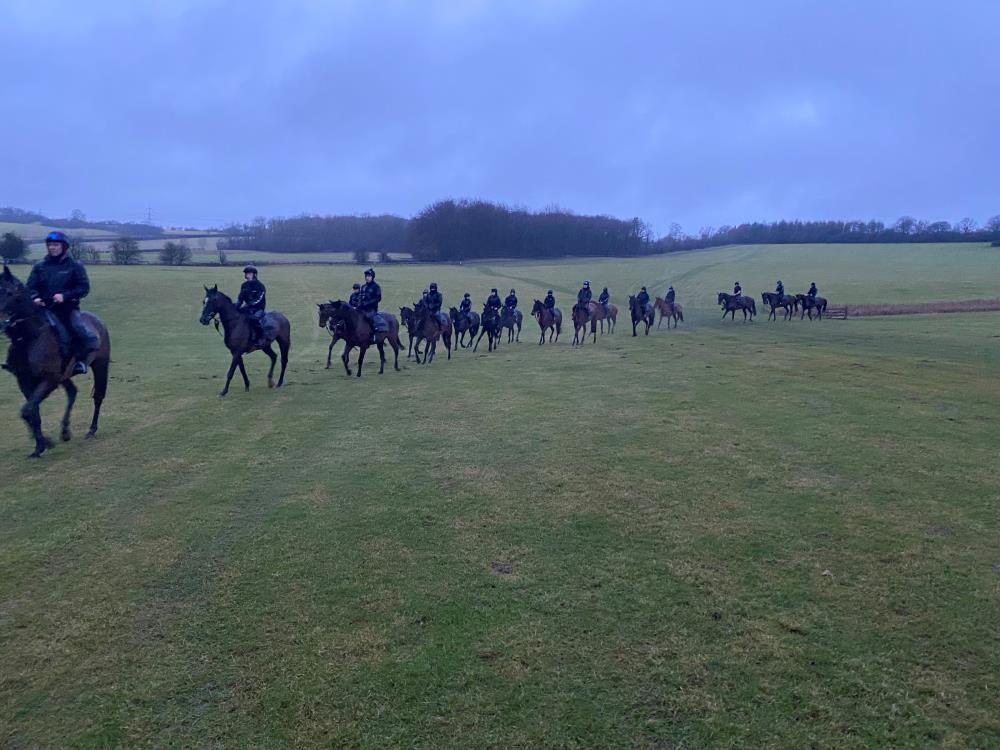