Not a bad weekend.. Twelve Roses ran to form and finished second at Kempton in the Pendil Novice Chase at Kempton on Saturday while Sunblazer again surprised and thrilled us by winning for the third time on the all-weather since Christmas at Lingfield.

We were delighted to see Twelve Roses confirm his Wetherby chase winning form. His last two runs have been on soft ground and he hated both; Saturday the ground was nearly good and he nearly won for us.. Killala Quay beat him 3 lengths when they last met and he did so again. For once I was happy to see him finish second. Cheltenham might come too soon.. we shall see.

Sunblazer.. well what can you say about him.. he is a little star.. We ran at Lingfield, over half a mile shorter than last time at Wolverhampton, not for any other reason than seeing if he liked Lingfield, and he obviously did.. He pounced to win on the line, although his jockey Willy T-D was supremely confident that he was always going to win.. He did by a nose! Sunblazer and Willy now head for The Lingfield Marathon on Good Friday…£150,000.00 race!

Norman Carter, who is understandably so over excited about his lovely little grey said that if his Sunblazer were to win the Marathon he would donate 10% of his prize money to Richard Farquhar and his Walking The Courses Charities Pancreatic Cancer and Racing Welfare.

Laval Noir and Pulling Power worked while all the rest did one canter. David Bass rode out.

Our new school surface is up and running.. I hope it lasts!

On their honeymoon, the blonde bride slipped in to a sexy nightie and, with great anticipation, crawled in to bed, only to find her new Catholic husband had settled down on the couch.

When she asked him why he was apparently not going to make love to her, he replied, "It's Lent."

In tears, she sobbed, "Well, that is the most ridiculous thing I've ever heard! Who did you lend it to , and for how long?" 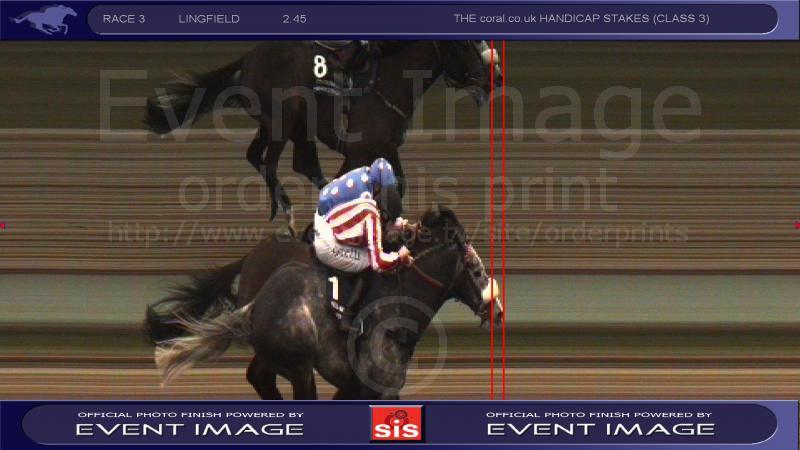 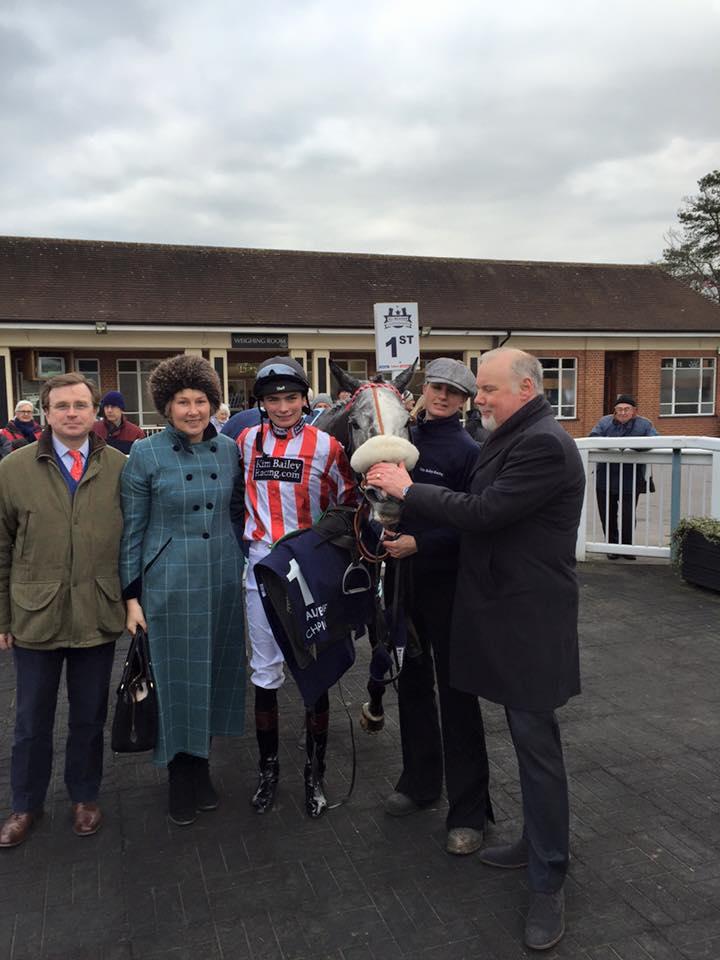 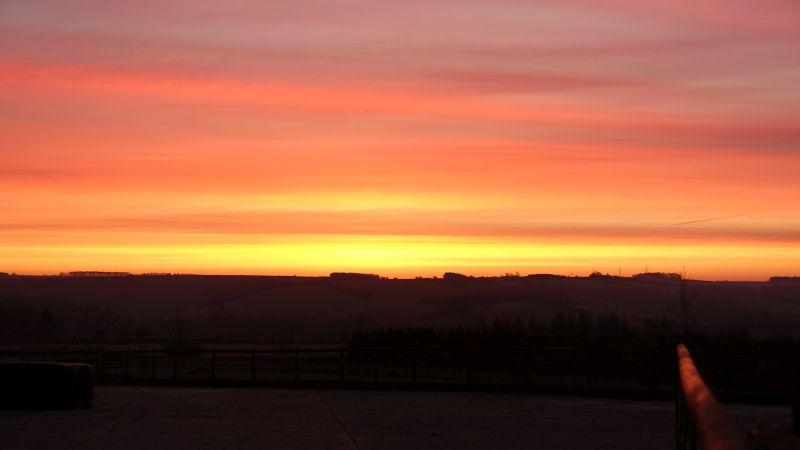 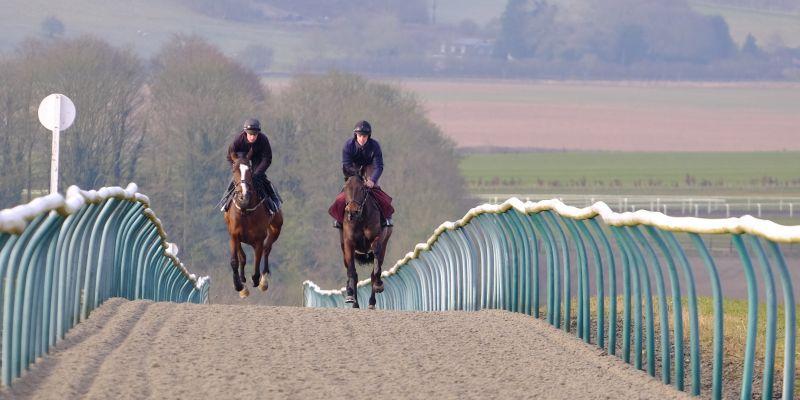 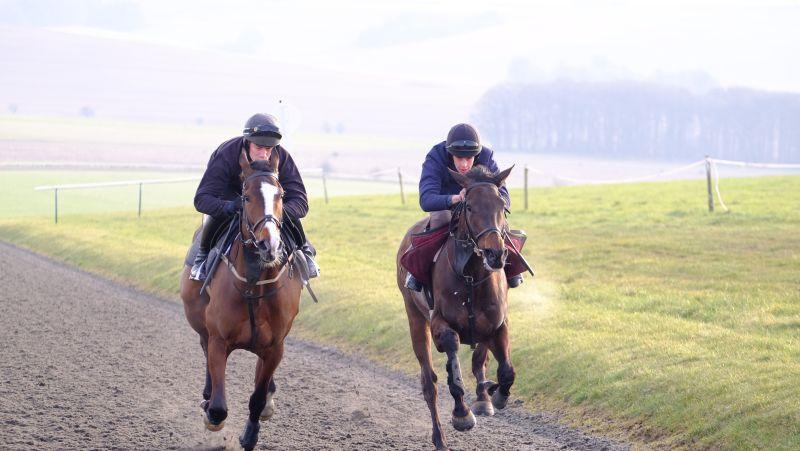 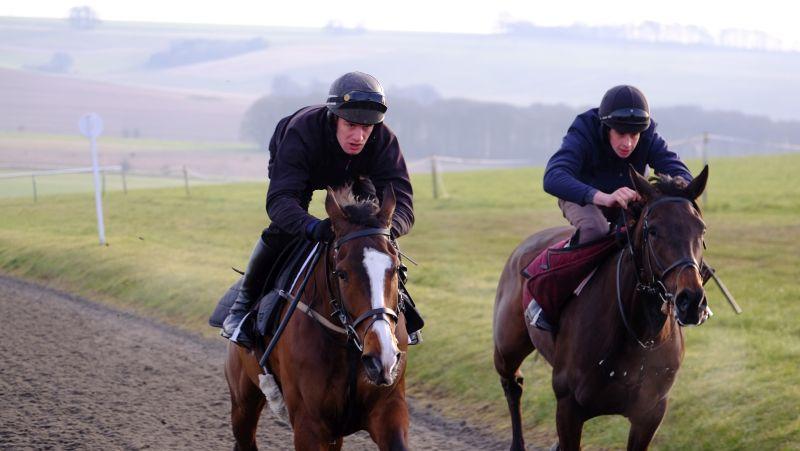 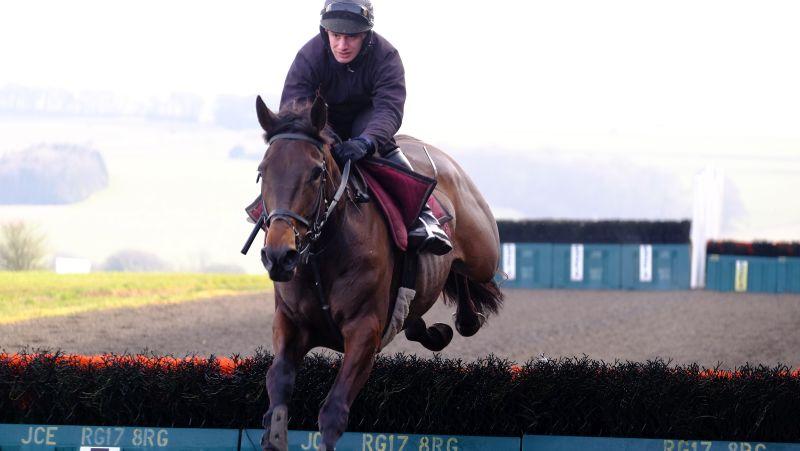 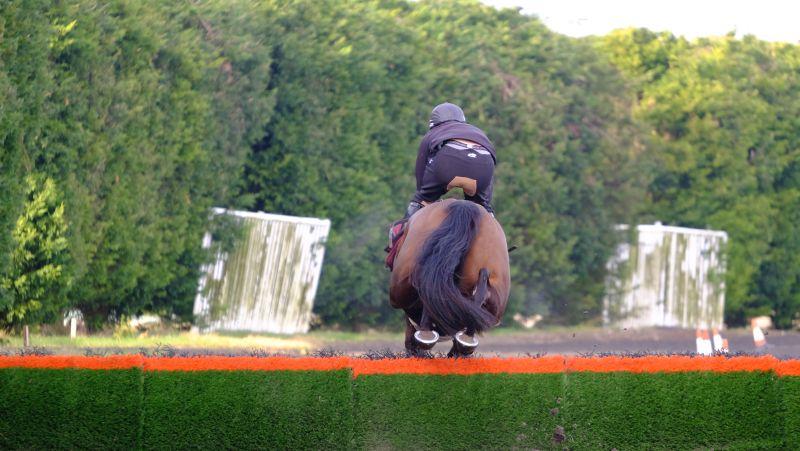 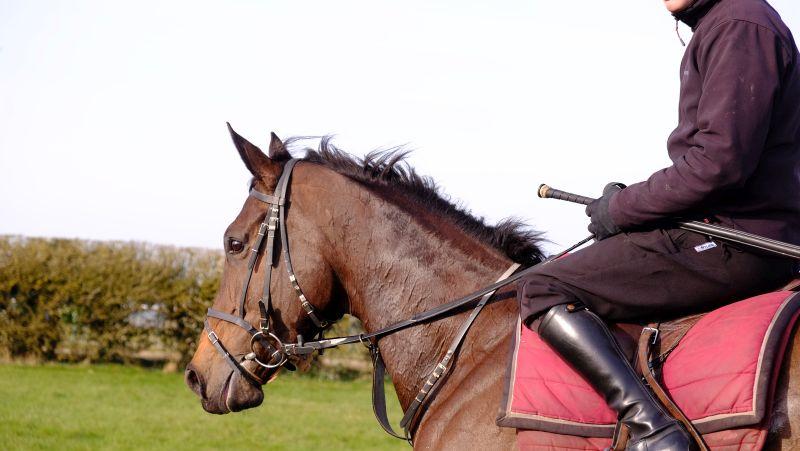